Officials deserve protection, but not when they undermine the public interest. 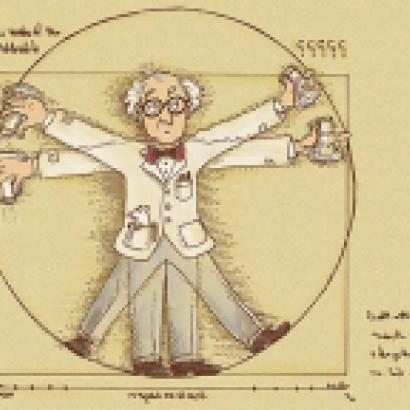 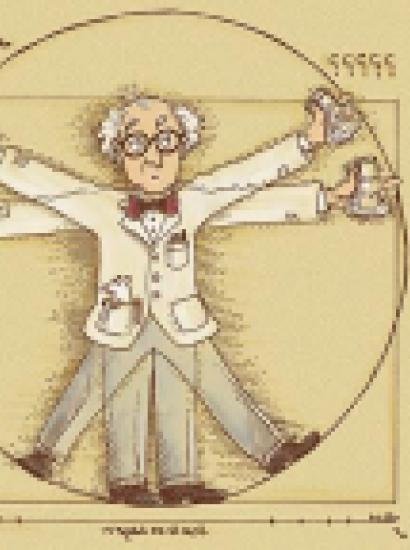 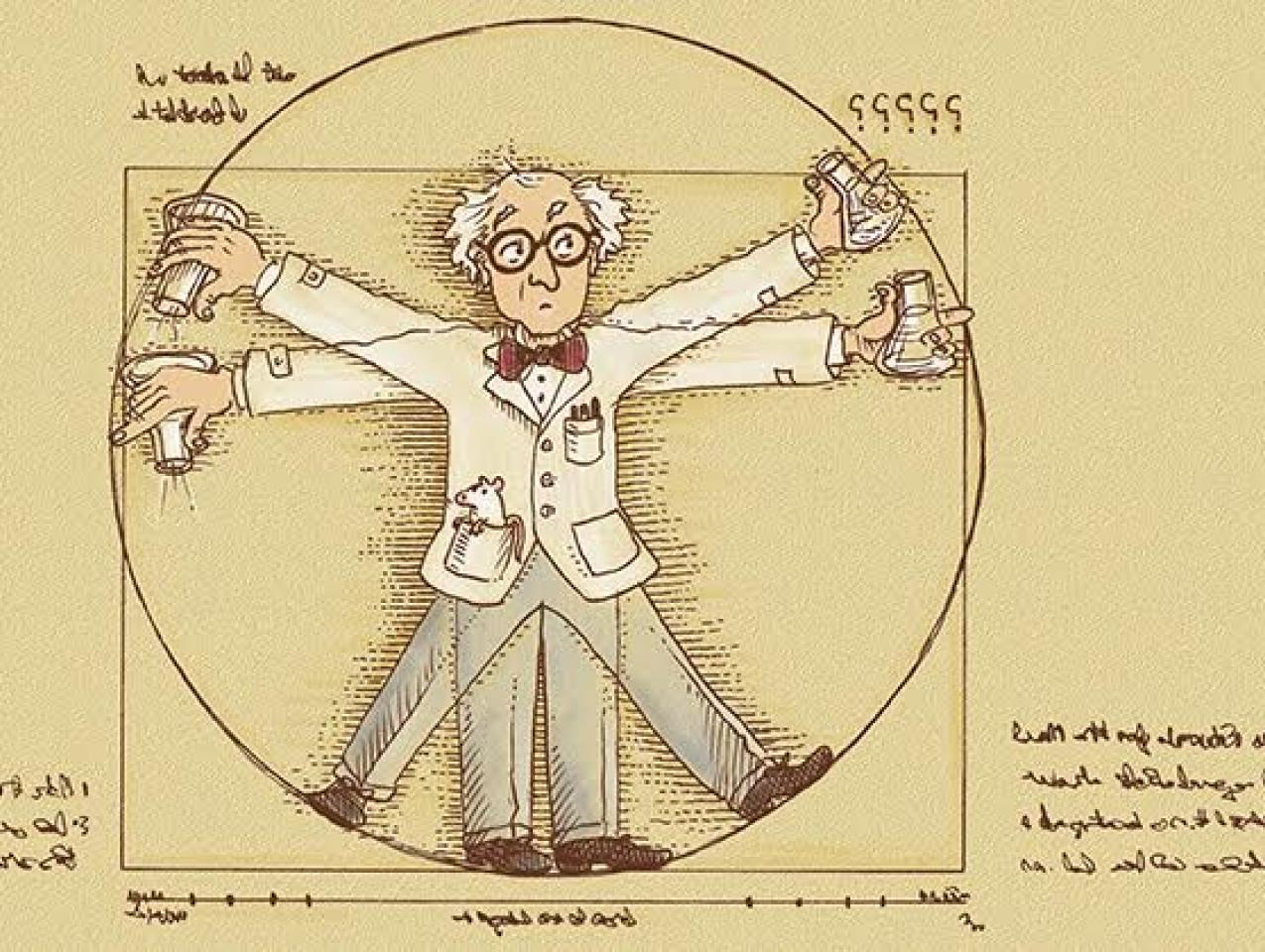 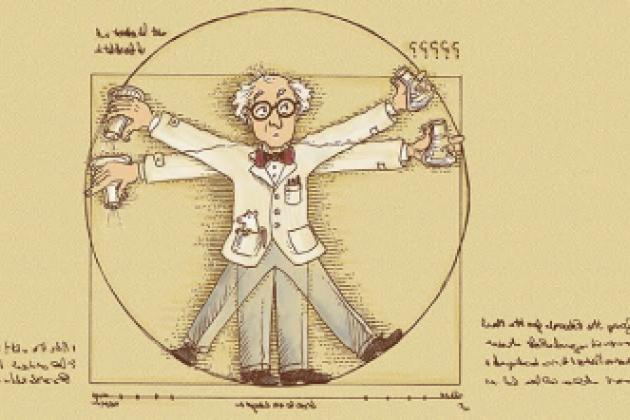 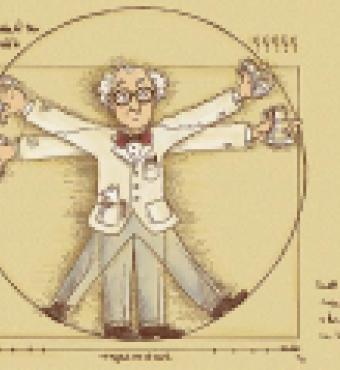 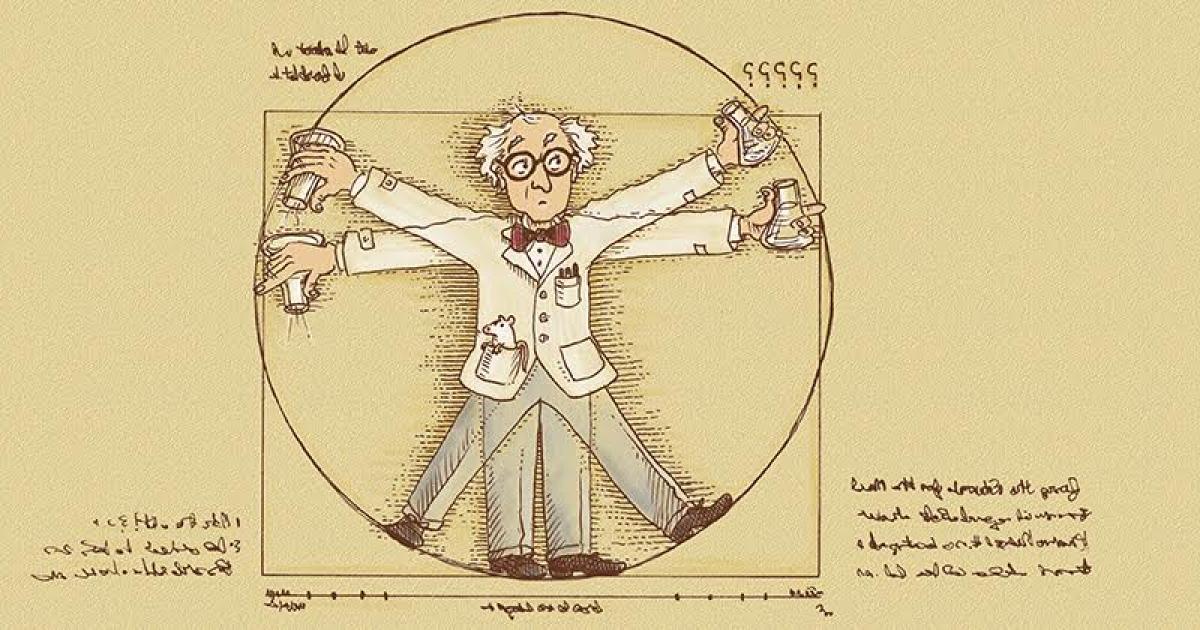 The Trump transition team circulated a 74-point questionnaire at the Department of Energy requesting the names of all employees and contractors who have attended climate change policy conferences, as well as emails and documents associated with the conferences. It asked department managers about climate science research and “clean energy” programs and requested the names of employees who work on those programs. (Before the inauguration, the department refused to provide the names of individual employees; now, they have no choice.)

This has many critics of President Trump, including environmental activists and DOE staff, in high dudgeon, fearing a purge or other actions taken against federal employees with politically unpalatable views.

Whether or not those fears are warranted, an incoming administration certainly has the right to know who in the federal bureaucracy has done what, and when, on public policy issues. Some federal employees who have collaborated on unwise, anti-social policies, or who have acted unethically, deserve scrutiny.

When I participated in international negotiations on guidelines for biotechnology regulation under the auspices of the Organization for Economic Cooperation and Development during the 1980s, some of the EPA officials on the U.S. delegation worked against the scientific and commercial interests of the United States and actually communicated our strategy to other countries’ delegates. Some people would call that sabotage.

Egregious, foreseeable, intentional missteps by regulators can and do lead to suffering, and even morbidity and mortality. You don’t need to look any further than the corruption and incompetence at the VA hospitals, FDA, and EPA. There is a strong argument that federal agencies should be held to the same standard as the military, where cowardice or dereliction of duty can lead to a court-martial and demotion, termination, or incarceration. (Significant sanctions, in the form of pay reduction, may now be possible with the resurrection by Congress of the Holman Rule, discussed below.)

Much of the federal government’s dysfunction is less obvious but still very damaging. An example is the FDA’s indefensible approach to genetically engineered animals and, in particular, its treatment of AquAdvantage, a genetically engineered Atlantic salmon that reaches maturity almost twice as rapidly as its wild cohorts. The genetic changes—the addition to the genome of a growth hormone gene from the Chinook salmon and a regulatory DNA sequence from the ocean pout—confer no detectable difference in the fish’s appearance, ultimate size, taste, or nutritional value; it just grows faster, a tremendous economic advantage to those farming the fish in a closed-water system. Its availability would also be a boon to consumers seeking low-fat and affordable sources of high-quality protein, especially in the face of food-price inflation and the obesity epidemic.

After almost 13 years of floundering over how this fish should be reviewed, the FDA opted in 2009 for the most stultifying, expensive, dilatory regulatory approach among various possible policy choices. The FDA’s Center for Veterinary Medicine chose to subject genetically engineered animals to the same burdensome pre-market approval procedures and regulations as veterinary drugs such as pain relievers and anti-flea medicines. The rationale was that the new DNA construct in the animal and any proteins it produces are analogous to drugs that have been injected or ingested—even though animals with identical traits introduced by techniques such as breeding or artificial insemination would not be subject to any premarket review at all. Doubling down on an unwise policy, during the last days of the Obama administration the FDA published a proposal to include the use of the newer gene-editing techniques—which make conservative changes in the genome but do not necessarily introduce new genes—under the animal new-drug rubric.

A more apt and far less burdensome regulatory paradigm for animals used as food would be the approach taken by another FDA unit, the Center for Food Safety and Nutrition, whose policies put the burden of ensuring the safety of foods and food ingredients on those who produce them. Its regulations prohibit the adulteration or mislabeling of food, but the agency does not inspect or evaluate every new food prior to its sale in shops, supermarkets, or restaurants. Rather, federal oversight relies primarily on market surveillance and post-marketing regulation, and the FDA takes action if there is an apparent problem. This approach has worked quite well over many years.

The law does require a premarketing safety review for certain food-related products judged to be higher-risk. These include most food additives—a class that includes preservatives, emulsifiers, spices, sweeteners, and natural and synthetic flavors and colors, among others. A food additive must be pre-approved if it will become a component of, or otherwise affect the characteristics of, a food, and if it is “not generally recognized as safe (GRAS) by qualified experts for its intended use.” (The AquAdvantage salmon would be GRAS.)

If the FDA had applied the food-regulation paradigm to genetically engineered animals, the faster-maturing salmon would have been on our dinner plates many years ago, and we could now have had robust R&D in this area. Instead, the route the FDA chose to regulate such products and the absurdly lengthy review of the AquAdvantage salmon have virtually obliterated the entire once-promising sector of genetically engineered food animals. Unrealized innovations in this sector include pigs and chickens that excrete less-toxic manure, pigs with leaner muscles, and cattle that normally have horns being born without them (obviating the need to remove them mechanically, which is extremely painful for the animals).

There were no surprises during the review of the AquAdvantage salmon. The FDA’s decades-long evaluation concluded that it has no detectable differences and that it “is as safe as food from conventional Atlantic salmon.” And because the fish will all be sterile, females and farmed inland, there is negligible possibility of any sort of “genetic contamination” of the gene pool or other environmental effects.

The AquAdvantage salmon was finally approved in November 2015 but its appearance in markets continues to be delayed by political machinations spurred by the fishing industry’s lobbying.

To put the length of the AquAdvantage salmon review into perspective, Dr. Amanda Maxham made this short list of innovations that were introduced—essentially with no regulatory delay—at about the same time that AquaBounty applied for FDA approval: Nokia 9000 cell phone, the 28.8k dial-up modem, Amazon.com and ebay.com, Internet explorer, the original SONY PlayStation, and the DVD.

A delay in the availability of cheaper salmon isn’t the end of the world, of course, but the FDA has also unnecessarily and inexplicably delayed small-scale field trials of an innovative approach to controlling the mosquitoes that transmit Zika virus, yellow fever, dengue fever, and chikungunya: the creation of a self-destructing, genetically engineered mosquito from the British company Oxitec (a subsidiary of U.S.-based Intrexon). Oxitec’s male Aedes aegypti mosquitoes have a potentially lethal mutation that makes them dependent on a specific chemical to survive. Without it, they soon die, and when males fed this chemical to keep them alive long enough to reproduce are released into the wild, their offspring inherit the mutation and die before reaching maturity. That results in a marked reduction in the mosquito population.

Because male mosquitoes don’t bite, they should present no health risk, and because their progeny die before they can reproduce, no genetically engineered mosquitoes should persist in the environment.

This approach has been successfully tested in many countries, with greater than 90% suppression of the wild population of Aedes aegypti mosquitoes. Brazil's national biosafety commission has authorized commercialization of the genetically engineered mosquito and its national health agency has indicated that it will grant a special registration.

FDA took an unconscionable five years to grant permission for small-scale field testing of the Oxitec mosquito. Coincident with mounting pressure from the growing Zika threat and the consequent need to control Aedes aegypti, in August the FDA finally approved a field trial at a single site in the Florida Keys, some 160 miles from the Zika outbreak in Miami. (Public opposition to the trial has delayed it further, although the Oxitec mosquitoes are now marketed in Canada.)

One of the challenges in the FDA’s review of the Oxitec mosquito was the regulators' lack of knowledge and experience. The U.S. Department of Agriculture had long been the agency that managed biocontrol agents, most notably the innovative sterile screw-worm fly, which was successfully developed by USDA more than 70 years ago to eradicate a devastating agricultural pest. In spite of its specific legal authority and technical expertise for overseeing field trials and commercialization of animals including genetically engineered insects, USDA ceded its authority for genetically engineered animals to the FDA for a combination of reasons, including budgetary concerns and antagonism to genetic engineering among some senior USDA officials.

However, for the reasons discussed below, the FDA should never have accepted jurisdiction over this product.

Like the AquAdvantage salmon, the FDA regulates the genetic material introduced into the Oxitec mosquito as a “new animal drug.” The rationale is that introducing DNA into the genome of the mosquitoes is analogous to dosing them with a drug. Thus, in order to be marketed, the genetic material, like other “drugs,” must be shown to be safe and effective for the animal.

That presents a bizarre and possibly insoluble regulatory conundrum, because in order to grant commercial approval to the Oxitec product, the FDA needs to employ logic that only a bureaucrat could love: Regulators would somehow have to conclude that the genetic material that causes a male mosquito to self-destruct after producing defective, doomed offspring is safe and effective for the mosquito. The FDA could find itself tied up in legal knots if, as is likely, its ultimate approval of the insect were challenged in court by environmentalists or anti-genetic-engineering activists. This Catch-22 could not have been unknown to FDA officials, who surely must be aware of their own statute's requirements for product approvals.

The FDA and USDA managers responsible for these fiascos should be held accountable.

The FDA is far from the worst offender when it comes to irresponsible policy- or decision-making. An alphabet-soup of dysfunctional federal agencies are regularly guilty of systematic waste, fraud, or abuse. Perhaps the DOE questionnaire is a sign that incoming government leaders care about holding career bureaucrats accountable.

The House of Representatives certainly does. It has approved two important measures. The first resurrects the “Holman Rule,” which empowers any member of Congress to propose an amendment to an appropriations bill that would single out a government employee for salary reduction or cut a specific program. A majority of the House and the Senate would still have to approve any such amendment. The second is the Regulations from the Executive in Need of Scrutiny (REINS) Act, which would require affirmative congressional approval of any “significant” rule—defined as one that imposes compliance costs of more than $100 million a year. If Congress failed to approve a rule within 70 days after its promulgation, it would be void. The case-by-case “opt-in” action required by Congress makes this legislation a powerful oversight tool.

When Dr. Mark McClellan became FDA commissioner in 2002, he invited a small group of policy wonks familiar with the FDA to meet with him. When he asked me what was the first thing he should do, I suggested, with tongue only partly in cheek, that he charter a small plane and exile a handful of known obstructionists to the Agency’s version of Siberia—the National Center for Toxicological Research, in Jefferson, Arkansas. The Trump administration will need to tread carefully to balance bureaucrats’ accountability with protection from arbitrary punitive actions. But in the meantime, its new FDA Commissioner should keep the plane fueled and ready to go.