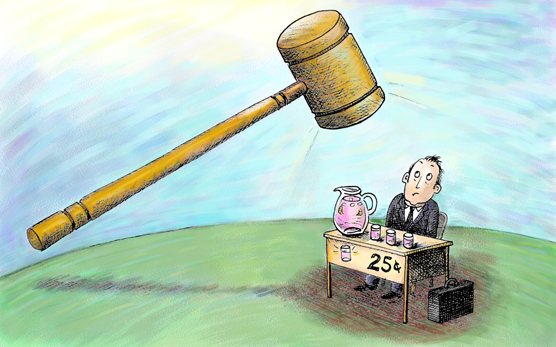 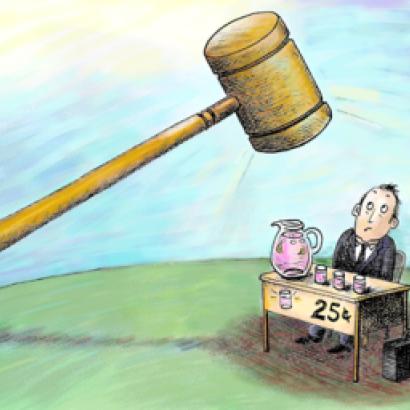 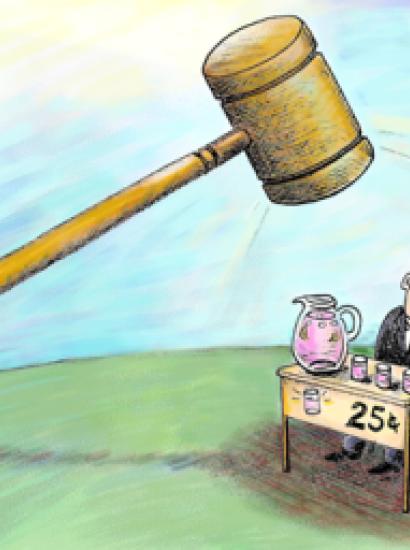 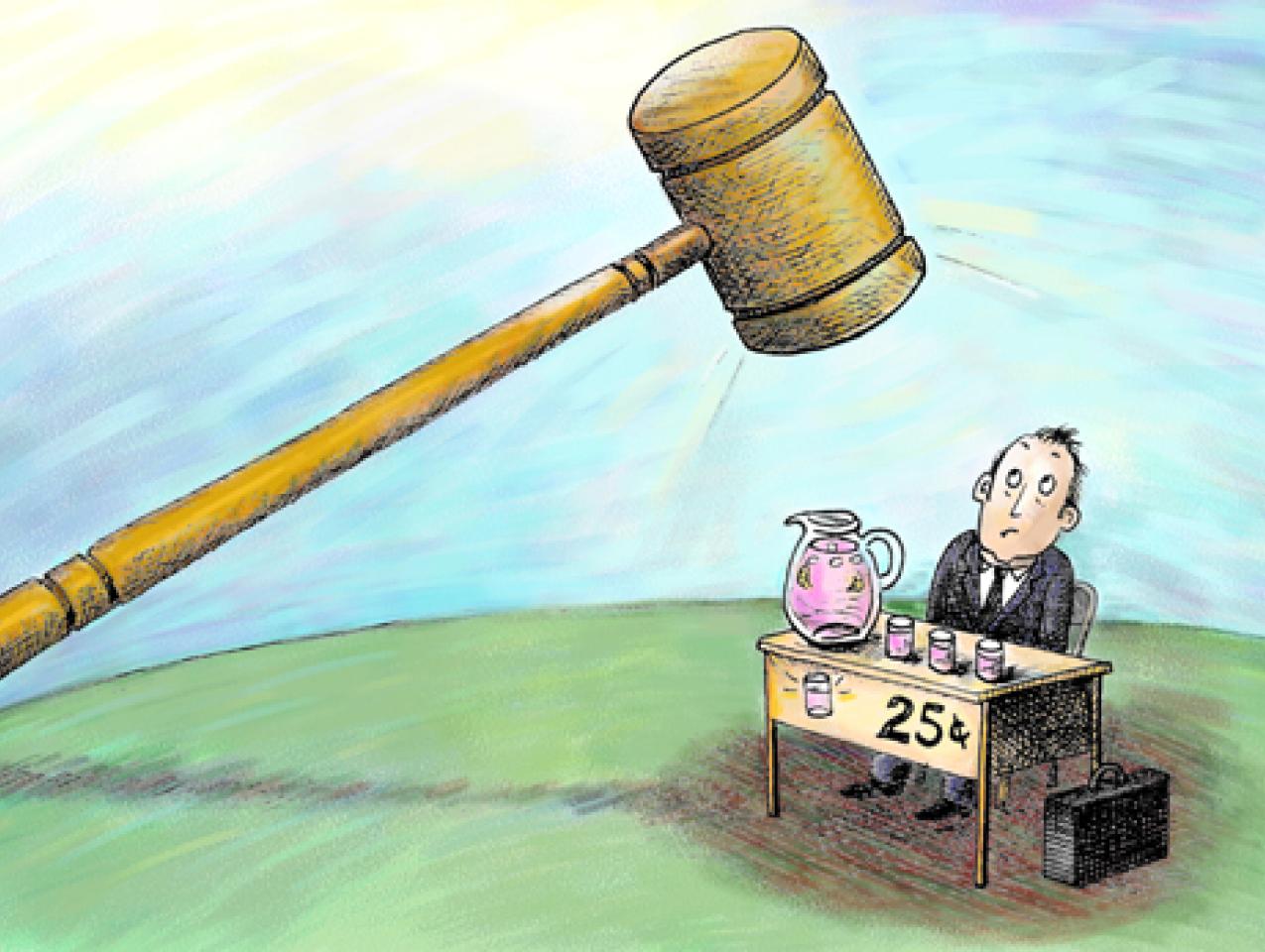 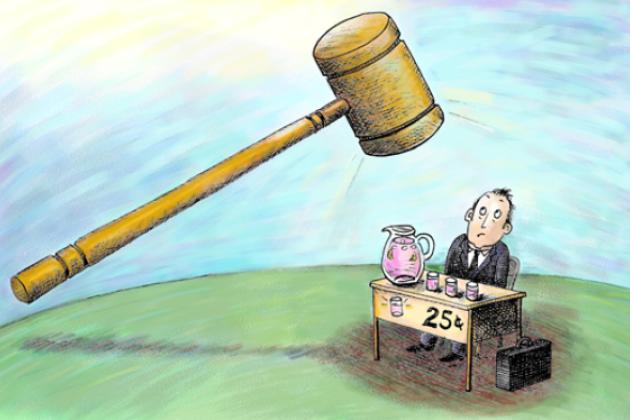 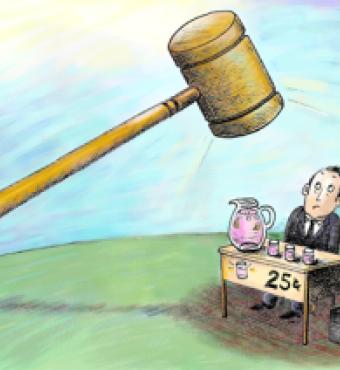 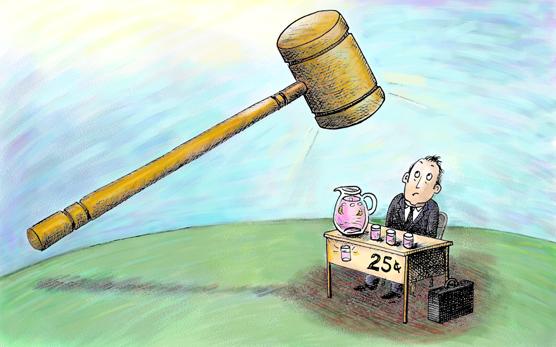 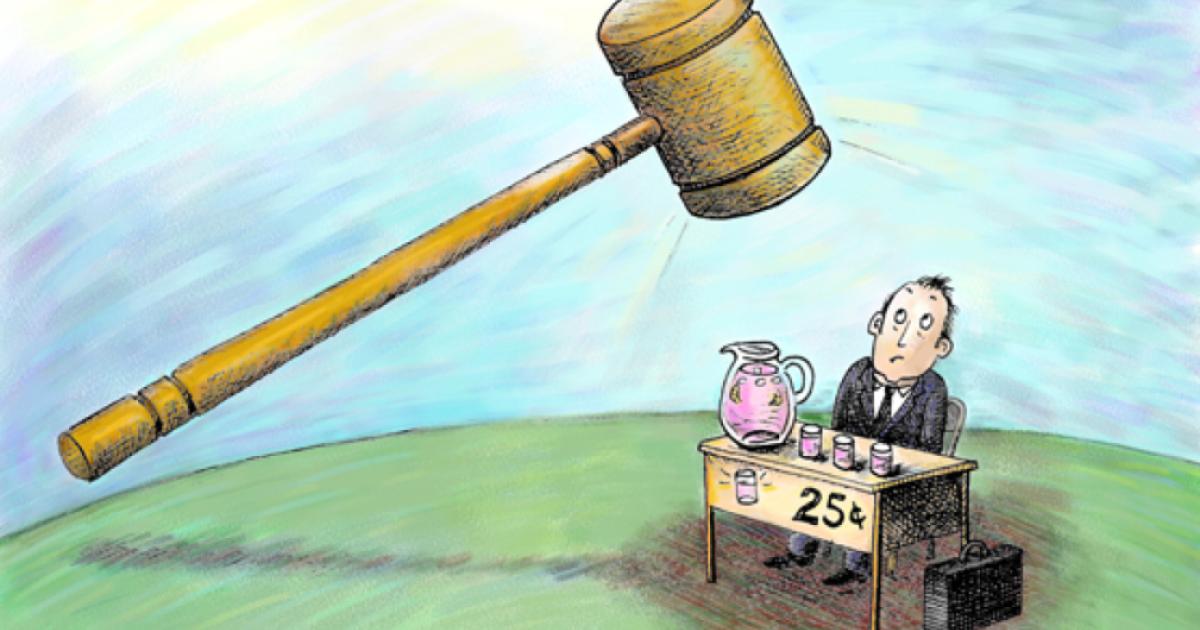 Imagine a country in which the right to a welfare check is vigorously protected—but where the government can destroy legitimate businesses and professions with impunity.

Is it China? Russia? Cuba? A socialist utopia dreamed up by the likes of George Orwell?

No: it’s the United States, supposedly the beacon of free enterprise for the entire world.

But is it really? Governments at every level—not to mention unelected regulatory agencies—regularly deny individuals the basic freedom of enterprise that is every American’s birthright. Often they do so not to defend public health or safety but for naked protectionism. 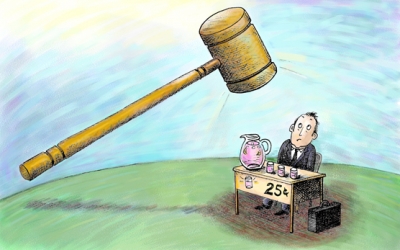 Yet when aggrieved entrepreneurs turn to the courts for protection, they almost always lose. Unlike when other constitutional rights such as freedom of speech are involved, courts apply to economic regulations the so-called "rational basis" test, under which the government prevails if the law has a rational basis. But the test is a misnomer because in most instances it requires that the government prove neither a basis for its actions nor one that is rational. Thus the perverse irony that in a nation doctrinally committed to opportunity, economic liberty occupies the basement of our constitutional pantheon.

How did this happen? The emergence of the regulatory state is well-chronicled; but the acquiescence to it by the judiciary (including many conservative judges) is decidedly less-so.

Our Constitution was meant to protect economic liberty, the right to earn a living free from arbitrary or excessive governmental restraint. Economic liberty, inherited by Americans from English common law, is one of the "unenumerated rights" protected by the Ninth Amendment. But it became a focus of constitutional debate a century later.

Following the Civil War, southern states attempted to maintain a servile labor supply through the so-called "black codes," which negated the economic liberty of former slaves by restricting freedom of contract, private property rights, and pursuit of trades and professions. Congress responded first by enacting the Civil Rights Act of 1866, which expressly protected those rights. But doubts about congressional authority to enact the law led to the enactment of the 14th Amendment, which "constitutionalized" the protections of the Civil Rights Act.

Our Constitution protects economic liberty. It is one of the unenumerated rights of the Ninth Amendment.

But only a few years later, in the Slaughter-House Cases of 1873, the U.S. Supreme Court obliterated the privileges or immunities clause. The Court, by a 5-4 vote, upheld a bribery-procured Louisiana slaughterhouse monopoly. One of the dissenters, Justice Stephen Field, lamented the decision, "for by it the right of free labor, one of the most sacred and imprescriptible rights of man, is violated."

A half-century later, in 1938, the New Deal Supreme Court completed the deed in U.S. v. Carolene Products, in which it relegated economic liberty to lowest level of constitutional scrutiny, so that while the 14th Amendment’s equal protection and due process guarantees remain vibrant, the privileges or immunities clause is a dead-letter. In the 138 years since Slaughter-House, the privileges or immunities clause has been enforced only once to invalidate a state law—and in that case, ironically, not to vindicate economic liberty, but an entitlement to welfare benefits.

Real world consequences of this judicial abdication abound, nowhere more perniciously than at the bottom of the economic ladder. Occupational licensing laws and government-imposed business monopolies (such as taxicab monopolies) prevent entry into trades and businesses that require little capital or formal training. In many instances, the barriers are imposed by boards comprised of members of the regulated industry, who wield government power to limit competition.

Perhaps the paradigm example of the lost right was the 1955 case of Williamson v. Lee Optical, in which opticians challenged a state law forbidding them from duplicating old or broken eyeglass lenses without a prescription from an optometrist. Though the law might be "needless" or "wasteful, " the Court held that it is "for the legislature, not the courts, to balance the advantages and disadvantages of the new requirement."

By such decisions, constitutional guarantees were rendered meaningless. And thus does a wrongly decided 19th century Supreme Court case continue to exert a death-grip over economic liberty well into the 21st Century.

The battle to restore judicial protection for economic liberty began in earnest in the late 1980s with the case of Ego Brown, who I had the honor to represent. Brown had worked for the U.S. Navy, but like many desk-bound Americans, he yearned to build a business of his own. He discovered an opportunity in the thousands of scuffed shoes pounding the streets. Armed with an idea, the flamboyant Brown donned a trademark tuxedo and started shining shoes at the corner of 19th and M Streets in Washington, DC.

Business flourished. Before long, District of Columbia social workers began referring enterprising homeless men to Brown, who would clean them up, give them a tuxedo, a shoeshine stand, and a second chance at life.

A wrongly decided 19th century Supreme Court case continues to exert a death-grip over economic liberty in this country well into the 21st Century.

But in our nation’s capital, no good deed goes unpunished. The local government dusted off an old Jim Crow law that forbade "bootblack" stands on public streets. They shut down Brown’s business, and soon he was destitute.

I brought a civil rights complaint on Brown’s behalf. Although we had little legal precedent to support us, the law was outrageous and the facts sympathetic. On the first day of spring 1989, the federal district court held the law unconstitutional, concluding that "the inability of the District to articulate any rational basis for distinguishing bootblacks from other types of vendors combined with the regulation’s elusive purpose compel us to declare this regulation unconstitutional."

The Brown decision became the basis for other successful challenges to barriers-to-entry-level enterprise, such as Houston’s anti-jitney law, California’s cosmetology licensing law that was applied to prohibit African hair-braiding, and the funeral cartel’s monopoly over selling caskets. But some decisions have gone the other way, including a different ruling by the U.S. Court of Appeals for the Tenth Circuit upholding casket sales, which expressly held that economic protectionism is a legitimate government objective.

Today, three nonprofit legal centers—the Goldwater Institute, the Institute for Justice, and Pacific Legal Foundation—are actively engaged in legal challenges to barriers to enterprise. The Goldwater Institute is focusing not only on the 14th Amendment but also on state constitutional guarantees that may provide greater protection for economic liberty than the federal Constitution.

One especially poignant ongoing case is the Goldwater Institute’s defense of Cindy Vong, who fled Communist oppression in Vietnam as a young girl to make a better life in America. The owner of a licensed nail salon, Vong discovered an exciting new enterprise popular in Asia called Spa Fish, in which tiny toothless carp nibble dead skin from patrons’ feet. The practice poses no health or safety risks and reportedly provides a relaxing experience.

There is no shortage of entrepreneurs facing hostile, arbitrary, protectionist, and unequal laws and regulations.

Vong invested thousands of dollars in the new venture and attracted customers from several states. But the Arizona Board of Cosmetology didn’t like what she was doing—which in its ignorance it interpreted as using fish as an "implement" for pedicures—and promptly shut down the business. Vong had to lay off employees and lost her entire investment. Her legal challenge is pending in Arizona state court, presenting both state and federal constitutional claims. In the meantime, Vong is left to ponder how it is that former and ongoing authoritarian regimes seem to be learning the lessons of capitalism, while the nation that is capitalism’s cradle seems to be forgetting them.

Hope on the Horizon

Economic liberty will remain subject to the whims of federal, state, and local bureaucrats—and to subjugation by special interests that highjack governmental processes for their own ends—so long as the Slaughter-House Cases remain on the books. Fortunately, not only have the lower courts called the decision into question and begun to apply the rational basis test more robustly, but the U.S. Supreme Court has shown itself open to reconsidering the decision.

Laying the intellectual groundwork, constitutional scholars across the philosophical spectrum have criticized Slaughter-House. Liberal scholars have called into question the Supreme Court’s doctrine of applying the Bill of Rights (which until the adoption of the 14th Amendment restricted only federal government power) to the states. Specifically, liberal scholars take issue with the court’s application of the due process clause to the states, rather than the privileges or immunities clause. Many conservative and libertarian scholars assail Slaughter-House for subverting the clear intent of the 14th Amendment’s framers.

Justice Clarence Thomas has been repeatedly and openly critical of Slaughter-House. In his concurring opinion to the Court’s 2010 decision in McDonald v. City of Chicago, which held that the right to keep and bear arms applies to state governments, Thomas devoted 56 pages to the true meaning of the privileges or immunities clause. Although the majority decision by Justice Samuel Alito did not reach the question, Alito acknowledged that "many legal scholars dispute the correctness of the narrow Slaughter-House interpretation" of the privileges or immunities clause, thus expressing a willingness to reconsider the decision in a case where it is necessary to do so.

That challenge inevitably will come, for there is no shortage of entrepreneurs facing hostile, arbitrary, protectionist, and unequal laws and regulations. The endurance and ubiquity of such measures make a mockery of America as a land of opportunity. Until the U.S. Supreme Court reconsiders and overturns the Slaughter-House Cases, government at all levels will continue to run roughshod over the American Dream.

This essay is adapted from a new Hoover Institution Press book by the author titled Death Grip: Loosening the Law’s Stranglehold over Economic Liberty.
Additional resources