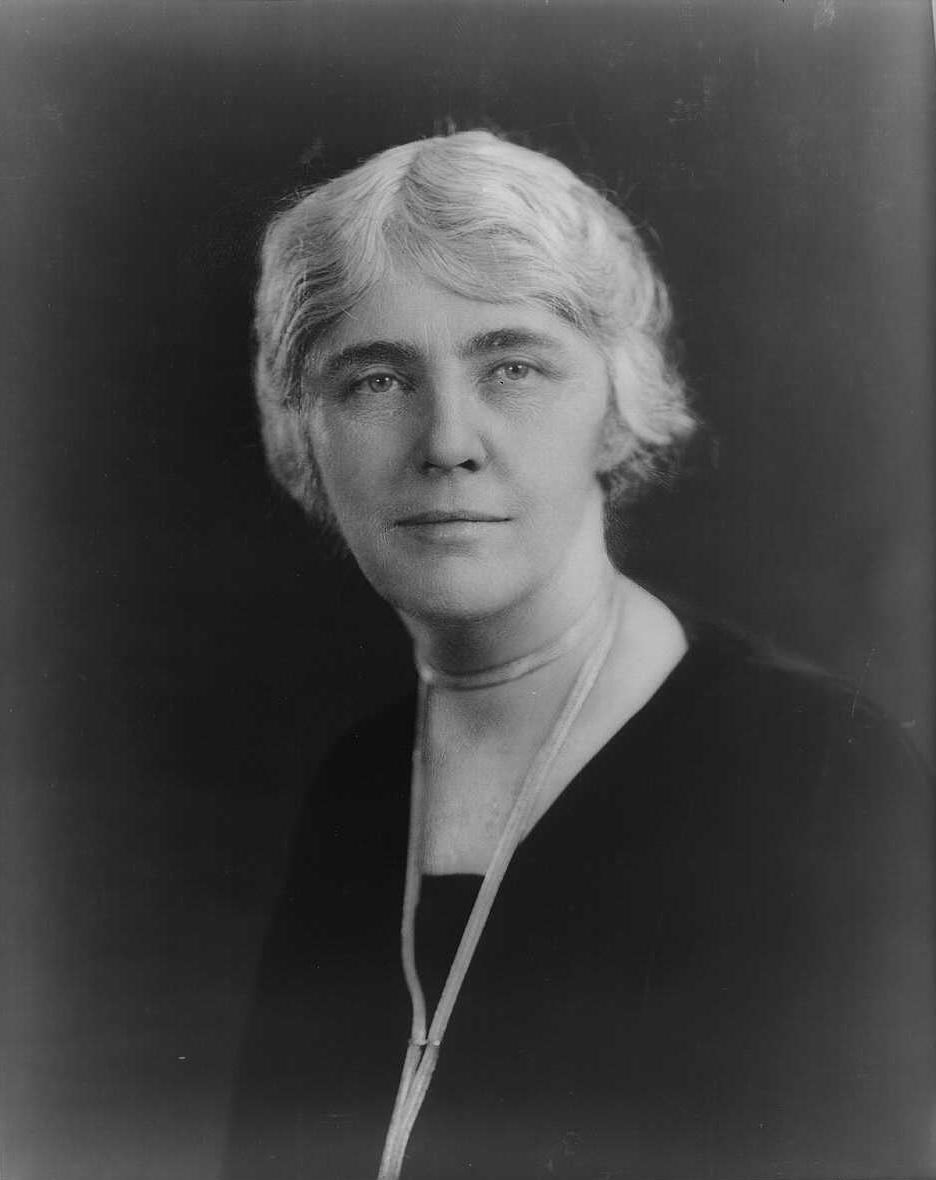 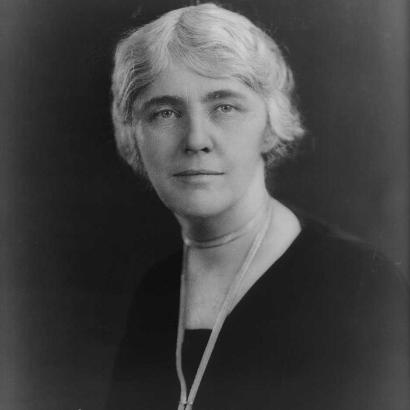 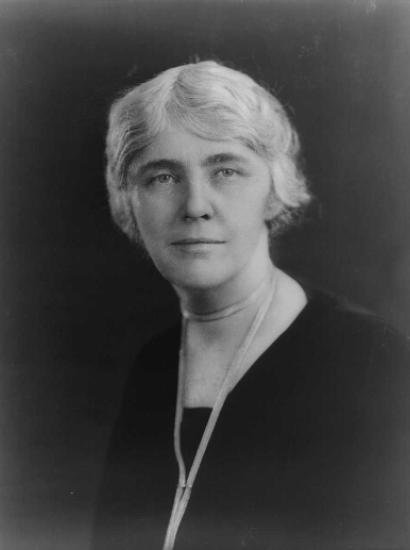 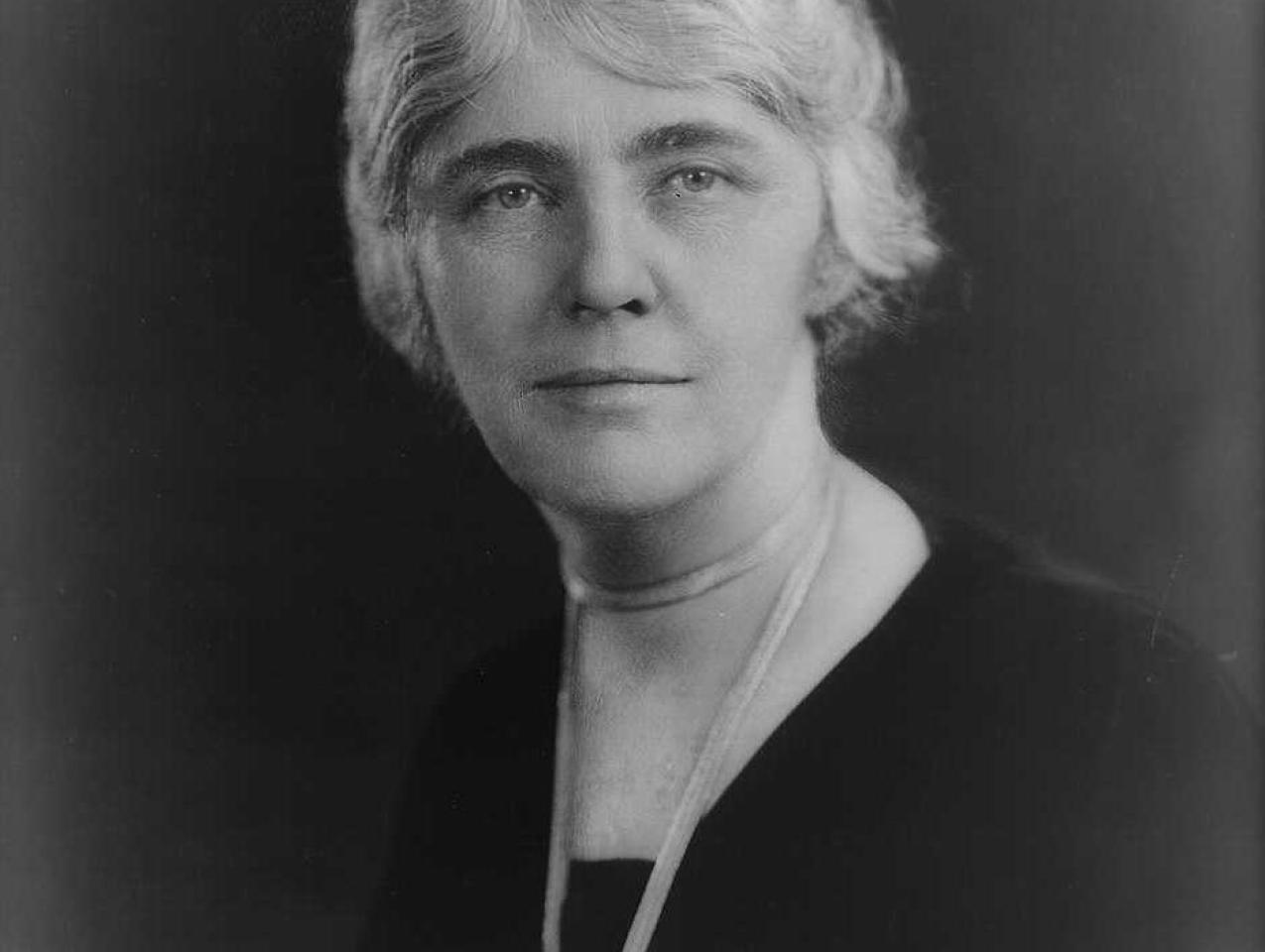 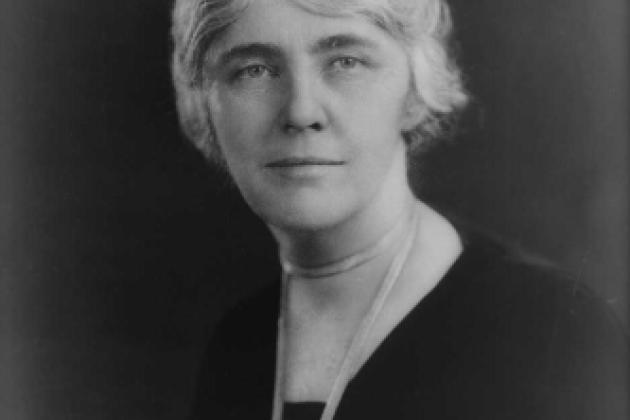 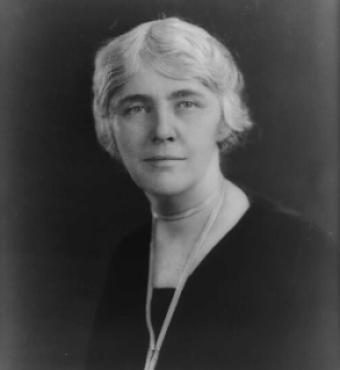 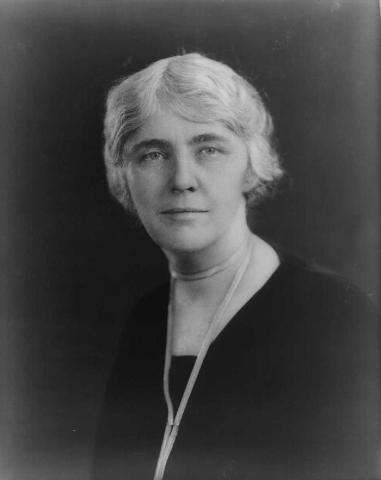 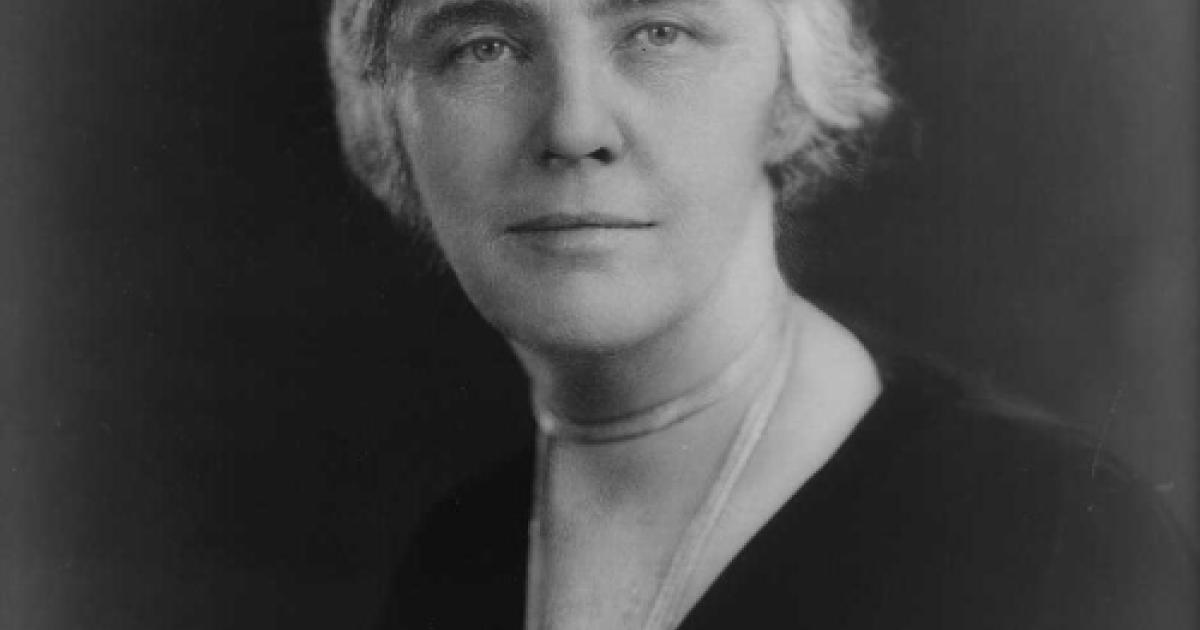 Born in 1874 to Charles Henry and Florence Weed in Waterloo, Iowa, Lou Henry was fascinated with nature from a young age. This love of nature eventually led her to pursue a degree in geology at Stanford University. When she graduated, in 1898, she became the first woman at Stanford and possibly in America to graduate with a BA in geology. At Stanford University, she met her future husband, Herbert Hoover, in a geology lab, and they were married a few months after her graduation.

The day after the wedding, the newlyweds moved to China, where Herbert took a position as a mining engineer. They settled in Tianjin. While in China, Lou studied Mandarin. Her husband traveled frequently around China, and she accompanied him on one of his trips. In January 1900, they lived through the Siege of Tianjin during the violent Boxer Rebellion.

The Hoovers moved in 1901 to London, where they were living when World War I broke out. There she helped establish the American Women’s War Relief Fund and the American Women’s Hospital. Lou and her husband saw firsthand the horrors of war, and while Herbert organized relief for the entire civilian population of Belgium and Northern France, she facilitated his work. In London, she also gave birth to their two sons, Herbert Charles Hoover Jr. and Allan Henry Hoover.

Moving back to the United States in 1917 after her husband was appointed US secretary of commerce, Lou became very active in several Washington, DC, organizations. She became vice president of the National Amateur Athletic Federation in 1922 and president of that organization’s Women’s Division in 1923. She also founded the National Women’s Conference on Law Enforcement in 1924. Having been recruited to the Girl Scouts of America by its founder, Juliette Low, in 1917, she served in various positions throughout her life: troop leader, member of the Girl Scouts Council in Washington, and twice the organization’s president, in the 1920s and again in the 1930s. She continued to be an activist throughout her life. During World War II, she spearheaded efforts to gather clothing for refugees as chair of the Western Women’s Committee in New York.

Lou Henry Hoover died unexpectedly of a heart attack on January 7, 1944. Then Stanford University president and her contemporary, Ray Wilbur, presided over her memorial service in California. His eulogy told the story of an incredible woman:

Our country was built from almost nothing to its present state by American women as much as by American men. . . . Lou Henry Hoover was such a woman. . . . Lou Henry Hoover could deal as understandingly and sympathetically with a gardener as with the head of a world conference. Her mind was scientific, her mental discipline excellent. . . . She was just as interested in the smallest Girl Scout as in the biggest economic or political person. A fine book, a good painting, a lovely concert, a good speech, a rare geological specimen, a research project always held her attention. [Stanford President Ray Wilbur at Lou Henry Hoover’s memorial service, 1944]

After her death, it came to light just how focused on the needs of others Lou Henry Hoover had been throughout her entire life. In his memoir The Crusade Years, Herbert Hoover affectionately recounts going through her meticulously documented finances after her death and discovering that she had spent almost the entirety of her fortune on donations and charitable gifts to friends, students, and people in need, many of whom Hoover himself had never known. He remembers her in his book as being full of life:

Hers were those qualities which make a real lady: loyalty and gentle consideration for the rights and needs of others, no matter who. . . . She had headed innumerable committees and institutions carrying service, especially to women and children. She had contributed more to the building of the Girl Scouts than any other woman. Her labors for others were unending.  [Herbert Hoover, The Crusade Years, p. 33]

Lou Henry Hoover was an indomitable woman who lived through sieges, economic recessions, and world wars, but who always took time to care for the needs of others before her own. Her legacy is one of incredible heart. She was a brilliant woman, a linguist, a scholar, a First Lady, a philanthropist, a mother, and a friend. She carved her own path and career alongside that of her husband, leaving a lasting impact on the world.