That humanitarian intervention may be tragically counter-productive. 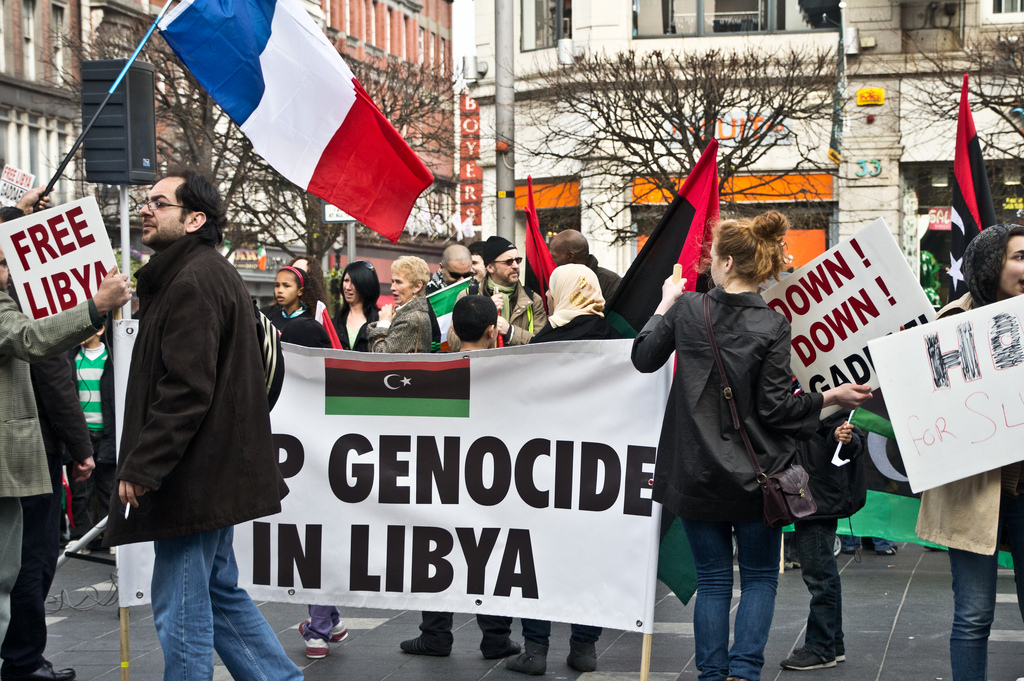 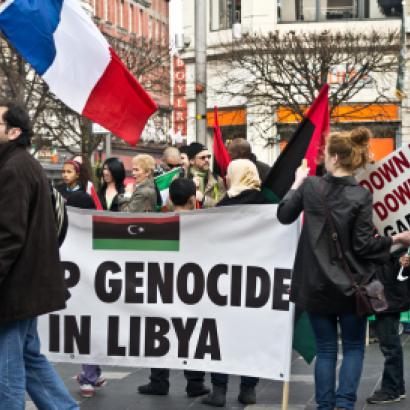 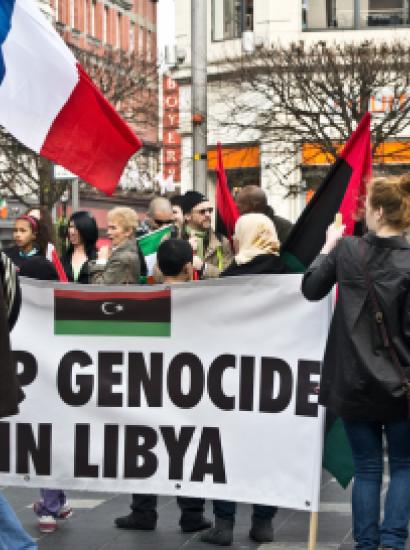 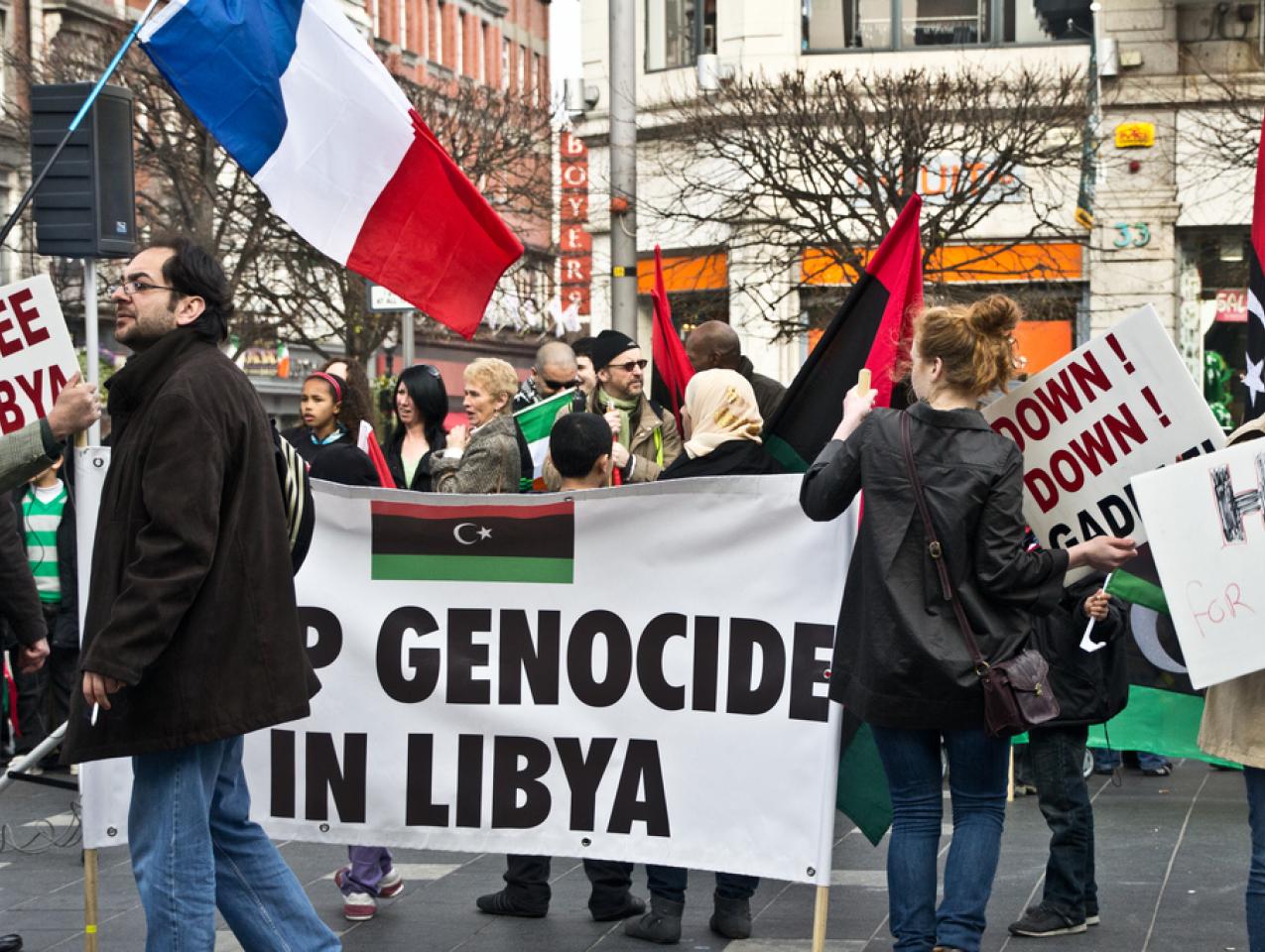 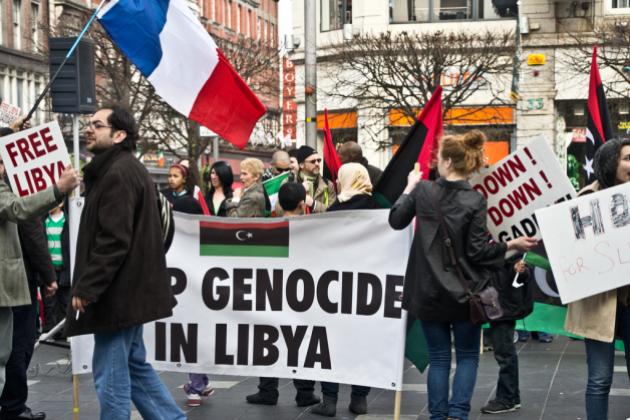 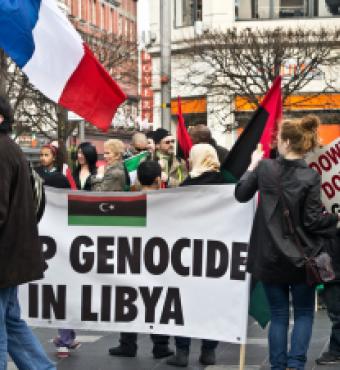 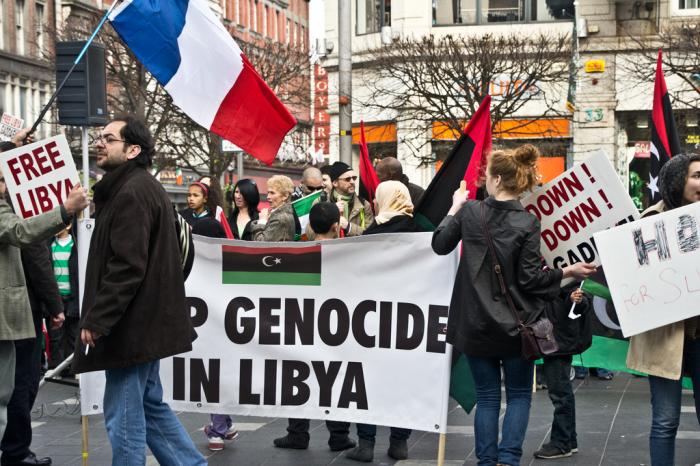 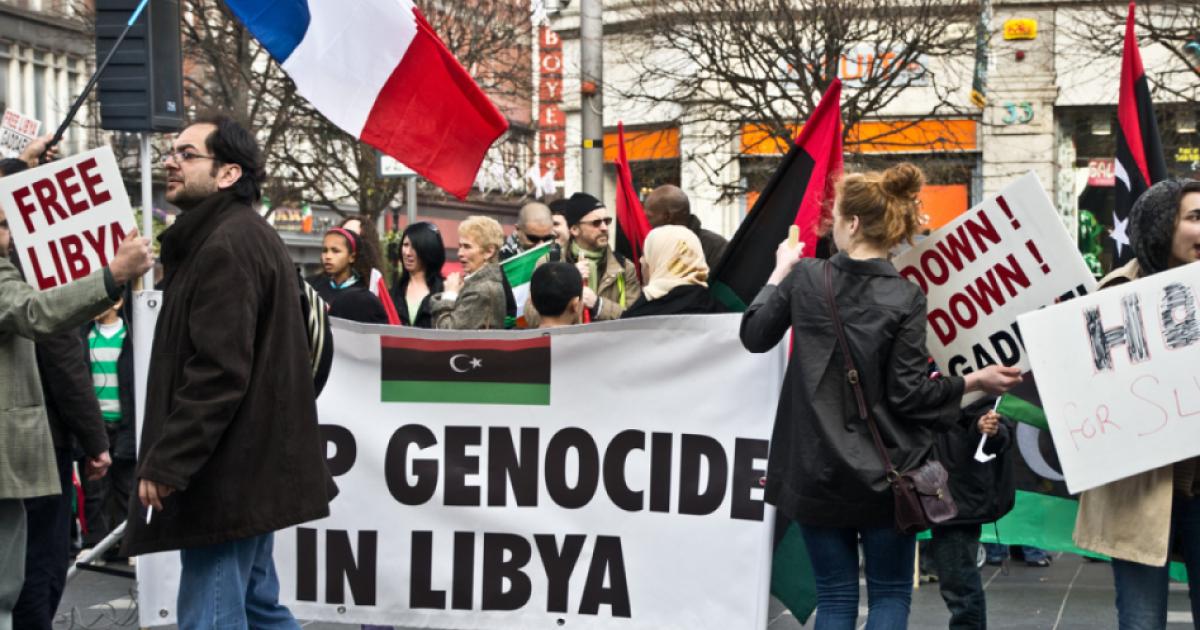 In July, American diplomats and Marines fled Tripoli and other foreign governments pulled their personnel. Ever since an international coalition led by NATO forces helped topple the regime of Muammar al-Qaddafi in 2011, governance there has been in shambles. Recently the fighting among rival militias has escalated dramatically, and there is no political solution on the horizon.

The 2011 international coalition intervention in Libya was supposed to be a step forward for the “Responsibility to Protect” doctrine: the notion that if a state fails to protect its citizens from mass atrocities, it becomes the international community’s responsibility to do so. Tragically, unless it can be turned around, the current collapse of governance and bloody infighting among factional militias there instead will result in a step backwards for this worthy principle.

“Responsibility to Protect” in Libya

In March 2011, the UN Security Council passed Resolution 1973, which imposed a no-fly zone and authorized member states to “take all necessary measures” to protect civilians under vicious attack from Qaddafi's government. At that time, Qaddafi’s forces were poised to slaughter opposition forces and civilians in rebel strongholds. The resolution passed with 10 votes in favor and 5 abstentions, including by permanent-5 members Russia and China (two other BRICS, Brazil and India, were among the abstainers). In authorizing force, the UN Security Council cited the Libyan government’s betrayal of its responsibility to protect its population.

Many advocates of intervention in Libya saw this as especially significant because Russia and China, as well as many ex-colonial states of the global South, had generally resisted such infringements on the sanctity of state sovereignty. Back in 2005, the UN General Assembly had adopted by consensus a declaration that the international community was prepared to take decisive action to protect populations from genocide, crimes against humanity, and certain mass atrocities. That consensus statement stipulated, however, that resort to military force would be decided on a case-by-case basis by the UN Security Council, thereby severely checking its application in specific instances.

During and immediately after the ensuing military operations that rapidly escalated and ultimately helped dislodge the odious Qaddafi regime, commentators made two exaggerated claims about the upshot for the Responsibility to Protect doctrine. To some proponents of this doctrine, this was a crucial moment of advancement: Although the Security Council Resolution did not explicitly cite the Responsibility to Protect as the basis for its action, and the Western P-5 members were generally measured in their rhetoric, Russia and China were no longer reflexively standing in the way of intervention, and a broad array of states were banding to uphold humanitarian imperatives in a crisis. That optimistic reading of Resolution 1973 as a defining moment for the Responsibility to Protect overstated the precedential value of Security Council consensus on a uniquely isolated government that even the Arab League had shunned.

To some critics of the intervention, NATO and the United States had overplayed their hand. By taking a limited UN Security authorization of force to protect vulnerable civilian populations and pursuing all-out regime change, they provoked the ire of Russia and China, who claimed a bait and switch. They also played into the fears of states in the global South that viewed Responsibility to Protect as hegemonic and prone to abuse. That claim—that expansive interpretation of a limited authorization of force would backfire against the Responsibility to Protect doctrine—overstated at least Russia and China’s surprise that the objective of NATO intervention was to support Qaddafi’s overthrow. Once operations were underway, those governments now saw this as an opportunity to exact diplomatic costs on NATO and send signals about cases like Syria that they always cared much more about.

The Future of “Responsibility to Protect”

Both early claims about the legacy of the Libya intervention had some validity, but both were also too quick to judge. In the broader debate between the imperatives of humanitarian protection and state sovereignty, the practical results of actions matter greatly, especially in the eyes of governments weary of war or skeptical of the intentions of major military powers.

Advocates of international legal reform tend to focus on formal expressions of support or dissent—Security Council or General Assembly votes, for example—in measuring the progress of international norms. That is why many governmental and non-governmental advocates of the Responsibility to Protect doctrine fought so hard for the UN General Assembly to confirm support for it in 2005 and why they flagged as significant language in Security Council Resolution 1973 emphasizing civilian welfare. These words are important, but success or failure of normative developments depends heavily on practical results, though, too.

Among Western governments, the 1999 Kosovo intervention generally represents the idea that a military intervention can be morally justified, even if it is not formally legal under international law. The 2003 Iraq War, by contrast, is often viewed as standing for the dangers of preemptive or preventive war. In both cases, the UN Security Council membership—and the community of states generally—was sharply split at the time, and the outcome of those interventions greatly shaped they way they are viewed today.

Imagine if instead of establishing conditions for peace accords, NATO’s Kosovo intervention had been bogged down in a long-term civil war. It’s hard to believe that what many cautioned at the time could be a quagmire in Kosovo would be cited now as legitimating humanitarian intervention. Meanwhile, imagine if U.S.-led coalition forces had found that Saddam Hussein’s regime was readying a nuclear arsenal under the noses of UN inspectors and if its overthrow had paved the way to a stable democracy. Many governments today would not be so quick to dismiss preemptive self-defense against rogue states as reckless.

Returning to the Libya case, the legacy for Responsibility to Protect is still being written—but it looks bleak. The visible results today greatly favor opponents of humanitarian intervention. One of the very arguments leveled so often by states hostile to or skeptical of the Responsibility to Protect is that outside military intervention is likely to sow turmoil, a view that many of them now see as vindicated in Libya. That’s what makes the current collapse and militia warfare there so tragic not only for its population and region but for the ideals that justify intervention.

Lessons From and For Iraq

It is debatable whether the current, dismal state of affairs in post-intervention Libya is properly attributed to poor planning, flawed execution, a lead-from-behind strategy, or the inevitable implosion of the brittle Libyan state. It does seem clear that however well-intentioned, the most zealous advocates for humanitarian intervention within the Obama Administration were not prepared or able to see that endeavor through beyond immediate-term objectives. Many lessons of the 2003 Iraq war—especially the problems of a governance vacuum without a viable, long-term stabilization plan—are on display again. Though not on the same scale, the outcome in Libya is, like the outcome in Iraq, damaging a broader foreign policy vision.

A lesson—immediately relevant as the United States now conducts air strikes in Iraq to protect vulnerable populations from slaughter by barbaric militants—is that successful humanitarian intervention requires a viable reconstruction plan. That may seem like an obvious statement, applicable to many types of military adventure, but it is easy to dismiss when faced with a short-term opportunity to stop the most flagrant atrocities. President Obama essentially acknowledged as much in a recent interview:

I’ll give you an example of a lesson I had to learn that still has ramifications to this day. . . . And that is our participation in the coalition that overthrew Qaddafi in Libya. I absolutely believed that it was the right thing to do. . . . Had we not intervened, it’s likely that Libya would be Syria. ... And so there would be more death, more disruption, more destruction. But what is also true is that I think we [and] our European partners underestimated the need to come in full force if you’re going to do this. Then it’s the day after Qaddafi is gone, when everybody is feeling good and everybody is holding up posters saying, ‘Thank you, America.’ At that moment, there has to be a much more aggressive effort to rebuild societies that didn’t have any civic traditions. . . . So that’s a lesson that I now apply every time I ask the question, ‘Should we intervene, militarily? Do we have an answer [for] the day after?’

The decision-making principle that protective military actions must include a viable day-after plan carries special significance in these cases because the legitimacy of such actions—whether labeled “Responsibility to Protect,” humanitarian intervention, or something else—is often so contested globally. Those stakes are lower in Iraq than they were in Libya because the Iraqi government now welcomes American intervention; there is therefore no concern about violating sovereignty. But the success or failure in providing security to vulnerable populations will undoubtedly influence future political debates in Washington and other world capitals about humanitarian intervention in other cases.

What Will Libya Stand For?

In the future, when the UN Security Council is sharply divided over intervening to avert mass atrocities, will diplomats cite Libya as a model of responsible international governance? More likely, they will cite it as a cautionary tale of hubristic folly. Sadly, the failure of the intervening powers to either predict this chaos or invest in necessary follow-up to prevent it will leave the normative justification for their actions weaker, not stronger.