“The world by 2049 will be defined by the realization of Chinese power,” write Bradley Thayer and John Friend, referring to the centenary of the founding of the People’s Republic. “China,” these American academics tell us, “will be the world’s greatest economic and political force.” Must Americans accept the inevitability of Chinese dominance of the international system? 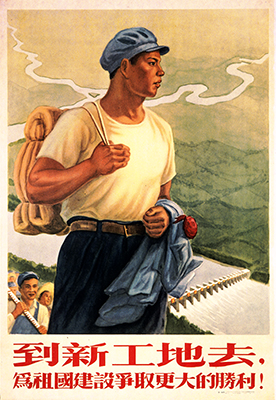 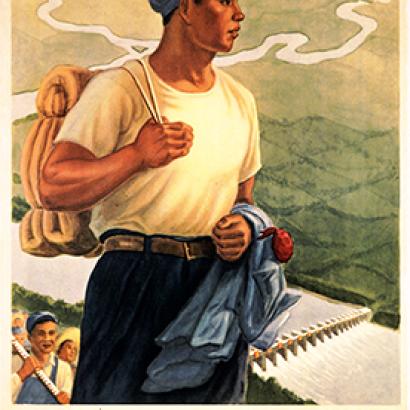 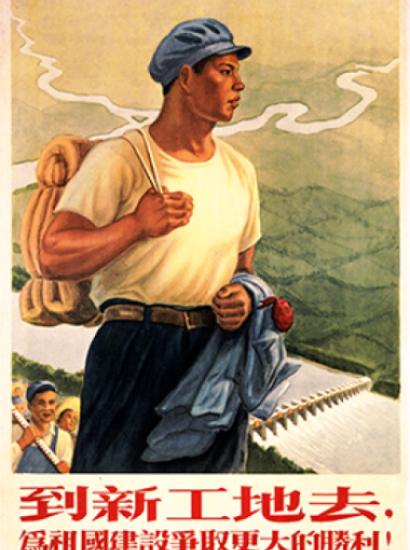 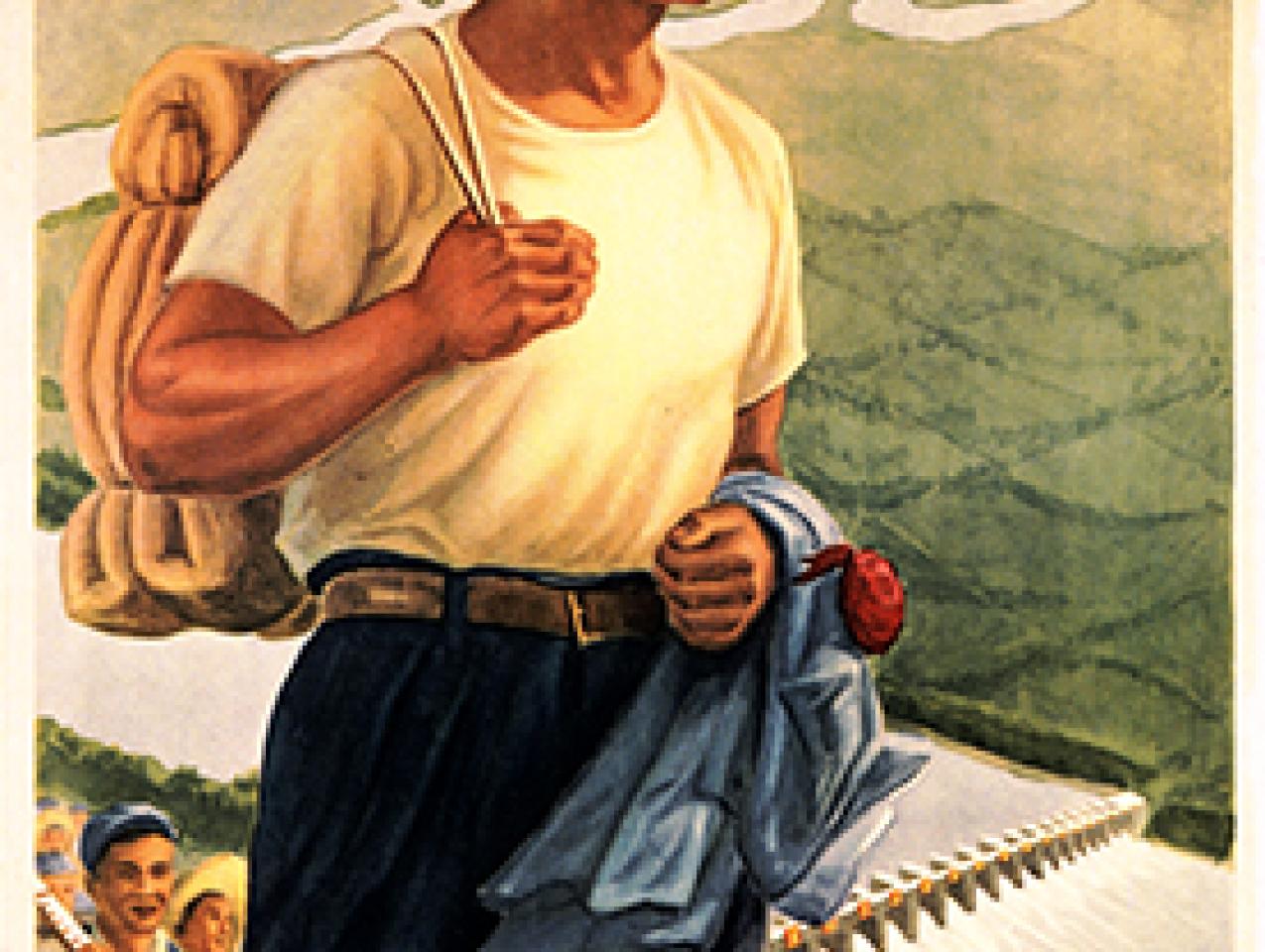 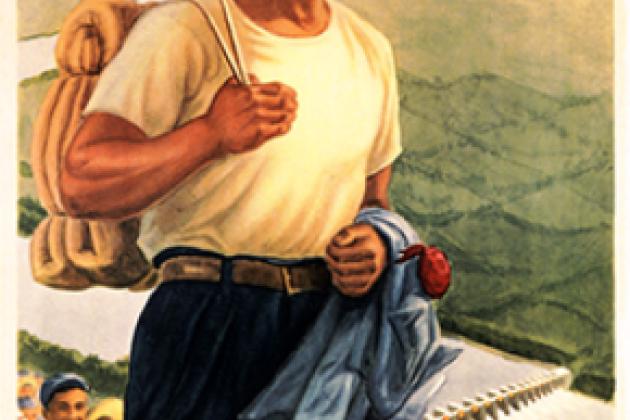 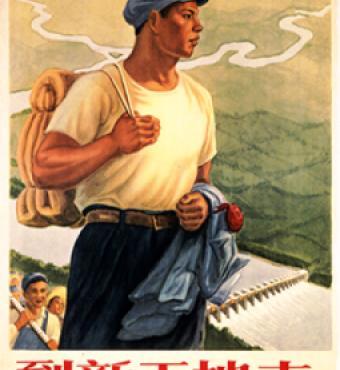 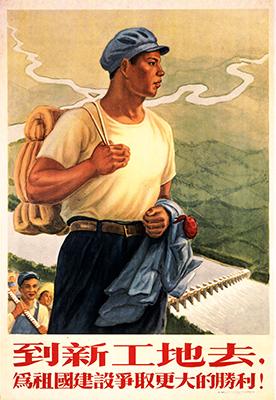 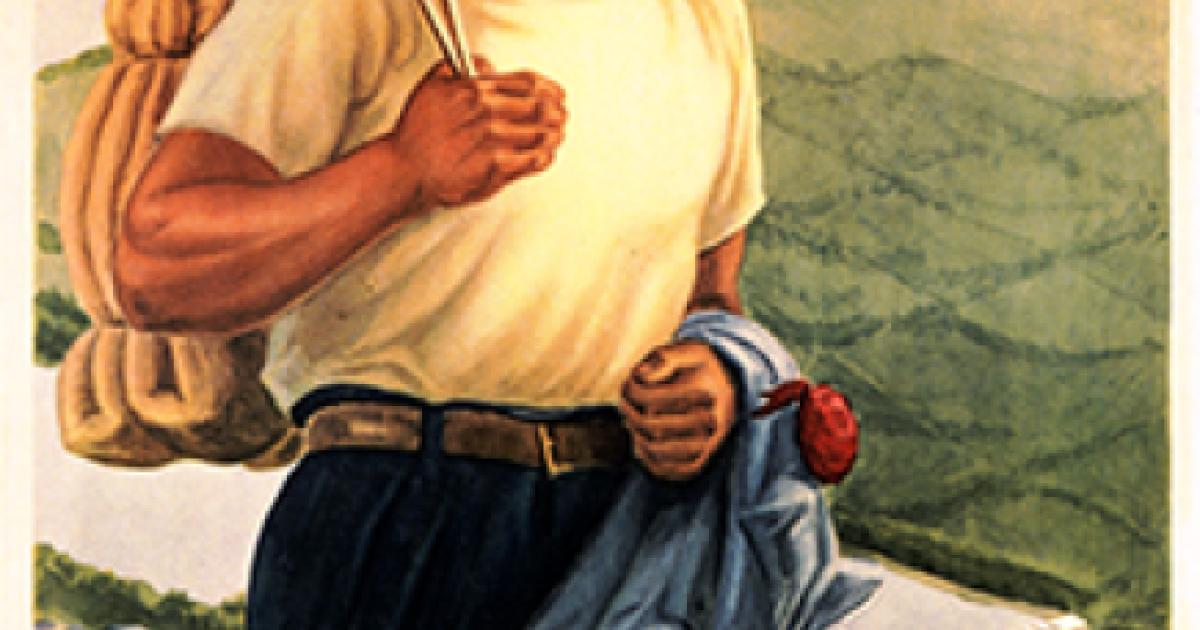 “The world by 2049 will be defined by the realization of Chinese power,” write Bradley Thayer and John Friend, referring to the centenary of the founding of the People’s Republic. “China,” these American academics tell us, “will be the world’s greatest economic and political force.”

Must Americans accept the inevitability of Chinese dominance of the international system?

Many say yes, arguing that if this moment is one of geopolitical tension, it is because we are at an end of an abnormal period in history. “After a 200-year hiatus—since the Qing dynasty began to weaken, in the early nineteenth century—China is returning to the world stage as a great power,” wrote Robert Kaplan in the Atlantic in 1999. “That may be usual for China, but it is unusual for the West.”

Kaplan, in his piece titled “China: A World Power Again,” maintained that the period of Chinese weakness was an aberration, merely an interlude between natural eras of tianchao—Celestial Kingdom—grandeur.

There are many contemporary reasons—contracting economy, collapsing demography, crumbling politics—why Kaplan is wrong and why Beijing’s challenge to America and the international system will almost surely fall short, but history also suggests China’s path to glory is impassable. How so? The current ruler, the bold Xi Jinping, is adopting imperial-era notions that will cut short the rise of the Chinese nation.

As an initial matter, the popular conception of China rests on a gross misreading of the past. The country, in short, has never been dominant on “the world stage,” as Kaplan and others put it. “The idea that China was somehow a great Asian hegemon at some point in the past, so that all she is doing now is resuming her traditional position is a total misunderstanding of how nations in pre-modern Asia interacted,” Arthur Waldron of the University of Pennsylvania told Strategika. “Fundamentally, they avoided contact lest that lead to disorder, as globalization is doing in China today.”

Chinese emperors, despite what Kaplan implies, were powerful only within their domains. Moreover, that was true of other East Asian societies. China’s geliguojia—“separated country”—system was matched by Japan’s sakoku, literally “shackled country,” and Korea’s swaegug, “the hermit kingdom.” “Asians did not engage in foreign relations, they avoided them,” Waldron points out.

The recent rise of China, therefore, is not the story of a “return” to glory but more of an emergence from millennia of self-imposed isolation. The Qing dynasty first tried to fend off foreigners and then came to terms with modern ways. Its successor, the Republic of China of Sun Yat-sen and Chiang Kai-shek, was fatally weakened by an existential struggle with Japan, an Asian society that had embraced the world earlier and more enthusiastically than imperial Chinese rulers had seen fit.

Mao Zedong, who chased Chiang off the mainland of Asia to Taiwan, on one level embraced Western ideas with a rhetorical acceptance of Marxism, but he quickly closed off his People’s Republic from outside influence. Many spoke of “the Bamboo Curtain,” but Mao’s barriers were sturdier than that term implies.

China’s “rise,” therefore, is the result of Mao’s eventual successor, Deng Xiaoping, reversing Maoist isolationism by pursuing “reform and opening up” or gaige kaifang. Yet Deng rejected something more fundamental: Mao’s assertion that he had the right to remake the world in China’s image.

Mao’s ambitions were boundless. The first leader of the People’s Republic of China had hoped to establish “an Earth-management committee in the future to carry out a united planning for the whole Earth.” A year after starting the Cultural Revolution, he had even charged assistants with drafting a plan “for the whole humankind.” Tellingly, in 1950 he replaced the ritualistic “Long live the central people’s government,” which had been carved on the Gate of Heavenly Peace in Beijing, with “Long live the grand unity of the people of the world.”

“Grand unity” sounds benign, but Mao was evoking tianxia, the notion that the world was united and that the Chinese ruled it, presiding over “all under Heaven.” This “China Order” concept underpinned two millennia of the imperial system.

Fei-Ling Wang of the Georgia Institute of Technology argues in The China Order: Centralia, World Empire, and the Nature of Chinese Power that Chinese society flourished in three brief golden periods: the centuries before Qin Shihuang, considered the first emperor of a unified China; the three-hundred-year Song era, straddling the end of the first millennium; and the period beginning in the late 19th century. During these times, society was “politically pluralistic,” not dominated by the totalitarian tianxia system.

Many would argue that China has also enjoyed a fourth golden era, that begun by Deng. During this time, the Communist Party abandoned its tianxia-like goals of reordering the world, embraced the existing Westphalian international order, and thrived while absorbing technology and capital from others.

Deng may have shared Mao’s goal for world domination. After all, in 1989 and 1990 he famously issued instructions to Chinese officials to, among other things, “hide our capabilities” and “bide our time.” Yet, whatever were his ultimate goals for China, he ruled with much less ambition and far more caution than Mao, as did Deng’s chosen successor, Jiang Zemin.

Hu Jintao, who followed Jiang, set his sights slightly higher, invoking tianxia by incessantly talking about “harmony.” Foreigners, like Kissinger, perceived the emphasis on the word to be a sign that Chinese leaders accepted the world as it was. Yet during Hu’s rule, generally coinciding with the first decade of this century, “harmonized” took on sinister overtones, especially inside China, where the tianxia-era term came to mean “coerced” and “silenced.”

Xi Jinping, Hu’s successor, has not been that subtle. He has thrown caution to the wind, making it clear he believes, as did Chinese emperors, that he is the world’s only legitimate ruler. Echoes of the worldwide tianxia concept are embedded in the slogan for the 2008 Summer Olympics in Beijing, “One World, One Dream.” Xi was the Politburo Standing Committee member responsible for the Games.

The Olympic motto, when viewed side-by-side with Xi Jinping’s signature concept, the Chinese Dream, suggests that the aspirations of China’s leaders are again all-encompassing. Xi’s Beijing believes its destiny is to unify humankind, to make, as Georgia Tech’s Wang points out, “the China Dream into the World Dream.”

Since the Olympics, Xi has employed more direct tianxia language. “The Chinese have always held that the world is united and all under Heaven are one family,” he declared in his 2017 New Year’s Message.

And Xi’s underlings have removed all doubt about the revolutionary nature of his message. For instance, Foreign Minister Wang Yi, in Study Times, the Central Party School newspaper, in September 2017 wrote that Xi Jinping’s “thought on diplomacy”—a thought in Communist Party lingo is a body of ideological work—“has made innovations on and transcended the traditional Western theories of international relations for the past 300 years.” Wang with his time reference is almost certainly pointing to the system of sovereign states established by the Treaty of Westphalia of 1648. His use of “transcended,” consequently, hints that Xi wants a world without sovereigns—or at least no more than one of them.

Xi’s recent comments warn us that he has no intention of living within the current Westphalian system or even adjusting it. His words in this context, therefore, are revolutionary.

It is not a revolution that promises to benefit China, however. Apart from driving away friends—who wants to be Beijing’s subject?—the system Xi contemplates has been tried before with disastrous results. That system, Fei-Ling Wang writes, “has a record of suboptimal performance that features despotic governance, long stagnation of economy, suffocation of science and technology, retardation of spiritual pursuits, irrational allocation of resources, great depreciation of human dignity and life, low and declining living standards for the masses, and mass death and destruction periodically and frequently.”

Xi’s top-down system is already driving the country in wrong directions. For instance, the motor of China’s rise, the economy, is stumbling in large part because Xi, as Nicholas Lardy of the Peterson Institute for International Economics observes, has placed a greater emphasis on Party control than growth. There are even indications that, due to his policies, the economy is now contracting.

Moreover, Xi’s provocative external policies—a “pervasive flaunting of international norms of governance and trade” as Charles Burton of Brock University told Strategika—are a reflection of his tianxia mentality. As such, these policies are fast eroding the country’s support in capitals across continents. Xi’s moves to restore what he sees as China’s dominant role in the world are, naturally, convincing others to flee Beijing’s fan club, a trend critical for a China that still depends upon outside support. As Burton states, Xi’s actions are “leading to major internal and external challenges to China’s sustained rise to power.”

Xi has essentially put the entire country in a big red time machine and set the dial to 1950, perhaps 1650. State media may talk about “New China,” but he is busy recreating a Chinese system that history demonstrates did not work well.

So Robert Kaplan may see a China restoring itself to grandeur, but that view is not only a gross misreading of history but also an example of particularly bad forecasting.

Gordon G. Chang is the author of The Coming Collapse of China. Follow him on Twitter @GordonGChang.