The Climate Wars Get Ugly

In a dangerous violation of free speech, politicians are hauling companies and “deniers” into court. 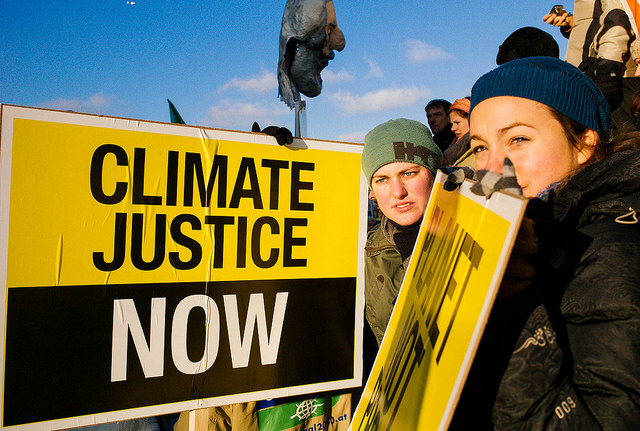 The Climate Wars Get Ugly 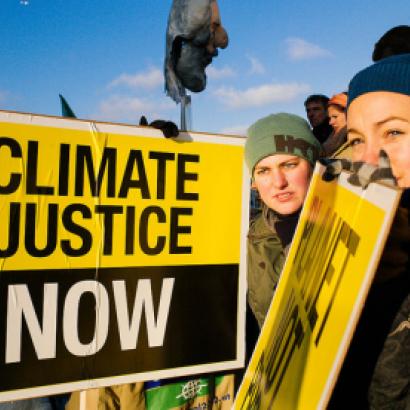 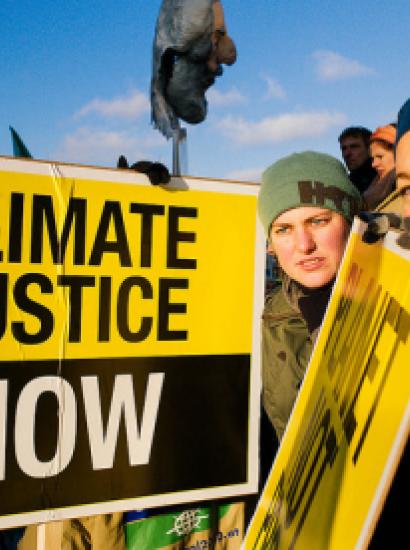 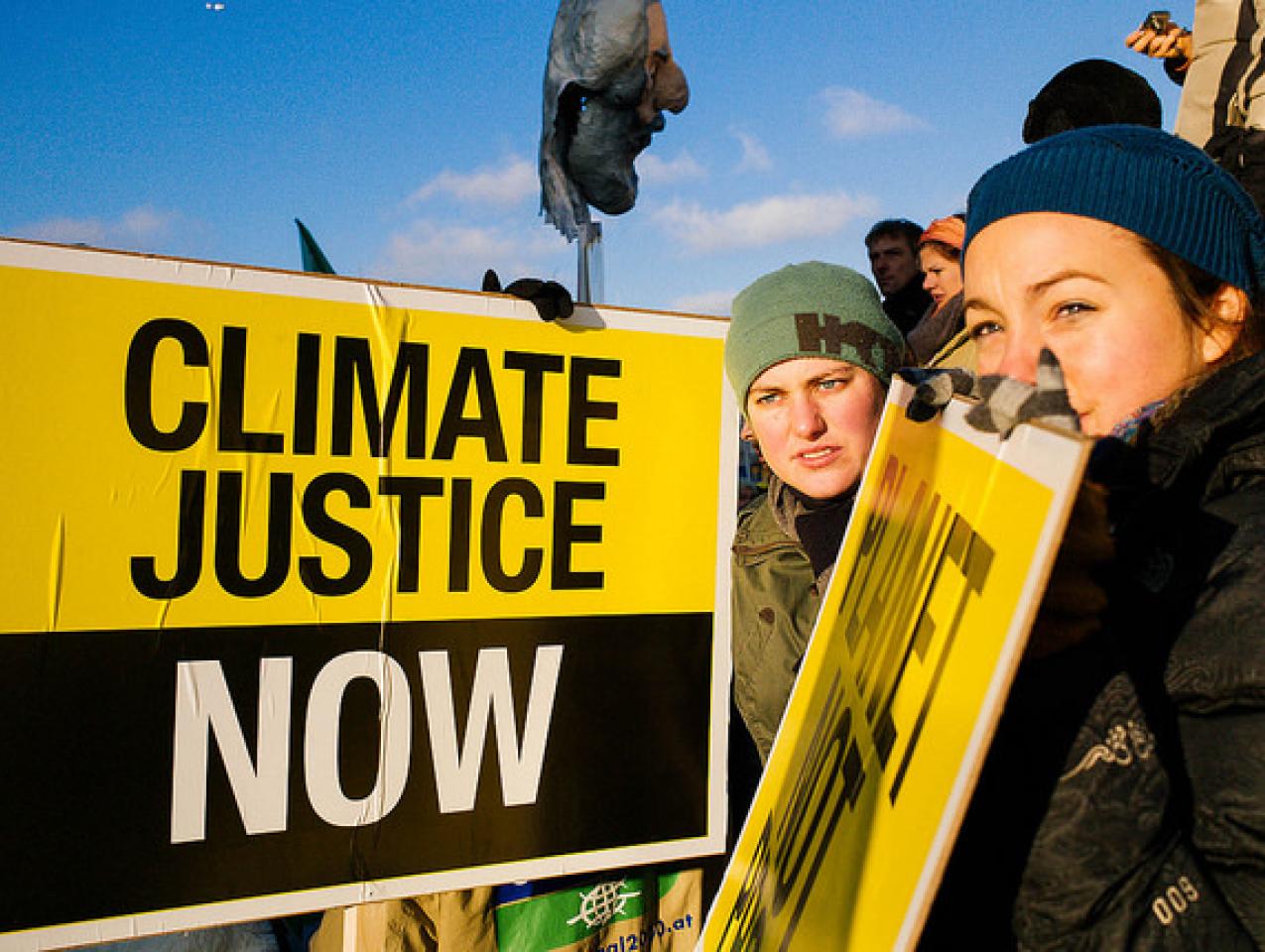 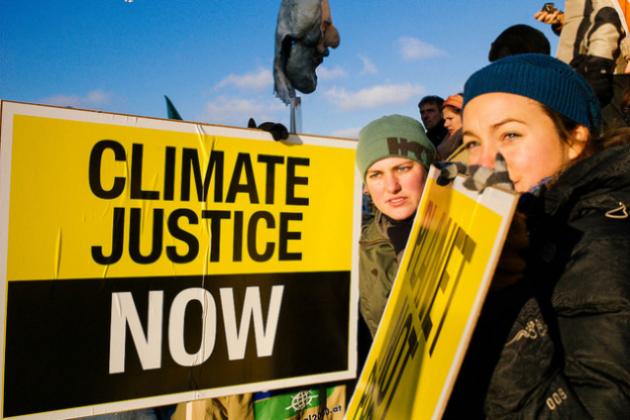 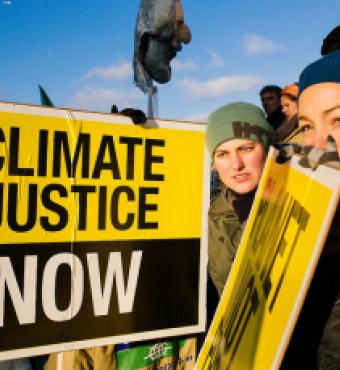 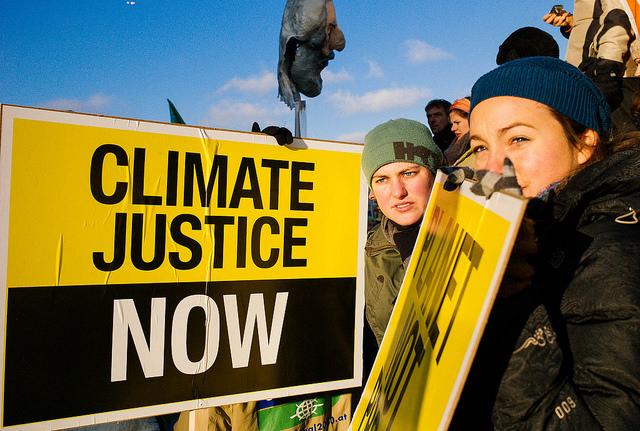 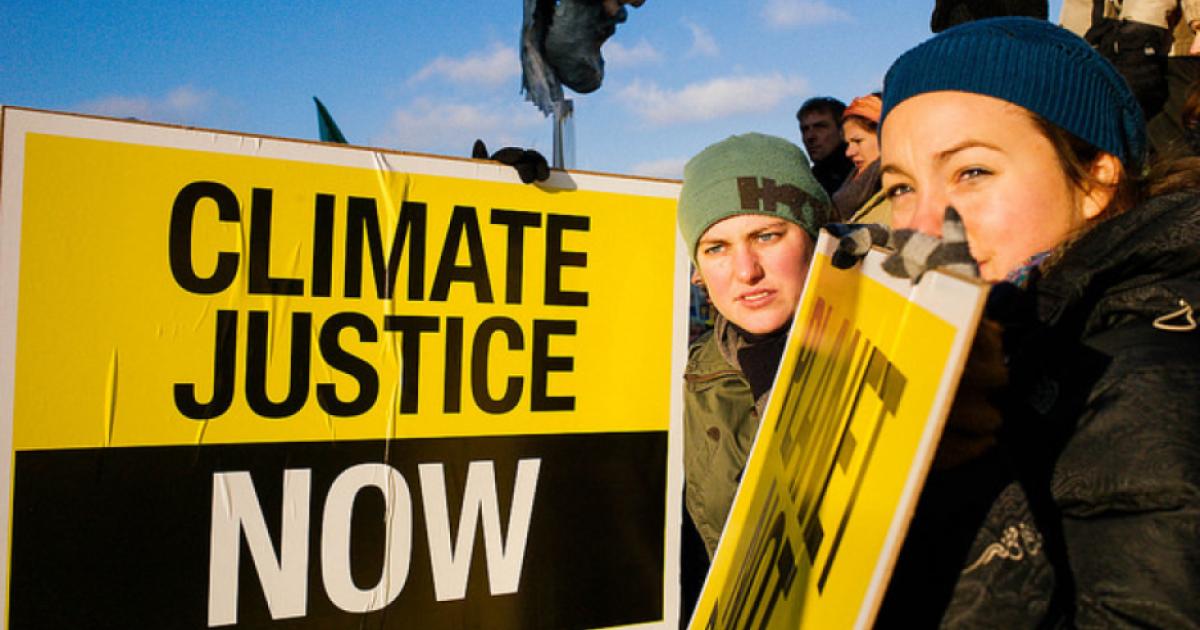 During this polarizing presidential election campaign, people seem to be more divided than ever on policy matters—a point that is especially evident in the contentious disputes over climate change, where opposing sides are now pitted against each other in litigation.

On the one side of the climate debate are the “alarmists.” To this group, the only question is what should be done to contain the problem of climate change. To be sure, there is ample evidence of climate change, and even some evidence showing that some fraction of it is caused by humans. But from this modest claim, one cannot infer that all or even a majority of this change is attributable to the use of fossil fuels, or that any and all temperature increases carry with them a threat to the natural world. But these alarmists, skeptics claim, exaggerate the supposed threat of global warming to bring an end to the fossil fuel industry and force excessive and premature reliance on expensive and unreliable solar and wind energy.

On the other side are the “deniers,” who dare to ignore the well-established truth that climate change is occurring. To them, the claim that 97 percent of climate experts believe in man-made global warming is wholly misleading, if not downright fraudulent. After all, scientists who agree that humans contribute to global warming could have huge disagreements on the source, magnitude, and consequences of the effect. Understanding the climate change literature requires some heavy legwork to take into account the interactive effects of human actions and natural events.

The climate skeptics have a point. An incident from a decade ago shows how tricky the analysis of the science can get. Professor Naomi Oreskes, then at the University of California, analyzed some thousand papers on global warming and concluded that over 75 percent of them backed the view that global warming was largely attributable to human intervention. But when Dr. Benny Peiser of Liverpool University looked at the same data, he concluded that only one-third could be read to support the consensus view, and that, of those, only one percent did so explicitly. Oreskes’s paper has been cited from President Obama on down while Peiser’s paper has been rejected not because it was wrong, but because its conclusions were, so it was said, already widely known. More recent studies in line with Peiser’s have been met with a similar skeptical response.

In principle, it should be possible to separate the scientific issues from the political ones. But in today’s overheated political environment, that is difficult to do. The latest example of the politicization of climate change comes via twenty state Attorney Generals, led by New York State Attorney General Eric Schneiderman, who are bringing civil and criminal legal actions against ExxonMobil. A similar course of action has been proposed by Rhode Island Senator Sheldon Whitehead, who advocates investigations of fossil fuel companies for possible violations of the civil and criminal law.

To folks like Schneiderman, progressive forces of good must vanquish the reactionary forces of evil, like ExxonMobil. In articulating his view at a press conference recently in New York, Schneiderman starts from a position of legal strength because the 1921 New York Martin Act, passed to deal with financial manipulation, gives the state Attorney General exceptional powers to sue to stop fraudulent behavior in financial markets. The distinctive feature of the law is that it dispenses with the need of the New York Attorney General to prove three of the five elements of common law fraud—scienter (knowledge), reliance and damages—so that all that is left to prove is a false statement of some material fact.

Yet even the Martin Act has its limitations. Some material false statements are easy to spot: consider the CEO who publicly states that his corporation has gold in its safe when the safe is empty. But it is a very different matter to claim that arguments about the complex causes of the current climate trends, and projections of future climate, are “facts” that can easily be branded as false. The usual way in which to hash these matters out is to have an intelligent debate on the pros and cons of each side. And a debate over these matters should receive the highest level of constitutional protection, given that it would be about finding the truth, and using that information to guide political action. The Martin Act aside, a theory of freedom of speech that denies an opportunity for scientific and political debate restricts the core of “high value” speech that is entitled to constitutional protection. Given its endless set of interlocking presumptions, the Martin Act may well be unconstitutional on its face.

Yet Schneiderman does not see the world that way. In his view, “The First Amendment, ladies and gentlemen, does not give you the right to commit fraud.” The Martin Act conveniently gives the New York Attorney General enormous leverage by allowing him to speak out of both sides of his mouth. In court, he can take advantage of the expansive liability under the Act. But in public discussions, he can brand the companies he opposes as fraudulent.

The most notable attendee of Schneiderman’s press conference was Al Gore, who insisted that Hurricane Sandy was in part caused by climate change—and, specifically, by abnormally high temperatures over the Atlantic Ocean. But there have been major hurricanes for decades, if not centuries, so it is unclear if the natural variability in weather could explain this particular event. In any case, the attempt to infer from long-term climate trends a causal role for particular weather events is deeply problematic.

Gore also attracted attention by saying, “temperatures are breaking records almost every year now. 2015 was the hottest year measured since instruments had been used to measure temperature. 2014 was the second hottest. 14 of the 15 hottest have been in the last 15 years.” But note that there are no actual temperature figures in this statement, probably because temperature increases have plateaued, albeit at a high level, over the past 18 years, notwithstanding substantial increases in carbon dioxide emissions.

Indeed, one troublesome part of this debate is the weak correlation between temperature increases and the rise in carbon dioxide concentrations. Data presented by climate scientist John Christy shows that the standard models have not done well against actual data for the past 37 years. These climate models have predicted temperature increases three-fold that of those that have been observed, and the greatest errors in the models were where the increases in carbon dioxide concentrations were the largest. Models, as Christy warned, “are properly defined as scientific hypotheses or claims—model output cannot be considered as providing proof of the links between climate variations and greenhouse gases.” That is especially true for models whose predictions have been falsified over a forty-year period. It seems even clearer that these models should never be used as the basis of criminal prosecutions or civil investigations.

Which brings us back to ExxonMobil. Shortly after the 20 Attorney Generals met in New York to renew their pledges against climate change, Claude Earl Walker, Attorney General of the United States Virgin Islands, hired the crack law firm of Cohen Milstein to mount a huge civil investigation of ExxonMobil’s activities in the area of climate change. The suit was especially piquant since ExxonMobil does no business in the Virgin Islands. The gist of the charges was that ExxonMobil systematically misled the public over the past forty years in order to improve its ability to extract oil and gas around the globe.

A moment’s reflection reveals how bizarre this fraud suit is. First, it is unlikely that the company adopted any kind of consistent policy over a forty-year period. Second, it is difficult to believe that policymakers have been misled by the company’s alleged misrepresentations. For years now, the opponents of fossil fuels have denounced ExxonMobil and other companies for their perfidy—and these firms have been under close scrutiny as a result. It is odd to think that any corporate scheme could have duped political leaders who were inundated day after day with information intended to expose the falsehoods that ExxonMobil is said to have perpetuated.

In this connection, moreover, I am somewhat unhappy that the ExxonMobil defense rests in part on the view that it has cooperated with government officials in dealing with global warming. That may well be true, but it is also beside the point for the First Amendment analysis. The company is entitled to express its own views, even if they are in opposition to the government’s. Nonetheless, to its lasting credit, ExxonMobil has chosen to counterattack. Normally, the demands for discovery, no matter how onerous, are met with a variety of defensive motions. But in this instance, ExxonMobil took to the offense by bringing its own action for declaratory relief in Texas State District Court, in which it insisted that the entire effort by the Virgin Islands (and its lawyers) ran afoul of a variety of constitutional guarantees, including those involving freedom of speech, protection against unreasonable searches and seizures, and violations of procedural due process.

The common theme behind these defenses is that this sprawling issue is not amenable to litigation, but only to debate. It is simply impossible to have a fair debate on any question if one side to the dispute is able to haul its opponents into court with potential civil or criminal litigation. Ominously, for example, Walker is also going after think tanks. He served a subpoena to the Competitive Enterprise Institute, demanding that it turn over a large collection of documents relating to its climate change work between 1997-2007, which is done clearly with the desire to sniff out potential criminal activity from an organization that has published a number of powerful critiques of government action. If this is not a violation of free speech, then I don’t know what is. Climate change may be real, but the First Amendment should not be pushed aside by the high political theater of ideologues like Eric Schneiderman and Charles Earl Walker.