The hasty and disproportionate responses to COVID-19 will prove far more devastating than the disease. 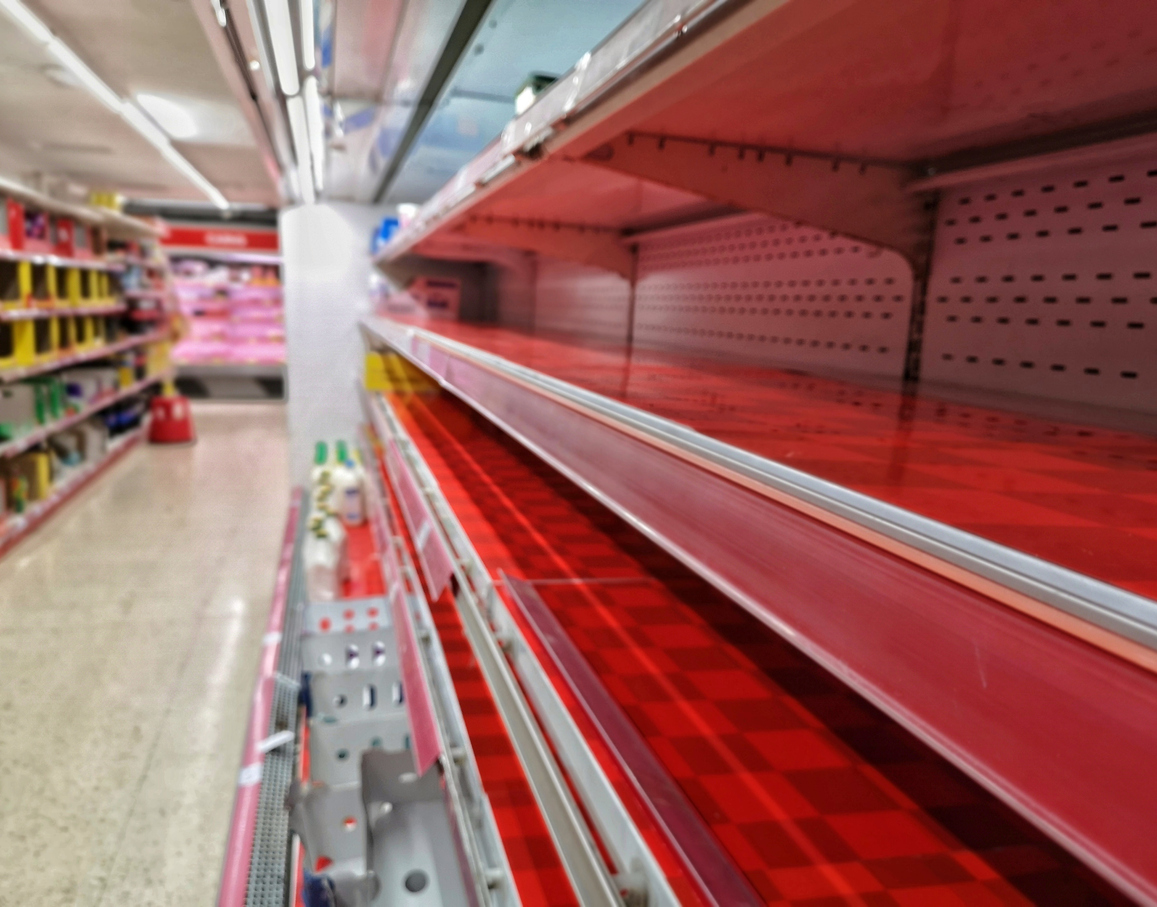 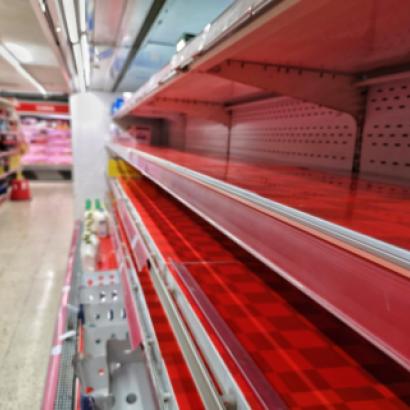 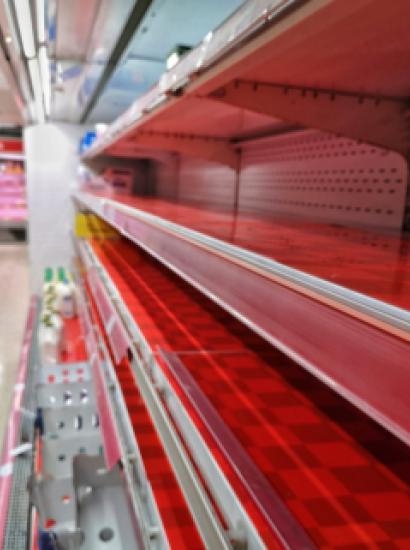 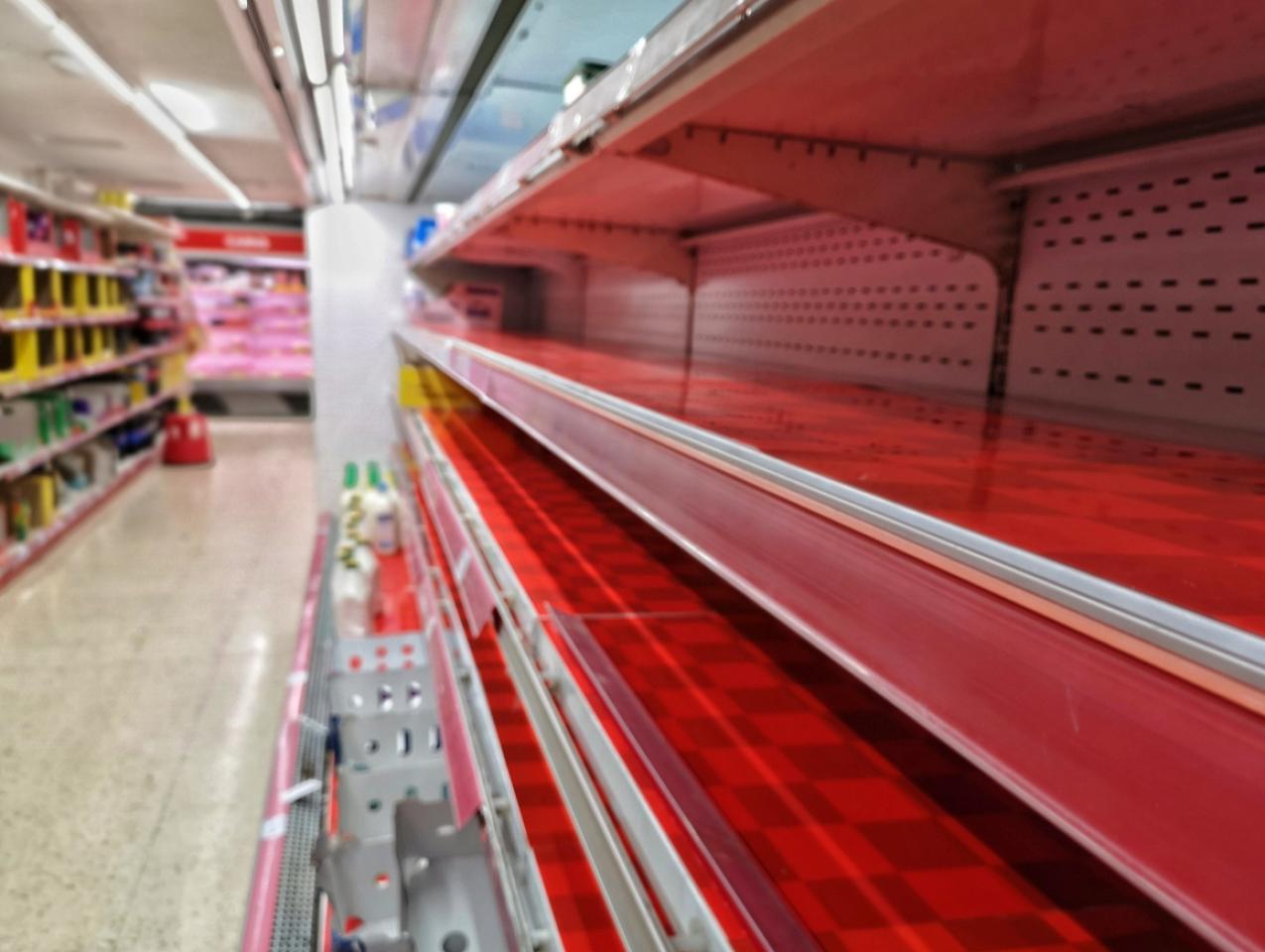 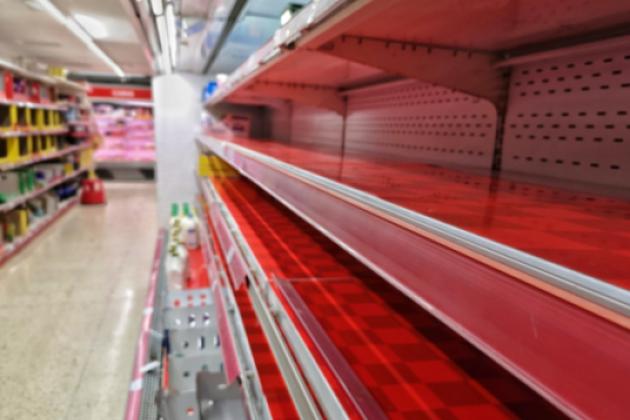 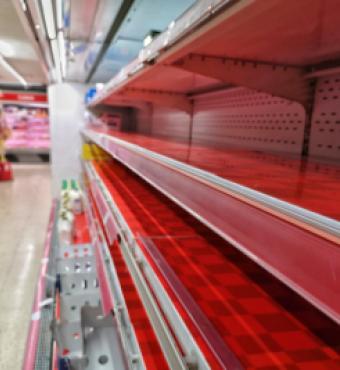 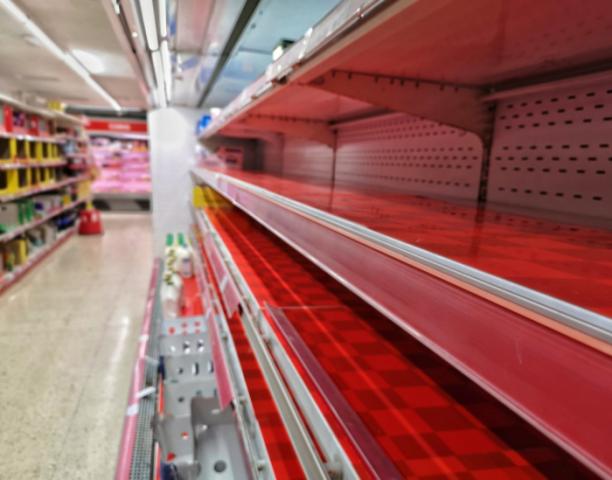 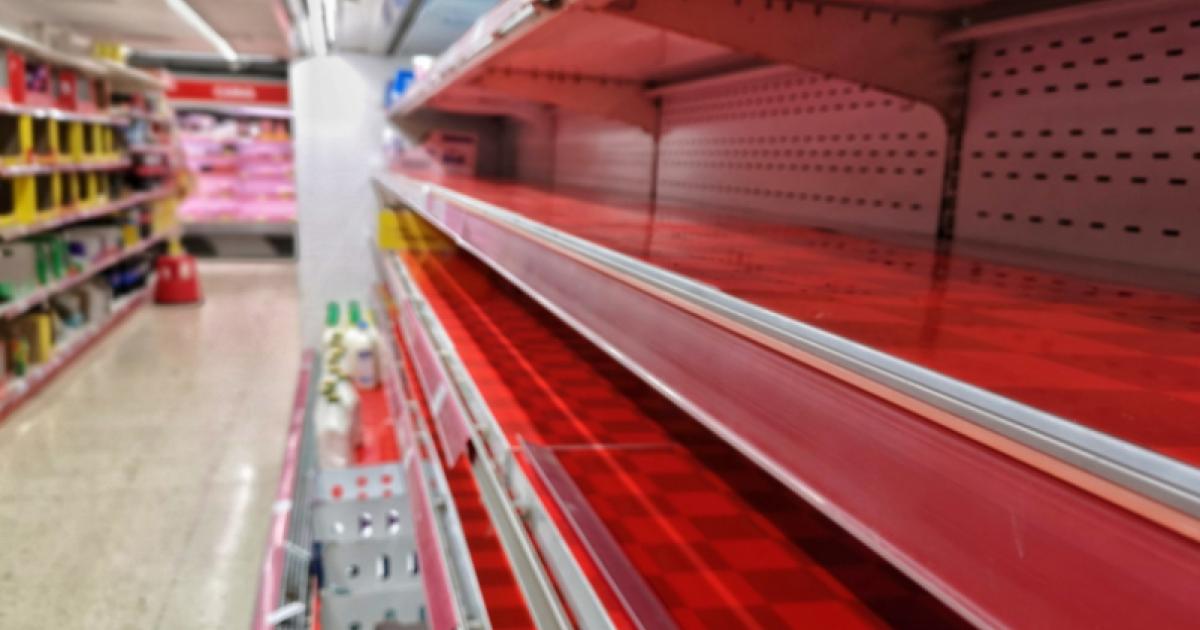 Out of over 367,000 COVID-19 cases reported as of noon March 23, 2020, 16,000 people have died, a rough increase of about 9,500 from the past week. China has contributed about 3,500, a figure that is holding relatively stable--if we are to believe the reporting coming out of the People’s Republic of China— as is Iran’s total of 1,812 deaths (another potentially dubious total). In Spain, the death toll is 2,206.  Italy has taken the lead with 6,077 deaths, 85 percent of which are of people over 70, which stems, it appears, from a conscious decision not to supply ventilators to anyone over 60.  These four nations make up close to 13,000 deaths or about 82 percent of the total.  Taken together, these four countries account for over 13,595 of the 16,097 deaths. The good news here is that the growth rates in both Italy and Spain have turned downward in the past 48 hours.

In my column last week, I predicted that the world would eventually see about 50,000 deaths from the novel coronavirus, and the United States about 500. These two numbers are clearly not in sync. If the first number holds, the total US deaths should be about 4 to 5 percent of that total, or about 2,000–2,500 deaths. The current numbers are getting larger, so it is possible both figures will move up in a rough proportion from even that revised estimate. Indeed, the recent run-ups in Italy and perhaps Spain suggest that those countries have yet to turn the corner.

Locally, the United States is high on cases (~35,000) but low on deaths (471). The conversion and expansion rate of COVID-19 are much in issue, and the breakdowns show a high variation across states, and within states. The state that continues to experience the most significant upward movement in fatalities is New York, at 122 as of March 23; its first death was reported only one week ago on March 14. Add in Washington State with 98 deaths, and now close to half of the fatalities are accounted for. California is at 33, with Georgia at 25.

The question is—what should we make of these data?  The standard model sees a slow rise in cases until mid-July when it predicts that the United States shall have, for a period of several weeks, close to 10 million cases per day, with an ultimate death total that could reach one million deaths. A recent, thorough study by Aaron Ginn (which itself has been heavily attacked), takes a much more cautious view. A second article by David Katz also indicates that the global totals and that of the United States could be even higher than the numbers I suggested, perhaps by two- or three-fold. These estimates are almost two orders of magnitude lower than the common estimate. Ginn’s study uses the term “hysteria” to describe the response to COVID-19, and, sadly, he is right, given the dangers of drawing hasty inferences from Italy to rest of the world. Unfortunately, the most common visuals of the virus spread, large red dots to indicate the number of cases in a given area, are alarmist and suggest a more severe crisis than the raw numbers indicate.

The key element in all these cases is the extrapolation from existing cases. The implicit assumption behind Ginn, Katz, and my earlier column is that the worst way to model growth in deaths from the coronavirus is through a geometric progression that runs rapidly through a large number of cycles, each of which generates more cases than the cycle before. If the exponent at each of these stages is greater than one, the model will quickly explode. Thus, if we assume that each infected person infects 2.3 other persons, a world that starts with 100 infections in the first period will have about 2,800, infections by the fifth period, and the rate would grow even more rapidly after that.  If the periods are close together, it is easy to see how the fearful analyst could conclude that the world will be soon consumed.

Thus this statement from Tomas Pueyo captures the modern conceit: “Now, use the average doubling time for the coronavirus (time it takes to double cases, on average). It’s 6.2. That means that, in the 17 days it took this person to die, the cases had to multiply by ~8… That means that, if you are not diagnosing all cases, one death today means 800 true cases today.”

But there is no reason to assume that the doubling is a constant, and therefore there is no reason to accept the ratio of 800 to 1 for true cases compared to deaths. The situation in South Korea alone should dispel that narrative, where pervasive COVID-19 testing has revealed 8,897 cases against only 104 deaths, a ratio of approximately 80 to 1, an order of magnitude less than Pueyo’s representation of the situation.  Political leaders predict rising rates of infection, running perhaps for three months, while more cautious analysts think that the cycles turn down far sooner than the doomsday models predict. All of the stay-at-home orders that we see assume that the growth of cases (and of deaths) will be exponential, which is the sole justification for imposing the draconian measures that have wrecked both the economy and upended the lives of millions of people.

Our governors all believe in long-term positive duplication rates, some even subscribing to the 2.3 figure posited by The New York Times. To see the magnitude of these predictions, note that Gavin Newsom, governor of California, has indicated that in the fullness of time, he believes that 25 million people in California will, without intervention, suffer from the virus, meaning that 250,000 people in his state alone will die given the conversion rate. J. B. Pritzker, the governor of Illinois, asserts that that his stay-at-home order will prevent “the loss of potentially tens of thousands of lives” within the state. He claims that he consulted with all the right experts before reaching this conclusion. Similarly, New York Governor Andrew Cuomo has issued an executive order that puts “New York State on PAUSE,” with the exception of a long but limited list of essential services, while leaving schools, universities, restaurants, sporting events, and hotels shuttered for the foreseeable future. He thinks that the epidemic will be in force for nine months and claims that his experts expect “that between 40 and 80 percent of New Yorkers will be infected with coronavirus, however, authorities hope to spread out the rate of infection in order to not overwhelm the state's health system.”

The governors’ numbers are hysterical and sloppy. None of them have released any detailed study that purported to support their extreme decrees. There was no opportunity for the many critics of their proposals to have their voices heard. The emergency mentality created a one-man gubernatorial dictatorship in each state.

We need a public debate on the political response to COVID-19, and we need it now. I fully understand the need for immediate responses to immediate threats, like fires, but not for crises that may last for three months or more. At this point, everyone knows that people who are elderly, especially those with chronic conditions, should stay out of harm’s way. But that prohibition is self-enforcing because those people know that it is in their best interest to self-quarantine, at least in place of high incidence, but by no means nationally. But for low risk groups, a different set of precautions may fit the bill—an emphasis on thorough hand washing, reduced work hours, reducing workers per shift, and better availability of ventilation equipment.

The central Hayekian principle applies: All of these choices are done better at the level of plants, hotels, restaurants, and schools than remotely by political leaders. Our governors have failed to ask a basic question: When all the individual and institutional precautions are in place, what is the marginal gain of having the government shut everything down by a preemptive order? Put otherwise, with these precautions in place, what is the extent of the externalities that remain unaddressed?

Progressives think they can run everyone’s lives through central planning, but the state of the economy suggests otherwise. Looking at the costs, the public commands have led to a crash in the stock market, and may only save a small fraction of the lives that are at risk. In addition, there are lost lives on both sides of the equation as many people will now find it more difficult to see a doctor, get regular exercise, stay sober, and eat healthily. None of these alternative hazards are addressed by the worthy governors.

These figures are in flat contradiction to the wildly high estimates that supposed experts give to support their current doomsday scenario, and they suggest that a far more modest program of containment—and allowing the virus to run its course—is a better path forward for the economy. Our government fiats will probably save very few, if any, lives saved over what we can obtain through more focused voluntary precautions. All the while, the United States is entertaining hopeless stimulus negotiations that shift dollars around, but do nothing to make up for the trillions that will inevitably lost as result of the economic shutdown.  There is only one cure to the current malaise, which is to reverse these self-destructive policies before it is too late.