Mismanagement of the COVID-19 crisis. 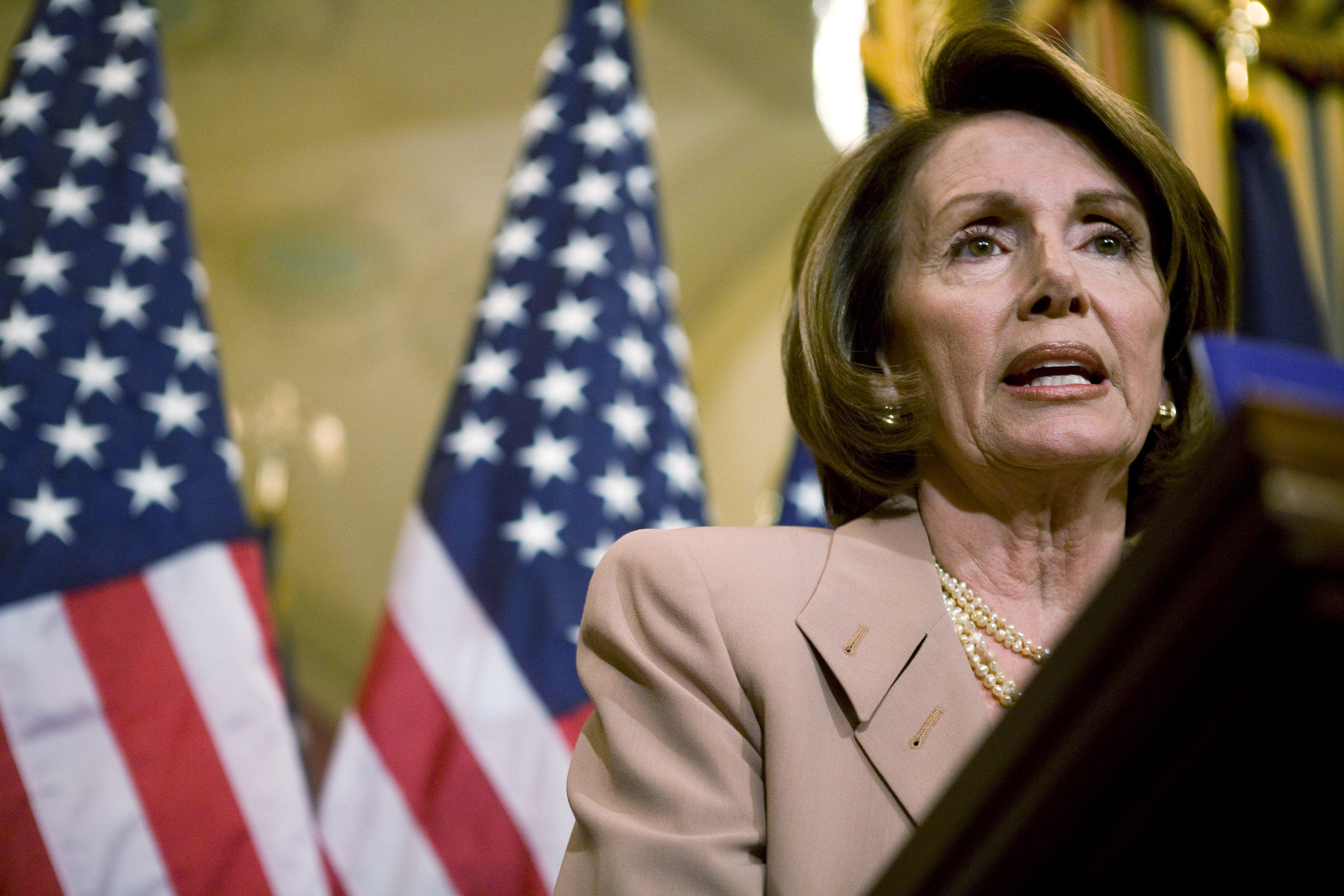 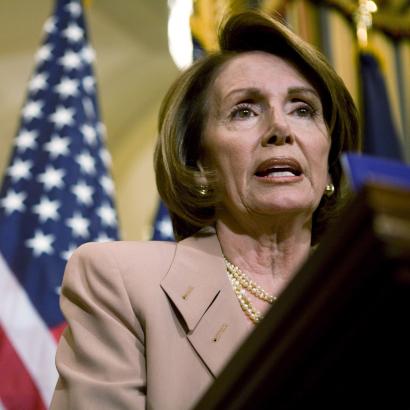 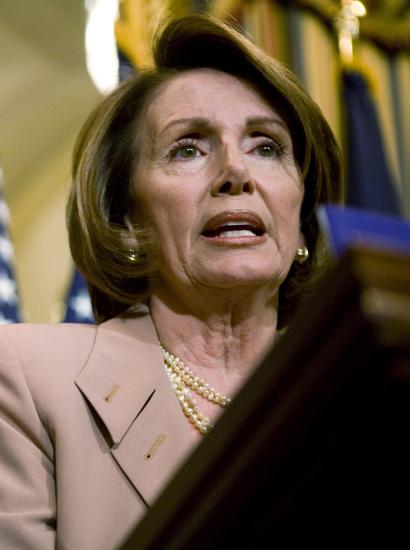 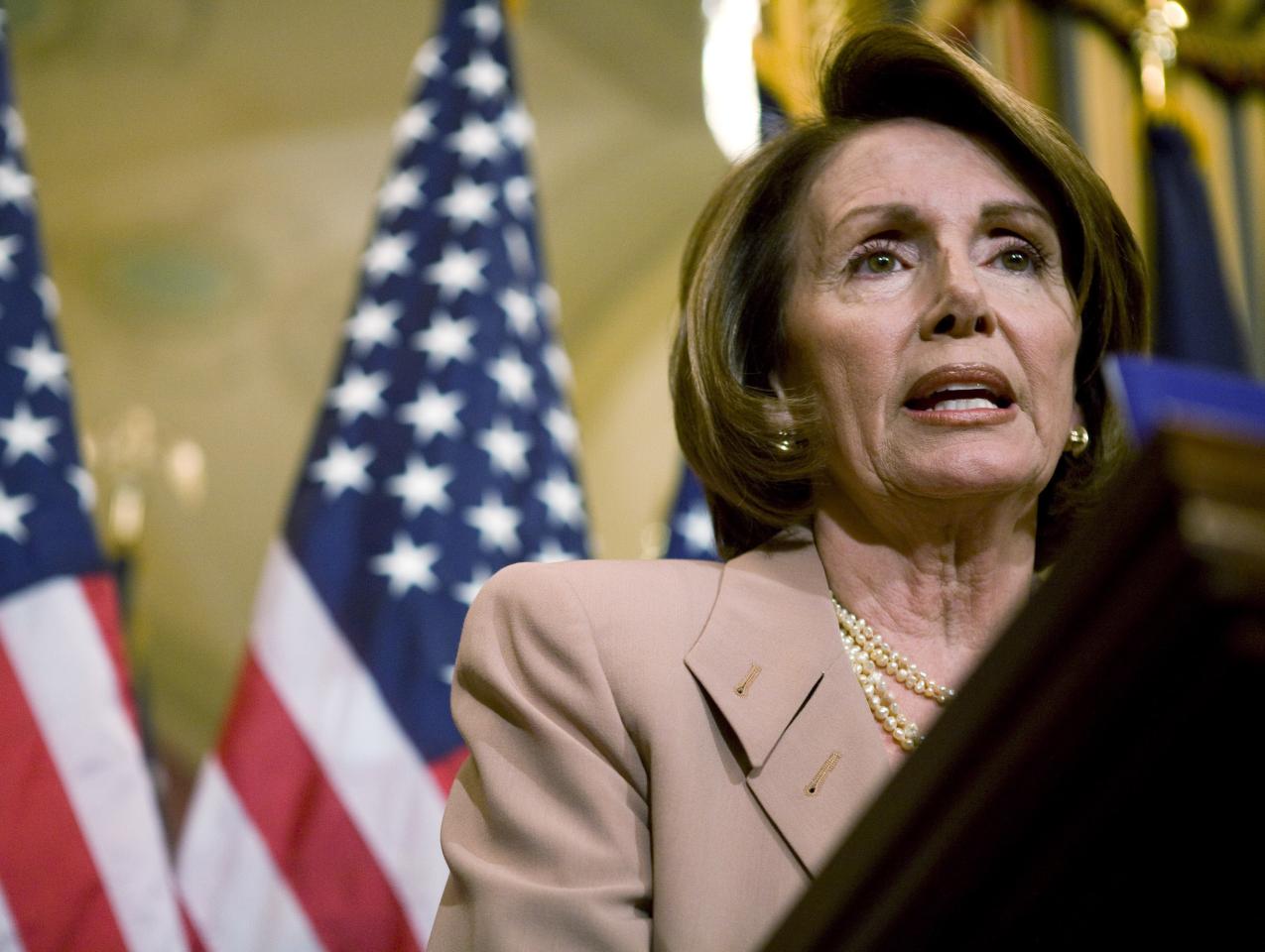 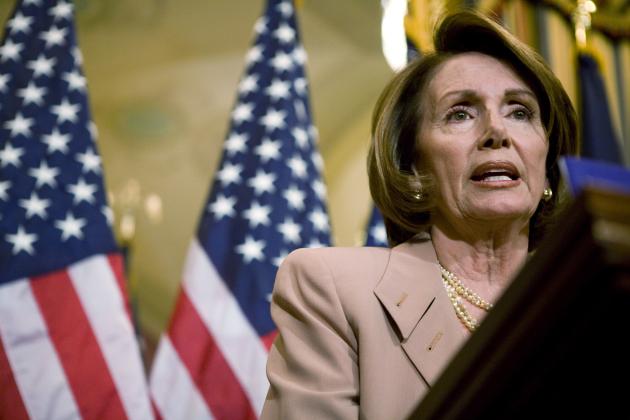 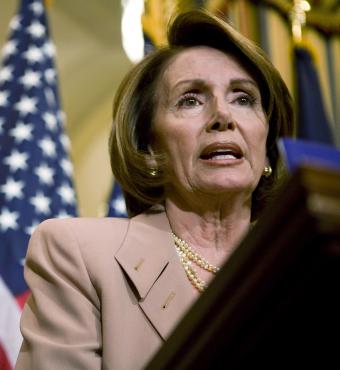 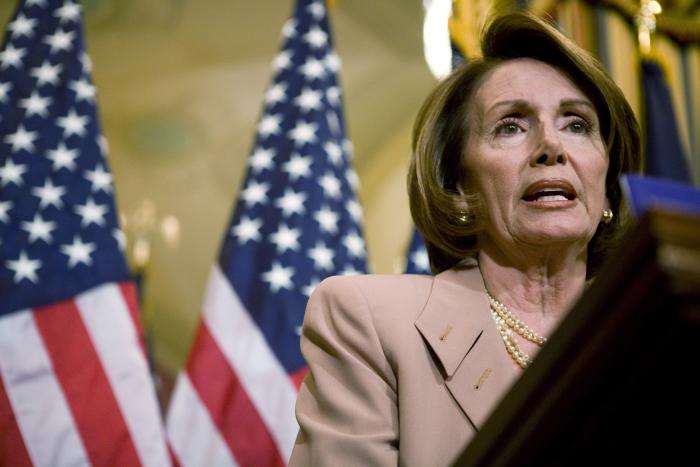 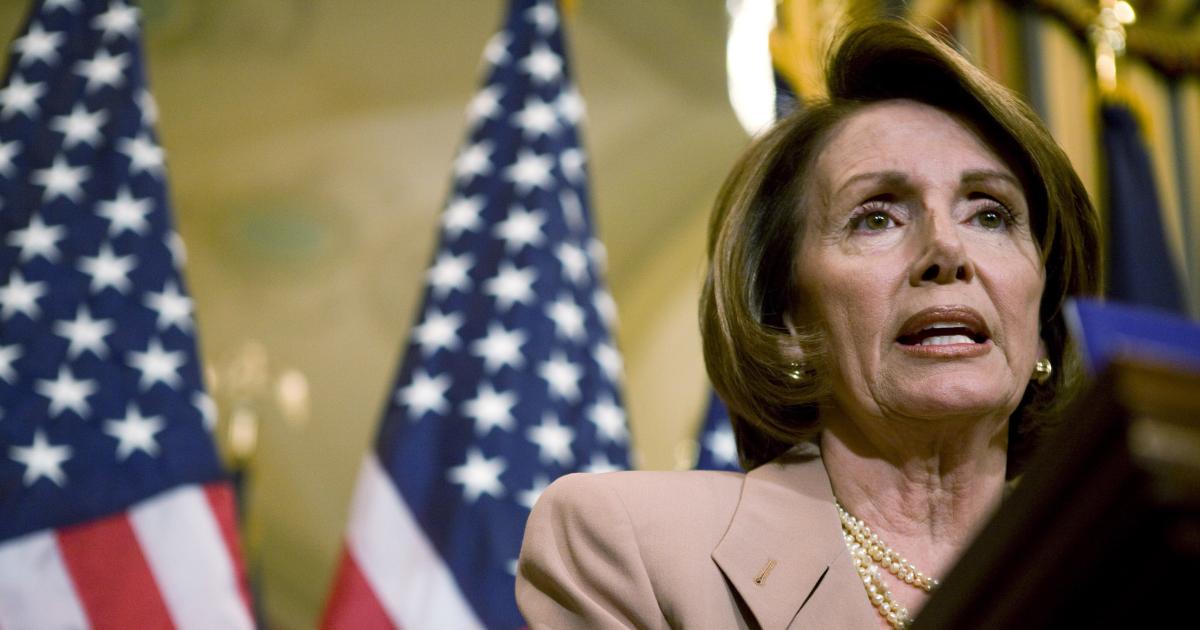 Two tectonic forces are wreaking havoc on the American economy. On one side of the ledger, retail sales in April plummeted by 16.4% and manufacturing by 13.7%. Simultaneously, unemployment claims rose by about 20 million and have swelled to 36.5 million people overall, a number still climbing. On the other side of the ledger, state governments are grasping for solutions, making erratic decisions about how to restart the economy while reducing the spread of COVID-19.

The difficulties faced by states are compounded by a deep public divide over whether the economy should be reopened now, given the risk of a spike in new cases. The early reopening in Georgia is instructive because individual businesses have generally taken care to make the transition in sensible steps.  The same seems to be true in Colorado. In Wisconsin, meanwhile, a Republican legislature backed by a conservative Supreme Court overturned a stay-at-home order imposed by Democratic Governor Tony Evers.

In the face of these disputes, House Speaker Nancy Pelosi achieved of victory of sorts when the House adopted by a 208-199 vote, with some Democrats defecting, her $3 trillion spending package. The so-called HEROES Act, short for the mouthful “Health and Economic Recovery Omnibus Emergency Solutions Act,” promises something for everyone for the duration of the crisis, including unemployment benefits, housing relief, hazard pay for frontline workers, direct payments to ordinary citizens, federal workers and federal contracts, and modifications to Medicare and Medicaid. For Pelosi, the simple truth is that the basic needs of society cannot be put on “pause” because the economy is in a state of paralysis. But whether or not the Act passes, it will set a de facto agenda for November’s Presidential election, which could well turn into a referendum on the current COVID-19 response.

The initial point to note is that this legislation, like all other stop-gap measures to stabilize the economy, is a second-best solution. Let us assume that everyone accepted Pelosi’s legislative priorities of “opening our economy safely and soon, honoring our heroes, and then putting much needed money in the pockets of Americans.” That still leaves the question of the means to those ends—of whether this program fits the stated goal. The bill does nothing to further the first of these objectives, and implements a wide set of wealth-transfers to achieve the last two, without any indication of how and when the tab will be paid. Unfortunately, both political parties seem to have turned a blind eye to the long-term risks of deficit spending.

The first of many difficulties with the HEROES Act is whether it is warranted at all, given the earlier legislative responses to COVID-19, including the CARES Act (another glib acronym: the Coronavirus Aid, Relief, and Economic Security Act) that has already pumped over $2 trillion of relief into the country. In both cases, the legislative relief covers only a small fraction of the total economic loss caused by the current lockdown. If there are no further initiatives to allow work to resume, another cash infusion will quickly fade, requiring a third level of stimulus.

If the objective is to stabilize the economy during a crisis, the last thing that anyone should support is the expansion of various transfer programs that could not command support in ordinary times. The bulk of the HEROES Act consists of huge cash payments to individuals and firms, and there is serious dispute regarding how these payments should be handled. After all, the benefits offered under the Paycheck Protection Program, which is providing loans to small businesses during the pandemic, raised real questions as to whether the money was being directed to the right firms for the right reasons. The program’s defects included money running out too soon and too many firms being asked to return funds because of potential disputes over eligibility.

Moreover, under the federal statutes, each program for monetary relief has definite periods during which funds may be distributed, leading to the principled objection that the first-line relief got the relevant trade-offs wrong by making a judgment about how the money should be spent, without taking into account the unanticipated twists and turns in labor and capital markets. One notable effort to avoid future debacles proposes to replace these fixed payment deadlines with automatic stabilizers, or “policies that cause spending to rise or taxes to fall automatically when the economy contracts.”

Yet the nagging question is whether the effort to avoid one form of financial shipwreck courts another. Accordingly, the first query should seek to understand what the new level of discretion is for these government programs when these fixed period targets are now replaced by these so-called automatic stabilizers. It would be nice to have some independent numerical target to guide the amount of spending that could be directed to housing relief, unemployment benefits, business assistance programs, and much more. Sadly, any effort to fine tune the economy with these targeted payments would necessarily rely on economic data that is only available after the relevant decisions have to be made.

The herky-jerky reopening of the economy will not be aided by the fact that state-by-state policies change on a weekly, if not daily, basis. Many state leaders feel their hands are tied given the dire warnings that opening up the economy too quickly would spark an increase in COVID-19 cases.

We are therefore indeed on the horns of a dilemma that we cannot easily escape. On the one side, fixed rules of engagement remove some of the administrative discretion by putting fixed dates on various programs—which often have the sad habit of being revised by “unforeseen” events. On the other side, we could introduce a discretionary payments system without any idea of who best controls the levers of the system and ultimately decides whether the programs in question have failed or succeeded.

The difficult choice between these two approaches should force us to consider again whether to speed up the rate at which the economy is opened, even before there is any effective cure or vaccine for COVID-19, as in Georgia and Colorado. As my Hoover colleague David Henderson has effectively argued, we should give up the futile effort to control all of these activities from the center. The decision to reopen the economy removes the various restrictions that the government, in its regulatory capacity, has imposed on the economic liberties of individuals to go about their lives and earn an honest living. Such reopenings, now the first line of defense, will surely take into account COVID-19 every step of the way. The decisions that firms and individuals make—and not government regulations--will serve as the primary line of defense against the virus. There are many individuals, particularly those of advanced age or burdened with comorbidities, who will make the decision to self-quarantine without regard to the pressure of the state.

By privatizing these decisions, it should become possible to avoid the public health disaster that occurred when New York Governor Andrew Cuomo ordered nursing homes to take in COVID-19 patients that they were unable to accommodate, resulting in needless deaths, only for him to further compound the problem by issuing a unilateral edict requiring nursing homes to engage in mass testing, a regime which requires more capabilities than laboratories can presently supply. A quarter of the 22,000 coronavirus deaths in New York State were in nursing homes, a rate far higher than that of Florida which never allowed COVID-19 cases to be discharged into nursing homes. Cuomo then tried to minimize the magnitude of these mistakes by changing the way deaths are registered so that any person who dies in a hospital after being infected in a nursing home will not officially count as a nursing-home fatality.

It should be apparent that the Governor and his health officials have stumbled in seeking to save lives by putting vulnerable people in harm’s way. Why, then, have any confidence in their general powers?  The situation is indeed worse than this because the principle of divided power, so central to a system of limited government, is wholly absent in the current set-up where governors and their advisors are permitted to operate under the cloak of secrecy.

Those state governors who are so fixated on COVID-19 are missing the forest for the trees. Cuomo, for example, asked: “How much is a human life worth? That is the real discussion that no one is admitting, openly or freely. That we should. To me, I say the cost of a human life, a human life is priceless. Period.” But scarcity of resources drives the need for tradeoffs. Anyone who starts from Cuomo’s premise is sure to allow greater harms to fester in the relentless mismanagement of the COVID-19 crisis.