Did Global Warming Cause California’s Drought?

Climate change alarmists claim the “science is settled”—but that is far from the truth.

Did Global Warming Cause California’s Drought? 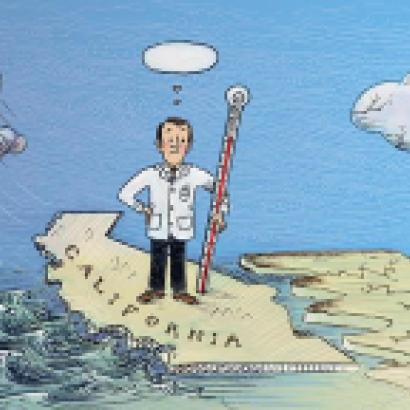 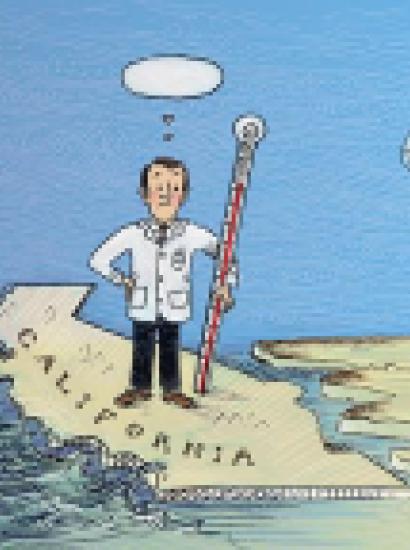 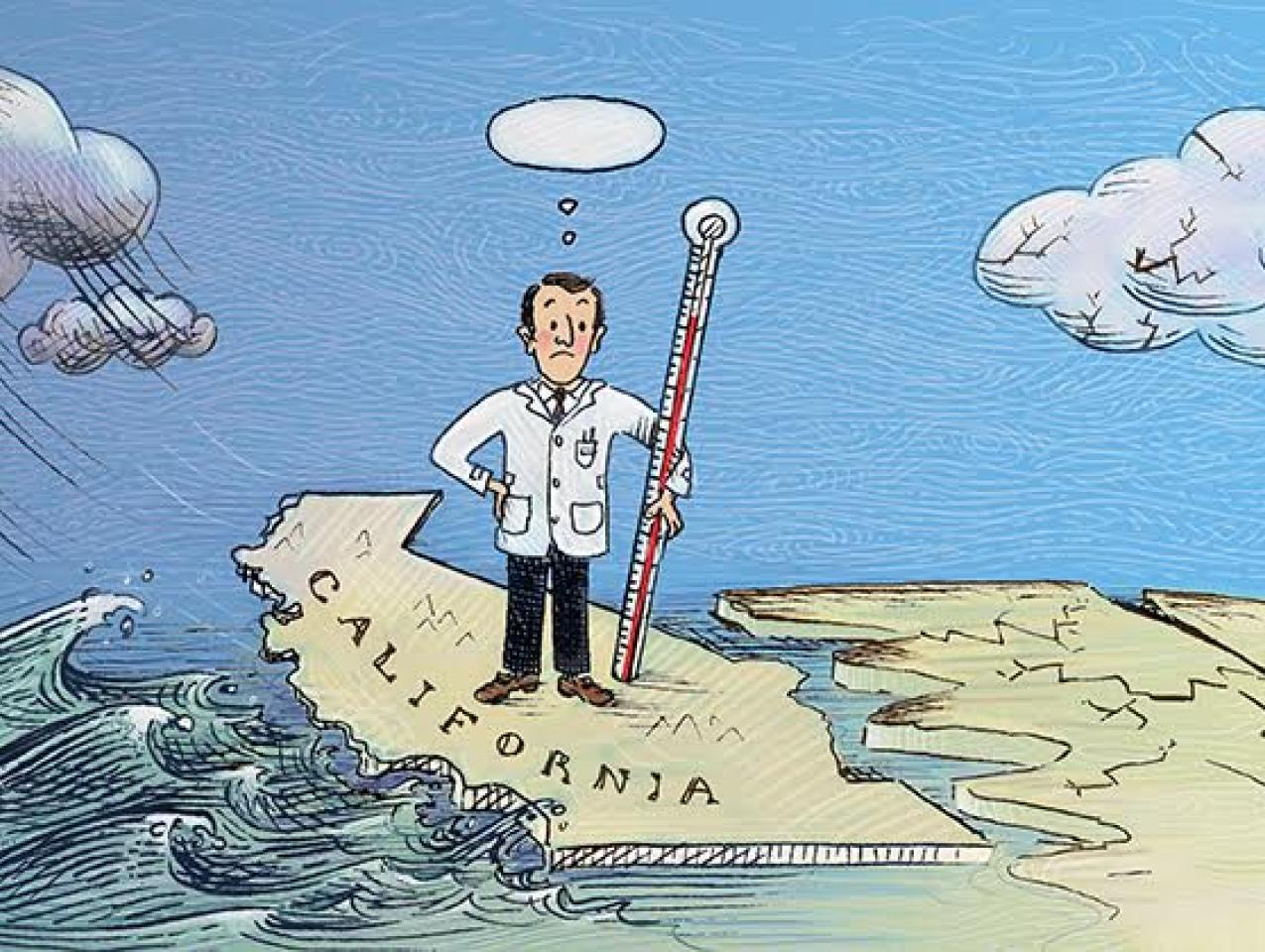 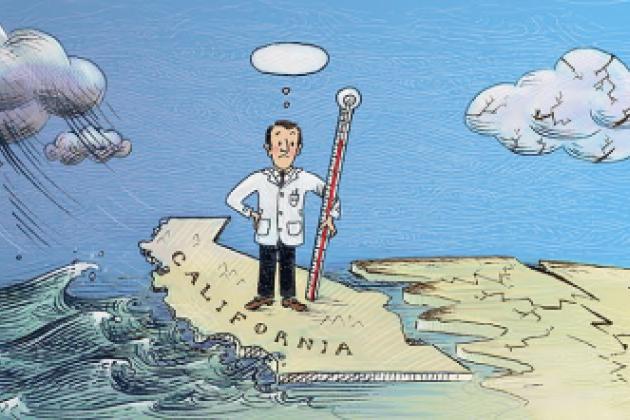 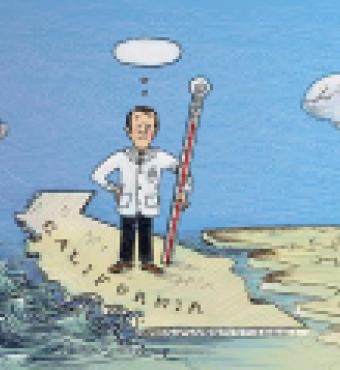 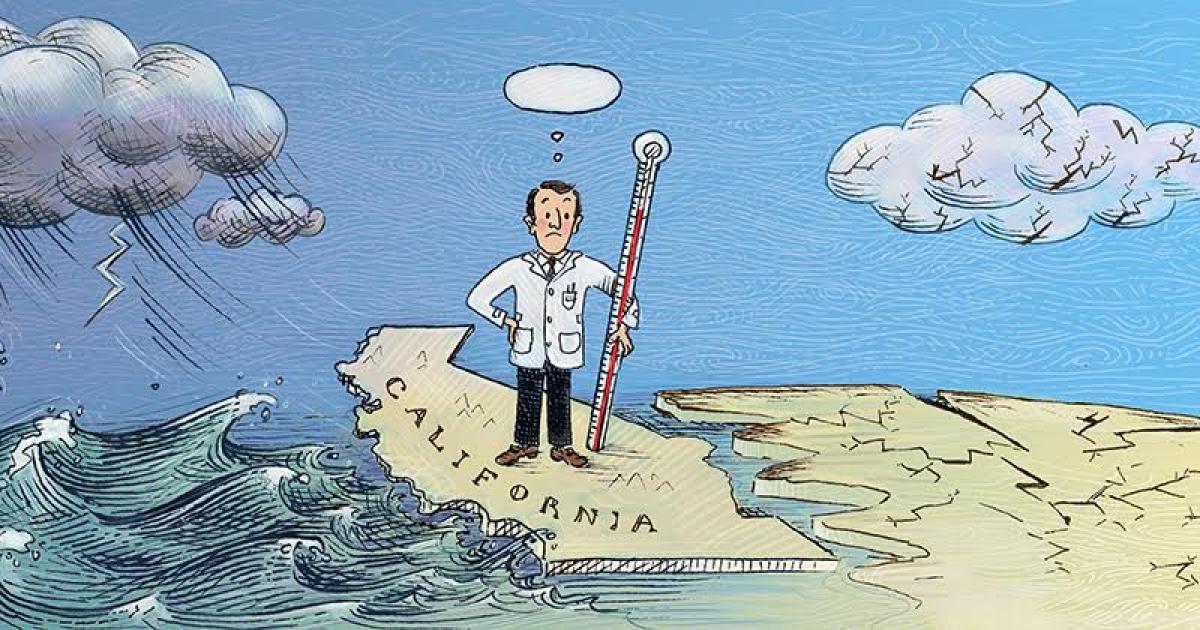 When it comes to global warming and climate change, how many times have you heard the phrase, “the science is settled”? The “settled” refrain is often accompanied by “the fact” that 97 percent of climate scientists believe that humans are the main contributor to global warming.

Some global warming science is certainly settled, but most of it is not. A case in point is droughts. Alarmists claim that global warming causes droughts—and, on the surface, this claim makes sense. Just think of Death Valley, a place that’s notoriously hot and dry. If the world moves closer, even slightly, toward Death Valley’s heat, wouldn’t it also get dryer? It’s even easier to link global warming to droughts when prominent people make that connection for us and scold those who might disagree.

President Obama and California’s Governor Jerry Brown, for example, have concluded that climate change caused California’s 2011-2015 drought. In justifying his imposition of water rationing to deal with the drought, Brown said in 2015, “I can tell you, from California, climate change is not a hoax. We’re dealing with it, and it’s damn serious.” In a February 14, 2014 press release, Obama said, “Droughts have obviously been a part of life out here in the West since before any of us were around and water politics in California have always been complicated, but scientific evidence shows that a changing climate is going to make them more intense.” He added, “Unless and until we do more to combat carbon pollution that causes climate change, this trend is going to get worse.” President Obama has even reserved a special place on his website for climate change deniers who “are blocking progress in the fight against climate change. Find the deniers near you—and call them out today.”

President Obama and Governor Brown believe the science is settled and carbon emissions lead to droughts. Before we test the veracity of their beliefs, consider that many of the warmest places on Earth, such as rainforests, are both warm and wet. Further, some of the driest places on Earth, such as Antarctica and Siberia, are also the coldest. The coldest city in the world, Oymyakon, Russia, has a mean annual temperature of -15.5 °C and gets only 8.3 inches of precipitation per year. Antarctica’s McMurdo Dry Valleys, obviously cold, are the world's driest locations.  So we can’t just assume that warmer equals drier.

Droughts are defined by reduced precipitation and increased evaporation, and California’s 2011-2015 drought had both. What happened over the last three winters was a major reduction in precipitation (a reduction of 0.9 mm per day) with only a minor increase in evaporation (less than 0.1 mm per day). In short, the reduction in precipitation was an order of magnitude more than the increase in evaporation. “California lost essentially one full year of precipitation,” according to Richard Seager, a climate model specialist at Columbia University's Lamont-Doherty Earth Observatory. “The [reduced] precipitation was the essence of this drought,” added Marty Hoerling, a meteorologist at the NOAA Earth System Research Lab: "Farmers were praying for rain, not cooler temperatures."

So droughts haven’t become more common and California isn’t getting less precipitation. Is the world getting more wet/dry extremes as the atmosphere warms? Again, the answer is no.

Climate models have been forecasting increased wet/dry weather extremes as the Earth’s atmosphere warms. But a recent study in Nature questions this conclusion. The higher temperatures of the twentieth century, the study’s authors explain, did not translate into increased extremes between wet and dry weather. Further, looking back in history, drought was most severe in the twelfth and fifteenth centuries. Inconveniently, the twelfth century was warm and the fifteenth century was cold. “It might be more difficult than often assumed to project into the future," the study's lead author Fredrik Ljungqvist of Stockholm University said. That’s because “much of the change is not only driven by temperature, but some internal, more random variability.”

As Columbia’s Richard Seager points out, if the theories that underpin the climate models are correct, California should get more of the wet stuff during its rainy season, not less. “Model simulations indicate that human-induced climate change increases California precipitation in mid-winter, with a low-pressure circulation anomaly over the North Pacific, opposite to conditions of the last 3 winters.”

It is worth considering some other predictions the models have gotten wrong.

Not only have the climate models been wrong about California’s precipitation—at least recently—but also they have a history of being wrong about overall warming. Projections from 1998 to 2014 show that climate models have predicted far greater warming than has actually occurred. If the models were doing a good job, about 50 percent of their predictions would be higher than actual measured temperatures and 50 percent lower. That is not the case here; a mere 2.4 percent of the predictions undershot actual temperatures and 97.6 percent overshot. Now that’s a 97 percent number that’s relevant to the controversy. Climate models—the climate models behind the dire predictions and Obama’s and Brown’s forceful actions—have been “running hot,” sounding a false alarm, and predicting about 2.2 times as much warming as actually occurred from 1998 to 2014.

The settled science seems to be neither settled nor science.

We have already seen how the claims of President Obama and Governor Brown directly contradict those of:

We have also seen how climate models have been wrong—and how equatorial rain forests, Siberia, and Antarctica defy the linkage between warmth and dryness.

And yet, some scientists, as if to emphasize that the science isn’t settled, are nonetheless linking global warming with the West Coast drought. Lisa Sloan of U.C. Santa Cruz predicted in 2004 that melting Arctic sea ice would significantly decrease precipitation in the American West. Her theory is that global warming results in a rising column of relatively warm air that creates a high-pressure system that blocks the path of storms heading toward the West. Noah Diffenbaugh, a Stanford University climate scientist, concluded that greenhouse gases were likely a factor in California’s drought. His team found that the worst droughts in California's history occurred when conditions were both dry and warm, and asserted that global warming is increasing the probability those two weather patterns will coincide. He claims that this overlap of very dry and very warm years would not have happened without human influence. According to the Natural Resources Defense Council: “Parts of the Western U.S. are already experiencing water crises because of severe dry-spells, but with climate change, the entire country will likely face some level of drought.”

The science is clearly far from settled. After all, if it were settled, then why are scientists employing it to make contradictory conclusions? The simple fact that scientists disagree means that there is more research and investigation to be done before any firm conclusions can be drawn about global warming and its effect on the environment. Paradoxically, many of the people who say the California drought was caused by global warming implicitly deny the theories that they claim are settled, doing a tremendous disservice to science, logic, and humanity.

Confused? So are many scientists and politicians. At this point, the climate forecast is cloudy at best.