Designers of such anti-poverty programs must look more closely into how markets work. 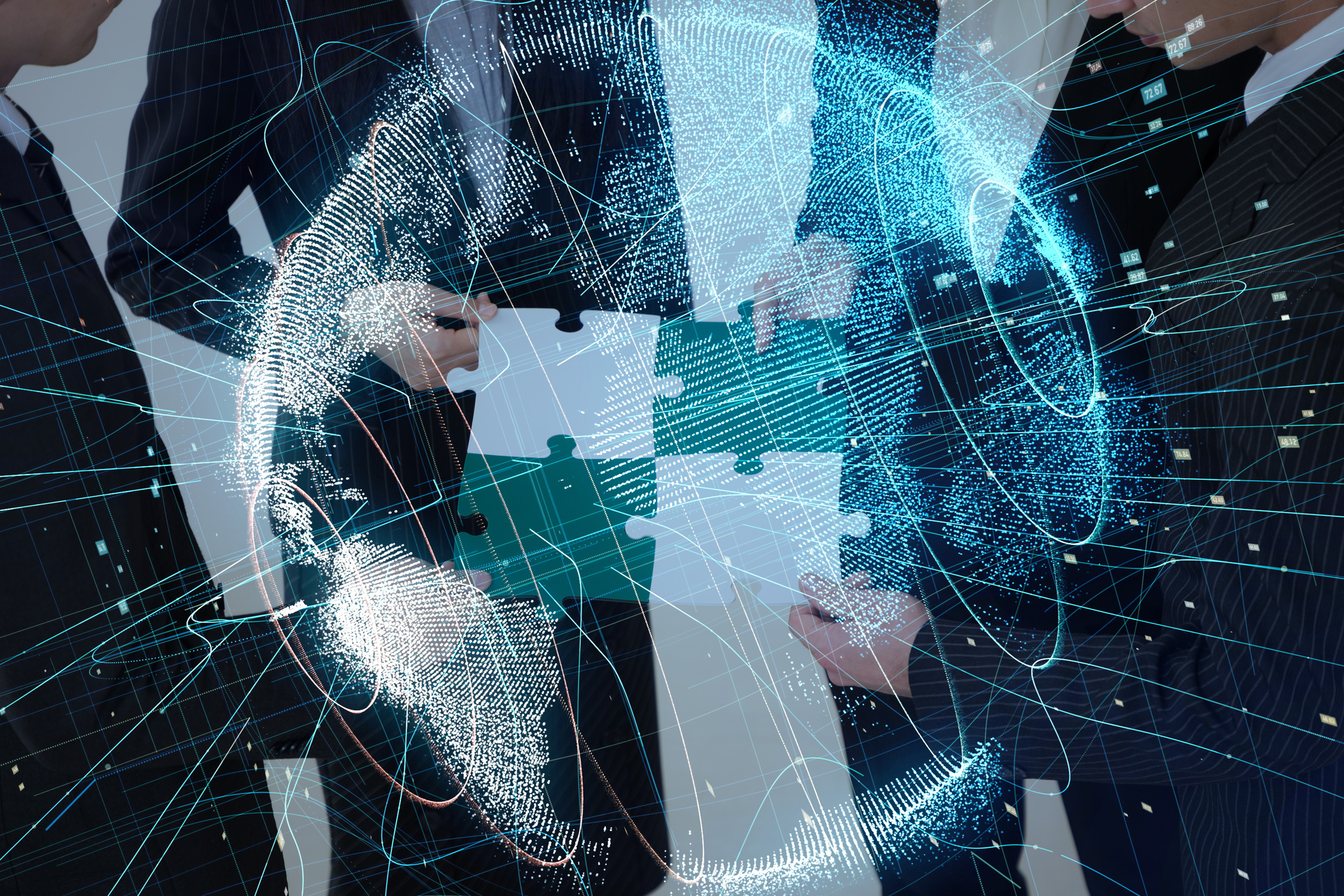 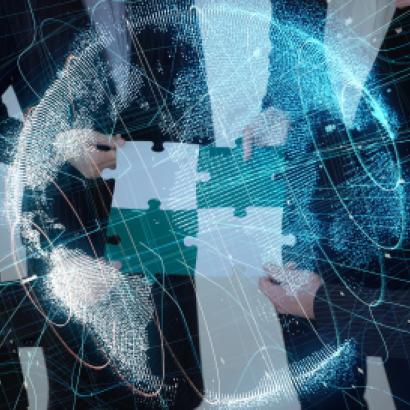 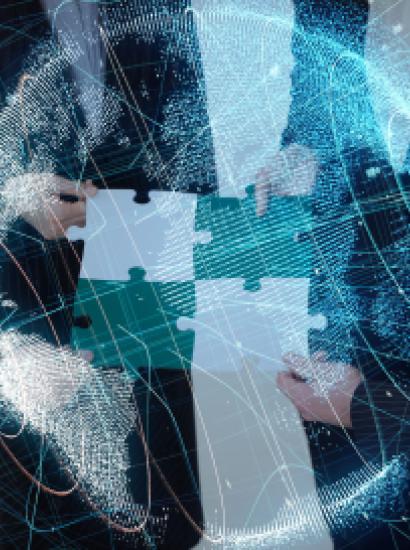 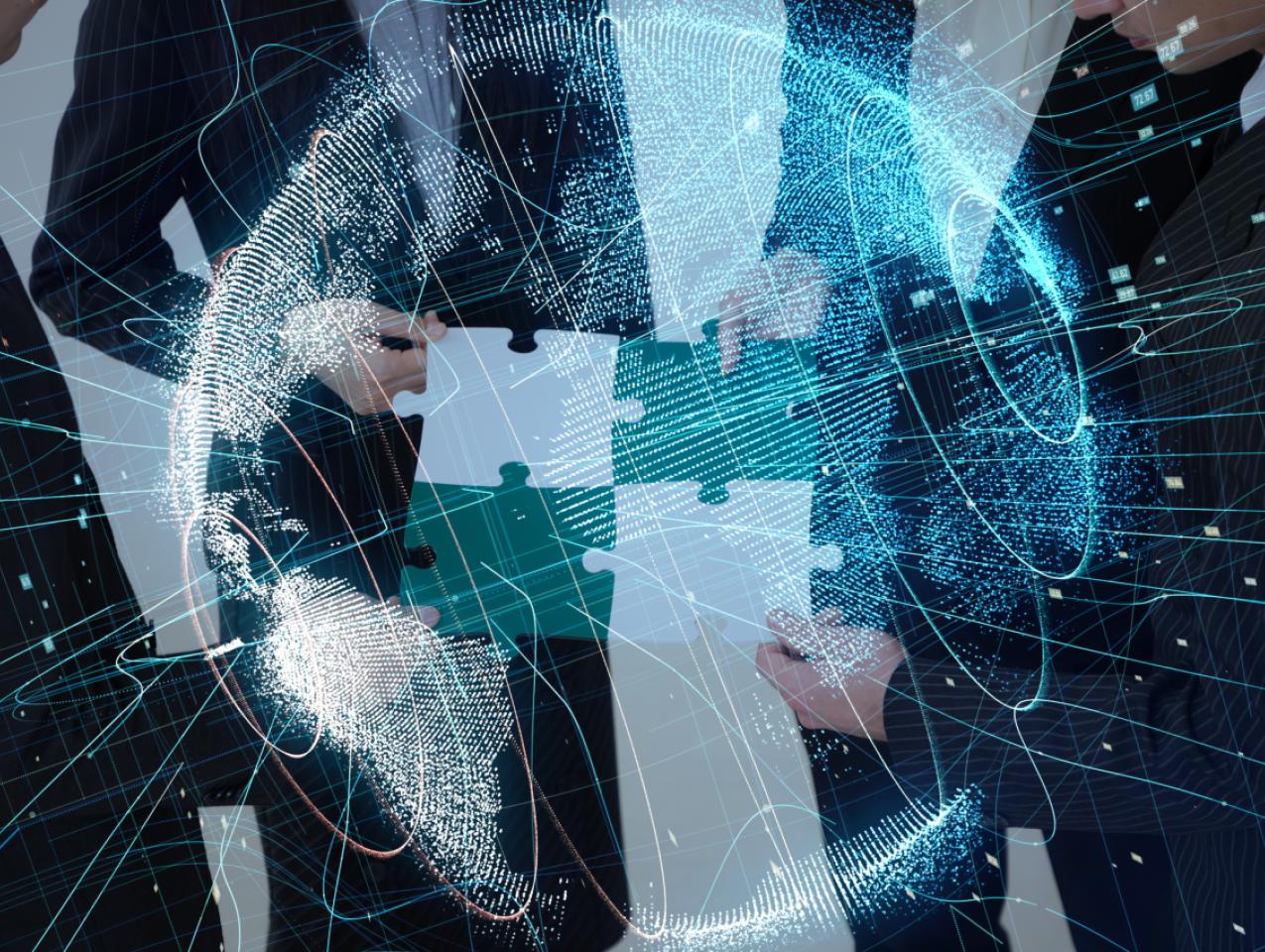 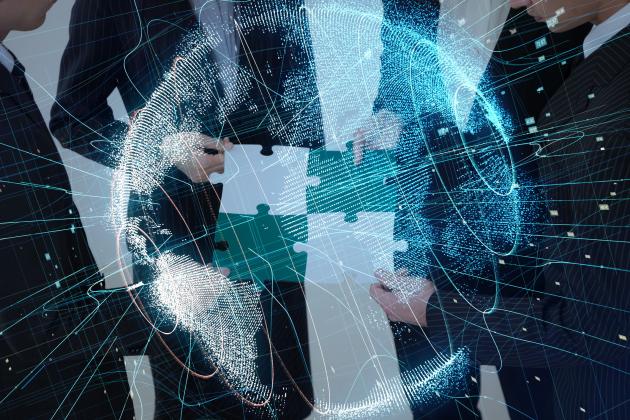 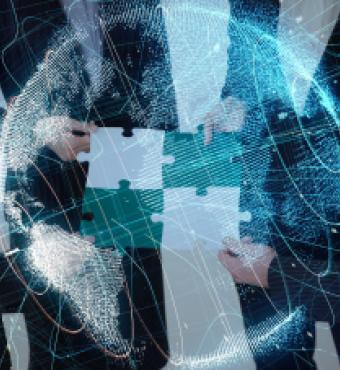 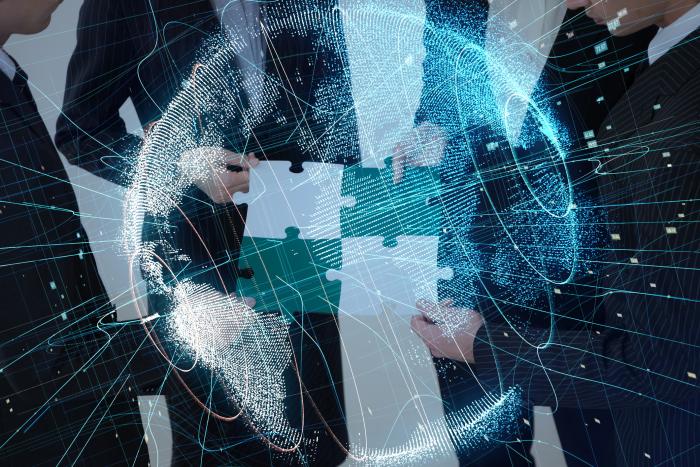 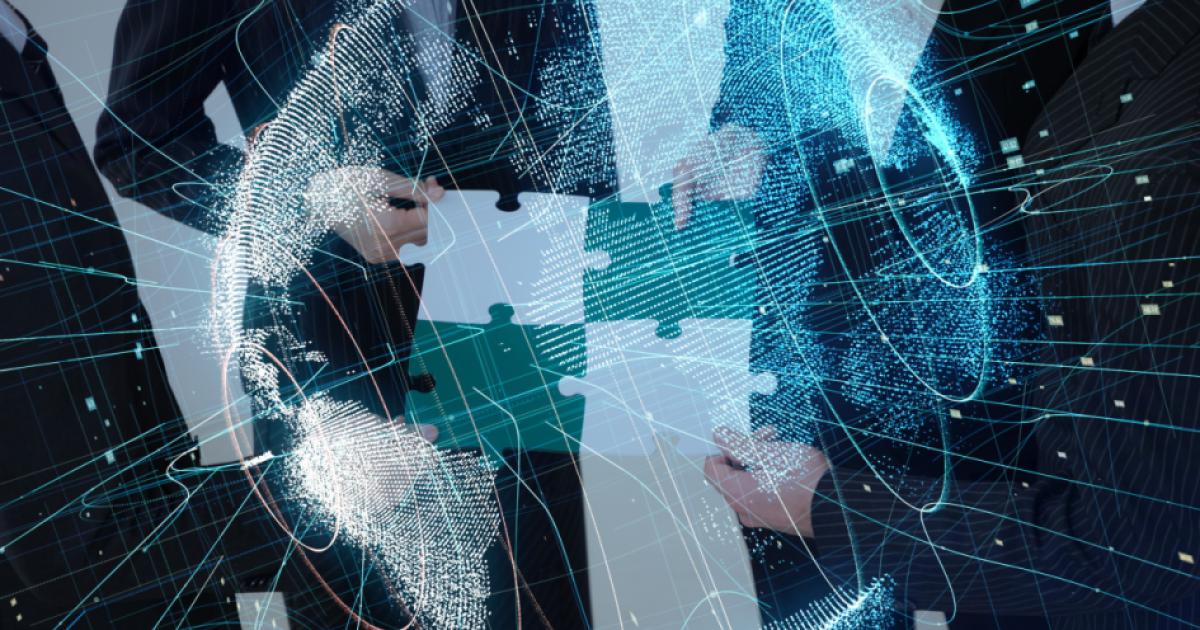 Cash transfer programs have become increasingly popular in developing countries over the past twenty years. Recently, World Bank researchers have documented a dramatic expansion of such programs to address the Covid-19 crisis and argued that they should continue to be scaled up and improved even after the pandemic ends. The reason for their popularity is that these programs have succeeded in alleviating poverty both in the short run, by transferring resources to families, and in the long run, by encouraging parents to invest in the health and education of children. This is especially true when transfers are conditional on specific eligibility requirements. So-called CCTs, or conditional cash transfer programs, typically paid by the government, target eligible families so long as they satisfy certain requirements that support development goals, such as immunizing children or keeping them in school.

From the start, however, these programs have raised concerns that a substantial portion of the transfers, especially in isolated rural communities, could be appropriated by shopkeepers through price increases, thereby reducing, if not altogether erasing, their beneficial effect on consumption. It is intuitive that when consumers receive extra income, sellers have an incentive to adjust offered quantities and prices in response to consumers’ higher ability to pay.

Thus, a number of studies have analyzed the effect of cash transfers on the average unit prices of goods and services. These studies have consistently found no impact of transfers on unit prices. For instance, studies that investigated the price effects of the celebrated CCT program Progresa, launched in Mexico in 1997 with the aim of improving education, health, and nutrition in poor rural villages, concluded that the program did not lead to higher local unit prices. Accordingly, the consensus has been that Progresa, like many other similar programs, has not had appreciable effects on prices.

But this conclusion is both premature and unwarranted. In joint research with Orazio Attanasio at Yale University published in Econometrica last year, we document that the unit prices of small quantities of common staples purchased by poorer households largely increased, whereas the unit prices of large quantities of the same goods purchased by richer households largely decreased, after the introduction of Progresa. Hence, transfers have had substantial price effects that disproportionately hurt poor households. These large distributional effects occurred even though average unit prices barely changed.

The less competitive the markets, the more pronounced the price increases. Thus, to maximize the benefits of such programs, structural market reforms that promote competitiveness are critical, and as important for food security as income transfers. Although here we consider income transfers in the context of developing economies, some of the key lessons we draw apply more broadly.

What the Existing Consensus Has Missed

The main explanation for why our conclusions differ from those reached by the existing literature is that in our work we take into account how sellers actually price their products. The markets we study are highly noncompetitive. In particular, these markets are populated by few sellers who have market power and exert it by price discriminating among consumers. That is, sellers do not set a constant unit price for a good, say, 1 peso per kilo of rice, and let consumers buy as much as they desire at this price. Rather, sellers charge substantially lower prices per kilogram when the amount purchased is large than when it is small. When a seller charges a price per unit that declines with the amount purchased, the seller is said to be price discriminating among consumers through nonlinear pricing in the form of quantity discounts.

Lower unit prices for greater quantities, or quantity discounts, are pervasive in developing countries. For example, large differences in the unit prices paid by poor and rich households have been documented for drinking water in the Philippines (McIntosh 2003) and for health care and services in Thailand (Pannarunothai and Mills 1997) and Sierra Leone (Fabricant, Kamara, and Mills 1999). Significant differences in the unit prices of basic food staples paid by poor and rich households, resulting from poor households buying smaller quantities, have been reported for villages in India (Rao 2000) and Colombia (Attanasio and Frayne 2006). (See the link below to our paper for all references.)

We find that price discrimination through quantity discounts is common in rural Mexico as well. Specifically, the local unit prices (prices per kilogram) of food items like rice, beans, and sugar are much higher for small quantities than for large ones. In the average village we study, for instance, it cost about 1 peso to buy one tenth of a kilo of rice but only 3 pesos to buy 2 kilos of rice. Hence, the price per kilo or unit price of 0.1 kilos of rice is 10 pesos whereas the unit price of 2 kilos of rice is only 1.5 pesos. In such a situation, then, average unit prices are uninformative about the actual unit prices that different households pay for the different quantities they buy.

Price discrimination or nonlinear pricing through quantity discounts arises when sellers have market power and discriminate among consumers based on how much they purchase. In this case, sellers usually charge higher unit prices for smaller quantities than for larger ones. The idea is simple: when consumers differ in how much they like a good, a seller has an incentive to sell lower quantities of a good at higher unit prices in order to induce consumers who like the good relatively more to purchase more of it. This is the logic of, say, “three for the price of two” promotions, which are meant to induce consumers to buy three units of a good instead of only one. In the example above, buying two kilos of rice is indeed much less expensive per kilo than buying 0.1 kilo of rice. In these instances, of course, families have an incentive to pool resources and buy larger quantities together. These arrangements are rarely observed in developing countries, however, because transportation costs and the difficulty of pooling enough resources for these “group purchases” and agreeing on their division typically prevent them.

The evidence that poor households pay higher unit prices than rich households for the same goods and services is usually interpreted as implying that nonlinear pricing leads to undesirably low levels of consumption among the poor. We argue in our work that the implications of quantity discounts are instead much different in general. In particular, quantity discounts, although distortionary, can help the poor.

For instance, quantity discounts might actually stimulate market participation precisely in situations in which linear pricing might result in poor consumers being excluded from a market. To see why, note that to attract poor consumers under linear pricing, sellers may have to lower their prices for all consumers so much that their profits would substantially decrease. Thus, it may not be in a seller’s interest to cater to the poorest consumers, who are then excluded from the market. Under nonlinear pricing, by contrast, a seller can lower the price of small quantities without lowering the price of large quantities—that is, make a profit by serving poor consumers as well.

We find ample evidence of this type of pricing behavior in markets for common staples in rural Mexico. In developing countries in general, consumers typically spend a large fraction of their incomes on food, face subsistence constraints on consumption, and have access to several alternative consumption possibilities, including self-production and highly subsidized government stores, whose attractiveness or feasibility differs among consumers. Our theory of price discrimination, which explicitly accounts for these features, implies that price discrimination through quantity discounts in these instances need not disproportionately depress the consumption of poor households, as discussed. In fact, such price discrimination may significantly increase both consumption and market participation among the poor, relative to linear pricing.

We document precisely these patterns for rural Mexico, where we study 363 local markets for rice, 408 for kidney beans, and 451 for sugar. For each market, we estimate households’ preferences for the consumption of these goods and sellers’ cost structure. Based on these estimates, we conclude that a substantial fraction of consumers, that is, up to 30 percent of households in the first three quartiles (lowest 75 percent) of the distribution of quantities purchased, consume much more than they would have under linear pricing. And depending on the good considered, we estimate that between 20 percent and 70 percent of households who purchase the smallest quantities—the poorest of poor consumers—would be excluded from the market under linear pricing.

The Price Effects of Transfers

Cash transfers, however, may have perverse effects in the presence of nonlinear pricing. Sellers who price nonlinearly have an incentive to charge higher unit prices to consumers whose ability to pay increases relatively more because of the transfers they collect. Poorer households, who purchase smaller quantities and tend to receive larger transfers, may then end up paying higher unit prices than before. In contrast, richer households, who purchase larger quantities and tend to receive smaller transfers, may end up paying lower unit prices. Hence, cash transfers may be much less progressive than commonly thought.

The roles of differences in consumers’ preferences and consumption opportunities and of sellers’ market power are often overlooked when evaluating policies. We hope that our theoretical and empirical work provides a guide to perform much-needed further analysis of how market power on the part of sellers affects the impact of income transfers and analogous poverty alleviation programs. Three lessons are especially important:

Understanding market structure and the price mechanism is necessary before finessing the details of any policy. In particular, reducing seller market power and fostering greater competition, for instance, by lowering production and distribution costs through better infrastructure, may be as important for alleviating poverty as cash transfer programs.

Please find a link here to our work and to its summary by the Economic Growth Center of Yale University.