Environmentalism today rejects science and technology, ensuring abject misery for the poorest on our planet. Thursday, April 19, 2012 6 min read By:
Henry I. Miller, 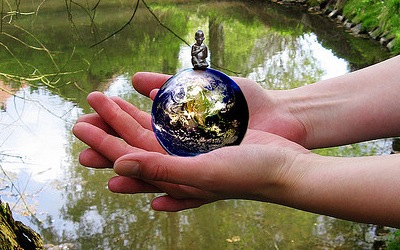 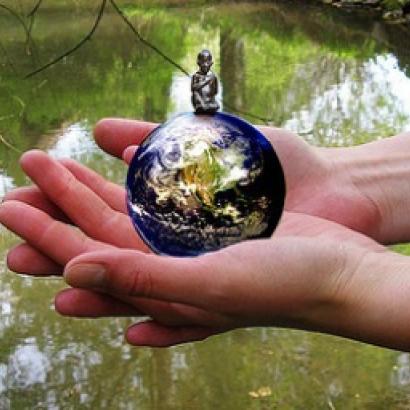 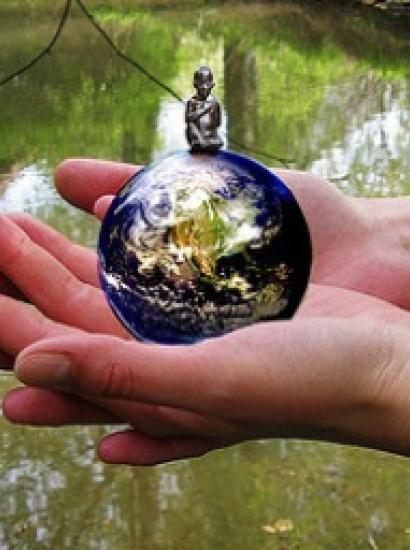 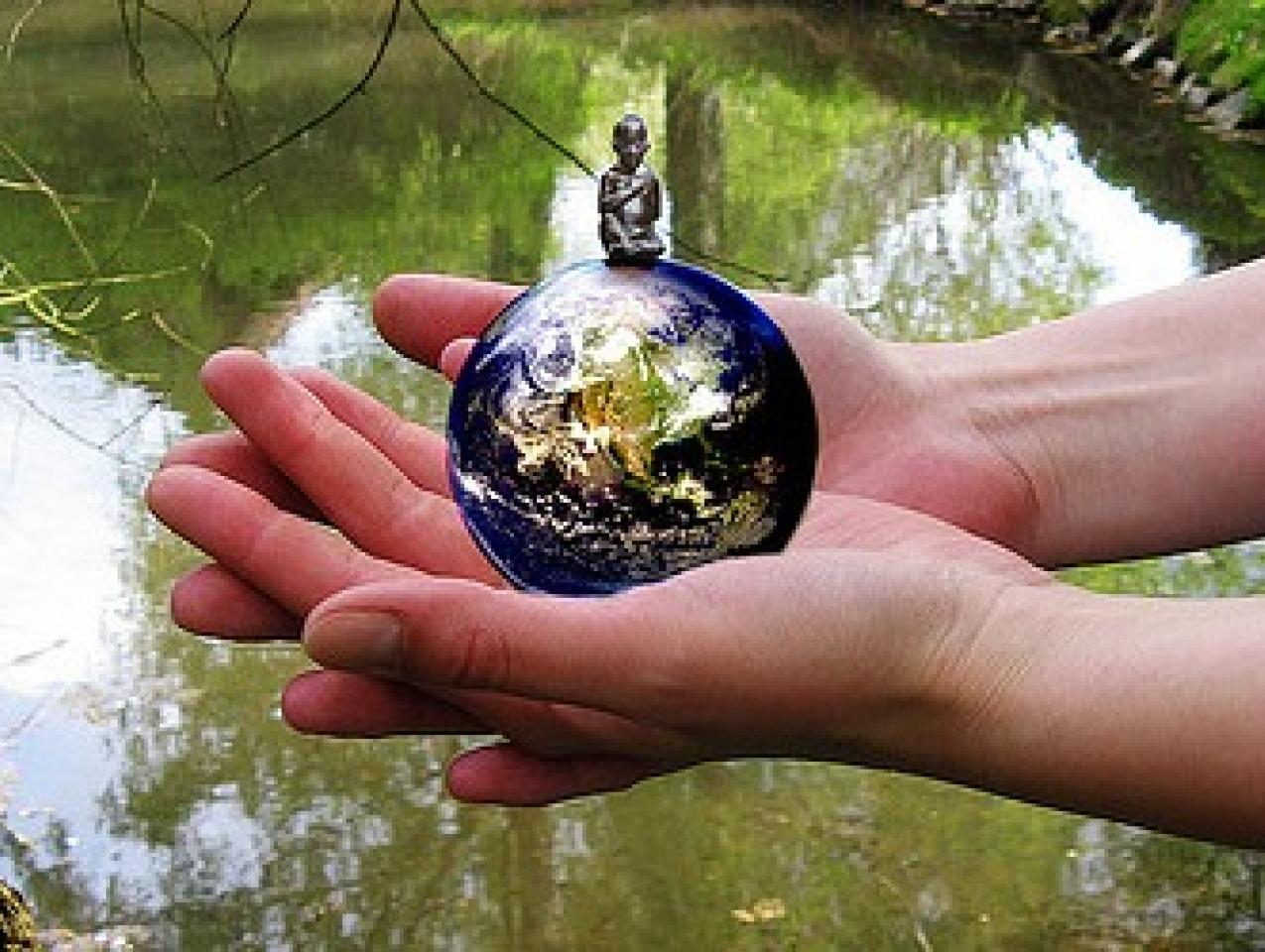 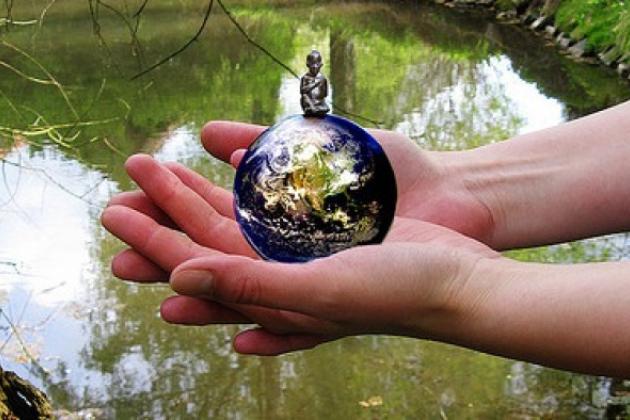 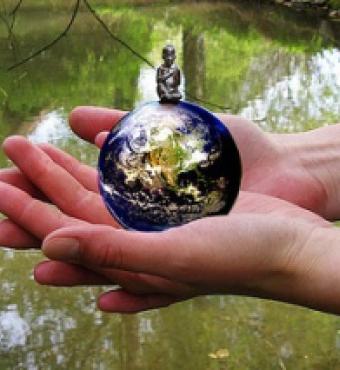 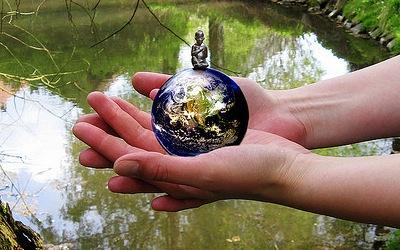 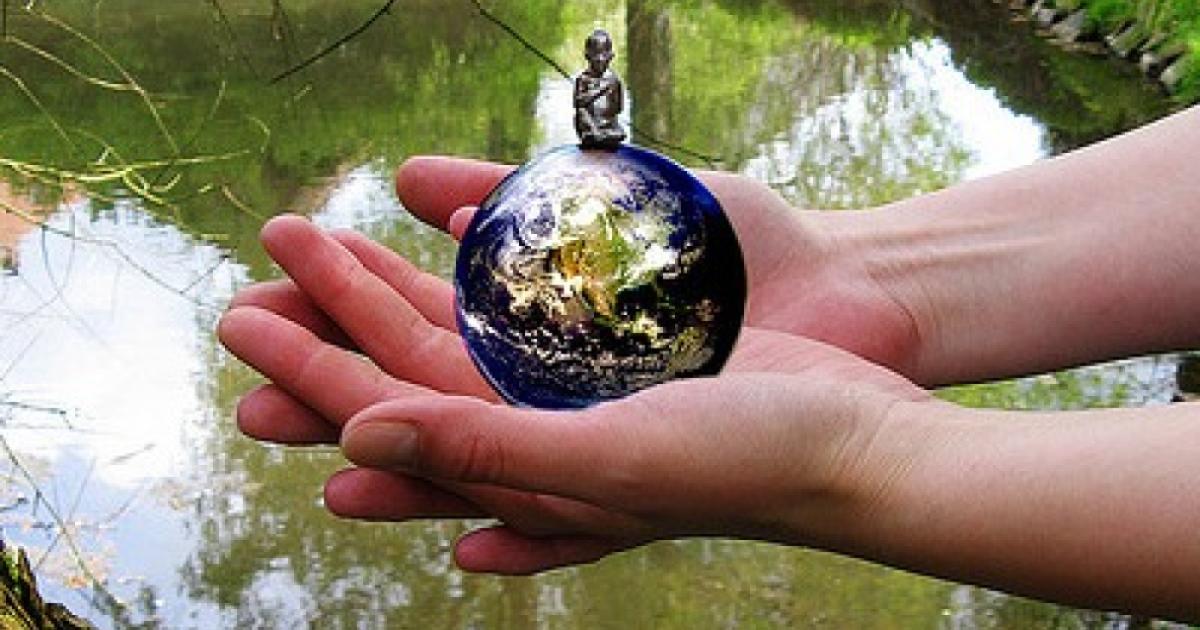 The first celebration of Earth Day, which was founded by the former U.S. Senator Gaylord Nelson, was held in 1970 as a "symbol of environmental responsibility and stewardship." In the spirit of the time, it was a touchy-feely, consciousness-raising, New Age experience, and most activities were organized at the grassroots level.

A driving force of environmentalism in that era was Rachel Carson’s best-selling book, Silent Spring, an emotionally charged but deeply flawed excoriation of the widespread spraying of chemical pesticides on crops and wetlands for the control of crop-devouring and disease-causing insects.

As described by Roger Meiners and Andy Morriss in their scholarly yet very readable analysis, "Silent Spring at 50: Reflections on an Environmental Classic," recently published by the Property and Environment Research Center, Carson exploited her reputation as a well-known nature writer to advocate and legitimatize "positions linked to a darker tradition in American environmental thinking: neo-Malthusian population control and anti-technology efforts." 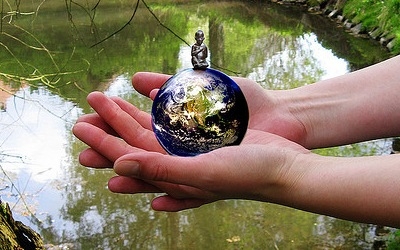 Carson’s proselytizing and advocacy led to the virtual banning of DDT and to restrictions on other chemical pesticides. These policies were based on gross misrepresentations and scholarship so atrocious that were Carson a scholar, she would be guilty of egregious academic misconduct. Years later, Carson’s observations about DDT were rebutted point by point by Dr. J. Gordon Edwards, Professor of Entomology at San Jose State University, long-time member of the Sierra Club and the Audubon Society, and a fellow of the California Academy of Sciences. In his stunning 1992 essay, "The Lies of Rachel Carson," Edwards demolished her arguments and assertions by calling attention to the critical omissions, faulty assumptions, and outright fabrications in her book:

This implication that DDT is horribly deadly is completely false. Human volunteers have ingested as much as 35 milligrams of it a day for nearly two years and suffered no adverse effects. Millions of people have lived with DDT intimately during the mosquito spray programs and nobody even got sick as a result. The National Academy of Sciences concluded in 1965 that “in a little more than two decades, DDT has prevented 500 million [human] deaths that would otherwise have been inevitable.” The World Health Organization stated that DDT had “killed more insects and saved more people than any other substance.”

Meiners and Morriss conclude correctly that the influence of Silent Spring on modern environmentalism "encourages some of the most destructive strains within environmentalism: alarmism, technophobia, failure to consider the costs and benefits of alternatives, and the discounting of human well-being around the world."

In recent years, Earth Day has provided an opportunity for environmental Cassandras to prophesy apocalypse, dish anti-technology dirt, and proselytize. Passion and zeal trump science. A perennial target at these events is biotechnology applied to agriculture, which one anti-technology activist characterized as threatening "a form of annihilation every bit as deadly as nuclear holocaust." Greenpeace seeks no less than the "complete elimination [from] the food supply and the environment" of biotech products.

Who could tell from such apocalyptic language that what is at issue are products like pro-vitamin-A-fortified "Golden Rice," which promises to ameliorate the ravages of vitamin A deficiency in many poor countries; cassava with enhanced protein levels and lower endogenous cyanide; papaya, corn, and cotton plants genetically improved to give higher yields, resist pests, grow under adverse climatic conditions, and with less agricultural chemicals; and a fast-maturing, farmed salmon that offers an eco-friendly source of high-quality, inexpensive protein.

The activists’ eco-babble ignores the scientific consensus that genetic engineering, the latest innovation of biotechnology, is a refinement of less precise methods of genetic modification that are centuries old. The U.S. National Research Council put the new biotechnology in perspective in a 1989 analysis: "With classical techniques of gene transfer, a variable number of genes can be transferred, the number depending on the mechanism of transfer; but predicting the precise number or the traits that have been transferred is difficult, and we cannot always predict the [characteristics] that will result. With organisms modified by molecular methods, we are in a better, if not perfect, position to predict the [characteristics]."

In other words, the newer techniques are more precise, more predictable, and often yield a safer, more useful product.

How well have the genetically engineered crops been accepted? Introduced less than two decades ago, they are the most rapidly adopted agricultural technology in history. In about three-dozen countries worldwide, more than 17 million farmers are using agbiotech crop varieties to produce higher yields with lower inputs and reduced environmental impact. Most of these new varieties are designed to be resistant to pests and diseases that ravage crops or to herbicides so that farmers can more effectively control insects and weeds while adopting more environmentally friendly farming practices and more benign herbicides.

DDT has killed more insects and saved more people than any other substance.

The positive impacts of genetically engineered plants have been monumental, although far short of their potential. Any innovation that decreases agricultural "inputs"—the factors that contribute to the costs of food production—benefits everyone involved in the pathway from the dirt to the dinner plate. Increased yields are environmentally important because they obviate the need to put additional land, such as forests, under cultivation.

In addition, genetically engineered plants permit more efficient water usage and encourage wider use of environmentally friendly, no-till cultivation which decreases soil erosion and releases less carbon dioxide into the atmosphere. For example, in 2009, the shift to biotech crops reduced carbon dioxide emissions by 17.6 billion kilograms, equal to the removal of 7.8 million cars from the road for a year. (Interestingly, organic farming—which explicitly prohibits the use of genetically engineered plant varieties and is the darling of the environmental movement—has opposite effects on all of these parameters.)

The shift to biotech crops has reduced carbon dioxide emissions by 17.6 billion kilograms.

The situation in India illustrates biotech’s vicissitudes. In only seven years, the introduction of pest-resistant, genetically engineered cotton revolutionized the nation’s cotton production—halved insecticide requirements, doubled yields, and generated aggregate economic benefit for farmers of more than $5 billion. India has been transformed from a cotton importer to a major exporter.

And yet resistance from activists and bureaucratic intransigence remains. In February 2010, India’s Minister of Environment and Forests imposed an indefinite moratorium on genetically modified, pest-resistant eggplant (brinjal), claiming the science wasn't yet proven. His rationale is absurd. The eggplant variety had undergone nine years of intensive testing and scrutiny (much of it gratuitous). Approximately 200 scientists and experts from more than fifteen public- and private-sector institutions participated. The application for commercialization passed the review of innumerable governmental panels and committees.

lose 50–70% of their annual marketable eggplant yield to two insects—Leucinodes orbonalis and Helicoverpa armigera—which cause severe shoot and fruit damage. The damage inflicted by these pests is carried onto the next crop. The prevalent practice of very high application of synthetic pesticides does not help because the pests live deep inside the stem and fruit tissues. No eggplant variety is resistant to these pests.

He concluded: "The government's stand has created huge regulatory uncertainties for no valid scientific reason or environmental concern. No innovator can afford to develop any biotech crop with an uncertain approval process that is divorced from science."

In the United States as well, regulators have imposed overly strict, unscientific rules on agricultural and food research that hinder new product development. In spite of the flawed regulation, approvals still trickle through.

In the long run, the virtues of genetic engineering will convert many of the skeptics, especially when full commercialization of genetically engineered rice begins in China, because that will represent the largest single application of the technology in history. The government there has already granted preliminary approvals for commercial cultivation of biotech rice and corn varieties (as well as full approval for several other plants, including green peppers, tomato, papaya, and poplar).

However, needed regulatory reform will be a struggle. Science and experience be damned, regulators are reluctant to relinquish their bloated bureaucracies, and via fear-mongering and misrepresentation, activists will continue to provide political cover for them. The stultifying, unscientific regulatory strictures of the United Nations will be particularly hard to reverse.

Earth Day offers an opportunity for reflection about our planet. Because its form of environmentalism rejects science and technology, the occasion ensures a continuation of abject misery for billions of the poorest on the planet.

Henry Miller in "Earth Day, the Free Market Way," says that "first celebration of Earth Day, which was founded by the former U.S. Senator Gaylord Nelson, was held in 1970 ...." He refers to the April 22 "environmental teach-in" organized by Senator Nelson and supporters. But the first Earth Day was not founded by Nelson nor was it on April 22, 1970. The first Earth Day was one month earlier, on March 21, 1970 -- the name and date were proposed by John McConnell, now age 97, to Peter Tamaris, Chairman of the Board of Supervisors in San Francisco in October, 1969, and publicly announced at the November 1969 UNESCO Conference on the Environment held in San Francisco. The City's Board of Supervisors resolved to hold Earth Day on the spring equinox, and hosted its observance, along with several other cities. Nelson's supporters at the UNESCO conference heard McConnell announce his idea, and took the name Earth Day for their own event without acknowledgment.

UN Secretary-General U Thant later endorsed the equinox Earth Day and hosted a celebration at the United Nations in New York in 1971. Earth Day on the equinox has been celebrated every year since then at the United Nations and in various cities around the world. McConnell chose the equinox date for Earth Day to be free of politicized cultural, religious, ethnic, and national overtones, believing that a geophysical day would focus on the common need for global peace, justice, and care of Earth.

McConnell also pioneered several other seminal ideas. He wrote an Earth Day Proclamation and obtained signatures from 36 leaders worldwide plus endorsement from Nobel Laureates. He produced the Earth Flag now used globally, got worldwide attention for a Minute for Peace following the Kennedy assassination, initiated the concept of Earth Trustees, and advanced an Earth Magna Charta with specific principles for environmental stewardship. Supporters helped him initiate the Earth Society Foundation.

Miller holds that "Because its form of environmentalism rejects science and technology, [Earth Day] ensures a continuation of abject misery for billions of the poorest on the planet." McConnell's equinox Earth Day never rejected science and technology. Long before conceiving Earth Day, McConnell worked as business manager for Alfred Nobell, a chemist. They worked at the Nobell Research Laboratory in Los Angeles which became the Nobell Research Foundation, devised a thermosetting plastic using recycled walnut shells, and designed a plant for its manufacture. Later as a newspaper editor McConnell advocated for space technology. McConnell always saw the equinox Earth Day as a means toward peace initiatives together with environmentally-responsible technology to benefit people and planet.

McConnell's story of the original Earth Day and his other initiatives is told in "Earth Day: Vision for Peace, Justice, and Earth Care," Wipf and Stock, 2011.