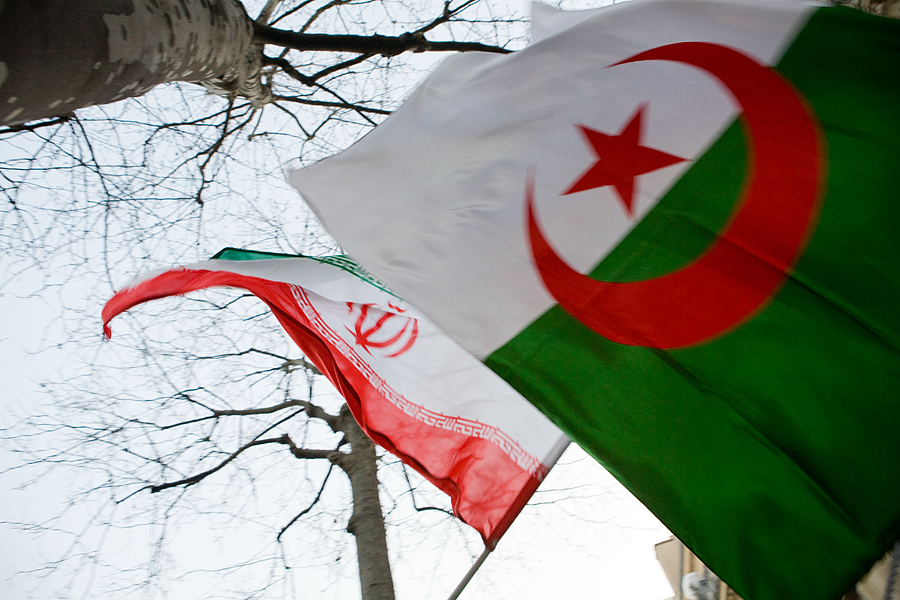 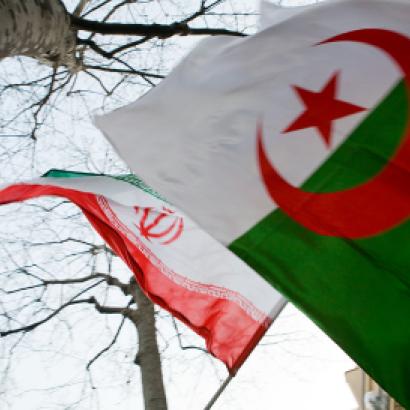 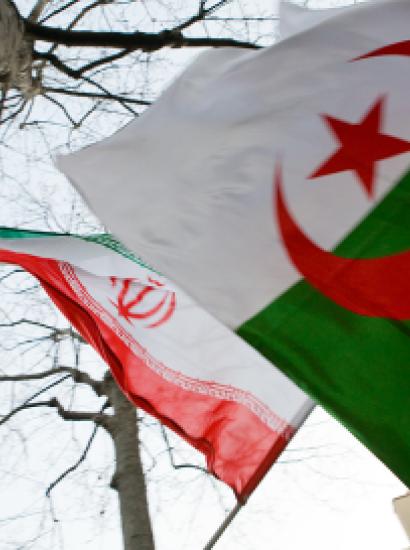 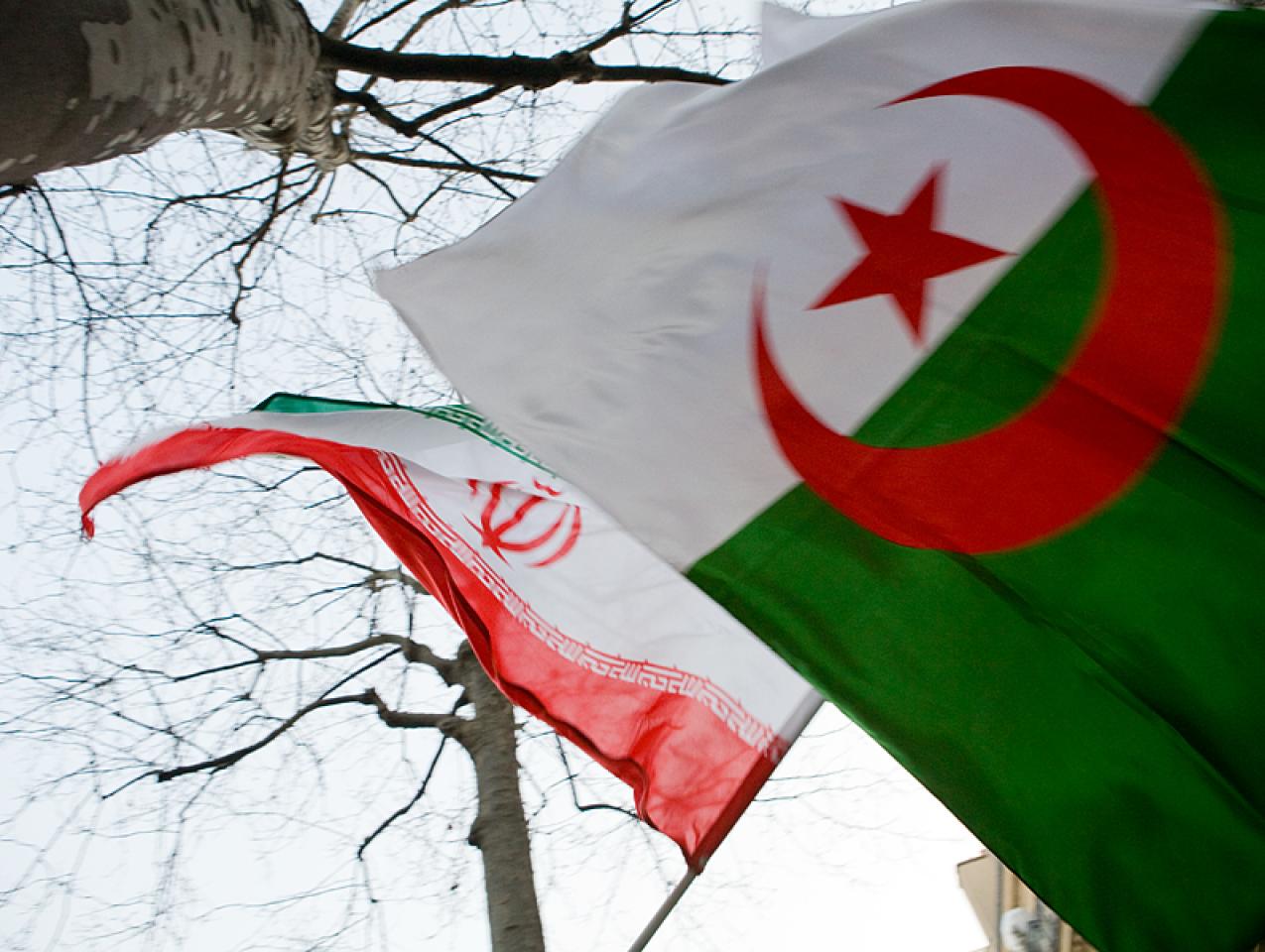 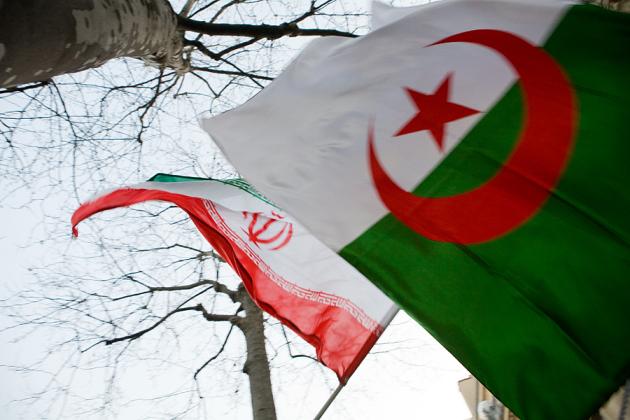 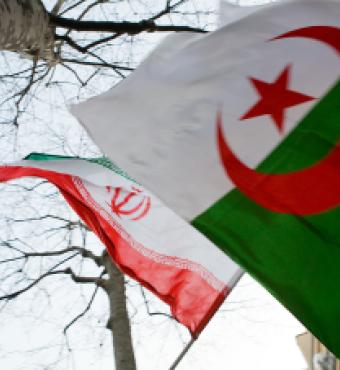 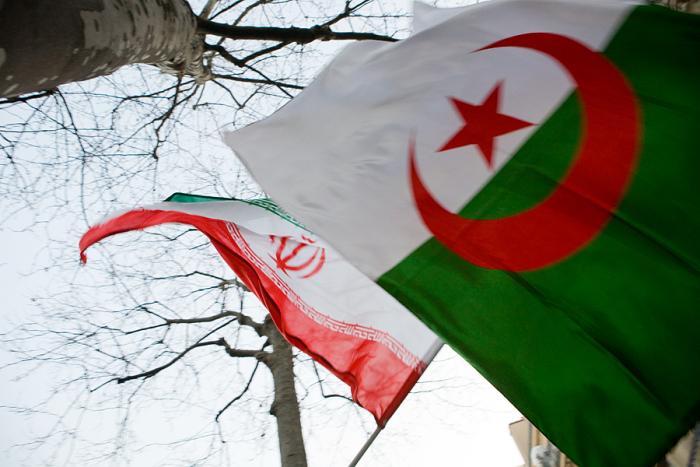 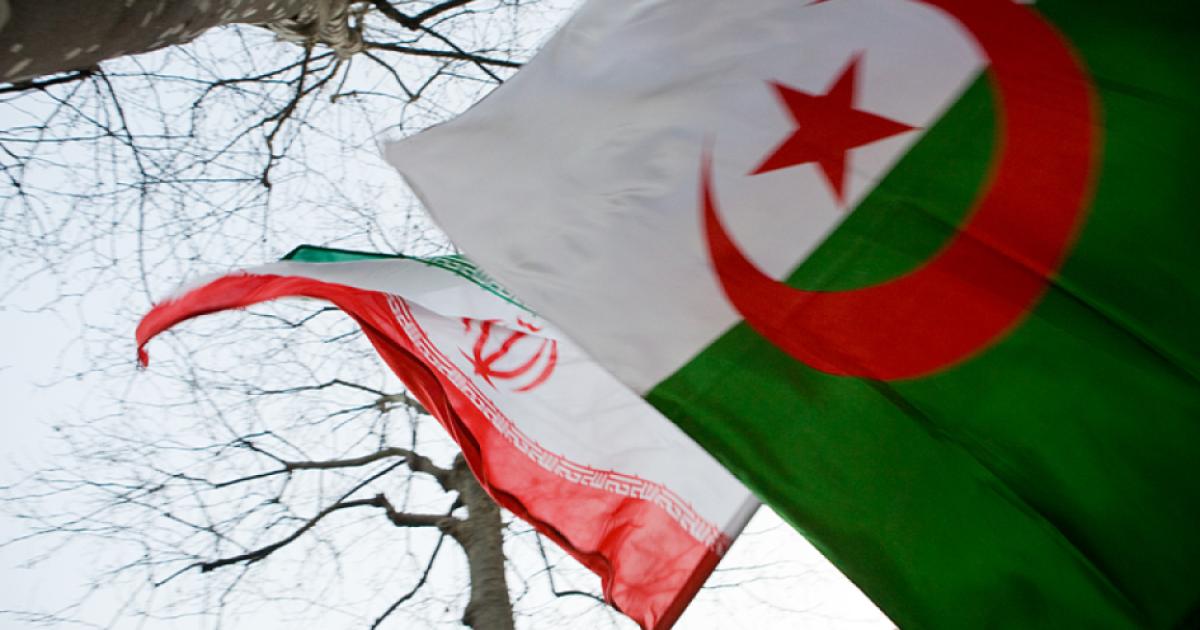 When I first started teaching law at the University of Southern California in 1968, I received a wise piece of advice from a notable trust and estate lawyer, Hermione K. Brown, who said pithily: “You can always tell a good deal because it leaves both sides happy. And you can always tell a good settlement, because it leaves both sides unhappy.” Those words came back to haunt me on my recent trip to Israel, where I had a chance to inquire about the difficult dynamics of the Israeli-Palestinian negotiations, which have soured even further in the ten days since I have returned home.

In principle, I share the common belief that a “two-state” solution offers the only way out of the impasse. Indeed, one of the more disturbing signs in Israel were the maps used by tour guides that showed a unified greater Israel, including Samaria and Judea, without any recognition of the strong Palestinian claims to those portions of what they term the occupied territories, aka, the West Bank. I can think of no more reckless course for the Israelis to take than a formal annexation of these territories, which would make the Palestinians second-class citizens in a state that they have grown to abhor. Israel would come to regret a decision that could lead to its ruination.

By the same token, a one-state solution with a joint Israeli-Palestinian government is a prelude to political strife and social calamity. The divided control will lead to one manufactured crisis after another manufactured crisis, which would be quickly followed by a coup or invasion that would once again leave the Israelis helpless against an implacable foe. Just contrast two events: Lebanon’s 1943 National Pact between the Muslims and Maronite Christians, which resulted in civil war by 1958, and the painful separation of India and Pakistan in 1947-1948, which has produced an enduring, if uneasy, peace.

A two-state solution seems to be the only way forward. The question then is what are its terms. In a recent column in the New York Times, Roger Cohen, who writes frequently about the Arab-Israeli conflict, spoke with the distinguished Israeli novelist and essayist, Amos Oz. Cohen echoed Oz’s demand for a “fair divorce” between the two sides. The op-ed’s provocative title, “A Time for Traitors,” reminded me of Brown’s general dictum: The only leaders who can work some kind of permanent peace are those who are prepared to make concessions that their own supporters will resent.

That’s the good news. The bad news about the Oz-Cohen position is that it does not offer decisive insight on the two questions that really matter. The first is what the “fair divorce” should look like, and the second is the path by which it can be reached in negotiations. Both tasks are indeed formidable.

The term “fair” as in “fair divorce” conceals the enormous difficulty in obtaining that lofty result through voluntary negotiations. “Fairness” has a storied career in all areas of legal theory and practice. In a competitive market with multiple buyers and sellers, the idea plays only a limited role in policing bargaining practices. A fair deal is one that is reached by parties of full capacity where neither uses force nor fraud against the other. So long as those procedural prerequisites are satisfied, no government official or private observer has any reason to develop an independent substantive theory of fairness to set an apartment’s rent, a worker’s wage, or a new computer’s purchase price. The job of the law is to enforce private agreements, not to revise them in accordance with some higher normative vision.

Political negotiations, alas, never take place under competitive circumstances. Oz’s reference to fairness in divorce is all too apt because in these settlements, each spouse has only one person with whom to negotiate: his or her opposite number. In the event of impasse, most divorces in the United States are resolved by litigation, in which the state breaks the hold-out advantage of both sides.

A similar difficulty arises in connection with modern American labor law, where it is considered an “unfair labor practice” for either an employer or a union to refuse to bargain in good faith with the opposite side. But here too, there is no independent definition of fairness, only a set of rules that require parties to bargain with an open mind, without forcing them to make concessions to the other side, so that strikes and lockouts, often with harmful consequences to innocent third parties (whether suppliers or consumers) are the order of the day.

This fairness problem is exceedingly acute in these political negotiations, and it is troubling that Cohen does not refer to any specific deal that he thinks can do the job. Nor does he suggest a path by which those results could be achieved, especially now that, politically, Hamas is very much in the picture. At this point, it is tempting to say that the definition of a fair settlement is one that splits the difference between the two sides.

The intuitive attractiveness of this position is, however, belied by the difficulty of figuring out where that elusive midpoint lies. In this game, the great risk is that either side, or both sides, will move the goal posts in order to shift the midpoint in the dispute in their direction. Unfortunately, in open political negotiations, there is no way to stop both parties from engaging in this behavior. Thus the Israelis can get tough with respect to the settlements that they place in the West Bank, raising fierce Palestinian objections that each new settlement amounts to a de facto annexation of territory.

Yet the risks in the opposite direction seem to be greater. In 2005, the Israelis did unilaterally withdraw from Gaza, forcibly removing the Jewish settlers in that region. My view is that this move was on balance a sensible, if difficult, strategic retreat even in light of the horrific consequences that have followed. First, it reduced the likelihood that the Israelis would become an occupying power over a class of second-class citizens. Second, it reduced the heavy costs of having to police an alien population. Third, it helped improve (at least for a short time) Israeli standing in the hostile capitals of Europe. Fourth, it left the Israeli government with the unhappy but important opportunity to reply with force in the event that Gaza became a staging ground for direct attacks on Israel. Recall that an unrepentant Hamas has used both rockets and tunnels to undermine Israeli security and has launched three wars—Operation Cast Lead in 2008, Operation Pillar of Defense in 2012, and this year's Operation Protective Edge—in the past ten years. And, last, the withdrawal offered a test case of what might happen if the Israelis were to remove themselves from the West Bank. As events have turned out, this is now even less likely to happen.

During my stay in Israel, several academics I spoke to thought that it was a worthwhile gamble to organize a staged withdrawal from the West Bank in an effort to phase in the control of that area by the Palestinian Authority (PA), which has formally broken with Hamas. I am uneasy with this situation because of the serious risk that the Fatah government could lose, or even fitfully cede, control to Hamas, at which point the entire peace of the region would be at stake. A revived and legitimated Hamas government would be able to launch direct attacks on Jerusalem and invite in other nations, e.g., Iran, to help in the fight against Israel.

But many writers thought that a slower staged withdrawal could guard against that risk by encouraging economic cooperation and allowing for a shared authority until the new Palestinian state had gained its moorings. Gaza, as it has been argued as recently as this past November, need not be used as a crutch for not making concessions on the West Bank.

Now alas, it may well be that the political risks are too great. The efforts for on the ground reconciliation seem to have foundered: witness the decision of the Israeli firm SodaStream International in October 2014 to withdraw its plants from the West Bank to the Negev in the aftermath of the last Gaza war. Fewer economic interactions are conducive to more explosive political interactions. Indeed, the danger now is that the Fatah group that heads the PA will form an active if uncertain alliance with Hamas, in an effort to achieve a political or military outcome that puts Israel at mortal risk for its welfare and survival.

The effort to force the United Nations to extend to the PA membership in the United Nations represents one recurring threat because it bypasses the entire process of voluntary negotiations between the two sides. The PA decision to apply for membership to the International Criminal Court to charge Israel with war crimes for the activities in Gaza marks a true low point that has already provoked the Israelis to freeze payments of tax revenues to the PA, and could easily lead the ever-reluctant Obama administration to cut its aid to the PA as well.

This immediate Israeli response has been to forgo the carrot and to rely heavily, if not exclusively, on the stick. It may well be that this choice is correct in light of the present alternatives, but it carries with it huge risks. It is uncertain whether this maneuver will help repair or further strain U.S.-Israeli relations given the long-standing public distaste that Barack Obama and Benjamin Netanyahu have for each other. It is also possible that by this maneuver the Israelis will lose what little support they have in the United Nations, the European Union, and the support of (if they still exist) moderate Arab groups who are willing to live with a two-state solution. It is therefore easy to conclude that short-term gains will guarantee long-term losses.

And yet, what is the alternative for Israel? From the end of the British Mandate in 1947 to the present day, Israel has lurched from one crisis and one war to another, gaining population, economic growth, and military strength along the way. Right now, as the political temperature rises, the military situation on the ground is perhaps better than it was before the last Gaza encounter. The blockade of Hamas is more effective now with Egyptian cooperation, and there is little prospect of direct engagement from Lebanon, Syria, or Jordan.

The real risk to Israel is political, and on this point I continue to be amazed that Hamas’s vile and criminal acts against both Israel and it own people have been painfully glossed over by the very people who do not accept the right to use force in self-defense when lesser means will not succeed. I have long argued in connection with Gaza that the notion of proportionality has no application when faced with deadly force by a determined ally. The Israelis, I fear, have to take first things first, which is to hang tough militarily in the short run, and hope that the PA will back off its flirtation with Hamas, and its efforts to circumvent direct negotiations by pursuing war crimes charges against its only negotiating partner. No one likes the extensive Israeli presence on the West Bank, but the recent actions of the PA make it likely that the chances of a permanent two-state solution are more remote now than ever.