Enter The Dragon: China’s Belt And Road Rising In The Middle East

Cairenes are not modest about their beloved city. It is Umm al-Dunya, they say, the mother of the world. They also call it simply Masr, the Arabic term for Egypt, suggesting, of course, that there is really nothing worth noting in the vast country beyond their grand city on the Nile. 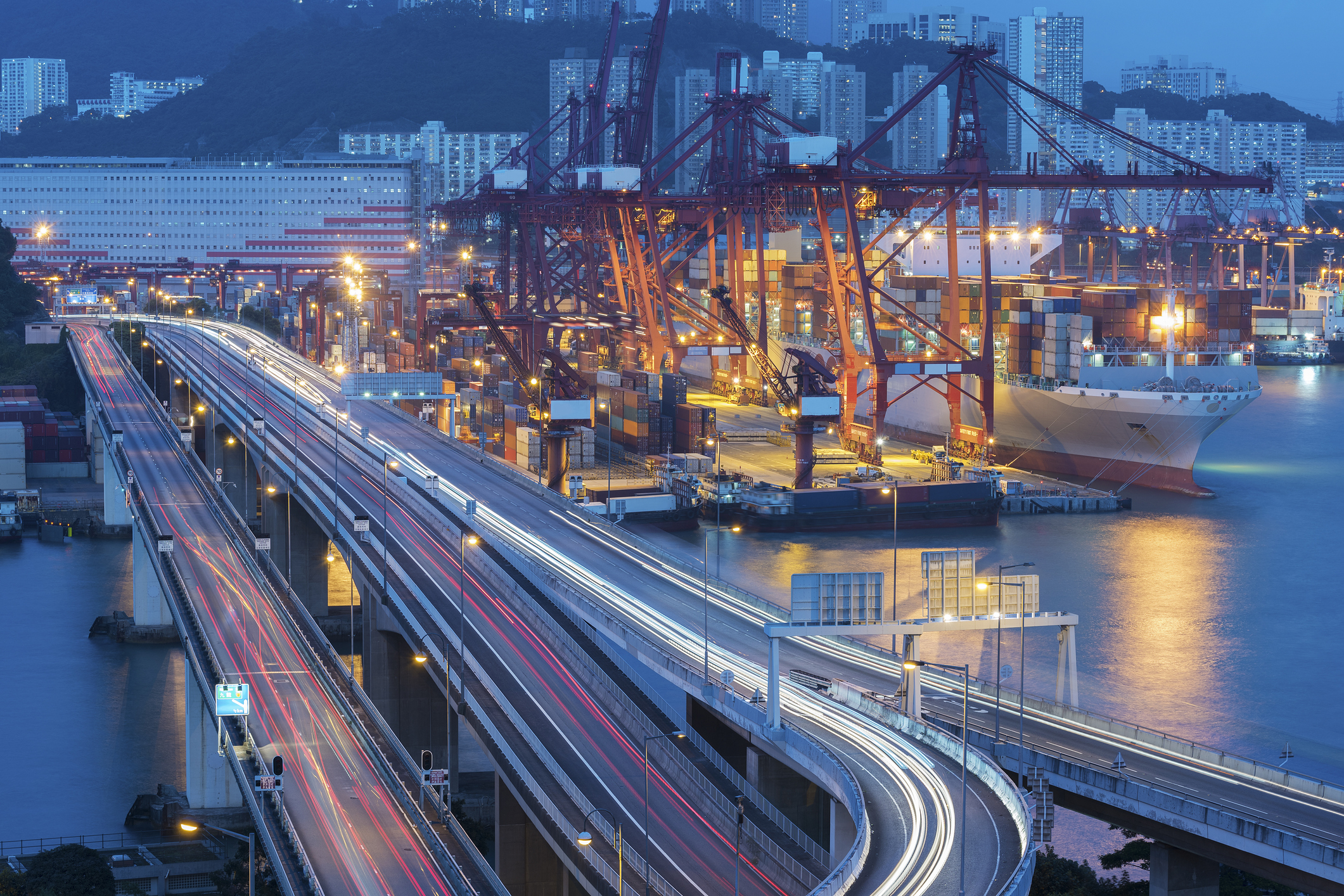 Enter The Dragon: China’s Belt And Road Rising In The Middle East 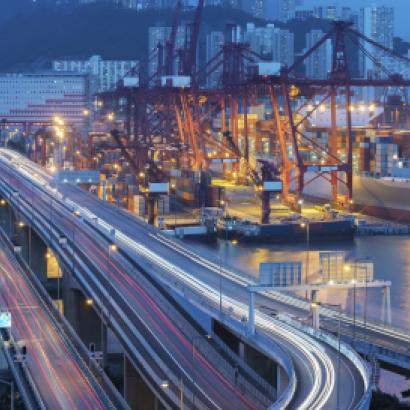 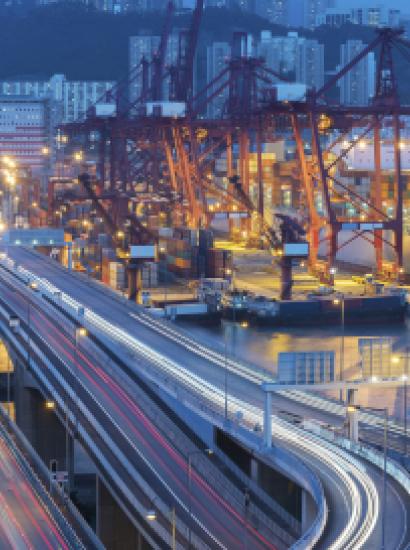 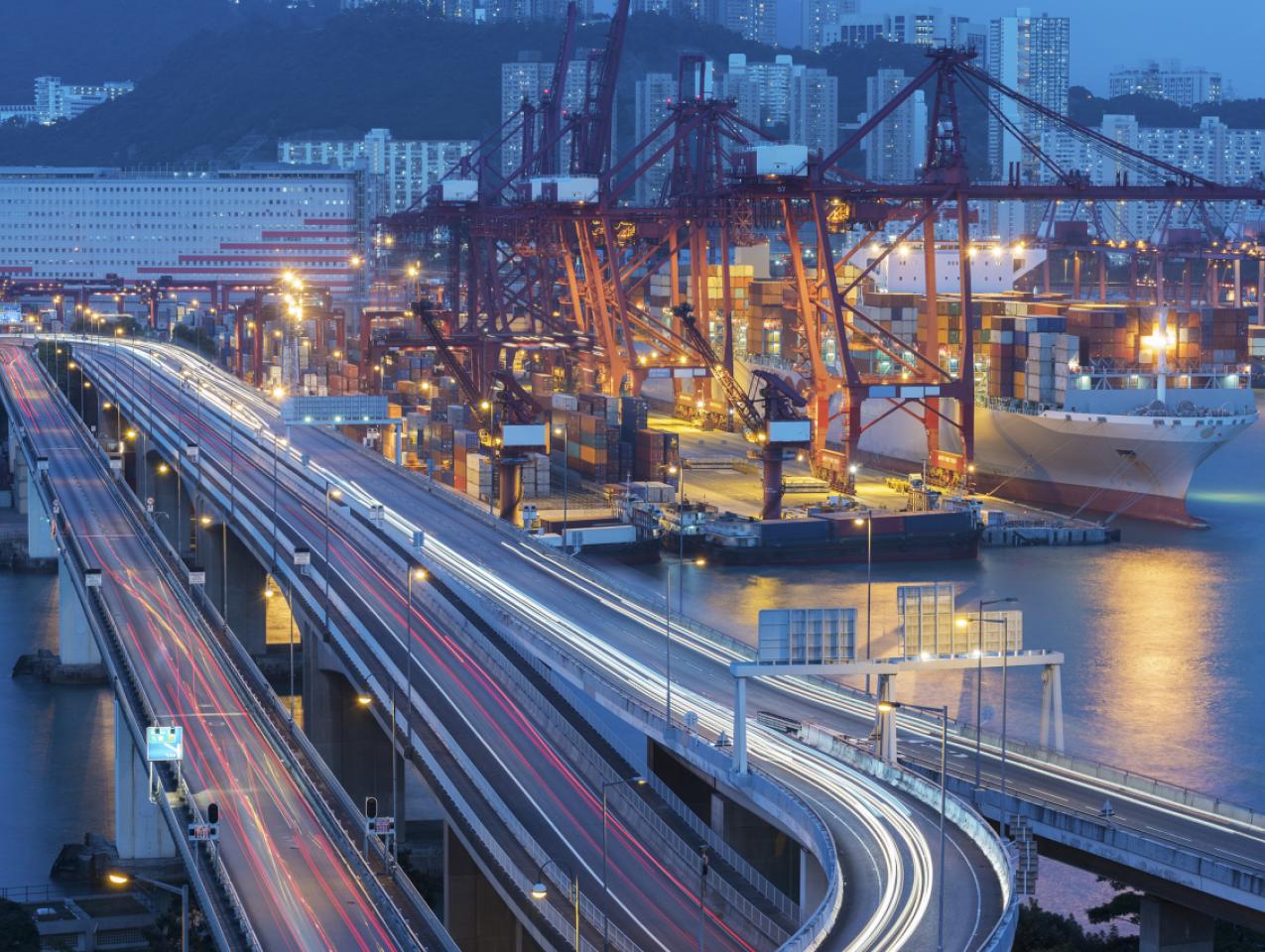 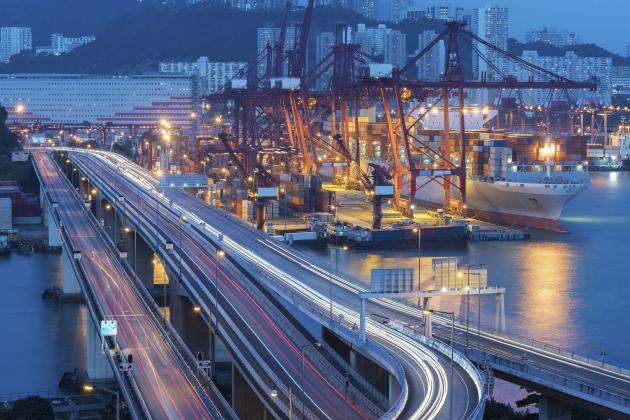 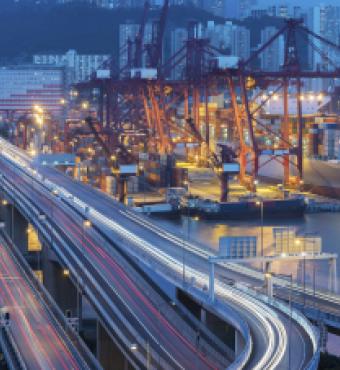 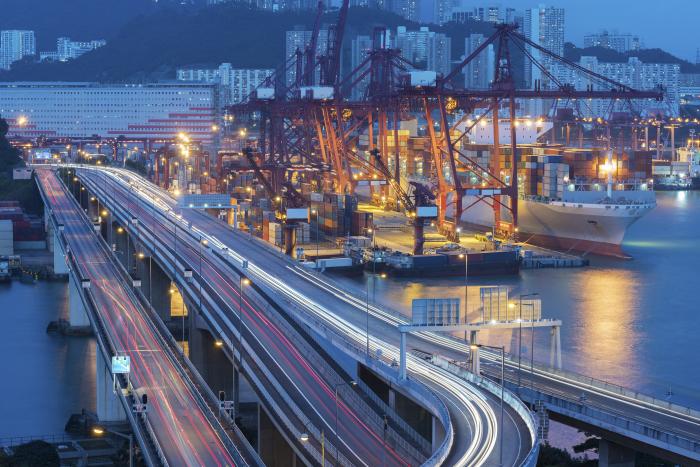 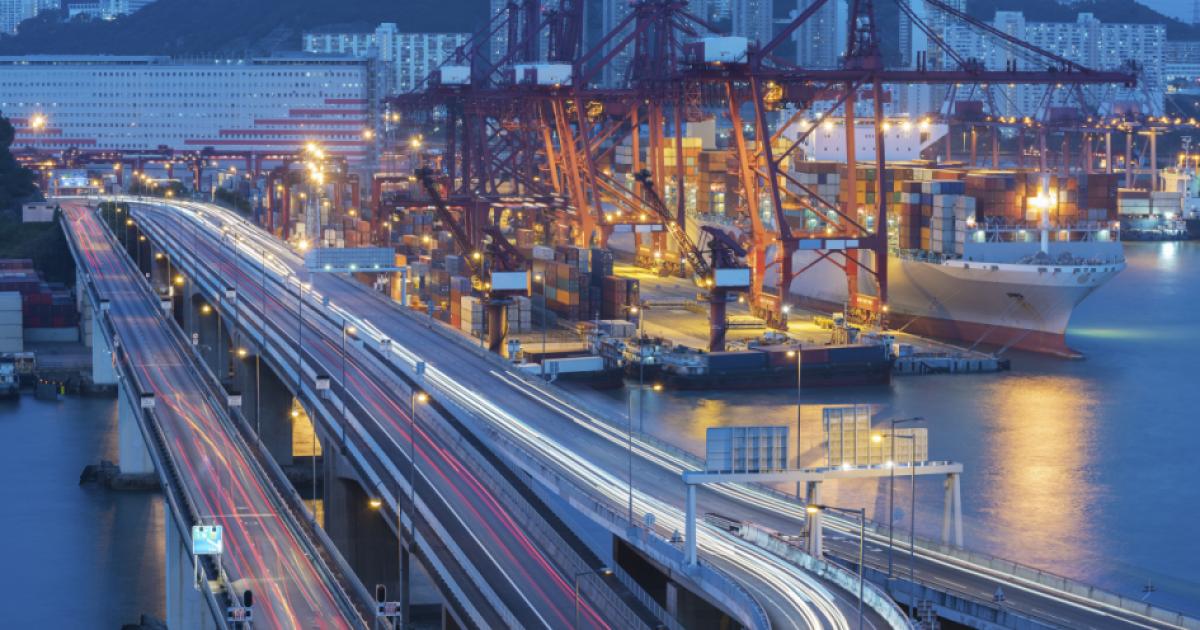 Cairenes are not modest about their beloved city. It is Umm al-Dunya, they say, the mother of the world. They also call it simply Masr, the Arabic term for Egypt, suggesting, of course, that there is really nothing worth noting in the vast country beyond their grand city on the Nile.

Fifty miles east of Cairo, a Chinese construction firm is giving the aged, crowded, increasingly decaying “mother of the world” a face-lift of sorts. China State Construction and Engineering Company (CSCEC) has broken ground on a new business and administrative district to the tune of $3 billion, mostly financed by Chinese banks. When completed by late 2019, according to projections, much of Egypt’s government will move to this new “capital.”

Other Chinese companies are actively engaged with Egyptian authorities on other aspects of the multi-billion dollar project to build a new and as yet unnamed capital city out of the desert. The new city will be larger than Singapore and aims to house some 6 million people, the planners of the so-called Administrative Capital for Urban Development say, a partnership between the Egyptian housing ministry and the military. As is the fashion of these things, the glossy brochures and websites speak of “smart cities” and “sustainable growth” and, of course, the requisite “tallest skyscraper in Africa.”

Cairo, even its most sympathetic observers will admit, has become increasingly congested, polluted, and difficult to navigate for modern business.  Her estimated metropolitan population of more than 20 million have left their mark. Cairo desperately needs an infrastructure upgrade. So, what do you do in the year 2018 when you are a developing country looking for an infrastructure upgrade? You call China, and you say the two magic words: Belt and Road.

First outlined in two speeches in 2013 by President Xi Jinping in Astana, Kazakhstan and Jakarta, Indonesia, the Belt and Road Initiative (previously known as One Belt, One Road) aims to build roads, ports, railways, and other infrastructure of connectivity across the Eurasian landmass, and into Africa and the Middle East, with up to $1 trillion of Chinese investment flowing in by the time the dust has settled. Tom Miller, author of China’s Asian Dream notes the initiative is “arguably the most ambitious development plan ever conceived.”  Even if China does not get anywhere near those ambitious numbers, the program could be a game-changer for many countries - and the BRI, as it is known, has now entered the Middle East.

In the year 2016, China marked a quiet milestone: the Middle Kingdom became the biggest investor in the Middle East. According to the Arab Investment Export Credit Guarantee Corporation, China holds nearly a third of the foreign direct investment stock in the Arab world. China, the world’s largest trading nation, is also a major importer of Middle East oil, and exporter of manufactured goods to the region. All told, China’s trade with the Middle East region exceeds $200 billion and, for several countries, China is their largest trade partner. In one sign of the times, China surpassed India two years ago as Dubai’s largest trade partner, a changing of the guard given India’s deep ties with the dynamic Emirati commercial metropolis.

Despite these numbers, critics of BRI have a warning for the Middle East and anyone who will listen. They see the plan as a geopolitical ploy by Chinese President Xi Jinping to ensnare developing countries into debt traps and thus become beholden to Beijing. They also see it as a way for China to sell its overcapacity of steel, cement and the like, while giving a jolt of stimulus to its state-owned enterprises. What’s more, Chinese-financed ports in the Arabian Sea and the Indian Ocean can also become useful stops for an expanding People’s Liberation Army Navy - a concern shared in Delhi and Washington.

Supporters of the program in the developing world see China’s investments as an opportunity to upgrade their position in a world where your prosperity is increasingly driven by physical connectivity via road, sea, and air to the rest of the world. They also like China’s approach: no pesky questions about human rights or transparency or sustainability. Besides, they point out to those in the West who lecture them on the pitfalls of BRI, “where are your companies and governments when we need your investment?”

Thus far, China’s BRI has tread lightly in the Middle East and North Africa region compared to Southeast Asia, sub-Saharan Africa, and South Asia -- which has received more attention. It has not, however tread lightly in the Muslim world. Pakistan and Malaysia have been among the largest recipients of Chinese BRI investments. For Pakistan, China’s massive $62 billion investment plans to upgrade highways, power plants, ports and the like could be transformational, particularly for a country that could not dream of attracting such capital on international markets.

To be sure, along with increasing Pakistan’s gigawatts of electricity and its container terminal capacity in ports like Gwadar on the Arabian Sea, Beijing is also increasing Islamabad’s debt pile. Pakistan is reportedly on the verge of asking the IMF for a $12 billion bail-out, and US Secretary of State Mike Pompeo has drawn a line in the sand on that rescue: not a cent should go to pay interest to Chinese state-owned enterprises.

This brings us back to Egypt. All told, the new capital city plan could exceed $20 billion, and Chinese companies will likely be the dominant foreign contractor. Chinese construction firms are already the largest investors in Egypt’s other mega-project: the expansion of the Suez Canal Economic Zone.

So, is Egypt headed toward a China-financed debt trap? Infrastructure investments often take a long time to pay off, and the lack of transparency on the deals makes it difficult to say how onerous the Chinese financing is in Egypt. In the most egregious case, Chinese financing of a mega-port and airport project in Sri Lanka under the corrupt administration of President Mahinda Rajapaksa put Colombo in a precarious position. Unable to service its mounting debts, Colombo simply handed over the port to Beijing.

As for China’s stated ambitions in the Middle East, Beijing declared the “1+2+3” principle in relations with the Arab world in an official policy paper published in 2016. Number 1 is “energy cooperation,” followed by the twin goals of infrastructure investment and trade as “the 2 wings,” followed by the tripartite goal of cooperation in “high and new tech fields of nuclear energy, space satellite, and new energy,” serving as “the 3 breakthroughs.”

The best case example of the 1+2+3 might be China’s relations with Oman. A consortium of six Chinese private firms are building a $10.7 billion industrial city in the sleepy fishing village of Duqm, 550 kilometers south of the capital, Muscat. The new Sino-Oman Industrial City, as it is called, will include an oil refinery, methanol plants, steel pipe production plants, and an auto assembly factory, according to a Reuters report.

Oman already exports more than three-fourths of all of its crude and condensates to China, and when Muscat needed some cash to plug a deficit hole, Chinese banks stepped in with a $3.6 billion loan. A solar energy project on Duqm checks the last box of the 1+2+3.

But there is another unwritten box - military cooperation. China’s Navy increasingly uses the deep water Omani port of Salalah on the Arabian Sea as a refueling and replenishing base during its anti-piracy operations. Thus far, China has not demonstrated any of the sort of aggressions in the Arabian Sea or Indian Ocean that it routinely displays in the South China Sea. What’s more, China currently benefits from the American security umbrella in the Persian Gulf -- the U.S Navy protecting the sea lanes for barrels of oil that mostly go to Asia, not the West.

Saudi Arabia and the United Arab Emirates are in an even stronger position than Oman in the 1+2+3 framework. Both have been on the receiving end of growing Chinese investment, but neither faces the prospect of a China debt trap given their own considerable resources and ability to attract international capital. Both sell considerable amounts of oil to the Asian giant, but the relationship goes beyond the transactional, as both are also developing strategic relations that include investments in downstream energy projects on the mainland.

As for Iran, China has hardly scratched the surface of its investment potential, choosing to tread cautiously lest it anger Beijing’s most important trading partner: the United States. Thus, Iran will likely continue to watch other countries receive significant BRI investments, while it sits on the sidelines, maintaining a transactional relationship with China rather than a strategic one.

Afshin Molavi is a senior fellow at the Foreign Policy Institute of Johns Hopkins SAIS and a visiting fellow at the Hoover Institution’s Islamism and the International Order project, where he is exploring the commercial, economic and political intersections between the broader Middle East and Asia.