Critical infrastructure is being stymied by regulations that harm the environment and developers alike. 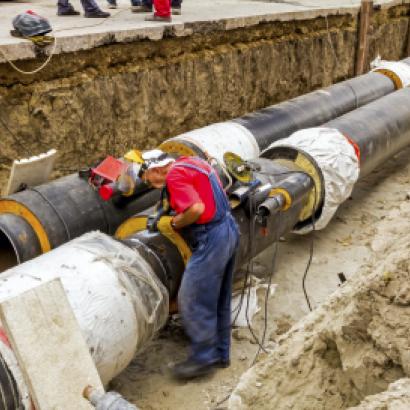 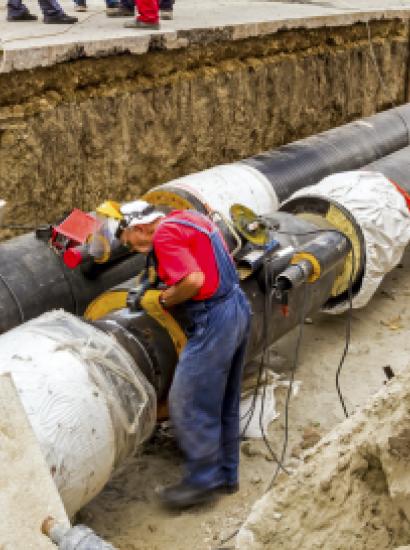 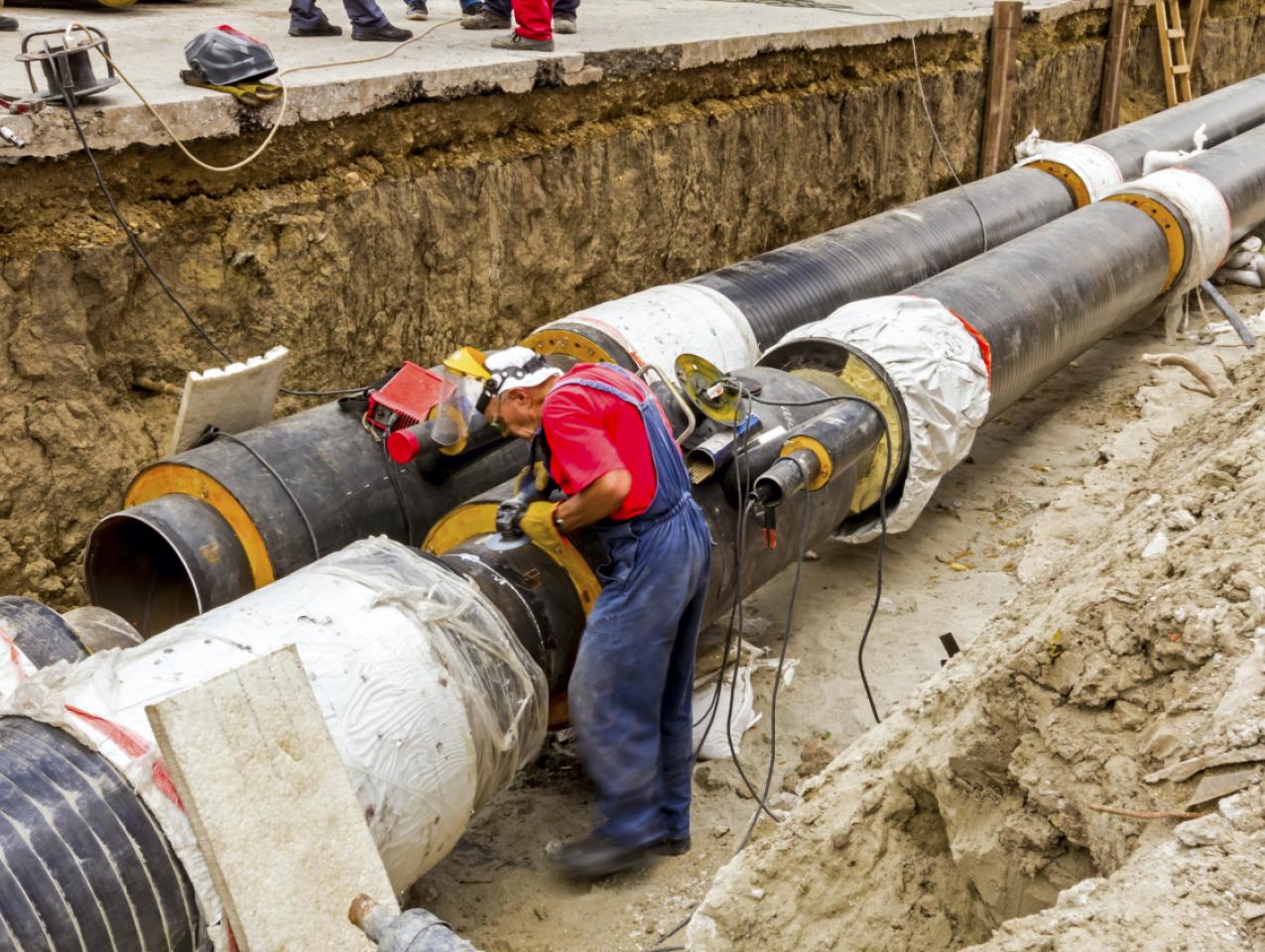 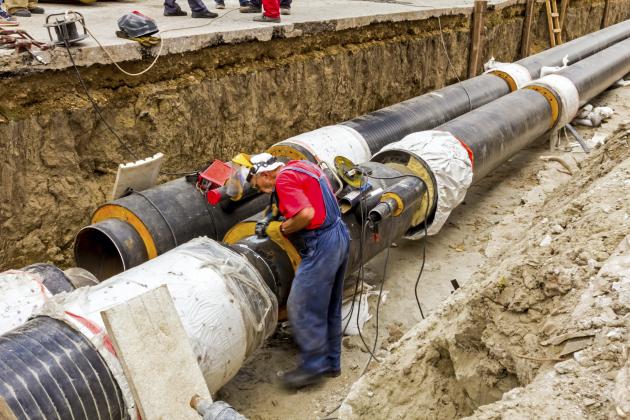 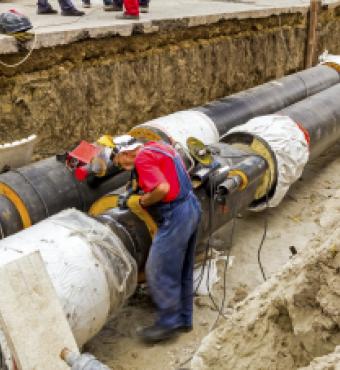 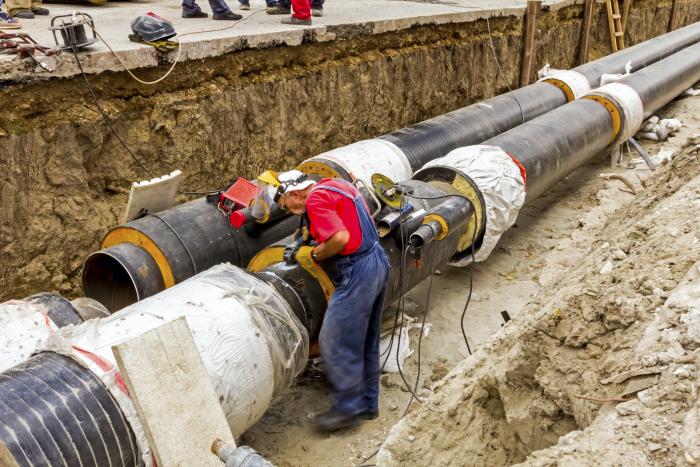 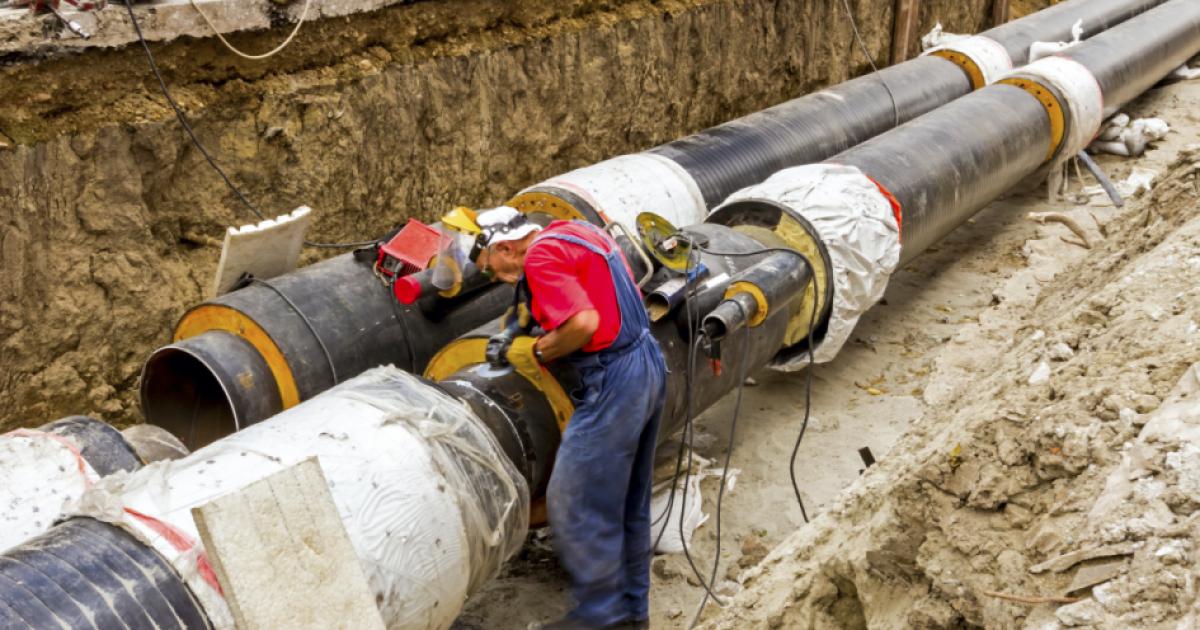 There is wide bipartisan support to take immediate steps at all levels of government to improve America’s aging and dilapidated infrastructure. The challenge of infrastructure design is to move people and goods rapidly and efficiently from one place to another, while minimizing adverse environmental impacts.

Private firms can, of course, do a great deal of the legwork in putting this infrastructure together. But private enterprise cannot do the job alone. Long and skinny infrastructure elements, like railroads, highways, and pipelines, typically require the use of the government power of eminent domain to assemble the needed parcels of land. In addition, much infrastructure has to be built across government-owned land. The cooperation of government is thus needed for the completion of these projects. And there is always the risk that any major construction project could cause serious physical damage to the larger environment.

There is a need, therefore, to balance environmental protection with efficient and cost-effective infrastructure development. But it is at this critical juncture that the environmental movement has run off the rails. The passage of the National Environmental Protection Act (NEPA) in 1969 signaled the dawn of a new era in environmental law—the age of non-stop permit-process. NEPA itself contains no substantive requirements intended to enhance overall environmental protection; but it does introduce an elaborate system of “permitting” that must be satisfied before any particular project can proceed.

Thus under NEPA, it becomes incumbent to prepare an environmental impact statement for all “proposals for legislation and other major Federal actions significantly affecting the quality of the human environment.” That statement must deal with the full range of potential “adverse environmental effects,” coupled with an evaluation of the alternatives to that action, in light of both their short- and long-term impact. From its inception, NEPA was given its most aggressive interpretation, chiefly on the ground that all the risks lay in allowing projects to go forward, especially nuclear power facilities, rather than slowing them down.

Laboring under this mindset, Professor Richard Lazarus of Harvard Law School, an ardent environmentalist, has lauded NEPA as the “Magna Carta” of environmental law in the United States, claiming that it has “successfully prevented at least hundreds, and likely thousands, of actions from causing unnecessary damage to the nation’s environment.” There is no dispute that NEPA has prevented the completion of thousands of public work projects. But there is also every reason to believe that it embodies a fundamentally misguided method for dealing with environmental risks.

As with all types of permitting schemes, decisions under NEPA are subject to two different types of error. The first is that it allows projects that never should have been completed to enter the marketplace. The second is that it blocks or slows the completion of the vital projects needed to maintain the operation, repair, and expansion of infrastructure. In the 47 years since its passage, NEPA has developed an incredibly complex protocol that requires government oversight agencies to undertake exhaustive preliminary environmental assessments (EAs) simply to determine whether a complete environmental impact statement (EIS) is required, or whether it is proper to issue a “Finding of No Significant Impact” (FONSI) so that the EIS need not be undertaken.

This complex scheme is costly to administer. Its looming presence always kills some projects, while delaying and compromising those that do make it through, without ever making any sensible estimation of which of the two kinds of error is more costly or likely. The argument against NEPA is not that environmental protection is not needed; it is that the older public policy approach, tied more closely to judicial rules dealing with environmental risks, offers a better path forward. Such an approach would take these key steps. First, it would define the narrow class of adverse consequences for which legal relief is supplied as of right. These cover only various forms of nuisance and pollution such as emissions of odors, fluids, and solids that pose threats to public rivers, air, and lands, or to the private property of other landowners. More importantly, the traditional approach refrains from ordering any kind of legal relief until the harms, narrowly defined, have either occurred or are likely to occur imminently. The approach also routinely allows actions against any person who caused damage to either public or private property.

This slimmed-down approach offers a far superior guide to official government action. By contrast, by requiring all sources of potential soft harm to the environment to be evaluated, the NEPA process stretches out interminably, so that ten years of review are needed before actual construction can begin. These soft harms are so ubiquitous that someone, somewhere, will always harbor some deep grievance no matter what particular route is selected. That increased delay rarely, if ever, leads to better decisions. In his recent op-ed in the Wall Street Journal calling for a more rapid permitting process for the Keystone XL and Dakota Access pipeline projects, Alaska Republican Senator Don Sullivan noted that the entire Alaska Canada highway was built in eight months over hostile terrain during the middle of the Second World War compared to the 10 to 20 years it often takes today for managing a major project from start to finish. He might have added that the Army Corps of Engineers completed its preliminary route assessment in about 48 hours, trusting its ability to make on the spot adjustments as the work proceeded.

An expedited approach is still possible today. One instructive example is the repair work done to the Santa Monica freeway after the Northridge earthquake collapsed two major bridges on January 17, 1994, snarling traffic throughout West Los Angeles. Then-governor Pete Wilson waived all environmental safeguards and made a deal with C.C. Myers & Co. for a base price in 1994 dollars of $14.9 million, with a bonus of $200,000 for each day the work came in ahead of the June 24, 1994 deadline. The project would have taken at least two years to complete if standard practices were in order. Under the contract, it came in 74 days early, cutting projected construction time in half. Myers earned its $14.8 million bonus by working its crews around-the-clock seven days a week. That extra incentive allowed Los Angeles to avoid losses estimated, on the low side in my view, at $1 million per day from traffic dislocation, additional tailpipe emissions, and the inconvenience caused to businesses and residents alike. Yet at no time did anyone point to any nuisance or similar harms that required ex post remediation. Then-mayor of Los Angeles Richard Riordan observed when the project was done: "This is the way government should be carried out all the time, not just in emergencies."

Unfortunately, his sage advice cannot be put routinely into effect under the inexcusably tedious NEPA process, which requires applicants to explore in excruciating detail hundreds of contingencies at dozens of locations, knowing full well that 99.9 percent or more are dead-ends. By taking the alternative approach of waiting until danger looms, the project manager is able to use simpler and more effective techniques for construction, knowing that if the improbable happens, corrective action is close at hand.

Lest anyone think this deferred process is a license for reckless behavior, the delayed form of intervention comes with four key caveats. First, the usual internal norms from the construction industry should still govern the preapproval stage for all projects. These can simply be incorporated by reference into a revised NEPA statute. Second, damage actions are allowed for any harm the project causes, under strict rules that do not allow the developer to escape liability by showing it exhibited a high level of care in doing its work. Third, injunctive relief is similarly strict, and the ban remains in effect until that developer has corrected the situation that called for the injunction in the first place—but no longer. Fourth, no government permit should ever block action by an aggrieved private party seeking tort damages or an injunction if it should be exposed to the risk of actual or threatened harm. A government permit should never be a shield against potential liability for pollution or nuisance.

Once these protocols are implemented, improving infrastructure becomes vastly cheaper. More concretely, the entire process of route selection is utterly irrelevant to any repairs on existing facilities. And a hugely expedited process could be used for any new project that is located cheek-by-jowl with an existing facility. That one simple step would shave years off current permit processes that require the exhaustive review for all projects. Only rarely will a full-scale EIS be needed. As Senator Sullivan noted, both the Keystone XL pipeline and the Dakota Access pipeline have been stalled endlessly by an out-of-control permit process, which ironically introduces unnecessary environmental harms by forcing parties to ship oil by truck and rail, both far more dangerous. Tragically, even if we ignore all other costs, more permits in this and many other situations imply more environmental risks.

One last line of response is that my narrow focus on nuisance and pollution ignores all the other vital human and aesthetic values, including those associated with landmark and habitat protection. The criticism is wholly misplaced. One key distinction ignored by ardent environmentalists is that between imposing losses and asking for benefits. It is one thing to stop without any compensation new construction whose runoff pollutes public waters. It is quite another to stop construction without compensation on lands the government wishes to convert into a wetland preserve or a national monument. In the latter cases, these takings are surely for a public use, which allows the government to implement the program so long as it compensates the owner in full. But it becomes ludicrous to say, as does the Supreme Court, that the use of air rights for construction can be blocked without compensation to preserve the views up Park Avenue, or that ranchers must forgo the use of their lands to provide habitat for endangered species, also at no cost to the public. This semantic double-talk puts enormous pressure on the entire permitting process, from which it should be immediately separated.

A slimmed-down process could easily cut the cost and time of infrastructure repair and improvements, at an educated guess, by 75 percent, while improving overall environmental amenities. President-elect Trump and Oklahoma Attorney General Scott Pruitt, his proposed EPA head, have a huge opportunity to do much constructive work in this sadly overregulated area come January 2017.