The phrase “the struggle for Turkey’s soul” once served as shorthand for the perceived conflict between the country’s secular democratic values and Muslim religious values. With the July 8, 2018 inauguration of Recep Tayyip Erdogan as Turkey’s President, democratic values and Muslim values now struggle with hyper-empowered Erdogan’s personal political goals and his devilish acquisition of authoritarian power. 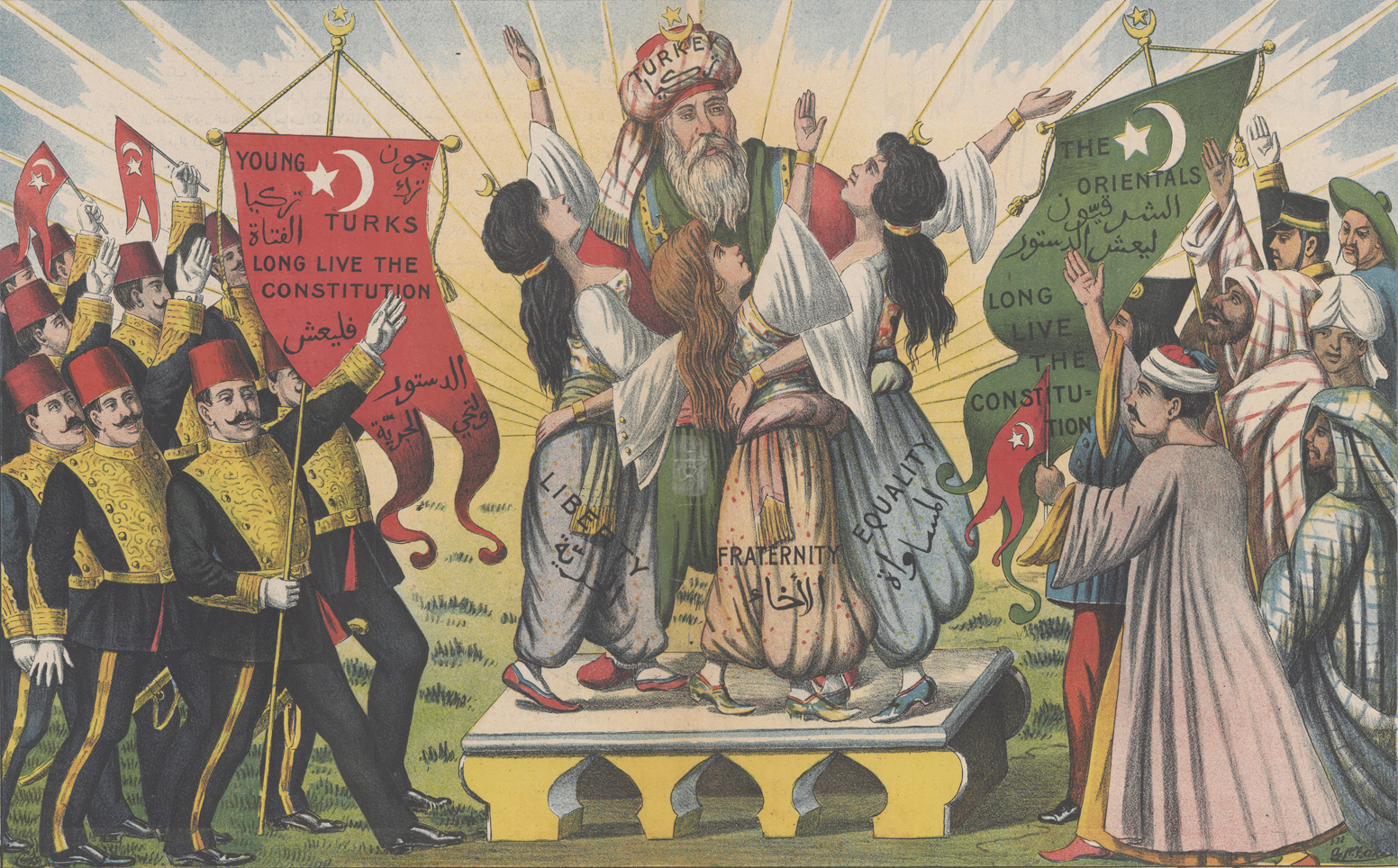 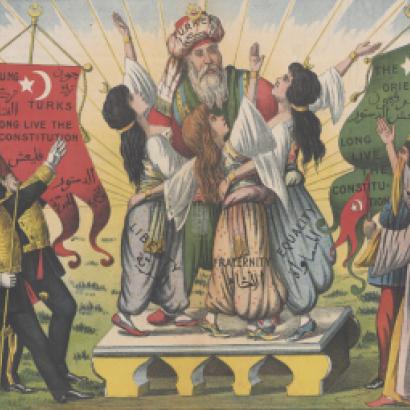 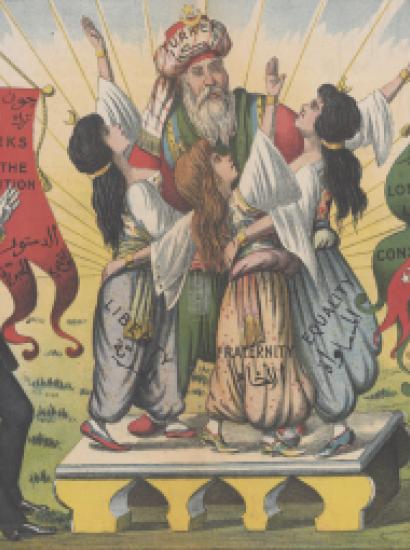 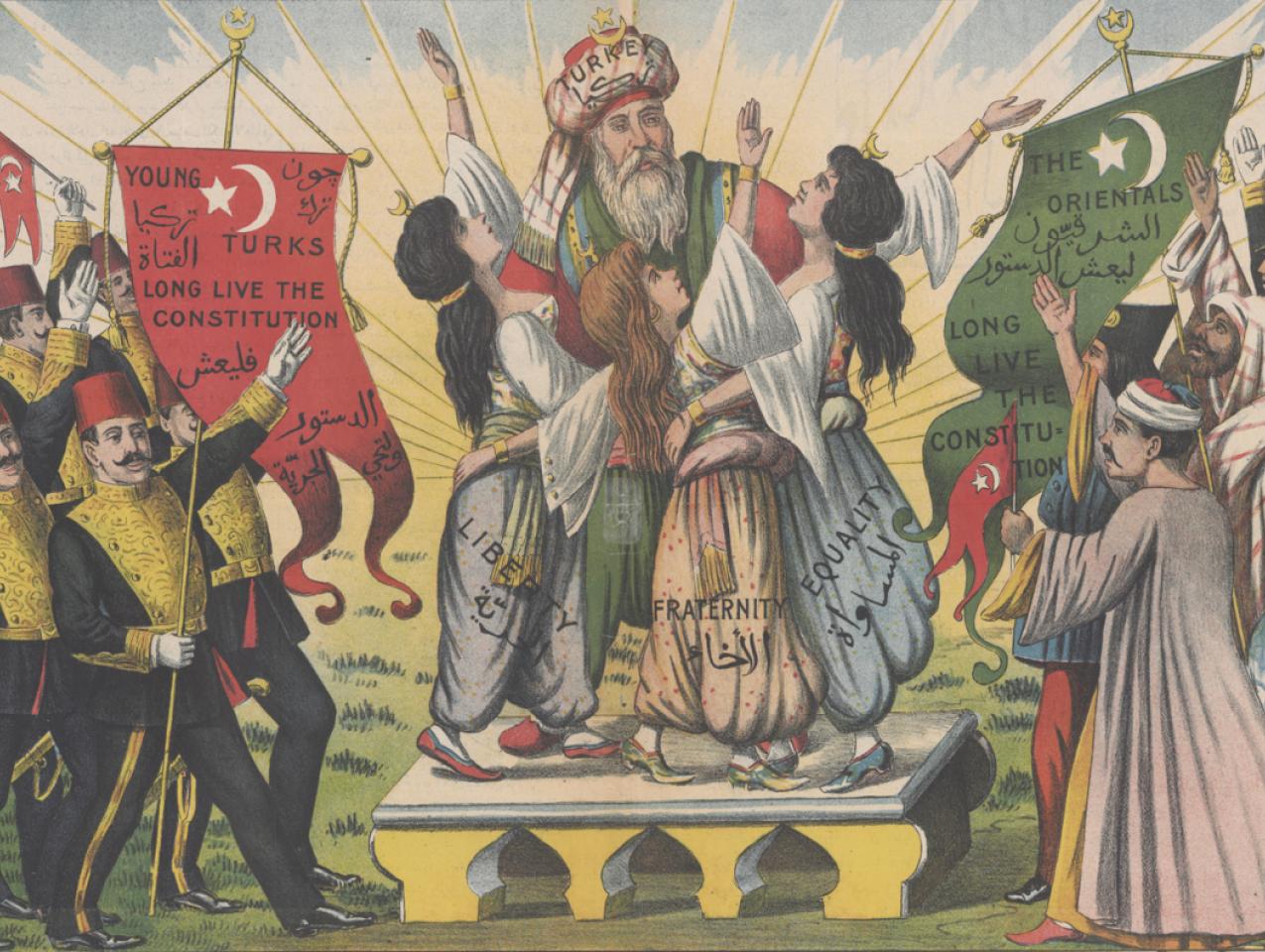 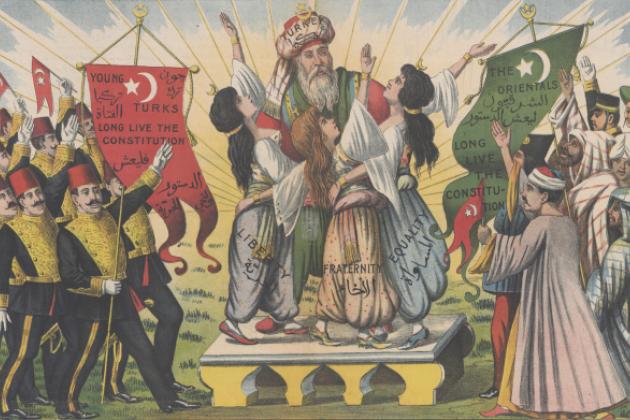 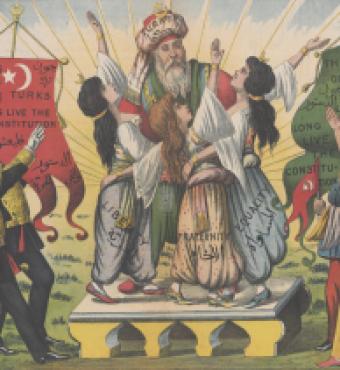 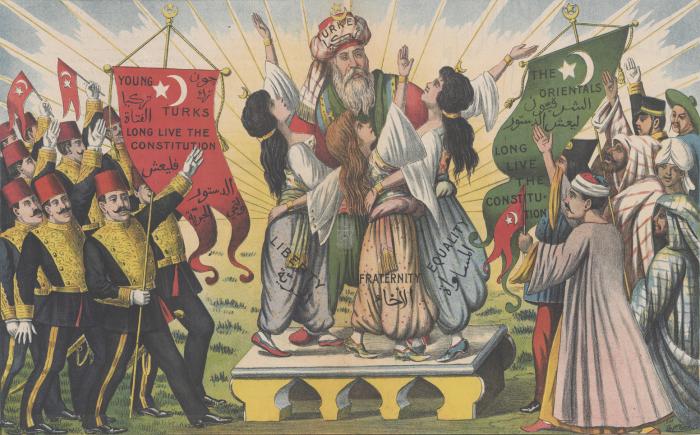 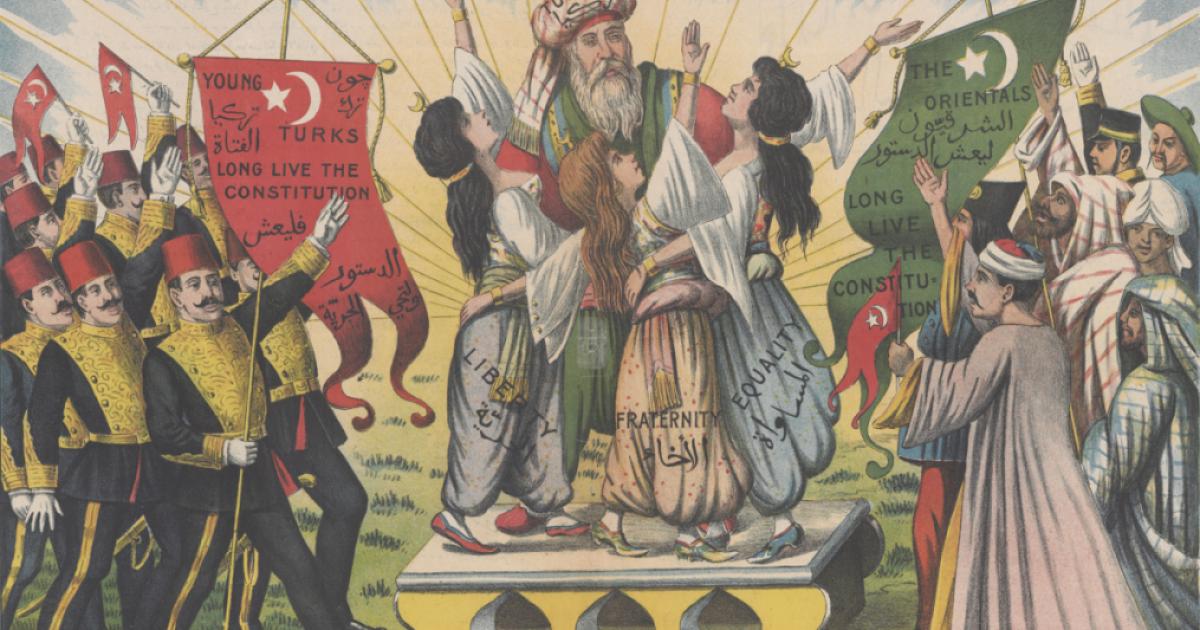 The phrase “the struggle for Turkey’s soul” once served as shorthand for the perceived conflict between the country’s secular democratic values and Muslim religious values.

The Turkish Ottoman Empire missed the Enlightenment. The sultans made sure it did. Free speech threatens absolute monarchs. The Ottomans’ World War I defeat left a social, cultural, and political vacuum. Out of the post-war chaos, Turkish nationalists, under the leadership of Mustafa Kemal Ataturk, established the Republic of Turkey as a secular state.

Ataturk bequeathed Turkey what his greatest biographer, Andrew Mango, called “the structure of a democracy, not of a dictatorship.” He authored an orientation, not an ideology, creating a political, social, and cultural process that he believed would eventually make Turkey capable of perpetual self‐modernization. Ataturk was a political giant and a superb military commander. Eighty years after his death he remains a cult historical and political figure.

President Erdogan is a canny politician and, to be fair, Turkey’s most significant political figure since Ataturk. The green-eyed monster feeds his inner fire; Recep knows he disappears in Kemal’s giant shadow. Not capable of displacing Ataturk the man, he has chosen to replace Ataturk’s state, first under the guise of extending democracy, now behind the façade of maintaining stability. Erdogan also intends to remain in office over twice as long as Ataturk. Turkey 2034 will be an Erdoganist political construct, not Kemalist.

That last paragraph sketches a novelistic interpretation of Erdogan’s motives. It expands on the answer I gave at Hoover’s October 2017 Military History and Contemporary Conflict symposium after Barry Strauss asked me what I thought drove Erdogan—the deep drive that might shed light on his long-term vision for Turkey and help us craft policy responses to his challenge.

Novelistic speculations have numerous weaknesses. However, over the decades Erdogan has supplied plot points and psychologically-indicative dialog. We are able to assess action through time. Early in his career Erdogan routinely employed Islamist poetry: “Democracy is merely a train that we ride until we reach our destination. Mosques are our military barracks. Minarets are our spears.” That poetry led to his arrest for sedition. After his release he renounced his piously seditious poetry, claiming his fundamentalist views had fundamentally altered. His sudden commitment to Turkish democracy energized his “moderate Islamist” Justice and Development Party’s (AKP) 2002 victory over a tired and corrupted Republican Peoples Party (CHP). In 2003 the AKP became Turkey’s governing party with Erdogan serving as prime minister.

First he tested Kemal’s structure, then he began to dismantle it. Erdogan purged the military of suspected political opponents. A cunning narrative camouflaged his operation. He claimed European Union accession rules demanded he strip the military of its political powers and make certain Kemalist military coups entered history’s dustbin. Sometime in 2008, as Erdogan began pursuing the Ergenekon conspiracy of “secular fundamentalists” and other secret nationalist vigilante organizations, I finally realized whatever explanation du jour Erdogan offered for his actions, the dismantling scheme always expanded his personal power and influence.

The bizarre July 2016 coup follows the same pattern. The Turkish people defeated the coup. Ironically, Erdogan remains in office today because Turkish citizens (across Turkey’s complex political and ethnic spectrum) courageously defended their hard-won democracy—a democracy nine challenging decades in the making. In its aftermath, however, Erdogan used emergency powers to purge Gulenist Islamists and his political opponents. He dismantled elements of the democratic system that saved him and his government.

In 2017 a referendum he engineered ratified major changes in Turkey’s constitution—amendments empowering him. From 2002-2014 Erdogan cursed and belittled Turkish nationalists. Since 2015, when he faced a tough election and needed political allies, nationalist tropes have riddled his political poetry. Now his pious AKP has politically wed the ultra-nationalist Gray Wolves of the MHP (Nationalist Movement Party). The AKP-MHP pious-wolf alliance won 53 percent of the votes cast in June 2018’s snap election and now controls parliament. During the election, opposition candidates suffered harassment. State media limited coverage of opposition party events.

Dismantling Ataturk’s structure has overwhelmingly profited one man: Recep Tayyip Erdogan. The constitutional amendments give the presidency power unchecked by parliament. President Erdogan may wield de facto dictatorial power through 2034, which gives him time to groom a successor. Perhaps that process has begun. Following his inauguration, Erdogan made his son-in-law Turkey’s finance minister—no parliamentary approval required. The value of the Turkish lira gyrated, then plummeted.

Democracy is a kludge term for a clumsy, inefficient, inexact kludge system. Yet democracies, however configured, have a potent competence: they more or less institutionalize political compromise as a means of peacefully resolving differences. Institutionalized compromise means no human being possesses absolute power. At some point power is checked, power is balanced.

Do Turks still value their secular state, the dying democracy? That is a key issue to weigh in assessing Turkey’s political trajectory and examining conditions that could make its long-standing NATO membership “impossible.” I think the overwhelming rejection of the July 2016 coup indicates they do.

An Erdogan dictatorship—solidifying over time and reinforced with secret police—may be an impossibly disruptive condition for NATO and put Turkish membership into question. It may also be an impossible condition for Turkey, for it seeds future disorder. Erdoganist Turkey lacks democratic balance. Post-July 2018 Erdoganist “big man” Turkey has substituted institutionalized autocracy for Ataturk’s structure and democratic orientation. Ataturk’s democratic structure and the social and political process it promoted have been Turkey’s greatest domestic asset and most valuable foreign policy tool.

At the moment the AKP-MHP alliance looks solid. However, AKP stalwarts and hard core MHP traditionalists hold radically divergent views. MHP ultra-nationalism all but insures Erdogan will pursue his campaigns against the Kurdistan Workers Party (PKK) and Syrian Kurdish militias. Recall when President Donald Trump decided to arm the Syrian Kurds, Turkey threatened to deny U.S. military forces use of the big Incirlik air base in south-central Turkey.

Closing Incirlik would severely impede if not obstruct U.S. and NATO military operations in the eastern Mediterranean, Middle East, and Central Asia. The threat has NATO-wide resonance. Incirlik has several vital operational roles: it is a strategically located forward base, a logistics and training facility, a communication node, an intelligence gathering center, and an international transport hub. Closing Incirlik disrupts surveillance operations that contribute to international security.

Turkey has made it clear that an Independent Kurdistan and PKK terrorism are Turkish “red lines.” In the Syrian Kurd weapons contretemps, the threat to close Incirlik sent this diplomatic message: “Washington, these issues matter. Arming Syrian Kurds is a fundamental policy confrontation, not just a disagreement.”

However, future policy confrontations may be even thornier. “Nationalist-Islamist” Erdogan knows Incirlik gives him leverage. Is refusing to allow the U.S. to use Incirlik an impossible condition for Turkish membership in NATO? The U.S. provides the decisive slice of NATO airpower; in operational terms, does denying America access to Incirlik equate to a Turkish withdrawal from NATO? Or does it just indicate anger with the U.S. (e.g., arming Syrian Kurds) if other NATO partners can access the facility? One step further: does denial of Incirlik to all NATO members equate to Turkish withdrawal?

The British sovereign base areas on Cyprus give the U.S. and NATO an operational alternative if Turkey closes Incirlik. Is there a fall-back route connecting the Black and Mediterranean Seas should Erdogan close the Turkish Straits to NATO warships?

The American-Turkish defense relationship matters—or it has mattered. For seven decades U.S.-Turkey defense cooperation, both bilateral and through NATO, has benefited all parties. One of the benefits was the USSR’s defeat. Washington-Ankara had disagreements. Among allies there are always disagreements. Allies are not clients.

Some contemporary troubles beg for allied cooperation, which a strategic game exploring Turkey’s NATO relationship should examine. One example: Russian aggression and instability along the Mediterranean littoral confront NATO and Erdogan’s Turkey with ambiguous, uncertain, and dangerous situations where a balanced, sensible, and strong strategic relationship with credible allies is exceedingly valuable. Allied capabilities and influence can prevent a crisis from becoming a catastrophe. Even a budding tyrant might see the benefit of NATO membership.

America’s Cold War Turkish ally was a Kemalist Turkey whose military could be trusted with American-made F-16 jets. Is Erdogan’s military a trustworthy ally?

Turkey has traveled its Erdoganist trajectory for two decades. NATO was founded on deterrence and collective defense, but the end of the Cold War didn’t end security challenges. In the more difficult challenges cooperation solidified when America took the trouble to lead. America has baggage—but it does not carry Europe’s tribal baggage.