American commenters on the left and right have disparaged the European Commission’s ruling, but it makes a classical liberal argument in favor of free trade. 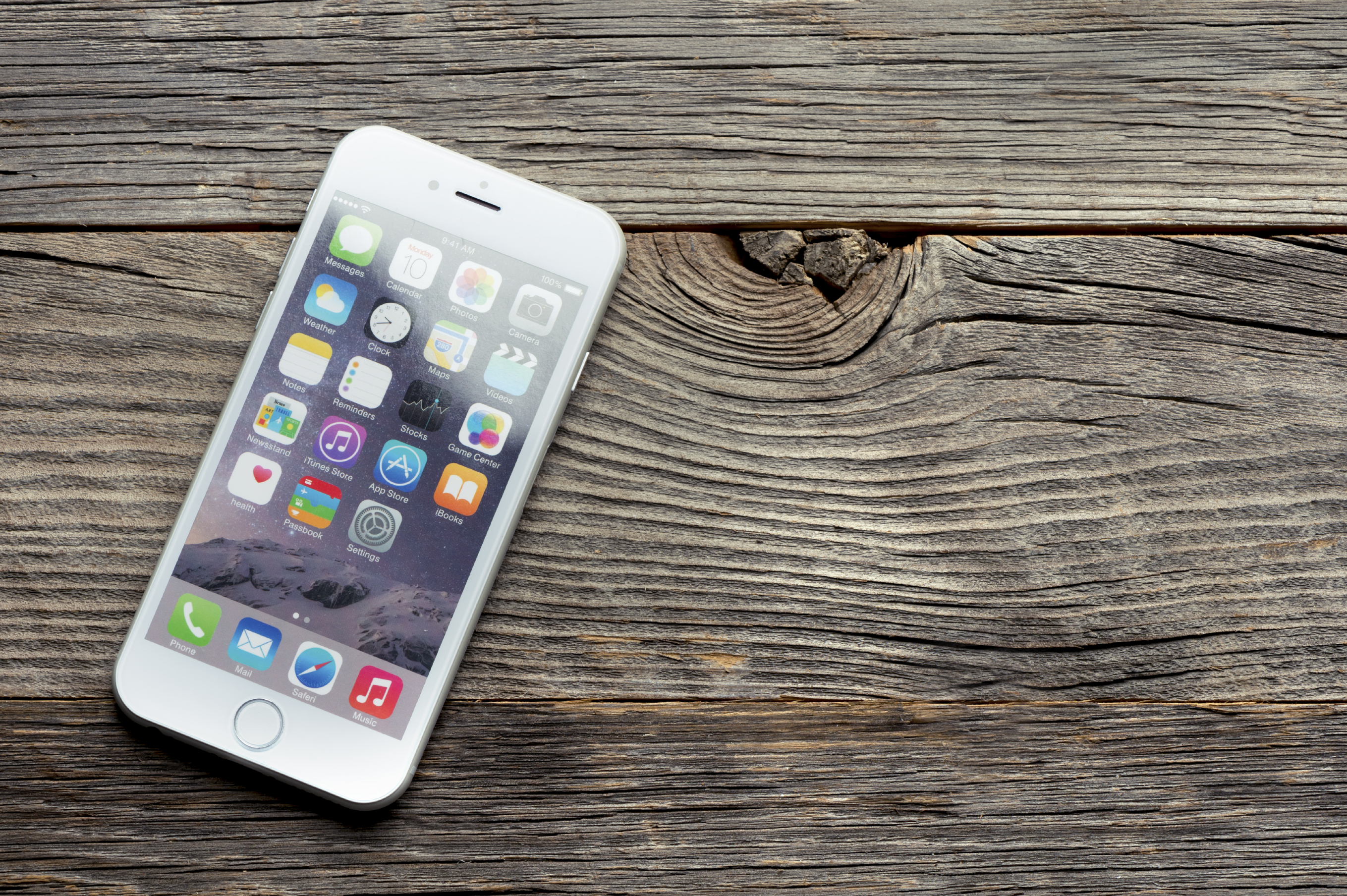 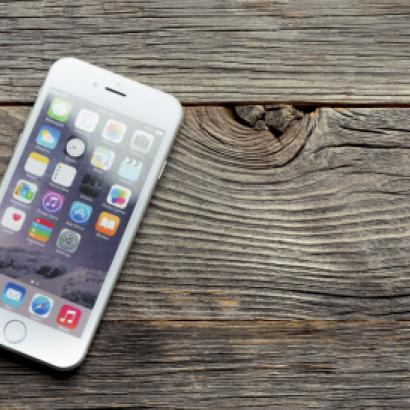 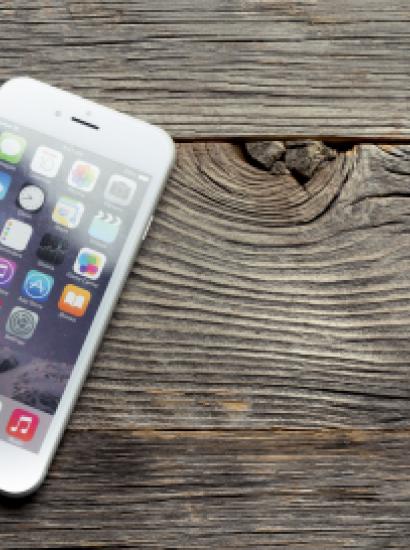 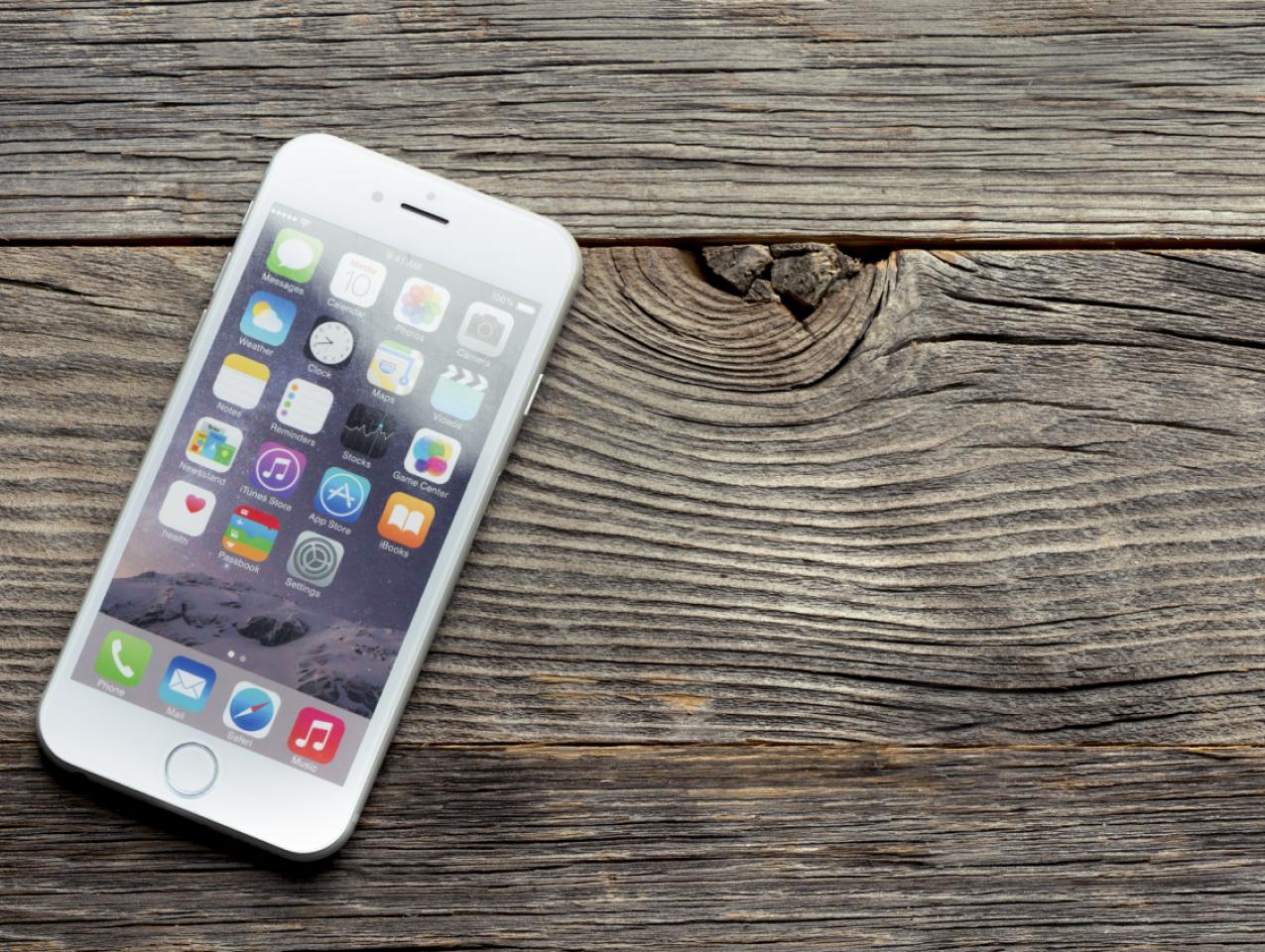 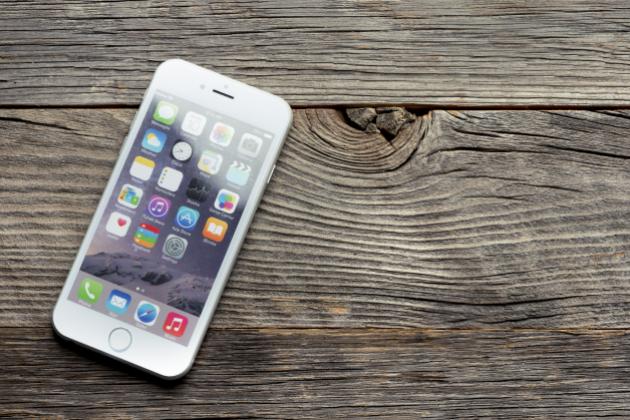 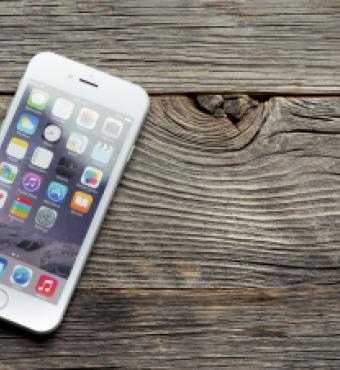 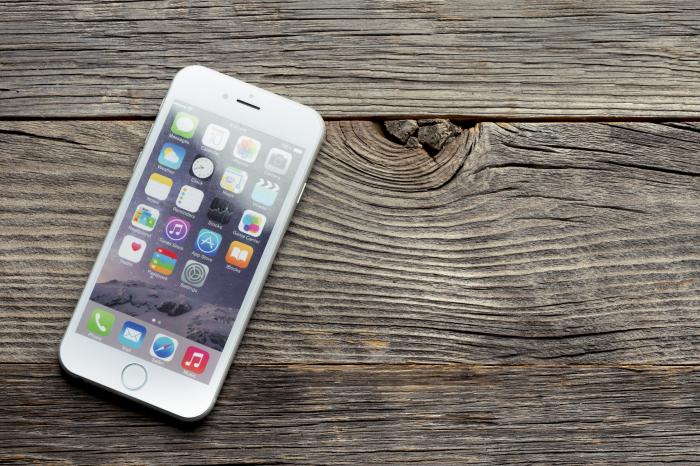 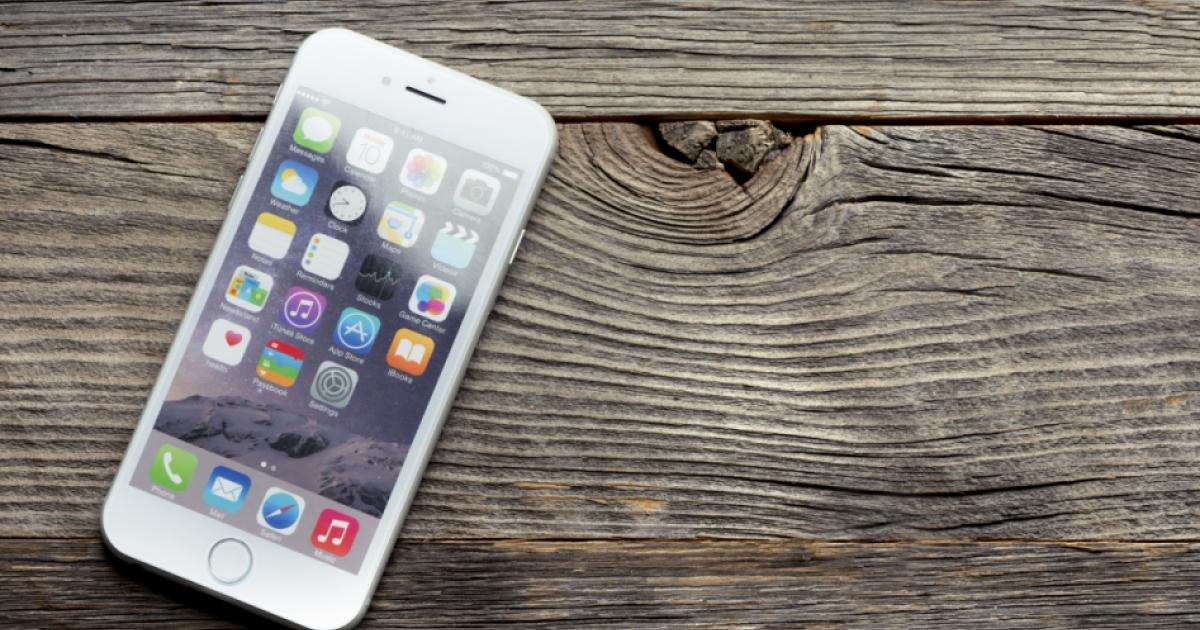 On August 30, the European Commission issued a blockbuster ruling that required Ireland to recoup, with interest, the €13 billion in tax benefits that it has granted Apple since 1991. The tax breaks, the commission held, violated the European Union’s “state aid rules” that no company should be given preferential treatment under the law.

The decision elicited a strong reaction from Apple CEO Tim Cook who denounced it as “total political crap.” He was not alone in this belief. Holman Jenkins, Jr., writing in The Wall Street Journal, for example, said the decision was motivated by the European Commission’s desire to impose “tax harmonization” on all EU members as a way of “defending Europe’s stagnant social model,” which could not generate any Amazons, Googles, or Facebooks on its own. The United States Treasury echoed the same theme in a white paper that anticipated the EC’s ruling. And now Ireland, backed by Apple and Treasury, has decided to appeal the EC decision to the European Courts. Who is right, and why?

My initial judgment—always subject to revision on the strength of additional information—is that the EC was correct in its decision. In making this assessment, I admit that I harbor a deep suspicion of the EC in its multiple roles. In general, there is much to the charge that the EC’s policies are prejudiced against American companies that do business in the EU. But it is one thing to start with a strong presumption, and another to put the pieces together in a prudent fashion.

The first query is whether an antitrust outfit like the EC should be making judgments about tax policy in the first place. In this instance, the answer comes from Article 107 of the Treaty on the Functioning of the European Union, which provides, with multiple exceptions not relevant here, that “any aid granted by a Member State or through State resources in any form whatsoever which distorts or threatens to distort competition by favouring certain undertakings or the production of certain goods shall, in so far as it affects trade between Member States, be incompatible with the internal market.”

The internal market refers to the free flow of goods across national boundaries among EU members. In this connection at least, the EU operates more like an open trading union and less like the top-down Brussels establishment whose regulatory abuses strengthened the case for Brexit. Harmonization in the EU is always harmonization-up rather than harmonization-down. In contrast, Article 107 is directed toward the issuance of selective benefits to individual firms, and, as such, does not prevent any member state from setting its general tax rates as high or low as it wants, so long as it does so on a nondiscriminatory basis.

The EU’s general nondiscrimination policy allows for members to compete for new business by offering an attractive tax environment. Indeed, the EC only demanded that Ireland impose its generally low 12.5 percent corporate tax rate on the revenues that escaped taxation elsewhere in the EU or, indeed, even in the United States. There was no effort to require Ireland to raise its overall tax rates so as to reduce its competitive advantage.

At this point, the EC’s application of Article 107 is not some form of retroactive taxation that hits Ireland from behind. Instead, what the EC protested was the peculiar two-step process by which Ireland determined Apple’s total tax burdens. First, income from various sales around the EU were allocated to activities in Ireland, which may have short-changed taxing authorities in other EU states where Apple does business, by booking all sales elsewhere in the EU to Apple Sales International (ASI), an Irish subsidiary of Apple. Thereafter, Apple allocated huge portions of the income from ASI and Apple Operations Europe to a shadowy “head office” that was not located in any tax jurisdiction at all. The EC did not challenge the somewhat dicey first step. But it did take after the second. “In fact, this selective treatment allowed Apple to pay an effective corporate tax rate of 1 per cent on its European profits in 2003 down to 0.005 per cent in 2014" (EC italics).

Of ASI’s €16 billion profit, only €50 million was subject to Irish tax. Unless these numbers are grievously in error, the EC’s conclusion seems pretty straightforward: “This selective tax treatment of Apple in Ireland is illegal under EU state aid rules, because it gives Apple a significant advantage over other businesses that are subject to the same national taxation rules.” Indeed, the “decision does not call into question Ireland's general tax system or its corporate tax rate,” which includes its 12.5 percent corporate tax rate. Nor does it require that taxes be paid in Ireland on gains that are reallocated to the country of sale or are repatriated to the United States. Critics like the Journal’s Jenkins would do well to read the ruling before they mischaracterize its results.

Nor can the ruling be challenged on the ground that the larger concern with tax parity is deeply misplaced. Take the parallel practice in the United States. Individual states set their business income taxes, and it is important to encourage tax competition between jurisdictions to place downward pressure on taxation, without allowing for individual states to game the system for short-term advantage. Thus in Moorman Manufacturing Co. v. Bair (1978), the U.S. Supreme Court held that it did not offend the Due Process Clause of the Fourteenth Amendment for Iowa to use a single factor—sales within the state—instead of the standard formula that weighted property, payroll, and sales within the states equally. The Court held that each state was free to deviate from the norm in making its own decisions.

Unfortunately, Moorman suffers from two serious drawbacks that relate to the Apple-in-Ireland controversy. First, the multiplicity of formulas obscures the direct comparison of rates across state lines, which imposes an informational barrier against tax reduction. Standardization of rates here serves the same function as the standardization of the annual percentage rate of interest in loan transactions. It makes shopping easier. Second, the flexibility is open to gaming in that states can target, as in Moorman, an out-of-state corporation by picking a formula that maximizes domestic revenue—in this instance, sales within states. In my view, the standardization of the well-nigh universal tripartite formula should be done through the Due Process Clause. But if not, then it is surely allowed by treaty as in the EU case.

Nonetheless, figures on the left seem every bit as confused about the implications of the Apple decision as those on the right. Consider Massachusetts Senator Elizabeth Warren’s recent New York Times op-ed. Warren draws exactly the wrong inference from the EC ruling when she claims that the best way for the United States to fix its broken tax system is to increase the tax revenues collected from big corporations, so that they end up paying some “fair share,” which, inevitably, is some amount more than what they pay now. The point contradicts the EC’s observation that nothing in its Apple-in-Ireland decision requires individual nations to adopt either high or low rates. Following Warren’s ruinous proposal will make large American corporations less competitive in global markets, which, in the long run, will reduce the amount of wealth that they can create in the United States, much of which can be taxed as higher wages and dividends. High taxes will also reduce the likelihood that start-ups will take root in the United States.

Besides, U.S. corporations already pay high taxes. As the Tax Foundation reports, “The United States has the third highest general top marginal corporate income tax rate in the world at 39.1 percent, exceeded only by Chad and the United Arab Emirates.” The United States also has the highest corporate income tax rate among the 34 industrialized nations of the Organization for Economic Cooperation and Development (OECD). It is time to reduce taxes in the United States so that major corporations can invest at home and become competitive globally.

Warren also insists that our tax code “should favor jobs and businesses at home—period.” This destructive form of protectionism could easily trigger an international trade war, while blocking American businesses from buying inputs from overseas in order to make themselves fitter for international competition. Killing off international trade hurts both the United States and its trading partners. Warren’s rationale is the exact opposite of that behind the EC decision, which seeks to create a level playing field inside the EU.

Additionally, Warren wants to create special enclaves for small businesses, which cannot take advantage of many of the tax tricks that are available to large corporations. But this suggestion is only half right. A sensible regime of taxation, like that embodied in the Apple decision, removes the tricks that create hidden subsidies. Her proposals for special goodies to small businesses will be an open invitation to create a second set of subsidies that can only distort business decisions in the United States, as it has done in energy markets.

The level of new business formation in the United States has been in rapid decline over the past eight years. But that rate of decline will continue apace whether or not small businesses get tax breaks. The real culprit is the ever-greater strangulation of local businesses as a result of misguided reforms in labor and capital markets that Warren routinely champions. An old Milton Friedman quip exposes the central flaw in Warren’s approach: An oarsman finds that there is a hole in the front of his boat, and his solution is to bash a hole in the back of the boat to even things out. It is just that perverse logic that fuels the Warrens of this world.

At its root, the Apple decision rests on premises far removed from Warren’s progressivism. It makes a classical liberal argument in favor of free trade across national boundaries. Though the EC often acts as a statist institution, it has made a sound economic decision by taking on an American icon that deserves to have its wings clipped.