The Middle East’s conflicts and autocracies—hostile to independent researchers and pollsters—make it one of the most challenging regions of the world to accurately assess public opinion. The competing popular demonstrations in the region both before and after the killing of Iranian Major General Qassem Soleimani illustrates the confusion. 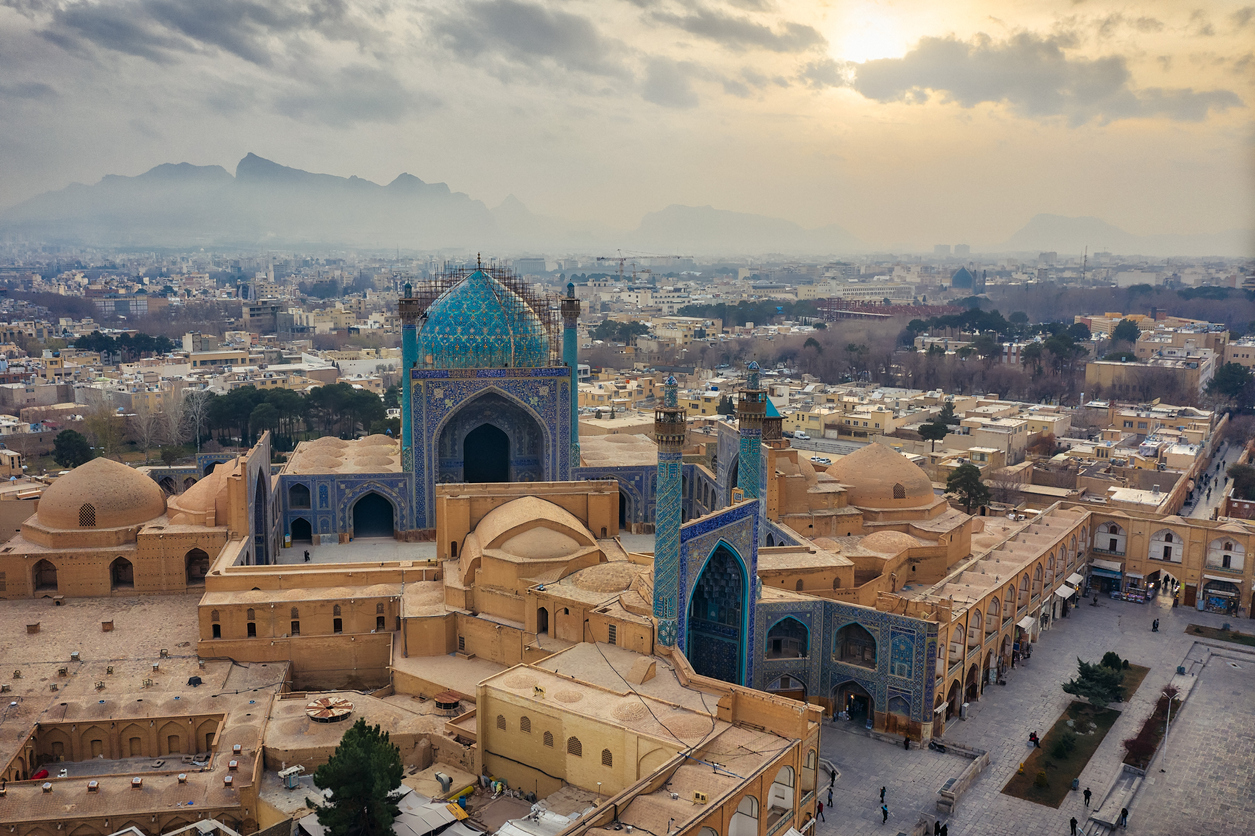 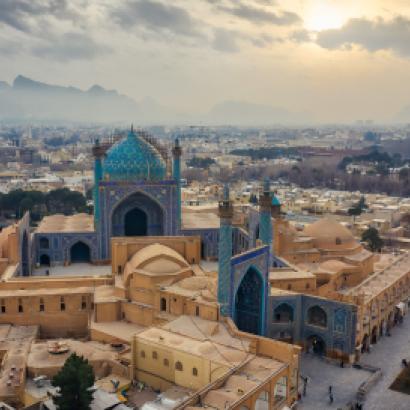 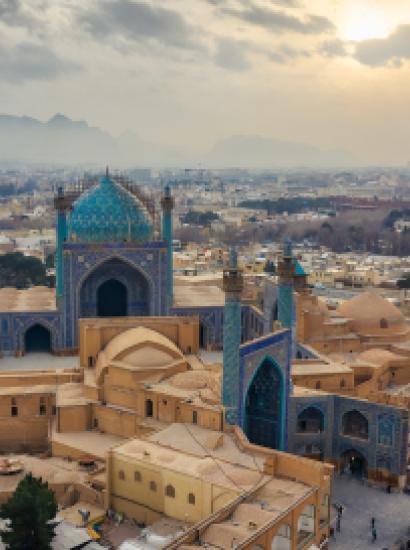 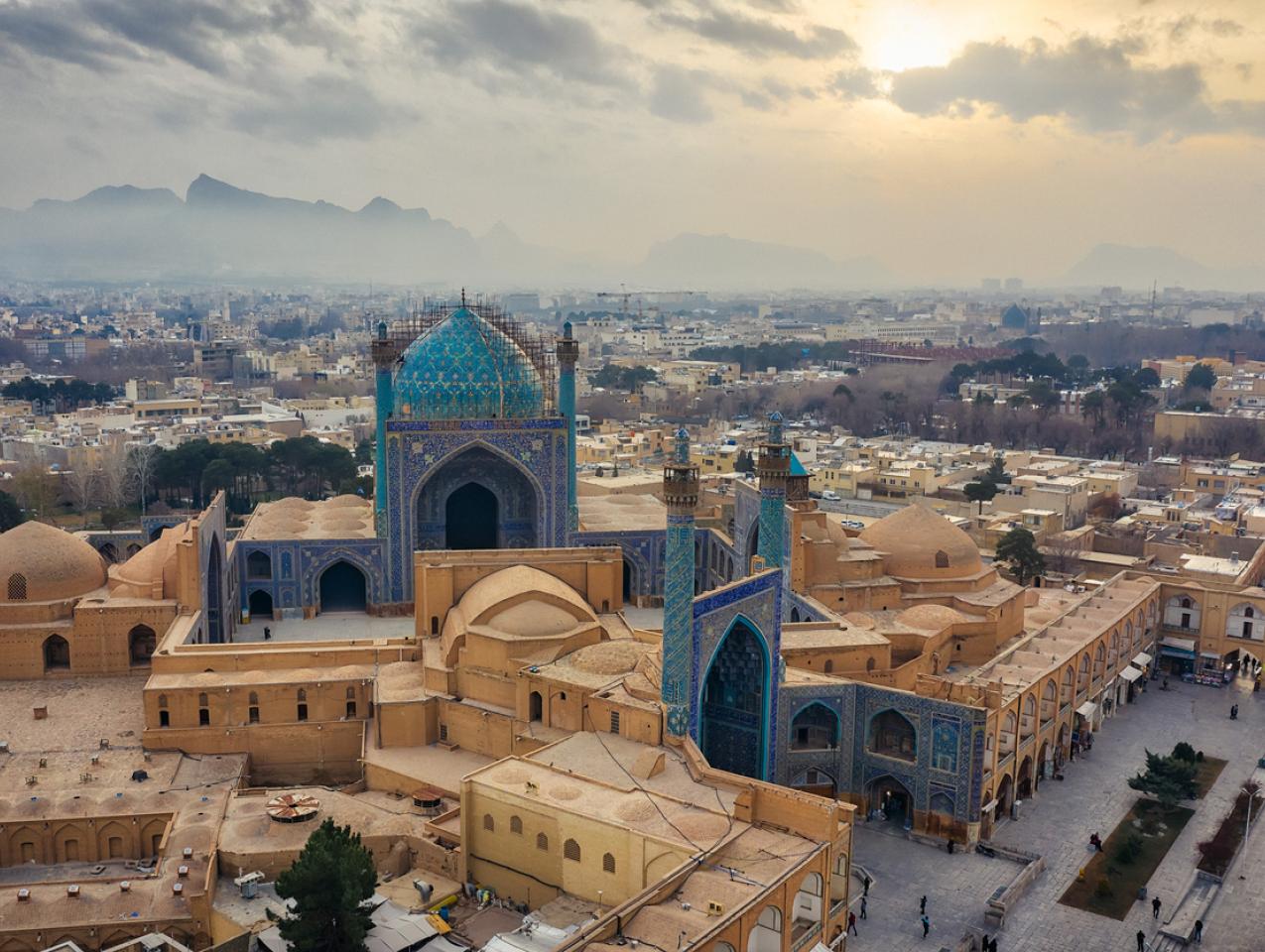 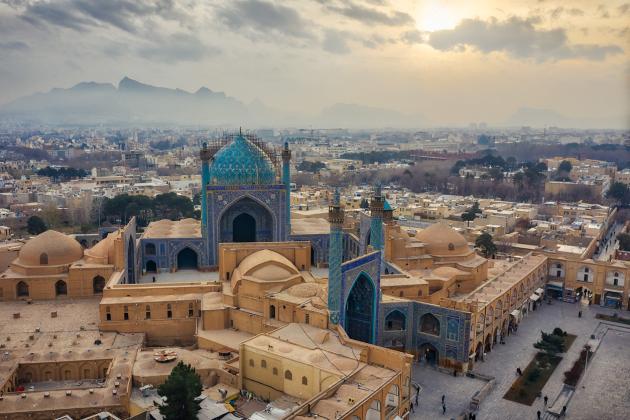 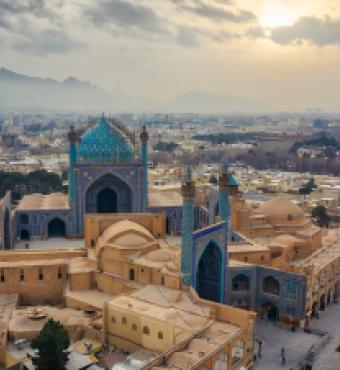 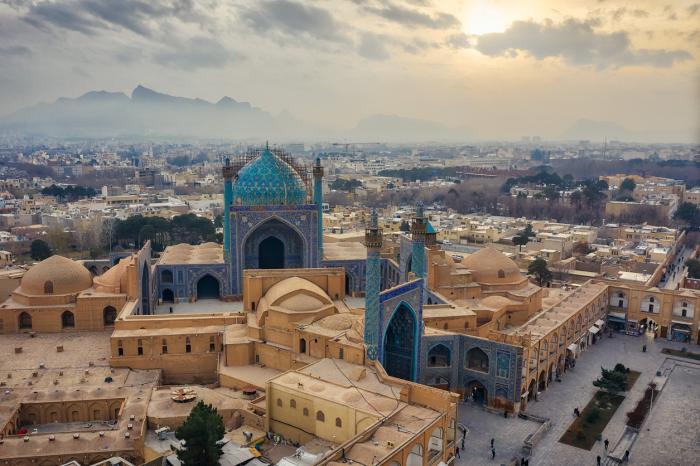 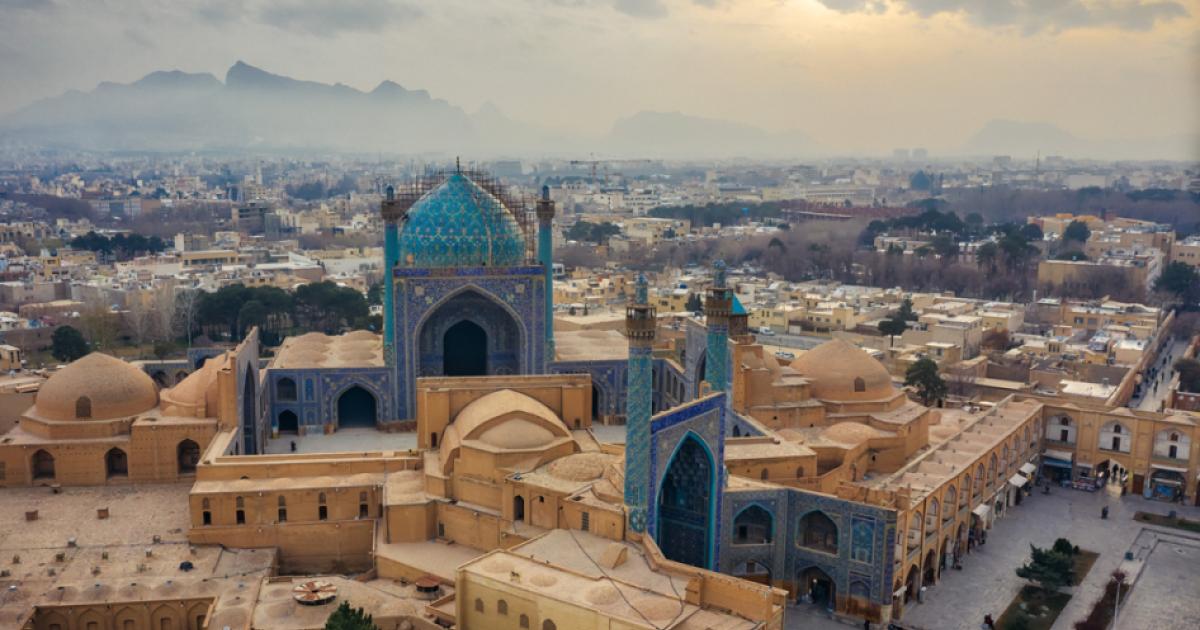 The Middle East’s conflicts and autocracies—hostile to independent researchers and pollsters—make it one of the most challenging regions of the world to accurately assess public opinion. The competing popular demonstrations in the region both before and after the killing of Iranian Major General Qassem Soleimani illustrates the confusion.

Months prior to Soleimani’s killing, mass protests inside Iran and against Iranian-allied governments in Lebanon and Iraq—including the burning of Iranian consulates in Najaf and Karbala—seemingly reflected the Iranian regime’s dwindling domestic and regional support. In the days after Soleimani’s death, however, Tehran showed it can mobilize millions of people at home and hundreds of thousands of Arab sympathizers to continue to project regional power. Tehran’s pro-government protests quickly turned into anti-government protests, however, after the Iranian government conceded it was responsible for shooting down an Ukrainian Airliners flight that killed 176 people, mostly young Iranian professionals. Iraqi and Lebanese anti-government protests also resumed.

Both allies and adversaries of the Iranian regime cite protest photos and videos to show that their side constitutes the majority. Rather than gauging popular opinion by counting crowds on a given day, a recently published book based on Zogby Research Services’ last ten years of polling in both the Arab world and Iran offers seven key trends about the evolution of Arab public opinion toward Iran, as well as Iranian self-perceptions.

Iran’s popularity in the Arab work peaked in 2006, due largely to two factors. The first was the terrible carnage in Iraq, which the clear majority of Arabs blamed directly on the 2003 U.S. invasion of the country, including humiliating incidents such as the Abu Ghraib prison scandal. The second was the 2006 Israeli bombing campaign against Lebanon--ostensibly against Hezbollah—which caused major civilian casualties that were broadcast widely on Arab satellite television. Iran’s popularity in the Arab world directly correlates to the unpopularity of America and Israel.

Arab sympathy for Iran, however, dropped precipitously in the aftermath of the 2011 Arab uprisings, particularly in Syria, where over 6000,000 people have been killed and over 13 million displaced. At a time of great economic hardship in Iran, Tehran armed and financed Syrian dictator Bashar al-Assad, providing him tens of thousands of Arab, Afghan, and Pakistani Shia militants to help crush dissent. Tehran, the victim of heinous chemical weapons attacks by Saddam Hussein three decades ago, provided Assad the means to deliver these same weapons, while simultaneously denying that he uses them.

Consequently, today more than nine out of ten Arabs in nearly every country polled believed that Bashar Assad can no longer govern Syria. Tehran’s steadfast military and financial support for Assad throughout this period has significantly damaged its standing in the Arab world. “The lesson was clear,” the report stated, “When Iran was seen through the prism of U.S. and Israel policies, it was viewed favorably, but when Iran was judged by its regional behavior, it lost support.”

Though Iran’s popularity in the Arab world has diminished over the last decade, its regional influence has grown substantially. Iran has been more effective than any Middle Eastern nation in filling the regional power vacuums created by the 2003 Iraq war and the 2011 Arab uprisings. The four Arab countries in which Tehran currently wields most influence—Syria, Iraq, Lebanon, and Yemen—are engulfed in civil strife and ruled by weak, embattled central governments. In each of these contexts and elsewhere in the region, Tehran has been adept at creating and cultivating non-state actors (like Hamas) and Shia militant groups (like Hezbollah) who exploit sectarian fears and grievances and fan anger against America and Israel.

This growing Arab skepticism of Iranian intentions is also reflected in the fact that whereas in 2006 most Arab populations believed Iran’s nuclear ambitions were purely peaceful, a decade later sizable Arab majorities no longer believed this to be true. Indeed, with only one exception—Egypt—strong majorities in both the Arab world and Turkey supported Trump’s 2018 withdrawal from the Iran nuclear deal or Joint Comprehensive Plan of Action (JCPOA), including even Iranian allies like Lebanon and Iraq. Interestingly, Tunisia—the country most geographically distant from Iran among those polled--appeared to be the most hawkish Arab country toward Iran, with 61 percent of Tunisians advocating that the other signatories to the agreement—China, Russia, France, Germany, and the UK--“completely scrap the Iran deal and impose tough sanctions on Iran in response to its meddlesome role in the region’s conflicts.”

Despite Iran’s staunch rejection of Israel’s existence and the hundreds of millions of dollars it has provided militant Palestinian groups—including Hamas and Islamic Jihad—over the last several decades, Palestinians widely share the broader Arab publics’ concerns about Iran’s malign regional influence. Fifty-eight percent of Palestinians believe it is important for Iran to withdraw from conflicts in Arab countries. When asked to rank their top concerns, Palestinians—like Saudis and Emiratis—cited “the danger of Iranian influence” as an even more important concern than “resolving conflict in Syria”. Fifty percent of Palestinians supported Trump’s withdrawal from the Iran nuclear agreement, and a sizable majority of Palestinians believe the remaining signatories to the agreement should either “completely scrap the Iran deal and impose tough sanctions on Iran in response to its meddlesome role in the region’s conflicts” (31 percent), “press Iran to participate in a regional security framework to help bring peace to the region (30 percent), or “work more closely with and provide more assistance to the Arab Bloc to assist their efforts to contain Iran” (23 percent).

The lack of Palestinian sympathy for Iran may be partly attributable to Iran’s role in the Syrian conflict. In ostensibly trying to avenge the injustice done to Palestine, Tehran has helped Assad perpetrate a far greater one. The number of Syrian deaths since 2011 is more than six times greater than the approximately 90,000 Arabs (roughly 20-30 percent of them Palestinian) killed in the 70 years of the Palestinian-Israeli conflict, while more than twice as many Syrians (12 million) as Palestinians have been displaced. Indeed, since 2011, far more Palestinians have been killed by Assad in Syria (nearly 3,700) than by Israel, including by chemical weapons.  “If [Iran’s] way to return Palestinians back home is displacing millions of Syrians,” said Kassem Eid, one of around half a million Palestinian refugees who grew up in Syria, and a victim of one of Assad’s chemical weapons attack, “I don't want to go back to Palestine.”

Not surprisingly, Arab Shia have a much more favorable view of Iran than their Arab Sunni counterparts. This gap is prominent among Sunnis and Shia in Iraq, Saudi Arabia, and the UAE. In every instance, however, Arab Shia popular views of Iran have also steadily declined since 2011, most likely due to the Syrian civil war. For example, even before the recent protests, 52 percent of Iraqi Shia held an “unfavorable” view toward Iran, compared with 41 percent of Iraqi Shia who held a “favorable” view. In other words, Iran cannot take Arab Shia sympathy toward them for granted, and it is a mistake for Arab governments to view their disaffected Shia minorities as Iranian lackeys.

The number one priority for Iranians over the last decade has been the issue of employment. After that, however, Iranians rank women’s rights, political reform, civil rights, and democracy among their top six priorities. The economic discontent of Iranians is inextricably linked to their political discontent. The economic complaints of Iranians—namely unemployment and inflation—are invariably coupled with accusations that are inherently political, including endemic corruption, fraud, and mismanagement. These factors alone would provoke the ire of citizens anywhere.  For Iranians, the offense is heightened by theocratic leaders who rule from a moral pedestal.

Eighty percent of Iranians supported the Iran nuclear deal in 2015, the year in which it was signed. This number dropped to 56 percent in 2018, the year in which Trump withdrew from the agreement. Similarly, whereas 81 percent of Iranians believed their nation’s interests were served by an agreement with the P5+1 (the US, China, Russia, France, UK, and Germany), in 2018 this number dropped to 57 percent. Although Iranian public opinion is rarely the primary driver of the Islamic Republic’s foreign and nuclear policy, decreased public confidence in the nuclear deal will make it easier for the regime to justify a policy of nuclear escalation against the U.S. and even the potential weaponization of the program, given 84 percent of Iranians believe they should have nuclear weapons either because they are a “major nation” or because other countries have them.

These statistics collectively paint a portrait of an isolated Iranian regime whose diminished soft power forces it to rely on hard power. While Iran’s regional strategy had long been premised on harnessing popular Arab anger against the U.S. and Israel, as Tehran’s regional power expanded, so did the number of Arabs who view Iran as a greater danger than America or Israel. Although Iran may be losing the battle of ideas, however, for now Tehran and its militant proxies continue to be winning the battle itself.