The Fed Is A Failed Central Planner

The central bank’s record of controlling the money supply varies from atrocious (the Great Depression) to merely underwhelming. 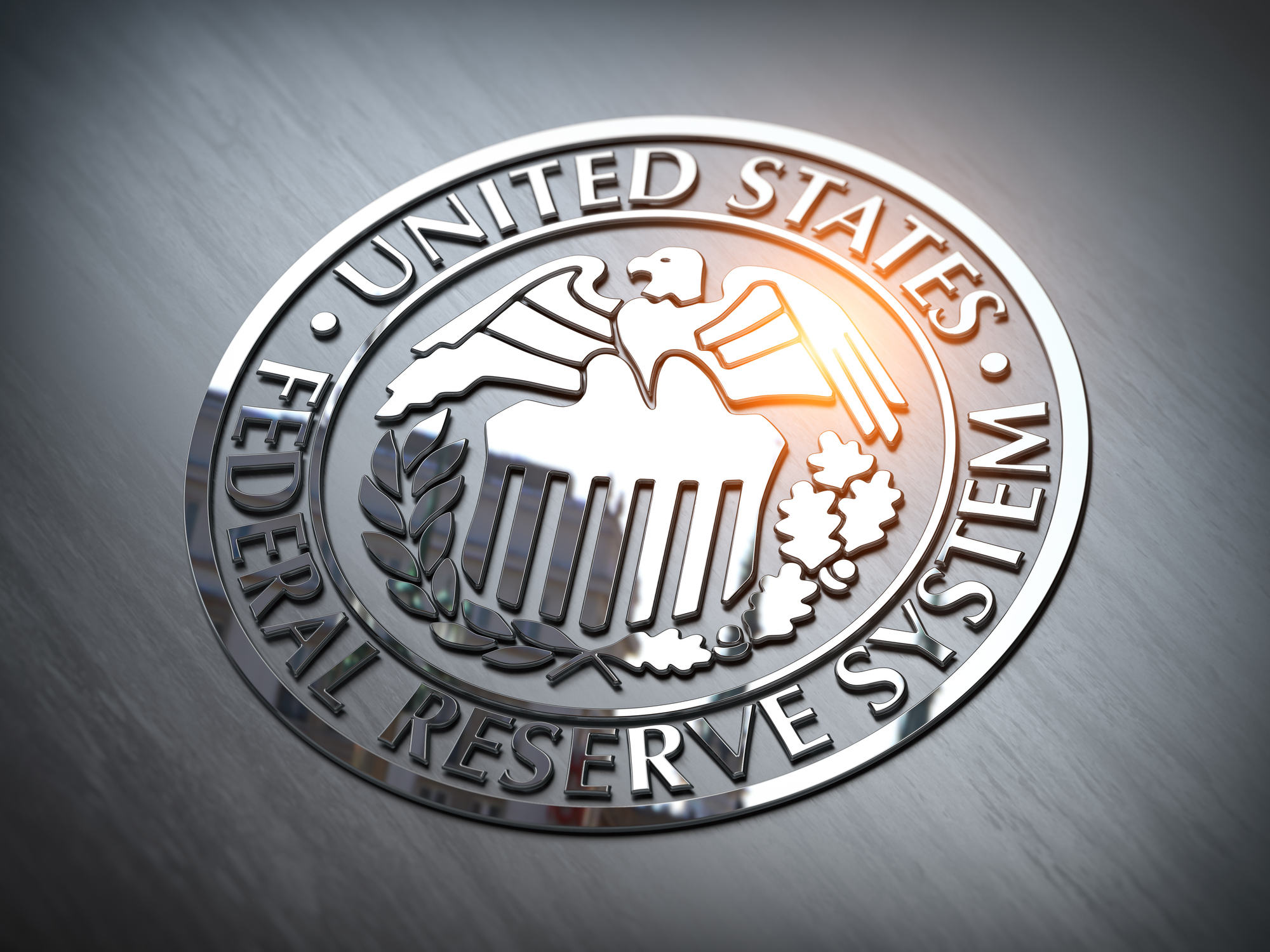 The Fed Is A Failed Central Planner 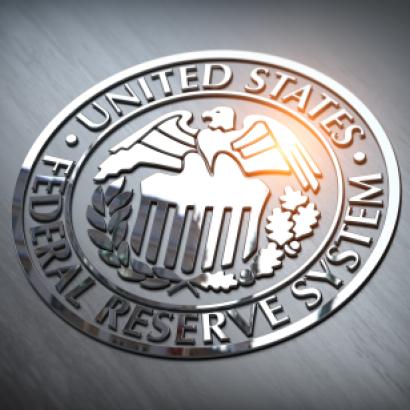 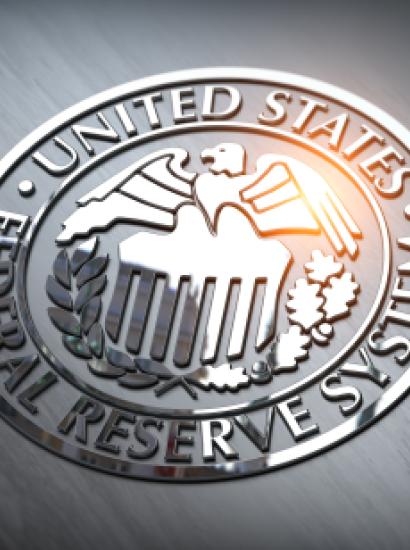 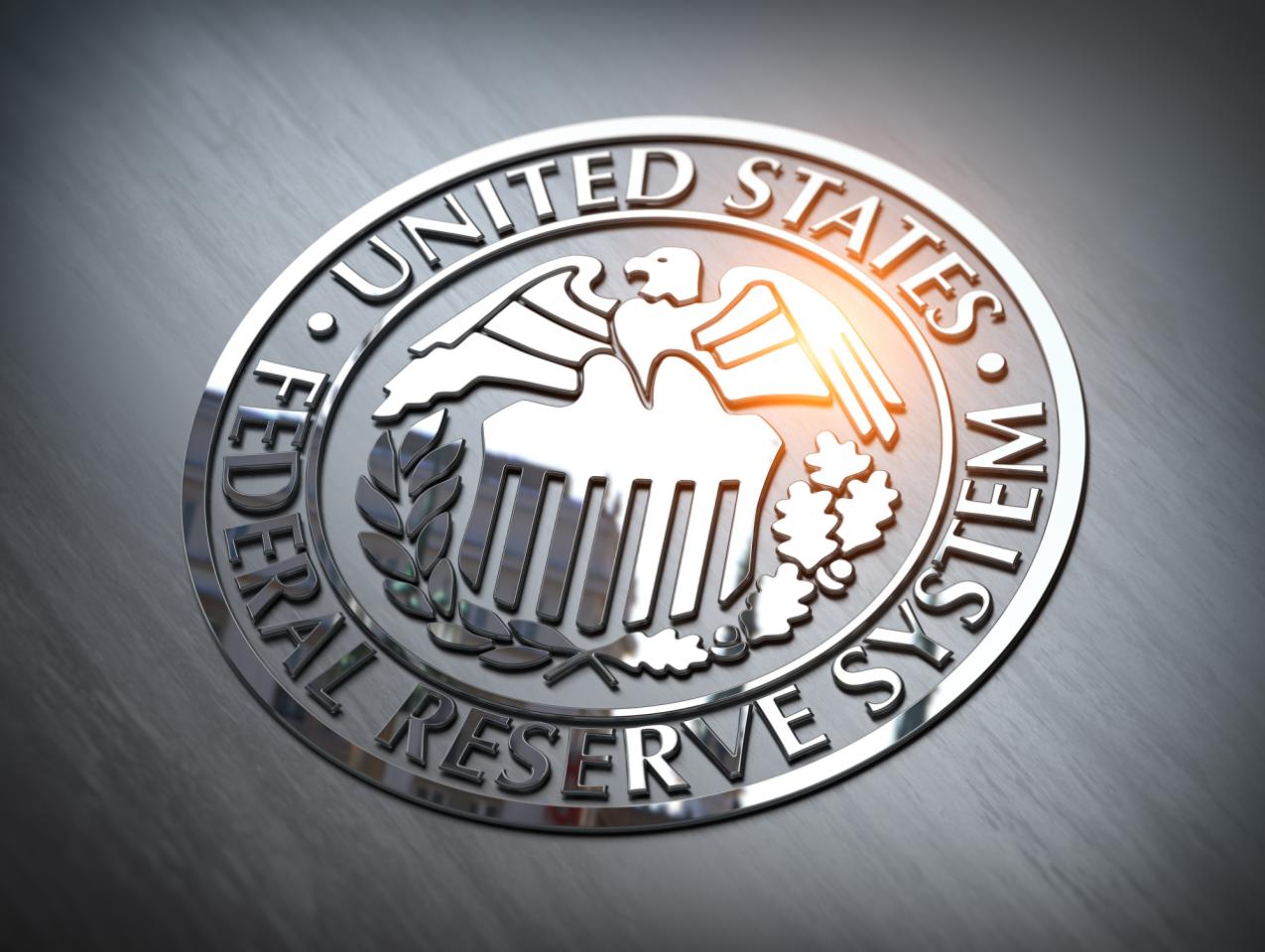 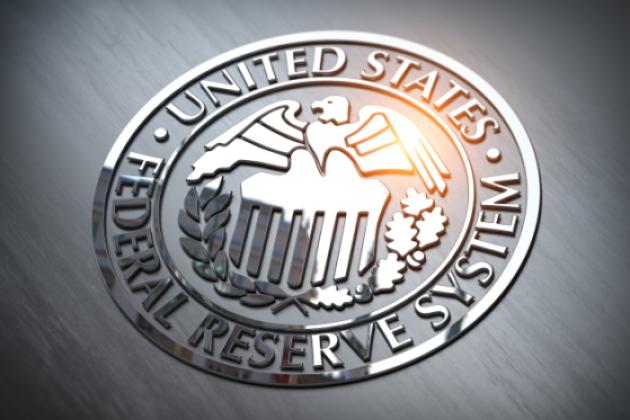 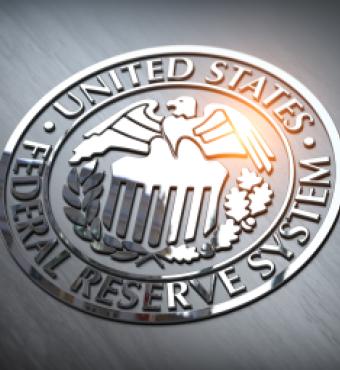 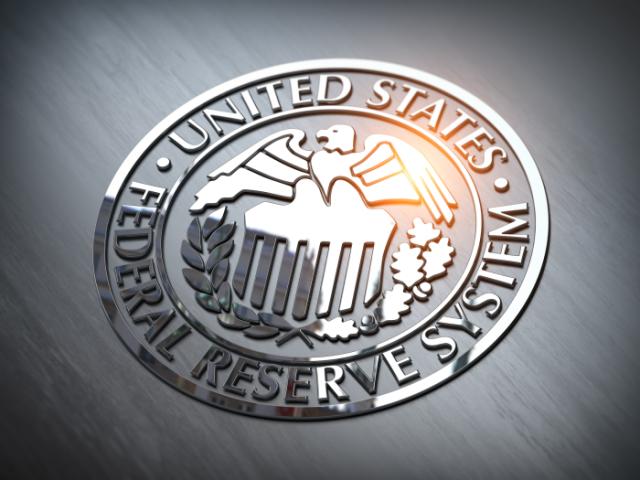 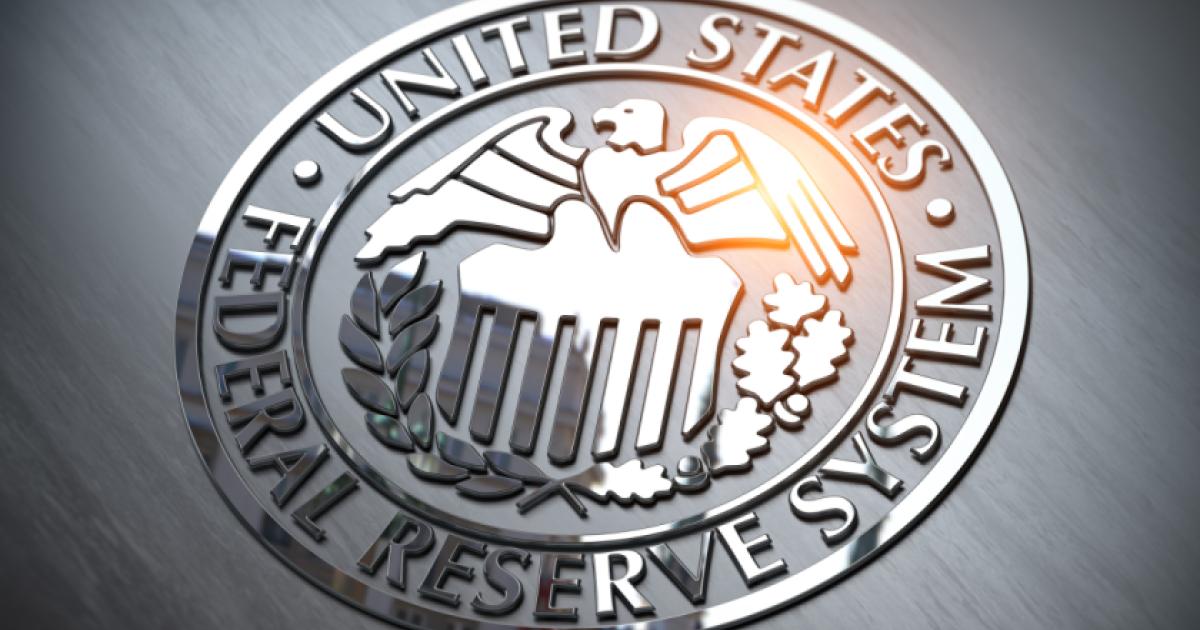 Almost all the mainstream discussion of monetary policy in the United States today and for a number of decades is and has been about what kind of monetary policy the Federal Reserve should carry out. Should the Fed target interest rates and, if so, how? For example, should it follow the Taylor Rule, named after Stanford economist and Hoover senior fellow John Taylor? Should the Fed target nominal gross domestic product, as Mercatus Center economist Scott Sumner advocates? Should the Fed give up on inflation and make sure that unemployment doesn’t spike? Should the Fed give up on unemployment and make sure the inflation rate stays low or, given today’s data, decreases to a low rate?

All these questions are worth asking. But notice that these questions are about how the Fed should engage in central planning of the money supply. Few Americans, and even a lower percent of economists, think it’s a good idea for the federal government to centrally plan the number of cars that should be produced in the United States. Economists don’t typically call for the federal government to decide how much steel should be produced. Why, then, do the vast majority of economists think that the Fed should centrally plan the money supply? It must be because monetary policy before the Federal Reserve existed led to much worse results than after the Fed started operating in 1914.

Before the Federal Reserve existed, there was no problem of long-run inflation. Between 1790 and 1913, the year before the Fed began to operate, the inflation rate, measured by the price of a roughly comparable basket of consumer goods, was 8 percent. That’s not 8 percent annually. It’s 8 percent over 123 years. That means that the average annual rate of inflation over that time period was 6 hundredths of a percent. In other words, there was virtually no inflation.

But between 1914, the first year of the Fed’s operation, and 2022, the consumer price index has risen by 2,737 percent. That means that the average annual rate of inflation during those 108 years was 3.15 percent. That’s 52 times the average inflation rate during the pre-Fed era. The inflation rate picked up after 1971 when President Nixon cut the last link between the dollar and gold. He “closed the gold window,” which meant that the US government would no longer redeem foreign governments’ US dollars at an exchange rate of $35 per ounce of gold. Between 1971 and 2022, the CPI rose by 3.89 percent per year. The years between 1971 and 1982 had particularly high inflation, averaging 8.21 percent per year.

One indicator of the problems created by long-term inflation is the almost total absence of long-term corporate bonds. In “Has the Fed Been a Failure?”, a 2012 article in the Journal of Macroeconomics written by monetary economists George Selgin of the Cato Institute, William D. Lastrapes of the University of Georgia, and Lawrence H. White of George Mason University, the authors note that in the decades prior to the Fed, 100-year bonds were fairly common. But we have had inflation in all but a few years since 1933. It shouldn’t be surprising, then, that there have been very few new issues of 100-year bonds. It takes a great leap of faith to lend money to a corporation for a century when you have no assurance that inflation will stay low.

But didn’t the price level vary more before the Fed than after, due in part to variations in the output of gold? Yes. Score one for the Fed.

One thing the Fed did accomplish in the long run was to almost totally get rid of deflation. But was that a good thing? It is if deflation is always bad. But whether deflations are good or bad depends on what causes them. In the above-mentioned article, Selgin et al. point out that deflation is benign if it is caused by growth in productivity: with higher output and no change in the amount of money, prices will fall. The harmful deflations, the authors note, occur when the demand for goods and services falls. Prices fall and wages do too, but often not quickly enough to make it worthwhile for employers to keep as many employees on the job. Result: unemployment. Selgin et al. quote two other authors’ finding, based on the experiences of seventeen countries during the twentieth century, that the only case in which there was a link between deflation and depression was the US Great Depression. Of course, that happened under the Fed’s watch.

That brings us to the issue of business cycles. One of the main reasons economists favor the Federal Reserve regulating the supply of money is that they want to avoid the periodic recessions and depressions that happened during the nineteenth century.

There’s one major problem with this argument for the Fed. It’s called the Great Depression. Between 1929 and 1933, 10,763 of the country’s 24,970 commercial banks failed as people tried to convert their demand deposits into currency. In a fractional reserve banking system, which is what we had then and have today, each dollar of bank reserves backs multiple dollars in checking accounts. So when enough people panic and try to convert their checking accounts into currency, banks go under. Think about the scene in the 1946 movie It’s a Wonderful Life except without a wonderful character played by Donna Reed using her and Jimmy Stewart’s honeymoon funds to stem the outflow of funds from their cherished building and loan. A wise Federal Reserve would have responded to the banking panic by doing what many backers of the Fed had wanted the Fed to do: serve as lender of last resort. If depositors had been confident that the Fed would lend enough money to banks that the money would be there for them if they wanted to withdraw, many would not have tried to withdraw. But that’s not what the Fed did. As University of Chicago economist Milton Friedman and his co-author Anna J. Schwartz of the National Bureau of Economic Research showed in their pathbreaking 1963 book, A Monetary History of the United States, 1867–1960, between 1929 and 1933, the Fed let the money supply fall by 30 percent. That is what aggravated what started out as a normal, garden-variety recession, putting the “Great” in the Great Depression. That’s on the Fed.

Many people now say that the Great Depression was an unfortunate learning experience for the Fed. Indeed, at a party at the University of Chicago to belatedly celebrate Milton Friedman’s ninetieth birthday, Ben Bernanke, then a member of the Federal Reserve Board, ’fessed up. He said, “Regarding the Great Depression. You’re right, we did it. We’re very sorry. But thanks to you, we won’t do it again.” But saying that it was a learning experience reminds me of the famous scene in the 1964 movie Dr. Strangelove in which President Muffley, played by Peter Sellers, realizes that one of his generals, Jack D. Ripper (Sterling Hayden), has acted on his own to start a nuclear war with the Soviet Union. Muffley says to General Turgidson (George C. Scott), “General Turgidson, when you instituted the human reliability tests, you assured me there was no possibility of such a thing ever occurring.” Turgidson’s priceless reply: “Well I don't think it’s quite fair to condemn a whole program because of a single slip up, sir.” The Great Depression was a pretty big slip up.

Even if we put the Great Depression aside and compare the pre-Fed era with the post–World War II era, the Fed still doesn’t look great. Economists used to think that after World War II, the Fed had caused real output to be less volatile than before 1914. That’s what would have happened if the Fed had made recessions less frequent, less long lasting, and shallower. But pathbreaking work by Christina D. Romer, a University of California, Berkeley, economist and later chair of President Obama’s Council of Economic Advisers, cast doubt on that view. Romer pointed out that the data used to estimate volatility before 1914 were almost entirely for commodities, whose output does tend to be more volatile. But by considering other components of gross national product (the measure generally used before GDP was adopted in the 1990s), she found output less volatile between 1869 and 1914 than after World War II. There goes that argument for the Fed.

Volatility is closely related to business cycles. But what about the earlier-mentioned recessions and depressions? In a 2004 article in the Quarterly Journal of Economics, economist Joseph H. Davis looked at two eras: the National Banking era, the period between the creation of nationally chartered banks in 1862 and the founding of the Fed, and the post–World War II era. Measuring the frequency and average duration of recessions, he found no difference. Moreover, found Davis, “the pernicious deflationary depressions that purportedly followed the financial panics in 1837 and 1873 were actually rather mild recessions when expressed in real output.”

None of this is to say that the banking institutions before the Fed were ideal. One set of regulations, in particular, was harmful: the restrictions on branch banking. When depositors showed up at a bank to get their money, the bank could not get currency from other branches because almost all banks before the Depression were unit banks with no other branches to call on. Had branch banking been allowed, in the nineteenth and early twentieth centuries, there would have been a more functional banking system and less pressure to establish the Federal Reserve.

Wouldn’t it be nice if economists retreated from telling the Federal Reserve how to be a central planner and, instead, challenged the whole idea of central planning?