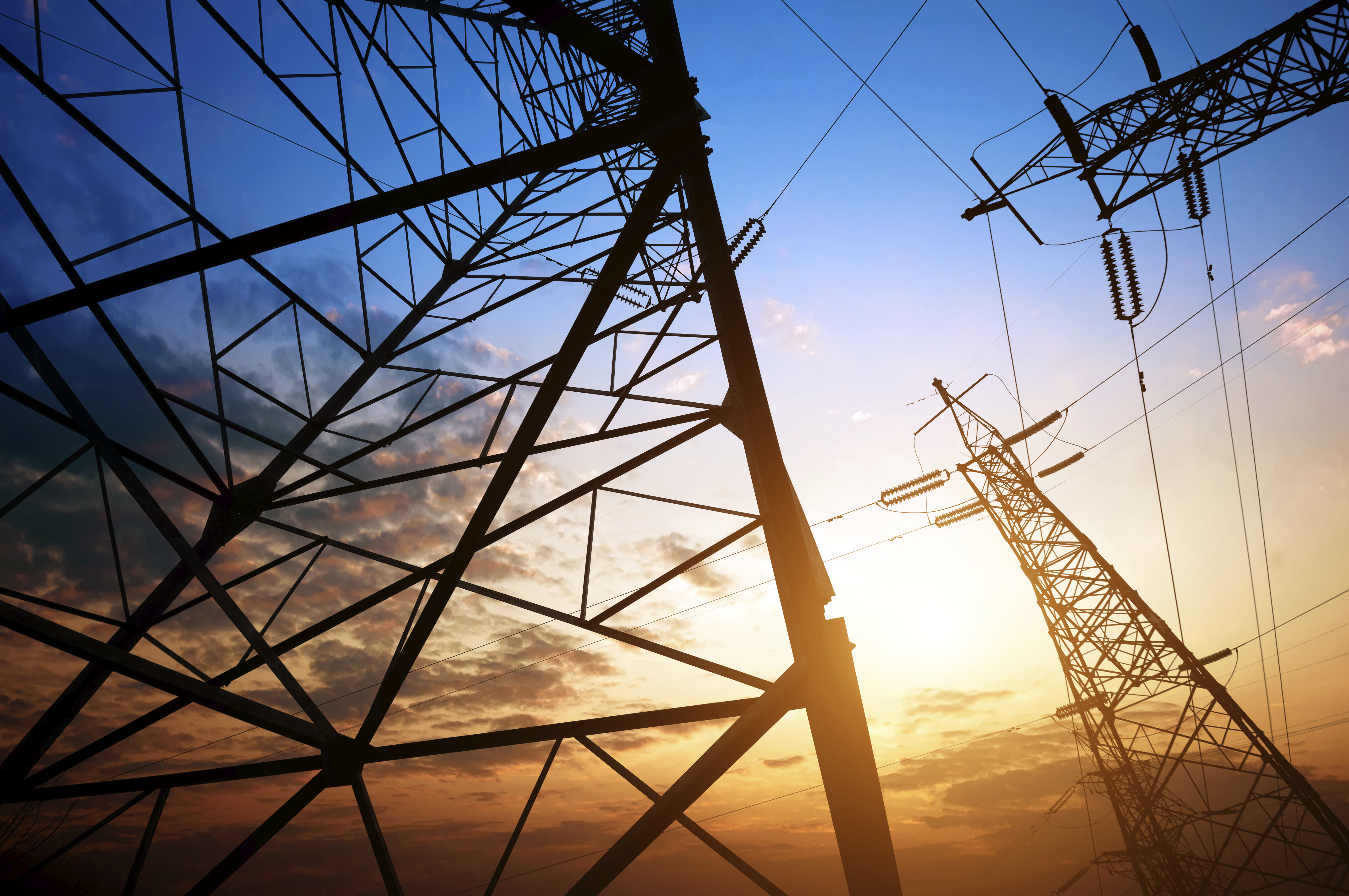 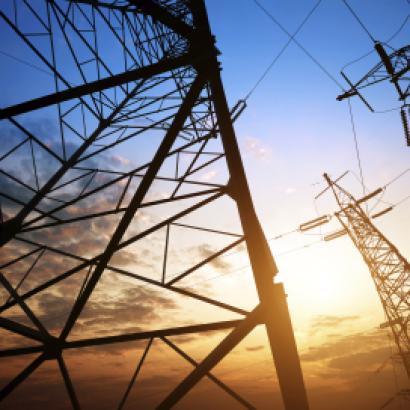 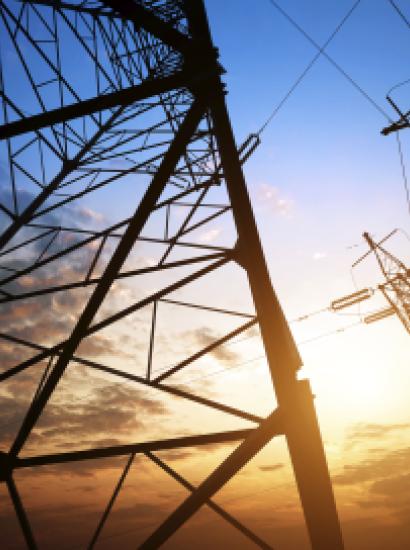 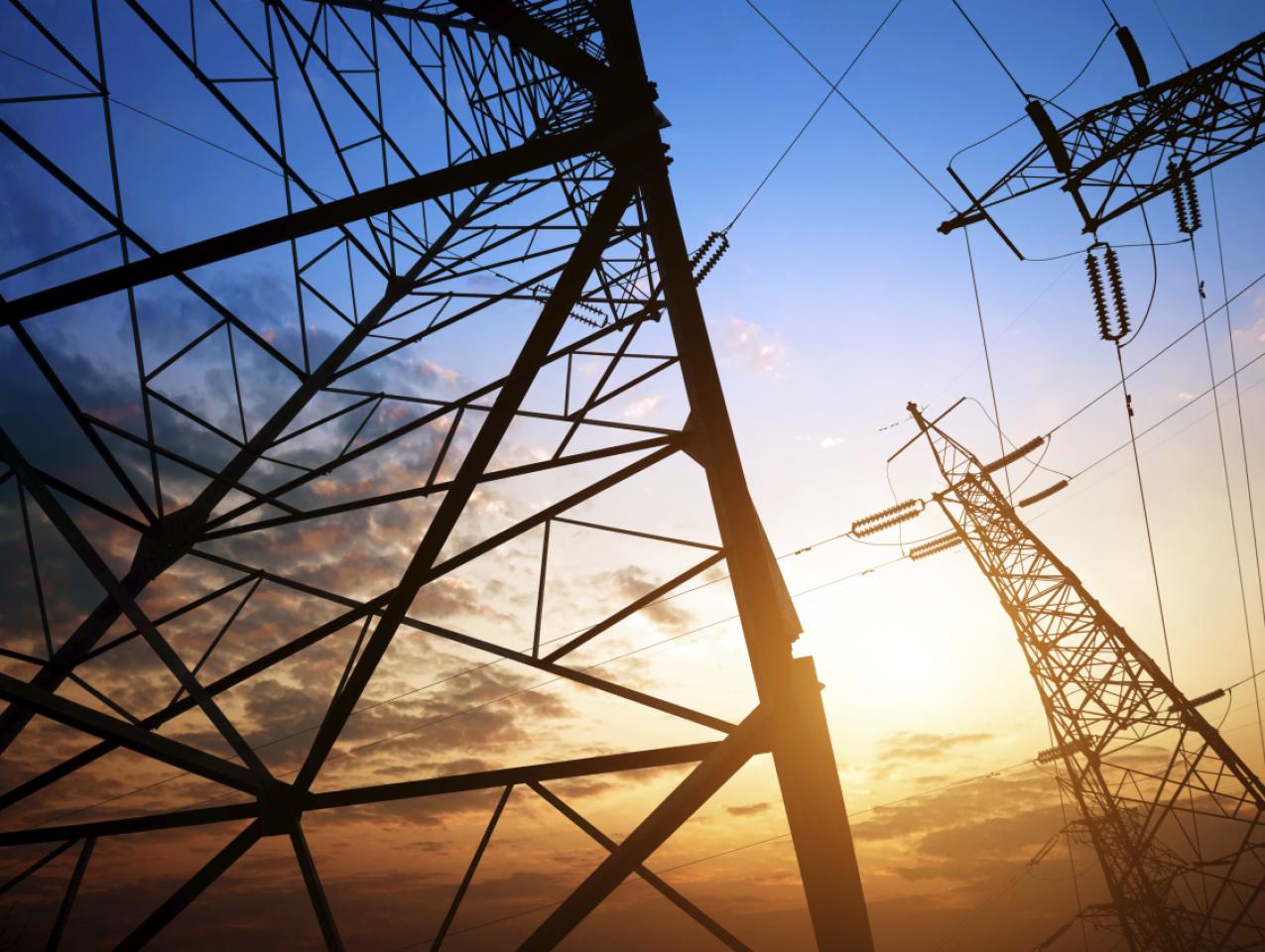 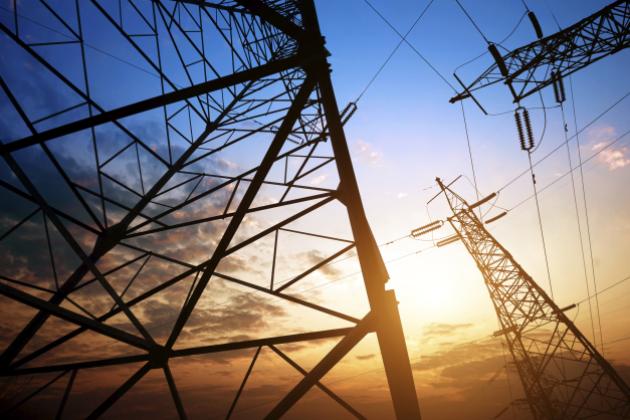 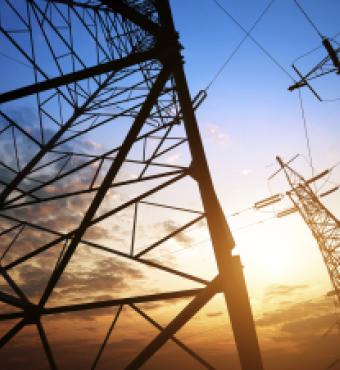 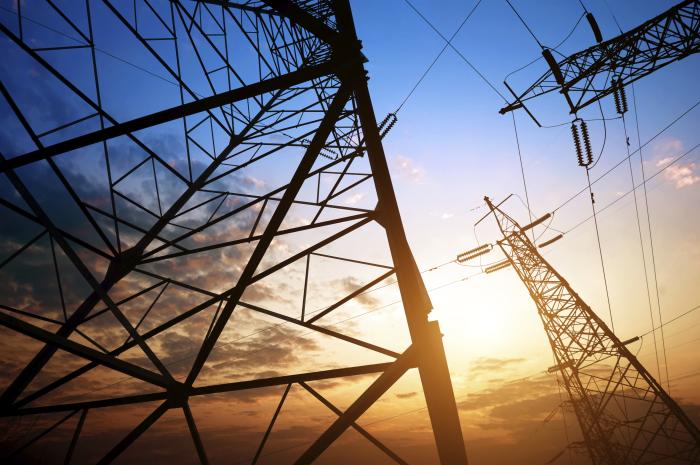 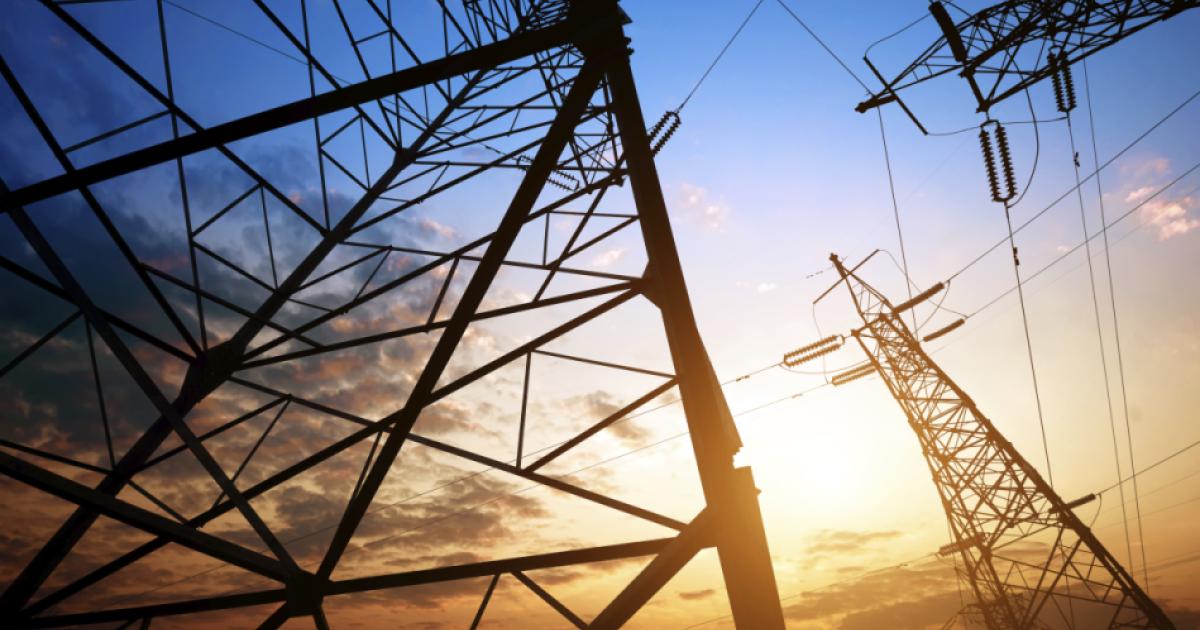 The news is full of stories that the next summer heat wave is expected to cause brownouts and blackouts throughout the nation. Running a grid is complex business, for the relevant regulators must safely balance the distribution of power across the nation to meet rapid shifts in demand over different locations and times. The first line of attack for the energy crisis is increasing the capacity of the grid, which requires pumping more energy into the system, chiefly from fossil fuels. On energy production, a waffly Biden administration resorts to a combination of explicit bans and de facto slowdowns. The president’s many decisions to either shut down or slow down the construction of new pipelines intensify shortages, which compounds the overall danger. At the same time, the decline in Russian natural gas supplies puts increased pressure on world energy supplies, which has boosted oil prices to well over $100 per barrel.

Equally important, actions that take place inside the electrical grid must also be prudently carried out. Much of the government’s power over the grid is vested in FERC, the Federal Energy Regulatory Commission, which has taken over many of the functions of the older Federal Power Commission, including its traditional ratemaking functions for public utilities. Right now, FERC has, by a notice of proposed rulemaking (NOPR), put up for public comment an exceptionally complicated proposal from early May 2022 that travels under the impressive title “Building for the Future Through Electric Regional Transmission Planning and Cost Allocation and Generator Interconnection,” which stresses how activities that take place within one portion of the grid necessarily impact activities elsewhere on the grid. This NOPR proposes a novel way to achieve that end.

Thus paragraph 3 imposes “long-term regional transmission planning” needed to allow FERC to decide whether the proposed course of action by any regulated party can “meet transmission needs driven by changes in the resource mix and demand.” As part of that requirement, the commands in paragraph 4 “require that public utility transmission providers in each transmission planning region seek the agreement of relevant state entities” on all the relevant cost allocation programs that are involved.

At no point does this NOPR give any historical examples of breakdowns under the current regime; nor does it supply any reason as to why and how this enormous investment would fix some unidentified problem. The FERC has its reasons for being coy, for, as noted by Commissioner James Danly in his short dissent, the program represents a dramatic shift in the government’s aspirations for grid control. Its constant repetition (116 times) of the phrase “resource mix” is a thinly disguised commitment to put a greater portion of renewables into the energy base, i.e., by changing the mix of its inputs. The hard question this assertion raises is where the FERC gets its authority to engage in that fundamental effort to restructure the organization of the grid in a rulemaking exercise.

A useful place to start is with 16 U.S.C. § 824e,  which the NOPR, in cryptic fashion, notes “requires that Commission-jurisdiction rates, terms, and conditions, including those for transmission services, be just and reasonable and not unduly discriminatory or preferential.” This mandate, the NOPR continues, covers all “rates, terms, and conditions.” It is critical, however, to place these quoted words within the context of the basic statutory command, which reads:

This fuller quotation indicates a far more restricted mandate for FERC. In all instances, the initial rates are set by the public utility. These are then subject to review on the grounds that the classifications or rates are “unjust, unreasonable, unduly discriminatory, or preferential.” In other words, it is clearly the case that the FERC does not have the initial power to set rates, and enjoys only limited grounds on which to review them, namely, under what are commonly called FRAND (fair, reasonable, and nondiscriminatory) rates.

To understand these words, it is necessary to revert to the historical record that is widely understood to have shaped and framed the scope of government review of public utility rate regulation. The story begins with a famous work of Sir Matthew Hale, De Portibus Maris (“concerning the gates of the sea”), in which Hale argued that the owner of the only wharf available for loading and unloading vessels along a stretch of the seacoast could not charge what the market would bear, but was limited to charging only fair, reasonable, and nondiscriminatory rates. The words fair and reasonable are intended to convey that the state is empowered to reduce the rates charged by a monopolist to a competitive level when it is impossible (as it is with a harbor that can accommodate only one facility) to sustain new entry within the space. Hence, ratemaking is the antidote either to a monopoly franchise received from the state or a natural monopoly created by unique features of geography. Hale’s formulation, then, as a constitutional matter, was carried over into American law in Munn v. Illinois (1877).

The notion of nondiscriminatory or preferential rates was designed to make sure that the operator of a facility did not use its monopoly power to charge lower rates to his favored customers than to anyone else. The complexity in this system is that, where the costs of providing services to different classes of customers varied, the rates charged had to vary as well in order to prevent (what could never happen in a competitive market) low-cost customers having to subsidize high-cost customers.

This exclusive focus on monopoly control led to serious debates about how to calculate both the appropriate rate base and the appropriate rate of return. In the landmark 1989 decision of Duquesne Light Co. v. Barasch (1989), the Supreme Court noted that there was no unique way to attack this issue, such that regulators at FERC could either grant the public utility with a large base, whereby the public took on the risk of unwise investments and the utility received a lower rate of return, or, alternatively, the utility took on the risk of unwise investments, for which it would receive a much higher risk-adjusted rate return. The entire enterprise was designed to isolate a given public utility and put its finances in order. Once that was done, each independent public utility could enter the interstate market to either obtain or sell power as needed on mutually acceptable terms. The better designed each component of the system, and the sounder the ratemaking system, the more efficient the system of interstate transfers under the supervision of FERC.

Unfortunately, the current NOPR takes no notice of the standard practice of ratemaking; indeed, it never mentions the problem of legal or natural monopoly that led to the creation of the doctrine on public utility rate regulation in the first place. Instead, its switch in focus to promoting the use of renewable fuels represents a complete transformation of the ratemaking process to take on problems—e.g., dangerous emissions—that are far better dealt with through sensible discussion and application. And the means chosen to deal with this supposed problem are an open invitation for disaster, given the inherent variability of both wind and solar. The elaborate system of mandated coordination with every region and the apparent need to gain the consent of all state regulatory agencies before going forward could be an enormous stumbling block to either setting or revising rates.

By way of example, California has become the home of all sorts of mandates about the use of solar and wind energy. Under the status quo, it must internalize both the benefits and the burdens of its regulatory choices in its dealings in interstate energy markets, e.g.,   the large shortages and major price spikes to which its system is often subject. That is, the burden of such risk falls on any state that seeks to reorient its base away from relatively stable fossil fuel sources to wind and solar. But the new mandate, if implemented, would socialize the losses from wind and solar energy gambits to other states on the grid that have concentrated on finding the right rates to charge for stable energy sources. The net effect of this directive would therefore be the exact opposite of its intent: it will destabilize local electricity markets.

Once again, the law of unintended consequences takes hold. No matter how many times the NOPR announces that it hopes to “ensure operational stability,” the exact opposite outcome seems all the more likely. Let’s hope that this ill-thought-out proposal is abandoned before it wreaks real damage.