The big picture, the little picture, and everything in between. 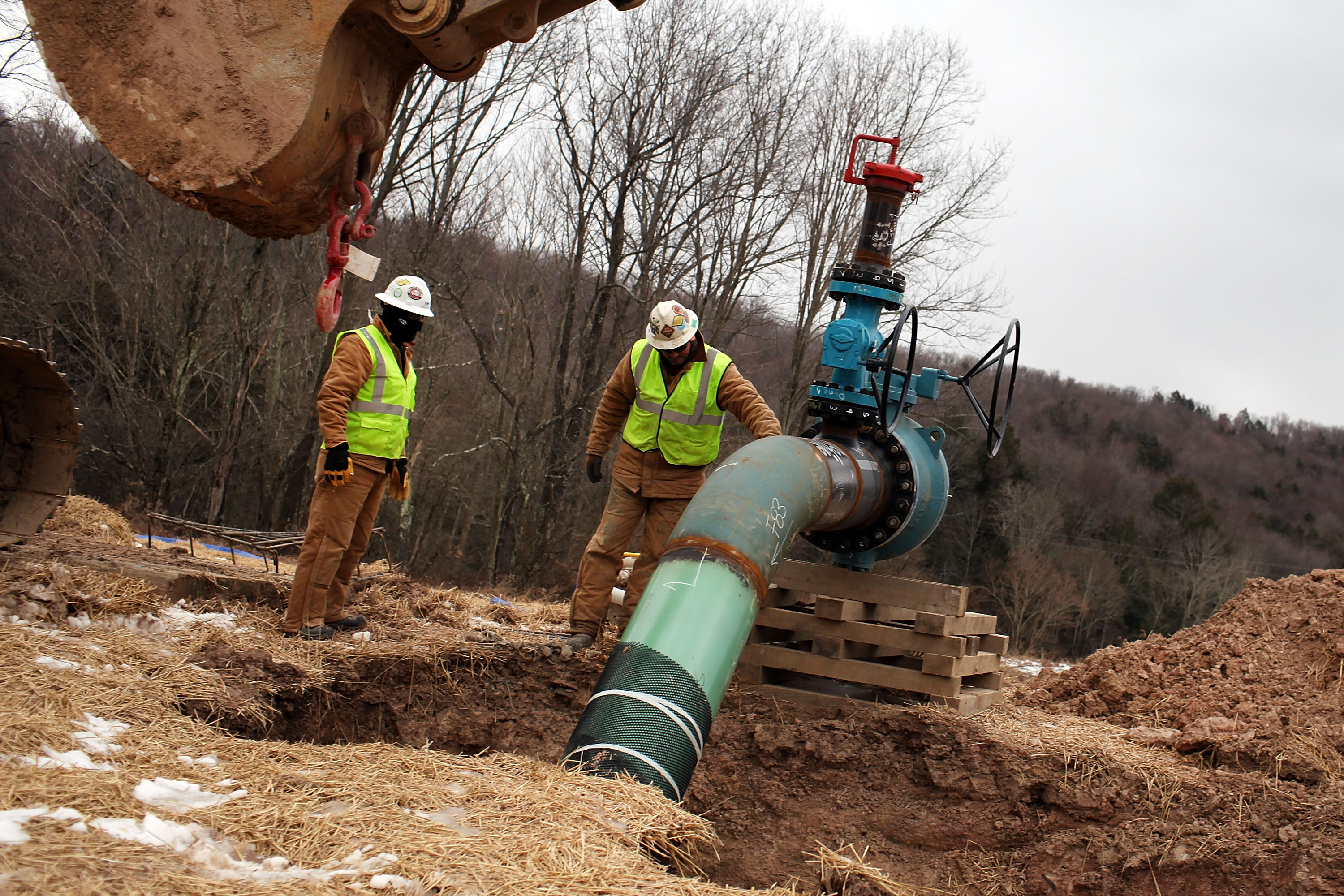 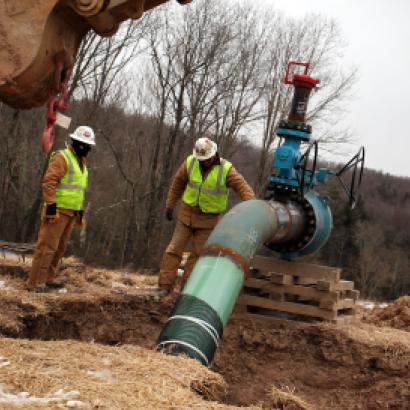 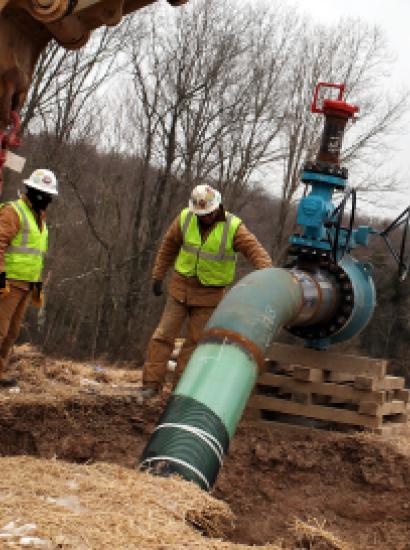 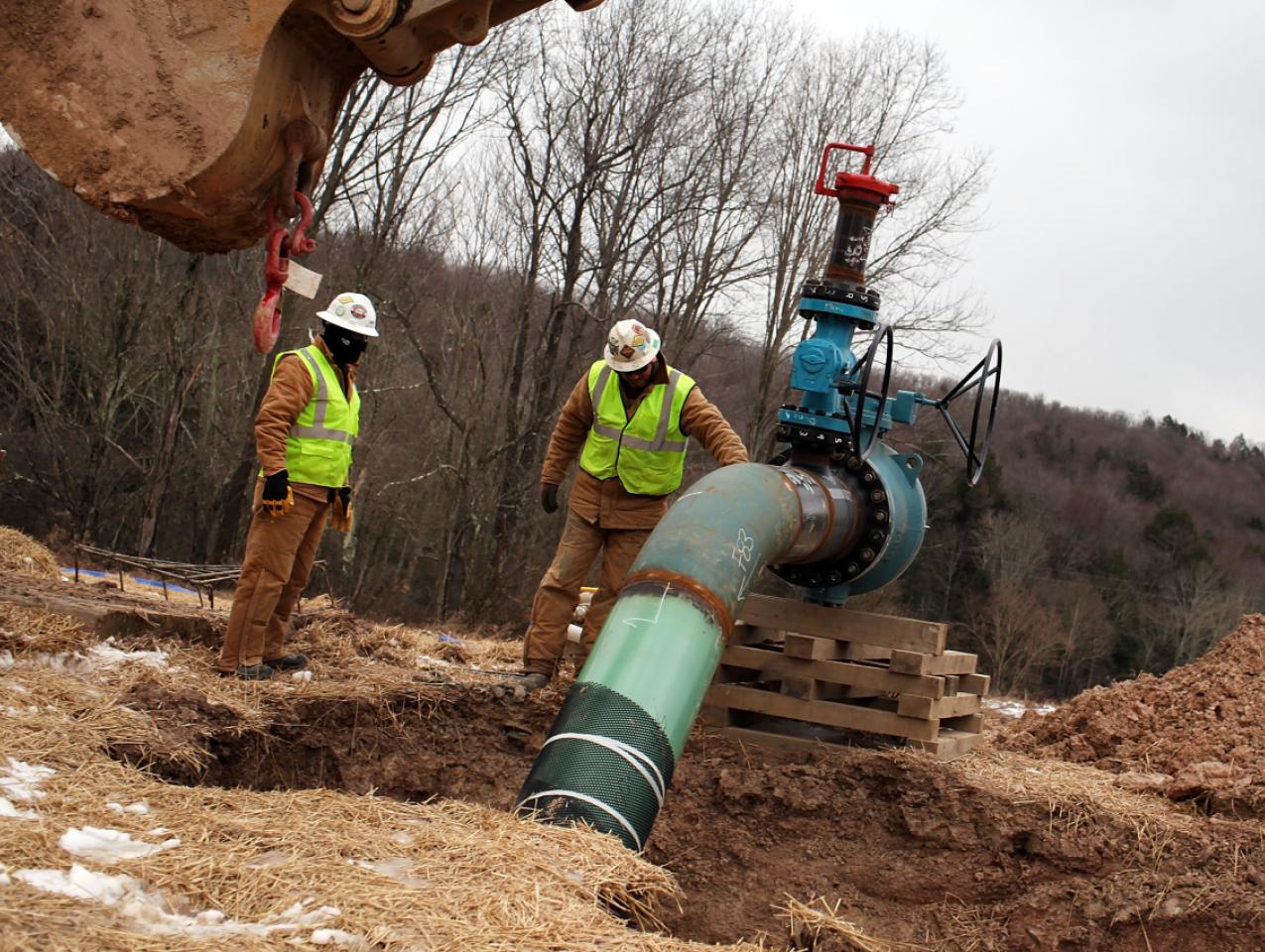 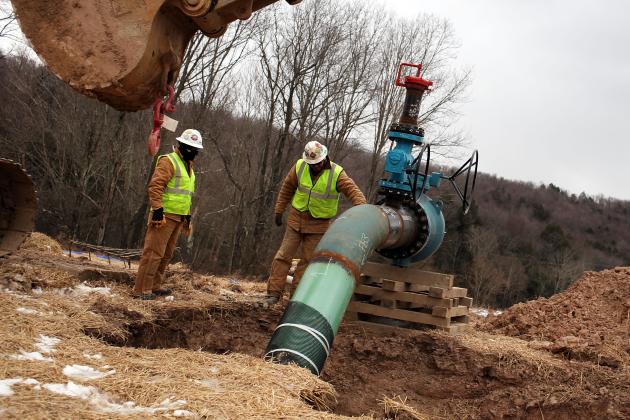 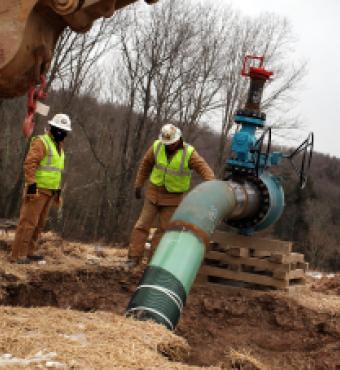 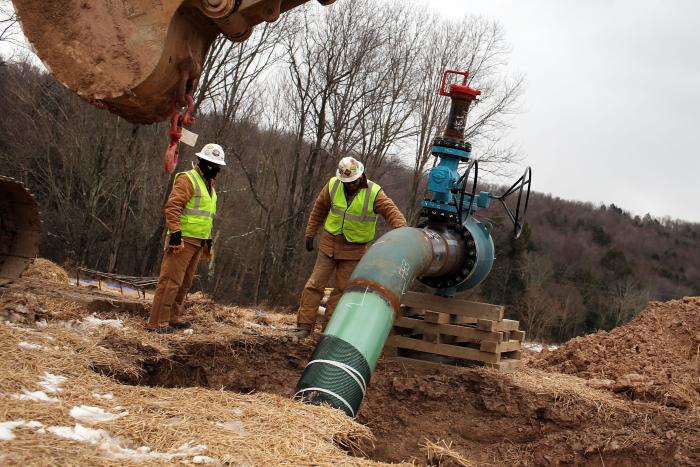 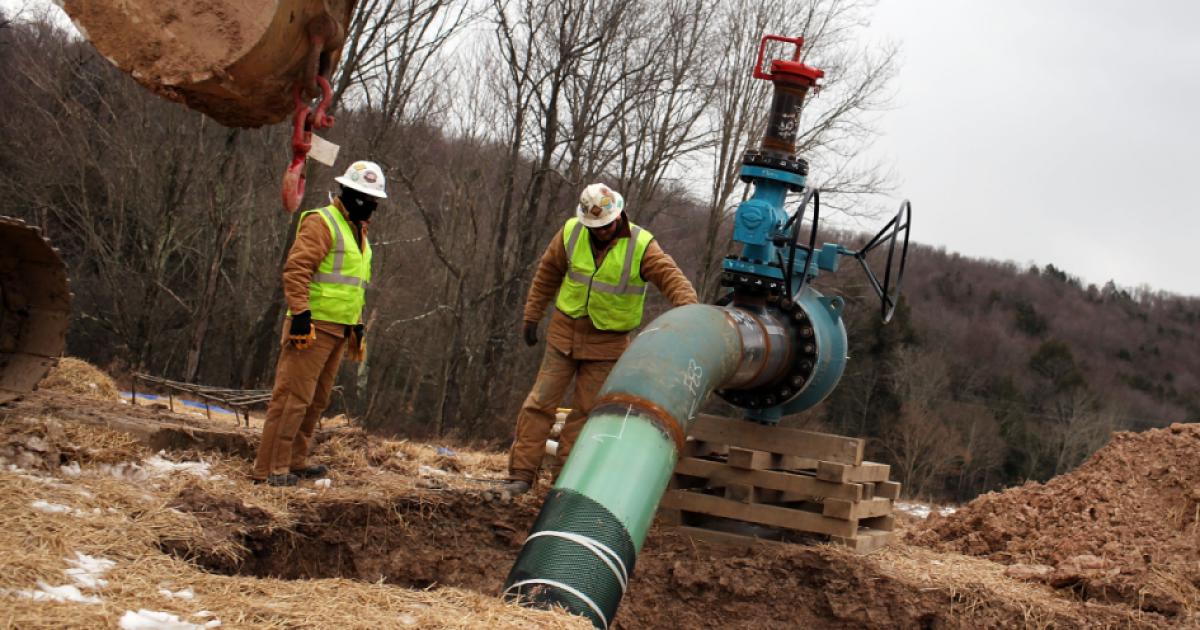 When I was a senior economist for health and energy policy with President Reagan’s Council of Economic Advisers, I wrote parts of chapters in the 1983 and 1984 Economic Report of the President (ERP.) And so, like many former economists in that job, whether in a Republican or Democratic administration, I tend to read each year’s Economic Report carefully. I found this year’s report particularly good. (Although authors are not listed individually, I presume one of them is Joshua Rauh, a Hoover colleague who is the CEA’s Principal Chief Economist.)

I should add that I tend to judge an ERP generously. The reason is that the authors always need to pay attention to the views of their big boss, the U.S. president, and of their colleagues in other agencies of the federal government. So you won’t find this year’s Report being critical of Donald Trump’s policies on trade or immigration, two areas where he favors much more regulation and taxation than the median economist. But the economists who wrote the Report don’t blow kisses at those policies either. And in one footnote, to their credit, they take a risk by pointing out that Trump’s tariffs in 2018 and 2019 imposed a deadweight loss on the U.S. economy of 0.4 percent of GDP per year.

Where the Report’s authors can say good things about Trump’s economic policies and their effects, though, they do. And it turns out there are many good things to say: on the effects of the 2017 tax cut, deregulation, economic growth, unemployment, growth of real wages, increases in household income, and the shale oil revolution. They also have interesting sections on health insurance and health care, and on the threats to growth from too-vigorous antitrust enforcement, the opioid crisis, and housing unaffordability caused by regulation. These last I will deal with in a follow-on article.

Consider the big picture: economic growth. In late 2016, both the Congressional Budget Office (CBO) and the Federal Reserve’s Open Market Committee (FOMC) were pessimistic about future growth. In August 2016, the CBO projected that real GDP would grow by 2.3 percent in 2017, 2.1 percent in 2018, and 1.6 percent in 2019. Similarly, the FOMC projected real GDP growth for those years of 2.0 percent, 2.0 percent, and 1.8 percent. The actual growth rate was higher in each of these years: 2.8 percent in 2017, 2.5 percent in 2018, and 2.3 percent in 2019. The Report points out that although this growth surprised the CBO, the FOMC, and the Blue Chip consensus panel, it did not surprise the Administration economists. It had forecasted average annualized economic growth over the first three years to be 2.5 percent. It turned out slightly higher than that.

But why did that happen? Two major policy changes that the Report credits are the 2017 tax cut, especially the permanent cut in the corporate income tax rate from 35 percent to 21 percent, and deregulation of the economy. The 2017 tax cut reduced what economists call the “user cost of capital.” That gave people an incentive to produce more capital. With more capital per laborer, worker productivity is higher.

Why the big difference? The Report notes that the CBO had assumed that most of the job growth would be from the ranks of the officially unemployed (those who were out of work and looking for work) and little from people who were not in the labor force. But at least for the fourth quarter of 2019, the authors note, 74.2 percent of people getting jobs were those who entered the labor force rather than those previously unemployed. The other nice surprise was the unemployment rate. Whereas the CBO and the Federal Reserve had projected an unemployment rate of 4.5 percent or higher by the end of 2019, it had actually fallen by a whole percentage point more, to 3.5 percent. In 2000, the U.S. Bureau of Labor Statistics (BLS) started collecting data on job openings and compared them to the number of unemployed workers. In every month since then, up to early 2018, the number of unemployed people exceeded the number of job openings. But starting in early 2018, the relationship reversed. For the first time the number of job openings exceeded the number of people who were unemployed and, notes the Report, stayed that way for the next 20 months. A BLS news release from February 11 of this year shows that the streak has now extended to 22 months.

Because wages for workers at the low end of the wage scale have risen by a higher percentage than wages for workers at the high end, income inequality has fallen. Economists often use the Gini coefficient as a measure of income inequality: if all incomes are equal the Gini is 0; if one household has all the income, the Gini is 1. The Report mentions that the Gini coefficient has fallen, but, unfortunately, does not say by how much. A check of their source, a 2019 study by the U.S. Census Bureau, shows that it fell from 0.471 in 2017 to 0.464 in 2018, a drop of 1.5 percent.

The Report also notes that the number of poor people fell by 1.4 million from 2017 to 2018 and that the poverty rate for black people and Hispanics has reached record lows. Also, nearly 7 million fewer people were on food stamps, the number of people in the federally funded welfare program (Temporary Assistance to Needy Families) has fallen by almost 700,000, and the number of people on Social Security Disability Insurance has fallen by almost 380,000 since the 2016 election.

This last point, on disability, is quite striking. Economists of various political persuasions have been concerned for many years about the growth in the number of people on disability. David Autor, for example, a prominent economist at MIT, wrote a study in 2011 titled “The Unsustainable Rise in Disability Rolls in the United States.” He noted that even though disabling conditions in the U.S. population didn’t seem to be rising, the disability rolls were. Economists have suspected that many workers go on disability when they can’t find good jobs. So the fact that the number of people on disability fell substantially is good news in two ways.

One of the best chapters of the ERP is titled “Energy: Innovation and Independence.” In it, the authors offer a lot of data and solid reasoning on the tremendous gains for the U.S. and global economy from the shale revolution. They estimate that the shale bonanza, which dramatically increased the amount of oil and natural gas produced in the United States, reduced the domestic price of natural gas by 63 percent by the end of 2018. This price drop, they calculate, has led in turn to a 45-percent drop in the wholesale price of electricity.

The increase in oil supply has also caused oil prices to fall, but that drop is much lower because oil is sold in a world market and the increased oil production as a percent of the world supply of oil is much smaller than the increase in the natural gas supply as a percent of domestic production of natural gas. The price reductions of both, they estimate, have created gains for the average American family of a substantial $2,500 per year. Because lower-income families spend a higher percent of their income on energy than do higher-income families, the former gain more percentagewise. Specifically, the gain to families in the lowest income quintile is 6.8 percent income, compared to only 1.3 percent for the highest quintile.

The authors are careful not to give the Trump administration credit for the shale revolution, but they do note two relevant policy issues. First, they criticize the view that because the federal government, between 1978 and 1992, spent about $130 million on technology that helped the shale revolution, the feds should get a lot of credit. Federally subsidized research, they argue, “carried limited transferability to the early breakthroughs in Barnett shale formation.” The Barnett Shale is a geologic formation in Texas. Moreover, they point, an early tax credit that might be thought to have helped the shale revolution expired in 1992, long before the technological breakthroughs in the early 2000s.

The second policy issue they address is state policy, where there is a huge difference across states. In Pennsylvania, they note, production from shale is legal and that part of the economy has thrived. Between 2010 and 2017, natural gas production in Pennsylvania increased ten-fold. In New York, by contrast, where hydraulic fracturing, the sine qua non of the shale revolution, is illegal, New York’s production fell by nearly 70 percent over those same seven years.

The large drop in natural gas prices due to the shale revolution has dramatically shifted the mix of energies used to produce electricity. Between 2006 and 2014, the Report notes, the share of electricity generated from coal-fired power plants fell from 50 percent to 28 percent, while the share from natural gas increased from 19 percent to 35 percent. This matters not only because coal pollutes the air much more than natural gas does, but also because the shift has reduced emissions of carbon dioxide per unit of real GDP by 28 percent. And this is without cap-and-trade, except in a few states, and without a carbon tax. Compare that to the European Union, which has an elaborate cap-and-trade system that reduced the EU’s comparable number by only 20 percent. Unintended consequences are not always bad.

One other energy policy that politicians since Gerald Ford have pushed but economists across the spectrum have criticized is fuel standards for cars and trucks. The justification during the Ford-through-Clinton eras was that car buyers should care more about fuel economy. The justification for about the last 15 years is that we need the fuel standards to reduce carbon dioxide emissions so as to slow global warming. The Report contains a striking graph that shows that shale innovation reduces CO2 emissions by 33 percent more than the 2012 fuel standards.

What can get in the way of future growth? The Report’s authors argue that there are a few potential problems that need addressing: too vigorous and uninformed antitrust enforcement, the opioid crisis, and reducing housing affordability in 11 major metropolitan areas. Those three, plus a fairly opaque chapter on health care that needs a lot of translation for the non-economist, are the topics of my next essay.