On the 10th June, 2021, President Macron announced 'the end of Operation Barkhane' in the Sahel, but he did not announce France's withdrawal from the war against Salafi-jihadist organisations in the area. This is simply a new avatar of France's military engagement in the Sahel after Nicolas Sarkozy's ‘Sahel plan’ and the start of the Special Forces' Operation Sabre in 2009, operation Serval in 2013 and operation Barkhane in 2014. 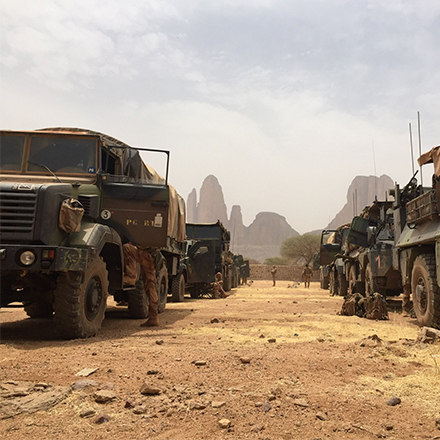 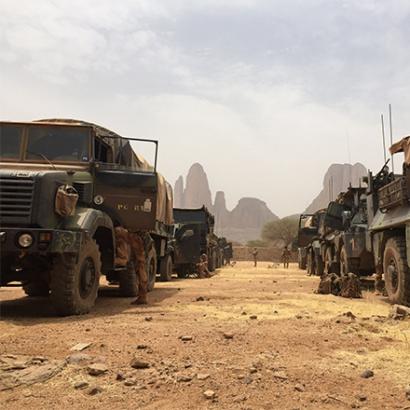 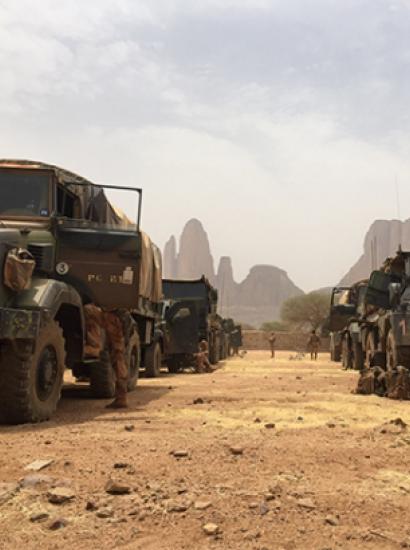 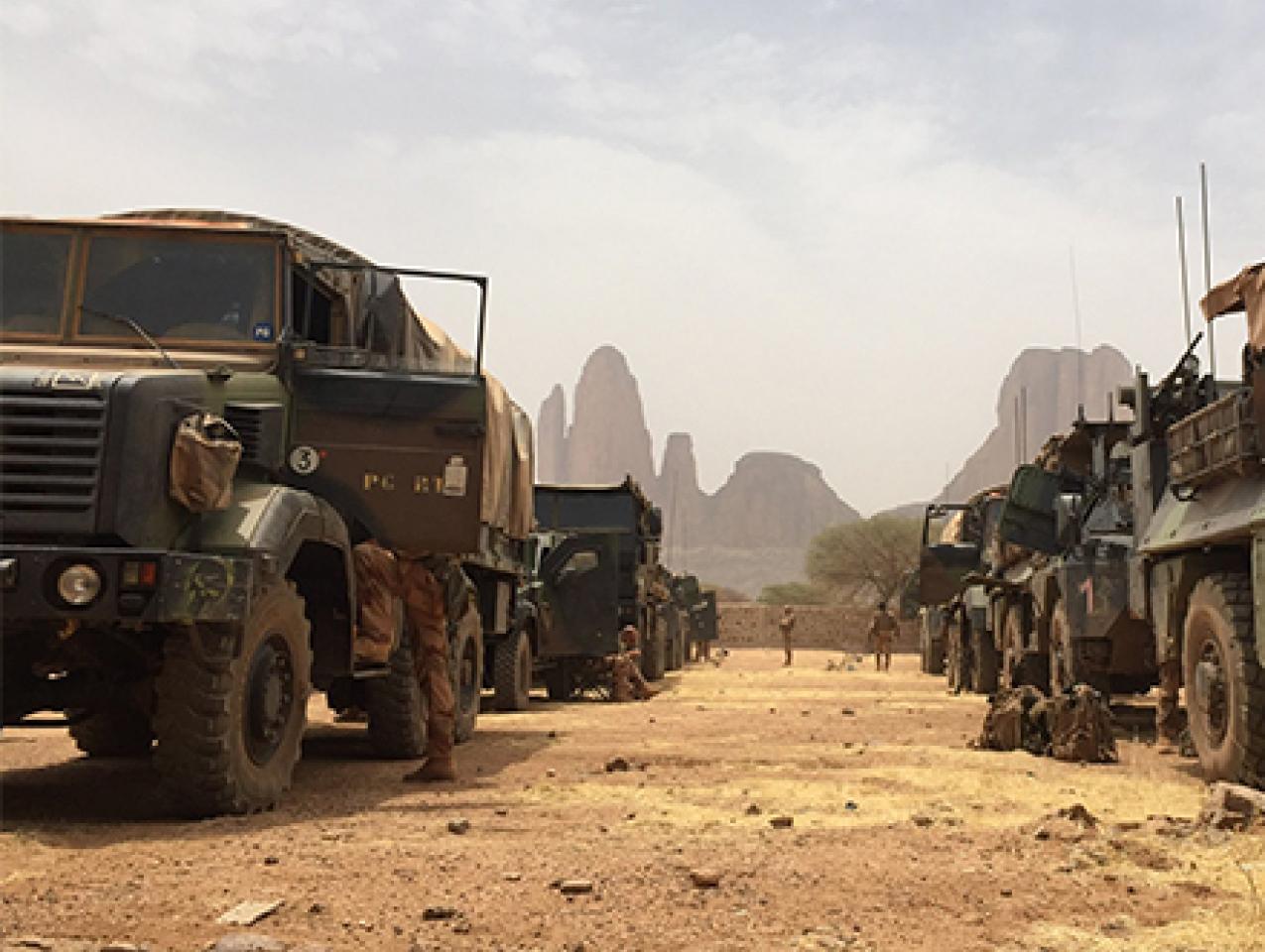 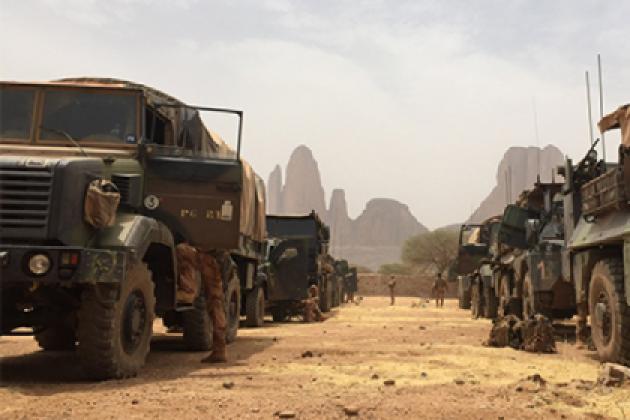 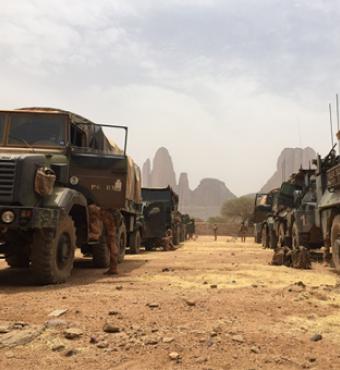 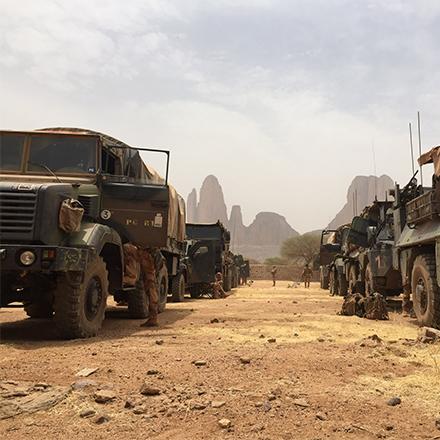 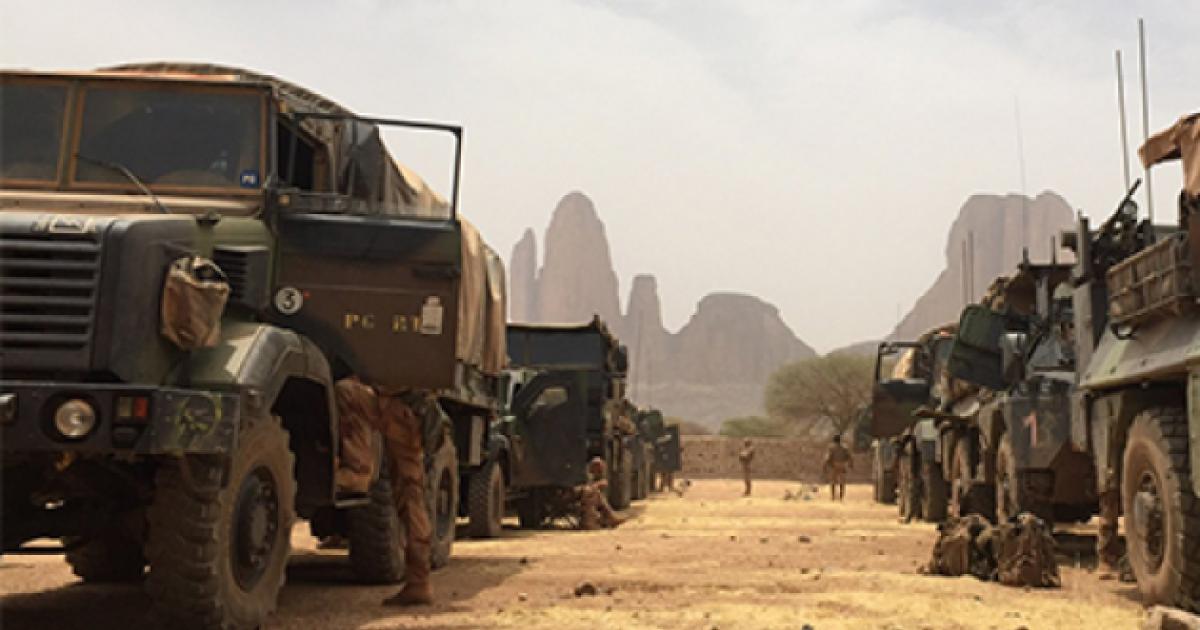 On the 10th June, 2021, President Macron announced 'the end of Operation Barkhane' in the Sahel, but he did not announce France's withdrawal from the war against Salafi-jihadist organisations in the area. This is simply a new avatar of France's military engagement in the Sahel after Nicolas Sarkozy's ‘Sahel plan’ and the start of the Special Forces' Operation Sabre in 2009, operation Serval in 2013 and operation Barkhane in 2014.

As the president did not mention the premises and strategic objectives of our engagement, it is assumed that these have not changed. France still considers the stability of the region to be of great importance for the security of its interests and its citizens in Africa and even in Europe. It is therefore the form, the organisation and the methods that need to be changed, not in order to withdraw but to be able to stay longer. Operations Barkhane and Sabre are not only costly in human terms, with 55 soldiers killed and several hundred wounded to date, but also financially, with approximately one billion euros spent per year. France is reaching the limit of what it is capable of doing at this price. Opinion polls are beginning to show a majority of the population disapproving of the commitment, which is a sure sign that the end is near. It will be difficult to continue for much more than two years.

However, with a radical change in the posture of a military operation - rather than simple adjustments - this is a delicate moment. It is better to make this change from a position of perceived success rather than retreat, as is the case with the engagement in Afghanistan. After the G5-Sahel summit in Pau in January 2020, it was clear that a brief, intense campaign was required to restore stability. The pressure brought to bear by operations Barkhane and Sabre from the beginning of 2020 was as strong as that of Operation Serval in 2013. The Islamic State in the Greater Sahara (ISGS) and Al Qaeda in the Islamic Maghreb (AQIM), a member of the Group to Support Islam and Muslims (GSIM), have been hit very hard and are no longer able to conduct major operations. Once on the verge of collapse, the Malian, Nigerien and Burkinabe armed forces now have been rescued.

However, we are still far from a stabilized situation, not to mention a victory. A shift in the nature of the engagement, which was expected to be announced in February 2021 at the new G-5 Sahel summit in N’Djamena, has been delayed indefinitely. Perhaps it was hoped that another year of intense pressure would finally produce decisive results. Perhaps they were waiting for the elimination of Iyad Ag Ghali, leader of the GSIM, and Abu Walid al Sahraoui in the EIGS to claim victory. But a military operation always addresses several audiences, and if the military tends to see only the enemy, the President of the Republic, with one year to go before the presidential election, is also focused on French public opinion. He looks, as well, to his allies, including the Malian state, whose responsibility for the deterioration of the situation in the Sahel over the last twenty years is overwhelming.

President Macron is accustomed to making snap decisions, often contrary to prevailing opinion. If the change in posture was "in the air" and should have happened anyway, this sudden announcement, after consultation with the heads of state of the G5-Sahel, is undoubtedly intended to shock. It comes a few days after a new coup d'état in Mali, and even a coup d'état within a coup d'état in August 2020. It should therefore probably be seen as an expression of weariness on the part of President Macron and the French as a whole in the face of the corruption and incapacity of the Malian political system, which is also quick to use France as a scapegoat. Its implementation is nevertheless expected to be slow enough to allow the many actors in the region who depend on Operation Barkhane to adapt. This announcement, which is first and foremost an announcement of withdrawal from Mali, is also a means of putting pressure on the Malian government by confronting it with the prospect of no longer benefiting from French protection.

Fundamentally, it is now a question of withdrawing from an overseas engagement that has been costly in terms of lives lost and the image of France tarnished. Without a strong and visible presence in Mali, there will be fewer casualties from improvised explosive devices on the roads, but also less criticism in the country from those who associate France’s presence with impotence, or even malice.  Doubtless, those who denounced the 'predatory occupation' in Mali will now denounce an abandonment.

For many French soldiers, this withdrawal from Mali should have been carried out as soon as the active Serval operations ended in 2013, so predictable was everything that happened afterwards. It was known that the pressure exerted on the enemy was insufficient to prevent him from returning. Above all, we knew that the Malian and Burkinabe states, and to a lesser extent Niger, would be unable to take over from France militarily, regardless of all the international aid they received. Despite the presence of Barkhane, United Nations Multidimensional Integrated Stabilization Mission in Mali (MINUSMA), European Union Training Mission in Mali (EUTM–Mali), the G5-Sahel Joint Force, the government in Bamako now controls only 30% of Mali's territory. The Malian Armed Forces are still unable to impose themselves on the thirty or so armed organisations, jihadists, Tuaregs, self-defence groups, that exist in the country. This will remain the case until the structural problems of the state and its army, primarily corruption, are addressed.

The objective now for the French is to be as little visible as possible in Mali. As for the rest, assuming that the timetable announced by President Macron is respected, France will return in 2023 to the troop levels that existed at the start of Operation Barkhane in 2014. At the time, this was clearly insufficient to have an effect on the enemy, yet now it is a bit different. It was not until the end of 2019 that France had armed drones. Now these armed drones based in Niamey, Niger, are eliminating more enemy fighters than the French battalion based in Gao, Mali. Overall, the pressure on the enemy is exerted almost entirely by the strike and raid system of the French Air Force, Special Forces and the airmobile group based in Gao. By withdrawing completely from Mali, this strike and raid system may lose some effectiveness, especially for the helicopter component which needs an intermediate base in Mali, and their ability to gather intelligence will be diminished. On the whole, however, French forces will be better able to take on the enemy while remaining safer.

To hit the enemy is good, but to control the terrain is better. French forces have always been too few in number to control territory, except temporarily and in specific areas. The local armed forces, especially in Mali, are far too tactically weak to do so. The combination of the two, on the other hand, works well. Local units accompanied by, or better still, merged with small groups of French soldiers, are capable of defeating any opposing group and better protecting the population. This does not solve the structural problems of these armies, but it allows them to be much more effective on the ground very quickly. This is to some extent the purpose of Task Force Takuba, a coalition of several European countries under the aegis of France, which aims to pair certain local forces with special forces teams. This works well, but it risks remaining too limited in scope to have a strategic effect. It would be necessary to go much further and insert, for example, a French infantry combat group into each company of the local armed forces. This alone would be effective in creating a critical mass of forces capable of retaking the ground from the enemy.

Finally, the withdrawal of French forces does not preclude them from returning. In 2023, should a crisis situation arise, France will still be able to commit a complete brigade to combat in the region in a few days, as in January 2013. This is actually the most efficient way for French forces to proceed rather than a prolonged presence on the ground. In strategy, as in many other things, it is important to understand limits. The war continues because it has no reason to stop at the moment, but France is now proceeding in a way that aligns more economically to the country’s objectives and with a greater capacity to maintain that commitment over the longer term.

An officer in the French Marine Corps with a Ph.D. in history from the Ecole de Guerre, Colonel Michel Goya served in Marine combat units in several operations in Africa and the Balkans.  He then joined the Joint Staff of the Army Doctrine Center (CDEF) where he served as military assistant in charge of doctrine to the Chief of Staff of the Armed Forces.  Before retiring, he was director of the New Conflicts field of studies at the Institute of Strategic Research at the Ecole Militaire.  He now consults on strategy.