Our goal should be a less intrusive, less oppressive government. 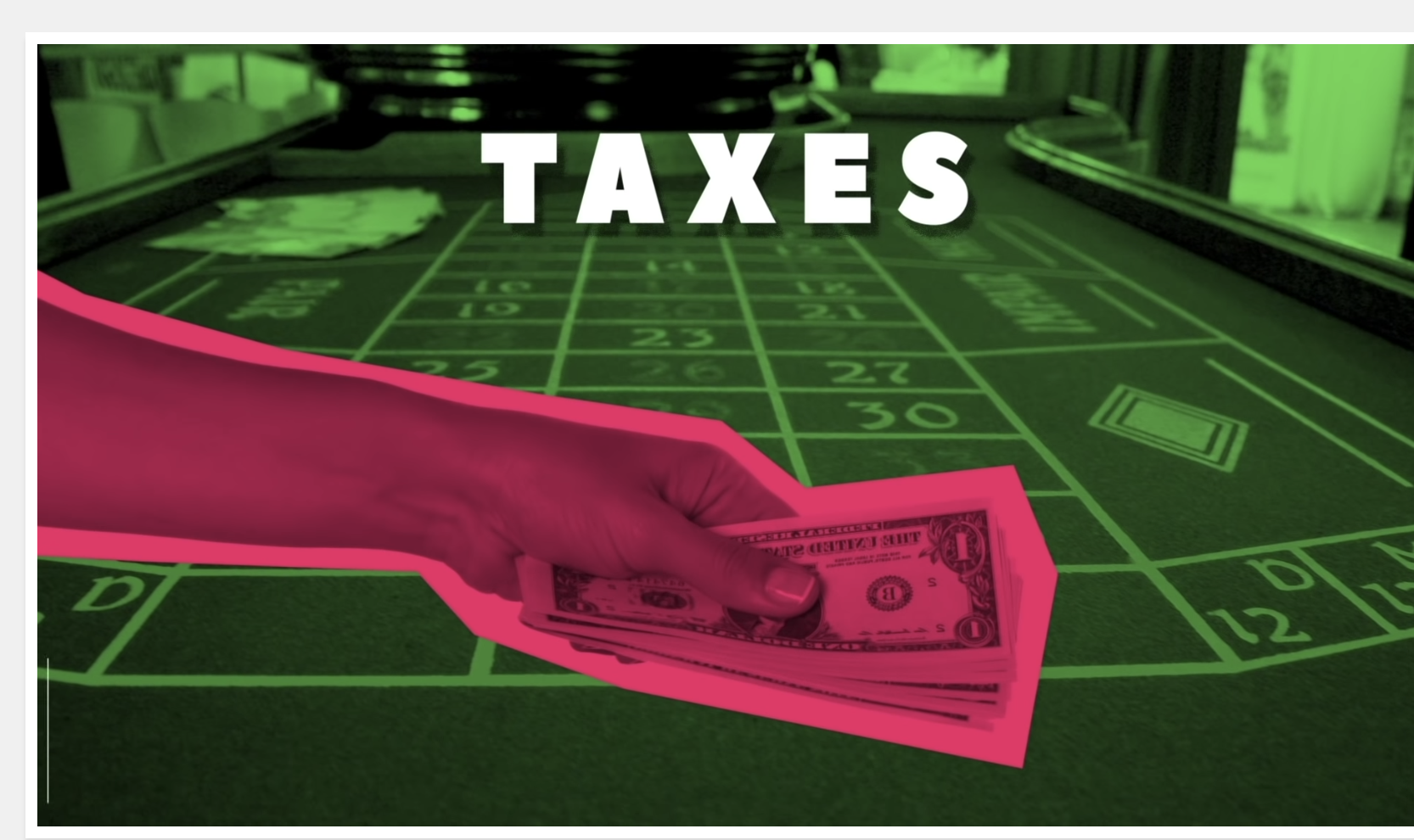 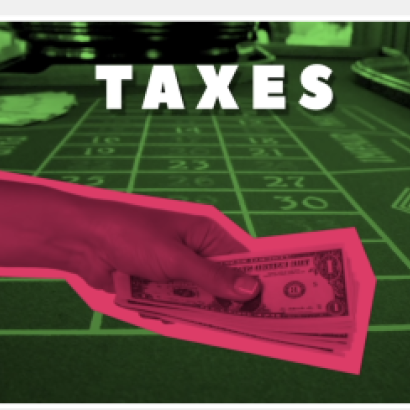 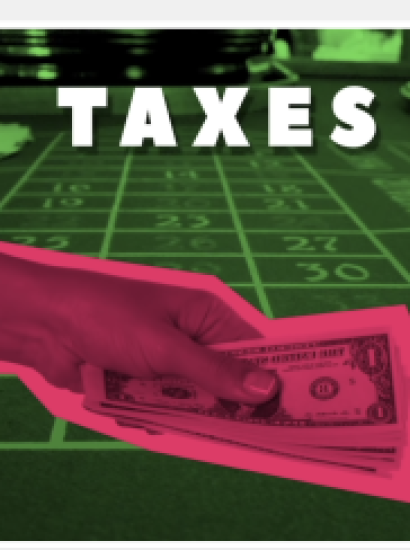 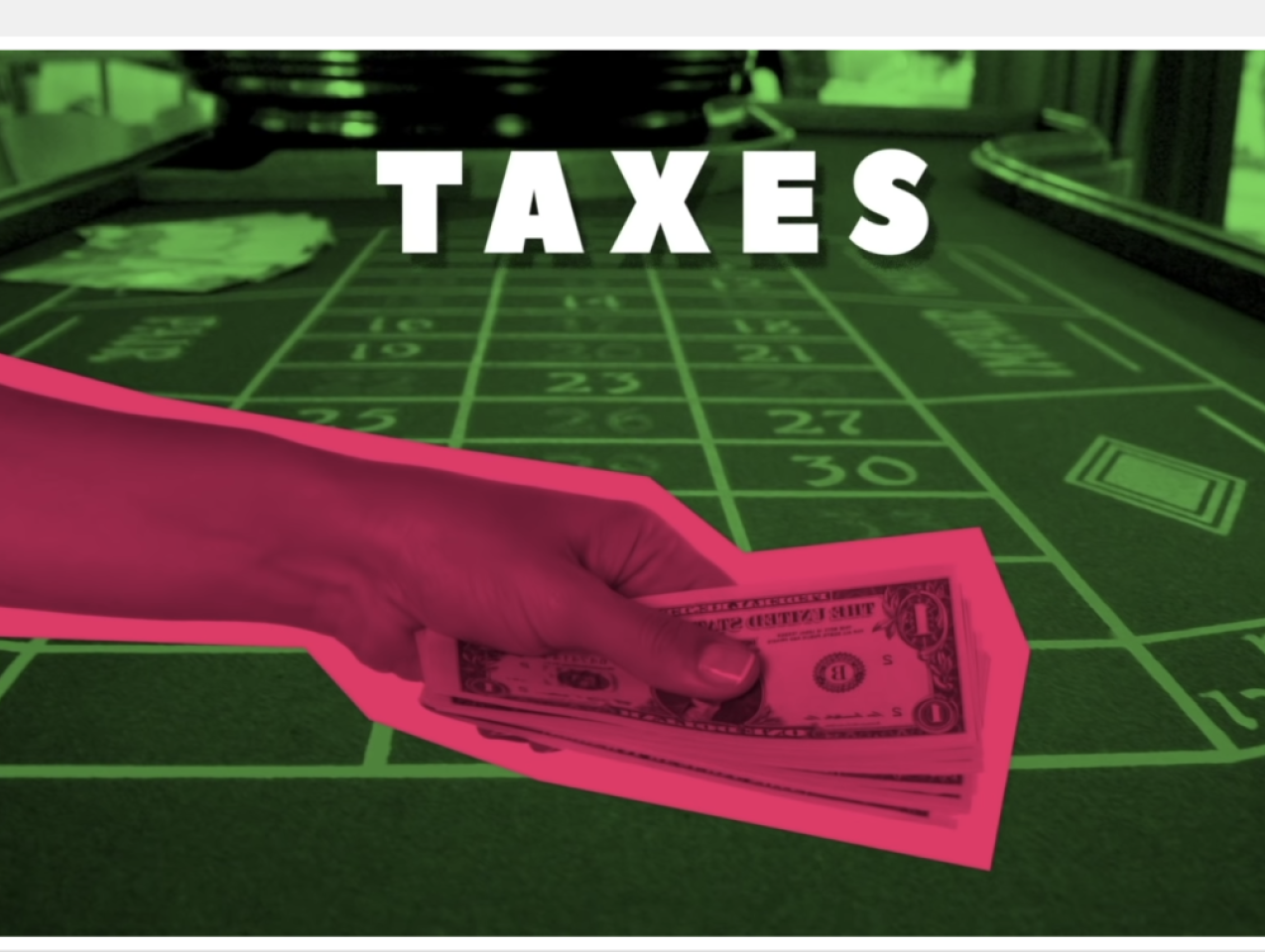 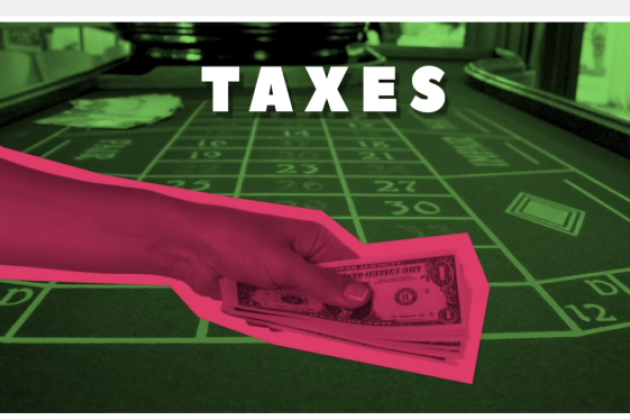 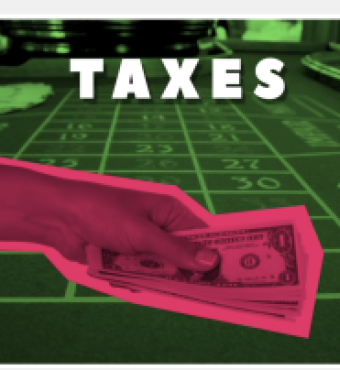 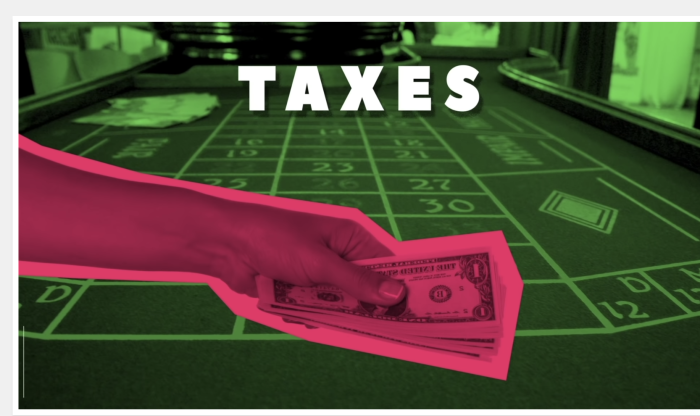 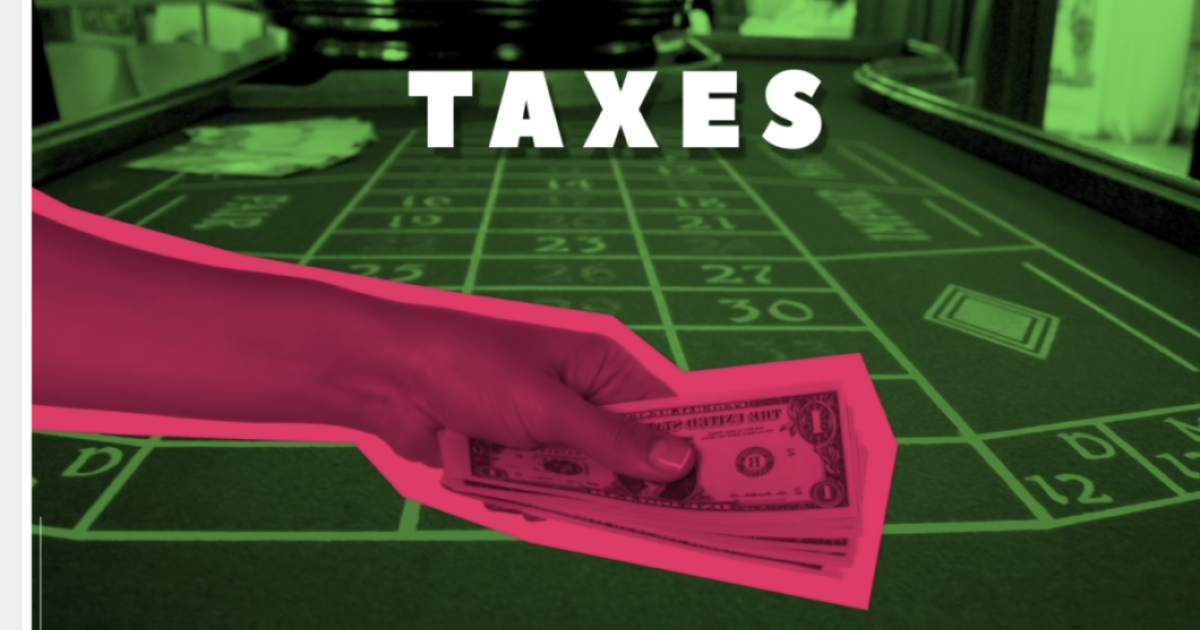 Last week, Furman and Summers, both economists at Harvard, wrote another piece to respond to “[a] number of critics.” The article is titled “Further Thinking on the Costs and Benefits of Deficits.” Unfortunately the only critic they name is Robert Samuelson of the Washington Post and they don’t even quote him extensively.

Fortunately, we can evaluate their response on its own terms. My judgment is mainly negative, with a little positive. The positives are that they do worry a little about deficits; they argue that economists should analyze the economy and not “lean one way or the other to counteract some presumed bias of politicians.” And they have a nice short critique of a new school of thought called Modern Monetary Theory (MMT).

The negatives are many. They claim that tax increases are savings; they assume that tax cuts and government spending increases are necessary to get us out of recessions; they assume that we are in an era of “secular stagnation,” that is, low growth; they claim that failure to increase spending on infrastructure, education, and scientific leadership is more of a burden on the next generations than the national debt is; and they think that extending unemployment benefits during recessions is a clearly good idea. Some of these claims are outright wrong, and the ones that are not clearly wrong are, at best, questionable.

Start with the positives. Furman and Summers argue that we should be careful about having new federal government spending programs or about cutting taxes further. Quite possibly their major goal in writing the piece is to counter the extreme left of the Democratic Party, which wants large increases in an already bloated federal government. If so, good for them. They also argue that economists should stick to analyzing the economy and not exaggerate to offset other exaggerations.

Who could reasonably disagree? But they seem to be attacking a straw man, since they don’t name anyone who advocates exaggeration. They make their claim in the context of responding to Robert Samuelson, seeming to imply that Samuelson is exaggerating. A careful reading of his article, though, shows that he doesn’t. He simply lays out the facts, noting that since 1961, “the annual federal budget has been in deficit 52 times and in surplus only five times.” Samuelson also points out that in 2018, the federal debt held by the public was 78 percent of GDP, which is well above the 35 percent we reached in 2007. Furman and Summers do, though, have a short critique of MMT. (For a more thorough critique of MMT, see Jeffrey Rogers Hummel, “Interpreting Modern Monetary Theory,” Econlib, April 1, 2019. Disclosure: I edited Hummel’s article.)

Those are the main positives in the Furman/Summers piece. Now to the negatives.

Possibly the biggest negative is their concept of budget savings. Most people think that when someone advocates getting savings out of a program, they want to cut spending on the program. But Furman and Sanders refer to tax increases as savings.

They start by writing that annual “Social Security and Medicare hospital insurance [Part A] revenues will fall short of spending by about 1 percent and 0.5 percent of GDP, respectively, over the next 75 years.” They want to “restore solvency,” but not by cutting spending. In fact, they want to increase spending on Social Security. They write, “As part of this solution, Social Security benefits should in fact be raised for the majority of recipients.” They also write that “the savings” should not be used to pay for other programs. But savings from what? They advocate increasing spending, so there are no savings. What’s left are taxes. That’s right. Furman and Summers think that when the government increases taxes for a program, it is getting “savings” from the program.

They elaborate further: “Expanding [Social Security] benefits only works, however, if people are willing to pay more during their working years.” Willing? As the character in The Princess Bride said, I do not think that word means what they think it means. We don’t willingly pay taxes; that’s why they’re called taxes. Furman and Summers want “revenue, and not just from high-income households,” to be “an important part of the solution, as in the plan advanced by Congressman John Larson.”

Even here, they’re a little off, because they don’t mean just revenue; they mean added revenue. The tax increases Larson advocates are stiff. He would gradually phase in an increase in the payroll tax rate from the current 6.2 percent on employers and on employees to 7.4 percent by 2043. That’s a 19-percent increase in the tax that, for all low-income and almost all middle-income people, is the largest federal tax they pay, especially if you include the employer’s portion. Larson’s plan, which, presumably, Furman and Summers advocate some variant of, would also extend the payroll tax to wages above $400,000 annually.

One reason Furman and Summers are so nervous about reducing federal budget deficits is that they want to have high deficits during recessions to help the economy recover. This makes sense only if the only way to get an economy out of recession is with an increased deficit. Implicitly in their minds, therefore, monetary policy is relatively impotent. Yet, as economist Scott Sumner has often pointed out, tight monetary policy before the last recession was too tight and, in fact, helped make the recession deep instead of mild.

Even when the Fed under Ben Bernanke reversed course by printing money, in October 2008 it offset what would have been a large expansion in the money supply by paying interest on reserves held by banks. Banks, looking at a sure risk-free interest rate of 1.0 percent in the fall of 2008, decided not to increase their lending much. This made the recession, and recovery from the recession, worse than otherwise. Although the general public is not yet aware of how important Fed payments of interest on reserves were in throttling the recovery from the last recession, Furman and Summers should know.

Another reason Furman and Summers want higher deficits during the next recession is that they think we are in “an era of secular stagnation.” Summers has been writing about that idea since 2013. He believes that the three percent annual growth of real GDP that we had become used to in the last century will be hard to maintain without a high-deficit fiscal policy. It’s understandable that Summers thinks there is secular stagnation because the growth of real GDP under President Obama averaged a puny 2.2 percent from 2009, after the recession had ended, to 2016. But between the first quarter of 2017 and the first quarter of 2019, real GDP has grown by a healthy 2.9 percent. And that’s at a time when Trump’s increased tariffs have hurt growth. It’s a little soon to tell, but perhaps secular stagnation is not happening after all.

Many people worry that the burden of the debt will fall on the coming generations. But Furman and Summers give a long list of issues that such worriers “should be even more concerned” about.

Their list includes inadequate infrastructure, an education system that’s a failure, and low employment rates. There’s a theme in there, but they miss it. What entity does much of the spending on infrastructure, especially on roads, highways, and airports? Government does. Yet in his 2018 book, Rethinking America’s Highways, infrastructure expert Robert W. Poole Jr. shows how commercial development of highways is leading to better-maintained roads with less traffic congestion. What entity does most of the expenditure on the education that, they admit, “fails most young people?”  Government does. So their solution is more spending on the things that government has failed at.

These are bright guys. I was an economist with Summers at President Reagan’s Council of Economic Advisers (CEA) when our boss was Harvard professor Martin Feldstein, and I saw up close how sharp he is. You would expect that from someone who had two uncles (Paul Samuelson and Kenneth Arrow) who earned Nobel Prizes in economics. I have never met Furman, but he was chairman of the CEA under President Obama. Again, these are accomplished guys. Don’t they ever think it might be better to have less government spending in areas where government has done badly and let people spend their own money? Apparently not.

Consider also their idea, noted above, that we need more spending to deal with low employment rates. Ironically, one reason Furman and Summers want higher deficits during recessions is to “extend unemployment benefits when they are needed most.” But there is a rich literature, to which Summers has contributed, that finds that extending unemployment benefits increases unemployment. As he wrote in “Unemployment,” in The Concise Encyclopedia of Economics, edited by me, “[Kim B.] Clark and I estimated that the existence of unemployment insurance almost doubles the number of unemployment spells lasting more than three months.”

More recently, a 2016 study published by the National Bureau of Economic Research found that the extension of unemployment insurance benefits during and after the Great Recession caused unemployment rates to remain high. In “The Impact of Unemployment Benefit Extensions on Employment: The 2014 Employment Miracle?”, economists Marcus Hagedorn of the University of Oslo, Iourii Manovskii of the University of Pennsylvania, and Kurt Mitman of Stockholm University found that 2.1 million people got jobs in 2014 due to the ending of the extended unemployment benefits. Moreover, 1.1 million of these workers would not have been in the labor market if the benefit extensions had been reauthorized. In short, contrary to Furman and Summers, extensions of unemployment benefits during recessions slow the recovery from recessions.

One unfortunate effect of the current focus on deficits is that it takes off the table a policy of tax cuts along with even bigger cuts in government spending. Tellingly, one reason Furman and Summers don’t want large cuts in government spending is that such cuts would clear the way for tax cuts. They write, “The deficit reduction in the late 1990s was probably excessive, especially in light of the license it gave for unproductive tax cuts.” The deficit reduction in the late 1990s, recall, was almost all on the side of cuts in government spending. They’re right that it did give license for tax cuts, but unfortunately they don't even hint at why these tax cuts were “unproductive.”

The highlights of the 1997 Clinton tax cuts were a cut in the top tax rate on long-term capital gains from 28 to 20 percent; the introduction of the Roth IRA; a drop in the bottom tax rate from 15 to 10 percent; and a $400 tax credit for children under age 17. The first two of these were productive. The drop in the top rate on capital gains encouraged people to sell long-term assets and redeploy their funds in more-productive investments. The Roth IRA encouraged saving, which, of course, leads to a larger capital stock; a larger amount of capital per worker makes workers more productive. Furman and Summers possibly had in mind President George W. Bush’s 2001 tax cut. But this was also productive. Marginal tax rates at all income levels were dropped, with the top tax rate dropping from Clinton’s 39.6 percent to 35 percent and the in-between marginal tax rates falling also. Reducing marginal tax rates encourages people to work more productively.

Those like me who want to increase economic freedom should loudly advocate reducing the deficit by cutting spending by enough to also cut taxes. The goal should be not just a lower deficit but also a smaller, less intrusive, less oppressive government. Furman and Summers will not lead us there.