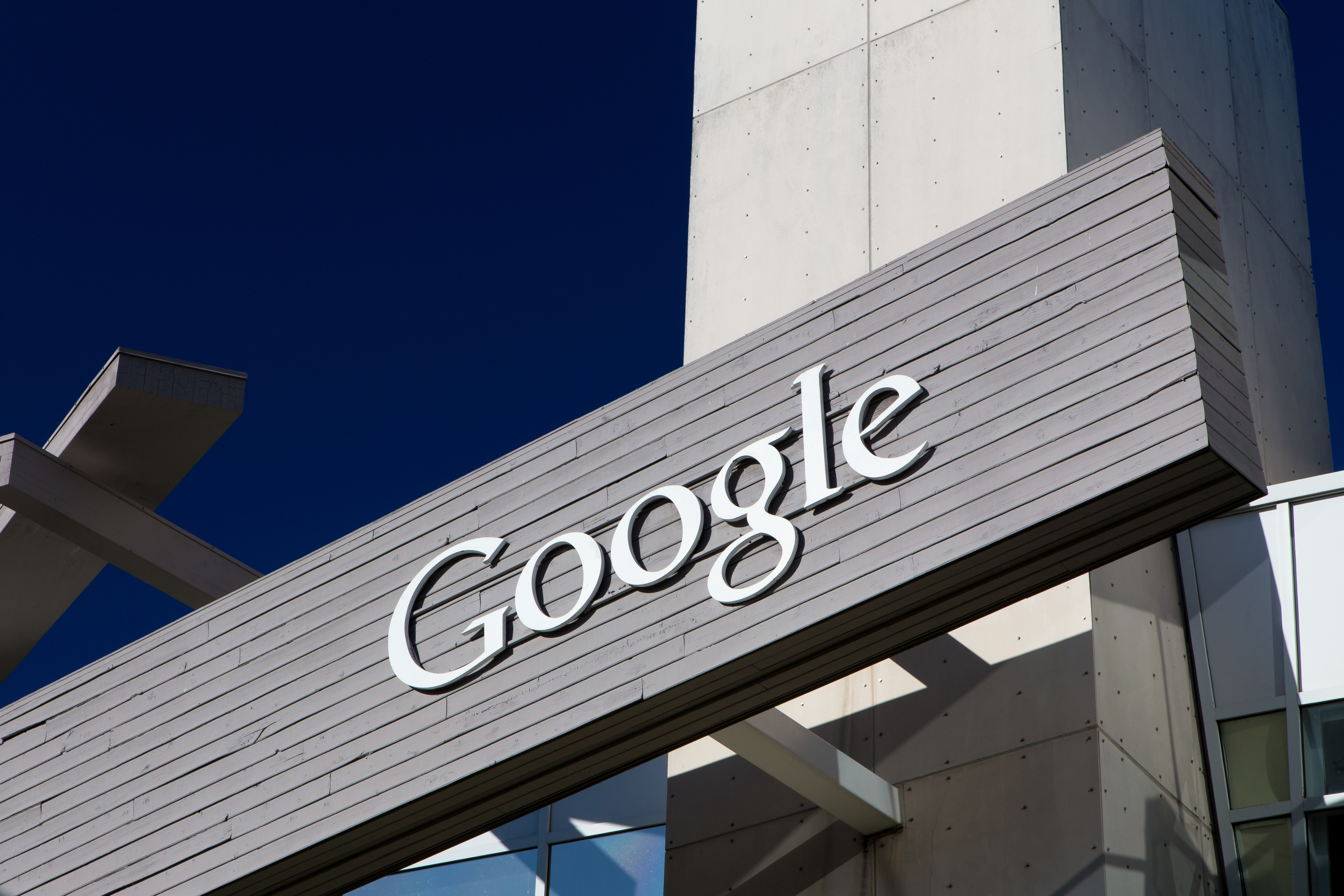 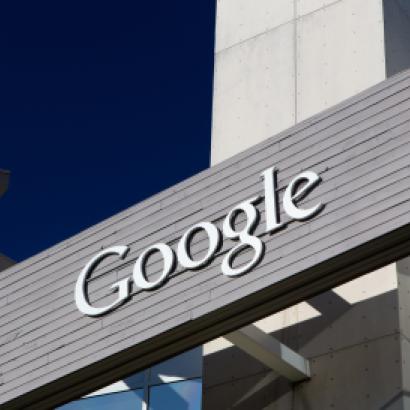 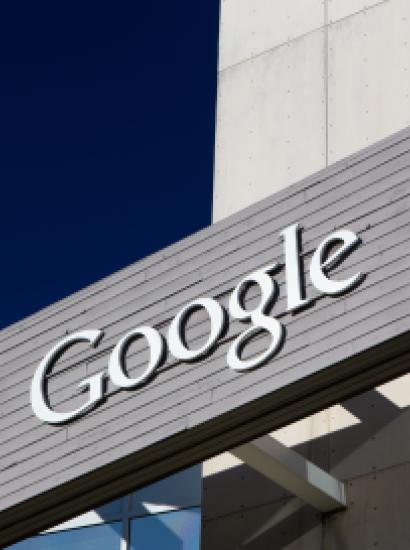 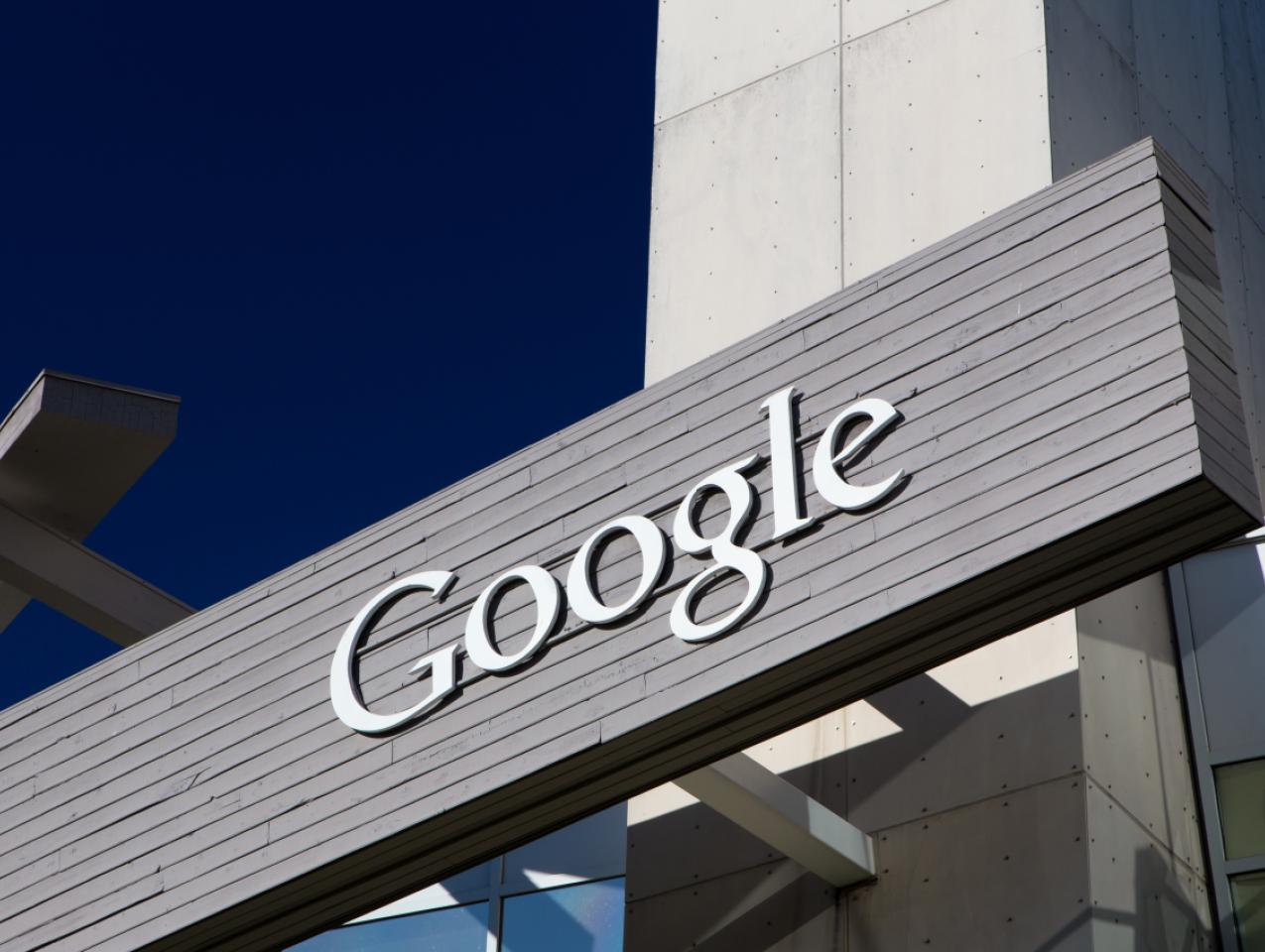 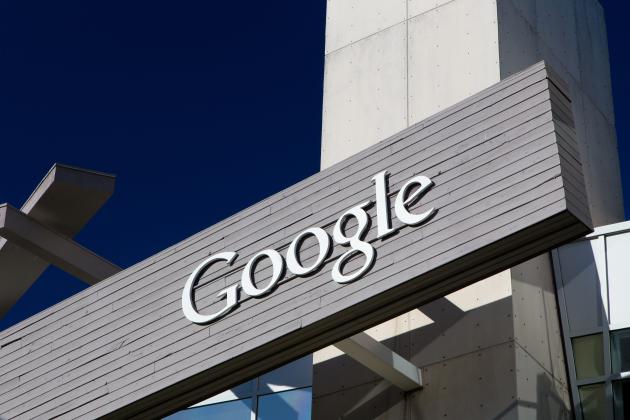 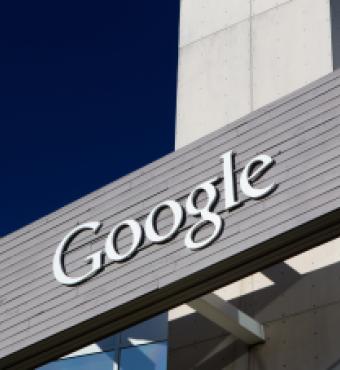 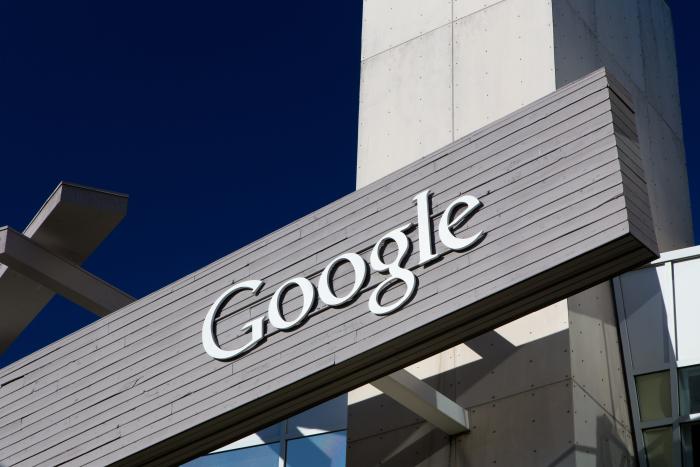 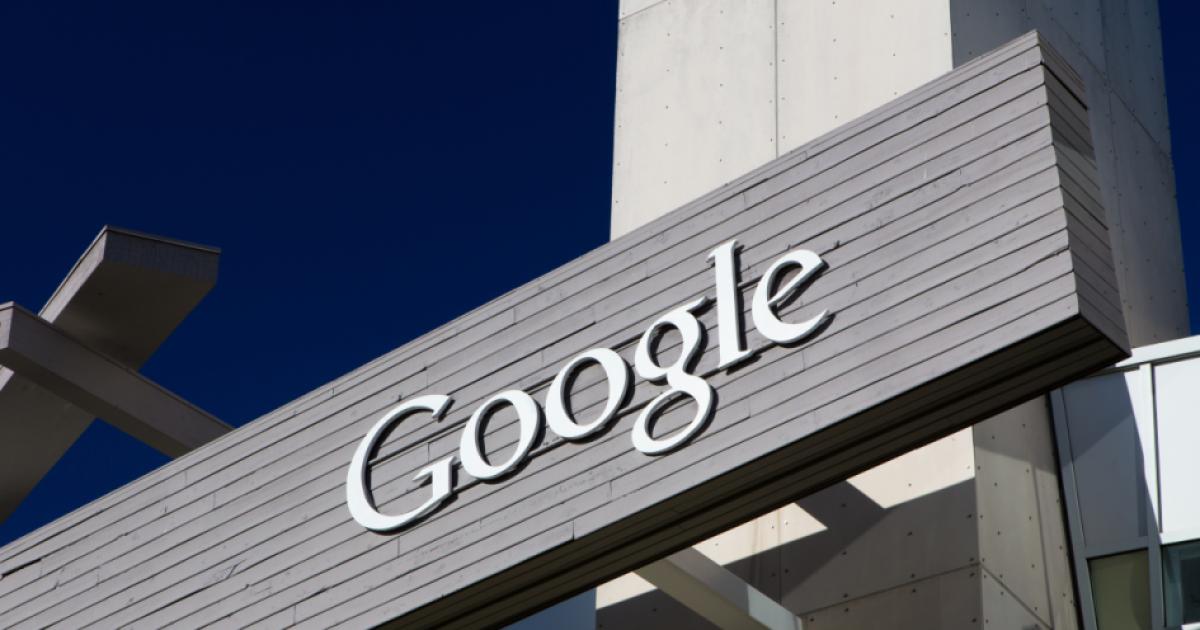 Damore’s critique of diversity and inclusion, which he supports in the abstract, hit the tech industry hard for this very simple reason: firms like Google and Facebook have tech workforces dominated by white and Asian men. As Damore observes, Google has spent millions on programs to recruit and hire more women and non-Asian minorities, with little to show for its efforts. He urges Google: “Stop restricting programs and classes to certain genders and races,” and to “de-moralize diversity.” In his view, this reverse discrimination drives Google’s rigid, ideological conformity, lowers overall production, and undercuts professional morale.

Damore’s memo did not sit well with the Google CEO Sundar Pichai, who quickly fired Damore for “advancing harmful gender stereotypes in our workplace.” According to Pichai, “To suggest a group of our colleagues have traits that make them less biologically suited to that work is offensive and not OK.”

Damore’s memo should come as no surprise. Just three months ago, a smaller flap, reported here in the Wall Street Journal, resulted from accusations of gender bias at Facebook. My article, Gender@Facebook, took a view broadly consistent with Damore’s by pointing to a wealth of evidence that suggested that biological differences could account for the differences in employment patterns. According to a detailed study by psychologists Richard Lynn and Satoshi Kanazawa, “at the ages of 7 and 11 years girls have an IQ advantage of approximately 1 IQ point, but at the age of 16 years this changes in the same boys and girls to an IQ advantage of 1.8 IQ points for boys.” More specifically, they present numbers that for general IQ show a mean of 101.461 for boys with a standard deviation of 15.235, and a mean of 99.681 for girls with a standard deviation 14.085.

There are two different ways to view this kind of evidence. Pichai dismissed the idea of group-wide differences in ability as an improper gender stereotype. But on this point, Damore surely has the better of the argument. As he noted at the outset of his memo, “When addressing the gap in representation in the population, we need to look at population level differences in distributions.” Hence it is necessary to draw, as he did, two bell-shaped curves that correspond to population-level data. The result for mathematical and spatial abilities among men and women will show two overlapping curves with different medians and (a point that Damore does not discuss) different variances as well. For the high-stress demands of tech engineers, the relevant portion of both distributions is the upper (or right) tail. Properly assembled, the data shows how any given person stands against the pool. That upper tail for tech work will be, on the available data, dominated by men. These findings lend support to a biological explanation for some of the observed differences in success rates. It should not be assumed, of course, that only these differences matter, as other factors influence productivity and success. 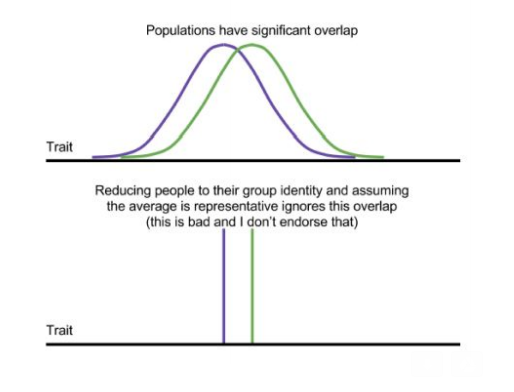 Indeed, recent data show that in all graduate programs women outnumber men by more than a 4-3 ratio, but that field differences matter. Thus men get about 75 percent of the advanced degrees in Engineering, Mathematics and Computer Sciences, while women get slightly more than half the degrees in biological and agricultural sciences. No simple theory of discrimination can begin to account for this data. It is largely student selection that tends to drive the outcomes. But these raw numbers in quantitative areas matter far more for the tech jobs in Google than for work in management and sales. The observed distributions thus help explain the gender imbalance in tech jobs.

At this juncture, it is critical to stress that no accurate statistical distribution should ever be dismissed or deprecated as a stereotype. But the label stereotype would properly attach to a proposition that said that every man is better than every woman at tech jobs. As Damore neatly illustrates in the bottom of his two graphs, the graphical representation of that false proposition collapses the underlying distribution of tech skills into two vertical lines, one at the median for male workers and the other for females. Huge amounts of information are necessarily lost when a two-dimensional space (mean and variance) is reduced to a single dimension (mean).

The difference between these two graphical representations highlights a deep ambiguity in the claim, “men are better at tech than women.” If it were taken to mean that all men are better than all women, it is an absurd and unforgivable stereotype. But, correctly construed in relation to the full distribution, that proposition means that it is possible to put together a one-to-one correspondence by which, perhaps with rare exceptions, the top male will have higher scores than the top female, and so on down the line. So understood, there is an enormous overlap between the two distributions, with the result that the women in the upper tail on the female distribution are superior to the many men who lie to their left.

This statistical formulation shows that the observed gender ratios at Google and Facebook need not be a matter of discrimination, although that lopsided ratio, standing alone, cannot exclude the possibility that some such discrimination takes place. By the same token, if the number of female workers holding these tech jobs were to far exceed the number predicted by accurate statistical information, it would likely indicate some institutional discrimination in favor of women candidates (barring alternative explanations). That is surely the case at both Google and Facebook with their strenuous and explicit efforts to increase female representation in the tech ranks. Indeed, if management at both companies thought that there were no differences in tech abilities in the male and female applicant pools, they would not bother with extensive—and, apparently, still unsuccessful—efforts to increase the fraction of women in their tech workforce.

At this point, it becomes possible to explain the cultural breakdown inside Google. If Google used the same rough hiring standards for its male and female applicants, the differences in performance should be of less importance. But once it is known to all that a diversity program draws its workers from two different pools, the social dynamic changes. Now, the male employees (and the female employees whose hiring precedes these efforts) do not know which new female hires made it into the job on a gender-neutral basis and which did not. The point matters in an industry where merit determines personal advancement, because no strong worker of either sex wants to be caught with weaker coworkers on a joint project. It is easy to see, even if impossible to justify, the backbiting and disrespect towards female employees whose overall contribution to the project is believed by male workers to be lower than their own. And so it is the very existence of the supposed diversity program that generates many of the social tensions that are reported by other male and female employees alike.

The situation gets only worse when the issue is examined in dynamic terms. As economists Edward Lazear and Sherwin Rosen wrote years ago, job promotion resembles a tournament format like those used in chess and tennis. With each successive round, the weaker players are weeded out until only the stronger ones remain. Any initial gaps between the men and women in tech jobs therefore will only increase with each successive round. The explanation is mathematical. In oversimplified style, imagine that the men are evenly distributed from 10 to 20 and the women from 5 to 15. When the first cut is complete, the surviving men will rank between 20 and 15 and the surviving women between 15 and 10, so that the overlap disappears. The gaps only increase thereafter with each successive cut.

This underlying trend is a problem for Google and Facebook with their sensitivities to gender imbalances. But how best to respond? Unfortunately, there is no simple solution. One possibility is to use somewhat different promotional standards. Another is to promote women into roles where the technical skills matter less. Yet another is to invest more resources, as Google and Facebook have done, to narrow the gap. Unfortunately, the one strategy that will not work in the long run is to heap verbal abuse against foolhardy dissidents like James Damore who failed to grasp the ironic power of the old maxim, “the greater the truth, the greater the libel.” Damore’s memo provoked such a hostile response because it rang true.