Following the recent appearances of retired Lieutenant General Michael Flynn at the Republican National Convention in Cleveland and retired General John Allen at the Democratic National Convention in Philadelphia, retired General Martin Dempsey, former Chairman of the Joint Chiefs of Staff, admonished retired senior leaders not to endorse political candidates. “As generals, they have an obligation to uphold our apolitical traditions,” Dempsey wrote. Through the broad sweep of American history, however, the “apolitical traditions” of the military are hardly clear-cut. 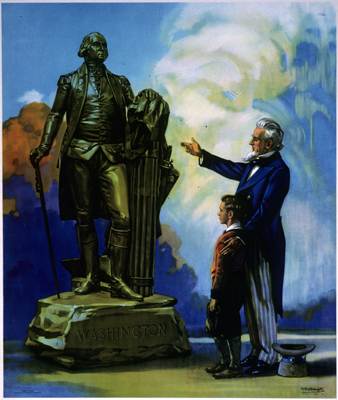 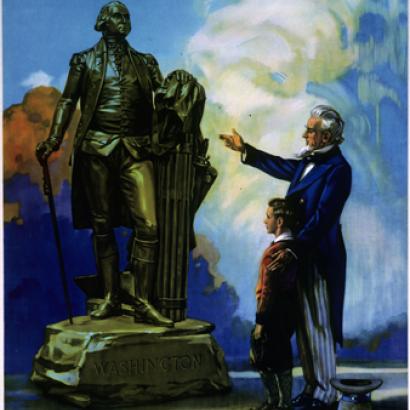 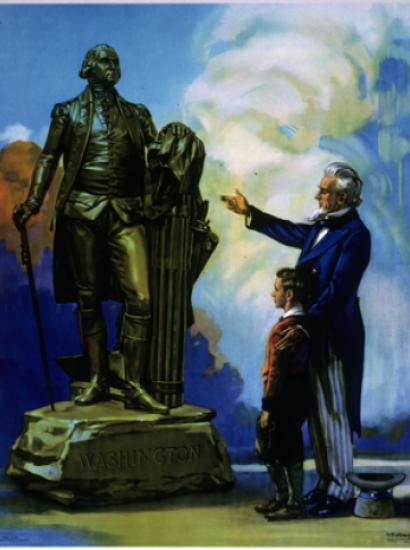 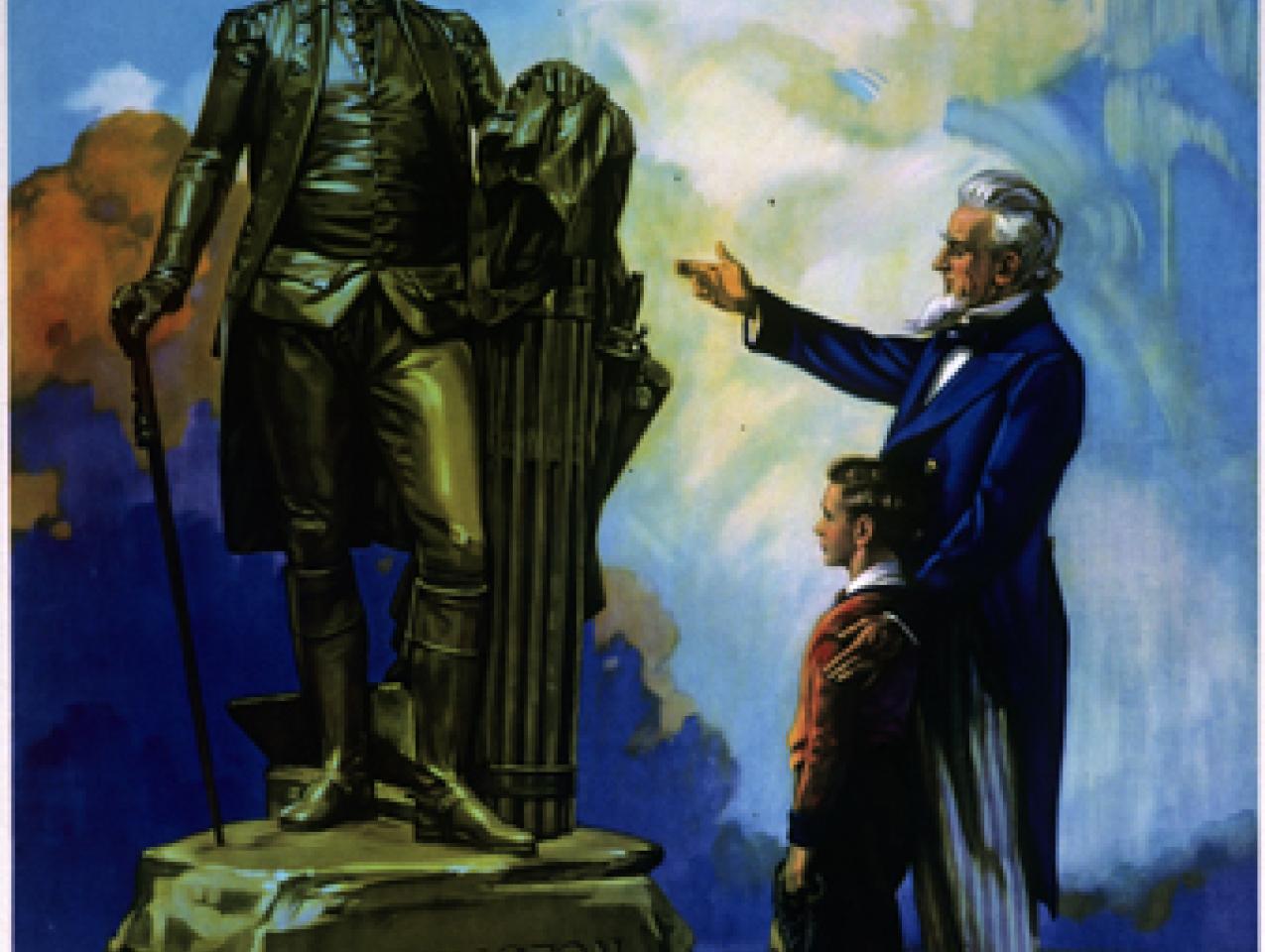 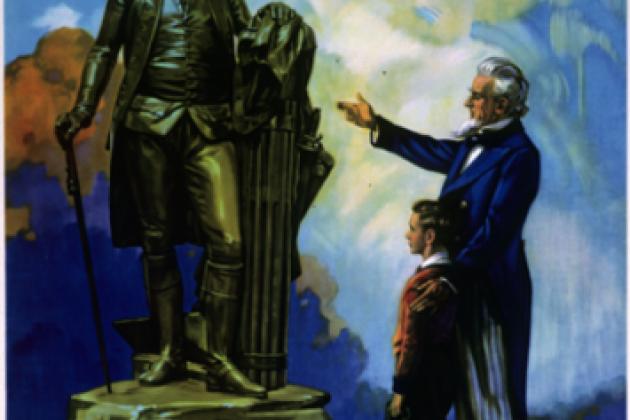 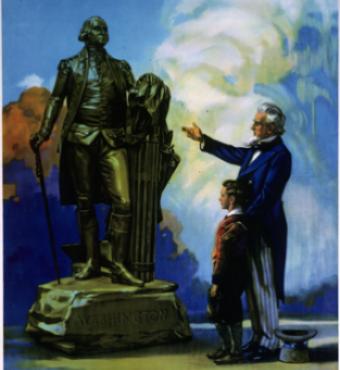 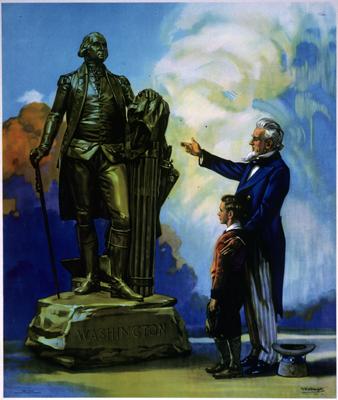 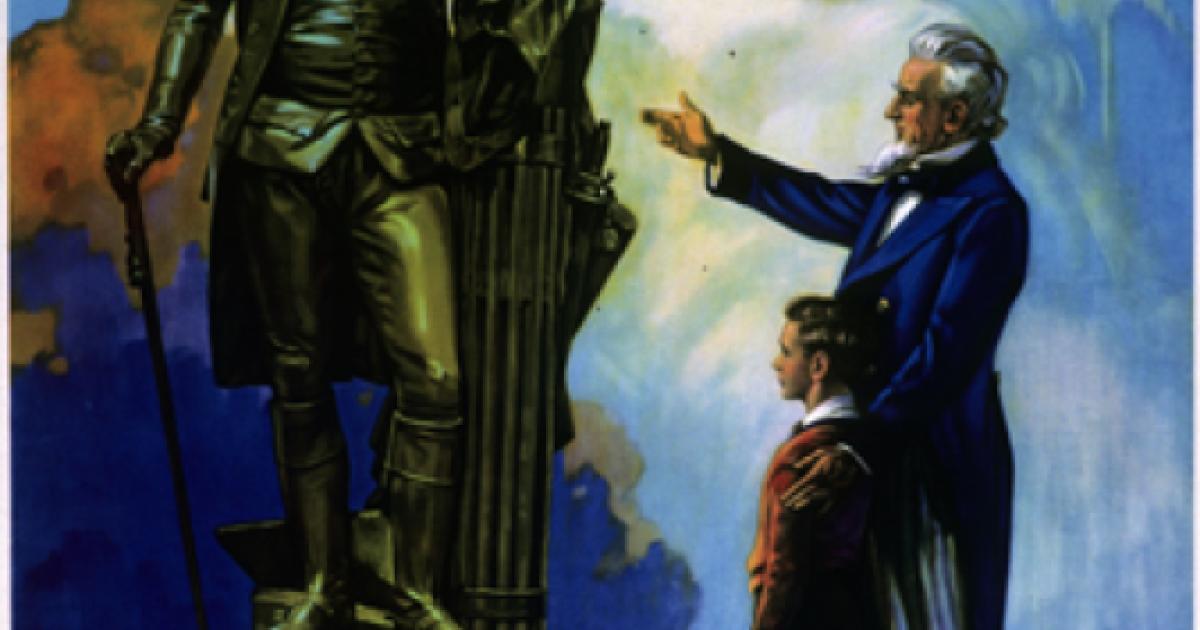 Following the recent appearances of retired Lieutenant General Michael Flynn at the Republican National Convention in Cleveland and retired General John Allen at the Democratic National Convention in Philadelphia, retired General Martin Dempsey, former Chairman of the Joint Chiefs of Staff, admonished retired senior leaders not to endorse political candidates. “As generals, they have an obligation to uphold our apolitical traditions,” Dempsey wrote. Through the broad sweep of American history, however, the “apolitical traditions” of the military are hardly clear-cut.

In March 1783 as the Revolutionary War was reaching its end, a faction of Continental Army officers threatened to march on Philadelphia in a dispute over back pay and pensions. General George Washington quashed the potential coup d’état through an emotional appeal to a gathering of officers at Newburgh, New York. Washington counseled the men to respect the authority of Congress rather than resorting to force and thereby setting a precedent that could destroy the liberties they had just fought so hard to secure. With the collapse of the conspiracy, the newborn tradition of the subordination of the American military to civilian authorities was upheld.

In the following decades the military as an institution remained apolitical, but the generals who commanded its forces certainly did not. Major General Winfield Scott, hero of the War of 1812, attempted to secure the nomination of the Whig Party for president in 1840, but was passed over in favor of William Henry Harrison. A dozen years later Scott, now a hero of the recently concluded Mexican-American War, tried again and secured the nomination—while still serving in uniform. He was soundly defeated in the election by Democrat Franklin Pierce.

Civil War armies in both blue and gray were filled with political generals, many of them wearing stars in order to secure the loyalty of their constituencies. Major General George B. McClellan, the general-in-chief of the Union armies from December 1, 1861, to November 5, 1862, ran against Abraham Lincoln, his former commander-in-chief, in the 1864 presidential election. As had Winfield Scott, McClellan campaigned while still on the rolls serving as an active duty general officer. Only after being soundly defeated by President Abraham Lincoln did McClellan finally resign his commission. Lieutenant General Ulysses S. Grant ran for office in 1868 while serving as the Army’s commanding general; he became a two-term president.

The 20th century also witnessed its share of generals vying for the political spotlight. General of the Army Douglas MacArthur, hero of the Southwest Pacific campaign in World War II and Supreme Commander of the Allied Powers in Japan, made no secret of his desire to secure the Republican nomination for president in 1948. He made no headway in the primaries, however, garnering only 11 delegates. The nomination went to Governor Thomas Dewey of New York.

Another war hero, General of the Army Dwight D. Eisenhower, was still in uniform when he was drafted to run for president as a Republican in 1952, but he retired before accepting the nomination. Ike went on to become a popular two-term president.

Several other general and flag officers have run for president or vice-president since then, but they have all done so as retirees: General Curtis Lemay (vice presidential candidate with Governor George Wallace of Alabama) in 1968, General Alexander Haig (candidate for the Republican nomination) in 1988, Vice Admiral James Stockdale (vice presidential candidate with Ross Perot) in 1992, and General Wesley Clark (candidate for the Democratic nomination) in 2004.

With this long list of senior military leaders competing in the political arena, does the military actually have a tradition of being “apolitical?” If it does, it can be traced back to several prominent military figures, among them General George Washington, General of the Army General William T. Sherman, hero of the Civil War and originator of the “Shermanesque” statement categorically declining consideration for public office, and General George C. Marshall, Chief of Staff of the U.S. Army during World War II. Marshall refused to even vote for fear of compromising his “professional independence and judgment.” Civil war officers and soldiers, on the other hand, voted in droves, and were one of the mainstays behind Lincoln’s reelection to office in 1864.

Military leaders in uniform must uphold the standards of professionalism, which includes nonpartisan support for civilian authorities, but they do not have to remain silent once they don mufti. In a 1962 lecture entitled “The Bill of Rights and the Military,” Supreme Court Chief Justice Earl Warren stated that “our citizens in uniform may not be stripped of basic rights simply because they have doffed their civilian clothes.”1 If this is so, then the reverse is also true: retirees retain their basic constitutional rights, among them freedom of speech and assembly. The appearance of retired senior military leaders at political conventions may be a new phenomenon, but it is certainly not out of step with the conduct of other senior military leaders at other times in our nation’s history.