Give Gig Workers A Real Break

Federal effort to reclassify workers as employees takes no account of the workers’ wishes. 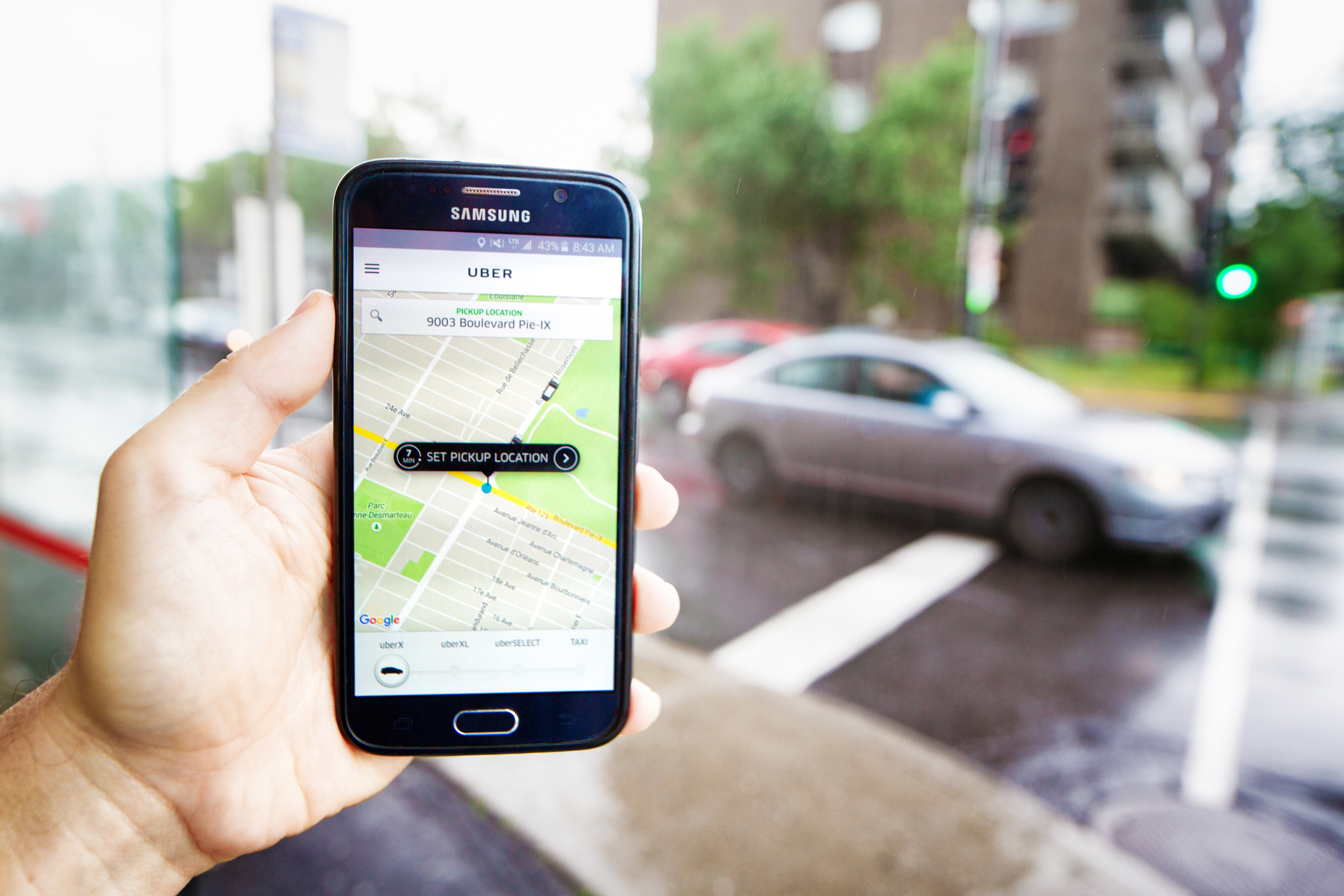 Give Gig Workers A Real Break 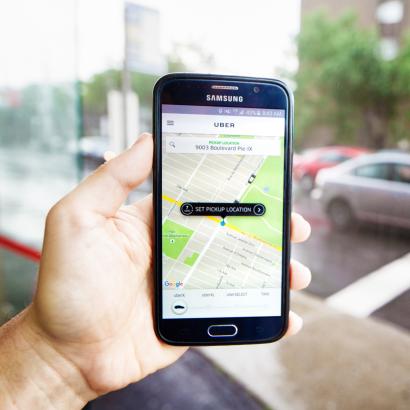 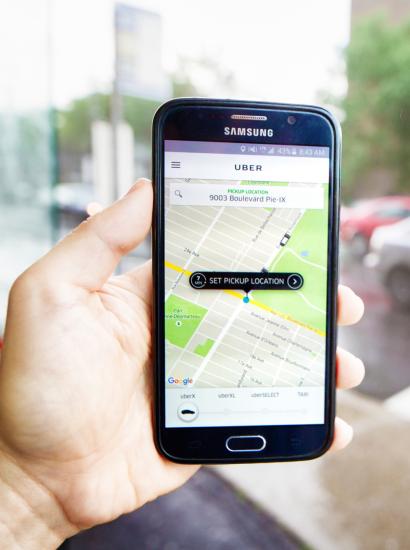 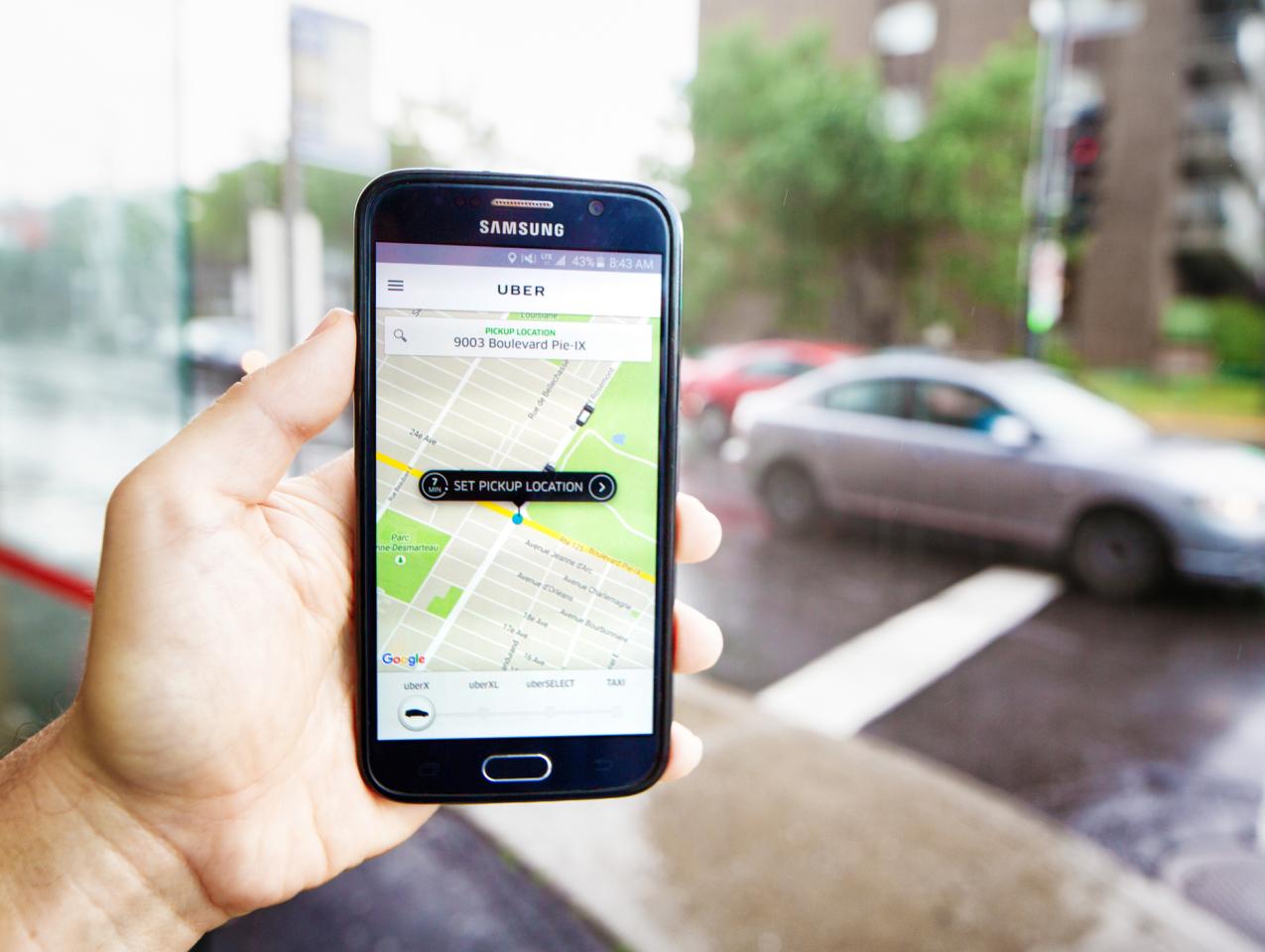 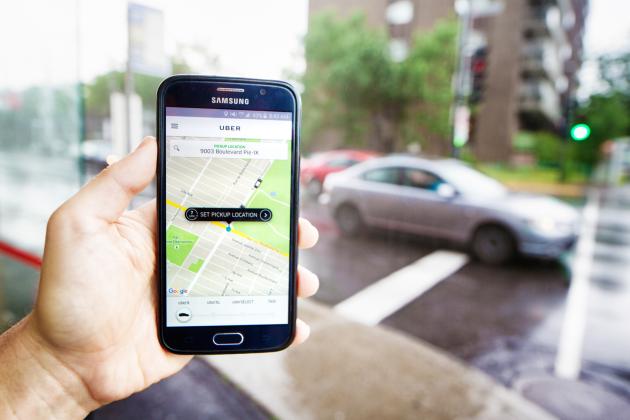 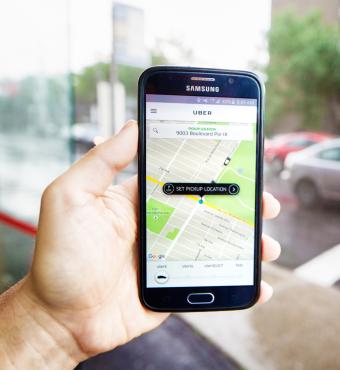 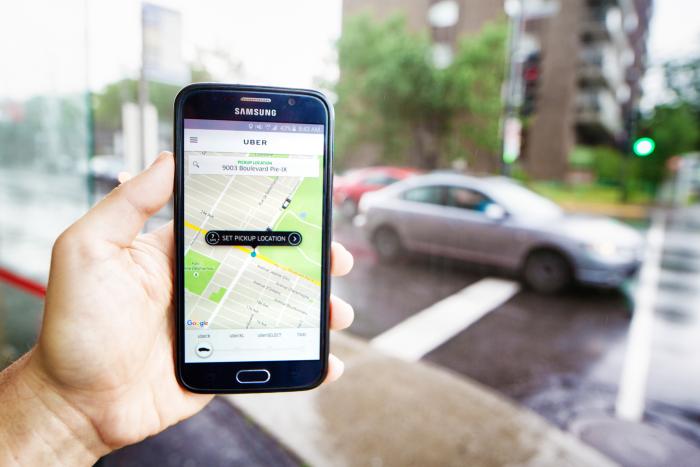 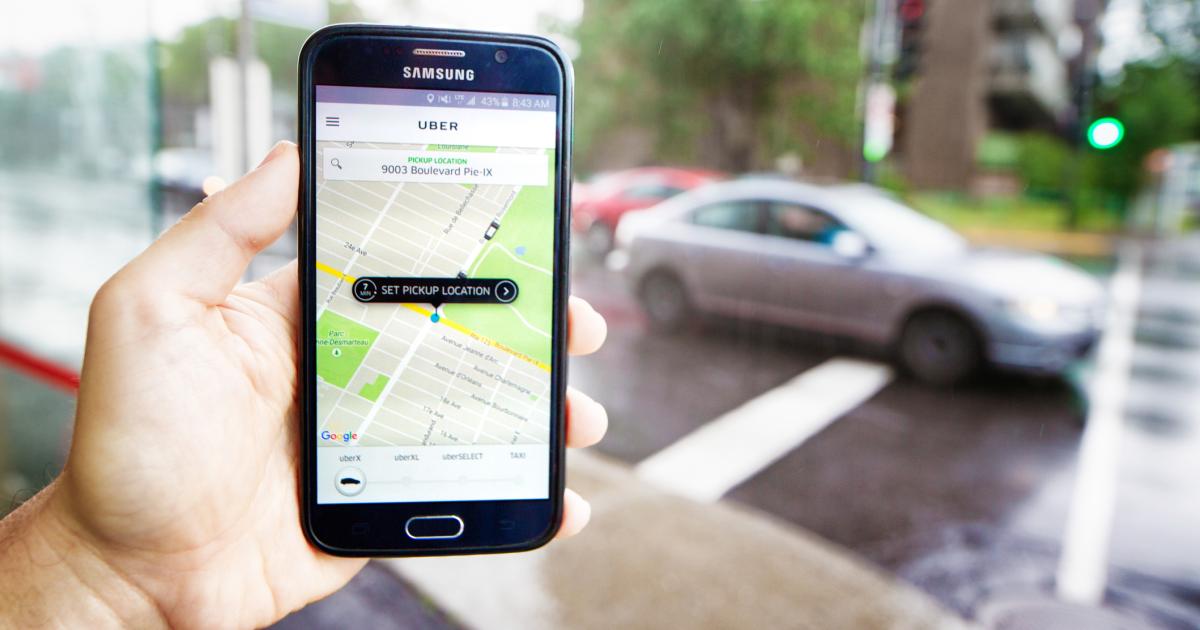 “Gig workers get a break from Biden Labor Department.” That’s the title of an October 11 article by Emily Peck of Axios Markets. What break is Peck referring to? The Biden administration’s Labor Department proposed a regulation to get many “gig workers” classified as employees. Peck refers to this as a “pro-labor turn.”

Interestingly, Peck doesn’t explain why having the government classify gig workers as employees without taking account of gig workers’ wishes is good for those workers. Peck takes as given that they would want to be employees. But is that true? When economists observe people doing activity X when activity Y is an option, we tend to conclude that those people prefer X to Y. So if we observe millions of people choosing what’s variously called “gig work” or “independent contracting,” and there are millions of jobs available for those who want to be employees, the odds are high that those millions of gig workers want what they chose. Therefore, to argue for not allowing them to engage in gig work (the term I’ll use from now on), you need to show that they, by their own standards, would be better off as employees. That case has yet to be made.

Moreover, surveys of gig workers tend to find that a large majority favors having the flexibility that gig work gives them over the relative lack of flexibility they would have as employees. That could change, of course, if employers and employees were to have more flexibility about issues like overtime, but don’t expect the federal government or state governments to suddenly go all laissez-faire about employer/employee relationships: heavy regulation of those relationships is almost a century old. Gig work is a nice safety valve for the millions of workers who want their independence. Moreover, contrary to the stereotype of gig workers, a large percentage of them have health insurance and retirement plans.

The Facts about Gig Work

First, let’s quickly consider the facts about gig work. According to MBO Partners, in 2019, before the COVID-19 pandemic, approximately 40 million workers were independent contractors. To put that in perspective, the labor force, including both employed and unemployed people, was about 164 million.

Moreover, according to MBO Partners, that number of independent contractors shot up during the COVID lockdowns of 2021, to 51.1 million. The reason is probably obvious: people who couldn’t legally work alongside other workers, due to COVID-induced state government restrictions on workplaces, or who didn’t feel safe working alongside others, could still earn money by working as contractors. In 2021, according to MBO Partners, a little over 15 million American residents were full-time independent workers; they apply the full-time label to those who work more than an average of fifteen hours per week.

In 2019, Gavin Newsom, governor of California, signed AB5, a law that made it harder for businesses operating within California to classify certain workers as independent contractors. Specifically, AB5 imposed the so-called ABC test to determine whether a worker is an employee or an independent contractor. Here’s how California’s state government describes that test:

“Under the ABC test, a worker is considered an employee and not an independent contractor, unless the hiring entity satisfies all three of the following conditions:

If you think about it a minute, you can see that the middle one of these three conditions (presumably B of the ABC test) is a problem. If a company wants a contractor to do work that’s similar to the work the company does itself, then the company is breaking the law by hiring a contractor.

As might be expected, a lot of litigation ensued. The California Trucking Association, for example, along with two independent owner-operators of trucks, sued to prevent enforcement. A federal judge granted an injunction on December 31, 2019, but in early September 2022, the same judge lifted the injunction.

Now the Biden administration is proposing a rule similar to California’s AB5. As its lengthy proposal in the Federal Register notes, Biden’s Labor Department considered and rejected adopting a regulation like AB5. In its proposed rule, the Labor Department states:

In any event, the Department believes it is legally constrained from adopting an ABC test because the Supreme Court has held that the economic reality test is the applicable standard for determining workers’ classification under the FLSA [Fair Labor Standards Act] as an employee or independent contractor. Moreover, the Supreme Court has stated that the existence of employment relationships under the FLSA “does not depend on such isolated factors” as the three independently determinative factors in the ABC test, “but rather upon the circumstances of the whole activity.”

Nevertheless, the proposed rule is more restrictive than current regulations and would turn many independent contractors into employees. That, of course, assumes that those contractors would be willing to be employees and that employers would want them as employees. We can’t assume that either is true; it would depend on the specific circumstances of both sides.

The Labor Department proposes six “economic reality” tests as a basis for deciding whether someone is an independent contractor or an employee: (1) “opportunity for profit or loss depending on managerial skill”; (2) “investments by the worker and the employer”; (3) “degree of permanence of the work relationship”; (4) “nature and degree of control”; (5) “extent to which the work performed is an integral part of the employer’s business”; and (6) “skill and initiative.”

The idea with (1) is that the greater the opportunity for profit or loss and the greater the managerial skill required, the more likely is it that the person is an independent contractor. With (2), the idea is that the greater the worker’s investment, the more likely he or she is an independent contractor. Interestingly on (2), the Labor Department states that buying one’s own tools is not “evidence of capital or entrepreneurial investment.” Hmmm. Tools are definitely a capital investment by any reasonable standard. Here the Biden Labor Department’s bias in favor of declaring an employment relationship is clearly on display. It’s on display in another way also. Notice the wording of (2) and also of (5). Both implicitly assume that the entity engaging a potential contractor is an employer and that the potential contractor is an employee. But isn’t that what’s supposed to be determined?

On (3), the Labor Department proposes that if the “work relationship is indefinite or continuous,” that argues in favor of the person being an employee. The department doesn’t bother to say why.

Test (5) is also interesting. It resembles the “B” part of California’s ABC test. It’s also incoherent. If the work is not integral to the employer’s business (oops—they’ve even caused me to assume that the entity wishing to engage a contractor is an employer), then why the heck does it want to engage a contractor? When a contractor delivers food to a restaurant, you can be pretty sure that that food delivery is integral to the enterprise. But how exactly would that make the food deliverer an employee? And if, by some chance, the Labor Department would exempt food deliverers from being employees, how would it justify that?

Do contractors want to be contractors? We can stick with my “armchair analysis” in the second paragraph of this article: if people choose X over Y, they prefer X to Y. But we can go further. We can look at certain other behaviors of gig workers and at polling data. Both suggest that many gig workers really want to be gig workers.

Consider, for example, what happened in July after the Supreme Court refused to consider the trucking case. Hundreds of truckers protested and even temporarily closed the port in Oakland, California. I don’t approve of their preventing other people from using the port, but this is strong evidence that at least hundreds of truckers, and probably many more, want to remain independent.

Polling data also back the idea that most gig workers want to be gig workers. In “Independent Work,” Ilana Blumsack and Scott Lincicome cite a finding that about 90 percent of survey respondents “were happier in independent work than in traditional jobs.” Only 11 percent wanted to find full-time traditional employment.

What is behind the push to make gig workers into employees? For some, such as Lorena Gonzalez, who sponsored AB5 in California’s legislature, it was likely a move to get more people into labor unions. Before being in California’s State Assembly, Gonzalez was a high-level official in the AFL-CIO.

For others who want to reduce gig work, it may be that they think gig workers are too at risk and need to have health insurance and retirement plans. Interestingly, though, a large majority of gig workers do have health insurance and retirement plans. In “An Empirical Snapshot of the Gig Economy,” Regulation, Fall 2021, Ike Brannon and Samuel Wolf reported that 92 percent of the more than 1,000 gig workers they surveyed had health insurance coverage. Forty-one percent had it through an employer (which means that the gig work was what is now called a “side hustle”), 18 percent got it through a spouse, 21 percent were enrolled in Medicare or Medicaid, and 8 percent bought it on an ObamaCare exchange. (These add up to 88 percent rather than 92 percent, and I’m not sure why there’s a discrepancy. In any case, it’s close.) Two-thirds of those surveyed had a retirement account.

Yet another possible reason some people support restrictions on gig work is that they have fallen for the free-lunch fallacy. They may believe that gig workers can get various benefits of employment without giving anything up. The Labor Department proposal hints at that, stating:

“Could be reduced?” No, it would be reduced. Becoming an employee doesn’t automatically make someone more productive, and is extremely unlikely to increase the average previous full-time gig worker’s annual productivity by $15,000. Who is best situated to make that tradeoff? A government official who claims to consider the “totality of circumstances” and will bear zero cost from a bad decision, or a gig worker who actually considers the totality of relevant circumstances because his or standard of living is at stake? I’m going with the worker. Let’s give workers a break.

(Disclosure: I was a paid consultant to a group pushing for a modification of AB5 in a 2020 California initiative. I didn’t make a lot of money because I charged by the hour and I was too damn efficient.)