Global Warming: How Not To Respond

Think first of marginal adjustments before resorting to massive changes. 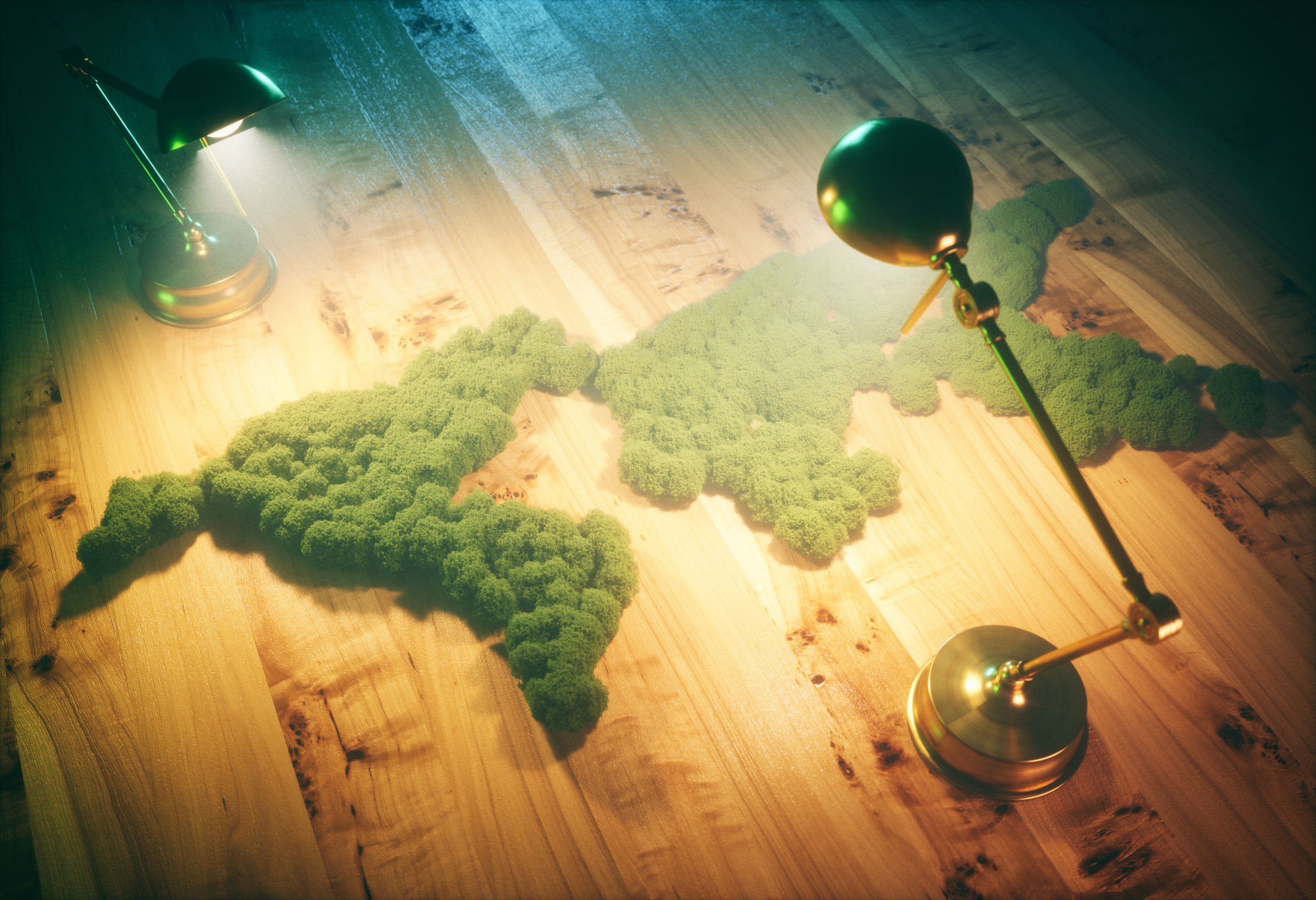 Global Warming: How Not To Respond 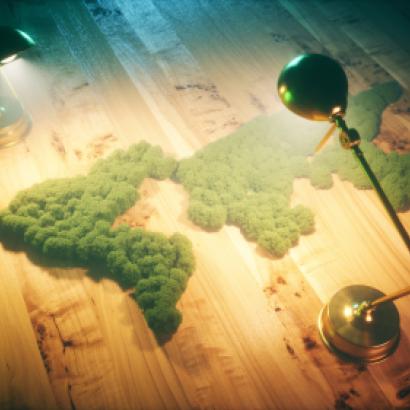 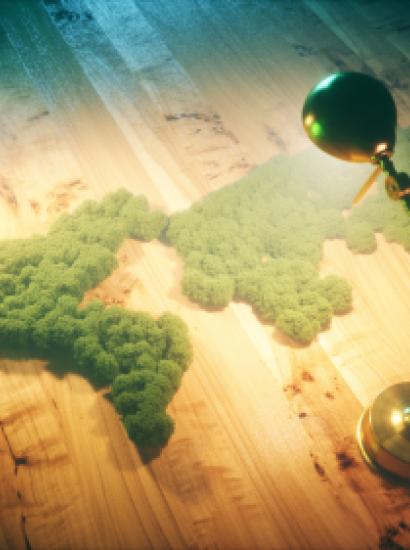 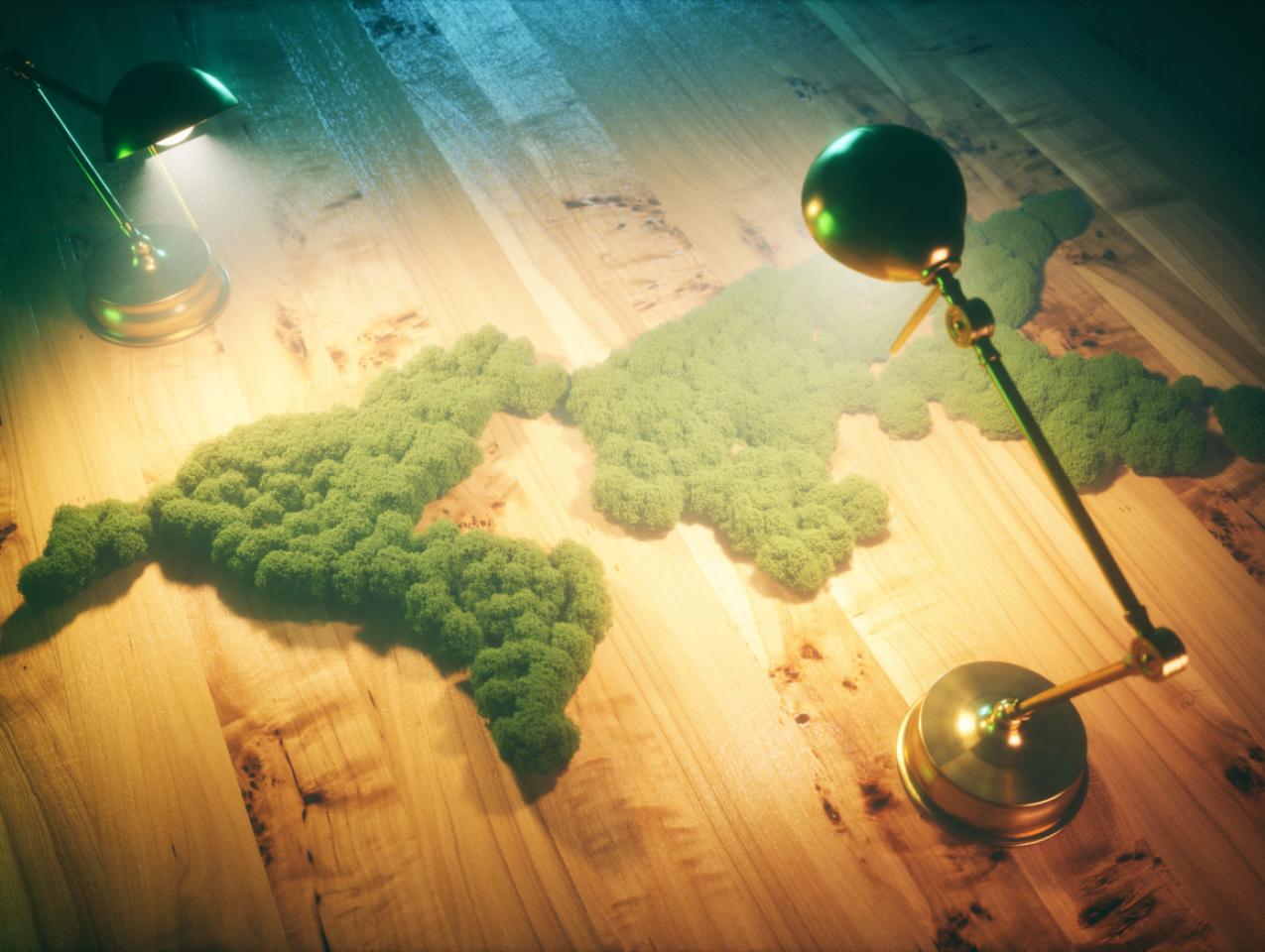 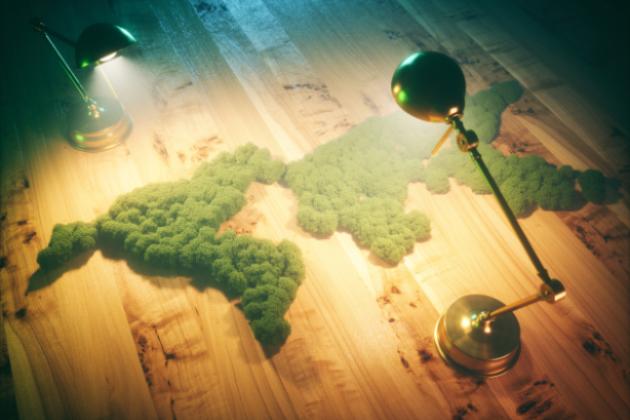 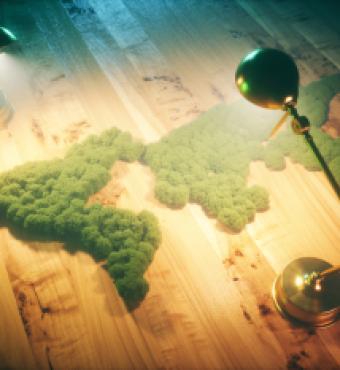 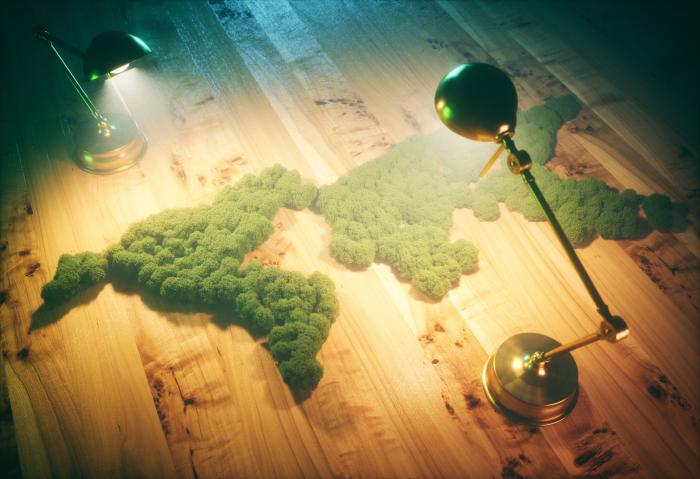 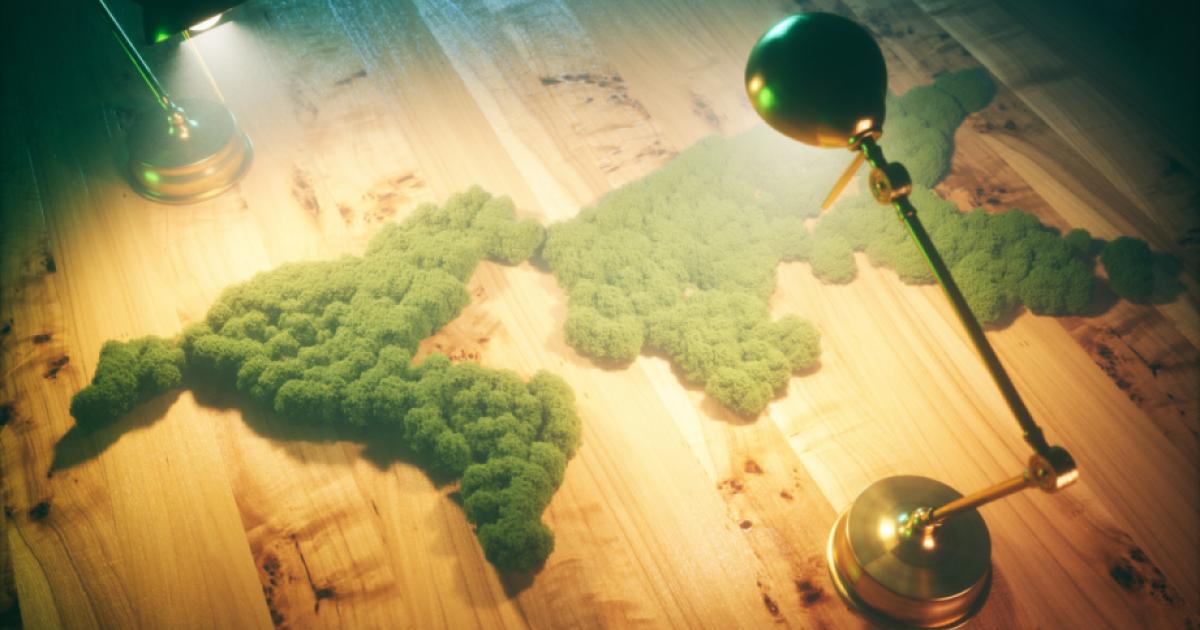 Last week the Intergovernmental Panel on Climate Change (IPCC) released its Sixth Assessment Report, which begins with this categorical claim:

That general pronouncement prompted the secretary general of the United Nations, António Guterres, to issue this impassioned warning:

[A] code red for humanity. The alarm bells are deafening, and the evidence is irrefutable: greenhouse gas emissions from fossil-fuel burning and deforestation are choking our planet and putting billions of people at immediate risk.

The internationally agreed threshold of 1.5°C is perilously close. We are at imminent risk of hitting 1.5°C in the near term.

From that general statement, the policy conclusion quickly follows:

This report must sound a death knell for coal and fossil fuels, before they destroy our planet. There must be no new coal plants built after 2021.

I take it as a given that everyone has to be concerned about climate change and how best to deal with it. But by the same token, the effort to respond to these challenges needs, to say the least, a more nuanced response than the semi-hysterical tones of Mr. Guterres, so as to avoid proposed cures that may be worse than the disease. A sound analysis starts with the economist’s maxim that life is lived at the margin. Thus, at every time and place individuals and groups are required to make decisions about how they will go forward under conditions of uncertainty to achieve some stated goal.

The goal here is easy to state: the survival and prosperity of humanity. That is no easy end to achieve because of the slippage between ends and means: there are many actions that can be taken that will advantage some groups of individuals while harming others. But even if we put that persistent problem aside, the question remains, how do we best achieve that collective end? Ideally, the conscientious social planner would like to achieve a state of affairs in which total social benefits exceed total social costs. But a direct attack on that objective is bound to fail. So for the purposes of making decisions, the correct approach is to start from the status quo ante, and then see first in which direction the changes should take place, and then choose the speed at which those changes are appropriate. The marginalist analysis often starts with some modest step, tries to figure out whether matters have gotten better or worse, and then takes additional steps in that direction so long as the additional results seem promising. Where the initial round of gains seems very large, then the next step could be more comprehensive. If they are small, then the next steps are also smaller, and in some instances the preferred decision might be to reverse course.

It should be evident from Guterres’ brief statement that he has not taken that approach to heart. The first point is his reliance on the “internationally agreed threshold” that treats an increase of 1.5°C as a key inflection point. But why? The number in question was at one point 2.0°C. That difference moreover is larger than it seems because either bellwether mark does not talk about increases in temperature from today but instead date back to 1750, so that some chunk of the increase has occurred long before the current period when the numbers have increased, but not in proportion to the number of people on earth or the total amount of fossil fuel emissions that have taken place—pick your number—over the past 100, 75, 50, or 25 years.

But the larger fallacy in these calculations is the notion that either figure constitutes a serious inflection point where some discontinuous consequence will occur. The difference between 1.49°C and 1.51°C is the same as the difference between 1.47°C and 1.49°C. Both are small changes, and neither calls for a response different in kind from the other. Indeed, what is striking about the IPCC report is that it offers no explanation for its choice of standard. But rather than face this issue head on, the political response is to go “code red,” without even trying to measure the shape of the temperature curve and its responsiveness to greenhouse gases. Thus the climate expert (and sometime) contrarian Roger Pielke Jr. offers a much-needed cautionary note when he writes that the IPCC report contains multiple scenarios about the increase in temperature that could be expected by the end of the century. He also notes, sadly, that the most terrifying scenario on consequences receives the greatest level of attention even though it has the lowest probability of occurrence. Yet the difference between the best and worst scenario is, as Ronald Bailey shows, enormous. In my view, it is downright irresponsible to seriously entertain any projections that the level of dirty coal will increase to the point that coal will displace natural gas, nuclear power, wind and solar, and even gasoline.

The evidence of course cuts sharply in the opposite direction, especially in the United States, where the level of coal consumption dropped by almost half between 2010 and 2020. Nor is there any sign that these figures will be reversed. The long-term trend for the production of useful services, in work pioneered by Jesse Ausubel, documents long-term trends of dematerialization and decarbonization, which means that we need less carbon dioxide and less stuff to produce any given quantity of goods. At this point we should be able to get better traction on the policy objectives, where once again it is critical to learn how to think at the margin. But Guterres manages to avoid thinking at the margin not only in his evaluation of climate change but also in his recommendation that there be a hard stop on the use of fossil fuels. The correct approach seeks to shift in ways that generate consistent improvements along multiple margins, taking into account both costs and benefits.

The levels of technological improvement in the United States and other advanced economies points to some profound ironies. First, it makes good sense to concentrate the use of energy-intensive activities in the nations best able to handle them. That does not mean that these activities have to be practiced, for example, in the United States, but it does mean that it is unwise to trust countries with the dangerous tendency toward the nationalization of inefficient practices—think Venezuela. In these cases, the effort for some distributional equity creates massive inefficiencies. And equitable issues, however defined, are better handled by a system of side payments that avoid the creation of harmful externalities.

Second, it makes sense to think of ways to shift production from high carbon dioxide methods to lower ones. The effort to get to some fossil-free Valhalla ignores the huge gains that can come from smaller, cheaper, and more immediate shifts. Thus it is mistaken to insist, as does Guterres, that no new coal plants should be built. It may make good sense at the margin to put a new coal plant in place with high capacity and great efficiency, so long as you take out an obsolete coal plant still in service with low efficiency and high levels of emissions. In some cases, it might still be preferable to switch to natural gas, given that on average its emission levels are close to 50 percent lower than those for coal. But it may well be that the cost of that new plant is sufficiently high that some coal alternative might make sense, even if in general it does not.

But within of all these calculations is yet another variable that Guterres ignores: the cost side of the equation. As a general matter, the first steps in any new project tend to yield large benefits at relatively low costs; think of the first increment of some new vaccine. But the additional units could easily have rising costs and falling benefits, which make the more conservative treatment more attractive. And so it is with energy output. Both costs and benefits have to be considered, and it is far from clear that any possible decline in the short-term standard of living in order to impose the strong green mandate is worth the massive dislocations that can bring in their wake serious dangers. These dangers include being forced to resort to burning wood or dirty coal when the wind does not blow on the mills and the sun does not shine on the panels.

At this point it is worth returning to the general trend that favors lowering the permissible ceiling of temperature change from 2.0°C to 1.5°C and ask the question of whether the anticipated dislocations are worth the benefits. The IPCC does not address that question, but recent work from the Fraser Institute makes a compelling case that that battle is just not worth the candle, by referring to work by Nobel Memorial Prize Laureate William Nordhaus that concluded, all things being equal, that global warming at 3.5°C was preferable to a 1.5°C ceiling. On that choice, I shall remain agnostic. But it is worth pointing out yet again that that choice could be influenced by activity at yet another margin. The higher the level of innovation, especially in areas of technology, the easier it will be to achieve the lower ceiling. Life is lived at multiple margins, not just one.