Authoritarian decision-making has catastrophic consequences for the economy. 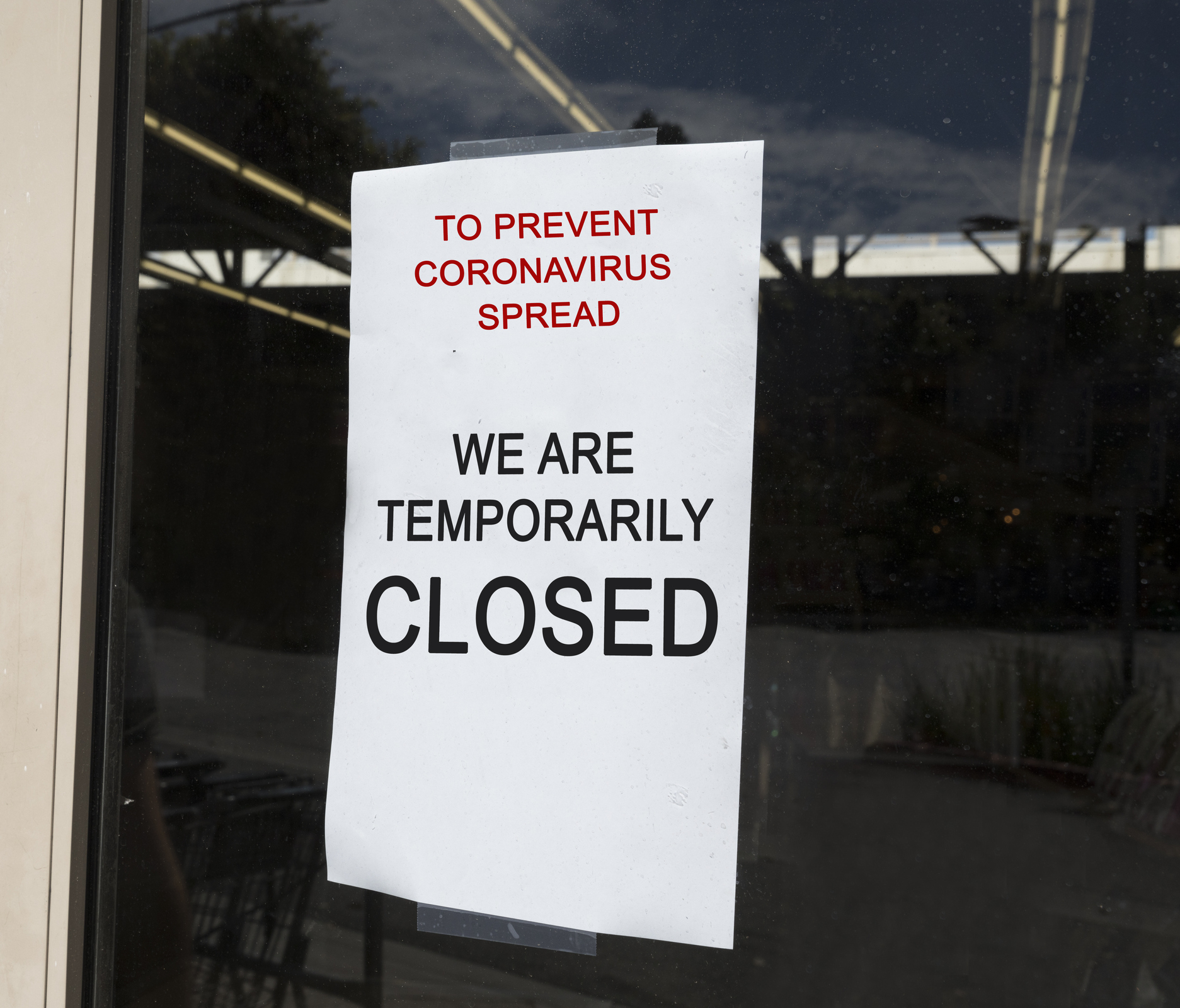 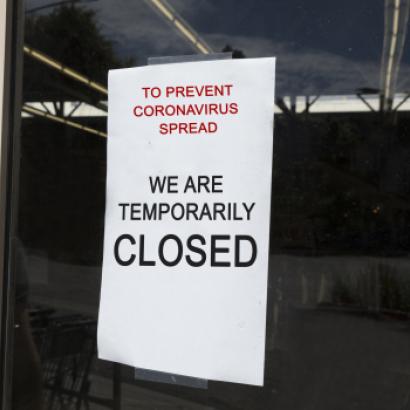 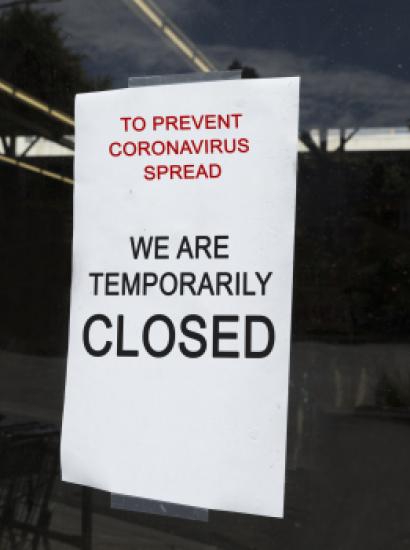 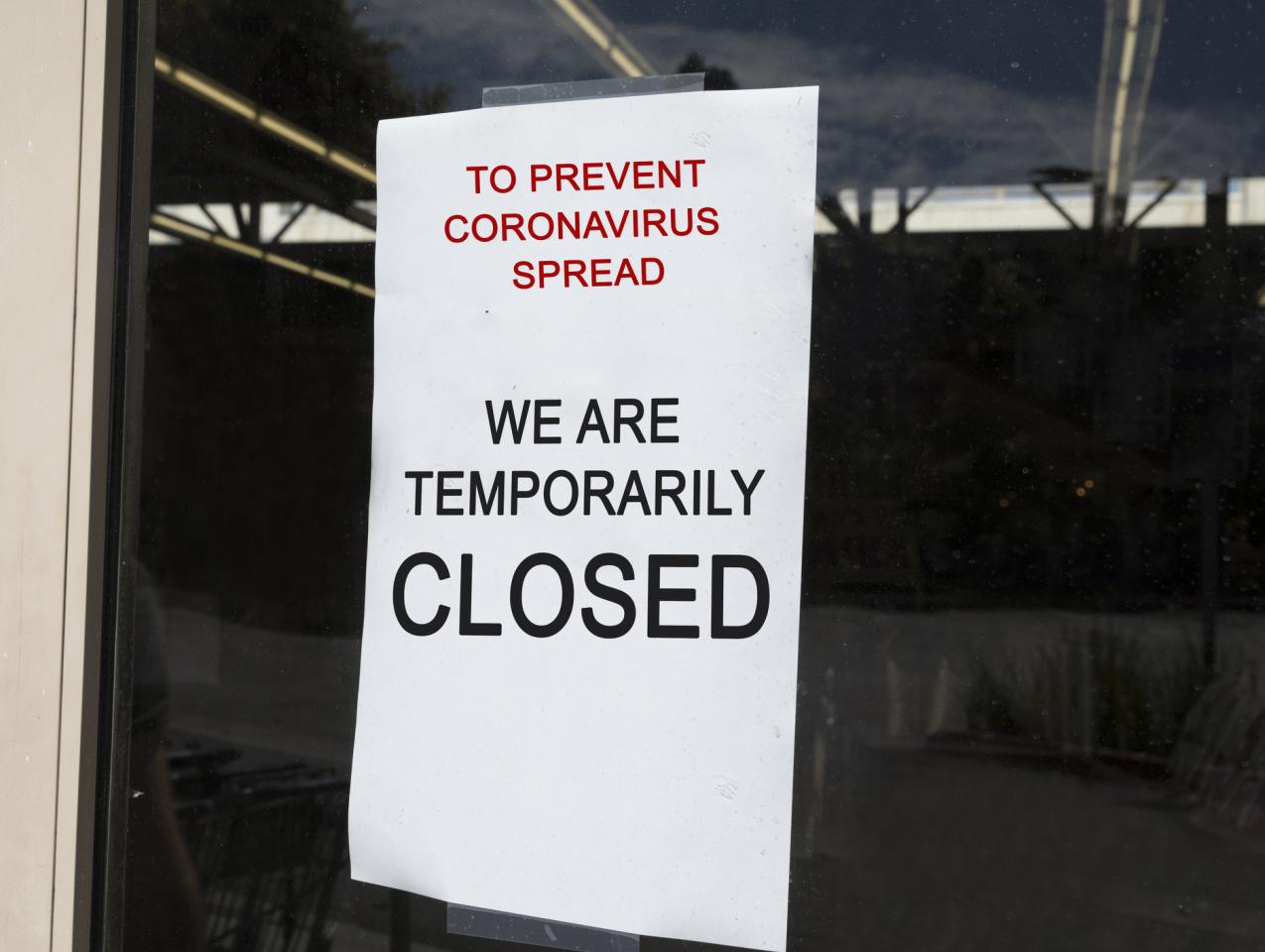 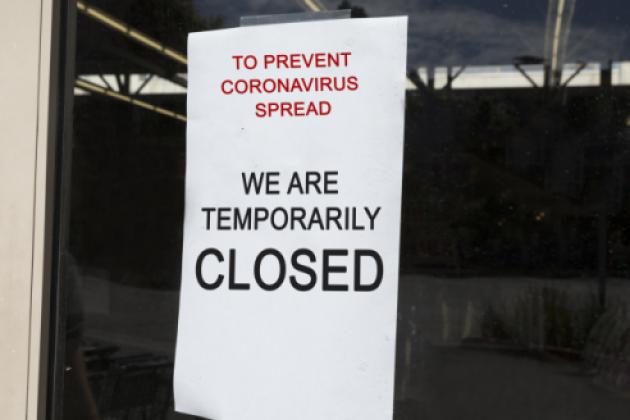 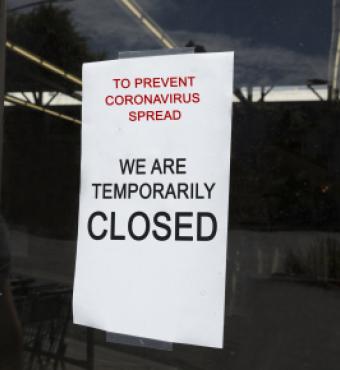 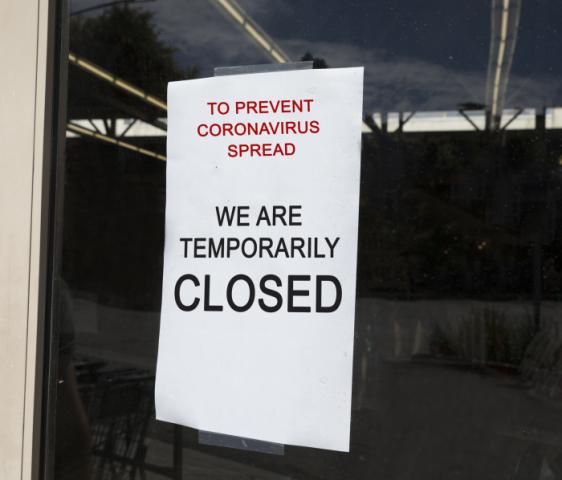 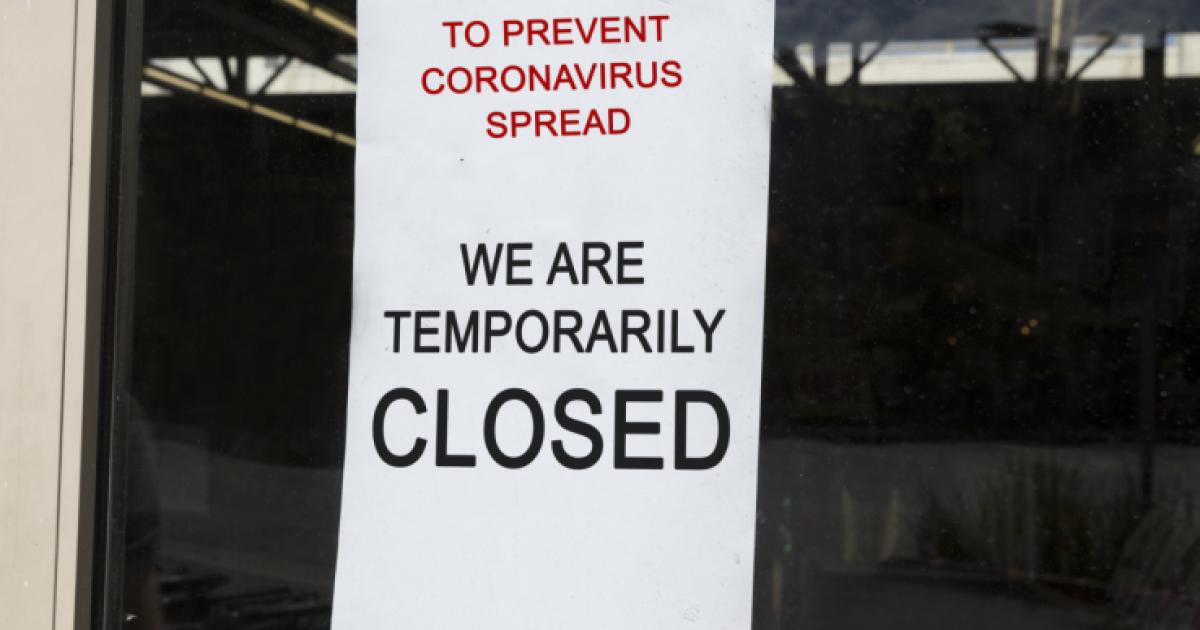 Over five weeks into the lockdown, it now appears that the response of the state governors to the coronavirus outbreak has become far more dangerous than the disease itself.

The economic damage wrought by the economic shut down is apparent from the grim news that more than 22 million people have sought unemployment benefits. It is only a matter of time before many businesses, especially small ones, will fold, causing untold financial and psychological distress to their employees, owners, customers, and suppliers alike. Progressive economists like Joseph Stiglitz condemn an economy built  “with no shock absorbers,” as if private firms—many of which have gone to heroic lengths to develop medicines, tests, and vaccines—are somehow responsible for the economic shut down. But it is the government, and not the private sector, that has thrown the nation into economic crisis.

At the outset, the shutdown was justified as a public health emergency. On March 13, the New York Times published its account that the coronavirus presented an unprecedented health risk to the nation. In this view, the pandemic could result in the infection of some 100 million people in total, with a peak of over 9 million infected on a single day in July. Without intervention, it argued, there could be a million deaths in the United States by the time the virus ran its course. But an intervention could cut that number in half. I thought that dire presentation was too pessimistic. Predictions of death tolls from earlier pandemics have consistently run hot.

Yet the Times’ projections resonated with the governors, who sent their states into lockdown mode.  Illinois Governor Jay Pritzker, for example, said on March 20: “To avoid the loss of potentially tens of thousands of lives, we must enact an immediate stay-at-home order for the state of Illinois.” No intermediate positions were considered. Total COVID-19 deaths in Illinois as of Sunday April 9 stood at 1,272. In Michigan, Governor Gretchen Whitmer went to extraordinary lengths to shut down her state, which has at present 2,307 deaths, over half of which are concentrated Oakland and Wayne counties. New York Governor Andrew Cuomo extended the New York state lockdown until at least May 15, characterizing his evaluative process as “No political decisions, no emotional decisions. Data and science. We are talking about human lives here.”

Of course, everyone wants to save human lives. The question is why Cuomo thinks that doubling down on government restrictions is justified by the science and data. His own daily report of April 17 indicates that the rate of new infections is down and that the number of hospital discharges in the state now far exceeds the number of new admissions. Further data prepared by the New York Times reveals that the rate of infection is now slowing down rapidly throughout the United States.  It also shows that new cases peaked at about 35,000 on April 3, with an erratic decline since that time. The total death count stands at about 36,000. Even though we can reasonably anticipate thousands of additional deaths, this figure is fortunately far lower than the predictions issued at the outset of the pandemic.

The question now is—can those initial high estimates continue to be used to justify the current lockdown extensions? In light of recent developments, there are now reasons to question the way in which total deaths are tallied. To see why, three distinct categories of cases need to be understood: joint causation cases, untested (or “probable”) cases, and non-viral cases.

How should physicians report and health departments record deaths in individuals with comorbidities like asthma, cancer, heart disease, diabetes, and the like? Treating everyone who dies with the coronavirus as if they died from the coronavirus necessarily overstates the number of cases by some uncertain amount. But the evidence is overwhelming that the virus by itself kills few individuals. The CDC reported that “approximately 90% of hospitalized patients identified through COVID-NET had one or more underlying conditions heavily concentrated in people over 70 years of age (where the comorbidities are more severe).”

The upshot is that no matter how one counts these cases, it makes no sense to shutter large number of businesses. Firms themselves will make adjustments to attract uneasy customers, and people with higher rates of risk have every reason to stay at home to preserve their own lives. That is the strategy that has been followed in Sweden, which has imposed restrictions on large gatherings and has shut down some activities, but has allowed elementary schools, restaurants, offices, and other businesses to remain open. To date, the pattern of deaths there is very similar to that found in the more heavily locked-down United Kingdom, which is not to say that the Swedes have made all the right choices.

It is often said that it is important to establish some form of herd immunity to control the virus. The use of that term suggests that this form of community protection arises when a sufficient number of people get the disease so as to stop others from getting it. But that account ignores the literal origin of the term “herd.” Animals live close together in herds to protect themselves against predators. That protective strategy makes them easy victims to viral attacks, because herd animals do nothing to respond to the perceived risk. There is no such thing as “human herds.” Voluntary social distancing, which should be supported, occurs. In many cases, it is as simple and effective as washing hands and maintaining some distance from others thought to be infected. These ubiquitous practices help  explain why the spread rates, even without government intervention, are lower than what the pessimistic epidemiological models predict. It also explains why individual and institutional avoidance actions will continue even after the lockdown is removed. Sadly, Cuomo and his experts never tried to figure out the marginal cost of each of these various interventions, even though the number of new cases peaked in early April.

Another gubernatorial decision now attributes “probable” virus deaths to the overall state total, adding thousands of additional deaths in New York alone. The ostensible argument for this result is that there has been a spike in undetected cases, and that therefore these cases should be accounted for. There is no question that some adjustment should be made for these cases, but not necessarily for all of them. Not only are there joint causation cases, but it is highly probable that some significant fraction of those unexplained deaths result from some other source entirely.

So at least two adjustments need to be made. The first is to trim the number of newly assigned cases, perhaps substantially, by untangling the COVID-19 case from other causes of death.  The second is to make sure that the death rate of the virus is accurate, which requires adding the number of cases that are resolved successfully outside the hospital system to the total number of cases. Including those cases suggests that there is a lower risk of future infections from loosening up the system than previously thought. Thus in a Boston homeless shelter where 146 people out of 397 tested positive at an early stage of the disease, only one needed hospitalization.

The last class of supposed COVID deaths rest on a novel theory of coronavirus causation championed by Dr. Oxiris Barbot, Commissioner of the New York City Health Department. According to the New York Times, Barbot suggests that “while these so-called excess deaths were not explicitly linked to the virus, they might not have happened had the outbreak not occurred, in part because it overwhelmed the normal health care system.” She gets the causal connection point exactly backwards.

Previously, I have written that the health costs of the current shutdown should include those individuals who died as a result of being unable to receive either routine or emergency care because of the conscious decision to shut down numerous free-standing medical and dental facilities and to postpone all non-essential procedures. The correct theory of causation attributes all of these deaths not to the virus, but to the gubernatorial lockdowns. It also requires taking into account that idling these medical facilities creates the serious risk of bankrupting hospitals and medical practice groups.

The essence of sound public policy is understanding trade-offs at the margin, including the need for some graduated response to the question of how and when to open the economy. The medical experts have been far too alarmist. As an example, Dr. Ezekiel Emanuel makes the suggestion that the United States must remain on lockdown until we develop a vaccine—that is, for another 12-18 months. He asserts that there could be hundreds of thousands or even a million deaths otherwise. Emanuel neither estimates the probability of such a severe outcome actually coming, nor the economic devastation from a lockdown lasting a year and a half.

Given all this, it is no surprise that vigorous protests are starting up around the county. People are eager to go back to work and are tired of having their freedoms curtailed. What is distressing is that the restrictions are remaining or getting even tighter while the threat from the coronavirus is beginning to recede.