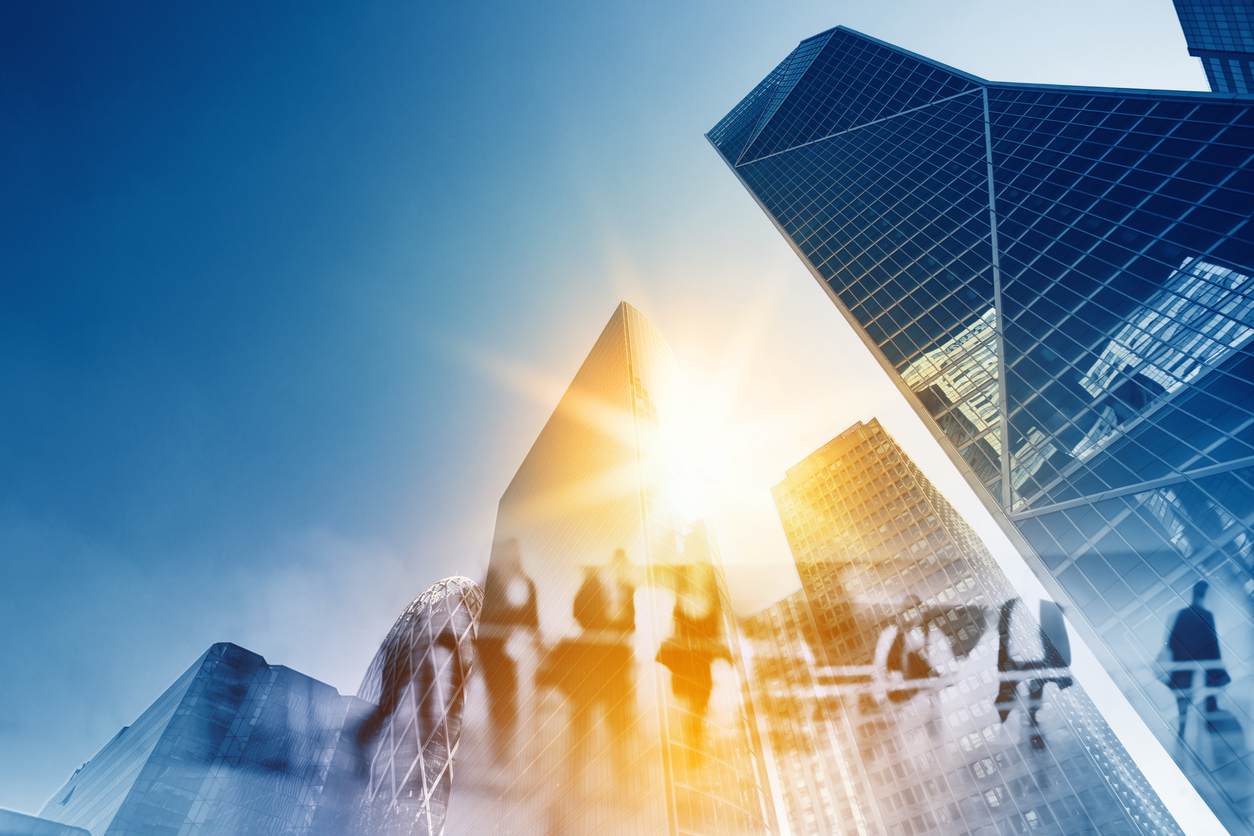 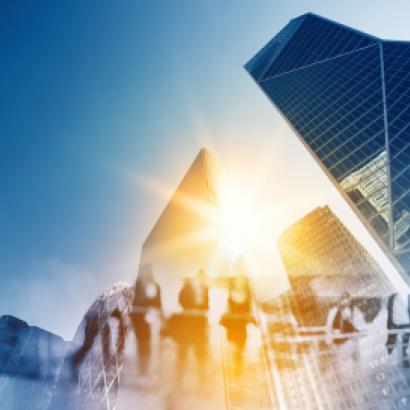 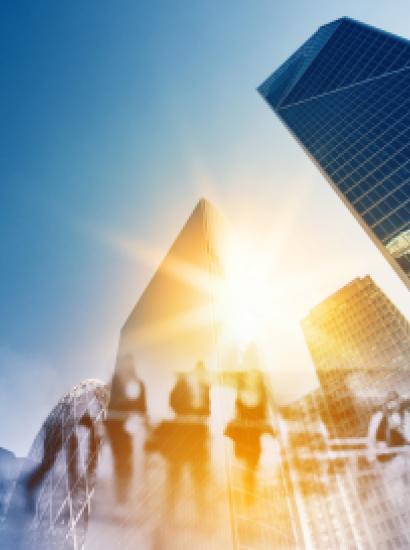 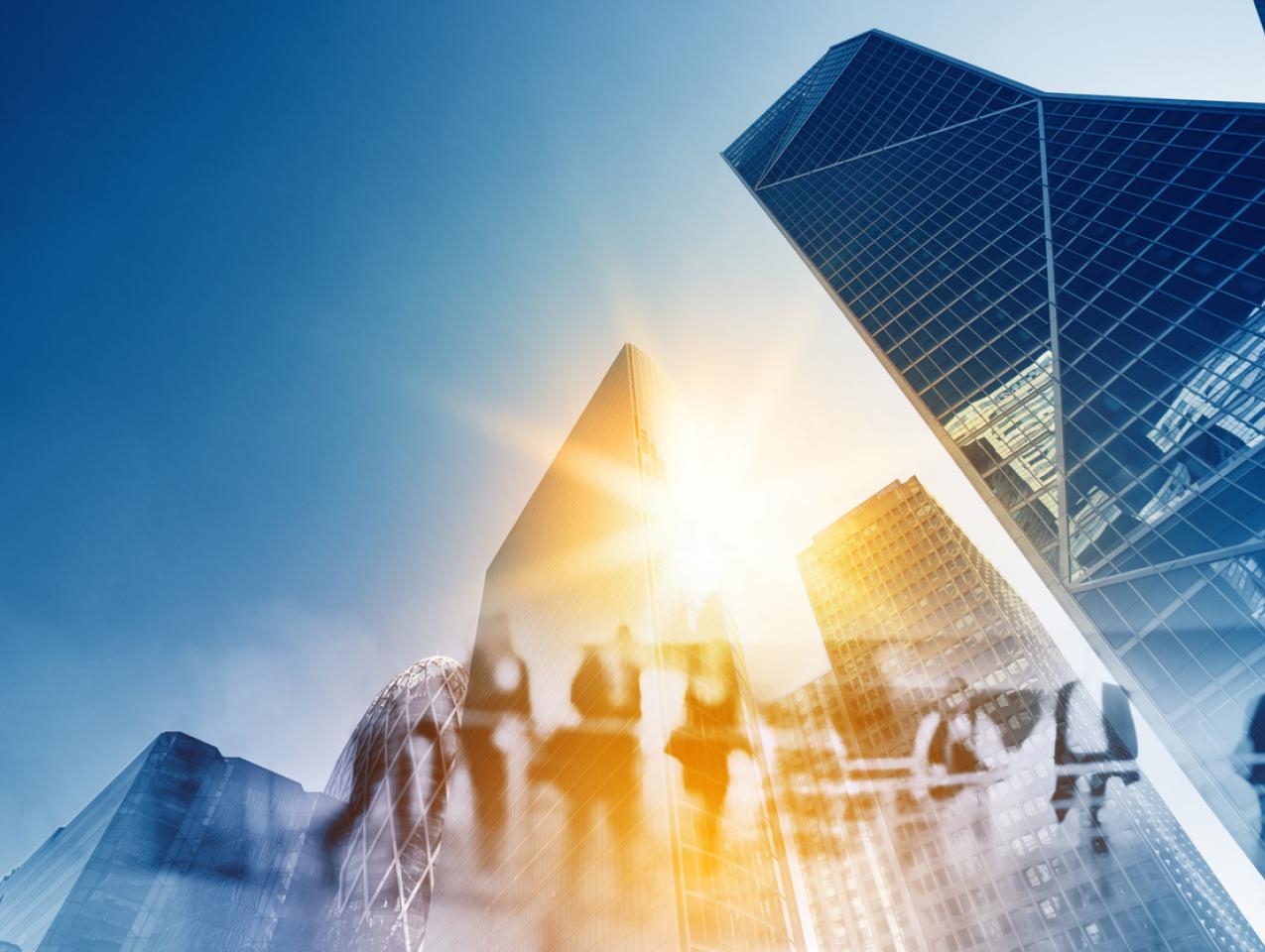 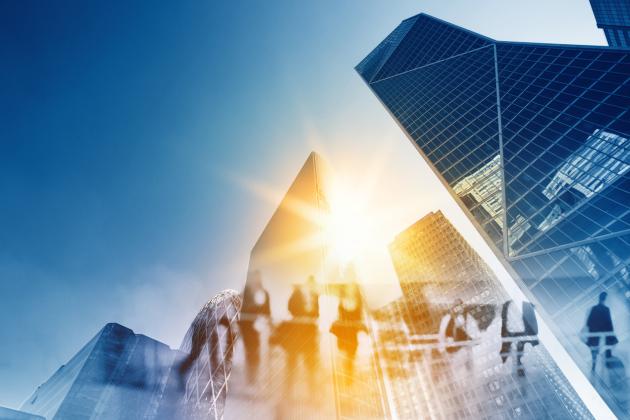 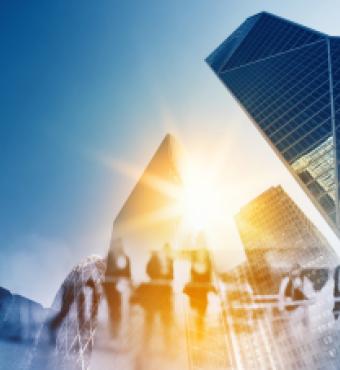 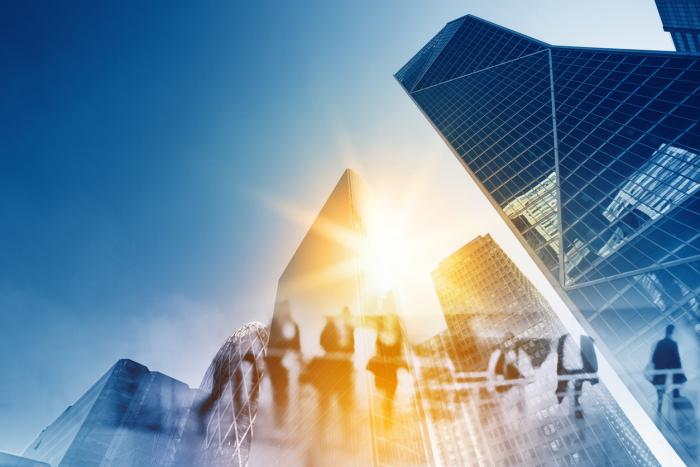 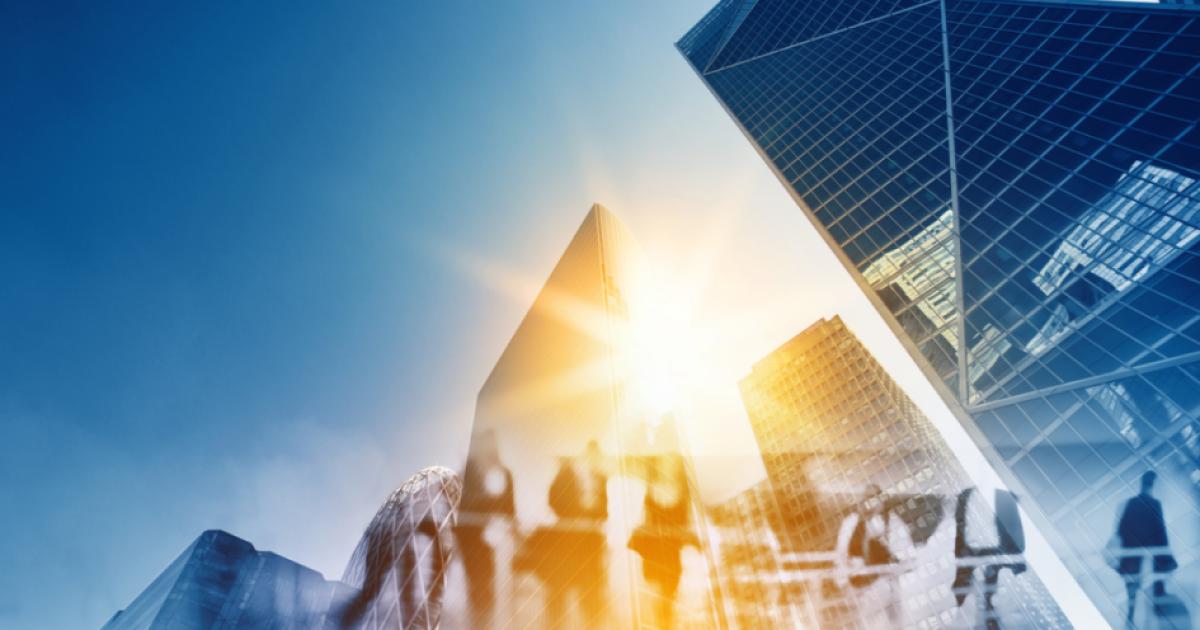 The Biden administration is engaged in a sustained effort to add layers of regulation to all portions of the economy. In some instances, these maneuvers take the form of direct commands, such as the ill-fated comprehensive vaccine mandate; in others, indirectly, by redoing the antitrust laws or the tax code. But, sometimes, his administration’s approach appears to take a softer line. The prominent example is by giving various corporate disclosure laws more teeth.

Disclosure has been the province of the Securities and Exchange Commission (SEC) from its inception in the New Deal era, where it was intended to be an antidote to securities fraud in the rough-and-tumble securities markets. Under the direction of the new chairman, Gary Gensler, the SEC, with its Democrat majority, is moving sharply toward using the disclosure banner to burden, indirectly, private equity markets with ever larger amounts of direct regulation. As Republican SEC Commissioner Hester Peirce has noted, this novel approach represents “a sea change” in attitudes, and is designed to shackle the behavior of sophisticated investors in private equity markets by treating them like ordinary “retail investors.” This is plainly contrary to reality, as private equity investors are well protected, as Peirce notes, by an army of professional advisers, who have mastered all the nooks and crannies of complicated debt and equity markets.

To rebut Peirce’s claim, Gensler begins his plea for expanded regulation by noting the obvious that these funds are “growing in size, complexity, and number. These funds, including hedge funds, private equity funds, venture capital funds, and liquidity funds, currently have approximately $18 trillion in gross assets.” The factual predicate is indeed true, as the private equity markets have developed a rich set of tools to harness private capital. The ability to tailor different investment vehicles to different clienteles is not evidence of systematic breakdown, but proof positive that these firms have earned the trust of wealthy investors by posting a string of successes.

The purpose of any well-designed securities regulation is not to stifle successful markets but to facilitate them by having government build investor confidence in capital markets that appear to be in distress. Indeed, one striking omission in Gensler’s indictment of private equity firms is that he does not—because he cannot—point to any major scandal in the operation of these markets that might call for some government corrective legislation. His proposal might command a more respectful hearing if his analysis of both cause and cure were corroborated by some bruised victims of a private equity scam. But alas, there are none to be found.

Gensler tiptoes around these issues by invoking the specter of small investors who need government protection. Thus, he notes that in addition to wealthy individuals, the limited partners in many of these firms are “state government pension plans, or non-profit and university endowments. The people behind those funds and endowments often are teachers, firefighters, municipal workers, students, and professors.” But again, Gensler’s undisputed observation misses the mark. These small individuals have already taken care of themselves by hiring competent agents—of the same variety that often represent wealthy individuals.

It is hard to see why this permits or encourages the SEC to intervene on their behalf.  Indeed, there is every reason to believe that the SEC would be a less faithful agent for these investors than today’s private equity firms. For example, the SEC pursues multiple agendas, including its now ambitious program to require climate control disclosures—which may well work against the best interests of the SEC’s many regulated firms and shareholders. It is the essence of any fiduciary duty that the trustee never have divided loyalties, which could easily give rise to conflicts of interests by seeking to respond to the inconsistent demands of multiple principals. This is one reason why corporate boards should never be required to include employees, suppliers, or customers—let alone members of the public at large—as members, contrary to Senator Elizabeth Warren’s proposal. Each of these diverse groups is entitled to negotiate with the firm—but only where each is represented by agents who owe the group its undivided loyalty.

To be sure, there are important differences between firms that cater to the wealthy and firms that cater to retail investors, who have lesser sophistication and a lower net worth. On the business front, the large investors will often choose investment portfolios that are too risky for ordinary investors. Hence, the bifurcation of these investors into two groups makes perfect economic sense, for the greater the uniformity of the financial preferences among the members of any given fund, the easier it is for fund managers to make decisions that will please the majority of its passive investors. Moreover, at the appropriate time, it is both common and proper for sophisticated investors in high-risk projects to sell their interests in stable businesses. This orderly turnover permits low-risk funds to take over the stable assets, while leaving the high-risk funds and wealthier investors to initiate another round of new, higher-risk ventures—until the cycle repeats. On the legal front, ordinary individuals may indeed need more protection. But those protections should be implemented through a general set of restrictions on their trustees to see that the trustees discharge their duties of loyalty and care to individual investors, such as under the well-named Investment Advisers Act of 1940, which contains an exemption for “Venture Capital Fund Advisers.” But, as retail investors do not participate in the operations of high-risk funds, there is no reason whatsoever to regulate the latter.

Indeed, that argument can be taken a step further. In her rebuttal to Chairman Gensler, Commissioner Peirce noted that it was unwise to divert the SEC from its initial mission of protecting retail investors from the many scams that were common prior to the advent of federal and state regulation. One explicit function of the early statutes was to make sure small investors were not duped by inflated statements in new offerings, which knowingly concealed the relevant risks from investors. Those widespread abuses led to a wide adoption of these statutes, such as New York State’s Martin Act, which was passed in 1921 and given its current broad reading in People v. Federated Radio Corp. (1926) to curb such abuses. But changes in the market structure gave rise to protracted (if anonymous) criticisms of that statute once these financial markets stabilized. Today, I think that it has become increasingly unwise to offer direct protections to individual investors at great expense when the abundant availability of mutual funds and financial advisers offers better and more personalized protection than any one-size-fits-all protection provided by a government agency. Its effort to balance the needs of small investors with traders with enormous sophistication creates the worst of both worlds. It is as if we decided that improving a major interstate highway requires adding a bike lane for those who do not own cars. The world becomes a riskier place for both, so that it is far better to ask potential cyclists to take a bus or a cab to reach their desired locations.

Indeed, the situation is in one sense worse than this, because there is good reason to be troubled by any regime that makes disclosure its centerpiece. All too often, courts go overboard in requiring disclosures of issues that would be apparent to investors who use a modicum of common sense. Thus, the unfortunate decision in Omnicare, Inc. v. Laborers District Council Construction Industry Pension Fund (2015) shows how risky it is when dealing with complex disclosures in registration statements to make the issuer responsible for a single misstatement or omission of a material fact. There, Justice Elena Kagan held that a sophisticated pension fund might not be aware how state regulations could negatively impact a company’s pharmaceutical business, when the fund had already been warned of the evident, material risk of federal regulation, so that the case was remanded for yet more litigation to resolve this simple issue. As this straightforward case shows, the burden of new disclosure is maximized when the fraud risk is already minimal.

In addition, any public disclosure regime also has endemic risk. Unfortunately, Gensler wants to put teeth in disclosure by demanding independent financial audits that are both intrusive and risky, without demonstrating that sophisticated investors actually have any need for them. Any public disclosure to potential investors is shared with competitors, for whom it generates far greater value. It is very worrisome that Gensler wants mandatory disclosure to cover all fees, expenses, and performance. Why require this information to go to the public at large when sophisticated investors can gain access to relevant information contractually?

Indeed, one advantage of doing private equity deals is to avoid the leakage of important trade secrets. At this point, the general approach should be one of prudence. The SEC should not seek to treat private equity firms like their public competitors, because, as has been suggested, those rules might benefit unions, who hope to gain greater leverage over firms under the SEC’s heavy thumb.

Generally, major changes in regulatory regimes should be triggered by market failures—not market successes. In short, if it ain’t broke, don’t fix it.