Hands Off the Web

The President’s desire to extensively regulate the Internet will backfire. 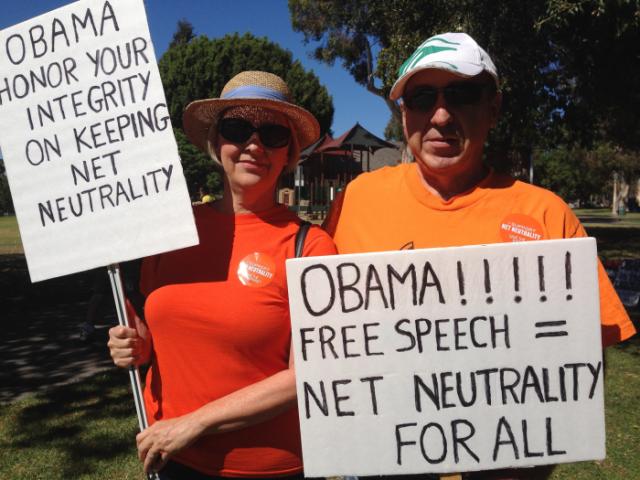 Hands Off the Web 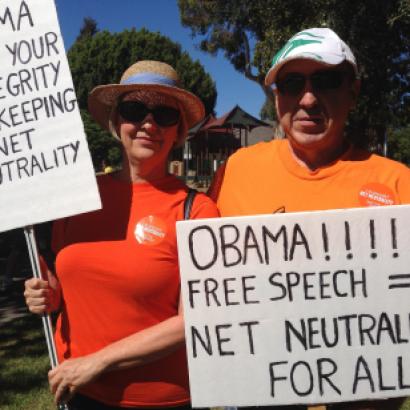 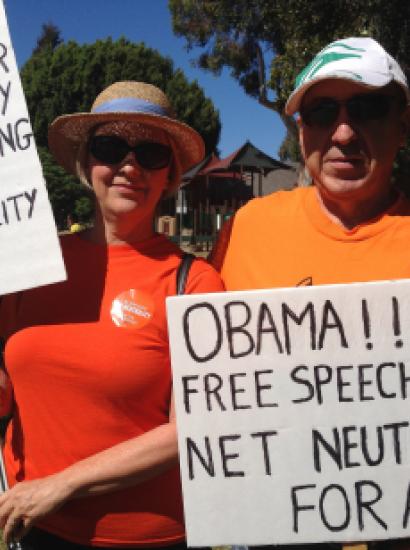 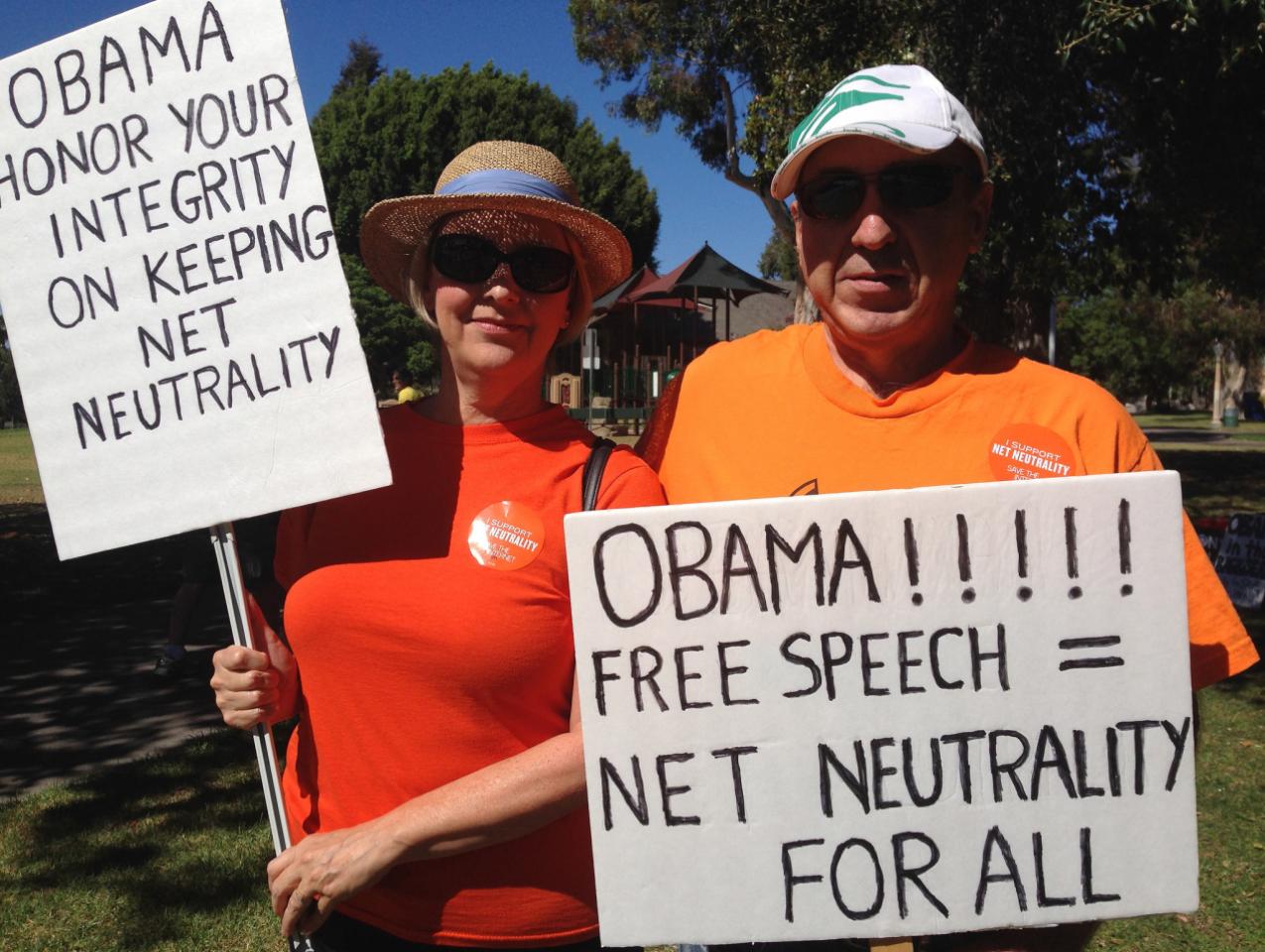 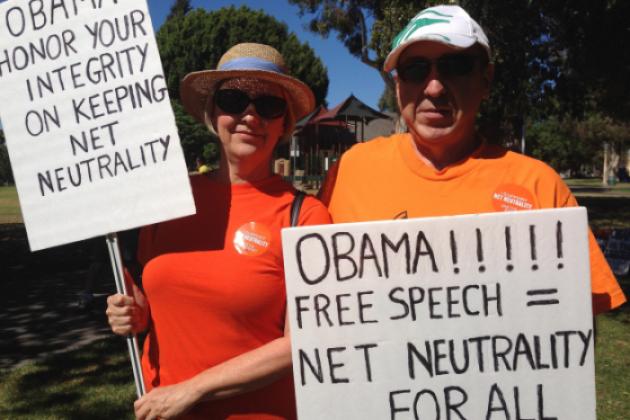 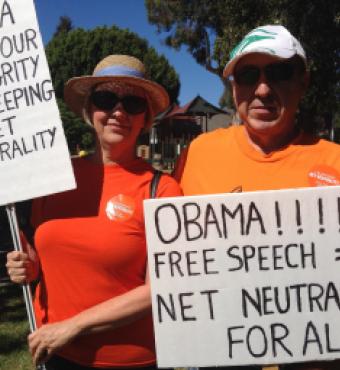 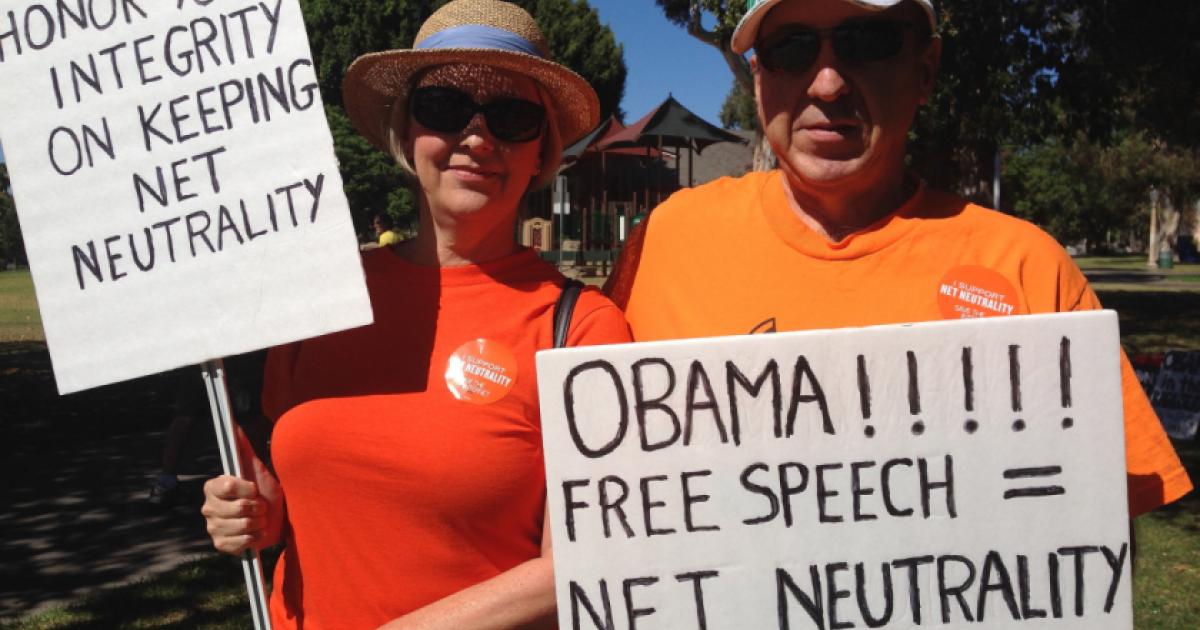 This past week, we witnessed the occurrence of two events with the capacity to reshape the Internet for the worst. First, the White House offered a full-throated endorsement “for the strongest possible rules” in support of “net neutrality,” which would prevent telecommunications suppliers from offering their customers priority services in exchange for higher rates.

The second was the response of AT&T CEO Randall Stephenson that his company was going to step back from investing billions of dollars in building out its own GiGaPower fiber network until it received greater clarity from the FCC as to what the rules of the game will be going forward. Stephenson clearly fears that the President’s call to the FCC will result in heavy new regulations that will reduce the profit potential of the company. AT&T is holding back to see just how badly the new rules will damage its investment prospects.

The company’s concerns are, unfortunately, right on the money. Right now, the President is importuning the FCC to reclassify broadband services from lightly regulated “information services” to heavily regulated “telecommunications services.” Unless it takes that dramatic step, the District of Columbia Court of Appeals recent decision in Verizon v. FCC will prevent the FCC from imposing any version of net neutrality, including any anti-discrimination rules which would prevent broadband carriers from charging higher rates for superior classes of services. The President defends this supposed pillar of the Internet policy by insisting that “an entrepreneur's fledgling company should have the same chance to succeed as established corporations, and that access to a high school student's blog shouldn't be unfairly slowed down to make way for advertisers with more money.”

But why should this be the case when paid prioritization is the norm in virtually all highly competitive markets? A quick trip to the Federal Express website, for example, reveals a wide range of “fast and full of options” like “FedEx Priority Overnight and FedEx Standard Overnight.” There is also two- or three-day shipping and Saturday service for those who want it. The different tiers of services are offered, not surprisingly, at different rates. These differential services are available to all customers. It is simply wrong for the President to assume that any system of paid prioritization entrenches established companies at the expense of new entrants, or greedy advertisers at the expense of high-school bloggers.

It is not preordained that only rich or established companies will take advantage of premium services. Perhaps the new entrant will eagerly take advantage of the higher cost broadband service in order to facilitate its dramatic market entrance. Alternatively, if the mass mailings to particular advertisers are not time sensitive, he may send them out in bulk with slow delivery at low prices. All users of broadband services will try to maximize their expected returns by using the right mix of multiple tiers of service.

That same logic will apply to more aggressive policies whereby a given internet  service provider decides that it will block certain content that is available on other networks. Wholly apart from the threat of government intervention, that strategy will provoke a high level of consumer resentment that could lead to customers going elsewhere in droves. So before imposing tough new restrictions, it is better to wait to see how the industry shakes out. The more innovative the market, the less likely these nightmare scenarios are likely to occur.

Unfortunately, the President assumes that the rejection of net neutrality is an insidious form of industrial policy. Thus, he asserts: “We cannot allow Internet service providers (ISPs) to restrict the best access or to pick winners and losers in the online marketplace for services and ideas.”

His statement is bizarre. On the first point, an ISP must make tough business choices whenever it introduces different tiers of services. Considered abstractly, higher rates could drive away some customers, just as inferior services could drive away others. But considered concretely, that is not likely to be the case. Premium services at the top end of the market could easily attract potential purchasers who think that the superior services are well worth the additional price.

At the same time, the lower cost services could lure into the market new customers who are unwilling to pay a high but uniform blended rate. Price discrimination therefore offers serious efficiency gains, which is why AT&T will be willing to make more extensive investments if allowed the price flexibility now given to Federal Express.

It is equally wrong to denounce price tiers as a form of industrial policy. It is of course highly unwise for any government to subsidize any industry players on the conceit that it knows which technologies or firms are likely to pan out best. That is the rap on the Obama administration’s egregious policies on ethanol, wind, and solar subsidies.

But rejecting net neutrality does not let ISPs pick winners and losers by offering different tiers of service. Any customer can buy what he or she wants. Indeed, it is highly unlikely that firms will choose only one class of service for all of their broadband needs. No firm sends all of its Federal Express packages by priority overnight because slower services often make more sense. The ISP only sets tariffs, and then lets private parties choose. Different tiers of service offer advantages that redound to ISP and customer alike.

To be sure, in some cases, large customers may enjoy the cost advantages from volume purchases. But that practice is perfectly proper on the Internet, just as it is with Federal Express. We want firms in competitive markets to offer lower prices to customers whom they can service at a lower cost. Any government decision blocking these options is an illicit form of economic protectionism that harms consumer interests, both here and in other market settings.

To put the point more generally, recall the economic justification for imposing rate regulation on common carriers and public utilities in the first place. The great concern was to prevent firms from exercising monopoly power that would allow them to restrict output in order to charge supra-competitive prices. Monopoly pricing did not just transfer wealth from customers to the firm and its shareholders. Instead, the price increases resulted in a net social loss, by cutting out any customers willing to purchase those services below the monopoly price, but at or above the competitive price.

Historically, rate regulation let the government set rates high enough for the regulated firm to garner a competitive rate of return, but low enough to prevent it from gathering monopoly profits. Historically, this system worked tolerably well for electrical and power companies, operated in defined territorial limits, at least at times when there were relatively low levels of technical innovation. Indeed the Supreme Court in the early part of the last century did a reasonably good job of curbing monopoly rates without creating wasteful cross-subsidies between regulated firms.

However, even at its best, this system of regulation is fraught with difficulties, for it often induced firms to increase their cost base unnecessarily in order to increase their rate base. Shielded from competition of new entrants, the old telephone companies were slow to innovate lest the rate agency punish them with lower rates.

Andy Kessler, writing in the Wall Street Journal, recently pointed out how AT&T delayed the deployment of transistors because it had to work off its ten-year supply of vacuum tubes. Make no mistake about it: The call for rate regulation under the banner of net neutrality offers no safe harbor from these strong anti-competitive initiatives. Indeed, the system amounts to major folly in an age of rapid technological innovation, which will harm net entrants capable of upending the established players.

At this point, even the defenders of net neutrality have no idea how their system will work in practice. The President gives away much of the game when he notes that his commitment to net neutrality is not absolute, by allows for “clear, monitored exceptions for reasonable network management and for specialized services such as dedicated, mission-critical networks serving a hospital.” But will this exception apply to other medical services? Will it extend also to financial services where rapid trading delays of a second or more can confer a huge advantage over one’s rival? The President makes the unsubstantiated claim that the Internet’s growth depends on a ban of paid prioritization, and insists further that “if carefully designed, these rules should not create any undue burden for ISPs.” But “carefully designed” is a very big “if” on an issue with major stakes.

More fundamentally, thinking that any major form of regulation could do the job ignores the simple point that innovation has to take place in at least two different theaters simultaneously. First, providers must make the best use of any future available bandwidth. Second, they must ensure that this bandwidth will be built out in the first place.

The AT&T decision to hold back on its investment is the canary down the coal mine. Preemptive rate regulation will not do anything other than retard the huge expansion of the Internet that has taken place under current legal regimes. Government regulation of the Internet can, and should, wait until some specific abuse materializes down the road, as might well be the case. Right now, the President and the FCC could do the public great service by sitting quietly on the sidelines.