For several decades now, dating back to the latter days of the Reagan presidency, the good people of Nevada have fought the federal government over the latter’s proposed use of Yucca Mountain—a facility about 100 miles north of Las Vegas and not too far from Death Valley National Park and the California border—as a dumping ground for radioactive waste. 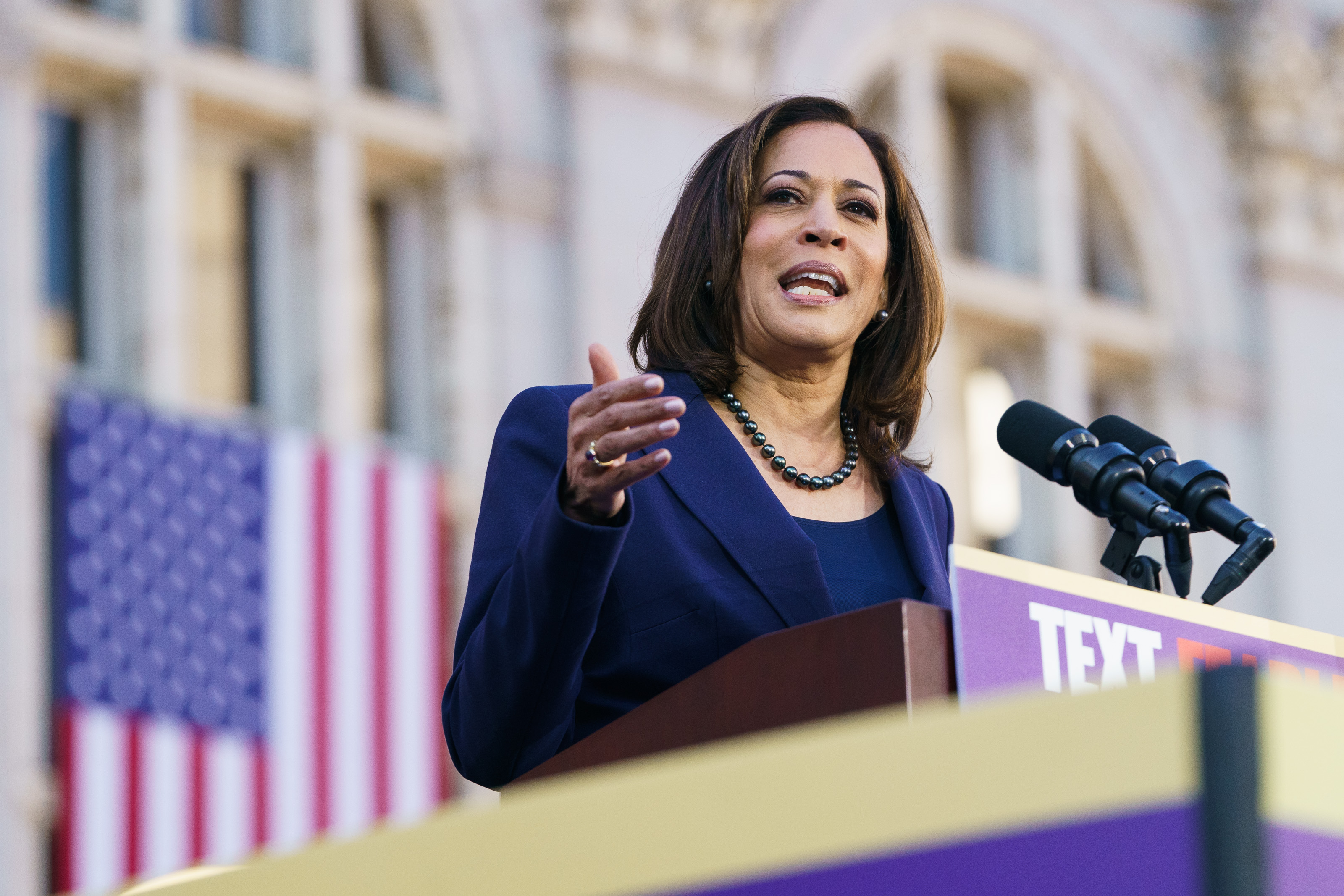 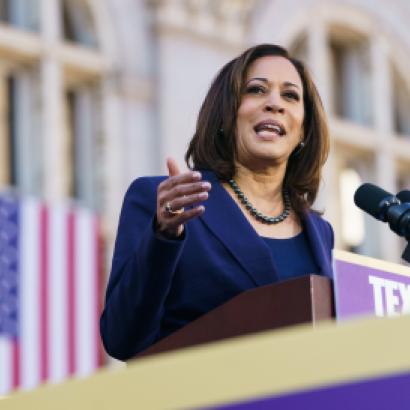 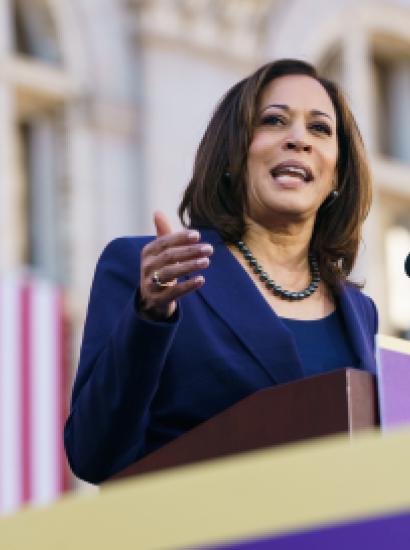 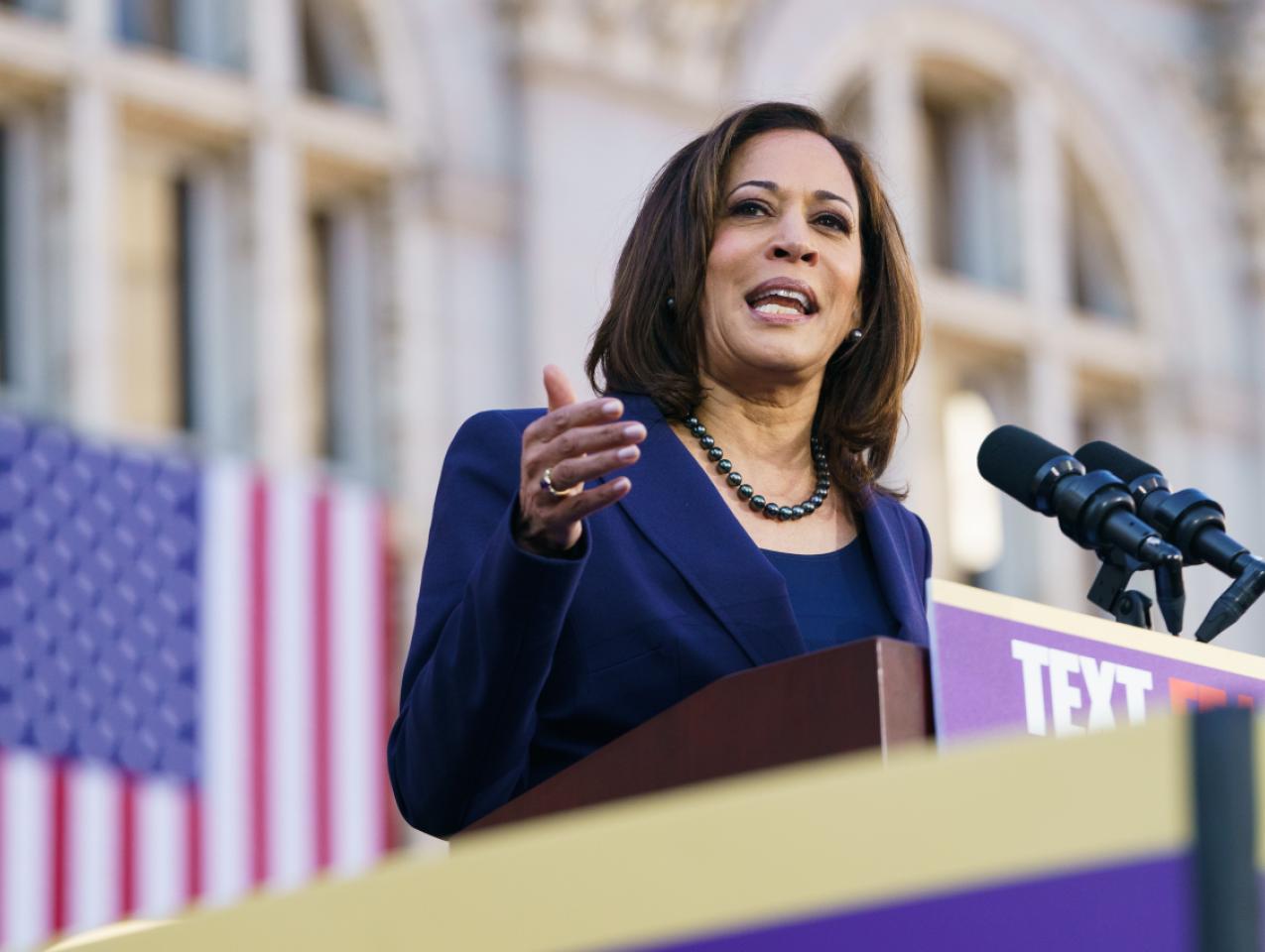 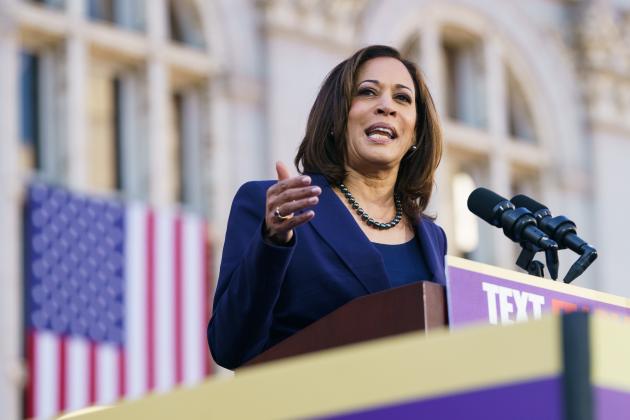 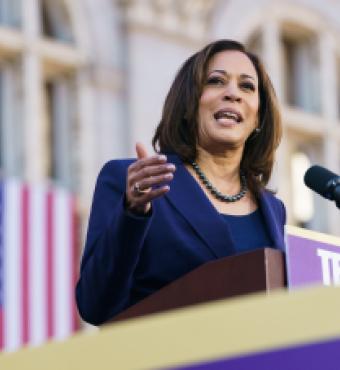 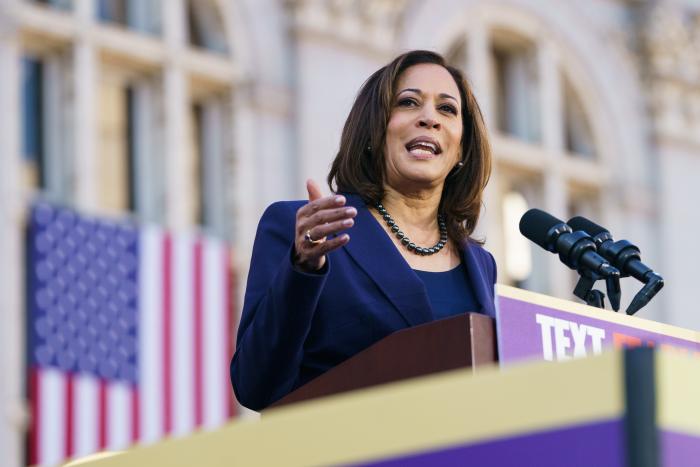 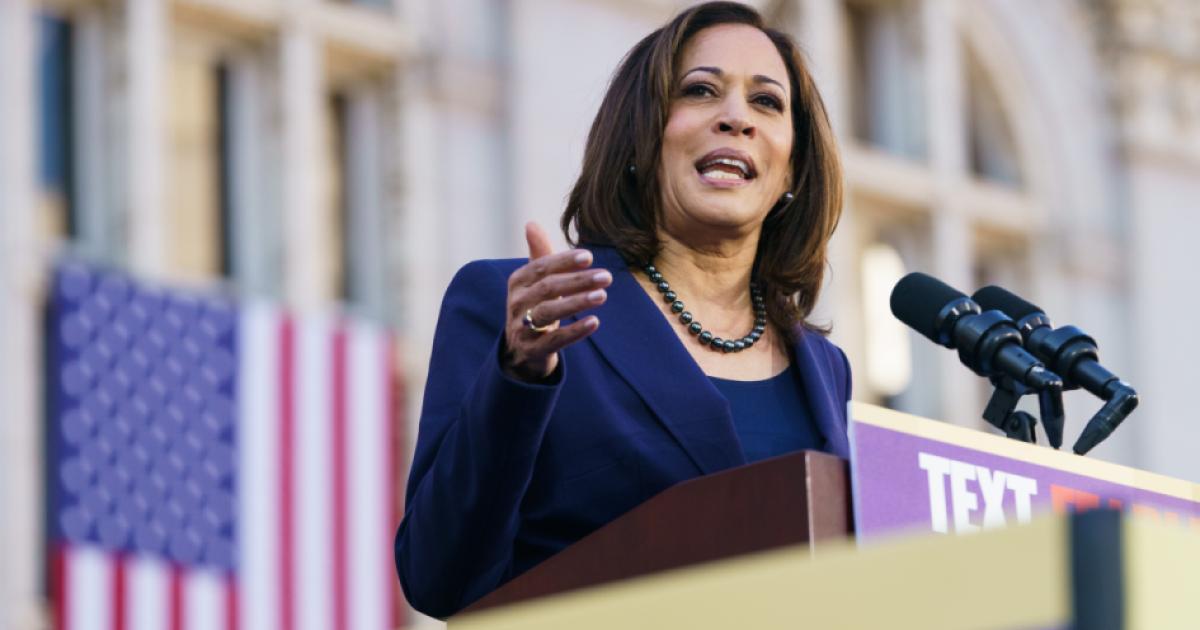 For several decades now, dating back to the latter days of the Reagan presidency, the good people of Nevada have fought the federal government over the latter’s proposed use of Yucca Mountain—a facility about 100 miles north of Las Vegas and not too far from Death Valley National Park and the California border—as a dumping ground for radioactive waste.

That repository is one way to consider the early days of Kamala Harris as America’s 49th vice president.

Yes, Harris is a historical figure given her gender and race (the only woman and hyphenated American to hold the nation’s second-highest office).

Then again, Harris also has proved to be something of a political dumping ground for the Biden White House, assigned tasks perhaps too radioactive to warrant extended presidential exposure.

That would include two these matters:

How problematic are these issues for a vice president who presumably will seek the presidency (again, as she did in 2019) should the 78-year-old Biden decide not to seek reelection in 2024?

On the weekend after Biden first announced that Harris would be his point person on voting rights and H.R. 1, West Virginia senator Joe Manchin penned this Charleston Gazette-Mail op-ed announcing both his personal opposition to H.R. 1 and any attempt by his fellow Senate Democrats to undo the chamber’s filibuster rules—a parliamentary change that would allow Senate Democrats to bypass party-line Republican opposition.

Translation: without Manchin’s support, H.R. 1 is dead on arrival in the Senate in its current form. If you want to read between the lines: it might constitute payback, on the part of Manchin, for Harris showing up on local West Virginia television back in January to sell the otherwise deep-red state (the Biden-Harris ticket received less than 30% of last November’s vote) on the need for COVID stimulus legislation—a political infraction in that Harris reportedly never gave Manchin advance warning that she was pitching to his electorate.

What’s Harris’s next move on voting rights? If she’s serious about a reform measure seeing the light of day between now and next year’s midterm election, while Democrats still have nominal control of Congress, she’ll have to explain to House Speaker Nancy Pelosi and Senate Majority Leader Chuck Schumer that the only practical option would be to offer a modified version of H.R. 1 (from a Democratic perspective: a weaker substitute). Which, in turn, likely would constitute plenty of Democratic griping directed the White House’s way—i.e., the kind of stress the Democratic president would just as well avoid.

Perhaps the Manchin voting-rights flap turns out to be a minor speed bump for the Biden administration’s political fortunes. It’s the migration predicament at the southern border that takes us back to the concept of radioactivity and long-term damage to Harris’s presidential fortunes.

Per this April Washington Post/ABC News poll, 53% of respondents disapproved of the Biden administration’s handling of the surge in Central American migrants. A May Harvard-Harris survey was even more problematic for Harris as the public face of Biden’s border policy. In it, 65% of respondents said the president’s actions encourage illegal immigration. Asked whether “the flood of tens of thousands of unaccompanied minor children is the fault of the Biden administration or the Trump administration,” 59% pinned the blame on Biden versus only 41% for Trump.

And it gets worse: despite the Biden administration offering a more humanitarian stance on illegal border crossings—for example, ending the Trump-era “remain in Mexico” policy of returning asylum seekers to that nation until their US court dates—68% of Harvard-Harris poll respondents said that aliens who breach the southern border should be turned back; only 32% agreed with releasing aliens into the US with a court date (the same survey didn’t ask about releasing without a court case—i.e., the current Biden policy).

Ordinarily, Harris could do what vice presidents traditionally have done as they wait their turn to climb the next rung: lay low, choose their issues carefully (Al Gore’s bland and wonky National Partnership for Reinventing Government comes to mind), and—a luxury Harris maybe doesn’t have—play for time, as her next shot at the presidency wouldn’t be until 2027.

But that’s assuming Biden seeks re-election, which is hardly a certainty.

So what are Harris’s options?

She can count on liberal columnists trying to spin criticism of the nation’s first female vice president as conservative-fomented misogyny. And her media handlers can do their best to soften expectations (such as this Politico analysis: “The goal for her two-day visit to Guatemala and Mexico isn’t to roll out a massive plan to solve the problems driving thousands to flee the region . . . but simply to show that the U.S. cares and isn’t just looking for quick fixes”).

But those are band-aids at best. And should another border surge occur, they won’t stop a new round of image-bleeding—and, worse for Harris, maybe a perception that she’s not to be trusted with thorny policy matters.

First, she should study the example of Richard Nixon, like her a sitting California senator elevated to the vice presidency in the company of a much older running mate (Biden [born in 1942] and Harris [born in 1964] are nearly 22 years apart in age, as were Nixon [born in 1913] and Dwight Eisenhower [born in 1890]).

In addition to the traditional vice presidential line of work (“funerals and fundraisers,” goes the old Washington jokes), Nixon’s contributions in a 1950s-vintage White House included strategic counsel described as “crisp and practical and logical: never proposing major objectives, but quick and shrewd in suggesting or refining methods.” And he sold Ike on the need to sell “modern Republicanism”—i.e., the vice president and cabinet members being more partisan than the commander in chief (in Eisenhower’s words: “He [Nixon] can sometimes take positions which are more political than it would be expected that I take”).

Harris could push Biden on the need to sell “modern Democratism.” Then again, it’s a minimalist White House as far as media exposure is concerned—the opposite of the Trump White House and a tweeting, press-available president in effect acting as his own press secretary.

My other suggestion for the vice president: take stock of the people writing her material.

Maybe Harris penned the words herself, but if it was a junior staffer who was responsible for the “enjoy the long weekend” Memorial Day tweet, then said staffer needs to have a sit-down with a more experienced White House aide about the Democrats’ challenge to connect with more socially conservative-minded non-coastal voters.

That meeting should also include the speechwriter(s) who prepared Harris’s recent graduation address at the US Naval Academy (here’s the video). Rather than reflecting on service to the nation and shared military sacrifice as embodied in the battle names that adorn the upper deck of the stadium in which the graduating midshipmen assemble, Harris instead dwelled on gender inclusiveness and making the world greener—again, a message that’s problematic as one journeys through America’s “flyover” region.

Harris didn’t face this kind of conundrum in the last presidential cycle because she dropped out of the Democratic field in advance of the first votes in Iowa and New Hampshire. But to side with Nevada, which may be tempting for Harris given her California pedigree, risks earning the wrath of Iowans and New Hampshirites who carry political grudges with the shelf life of Yucca Mountain waste.

Not even her worse enemies within the Biden White House, assuming she has any, would task Madam Vice President with that kind of toxicity.