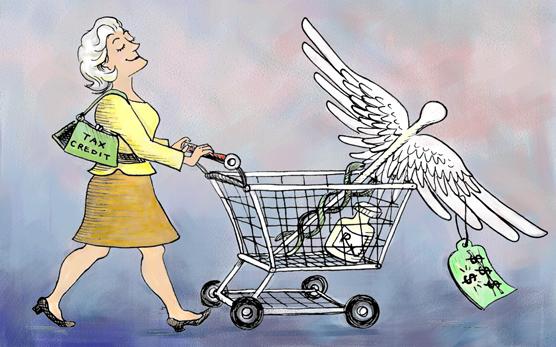 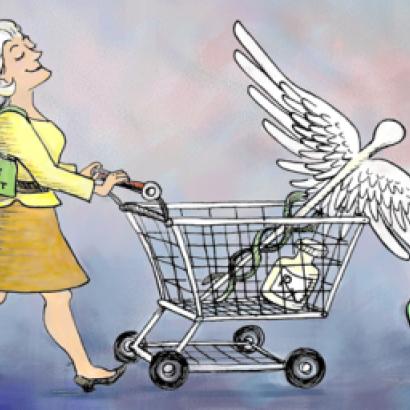 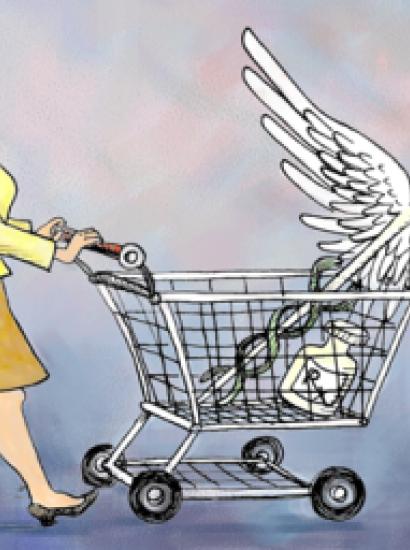 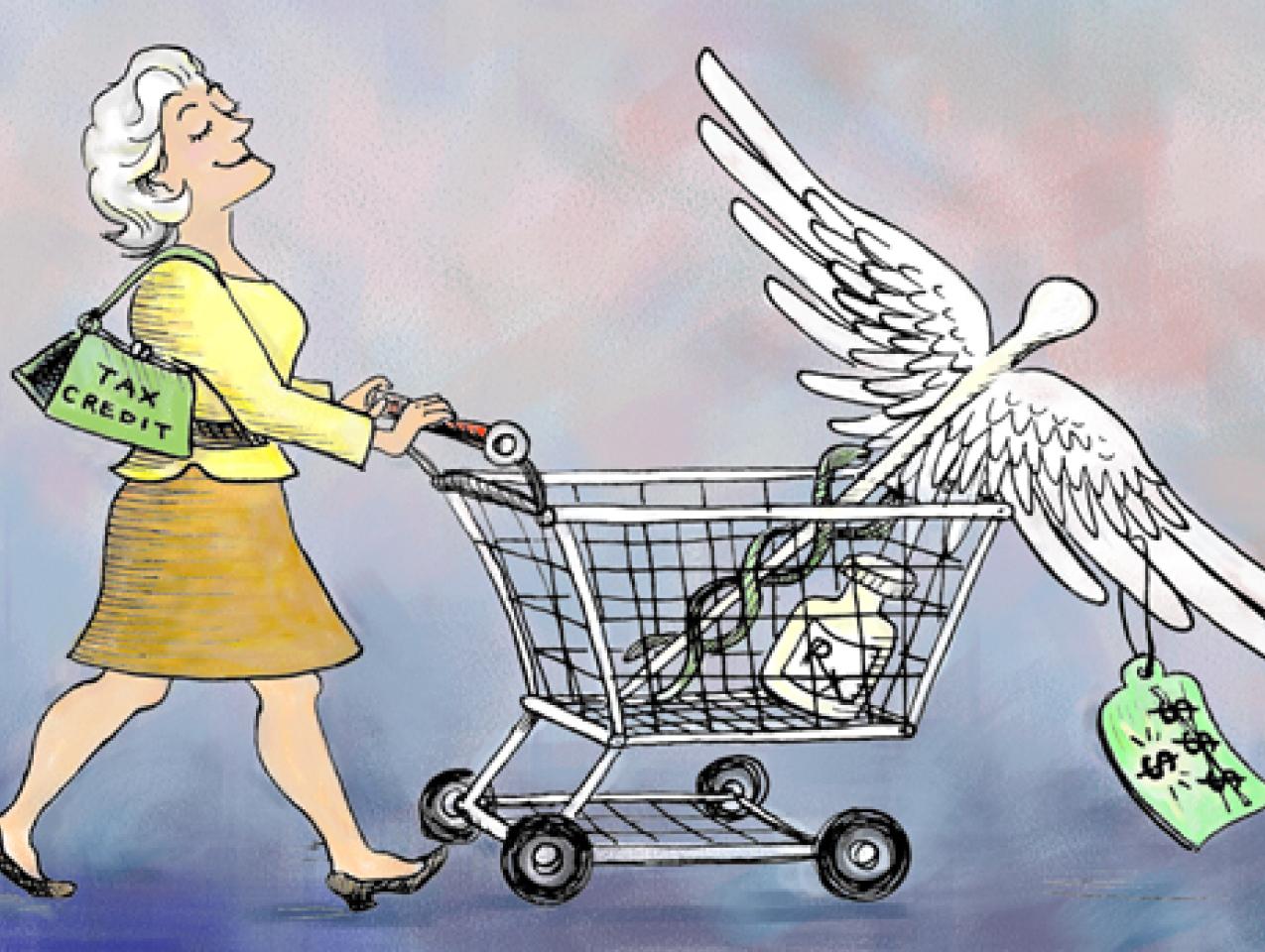 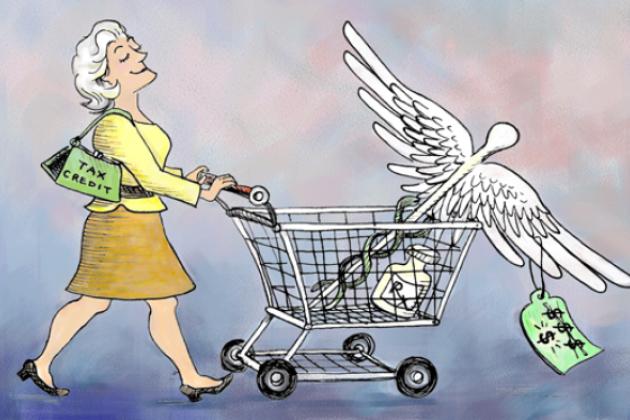 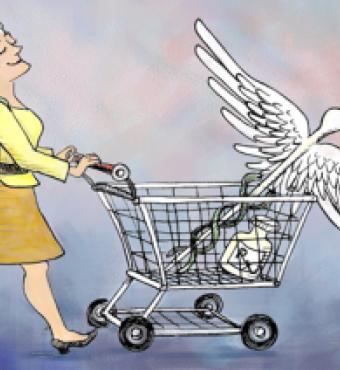 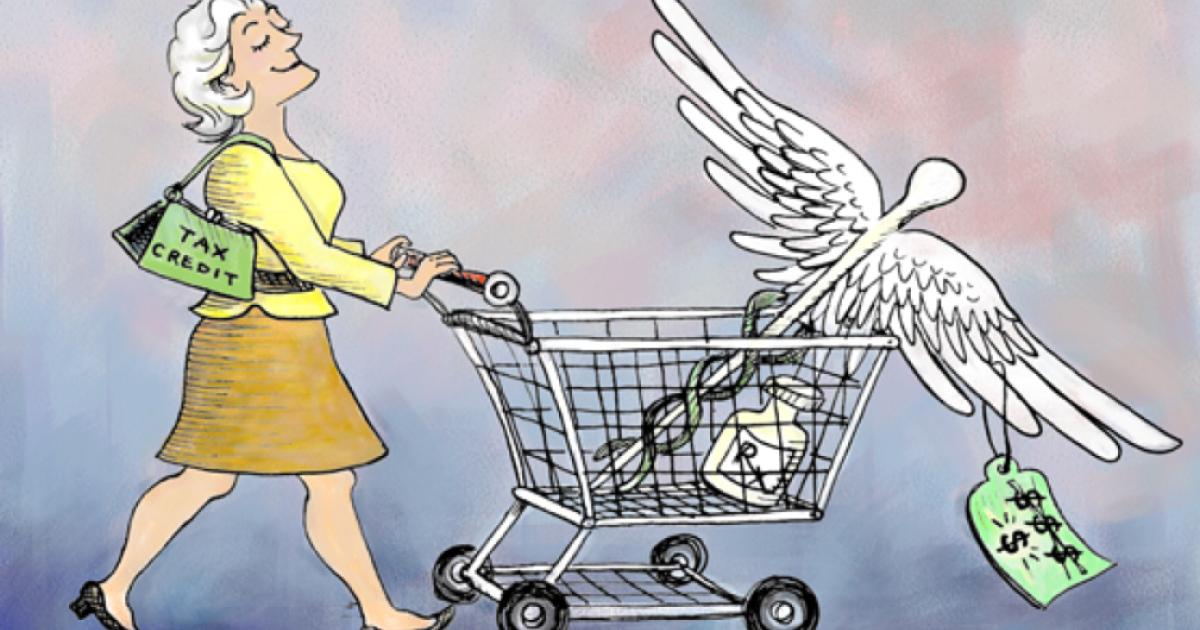 Editor’s note: The essay below is an excerpt of the Hoover Press book Healthy, Wealthy, and Wise: Five Steps to a Better Health Care System, Second Edition.

The U.S. health care system, the envy of the world in innovation, faces signiﬁcant criticisms about cost, accessibility, and quality of care. While these criticisms are not without foundation, a more productive approach is to ask whether consumers of health care—and taxpayers in public ﬁnancing—are obtaining the highest "value" for the resources devoted to health care. That is, are we getting what we should in return for the investments that we make, as individuals and a society, in our health care?

In our view, achieving this objective stands the greatest chance of success if health care markets function well. Market-based reform is neither a silver bullet nor a cure-all. 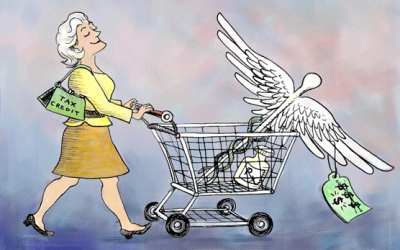 Markets will not eliminate growth in health care costs—an inevitable product of technological change—or uninsurance. Markets will never solve the problem of how to ﬁnance care for the low-income chronically ill. But the power of markets to allocate resources efﬁciently—power evident in every other sector of the economy—is a critical part of the solution.

Yet markets cannot ﬂourish without the appropriate institutional support for consumer incentives and choice, provider accountability, and competition. These needed features are held back in the United States in substantial measure by the unintended consequences of public policies in ﬁve areas. Any serious reform of the U.S. health care system must begin by changing these policies.

First, reform should increase individual involvement in health care decisions. The most important impediment to achieving this goal is the tax preference for employer-provided health insurance. Current tax policy generally allows people to deduct employer-provided health-insurance expenditures, but requires direct out-of-pocket medical spending to be made from after-tax income. This tax preference has given consumers the incentive to purchase health care through low-deductible, low-copayment insurance instead of out-of-pocket.

This type of insurance has led to today’s U.S. health care market in which cost unconsciousness and wasteful medical practices are the norm. The reason is, as the late Nobel laureate Milton Friedman once put it, "Nobody spends somebody else’s money as wisely as he spends his own." The best way to reverse this trend would be to revoke the tax preference.

As Milton Friedman once put it, "Nobody spends somebody else’s money as wisely as he spends his own."

Unfortunately, as the tax reform debates of the 1980s and the health reform debate of 2010 have shown, this solution appears politically infeasible. We propose a second-best solution: allow all Americans to deduct expenditures on health insurance and out-of-pocket expenses as long as they purchase at least catastrophic insurance. We show that under reasonable assumptions, expanding deductibility to out-of-pocket expenses will lead to a dramatic reduction in minimally productive health spending.

The second effect induces people to shift to health plans with higher deductibles and coinsurance rates which, in turn, lowers health care spending. Because the base of out-of-pocket spending is so much smaller than that of insured spending, the net change in the overall price of health care from expanding deductibility is much smaller than the change in the relative price of out-of-pocket versus insured care. This fact leads the second effect to dominate the ﬁrst and, in turn, leads to a net decrease in spending.

Expanding deductibility will have numerous other beneﬁcial effects. Most notably, it will unambiguously reduce the rate of uninsurance. The most important cause of uninsurance is the high cost of health care. As we show, full deductibility signiﬁcantly reduces the net cost of care for many of the uninsured, even those with moderate incomes. In addition, because the tax change allows the deductibility of out-of-pocket health care expenses only with the purchase of insurance, it creates a signiﬁcant incentive for the currently uninsured to purchase insurance.

The tax change also enhances the fairness of the federal income-tax system. Under current law, individuals whose employers decline to offer them insurance are penalized because they must purchase it with after-tax income. Tax deductibility would promote tax simplicity by replacing the myriad of currently available special health care tax deductions discussed above with a single deduction equally applicable to all individuals.

Finally, deductibility would increase the progressivity of the tax system. Although marginal tax rates are higher for higher-income people, the fact that lower-income people have higher (currently taxable) out-of-pocket spending more than compensates for this effect.

The time to implement these reforms is now. Failure to do so will exacerbate the problems of wasteful cost growth and a lack of insurance.

We combine the policy of full deductibility with other important changes to federal tax policy. To make it easier for individuals and families to save for expenses not covered by higher-deductible insurance, we propose allowing all individuals to contribute $1,800 per year ($3,700 maximum per household) to a health savings account, conditional on the purchase of insurance that covers at least catastrophic expenditures. As with current HSAs, balances may be spent on the health care of a relative, and those not spent on health care could be carried forward tax-free.

Funds withdrawn for purposes other than health care would be subject to income tax. Recipients of health care tax credits (described below) could deposit funds in a health savings account if they wished. The purpose of these proposed changes is to make the current law governing HSAs less prescriptive and, thereby, to encourage greater use of HSAs.

To improve the health care "safety net" for very-low-income households, we propose a refundable tax credit to offset their health expenses. While our proposal to make out-of-pocket medical expenses tax-deductible offers important beneﬁts for many low- and middle-income working families, it does not help families that pay little or no income tax.

The second area in need of policy reform is the regulation of markets for health insurance. Like the tax preference, the unintended consequences of inefﬁcient insurance regulation are to drive up costs and increase uninsurance. We propose that insurance companies that meet certain federal standards be permitted to offer plans on a nationwide basis free from costly state mandates, rules, and regulations. With this change, insurance would become available to individuals and small groups on the same terms and conditions as those currently available to employees of many large corporations who, because of a quirk in federal law, have been exempt from state insurance regulations for more than thirty years.

Given that approximately half of the insured U.S. population already obtains its insurance in what is effectively a federal market, this reform will not lead to radical or unpredictable changes in consumer protections. Federally certiﬁed health-insurance products would be required to meet all federal regulations that currently govern the provision of health insurance for large employers; there would be no rollback of existing federal health-insurance protections.

We must also fundamentally redesign Medicare and Medicaid.

There are several beneﬁts to creating a federally certiﬁed market for health insurance. Most importantly, this change will foster a more competitive, efﬁcient, non-group health-insurance market that will enable individuals to obtain a greater variety of lower-cost alternatives. The lower cost will induce more people to buy insurance and, thereby, increase the size of risk pools—which will, in turn, further strengthen markets for insurance. In addition, a federal market will increase the portability of health insurance by making it easier for people to keep their insurance when they move across state lines.

Regulation of markets for insurance can be improved in another important way. To help competitive insurance markets provide affordable insurance for people with predictably high medical expenses year after year who lack sufﬁcient resources to ﬁnance them, we propose making such people eligible for a subsidy to purchase insurance in the new nationwide market. A public-private partnership between the federal government and insurance companies would administer the subsidy.

To be eligible, chronically ill persons would have to have been covered by insurance in the past and have insufﬁcient resources to pay for their own coverage. Previous research has shown that states’ current responses to the problem of the chronically ill—high-risk pools and insurance- rate regulation—have not addressed this important health policy problem. A targeted subsidy to those who are needy and suffering from insurance-market failure would provide a far more cost-effective solution.

The principles underlying the case for tax policy and insurance-market reform also have implications for government programs. To make individuals and health care providers more aware of the real resource costs of their decisions, the Medicare and Medicaid programs should have greater cost sharing. Of course, the extent of such cost sharing must take account of beneﬁciaries’ income and health status to avoid preventing them from obtaining necessary care.

Nonetheless, there is considerable room for change. The extent of cost-sharing in Medicare has fallen by approximately one-half since the 1970s. In particular, had Medicare’s Part B (outpatient services) deductible kept pace with the increase in health spending, it would be approximately $700 today; instead, it is $162. At the very least, any future additional transfers to beneﬁciaries should come in the form of reductions in the growth in premiums, not reductions in copayments, which implies that the programs’ cost-sharing going forward should increase at the rate of health spending growth.

Simply changing demand-side incentives in Medicare and Medicaid, however, is not enough. We must also fundamentally redesign the two programs. Medicare should be transformed into a program that gives beneﬁciaries a risk-adjusted payment with which to purchase coverage in a regulated marketplace. However, the current rules that limit Medicare Advantage plans’ freedom to offer beneﬁts that differ from traditional fee-for-service Medicare must be changed. In particular, plans must be allowed to offer choices that involve signiﬁcantly more cost-sharing and / or other controls on the use of services. Medicaid should be transformed into a block grant to the states. The current structure of the program allows both federal and state governments to avoid bearing budgetary responsibility for their beneﬁts and eligibility decisions and thereby creates powerful disincentives for cost control.

We also propose reforms in three additional areas: better provision of information to providers and consumers; an explicit public goal to control anticompetitive behavior by doctors, hospitals, and insurers; and reforms to the malpractice system to reduce wasteful treatment and medical errors.

In each of these areas, research has indicated signiﬁcant opportunities to achieve improvements in medical productivity that exceed the cost of the reforms. Taken together, these changes harness the power of markets for health insurance and health care to deliver higher-value health care to Americans. They also allow markets to focus insurance and care arrangements more on individual needs. And better incentives promote consumers’ ability to be cost- and value-conscious shoppers, as well as providers’ accountability for quality and innovation in therapies, drugs, and medical devices.

While the sweep of the reforms is radical, each change can be implemented as an incremental reform of the present U.S. health care system. The time to implement these reforms is now. Failure to do so will exacerbate the problems of wasteful cost growth and a lack of insurance. It will also increase the pressure for more public intervention, with adverse consequences for innovation and ﬂexibility. These problems have been magniﬁed by the Patient Protection and Affordable Care Act of 2010, which put the crucial ﬁrst step of cost containment and innovation in the back seat of a car driven by costly expansion of access within a system of ﬂawed incentives.

With this stark choice, health care is likely to be the center stage of domestic policy debates over the next decade.