She fundamentally misunderstands how capital and labor markets function. 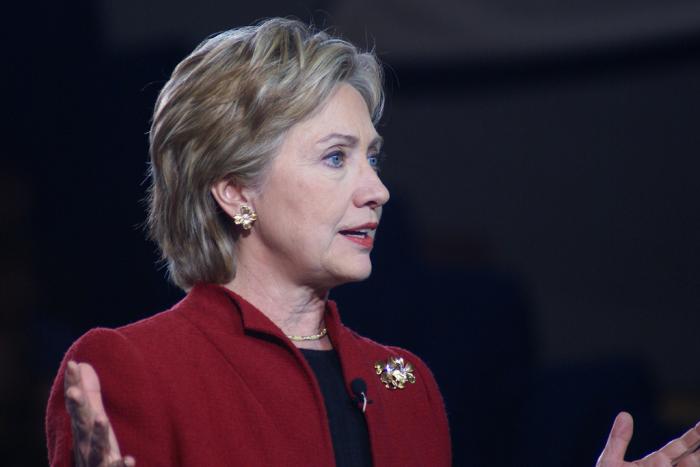 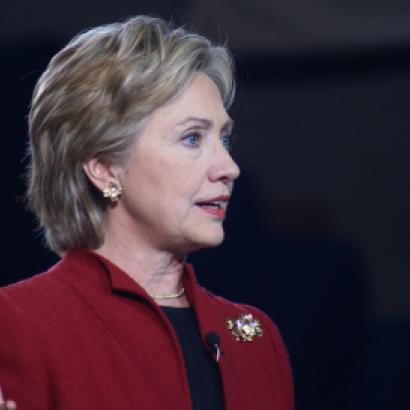 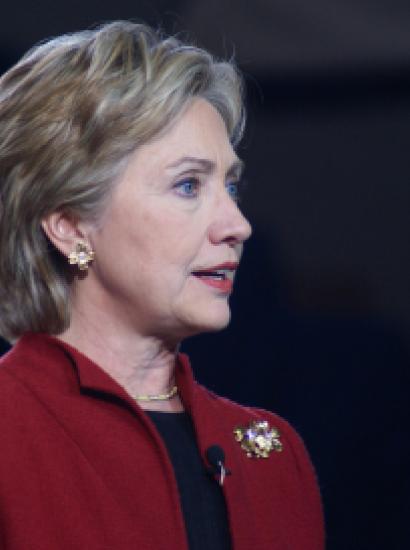 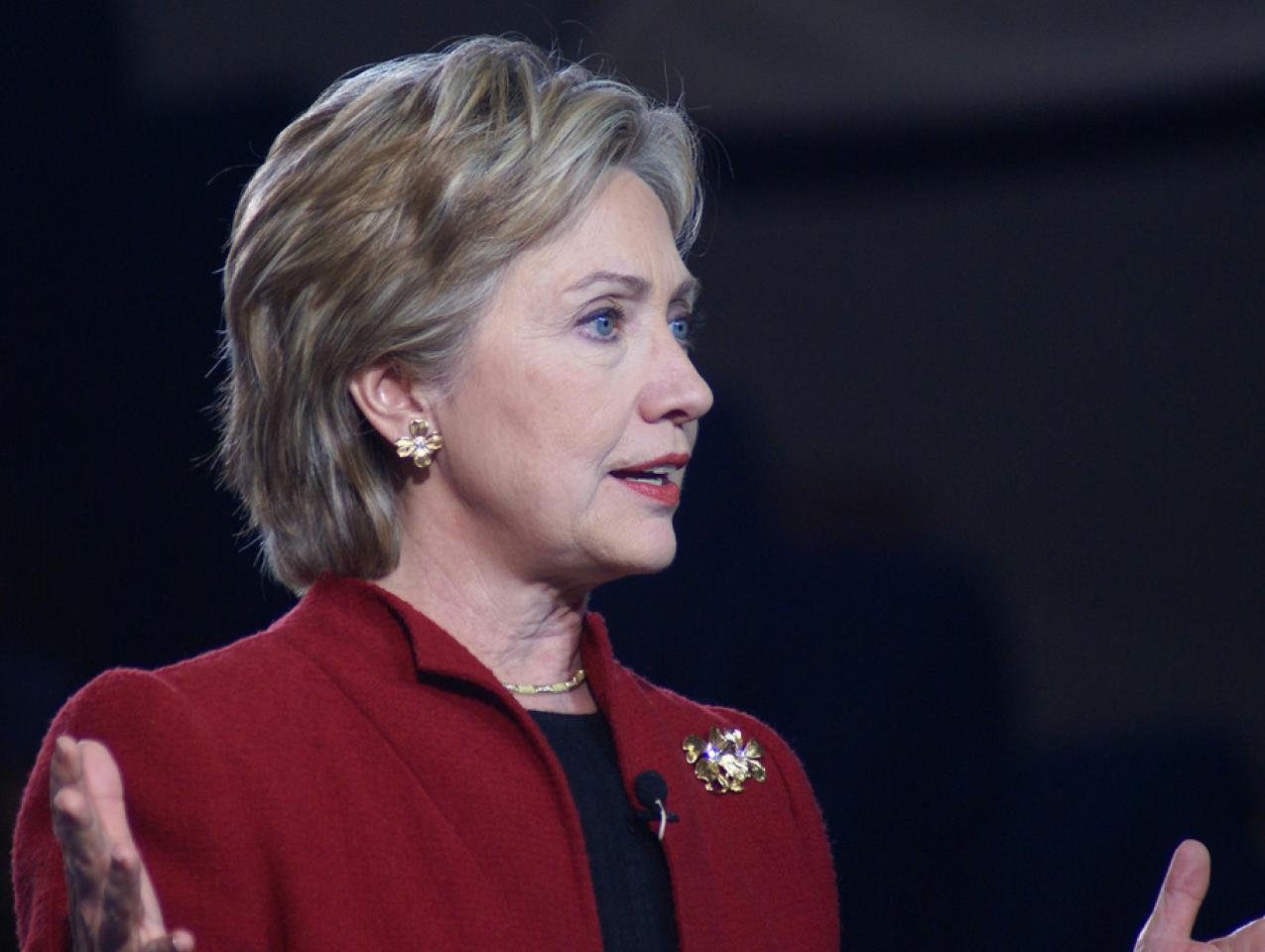 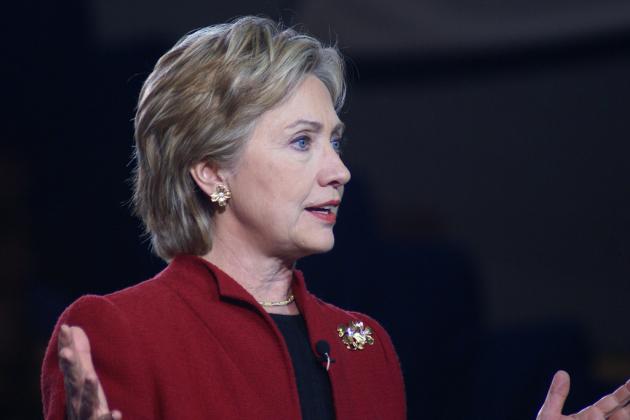 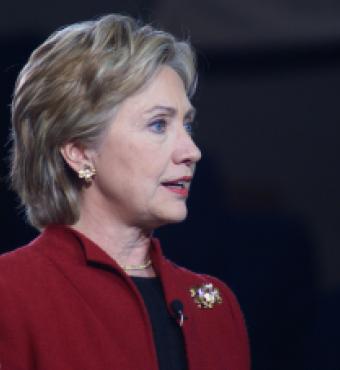 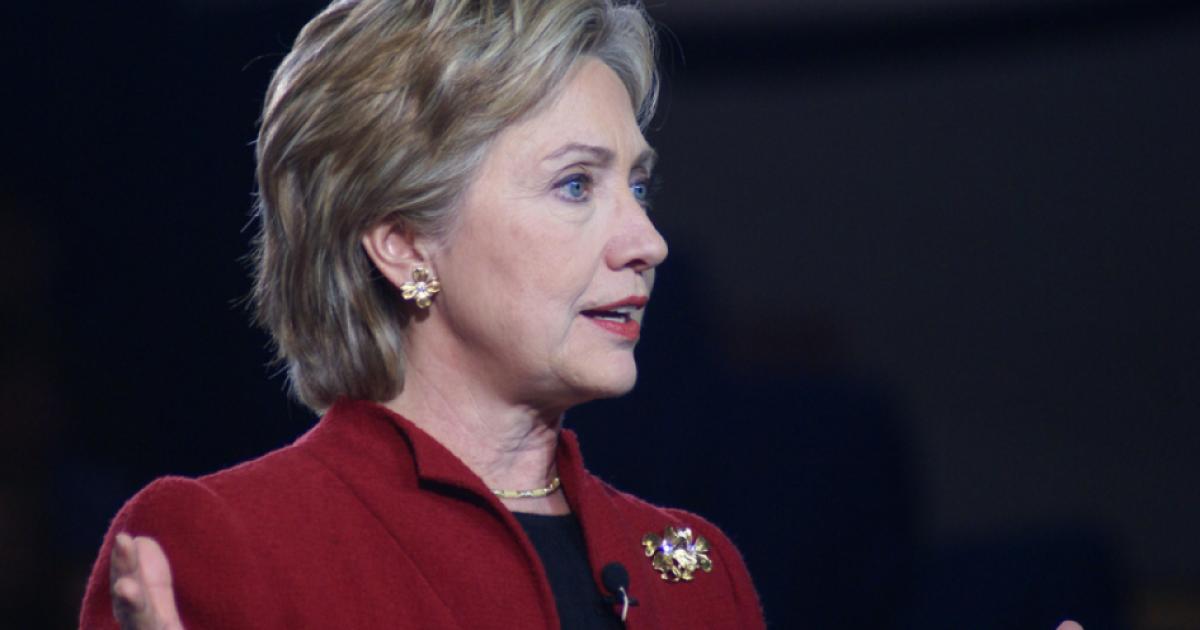 In her recent speech at NYU Stern School of Business, Hillary Clinton put forward a suite of proposals for responding to what she termed “quarterly capitalism,” which leads corporate executives to favor short-term income at the expense of sustainable long-term growth. The single most important feature of her speech is what she did not mention—removing or weakening taxes and regulations that shackle today’s overregulated economy.

In her uneasy effort to sound like a responsible version of the irrepressible Bernie Sanders, she tried to fuse together two progressive themes that are difficult to marry to each other: the promotion of economic growth and greater wage equity, especially for workers at the bottom end of the income scale.

The most novel aspect of her corporate program is to increase the capital gains tax on short-term investments in order to incentivize key corporate officers to invest in the long haul by having high-income taxpayers monitor their behavior. Right now short-term capital gains on assets held for less than one year are taxed at ordinary income tax rates, which tops out at 39.6 percent, to which is added a 3.8 percent net investment income tax, for a total of 43.4 percent.

The Clinton proposal is to double that short-term period, and then to slowly decrease the excess burden over the next four years, until in the sixth year the long-term capital gains rates (which top out at 20 percent) will kick in. This proposal only applies to the top 0.6 percent of families whose incomes are over $465,000 per year. Its purpose is to encourage corporate CEOs to work for long-term gains and to treat their workers as “assets.”

Unfortunately, Clinton’s proposal won’t work. It rests on a number of unexamined assumptions. The first is that companies currently manage exclusively to short-term numbers. To be sure, such numbers provide a useful benchmark that gives guidance to investors and workers alike. Stock prices can move sharply up or down on these reports.

But in general that responsiveness is a good and not a bad thing, because that one quarterly number reduces the cost of monitoring overall firm performance, which, in turn, allows all investors to punish bad and reward good performance. This brute fact is why no one wants to prohibit firms from disclosing that number. That one number, moreover, influences every market participant, not just the tiny sliver of people at the top.

The quarterly number is of course not the be-all and end-all measure of corporate behavior. The typical statement will also contain all sorts of footnotes that make it possible for firm analysts to determine how both accrued (not yet paid or collected) and contingent (which may or may not come to pass) revenues and liabilities influence long-term growth. In addition, the Securities and Exchange Commission requires an extensive Management Discussion & Analysis narration of the public firm’s annual report.

These detailed materials are not for everyone, but for the small group of professional analysts that follow individual companies. These professional analysts often have influence over large pools of capital and can base their investment decisions on long-term prospects. Clinton has presented no evidence that this process is out of whack, or more precisely, out of whack in ways that her taxation proposal can address.

Start with this question: Is the proper object of taxation income or consumption? Right now, we tax income, but as a matter of principle that decision is highly suspect, because of the extra taxation it places on personal savings, savings that become the capital investments Clinton wants. Any capital gains tax, either long-term or short-term, exerts a lock-in effect on investors that makes them reluctant to sell their current investments to buy new ones.

An investor who pays a 20 percent capital gains tax to the government has less money to invest in a new project relative to an old one. Thus, he may well be reluctant to make that shift even if the new investment promises a higher rate of return than the old investment. The numbers may not add up given that he is working off a smaller investment base. A decision that reduced the capital gains to a zero rate would, after transactions costs, leave the same amount of money to invest in the new project, which makes it easier for capital to move to its higher value use. In the alternative, the zero tax rate could be extended only to those capital gains that are reinvested in other similar ventures within, say, a 30-day period.

Note that the dangers of lock-in explain why the Clinton proposal is upside down. First, the Clinton proposal is likely to reduce tax revenue as it lowers the rate of investment and postpones the turnover among investments. This second consequence is very serious because a sensible investment strategy depends on skilled investors cashing out of mature investments that are now lower risk in order to reinvest in new high risk ventures that can benefit from their expertise.

Revenue consequences aside, Clinton is wrong to think that the best way to monitor a weak investment is for rich investors to be prepared to go down with the ship. Most individuals, however wealthy, have only the tiniest sliver of ownership in any large corporation, and thus have little incentive to monitor its performance given their high private costs. But selling shares, which puts a downward pressure on the firm’s value, is a wonderful way to attract the attention of insiders that something is wrong. It also increases the possibility that new share buyers will have a sufficiently large block of stock such that they will be in a better position to deal with the shortcomings of the existing corporate culture.

Clinton in her speech berates many activist investors for their short-termism. But this point is exactly backwards. The ability of activists to acquire large blocks of stock can allow them to demand fundamental structural reforms in the company, or to claim for themselves seats on the corporate board where they can make fundamental changes in corporate strategy, including the sale of underperforming corporate assets or the replacement of ineffective corporate managers.

The point is especially true when we take into account the way in which many people, including rich owners, hold their stock. For a variety of reasons, it is generally unwise for individuals to hold stocks of individual companies. Those investments could lead to an under-diversification of risk, which exposes them to sharp downfalls that occur in either a particular sector or a particular firm. Such risks are avoidable by holding well-diversified portfolios.

In addition, many high-income individuals, such as executives, bankers, and other professionals, do not know their next assignment from one end of the year to the next. But they are keenly aware that they work under all sorts of business and legal restrictions against trading on inside information of the sort that Clinton wants them to acquire. One wrong transaction can put any of these professionals on the wrong end of firm sanctions or a criminal investigation. The best way to avoid this risk is to turn over all portfolio investments to an independent manager. Indeed, in some cases the pressures are so strong that it is best that the investments be held in a blind trust where the beneficiary knows nothing about individual holdings, but only about general investment strategy.

Given these strong business pressures, the better strategy for virtually all investors, whether well heeled or not, is to find some institutional intermediary to run interference by making all key investment decisions. One way to do that is to buy directly into mutual funds with other private parties. Still another way is to hire a personal financial advisor who can direct that task of asset allocation across different classes of assets—stocks, bonds, real estate, cash—usually held in mutual funds. At this point, the individual investor is two levels removed from the actual control of corporate activities.

Even for those hardy individuals who make their own investment decisions, huge fractions of their wealth are in pension plans that operate in a tax-free environment until distributions are made years later when they reach retirement age. For this large group of persons, no tax treatment can possibly make a difference in how these private owners (or their managers) view their operation. Quite simply, the Clinton proposal takes into account none of the complexities of current market structure in requiring persons to take long-term positions in firms, assuming that such positions will lead to appropriate forms of pressure.

Nor is it clear that any of the pressures she hopes to create will lead to her general goal that asks for firms to treat their workers as long-term assets. The initial question here is—why don’t employers do this right now? The short answer is that they do: managing “human resources” is right at the top of the list of key corporate functions. No firm can hope to survive if it gives short shrift to its worker base, which includes the large number of lower income workers on which its activities depend. In the large corporation, that long-term planning pays especial attention to skilled workers in high income positions.

The recent salary evidence makes it painfully clear that the wage gap continues to rise between those workers that have marketable skills and those that don’t. An oil company during an energy boom needs to hire petroleum engineers, but not janitors, on its long-term payroll. Janitorial work is better outsourced to independent firms that can deal with the formidable regulatory barriers to hiring low-wage workers in nonskilled areas.

Indeed, the workers who are cast out of the corporate network will have to find jobs in small firms, often run themselves by middle and lower income owners who have to struggle to stay in business because progressives like Clinton know exactly how those owners should run their businesses. The recent evidence suggests that the Obama administration’s proposed regulations to expand the number of hourly workers entitled to overtime protection under the Fair Labor Standards Act will provoke prompt business efforts to cut overtime and reshape business to minimize that burden.

In the end, we get the perfect populist storm: Tax proposals that will not help reform the corporate sector are justified in order to promote labor reforms that will cripple labor markets. The one law that even Clinton cannot repeal is the law of unintended consequences.