Hobby Lobby vs. the Contraceptive Mandate

The Supreme Court’s conservative majority should have been more principled in its defense of religious liberty. 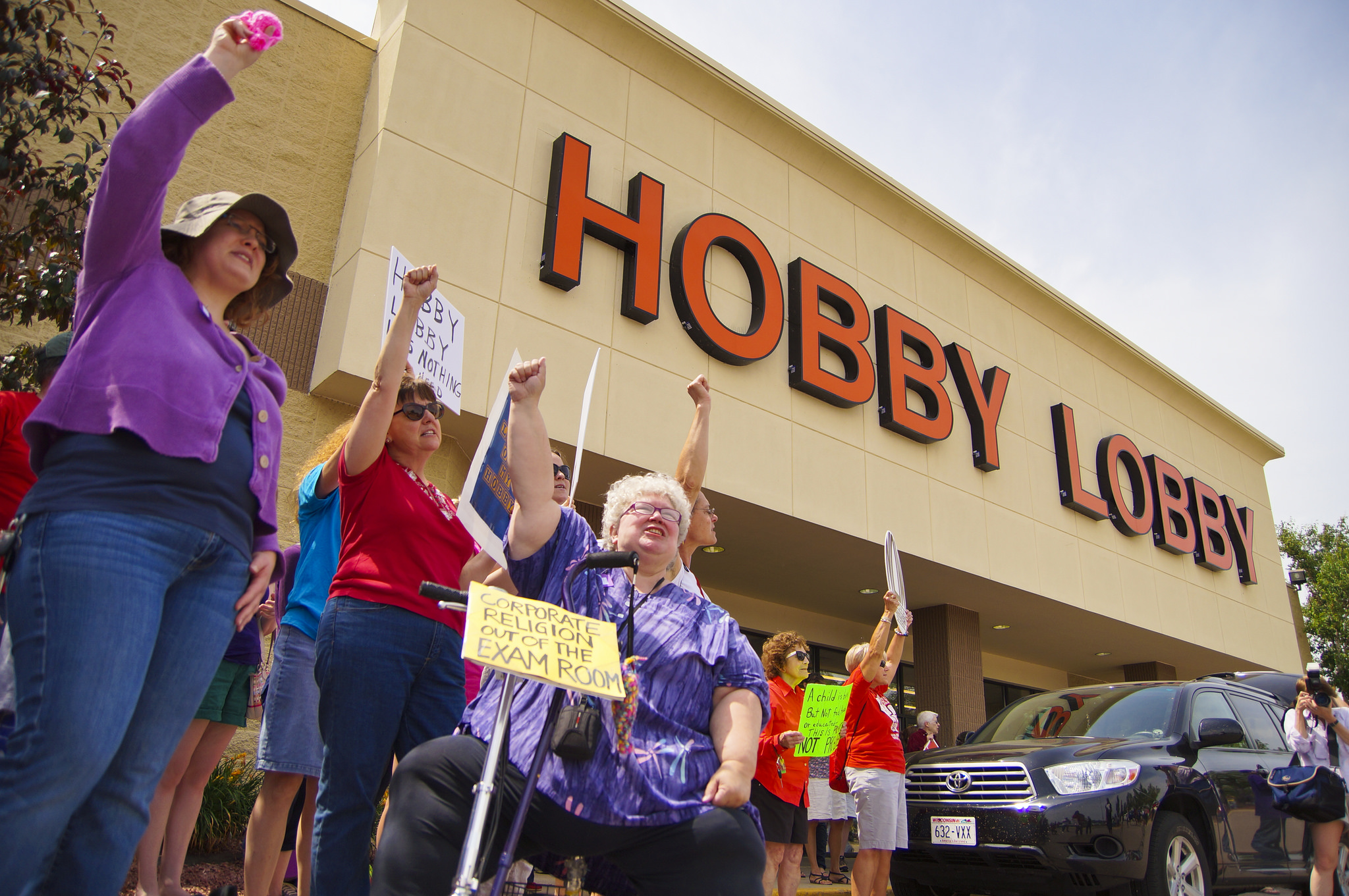 Hobby Lobby vs. the Contraceptive Mandate 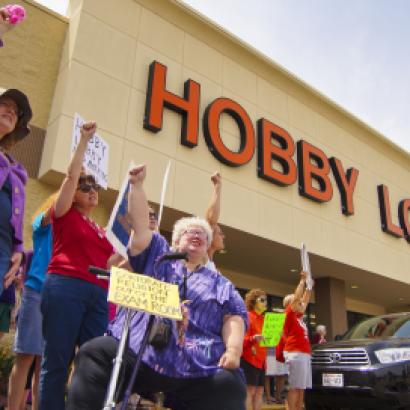 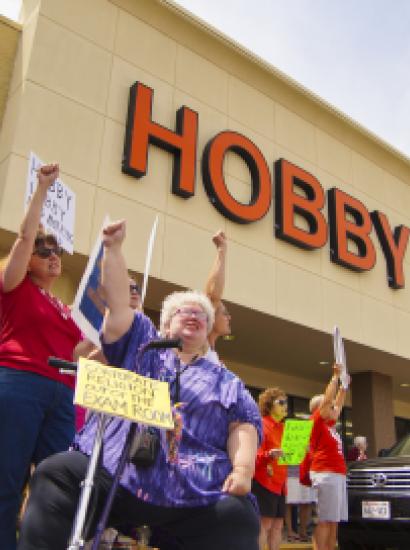 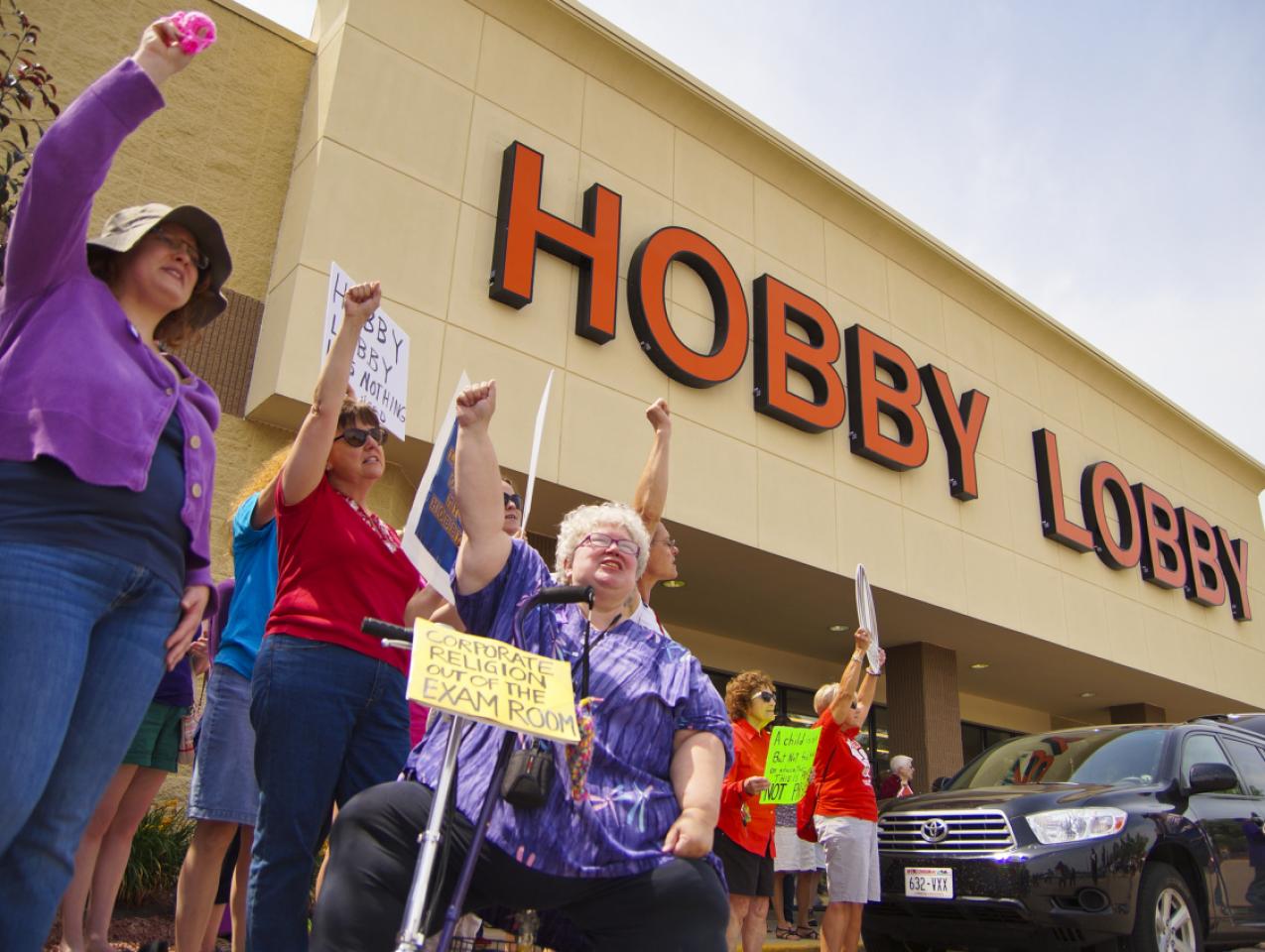 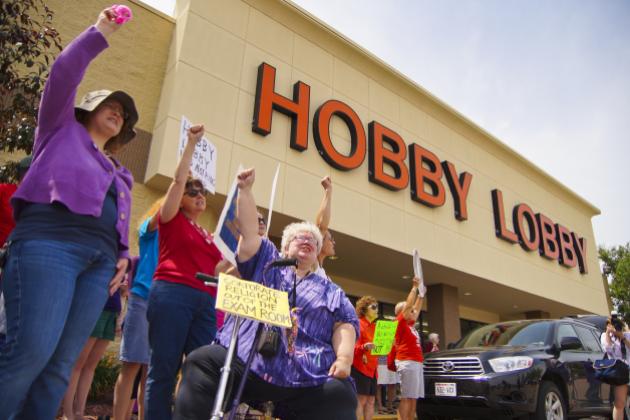 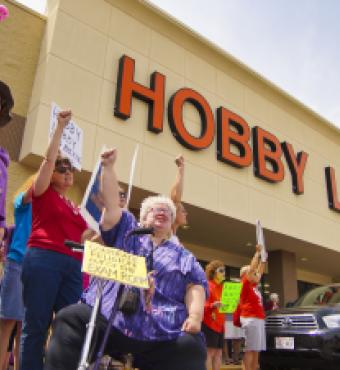 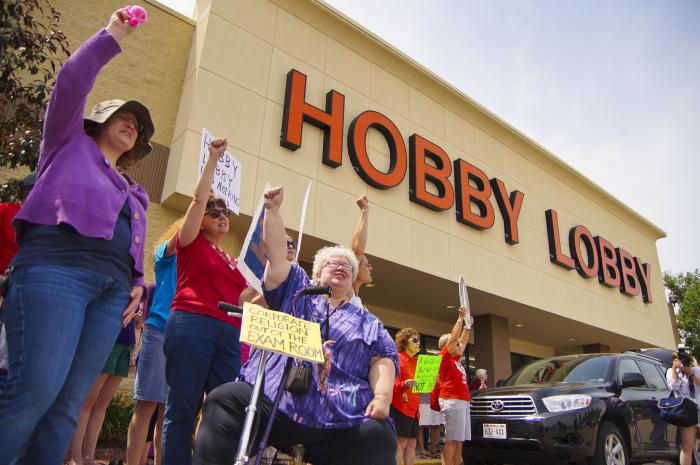 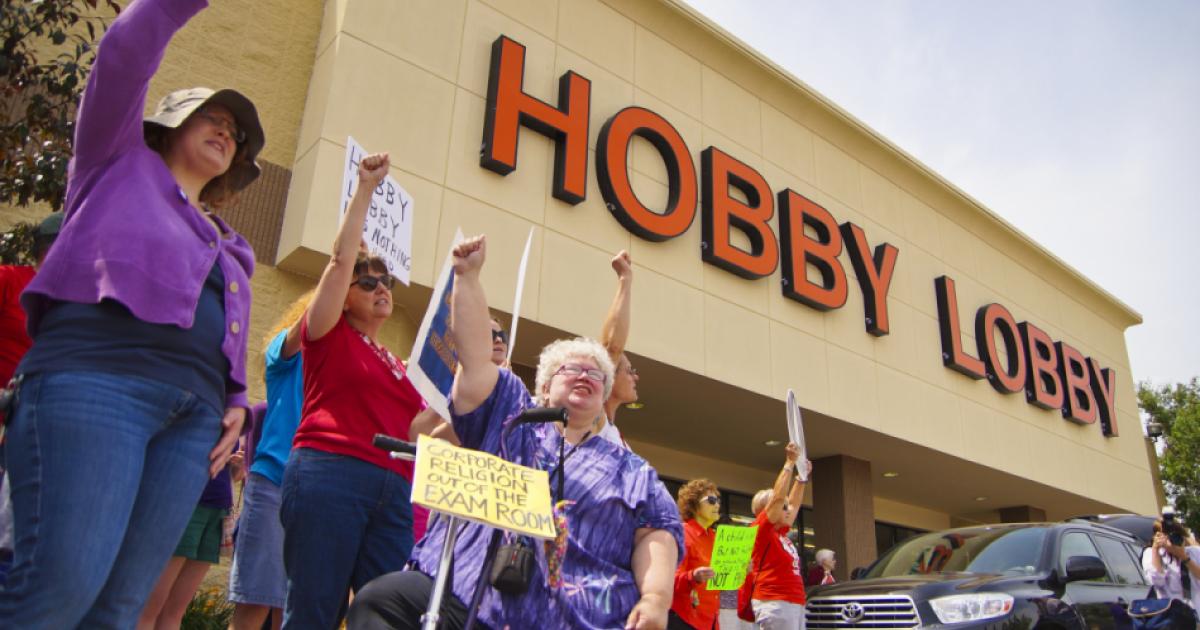 On June 30, a bitterly divided Supreme Court invoked the Religious Freedom Restoration Act (RFRA) to strike down the regulations of the Department of Health and Human Services (HHS) that imposed a contraceptive mandate on some employers covered by the Affordable Care Act. The ACA requires covered employers to supply “preventive care and screenings” to women “without any cost sharing requirements.” But it leaves its implementation to the HHS, which did not have to extend it to contraceptive devices or abortion procedures.

HHS took an aggressive stance about the scope of its powers. To be sure, under pressure, HHS exempted churches entirely from the mandate. For other religiously-oriented businesses and associations, including religious hospitals and universities, it only required that their healthcare insurer supply the needed coverage without charging back any of its costs to the protected institutions. But incorporated family-owned businesses like Hobby Lobby received no reprieve from the ACA to act in accordance with their Christian beliefs. In order to avoid paying, as it had always done, for four forms of contraception that could interfere with embryonic development after conception, Hobby Lobby faced this choice: either cancel all coverage or pay large fines.

Legal Challenges under the RFRA

The company’s legal challenge to the contraceptive mandate relied on these key provisions of Religious Freedom Restoration Act:

Government shall not substantially burden a person’s exercise of religion even if the burden results from a rule of general applicability, except as provided in subsection (b) of this section.

(1) is in furtherance of a compelling governmental interest; and

(2) is the least restrictive means of furthering that compelling governmental interest.

This 1993 statutory provision did not arise out of whole cloth. Rather, as its statutory findings noted, it adopted to undo the effects of the 1990 Supreme Court decision in Employment Division v. Smith, where “the Supreme Court virtually eliminated the requirement that the government justify burdens on religious exercise imposed by laws neutral toward religion.” Under Smith, for example, the United States Army could compel all observant Jews and Muslims to eat pork every day of the week as part of a general military practice. RFRA recognized that Smith represented a startling and widely unpopular departure from previously accepted constitutional principles. Let’s address each of the three statutory issues in turn.

Substantially Burdening Any Person. This phrase raises two related issues. First, does a corporation count as a person for the purpose of this amendment? In some sense, the question is quite irrelevant. A corporation is an abstract entity that exists solely for the sake of legal purposes. However, its shareholders are anything but abstract entities. With public corporations, the diverse group of shareholders is likely to be indifferent to supplying contraceptive and abortion coverage, which is why Justice Alito’s opinion sensibly limited its scope to closed corporations whose shareholders had a uniform point of view. It would be nuts to tell a family partnership that it loses all constitutional protection by incorporating under state law. Indeed, even if the corporation were for some reason not protected, its shareholders surely are. It thus makes perfectly good sense to allow the single corporation to simplify litigation by suing on behalf of all of its shareholders.

Nor should there be any doubt that ACA regulations “substantially burden” this free exercise right. Supreme Court cases have long recognized that individuals have both associational and individual First Amendment rights. Indeed, in a case handed down the same day as Hobby Lobby, the Supreme Court held in Harris v. Quinn that Illinois could not force home-care workers for disabled individuals (often family members) to join a union that bargained with the state on their behalf as supposed “joint employees” of the state.

For these purposes, however, the instructive opinion is Justice Elena Kagan’s dissent in Harris v. Quinn. She defended the 1977 synthesis of Abood v. Detroit Board of Education, which held that individuals did have a strong First Amendment claim not to make forced contributions to the political activities of the union, even if they could not refuse to support the union’s collective bargaining activities. The parallel to the free exercise clause is exact. There is no way that under the RFRA Hobby Lobby could opt out from the ACA altogether. But it can opt out from making contributions to causes that clash with its fundamental religious beliefs.

Compelling State Interest. The findings of the RFRA, moreover, make it clear that the government cannot show any compelling state interest to justify its restriction on Hobby Lobby’s religious liberties. Unfortunately, commentators like Ryan Grim on Huffington Post are silly enough to ask whether the Court would “make an exception to murder for the deeply religious?” It is always a compelling state interest to protect people against physical harm, including religious sacrifices. By the same token, the state can limit religious freedom to protect the public against foreign invasions, internal disruption, and natural disasters. But the standard to do so is high.

A more detailed analysis of the history of health and safety regulations confirms this interpretation. Today, by common consent, constitutional law cannot be used to strike down the ACA’s massive interference with freedom of contract. Before the New Deal, however, the applicable standard provided that the constitutional protection of freedom of contract yielded to federal or state regulation that used reasonable means to advance the health and safety of employees under the government’s residual police power. But not one decision during that period ever concluded that the police power extended to protecting personal healthcare unrelated to the workplace activities. Thus, states could pass a worker’s compensation law to deal with job-related injuries, or impose restrictions on exposure levels dangerous to female reproduction. But they could not require any employer to supply its female (or male) employees with a full set of healthcare services unrelated to their job. Only the constitutional repudiation of the pre-New Deal cases on liberty of contract made the ACA possible, for its limitations on contractual freedom are tested under the toothless rational basis standard.

Rational basis has no place under the RFRA, which requires the state to show that the supposed compelling interest in women’s healthcare justifies a statutory mandate that disrupts all preexisting practices whereby firms did not supply the mandated contraceptive services. But women’s healthcare is no more a compelling interest than men’s healthcare. The elaborate ACA legislative findings that uninsured women need healthcare fail miserably to explain the employer’s duty to subsidize anyone’s healthcare. Neither the ACA’s legislative history nor the Justice Ginsburg’s dissent identifies any systematic market disruption remotely comparable to natural disasters, domestic uprisings, and foreign invasions. The orderly private market for contraceptive services negates any government necessity to make employers pay for them. Nothing in the RFRA, of course, prevents the state from providing those benefits out of general revenues.

Least restrictive means. Once these first two issues are correctly resolved, there is no reason to ask whether one has chosen the least restrictive means to achieve something that falls far short of a compelling state interest. The case is decided at the second stage, so that it is unnecessary to ask whether the HHS’s gimmick of asking insurers to bear that obligation at no additional cost passes muster under the RFRA.

Justice Alito stated explicitly that supplying Hobby Lobby with the same option that is made available to specifically religious organizations was a less restrictive means to achieve the desired goal. But several days later, the six male justices imposed a temporary order on the federal government in Wheaton College v. Burwell that held open the possibility that Wheaton’s insurer could not be forced to pick up the slack. That decision opened the Court up to a blistering dissent from Justice Sotomayor, who asked why the Court backed away from an accommodation that it had endorsed just days before. The truth is that this issue would never have come up if Justice Alito had struck down the HHS regulations for want of a compelling state interest.

“The War Against Women”?

Unfortunately, many commentators have interpreted the court’s preservation of the status quo ante as the latest example of “the war against women.” Hillary Clinton claims that Hobby Lobby lets “the boss” impose its will on women.  Emily’s list says that we should “Stand with Hillary. . . if you agree that women should be able to make their own health decisions.”  Similarly, Senator Elizabeth Warren dismisses Hobby Lobby’s religious beliefs as some “vague moral objection.” A more accurate description is that Hobby Lobby resisted the state’s effort to “impose” its views of contraception on it. But in these objections, religious freedom never gets mentioned.

Alas, these women miss this point. Hobby Lobby is not seeking legislation to make healthcare decisions for its female employees or to ban their use of contraceptives. It only wishes not to be forced to pay for these services. If religious groups seek to impose their will on others by law, then they will not be protected by the RFRA. Rather their efforts would count as an unconstitutional effort to establish religion. But Hobby Lobby simply wanted to resist the imposition of state authority on its beliefs—a perfectly reasonable and Constitutional position, which the Supreme Court rightly upheld.