The diverse research initiatives at the Hoover Institution are a microcosm of the institution’s activities advancing its mission of putting forth leading scholarly research to inform and advise world leaders, policy makers, the informed public, and other scholars. 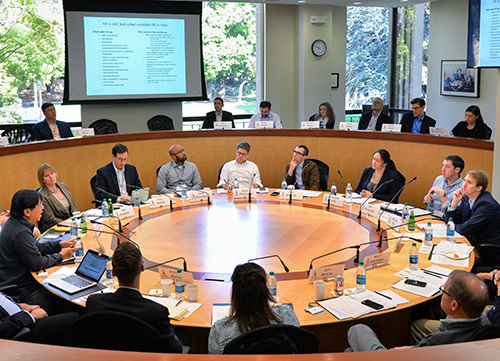 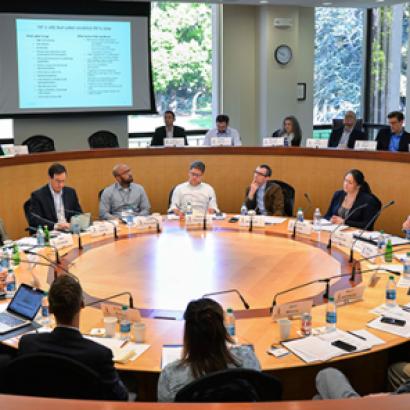 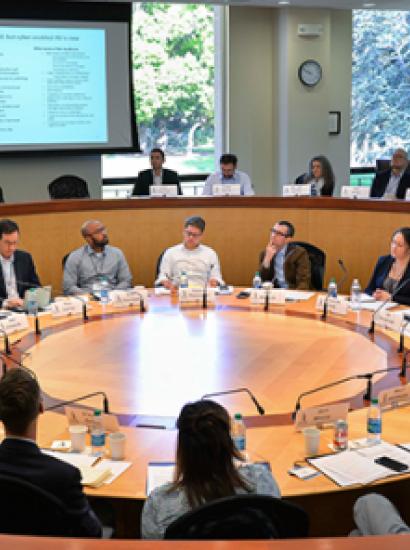 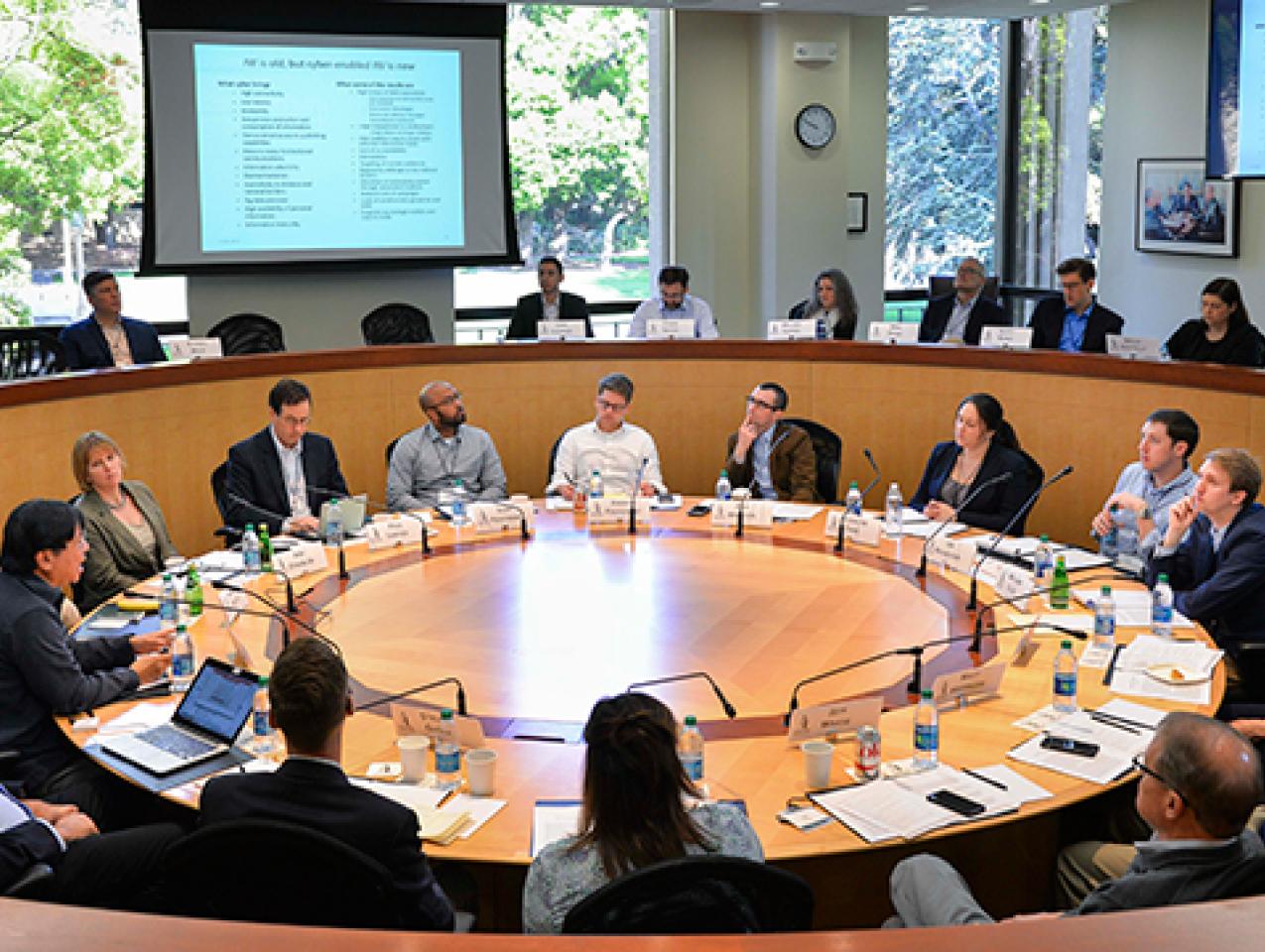 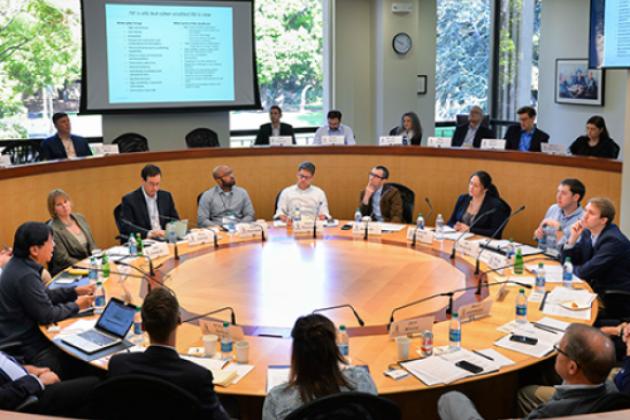 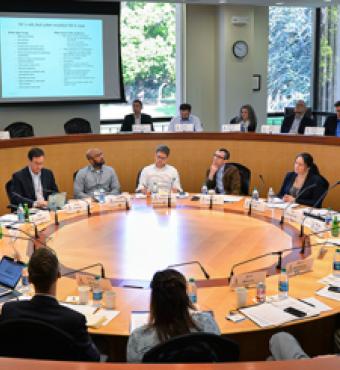 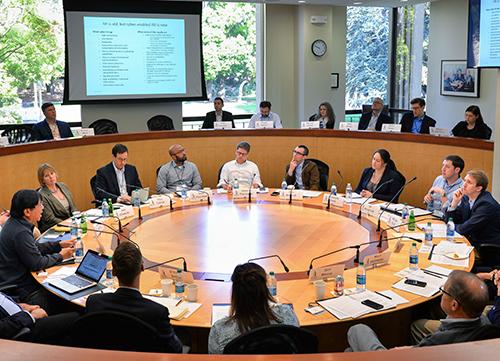 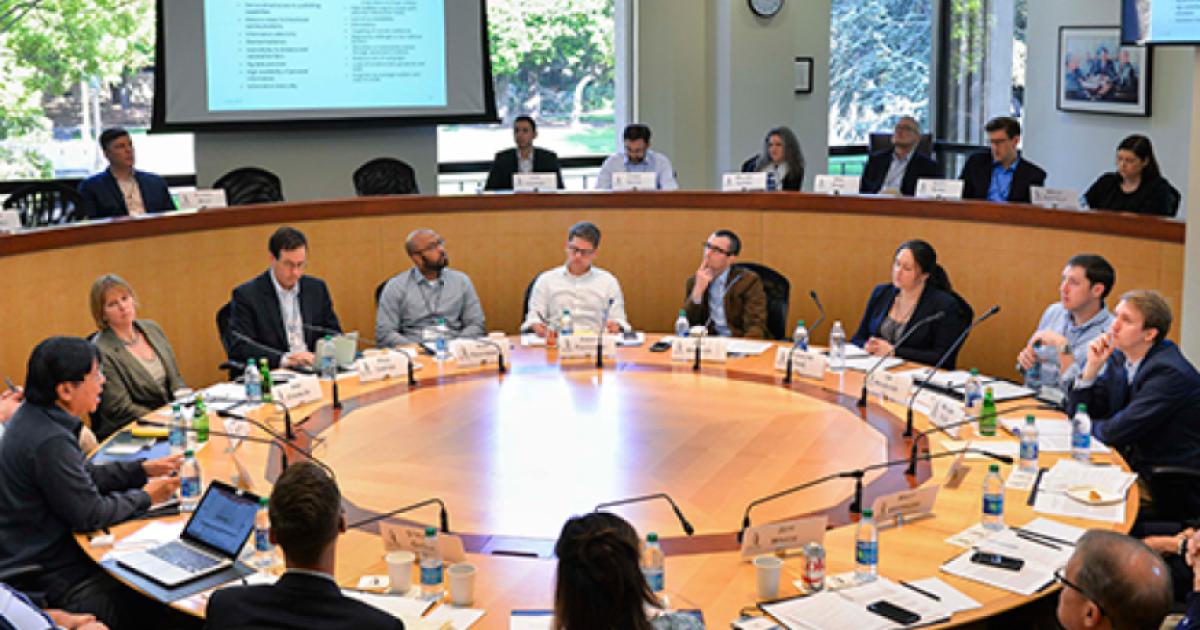 The Hoover Institution has long distinguished itself by providing perspectives gained from both scholarship and historical knowledge. Ahead of his time in many ways, Herbert Hoover was the original “great convener.” His dedication and support to collecting contemporary materials for archival purposes were decades ahead of other libraries at the time. Due to his foresight, the Hoover Institution became a widely renowned research library, which later grew to include an accompanying world-class research center. Hoover was absolutely committed to his library becoming a research institution that would offer guidance to humanity through the study of records of the past. The research center brought together distinguished scholars to examine the materials of the archives and to advance the institution’s research initiatives dedicated to the ideas of democracy and freedom.

Since the mid-1990s, Hoover’s institutional objective has been to establish a broad portfolio of research initiatives focused on specific policy areas. Through rigorous research and analysis, Hoover fellows provide the intellectual foundation for much of the contemporary policy debate, developing and supporting some policies and questioning and challenging others.

Today, the institution’s research capacity has grown to include a team approach to its research initiatives, which enables scholars to work collaboratively and also pursue individual agendas. Typically multiyear endeavors, research initiatives engage not only Hoover fellows but also experts from Stanford and other universities, research organizations, and businesses. The synergy created by convening leading thinkers and practitioners on particular policy issues results in a comprehensive vetting of ideas that are both exceptional and practical. These research teams analyze the pressing problems of our time from a variety of viewpoints, including economics, education reform, history, foreign policy, energy, and more. These teams are led by Hoover fellows, who help outline an annual work plan, set conference and meeting agendas, and moderate and guide discussions. Their prodigious research output consists of books, essays, journal articles, and media vehicles, including opinion editorials.

These diverse research teams are a microcosm of Hoover Institution’s activities advancing its mission of putting forth leading scholarly research to inform and advise world leaders, policy makers, the informed public, and other scholars.

The current active research initiatives at the Hoover Institution include the following:

Economic Policy Working Group
The Working Group on Economic Policy brings together experts on economic and financial policy at the Hoover Institution to study key developments in the US and global economies, examine their interactions, and develop specific policy proposals. This group hosts annual Monetary Policy Conferences, where experts discuss key economic issues.

Energy Policy Task Force
The Hoover Institution's Shultz-Stephenson Task Force on Energy Policy addresses energy policy in the United States and its effects on our domestic and international political priorities, particularly national security. As a result of volatile and rising energy prices and increasing global concern about climate change, two related and compelling issues have emerged as key adjuncts to America’s energy policy: threats to national security and the adverse effects of energy usage on global climate. The task force explores these subjects in detail.

Governance in an Emerging New World
George Shultz has observed that the world ahead will not be like the world behind us. His project on Governance in an Emerging New World explores the challenges to governance posed by changing demographics, the information and communications revolution, emerging technologies, and new means of producing goods near where they are used. Its contributors aim to understand the impact of these global transformations on our democracy, our economy, and our national security and inform strategies for how best to proceed in a rapidly changing world.

Immigration Reform Initiative Group
The Hoover Institution's Conte Initiative on Immigration Reform is the result of significant scholarly workshops and conversations among academics, politicians, and Hoover fellows who are concerned with America's current immigration system. The working group aims to improve immigration law by providing innovative ideas and clear improvements to every part of the system—from border security to green cards and temporary work visas. Hoover scholars and leading affiliated thinkers and reformers from both sides of the aisle contribute to these efforts. The group is united by one common theme: that our current system is broken and needs to be reformed.

Intellectual Property, Innovation, and Prosperity Working Group
Do systems of intellectual property frustrate or facilitate the inventive activities and entrepreneurial processes central to economic growth? This is a central question facing societies around the world, but there is a dearth of data-driven, peer-refereed scholarship that speaks to it. The Working Group on Intellectual Property, Innovation, and Prosperity (Hoover IP²) produces a body of impactful, peer-refereed scholarship. It does so by subjecting academic papers in progress to criticism and discussion by other academics, government officials, and representatives from the private sector.

Islamism and the International Order Working Group
The Working Group on Islamism and the International Order engages in the task of reversing Islamic radicalism through reforming and strengthening the legitimate role of the state across the entire Muslim world. Efforts draw on the intellectual resources of an array of scholars and practitioners from within the United States and abroad to foster the pursuit of modernity, human flourishing, and the rule of law and reason in Islamic lands—developments that are critical to the very order of the international system.

The Role of Military History in Contemporary Conflict Working Group
The Working Group on the Role of Military History in Contemporary Conflict examines how knowledge of past military operations can influence contemporary public-policy decisions concerning current conflicts. As the original name of Hoover Institution attests, military history lies at the very core of its dedication to the study of “War, Revolution, and Peace.” It is with this tradition in mind that this working group sets an agenda toward reaffirming the Hoover’s dedication to conducting historical research in light of contemporary challenges and, in particular, reinvigorating the national study of military history as an asset to foster and enhance our national security.