How Did The West Get Religious Freedom?

Institutional change was crucial in bringing about equality before the law. 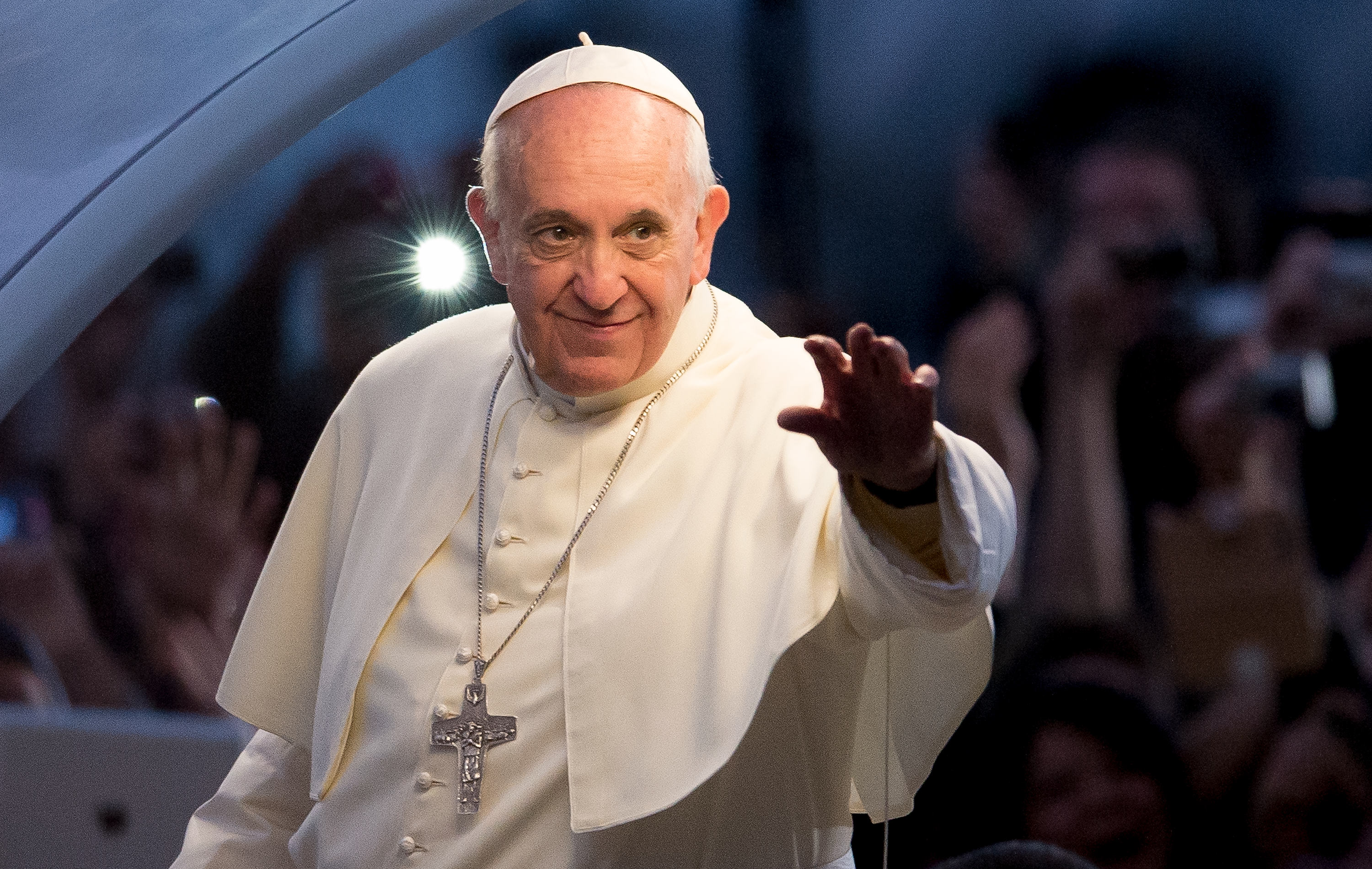 How Did The West Get Religious Freedom? 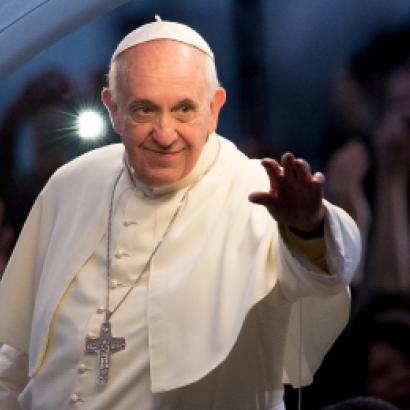 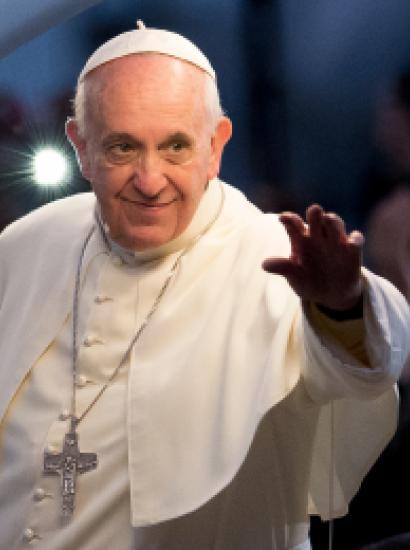 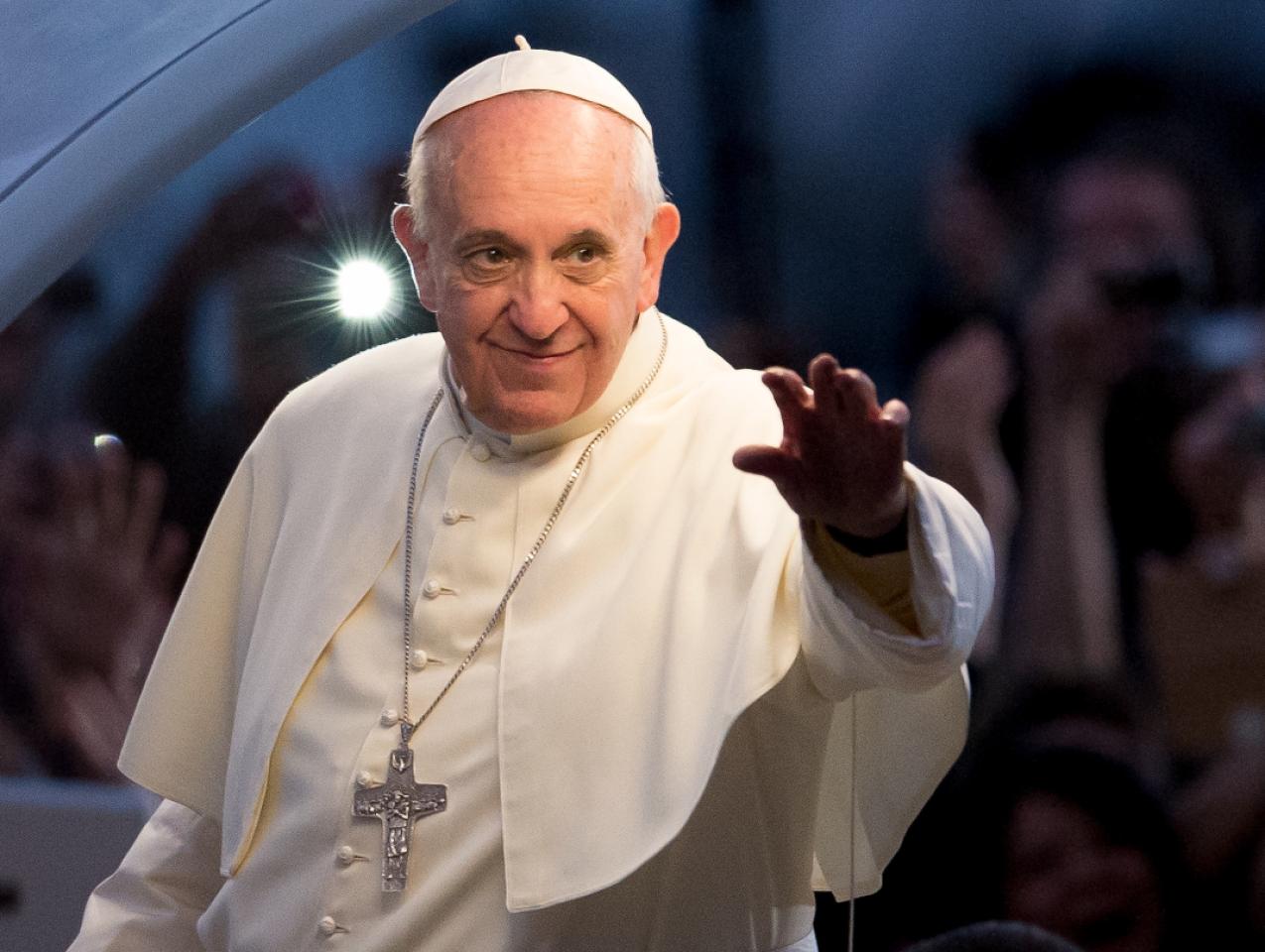 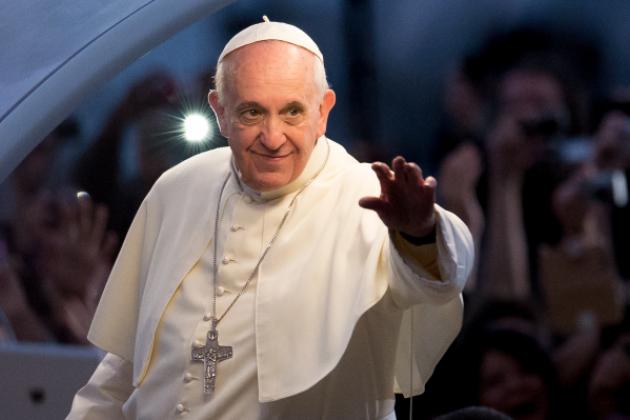 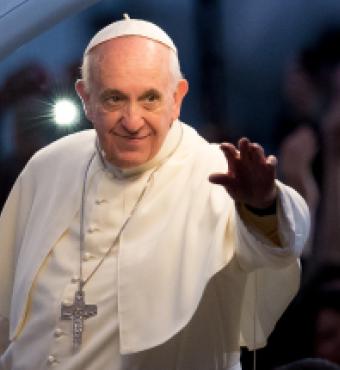 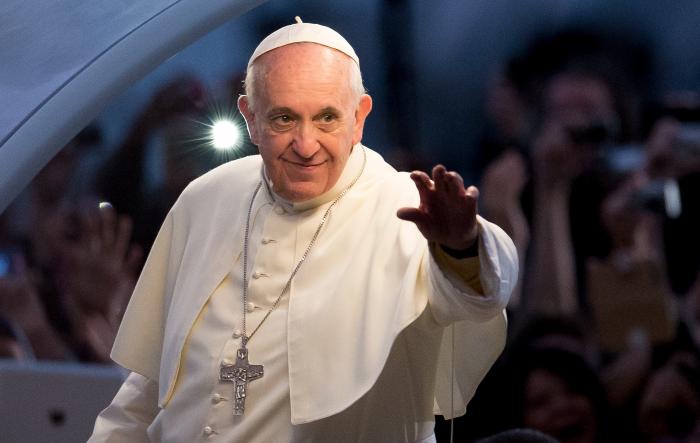 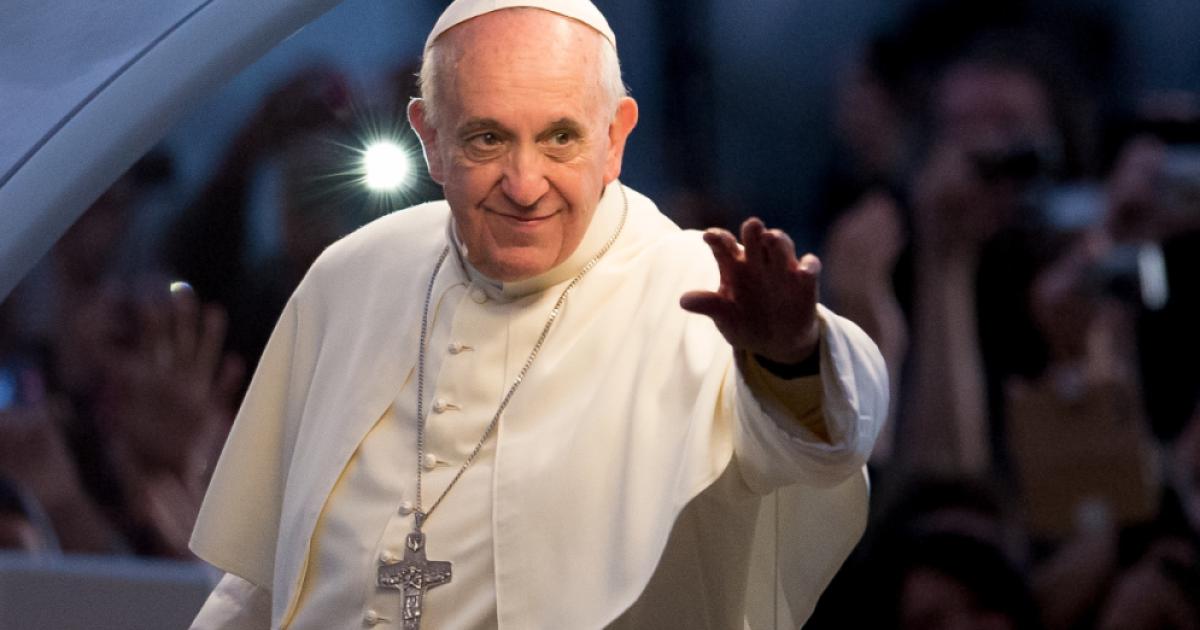 In the late fourth century, the Roman senator Quintus Aurelius Symmachus, a pagan, issued a plea for religious pluralism: “We gaze up at the same stars; the sky covers us all; the same universe encompasses us. Does it matter what practical system we adopt in our search for the Truth? The heart of so great a mystery cannot be reached by following one road only.”

Today Symmachus’s words resonate. They appeal to our society’s fundamental liberal values. They are a statement of religious freedom. But these words failed to persuade Symmachus’s contemporaries. In Symmachus’s last years, the Roman state made paganism illegal. Not until the Reformation would anyone again put forward as eloquent a case for religious pluralism in Europe.

Why did the case for religious liberalism fall on deaf ears? Why was religious compulsion so prevalent until modern times? Why did religious liberty eventually emerge in the West after around 1700?  And what factors were responsible?

In Persecution and Toleration: The Long Road to Religious Freedom, forthcoming with Cambridge University Press, I address these questions with my co-author and colleague Noel Johnson.

Numerous historians have documented the rise of the idea of religious liberty following the Reformation.  Pride of place is often given to John Locke and his Letters Concerning Toleration.  On the continent, the most important advocate for religious toleration was the French thinker, Pierre Bayle.

According to this account, Bayle and Locke’s arguments helped to shift the conversation against religious compulsion. By the mid-18th century, writers like Voltaire were satirizing the Catholic Church, and by the end of the century, elite opinion had shifted in favor of religious liberty.

We argue that institutions were critical. The institutional environment of the late Roman empire and medieval Europe was simply not hospitable for religious liberalism. This changed in Western Europe, at first gradually, and then decisively following 1700.

What did this institutional change involve?  To answer this question, one has to understand the central planks that upheld political order across premodern societies.

In the City of God, Augustine of Hippo tells the apocryphal story of a pirate captured and brought before Alexander the Great. When the Macedonian ruler asked him how dare he keep hostile possession of the sea, the pirate replied: “How do you dare to seize the whole earth? Because I do it with a petty ship, I am called a robber, while you who does it with a great fleet are styled emperor?”

This is a profound question. Addressing it brings us to the concept of political legitimacy. When is power legitimate?

The president of a modern democracy might respond to the pirate’s question by saying: “Because I was elected by the people in a democratic election.” An Egyptian pharaoh might answer that he was the embodiment of Horus and the son of Ra. A legitimate government is one that is perceived to be so. That is, the legitimation principle has to cohere with the beliefs of the population. An American presidential candidate who claimed to the embodiment of Horus would not get very far. This is because today the most important source of legitimacy is the people. For much of history, however, the most important sources of legitimacy were religious.

Religious authorities such as the Pope provided rulers with legitimacy. In return, rulers enforced religious conformity. It was a quid pro quo.

A second plank in the political order were identity rules. These are rules that target the social identity of the parties involved i.e. their religion, race, or language.

For example, criminal procedures varied according to social status. In ancient Rome, the testimony of slaves was extracted under torture. In medieval England, commoners guilty of treason were hung, drawn, and quartered, but the nobility were spared such a degrading punishment and simply beheaded. Churchmen enjoyed the benefit of clergy, exempting them from secular punishments for many crimes. Sumptuary laws proscribed dress codes. In Europe, Jews were restricted from particular occupations, prohibited from hiring Christian servants, and sometimes forced to wear badges or hats to distinguish themselves. In the Middle East, both Christians and Jews paid special taxes and proselytizing to Muslims was punished by death.

Why were identity rules so ubiquitous? One reason is that they were a cheap solution to the problem of political disorder. They are cheap to enforce because they leverage preexisting social identities. They do not require a sophisticated bureaucracy to enforce.

An important example were guilds. Guilds regulated economic activity in medieval Europe. As economic historian, Gary Richardson documents, guild membership was closely tied to religious identity. In 14th century Norwich, England, members of the Barbers Guild were devoted to St. John the Baptist, while members of the Artificers Guild prayed to St. Michael.  Individuals who failed to attend church or participate in festivals were fined by their guild. Shared religious identity enforced guild membership.

This had costs and benefits. Reliance on identity rules is a convenient and low cost way of governing. In this case, rather than directly regulating product markets, medieval rulers outsourced regulation to local guilds. Guilds provided assurances of quality and provided training and apprenticeships.

But this also was a source of economic inefficiency. Guilds were local monopolist who restricted entry, raised prices, and discriminated against outsiders. Rules that restricted noblemen from engaging in commerce or prohibited Jews from hiring Christians restricted the division of labor and impeded trade.

Above and beyond these direct economic costs, widespread reliance on identity rules meant treating different individuals differently. Identity rules are at odds with general rules and the principle of equal treatment, which are critical elements of the rule of law, and indeed necessary conditions for religious freedom.

The third plank was a lack of state capacity. In contrast to modern states that collect between one-third to one-half of GDP from citizens in the form of taxes, premodern states were small.  Before 1700, European states seldom took more than 5-10% of GDP as tax revenue. What we think of as public goods such as schools were mostly privately provided. Until the Reformation, welfare provision was the responsibility of the Church.

These planks reinforced one another. The weakness of premodern states encouraged reliance on religion as a source of legitimacy. The states were unable to provide the public goods that would provide an alternative source of legitimacy. Their weakness meant that they lacked the capacity to enforce general rules and hence tended to rely on identity rules to govern. In particular, they lacked the administrative and legal capacity to enforce general rules and legal equality.

Together these three planks constituted a stable equilibrium.

What changed to disrupt it?  A conjunction of critical events weakened each element.

Following the Reformation, it became more difficult to enforce religious conformity. Technologies like the printing press and interstate competition between Catholic and Protestant states made it more difficult for any one state to achieve conformity. In England, the Anglican Church was designed to be acceptable to both Protestants and to those who preferred the old Catholic rituals and religious practices. This failed, however, and soon the Anglican establishment was contending against both recusant Catholics and Puritans who viewed it as little better than Popery.

Religious conformity remained a goal of European states. The English Civil War and other conflicts such as the Thirty Years War had important religious elements. But, by the end of the 17th century, most European rulers saw that the costs involved of enforcing conformity outweighed the benefits.

At the same time, European rulers were creating tax and administrative bureaucracies that meant they could dispense with many of the old institutions. Guilds were no longer needed. Welfare and education did not have to be provided by churches. Identity rules were increasingly viewed as sources of inefficiency and injustice.

It was in this new institutional environment that calls for greater religious liberty came to have more resonance. Motivated in part by fiscal concerns, Oliver Cromwell responded positively to entreaties from Portuguese Jews to settle in London, notably from Menasseh Ben Israel. Cardinal Richelieu welcomed the settlement of Portuguese Jews for similar reasons. By the mid-18th century, Frederick II of Prussia was saying: “All Religions are equal and good, if only the people that practice them are honest people; and if Turks and heathens came and wanted to live here in this country, we would build them mosques and churches” Frederick was hardly a wholehearted convert to the cause of religious freedom. But he was a pragmatist.

Still, religious intolerance remained. In 1780 during the Gordon riots, Protestant mobs wrecked havoc on Catholic areas of London. Restrictions on religious freedom stayed on the books in many European countries until well into 19th century. But overall, the institutional environment was now more conducive to religious freedom.

This institutional transformation was crucial to the success of the classical liberal ideals of equality before the law and freedom of religion after 1750.  And of course, the establishment of liberal modern states had consequences beyond religious freedom.  It was part of a general transformation of society which helped to lay the foundations for the modern world.