How The Electromagnetic Spectrum Became Politicized

How The Electromagnetic Spectrum Became Politicized 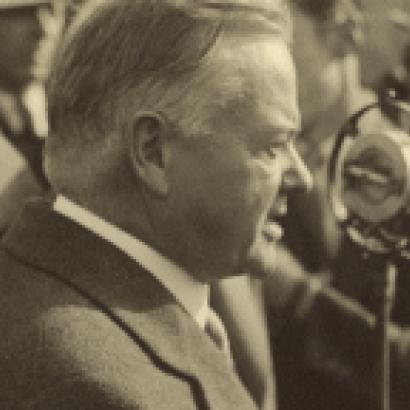 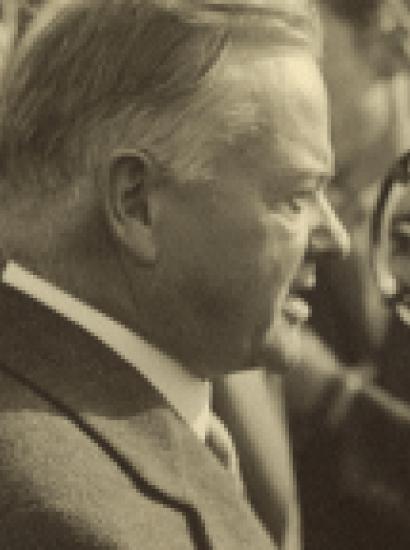 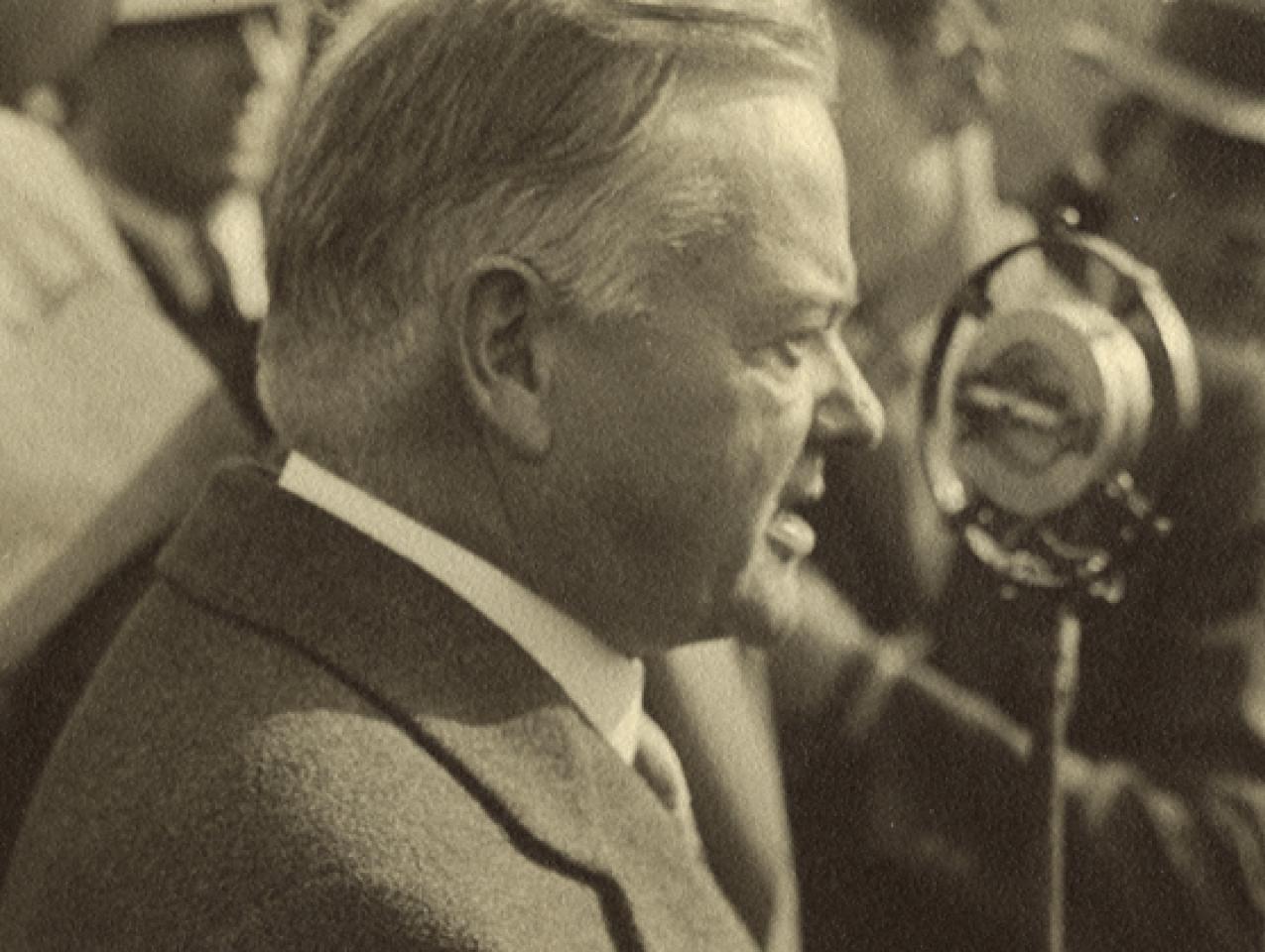 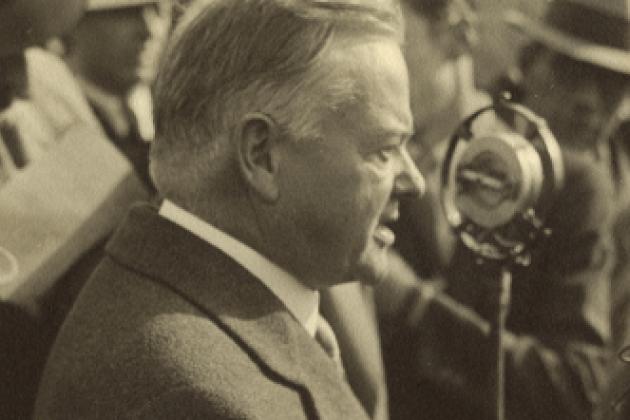 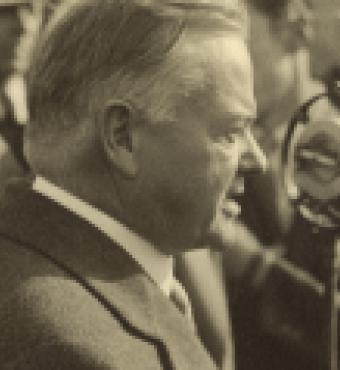 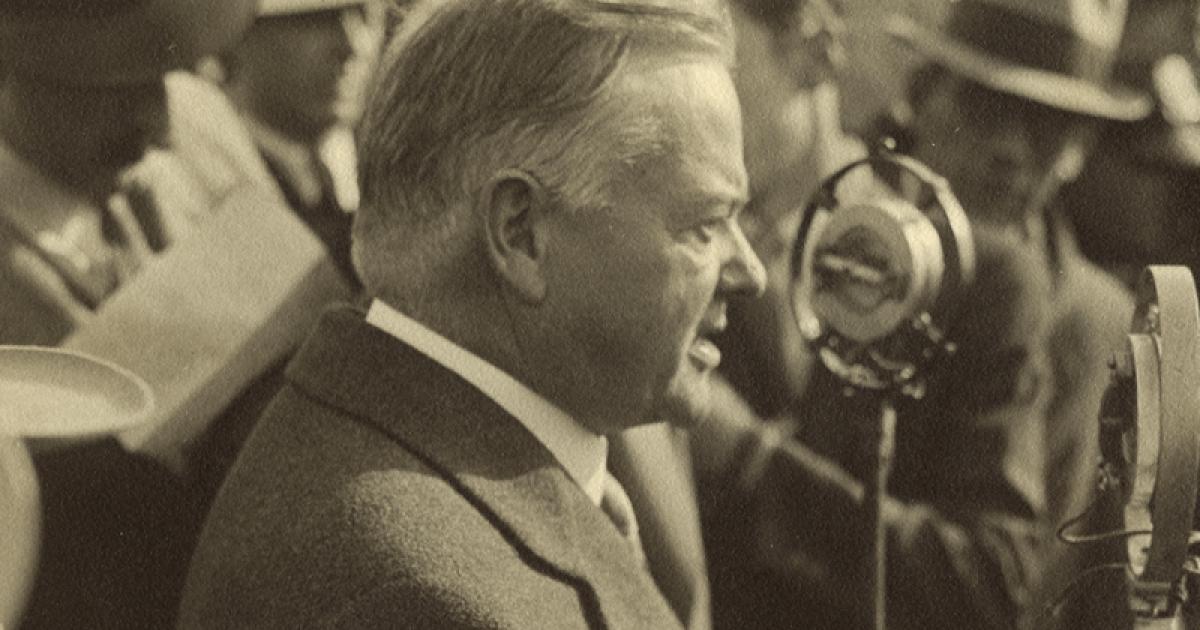 Most histories of radio in the United States will tell you that the Federal Radio Commission (FRC)—the predecessor of the Federal Communications Commission (FCC)—came into being as a necessary response to the chaos that prevailed when signals from multiple radio stations interfered with each other. But according to Clemson University economist Thomas Winslow Hazlett, in his recent book The Political Spectrum: The Tumultuous Liberation of Wireless Technology, from Herbert Hoover to the Smartphone, that story is wrong. In fact, in the first years of radio, the early 1920s, the U.S. government’s Commerce Department had figured out how to recognize radio stations’ property rights in various parts of the electromagnetic spectrum. With such well-defined property rights, the problems of interference were minimal to non-existent. What led to interference was U.S. Secretary of Commerce Herbert Hoover’s decision in 1926, in response to a federal court decision, to no longer enforce property rights to the airwaves. That’s when chaos ensued.

Why Hoover did this is an interesting story, which I’ll get to later. Indeed, The Political Spectrum is chock full of interesting (and true) stories told by a master storyteller with a great sense of humor. We learn how Hoover’s decision started a path leading to government control that is still with us today. Hazlett shows that the FCC has, for over 80 years, set itself up as a central planner, creating the usual problems that central planning creates. The planners are in the dark about the best uses of the electromagnetic spectrum, but that hasn’t stopped them from planning. Hazlett shows how FCC regulation slowed FM radio, cable television, and cellular phones by decades, destroying many hundreds of billions of dollars of value. And, as a bonus, FCC regulation reduced free speech on radio and TV, something that still exists today.

Hazlett has been studying federal communication policy for about three decades. Indeed from 1991 to 1992, he was the FCC’s chief economist. As a result, he is familiar with many of the players both outside and inside the FCC. Among the latter are some of the FCC’s toughest critics.

The book is both comprehensive and deep, as he details the twists and turns of government policy for almost a century.

He begins with Hoover, who took a property rights model that was working and threw it out. Surprisingly, Hoover knew it was working. At a 1925 radio conference, Hoover stated that “a vastly increasing number of messages are kept upon the air without destroying each other.” In 1923, a federal court had affirmed the Commerce Department’s authority to enforce limits on frequency and time separation. But a federal district court ruled in 1926 that the Commerce Department had no power to enjoin a broadcaster named Zenith from transmitting its signal over a frequency reserved for Canadian broadcasting. Rather than appeal the Zenith ruling, Hoover announced that he would simply abandon Commerce’s powers. With no entity enforcing property rights, chaos ensued.

Why did Hoover do this? In 1923, he explained that he wanted the federal government to determine “who shall use the traffic channels and under what conditions.” If this strikes you as odd coming from a Republican, recall that he was from the left wing of the Republican Party. In his memoirs, which Hazlett quotes, Hoover wrote, “One of our troubles in getting legislation was the very success of the voluntary system we had created.” So he needed to turn success into failure and his ceding the Commerce Department’s power to enforce property rights did that. As a result, the Radio Act of 1927 formed the Federal Radio Commission, which, in 1934, became the Federal Communications Commission.

FCC regulation quickly led to the Commission regulating the content that could be broadcast, with all the ominous implications that had for freedom of speech. In the Supreme Court’s 1943 NBC decision, which upheld FCC regulation of content, Justice Felix Frankfurter wrote, “There is a fixed natural limitation upon the number of stations that can operate without interfering with one another.” Based on this, Frankfurter concluded, it was appropriate for the FCC to judge content in awarding radio licenses. Frankfurter asked, in what he thought was a rhetorical question, how else “could the Commission choose between two applicants for the same facilities?”

But the first economist to challenge FCC regulation pointed out that this was not a rhetorical question at all.  That economist was the University of Virginia’s Ronald Coase, who later won the Nobel Prize. In his pathbreaking 1959 article in the Journal of Law and Economics, edited by former Hoover Institution senior fellow Aaron Director, Coase challenged the idea that scarcity of the spectrum justified regulation. Coase pointed out that it is a commonplace in economics that resources are scarce. He then wrote:

It is true that some mechanism has to be employed to decide who, out of the many claimants, should be allowed to use the scarce resource. But the way this is usually done in the American economic system is to employ the price mechanism, and this allocates resources to users without the need for government regulation.

In short, Coase’s answer to Frankfurter’s question about how the Commission could choose between two applicants was: sell it to the highest bidder.

Hazlett takes Coase’s fundamental insight and runs with it throughout his 401-page magnum opus. He shows that because the FCC did not sell parts of the spectrum to the highest bidders, the commissioners made key decisions that destroyed huge amounts of value.

One of the first bad moves was on FM radio. We think of FM as a phenomenon of the early 1960s. In fact, Edwin Howard Armstrong invented it in 1933. He argued, correctly, that FM delivered better audio. Hazlett points out why there was a decades-long delay: “Alas, there was much more to marketplace success than simply building a better mousetrap. There was the FCC.” The FCC, doubting that FM would work, put up roadblocks. Undaunted, in 1937, Armstrong returned to the FCC with impressive data showing how well FM worked. In 1940, Armstrong persuaded the FCC, after “only” four years, to set aside part of the spectrum for FM radio. But U.S. entry into World War II ended the production of FM radios, which had been selling at the rate of 1,500 per day. During the war, NBC and CBS petitioned the FCC to eject every FM station from its assigned frequency, claiming that doing so would help FM stations avoid “ionospheric interference.” This reassignment of frequencies would make all existing equipment—transmitters and FM radios—obsolete. Despite virtually all of the expert opinion finding fault with the ionosphere claim, the FCC took the side of FM’s competitors and reallocated the spectrum to television, relegating FM to a different part of the spectrum.

We finally got FM in 1960. By 1979, notes Hazlett, the number of FM listeners exceeded the number listening to AM. Alas, Armstrong was not around to see the success of his innovation. In 1954, a despairing Edwin Armstrong committed suicide.

Just as the FCC slowed FM by decades, it also hobbled cable TV for well over a decade. Cable TV began in the 1950s, serving communities that were beyond the reach of TV signals. But in the 1960s, cable began to compete with TV stations, and those stations found an ally in the FCC. Although the FCC had not been given authority over cable in the 1934 legislation, in 1963 it refused to issue a license to a radio operation that wanted to transport broadcast TV signals to a cable TV operator in Wyoming. How did it justify extending regulation beyond what was authorized in the 1934 law? By arguing that such authority was necessary to, in Hazlett’s words, “protect its authority over old media.” In 1972, the Supreme Court upheld the FCC’s power over cable. Hazlett notes the circular reasoning. The original justification for the FCC’s power was that the electromagnetic spectrum was limited. Cable TV was a way of relaxing that constraint. But rather than celebrate this outcome, the FCC justified reining in cable TV to, as Hazlett puts it, “preserve the very limitations that justified regulation in the first place.”

But then something good happened. In 1977, federal courts overturned the FCC’s power to regulate premium programming such as HBO. Deregulation proceeded under Presidents Ford and Carter. By 1980, writes Hazlett, “federal cable TV franchises had been abolished and content restrictions mostly eliminated.” The advent of satellite TV in the 1990s added even more competition.

Of course, with cable came cable news networks: first C-SPAN, then CNN and later the Fox News Channel and MSNBC. In 1961, President Kennedy’s FCC chairman Newton Minow had decried “the vast wasteland” that was TV programming and said he wanted fewer game shows and fewer shows containing violence. He seemed to suggest more public affairs programming. That moved the needle only a little, leading to slightly more news shows. But what shot the needle higher was the very cable TV that the FCC had done so much to prevent. “Thank God for C-SPAN!,” wrote David Corn in the Nation magazine. Comments Hazlett:

Yes, be reverent if you may. But the prayer might well include a little homily on the blessings of deregulation. God was pulling for democracy all along. We got C-SPAN when rules said to counter the vast wasteland passed on to Regulator Heaven.

Just as with FM radio, the FCC held up cellular telephones for decades. The technology for cell phones existed in the 1940s. AT&T proposed developing cellular in 1947. But the FCC did not allocate electromagnetic spectrum for cell phones until 1982 and the licensing process took seven years. Hazlett cites a 1991 study’s conclusion that the FCC could have easily made decisions in the early 1970s that would have made cellular operational in 1973.

The result, as everyone knows, is that prices to make long-distance phone calls have fallen like a rock. That has created, in economists’ jargon, huge consumer surplus, the difference between the value consumers place on phone calls and the small amount they have to pay. Hazlett estimates consumer surplus to be over $200 billion per year. That means that the FCC was destroying hundreds of billions, probably trillions, of dollars of value by holding up cellular as long as it did.

The basic problem, says Hazlett, is that the FCC acts as a central planner. When new technology comes along, FCC commissioners seem to think that they can choose the right technology and the right place on the electromagnetic spectrum for that technology to be used. But the FCC doesn’t have the information to do so. No one does. Only people paying market prices for bits of the spectrum can figure out the optimal combination of spectrum use and engineering. Moreover, this optimum changes as technology involves. It’s impossible for the FCC to keep up.

From the early days of radio regulation until now, the FCC has censored radio and TV. In the early days of the Federal Radio Commission, the regulators explicitly labeled stations broadcasting a point of view as “propaganda stations.” The FRC ranked those stations lower. More recently, the FCC fined CBS after Janet Jackson’s left breast was exposed during the 2004 Super Bowl half-time show. CBS/Viacom contested the fine and won, but with no FCC regulation of content, there would have been no fine in the first place.

What’s Hazlett’s solution? Sell off spectrum to the highest bidder. Hazlett writes, “But what is essential, and virtually universally missed, is how some policy options [namely, selling electromagnetic spectrum to the highest bidders] allow the arguments to prove themselves without requiring the regulators to guess right.” We made a wrong turn in 1926 when Herbert Hoover rejected a model that was working. Will we make a right turn in the future?