A closer look at a widely misunderstood measure of the economy’s health. 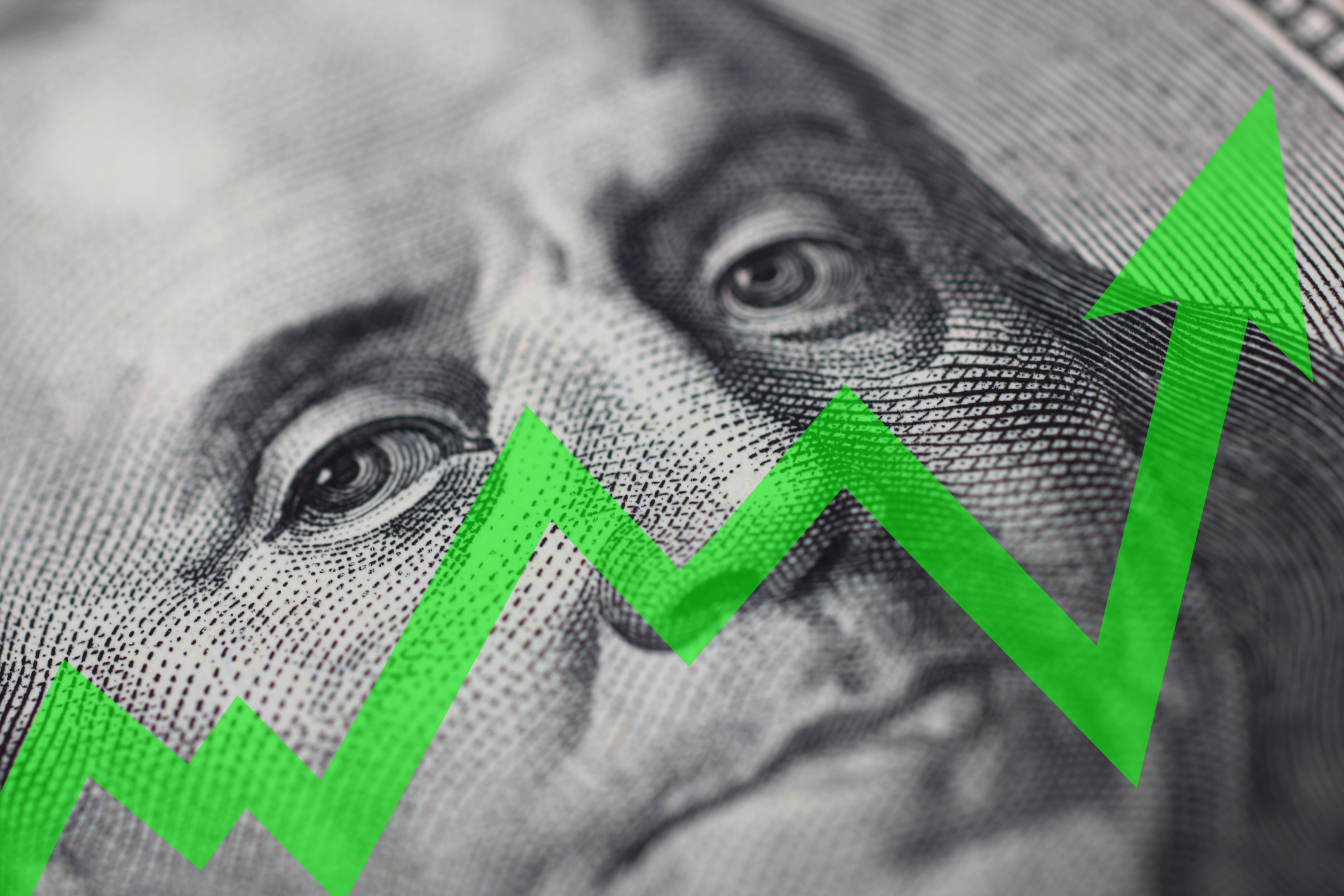 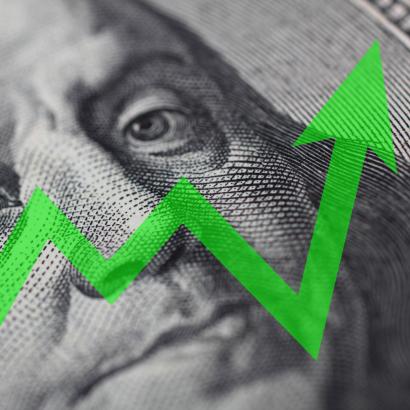 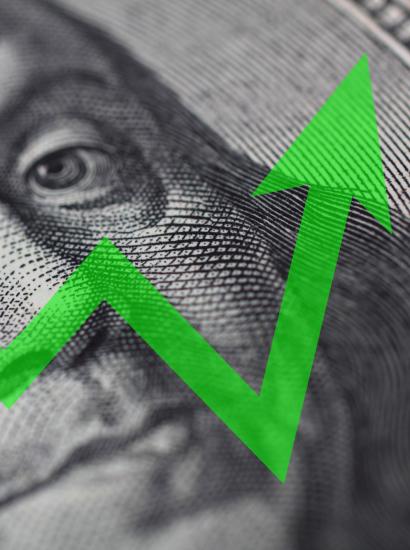 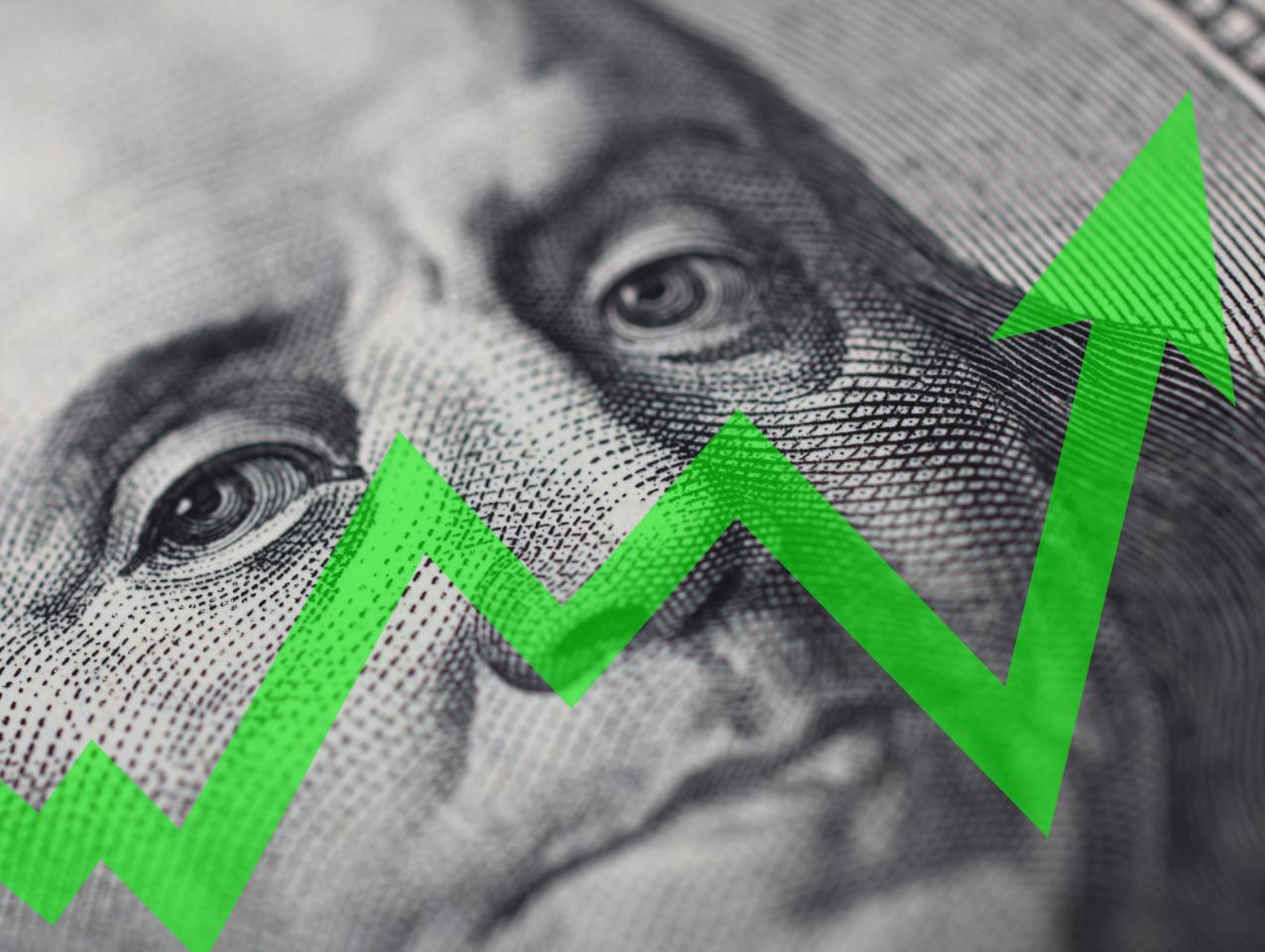 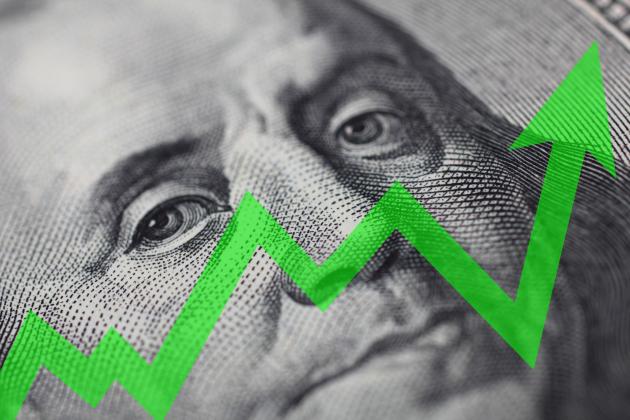 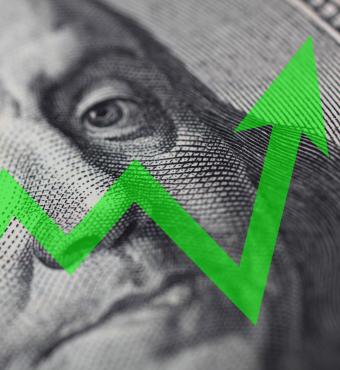 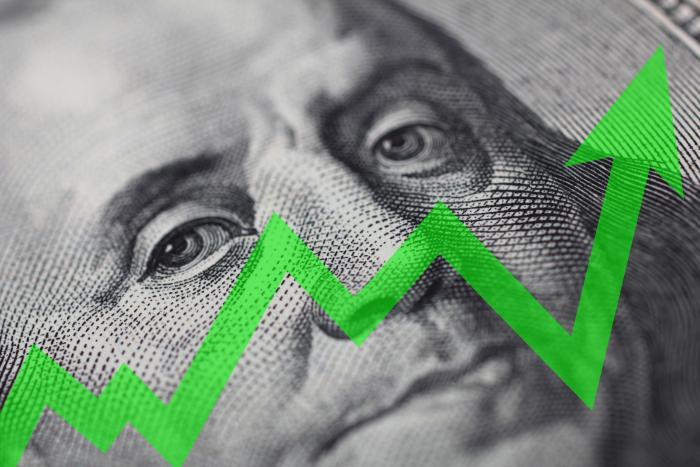 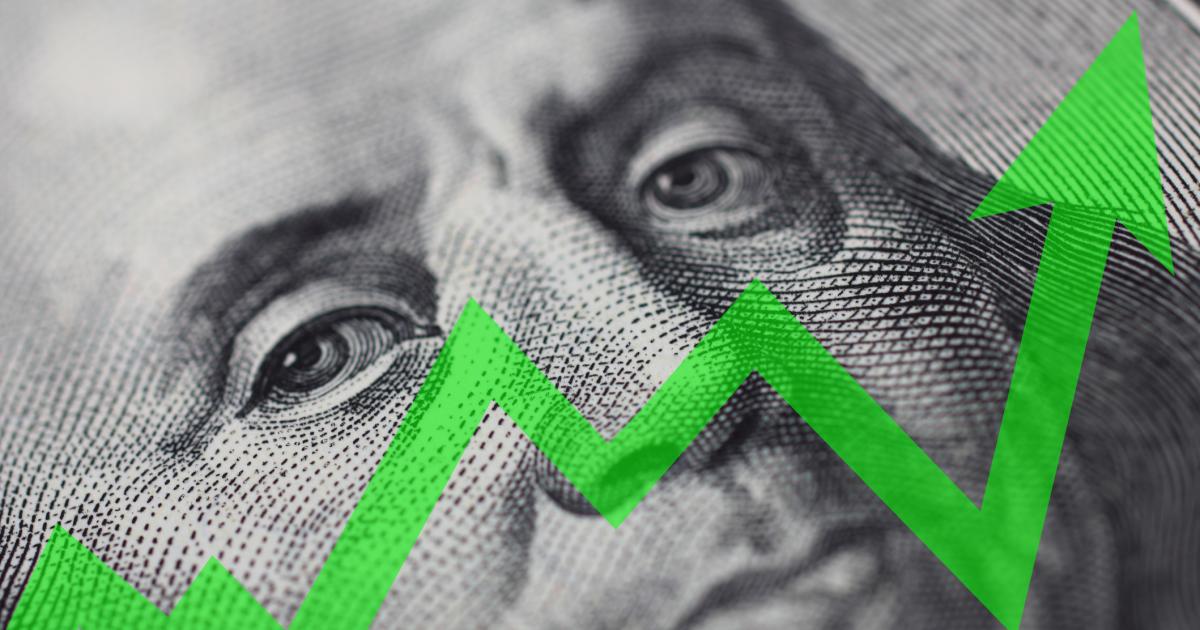 In May, I wrote an article laying out what I expected to happen with inflation, why we shouldn’t expect hyperinflation, and why stagflation was unlikely. I realized in following the news since then that there is widespread misunderstanding about what inflation is and what temporary inflation is. And there has always been widespread misunderstanding about the cost of inflation and about the role of the federal funds rate, the rate that the Federal Reserve Board targets. It’s time for some clarifications and an update on how my expectations turned out.

My prediction of the inflation rate will likely turn out to be close. I’m 100 percent right about hyperinflation. I think I’m right that we won’t have stagflation: we’re likely to have at least 2 percent growth of real gross domestic product from when I predicted, in May 2021, to May 2022.

Now to the issues.

Inflation Is Not About Specific Prices

Often when people discuss inflation, they point to specific prices that have risen. That matters for understanding how people will adjust their purchases of those now-higher-priced goods and services. But it is not a good way to understand inflation.

It makes little sense to say which is the right definition of inflation as long as you use your terms consistently. So I’ll use the second one: inflation is an increase in the overall price level. To estimate and understand inflation, you can’t point just to items whose prices have increased. You must consider a large basket of goods and services that typical consumers purchase. That’s what the Bureau of Labor Statistics does when it computes the Consumer Price Index and the Department of Commerce’s Bureau of Economic Analysis does when it computes an alternate measure, the Personal Consumption Expenditures (PCE) price index. Either of those is a much better guide to inflation than simply cherry-picking particular items whose prices have risen. My preference and, by the way, the Federal Reserve Board’s preference, is the PCE price index because it better measures people’s adjustments to changes in relative prices, thus avoiding some of the overstatement of inflation that the CPI gives.

Why does inflation occur? Every once in a while, there’s a piece of “folk wisdom” about economics that’s actually true. Here’s one: inflation results when too much money chases too few goods. If, for example, real gross domestic product is increasing at 2 percent per year and the velocity of money is constant, a 5 percent increase in the money supply will lead to an inflation rate of 3 percent. (For an explanation, see my May 20, 2021, Defining Ideas article, “Inflation: True and False.”)

Assuming that real GDP grows by 2 percent, as in the case above, could the Federal Reserve increase the money supply by 5 percent without causing any inflation? Yes. Inflation would be zero if velocity fell by 3 percent. Think of the velocity of money as the inverse of the demand to hold money. The more people want to hold onto money rather than spend it, the lower is the velocity.

We saw in the first months of the pandemic and the related lockdowns that people wanted to hold onto money. This was for two reasons. First, many of us were nervous about traveling, going to restaurants, going to bars, etc., and so we hoarded money instead of spending it. Second, extended government lockdowns prevented us from spending money on those selfsame items, and for that reason we hoarded money. As I noted in my May 20 article, between December 16, 2019, and February 1, 2021, M2, a measure of the money supply, grew by a whopping 26.7 percent. But inflation remained at low single digits. Why? Because during roughly that same period, M2 velocity fell by 21 percent.

Now, of course, with lockdowns ending or becoming more moderate as vaccines have become available for pretty much every American resident who wants one, people are spending more. That means that velocity has risen. It also means that if the Federal Reserve wants to restrain inflation, it will have to reduce the growth of the money supply and, if velocity rises enough, it will have to actually reduce the money supply. The Fed is full of smart people, but even smart people have trouble figuring out just what to do in such a situation.

What is the Role of Federal Government Deficits?

Although the recent federal budget deficits under both President Trump and President Biden have been horrendously high, budget deficits per se don’t lead to inflation. What matters is whether the deficits are “monetized.” Translation: does the Federal Reserve Board engage in open market operations to increase the amount of government debt that it buys? If, for every billion dollars of deficit, the Fed buys one billion dollars in government bonds, then the deficit is completely monetized, the money supply increases greatly, and, given the outsize federal budget deficits we now have, we will get high inflation. But if, on the other hand, the Fed doesn’t increase its purchase of government debt when deficits are high, the deficits are not monetized and inflation will not be high.

Of course, instead of buying federal government bonds, the Fed could buy other bonds that are close substitutes. But for purposes of understanding and predicting inflation, we don’t need to pay close attention to which assets it buys. In 1963, Milton Friedman, in addressing inflation, said, “Cherchez la monnaie.” Translation: look at the money supply and its growth. That’s the most important variable to watch.

Does the Fed Control Interest Rates?

Many economists will tell you that the most important variable to watch to assess the looseness or tightness of monetary policy is the interest rate and, in particular, the federal funds target rate. But while that rate matters and I would certainly want to pay attention to it, neither the federal funds rate nor the Fed’s target for that rate is a good way to assess monetary policy.

Moreover, because capital markets are global, the Fed, though one of the biggest players in capital markets, is not a large player as a percent of the market. Its sales or purchases of bonds are a small percent of worldwide financial assets. The answer to the subtitle above, therefore, is no.

Will Inflation Be Temporary?

A big issue in recent months has been whether the current inflation is temporary. We can’t know the answer without knowing what the future growth rate of the money supply and the future growth rate of velocity will be. But here’s something we can be relatively sure of: even if inflation is temporary, the high prices are unlikely to be. Imagine that over the next few months, the Fed manages monetary policy so as to cause inflation to fall to 2 percent. That’s the level the Fed has said for years that it wants to achieve. Inflation of 2 percent over a year means that at the end of that year prices are on average 2 percent higher. So tack that on to the high prices now and prices will be higher, not lower. High inflation may be temporary but the high prices that high inflation led to are not.

The Cost of Inflation

What’s wrong with inflation anyway? Many people point to the higher prices they pay, but forget to mention their higher wages, in dollar terms, that the increased money supply led to. So the problem with inflation is not that it causes real wages to fall; even the high inflation rates of the late 1970s didn’t do that.

The three main problems with inflation are that it: interacts perversely with the tax system, is a tax on money, and distorts the price signals that guide people’s decisions.

Consider the US federal tax system for individual income before 1985. Back then, even if inflation caused your wages or salary to increase at the same rate as overall prices, inflation put many people in a higher tax bracket. And even those who were not put in a higher tax bracket found that a higher percentage of their income was in their top tax bracket. When that happened, even those whose incomes kept pace with inflation found that their after-tax real income was lower than before the inflation. Fortunately, this ended at the federal level in 1985 when inflation-indexing of tax brackets, which was part of the tax act that President Ronald Reagan signed in 1981, began. Interestingly, former Fed vice-chairman and current Princeton University professor Alan Blinder admitted this point in his 1987 book, Hard Heads, Soft Hearts. But shockingly, he said that unless you’re an economist or an accountant, that cost of inflation “will leave you yawning.” Here’s what I wrote in my November 1987 review of his book in Fortune:

Where was Blinder during the late 1970s? I knew people with only a high school education who noticed instantly that an 8% increase in their hourly rate translated into only a 6% or so increase in their take-home pay, not enough to stay abreast of inflation. They didn’t yawn when that happened—they got mad, which is one reason taxes ended up being indexed.

When I wrote that, I had in mind my secretary, Chrissy Morganello, who completely understood how inflation combined with the unindexed federal income tax to make her worse off.

But the federal tax system is not fully indexed. Inflation creates apparent capital gains that are not gains at all. If you buy stock whose value in dollars rises, and then you sell, you will pay tax on the whole gain, which includes the part that simply compensates you for inflation. I call this a “phantom gain.” Also, the income thresholds beyond which you pay taxes on your Social Security income have not been inflation-adjusted in three decades. Finally, many state governments still have not indexed their state income tax brackets for inflation.

The second problem with inflation is that inflation itself is a tax on money. If you hold $10,000 in money at the start of a year and inflation over that year is 5 percent, you have borne a 5 percent tax on that money. You’re worse off by $500.

The third cost is that inflation makes it difficult to know whether a particular price increase is real or simply a symptom of inflation. You might argue that people should be able to tell because they can check government data on inflation. But there are two problems with that: (1) government data are imperfect and are reported only with a lag and (2) most people don’t know how to check the inflation rate.

One of the huge accomplishments of Alan Greenspan, Federal Reserve chairman from 1987 to 2006, was that he kept inflation low and relatively steady. Over his time as chair, the inflation rate averaged only 3 percent. That accomplishment has been frittered away. Will we get the 1970s again? Fortunately, no. But on the inflation front, we are doing, and will do, worse than we did back then.