The Intellectual Poverty Of The New Socialists

Forgetting the lessons of history. 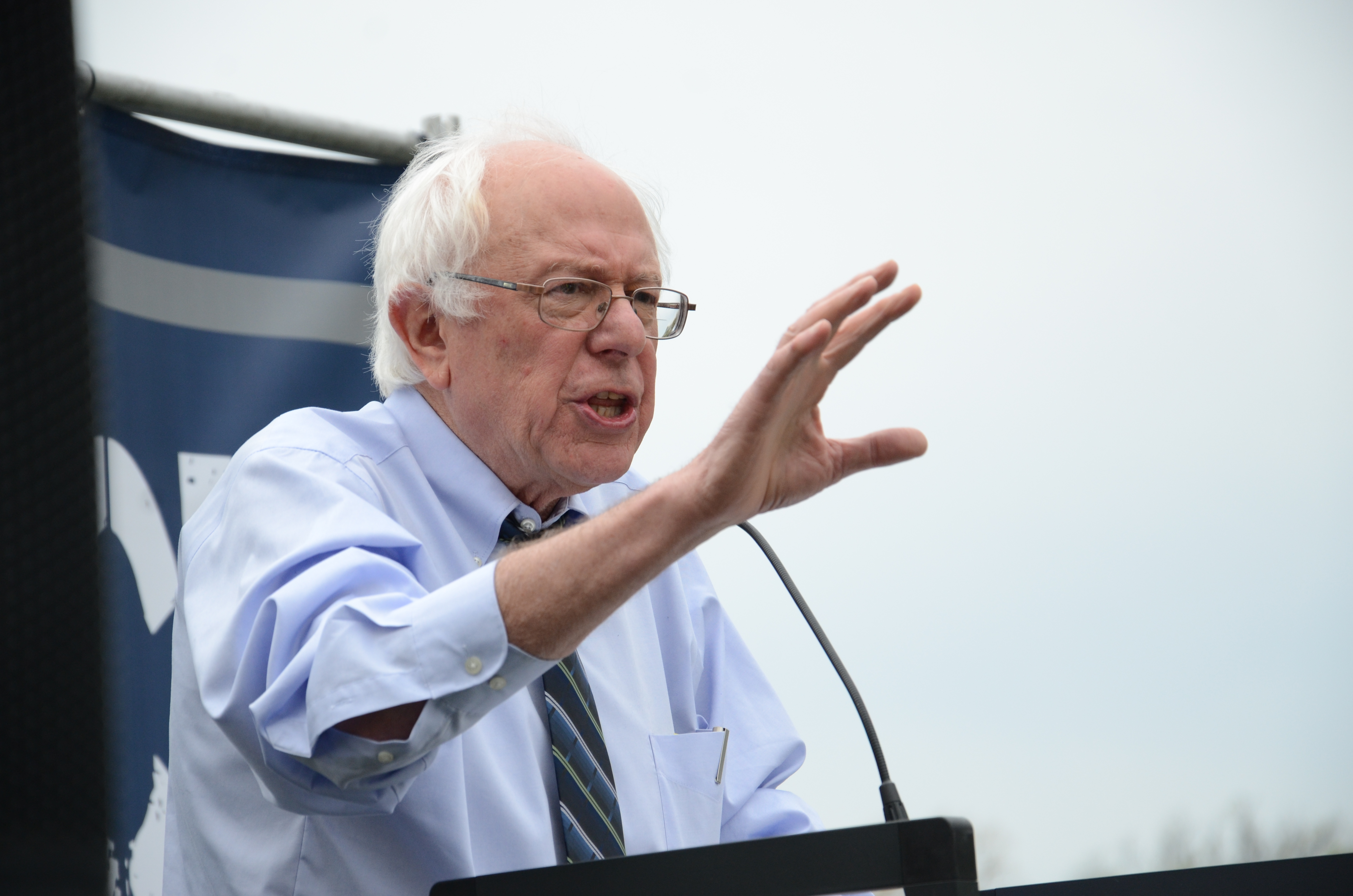 The Intellectual Poverty Of The New Socialists 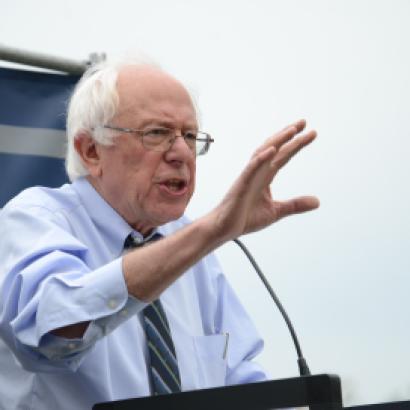 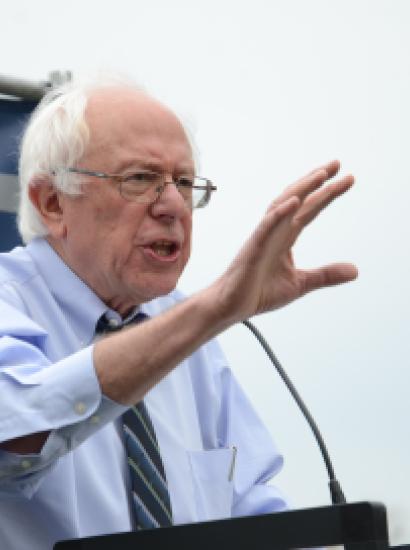 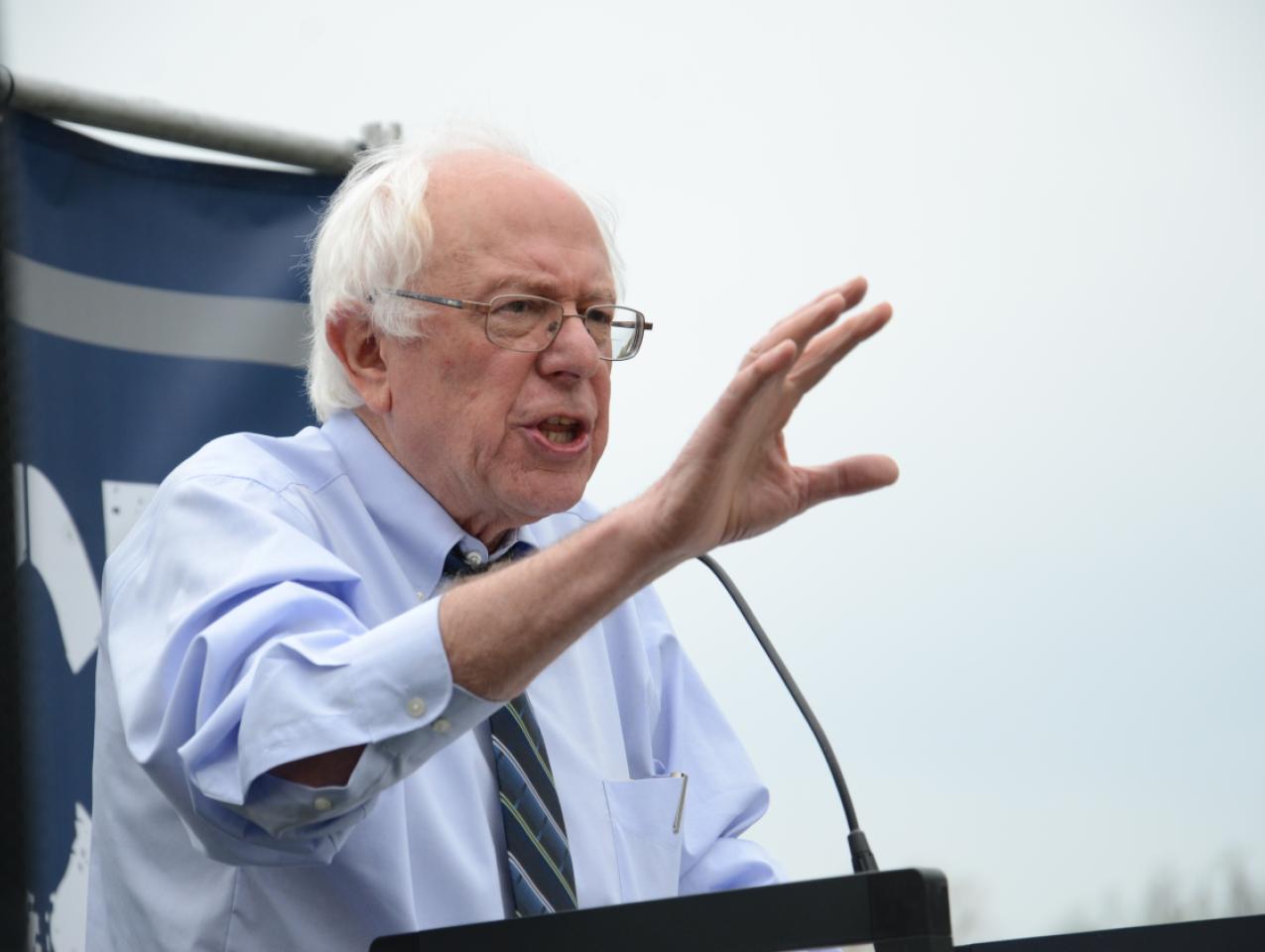 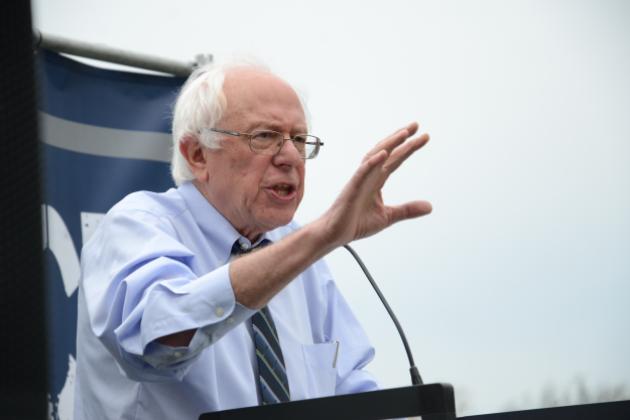 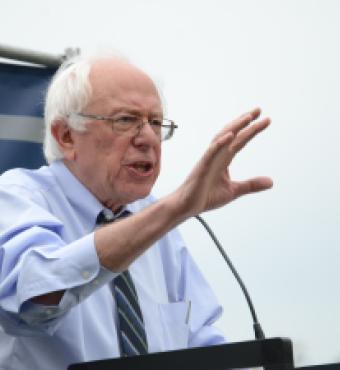 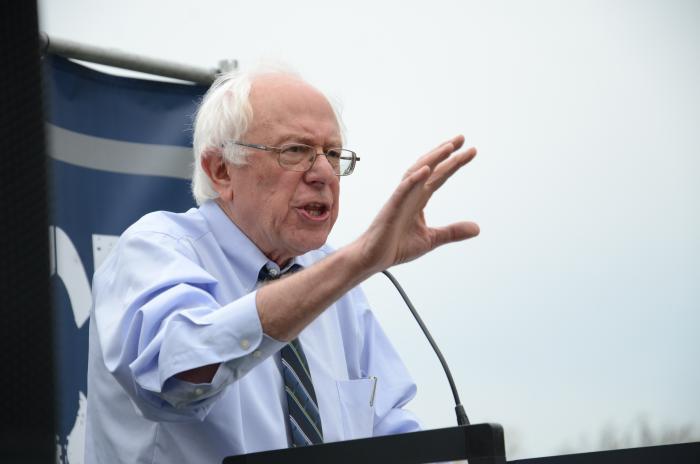 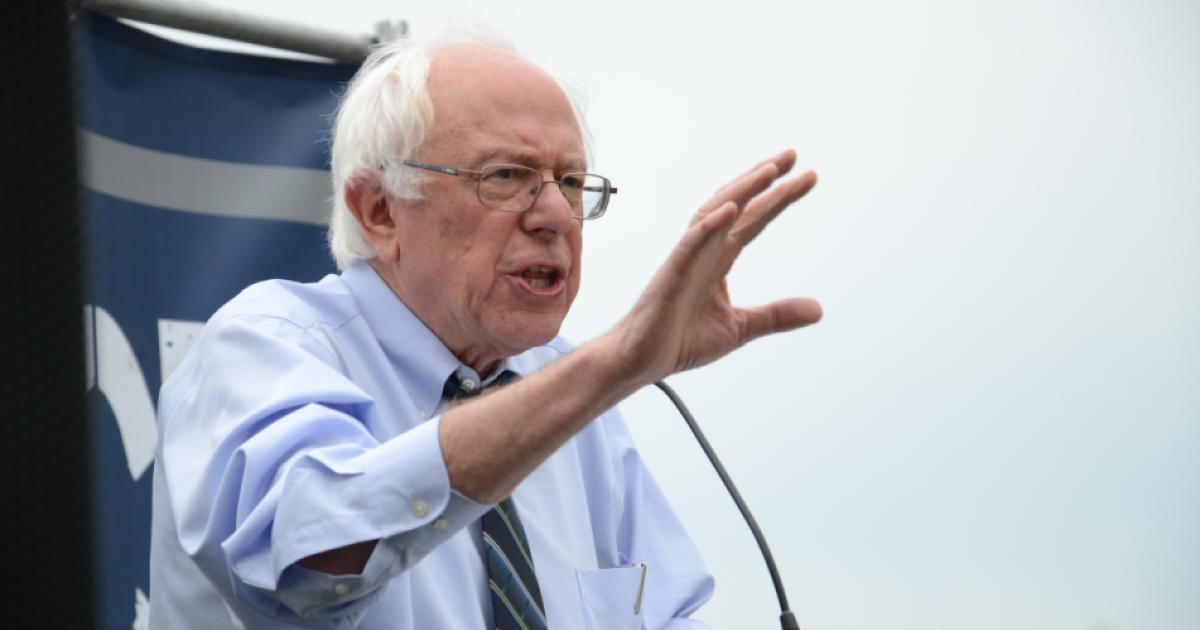 Changes in the language of self-identification give us enormous information about changes in political thought. Consider how the American left labels itself today compared to fifty years ago. Back then, American liberalism stood for the dominance of a mixed economy in which market institutions provided growth: deregulation of the airlines in the 1970s, for example, was no sin. At the same time, the liberal vision promoted political institutions that provided a safety net for Americans in the form of social security, unemployment insurance, Medicare, and Medicaid. The term “progressive” came to the fore recently with the rise of Barack Obama, signaling a rising dissatisfaction with the status quo ante because of the liberal mainstream’s inability to reduce inequalities of wealth and income while empowering marginalized groups like women and minorities. Yet somehow the sought-after progressive utopia never quite emerged in the Obama years. Slow economic growth and rising inequality were combined with tense race relations, exemplified by the high profile 2009 arrest of Henry Louis Gates, and the fatal shootings of Trayvon Martin in 2012, and Michael Brown in 2014.

These events have put establishment Democrats like Bill and Hillary Clinton on the defensive. Spurred on by that old socialist warhorse, Senator Bernie Sanders, young socialists Alexandria Ocasio-Cortez and Rashida Tlaib, both rising political stars likely to join Congress next year. These new wave socialists will push the Democratic party further to the left with their constant calls for free and universal healthcare, free college tuition, and guaranteed jobs for all Americans—all paid for in ways yet to be determined.

The New Socialists try of course to distance themselves from the glaring failures of the Old Socialists, who suffered from two incurable vices. First, they ran the economies of such places as Cuba, Venezuela, the Soviet Union, and virtually all of Eastern Europe into the ground. Second, they turned these states into one-party dictatorships governed by police brutality, forced imprisonment for political offenses, and other human rights abuses. When viewing the proposals of the New Socialists, one looks for any kind of explanation for how their proposals for the radical expansion of government control over the economy aimed at mitigating income inequality will protect both personal liberty and economic well-being.

The New Socialists thankfully do not stress the old theme of abolition of private property through the collective ownership of the means of production. So what do they believe? One answer to this question is offered by Professor Corey Robin, a political theorist at Brooklyn College and the Graduate Center at the City University of New York, who recently praised the “New Socialism” in the New York Times. He proudly boasts of a major uptick in support for socialist ideals among the young and then seeks to explain the forces that drive their newfound success. In a single sentence: “The argument against capitalism isn’t that it makes us poor. It is that it makes us unfree.”

Robin reaches that conclusion not by looking at the increasing array of products, and career options made available through the free market. Instead, he invokes the type of dramatic example that Bernie Sanders loves to put forward to explain the need for free public health care. Under the current system, we are told that everyone is beholden to the “boss” at work and to the faceless drones who have the arbitrary power to decide that a particular insurance policy purchased by a mother does not cover her child’s appendectomy. Thus, under capitalism, we all bow and scrape to the almighty boss, knowing, in Robin’s words, that when “my well-being depends on your whim, when basic needs of life compel submission to the market and subjugation at work, we live not in freedom but in domination.”

This supposed equivalence of a market economy to organized serfdom reminds me of my time in both West and East Berlin as a young law student in the summer of 1965. You did not have to theorize about the difference between capitalism and socialism. You could see it in the bright lights of West Berlin and the drab exteriors and rumbling Soviet tanks of East Berlin. The explanation for the contrast came from a forlorn East German shopkeeper who sold me an ersatz chocolate bar that I purchased with my ersatz East German marks. The shopkeeper explained with this joke: “Question: What is the difference between capitalism and socialism? Answer: Under capitalism man exploits man, while under socialism the reverse is true.”

This quip is deeply insightful. The New Socialists in the United States live in a world of intellectual self-denial. They think that they can control the distribution of all the good things in life without undermining the economic and social institutions needed for the creation of that wealth in the first place. The words “competition,” “scarcity,” and “free entry” do not make it into Robin’s constricted lexicon, and their absence explains why he botches the analytical issues concerning “freedom” thoroughly. His first sin is to ignore the simple truth that scarcity means that all of us cannot have all that we want all the time. His second sin is that of cherry-picking. Sadly, some individuals must grovel before their bosses to keep their jobs. But in a competitive economy, free entry allows many more individuals to quit their jobs for better opportunities, or even to be recruited away by another employer.

Competition leaves people with choices. But under the New Socialism, people will really discover what it means to be unfree when they only have this choice: work for the state and spend your falling wages on government-supplied goods—or starve. And to whom does the unhappy citizen turn when there is only one healthcare provider, one landlord, and one education system? The state monopolies under socialism offer a kind of subjugation and submission far greater than that in competitive markets. The faceless corporate decision makers that trouble professor Robin are far less sinister than government bureaucrats who can block all exit options. Imagine how poorly the Post Office would function without competition from
Federal Express and UPS.

Of course, today’s competitive markets do not work as well as we would like. But it is important to note that these difficulties often stem not from the unwillingness of prospective employers to strike a deal, but from the insistence of the state that all future contracts meet some requirements, such as the minimum wage, that can easily price workers, especially those workers at the bottom of the economic ladder, out of jobs. It doesn’t help that the federal government also taxes many workers heavily in order to help others more fortunate than themselves. Just that happens, for example, with the community rating system under the Affordable Care Act. The much-heralded program has the following consequence. It requires a major subsidy of older, sicker individuals from younger and healthier persons who often earn less and have less wealth than seniors. So if young people stay in the ACA’s insurance pools, the ACA mandates substantial wealth transfers from poor to rich. And as younger people flee that system, the ACA pools face the crisis in affordability and coverage that leads indeed to the adverse selection death spiral that is the inevitable result of any program of cross-subsidies.

It is easy to tell a similar tale with other grand social experiments that mandate transfers. Ocasio-Cortez readily attacks “real-estate developers” because, as Robin tells us, “in her district of strapped renters, landlords are the enemies.” And just how are we supposed to deal with these enemies? Put them under lock and key? If that sounds a bit extreme, we can put in place a system of rent control, only to discover that the primary beneficiaries of that system are, for instance in New York, the well-heeled and highly influential professionals on New York’s Upper West Side and Brooklyn’s Park Slope. Worse still, by sticking it to those mean-spirited developers, we prevent the creation of new housing stock that would allow market forces to drive down rental rates.

The New Socialists have yet to learn that rent control and affordable housing rules, whether for rentals or new construction, are a form of price controls. No, the New Socialists cannot defeat the laws of supply and demand. They might, however, take note of the disgraceful performance New York City Housing Authority (NYCHA) as a public landlord. As the Wall Street Journal reports, “NYCHA officials had for years hidden broken elevators, rat infestations, leaking pipes and winter heat outages from federal inspectors” while doing nothing to eliminate peeling lead paint. After all, unlike landlords and developers, no public official suffers a dime of personal financial loss from mistreating those “free” public tenants who have nowhere else to go.

There is a deep intellectual confusion and moral emptiness in Robin’s New Socialism. On the one hand, it denies the major advances in longevity and human flourishing that have been made in recent years by the worldwide spread of market institutions, documented in exquisite detail by Johan Norberg in his great book Progress. And Robin makes the fatal mistake of attributing to market institutions the failures that fall squarely on the regulatory programs of traditional liberals—e.g. minimum wages, rent control—that hamper economic growth and personal freedom. The New Socialism has no more chance of success than the Old Socialism. You may as well try to cure diabetes by administering extra-large doses of government-subsidized sugar.