Iran In All The Wrong Places: The Islamic Republic's Shadowy Presence In West Africa

In 2016, while participating in a congressionally sponsored trip to the sub-Saharan republic of Niger, I noticed along a wide dusty avenue in the country’s capital of Niamey, a street lined with international aid clinics.  One building in particular felt out of place...  Why would the Islamic Republic of Iran fund a medical aid clinic over 3000 miles away? 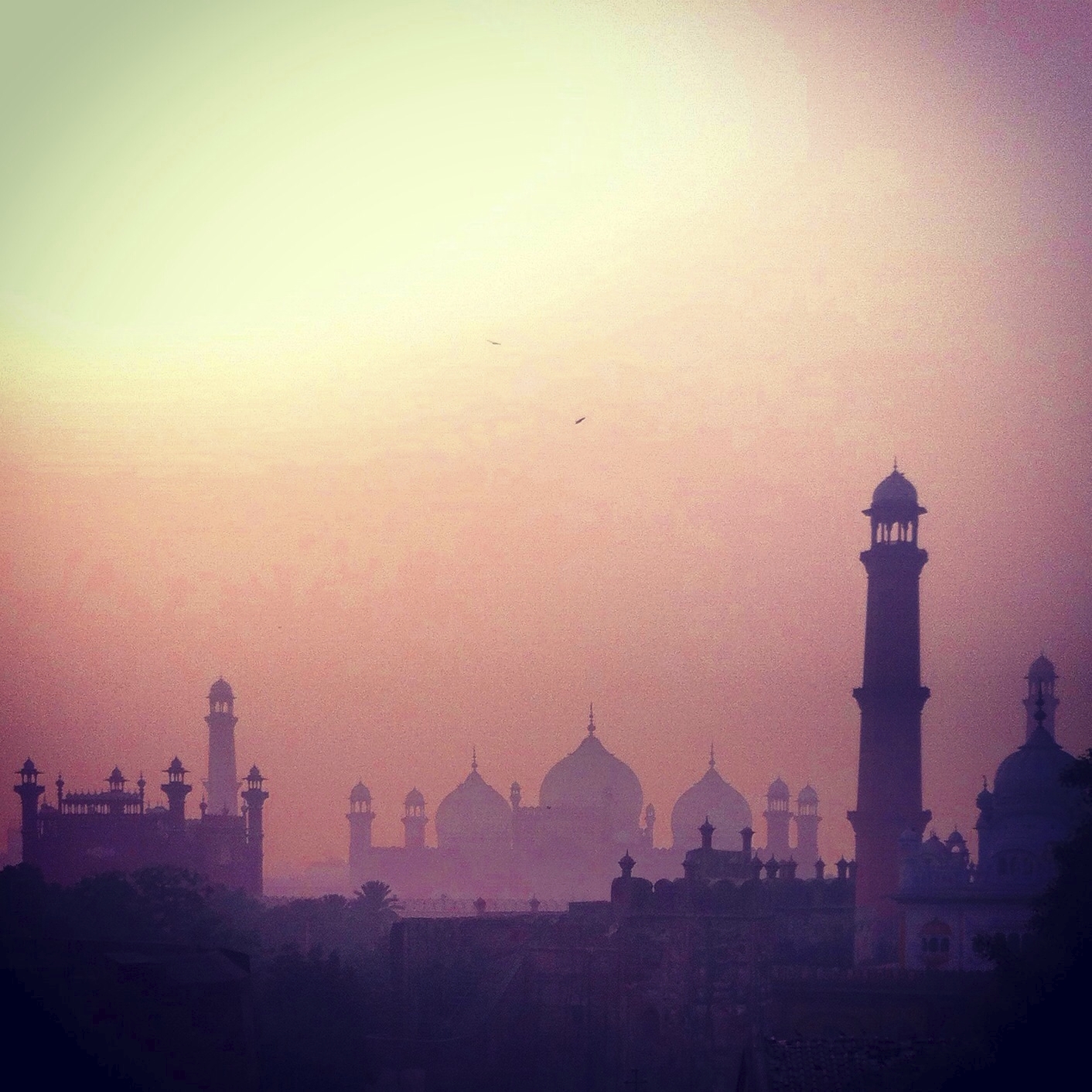 Iran In All The Wrong Places: The Islamic Republic's Shadowy Presence In West Africa 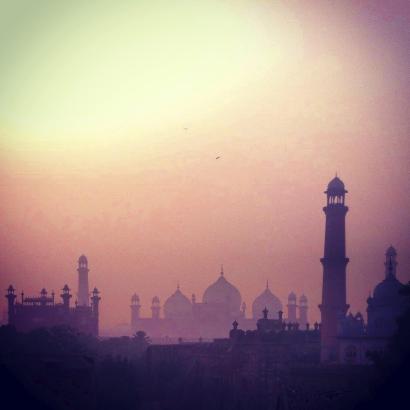 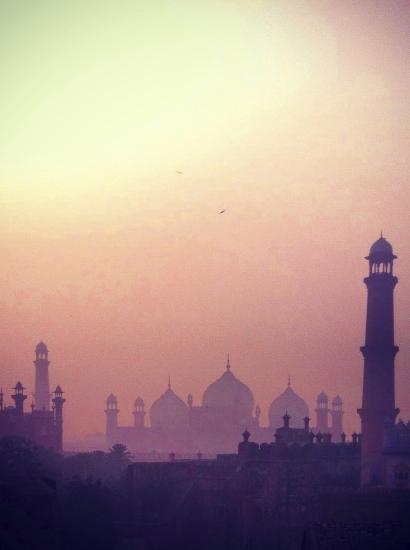 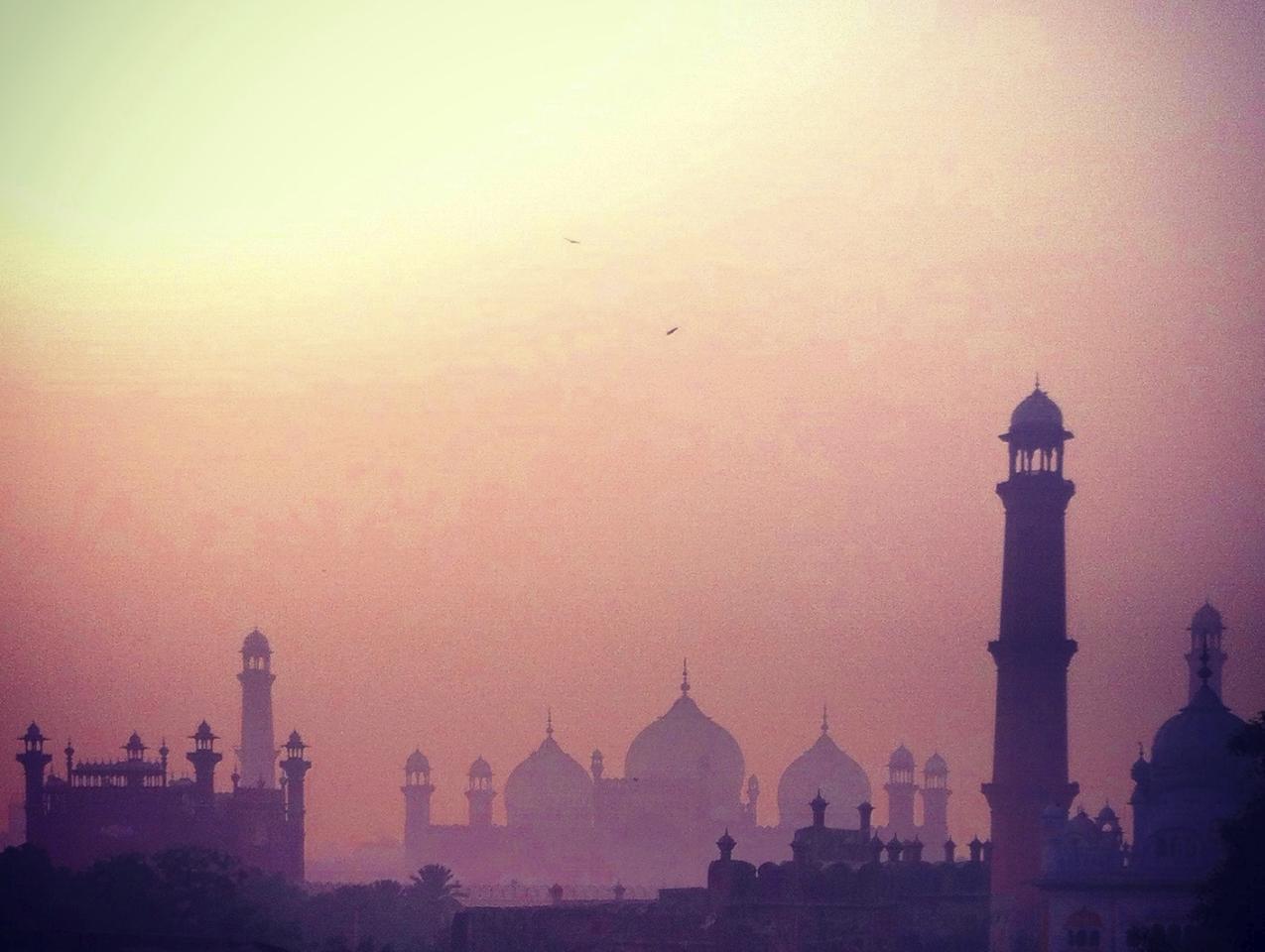 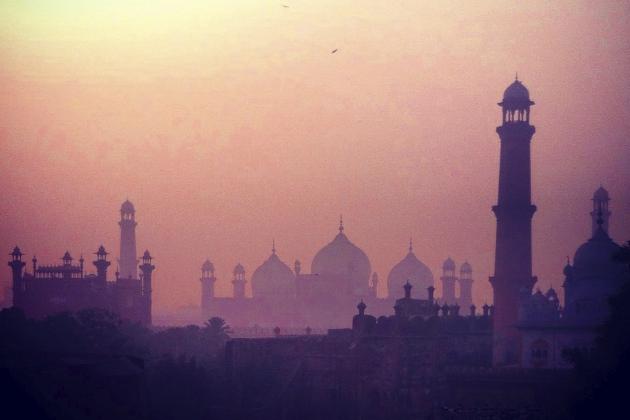 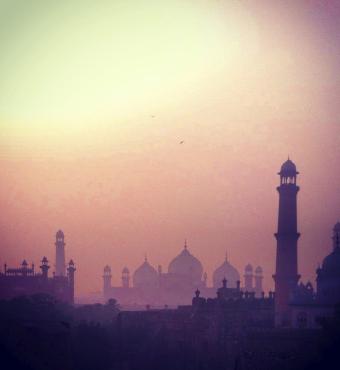 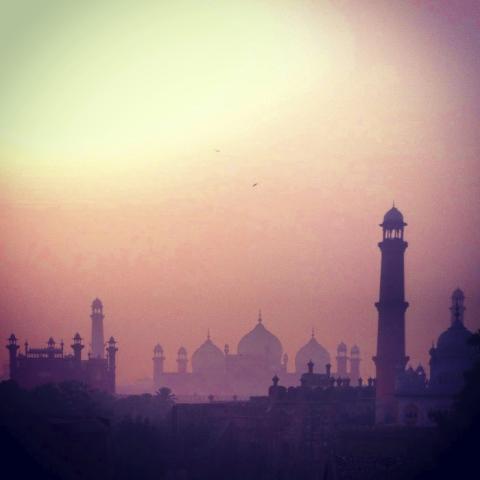 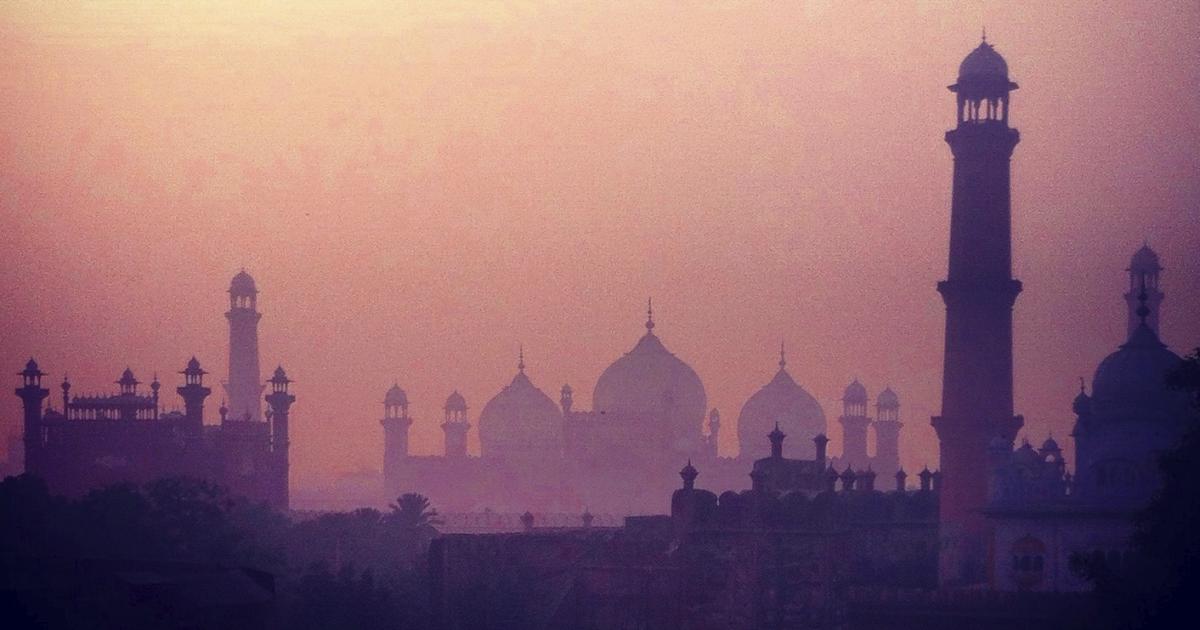 In 2016, while participating in a congressionally sponsored trip to the sub-Saharan republic of Niger, I noticed along a wide dusty avenue in the country’s capital of Niamey, a street lined with international aid clinics.  One building in particular felt out of place.  While I expected to see USAID affiliated organizations, or British or French equivalent organizations, I noticed an unexpected sign in French saying “Clinique d’Iran” or Iranian Clinic in English.  Why would the Islamic Republic of Iran fund a medical aid clinic over 3000 miles away?  What I later discovered is that several other Iranian clinics existed in the country as well.  Why would the rogue regime in Tehran support a network of these clinics in sub-Saharan Africa despite being under crippling international sanctions and having a crumbling economy?

In the international development arena, establishing aid clinics in poverty-stricken parts of the world are commonplace for developed nations to promote soft power.  Iran could seemingly seek to increase its soft power projection in order to give off the appearances of being a developed nation able to compete with the United States and Western Europe.  However, more sinister reasons might explain the presence of such clinics, including Iran’s desire to foster growing minorities of African Shiites in the region and potentially use them as terrorist proxies, or establish footholds in places where they can circumvent international sanctions.  Moreover, given Niger’s status as having the 5th largest deposits of uranium in the world, Iran in all likelihood seeks access to such resources, all of which could have implications for the growing presence of United States and Western militaries in the region.

The Iranian Red Crescent Society (IRCS) first constructed the medical clinic in Niamey in 1997.  Iran built several others including one in the town of Zinder, located near Niger’s border with Nigeria and adjacent to Nigeria’s Kano State which has a large concentration of Shiites.  According to reports from Mahmoud Ahmadinejad’s 2013 visit to Niger, Iran was planning on opening a clinic in the strategic town of Agadez, a historic entry point into the Sahara desert and to the heart of Niger’s uranium deposits in Arlit.  Within Africa, Tehran, through the Iranian Red Crescent Society, has established clinics in Mali, Ghana, Côte d’Ivoire, Uganda, Kenya, Burundi, and in several other African nations.  In doing so, the Iranian regime is able to give off appearances of being a major player in international development, despite being crippled by international sanctions and a pariah on the international stage.

Iran’s Red Crescent Society’s budget is relatively high given the country’s dire economic situation, around $166 million according to a regime publication.  However, it too has faced budgetary constraints, while its head, Ali Asqar Peyvandi was recently arrested by the Iranian Revolutionary Guard Corps (IRGC), in what opposition media have called a power play by the IRGC to gain control over the organization from officials close to Iranian President Hassan Rouhani.  Peyvandi’s arrest does not seem innocuous and clearly highlights the Red Crescent Society’s role in Iranian foreign policy and soft power projection, given the IRGC’s keen interest in it.

In addition to offering medical services to Sub-Saharan Africa, Iran has also set up a network of religious and academic institutions, establishing branches of Al Mustafa International University, whose main campus is located in Qom under the supervision of the Supreme Leader Ayatollah Khamenei.  According to the U.S. Treasury Department which recently placed sanctions against the university, these branches serve as Islamic Revolutionary Guard Corps-Quds Force (IRGC-QF) outposts to recruit intelligence sources, convert and indoctrinate locals, and develop foreign student exchanges.  While Al Mustafa does have a branch in Niamey, other branches exist throughout Africa in countries that do not have significant Muslim or Shiite populations including in the Democratic Republic of Congo, South Africa, and Madagascar.  Iran has also made the purpose of these branches clear.  According to a Middle East Quarterly report by Hassan Dai, Ayatollah Khamenei expressed in a 2010 speech a desire for the university to export “the pure teachings of Islam”, in order to export the Iranian revolution abroad.  Tehran has seemingly been eyeing this strategy in Niger since the late 1990s according to leaked U.S. diplomatic cables.  In 2018, Al Arabiya reported that “more than 6,000 African clerical students are studying in Al Mustafa branches inside Iran and various African branches.” The regime has also backed up their efforts from a budgetary standpoint, allocating around $80 million to the university in the 2020-2021 Iranian budget.

While Iran attempts to mask its activities in Africa as international benevolence, its terrorist proxies and other sympathetic groups have made very little effort covering up the nature of their own intentions in the region.  Niger’s southern neighbor Nigeria has faced a series of terrorist activity in the last decade tied to the Islamic Republic.  Within Nigerian politics, Iran has fostered the rise of a Shiite-aligned jihadist party, the Islamic Movement of Nigeria (IMN) headed by Sheikh Ibrahim Zakzaky who has had numerous bloody confrontations with the Nigerian government.  In 2015, the Nigerian military arrested Zakzaky after clashes left 300 of his followers dead, and accused his party of attempting to assassinate the Nigerian Army Chief of Staff.  In 2019, Nigeria suffered its own storming of its legislature in Abuja at the hands of the IMN resulting in the deaths of two rioters. Iran’s support of Sheikh Zakzaky’s movement is seemingly aimed at radicalizing Nigerian Shiites, mirroring what Iran has accomplished with Hezbollah in Lebanon.  Much like Hezbollah, the IMN has provided a certain amount of social services to the local population including establishing newspapers and over 300 local religious schools.  Confirming his relationship to Iran and Hezbollah, Sheikh Zakzaky paid a visit in 2015 to Hezbollah controlled Lebanon and sat for an interview with Hezbollah’s al-Manar TV.  Demographically, Zakzaky has been fairly successful at proselytizing given that Nigeria currently has an estimated Shiite population of around 3 million, compared to relatively few in the 1980s.  While much of the attention in the West has been focused on countering Boko Haram and other Salafi-adhering extremist groups, the IMN deserves U.S. attention given its potential use as a violent proxy terrorist organization by Iran.

Cementing its reputation as a pariah state, the Islamic Republic has had a long track record of circumventing sanctions and weapons smuggling all over the world including in Latin America and North Africa.  Nigeria and Niger are no different.  In 2010, an illegal shipment of rockets and mortars was seized by Nigerian officials in Lagos.  In 2013, the local court sentenced Azim Adhajani, a Tehran-based businessman and alleged IRGC member along with a Nigerian accomplice to five years in prison.  Given Iran’s constant desire to bust sanctions, West Africa would seem like an ideal place for such activity.

Iran’s presence in Niger, in particular, can also be explained by what lies underneath the Sahara Desert.  Made famous by claims of Saddam Hussein’s attempts to purchase yellowcake byproduct, Niger’s uranium accounts for 5% of the world’s supply.  While much of its extraction is under the control of French energy companies like Areva, rumors abound that Niger was seeking to diversify its export partnerships when Iranian President Mahmoud Ahmadinejad visited the country in 2013.  Given Niger’s limited exports and a stated Iranian goal of improving business ties with the African nation, it seems highly likely that uranium sales were brought up at the 2013 Ahmadinejad visit.

With a surprisingly robust, shadowy, and dispersed presence in Africa, Iran could present many diplomatic and security challenges to U.S. policy makers, not just related to its illicit nuclear program.  While the incoming Biden Administration has expressed a willingness to reengage with Iran and potentially return to the Joint Comprehensive Plan of Action (JCPOA), U.S. interests outside the Middle East, particularly in West Africa might suffer the consequences of an empowered Islamic Republic.  The growing U.S. military presence in the region might additionally put itself at risk of attack, not only from Salafist movements like Boko Haram or the Islamic State in the Greater Sahara, but from unencumbered Iranian-backed, Iranian-trained, and Iranian-indoctrinated radicalized terrorists unimpeded by sanctions.  Given Iran’s recent historical patterns of using shadowy proxies to commit acts of terror, including the 1996 Hezbollah-linked attacks in Saudi Arabia on the Khobar Towers housing U.S. Air Force personnel, the Islamic Republic could strike at U.S. interests in places where U.S. officials least expect.

Nicholas Rodman served as a Professional Policy Staffer for the House Republican Study Committee, the largest political caucus in Congress, and currently serves as an intelligence officer in the U.S. Army Reserve. The views expressed are those of the author and do not reflect the official policy or position of the Department of Defense or the U.S. Government.