Israel In The Bennett-Biden Era

On March 23, 2021, Israel held parliamentary elections for the fourth time in less than two years. Benjamin Netanyahu failed each time to cobble together a ruling coalition and his long tenure as prime minister ended when an alternative coalition was formed on June 13, 2021. The new coalition comprises seven small parties (four to eight Knesset seats each) and one medium-sized party (17 seats). It is a broad coalition that represents the full range of views on the core issues of political dispute in Israel. 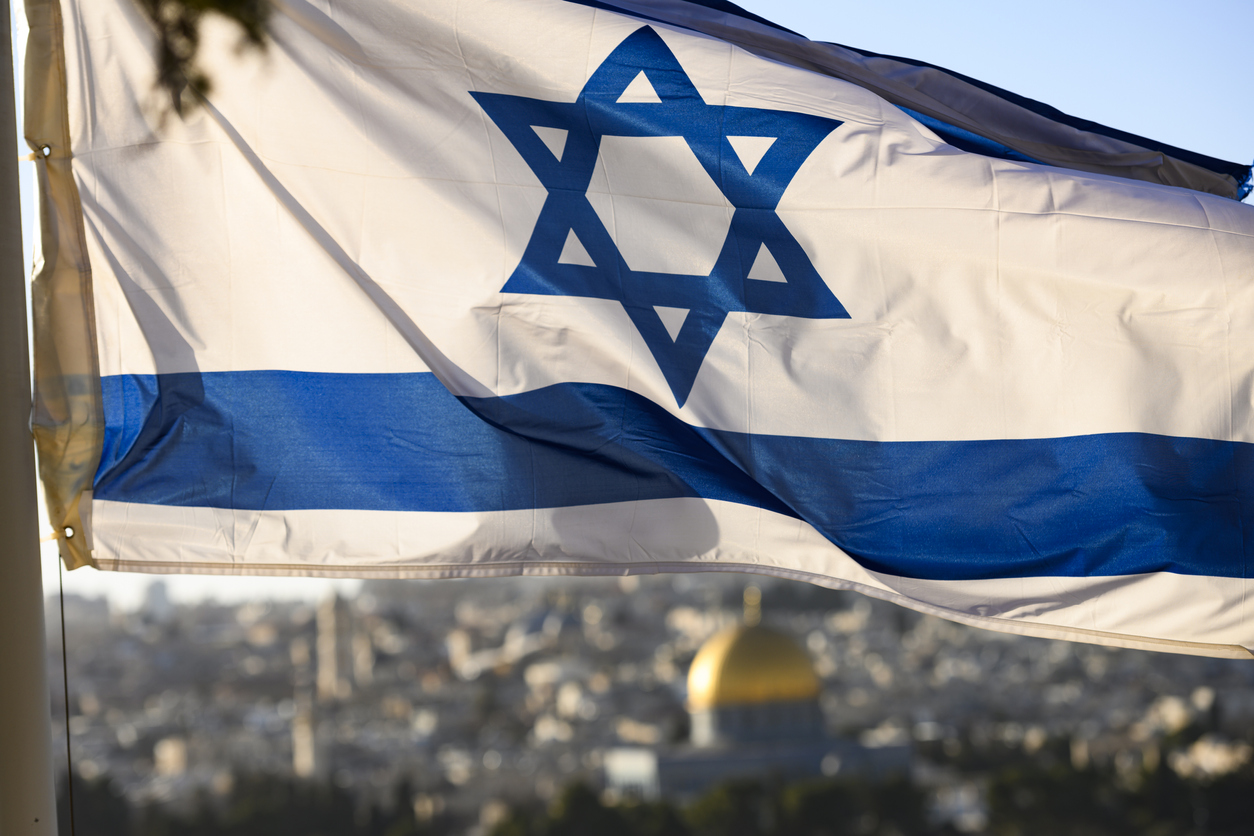 Israel In The Bennett-Biden Era 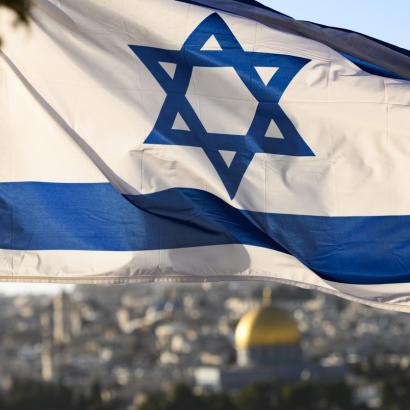 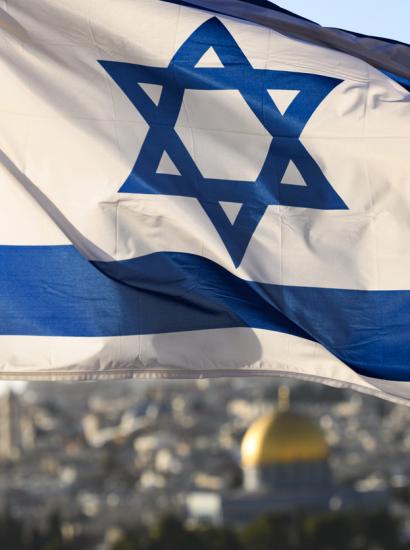 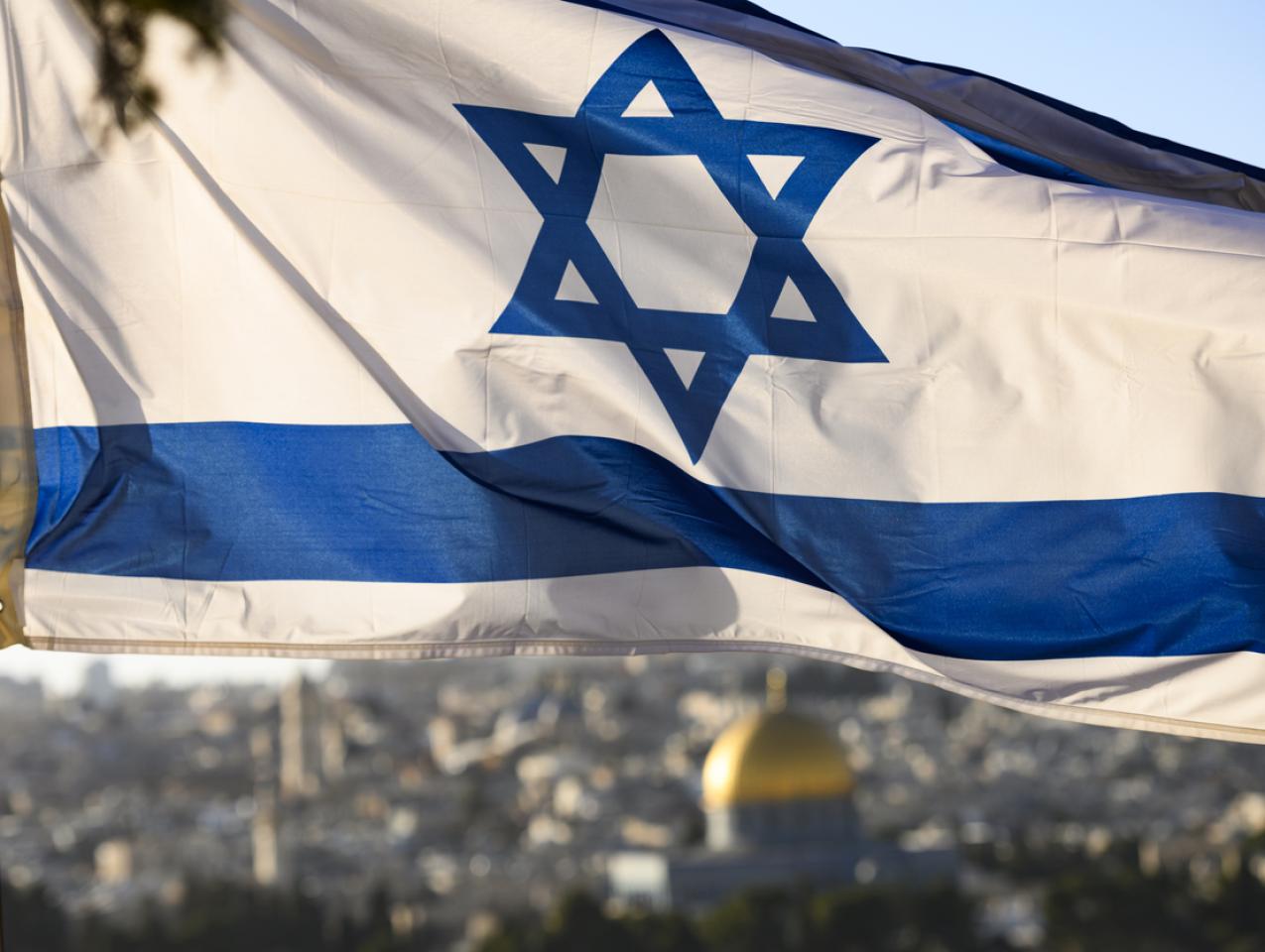 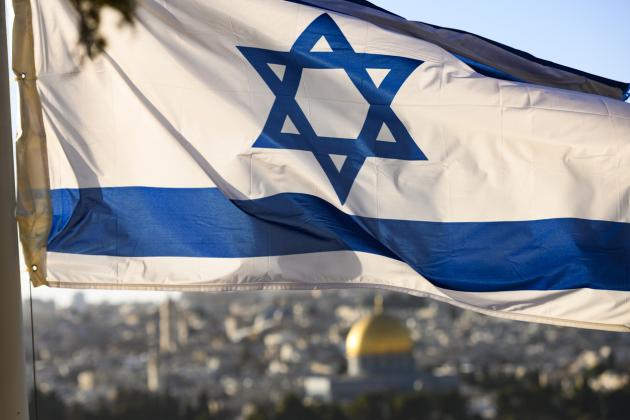 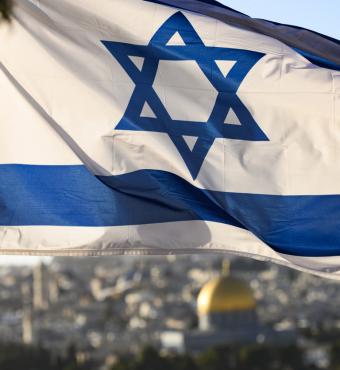 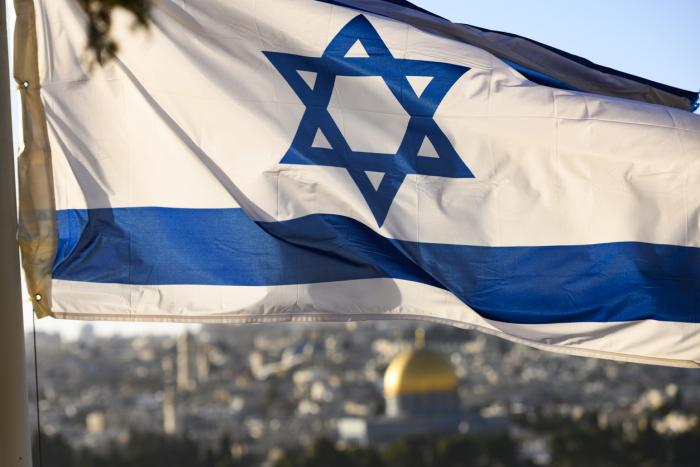 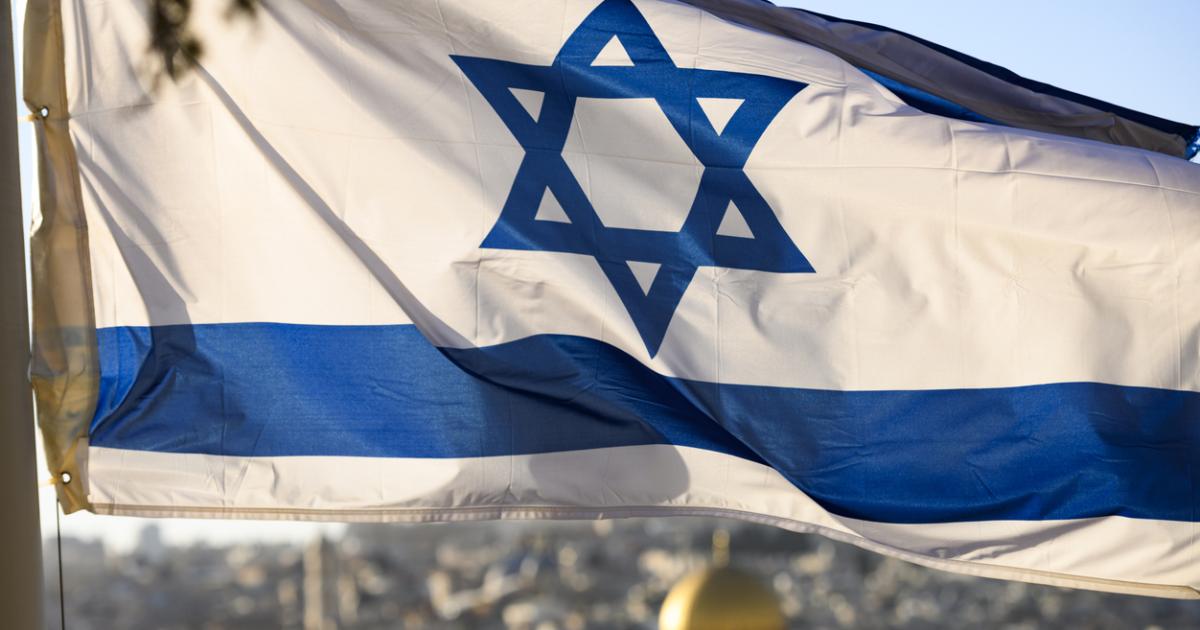 On March 23, 2021, Israel held parliamentary elections for the fourth time in less than two years. Benjamin Netanyahu failed each time to cobble together a ruling coalition and his long tenure as prime minister ended when an alternative coalition was formed on June 13, 2021. The new coalition comprises seven small parties (four to eight Knesset seats each) and one medium-sized party (17 seats). It is a broad coalition that represents the full range of views on the core issues of political dispute in Israel. The formation of this coalition and its implications reflect, beyond the chaos left by Netanyahu, a deep and ongoing structural crisis in Israel’s democracy, marked by the erosion of the foundations of stable governance and public trust in the political system.

A comparison of the election results of June 1992 and March 2021 illustrates the depth of the crisis. (After the June 1992 elections, an electoral reform – “direct election of the prime minister” –   was instituted that severely crippled the party system. The reform was canceled in 2001, but the damage was done.) In the 1992 elections, the two largest parties garnered 76 of the 120 seats in the Knesset (Labor – 44, Likud – 32). Five small parties won a total of 32 seats, and one medium-sized party held 12 seats. In contrast, the current Knesset comprises 11 small parties (less than ten seats each) that together account for 73 seats, along with two larger parties (Likud – 30 and Yesh Atid – 17). Yitzhak Rabin formed a coalition in 1992 with three parties. Thirteen of the 17 government ministers were from the prime minister’s own party, which provided him with a solid base of control that enabled stable governance. The Bennett-Lapid government formed in June 2021 includes 28 ministers and six deputy ministers. Naftali Bennett was able to maneuver his way into the prime minister’s office despite his party’s modest performance in the election – winning only six seats. About half of the coalition represents right-center worldviews, while the other half is from the left-center of the political map.

The Rabin government, operating on a firm base of governance, was able to carry out significant initiatives, including the Oslo Accords, the peace treaty with Jordan and the absorption of hundreds of thousands of immigrants from the former Soviet Union. About 60% of the public expressed trust in the government. The coalition formed in June 2021 decided to sidestep controversial issues, including the future of relations with the Palestinians. In his speech at the UN General Assembly on September 27, and unlike his predecessors (including Ariel Sharon, Ehud Olmert and Netanyahu), Bennett did not mention, even once, Israel’s wish to reach peace with its Palestinian neighbors. According to polling conducted by the Israel Democracy Institute while Netanyahu was still prime minister, only about 27% of the public trust the government. Here is another statistic indicative of the crisis: 77.38% of eligible voters participated in the 1992 elections, compared to 67.2% in 2021. The voting rate of Arab citizens dipped to an all-time low of 44.6%.

During its first months in power, Bennett’s government has invested most of its efforts in normalizing the ways of governance after a chaotic period under Netanyahu. Civil service vacancies are finally being filled after long delays, and a state budget is nearing final approval after two and a half years of deadlock. The government is also addressing the fourth wave of Covid-19 with a strategy unlike that of the previous government, focused on keeping all areas of life operating – including commercial activity, cultural events and schools.

One of the parties in the coalition is the United Arab List (four seats), which represents religious Muslims. The participation of an Arab party in a government coalition for the first time in Israel’s history is a significant milestone. It reflects the continuation of an important process – the victory of Israelization trends among Arab citizens of Israel over Palestinianization trends, which are also prevalent. The nearly two-year battle against the coronavirus has highlighted these trends and revealed the contribution of Israel’s Arab minority in this battle: 17% of the physicians in Israel, including three hospital directors, are Arabs, as are 24% of the nurses and 47% of the pharmacists. Many Israelis are interacting with non-Jews who see themselves as an integral part of Israeli society and feel a strong sense of commitment to it. Another topic that has grabbed public attention in the wake of the Arab party’s participation in the coalition is the scourge of crime and the large number of illegal weapons in the Arab sector in Israel. According to the Knesset’s Research and Information Center, Jews were suspects in 59% of the criminal cases opened in 2019, while Arabs were suspects in 41% (twice their proportion of the population).  In 82% of armed homicide cases, the suspects were non-Jews. Since the beginning of 2021, over 100 men and women have been murdered in the Arab sector. Israel’s governments have refrained from addressing this problem in recent decades. Today, serious crime in the Arab sector is high on the Israeli agenda and the Bennett government has assigned this issue top priority. The slogan “Arab Lives Matter” has spread on social networks.

The political legitimization of the United Arab List as a partner in formulating and carrying out government policy reflects the increasing integration of Arab citizens into Israeli society. The coalition partnership with this Islamic party poses significant challenges for the new government in facilitating this growing trend. For generations, Israeli governments have neglected and discriminated against the Arab minority. On the other hand, much of the Arab leadership is clannish, tribal, traditional and conservative. These characteristics have hindered the advancement of Arab society and delayed its integration into the larger Israeli society. The breakthroughs toward integration have often occurred when local Arab leaders adopt a different approach. This leadership is displaying resilience and courage in confronting the difficult situation and is joining hands to effect change. In this regard, the current government is creating a new situation that may strengthen the trends of change.

The Bennett government took the reins of power about five months after President Biden entered the White House. The Trump-Netanyahu era in U.S.-Israel relations is over; a symbiotic and controversial connection was severed. Under Netanyahu, the strategy of bipartisanship pursued by all previous Israeli governments was breached. Prime Minister Bennett inherited from Netanyahu included  relations with the Democratic Party. The Republican Party served as an ideological home for Netanyahu, and his courtship of Republican leaders led to the public humiliation of the Democratic Party and President Obama, culminating in the prime minister’s speech before Congress in March 2015. The firm bipartisan support for Israel, which Israeli governments and AIPAC had cultivated for decades, became precarious almost overnight.

The bilateral relations between Israel and the U.S. were built on two foundations: security/geopolitics and shared values. Maintaining Israel’s military superiority in the region was, and remains, the guiding principle in the realm of security and geopolitics. In recent decades, and particularly after 9/11, the U.S.-Israeli relationship in the intelligence sphere has tightened. The geopolitical agenda focuses on two issues: the Palestinians and Iran. The first can be described as “the elephant in the room.” Over the years, Israeli governments have refrained from deciding on the question of establishing a sovereign Palestinian entity; this equivocation can be mainly attributed to internal political pressure in Israel. Moreover, various governments, including those led by centrist and leftist parties, succumbed to this pressure and expanded Israel’s stranglehold in the territories captured on 1967.

According to the Palestinian Central Bureau of Statistics, there are about 3,120,000 Palestinians living today in the West Bank, including 472,000 in East Jerusalem. Based on the records of Israel’s Population Administration in Judea and Samaria, the Yesha Council of Jewish Settlements reported that about 476,000 Jews were living in West Bank settlements in 2020 (not including East Jerusalem).

Throughout the decades since 1967, all American administrations, Trump’s excluded, never accepted Israel’s positions and arguments. They criticized Israel policies as ‘obstacles for peace’, ‘illegal’ or ‘unhelpful’. These arguments, however, were expressed intimately behind closed doors. Thus, while trying to promote a two-state solution, the U.S. implicitly recognized the political needs of Israeli governments and turned a blind eye to the proliferation of Jewish settlements in the occupied territories. The American approach has not changed so far under the Biden administration. It remains to be seen whether the liberal voices in the Democratic Party and the growing anti-occupation sentiment among American Jews will lead the U.S. to propose alternatives. Any such proposal is liable to upset the Bennett government’s fragile equilibrium. Therefore, no change of direction is on the horizon.

The Iranian issue is more complex. Upon entering the White House, Biden faced the predicament that Trump and Netanyahu had engendered – cancellation of the 2015 JCPOA agreement. Two issues stand out in this context in the Israeli discourse: First, the assumption among present and past defense officials in Israel is that Netanyahu’s pressure on Trump to quit the accord was a strategic error that has brought Iran significantly closer to becoming a nuclear threshold state. The second issue is related to the first: The withdrawal of American forces from Afghanistan raises the question of its implications for Israel. What can we learn from this about the U.S. stance vis-à-vis Iran in the Biden era?  What are the U.S. objectives in negotiations with Iran? And above all, what is the meaning of the president’s repeated declaration that the U.S. will not allow Iran to enter the club of nuclear states? The internal discussion in Israel centers on the following question: Should Israel recognize that Iran is very close to achieving the status of a nuclear threshold state and formulate its strategy accordingly? One way or another, Israel is clearly dependent, almost inherently, on what the U.S. does. And since the U.S. stance is still unclear, Israel’s optimal strategy remains an open question.