Protracted conflicts are protracted for a reason. They involve deeply-held grievances; ethnic, religious or ideological animosities; territorial disputes; boundary issues; political power struggles; clashes over the distribution of wealth; and competing narratives; among other factors. Protracted conflicts are not static, but rather evolve over time. Conflict management and mitigation, a strategy for dealing with conflicts that appear impervious to resolution, miss the point; for these strategies often do not take into account evolving changes through which conflicts pass. 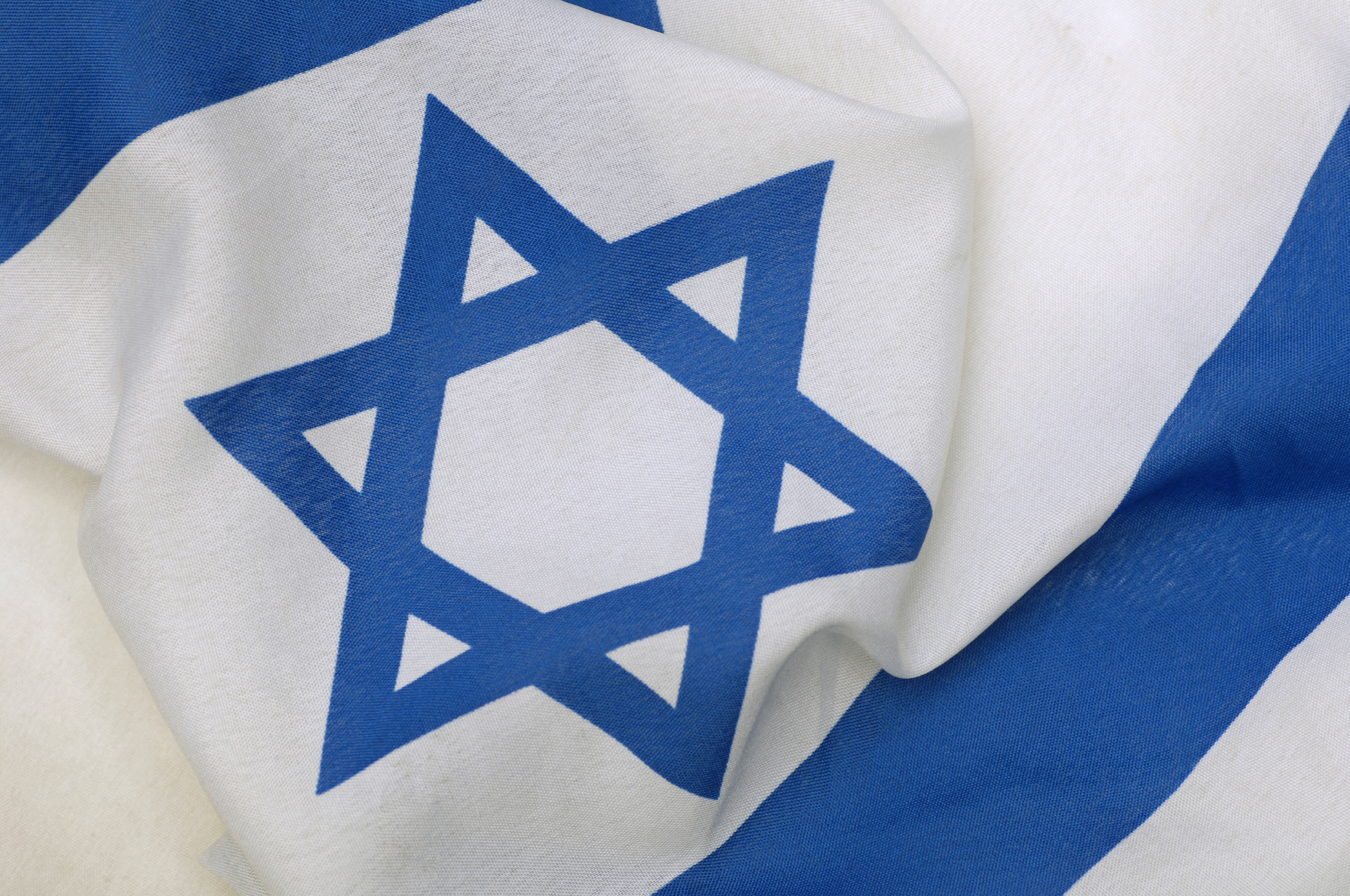 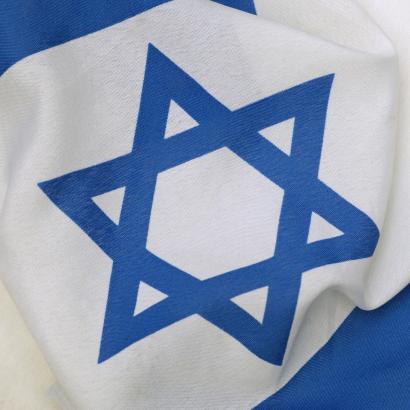 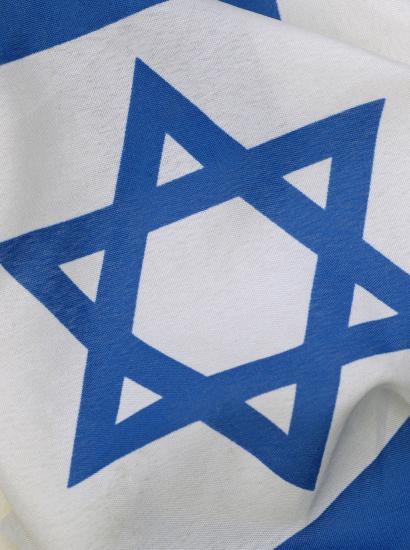 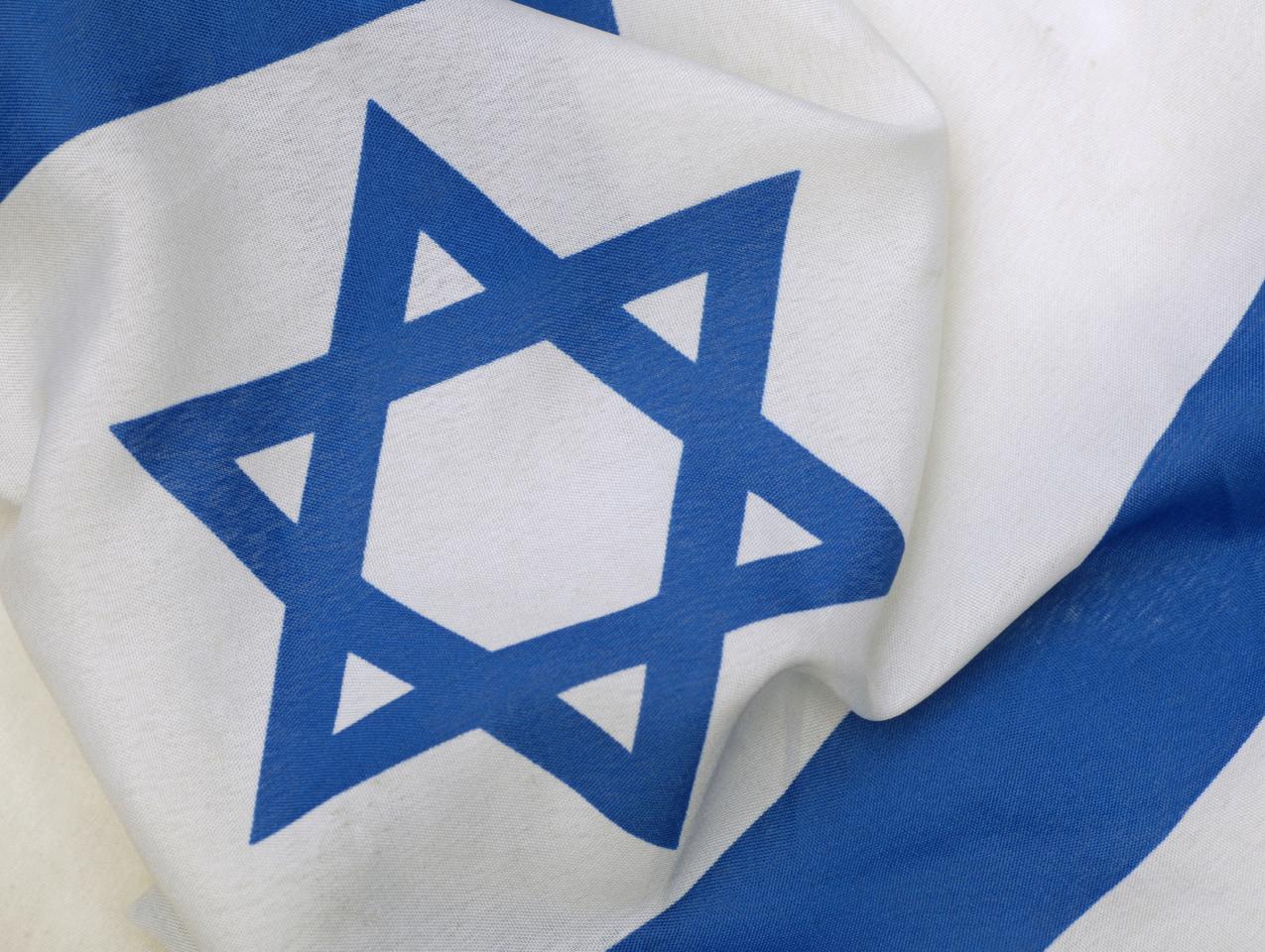 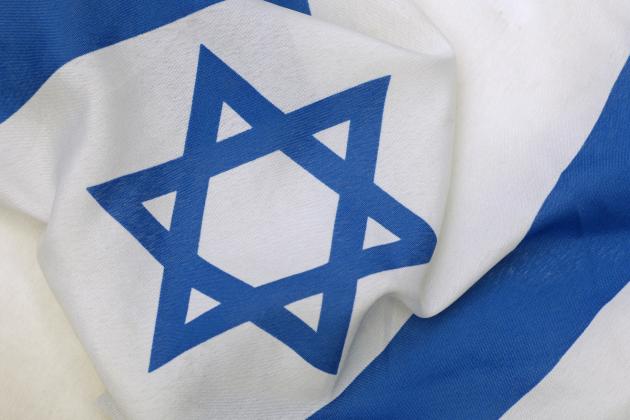 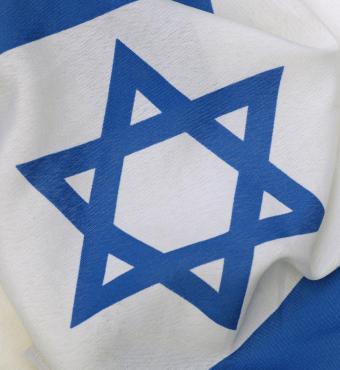 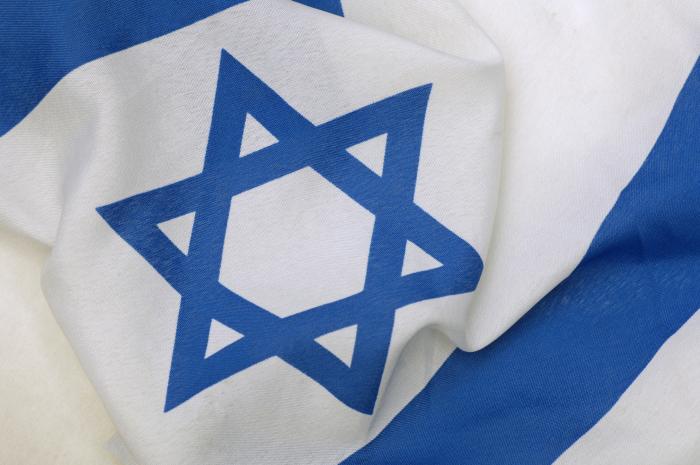 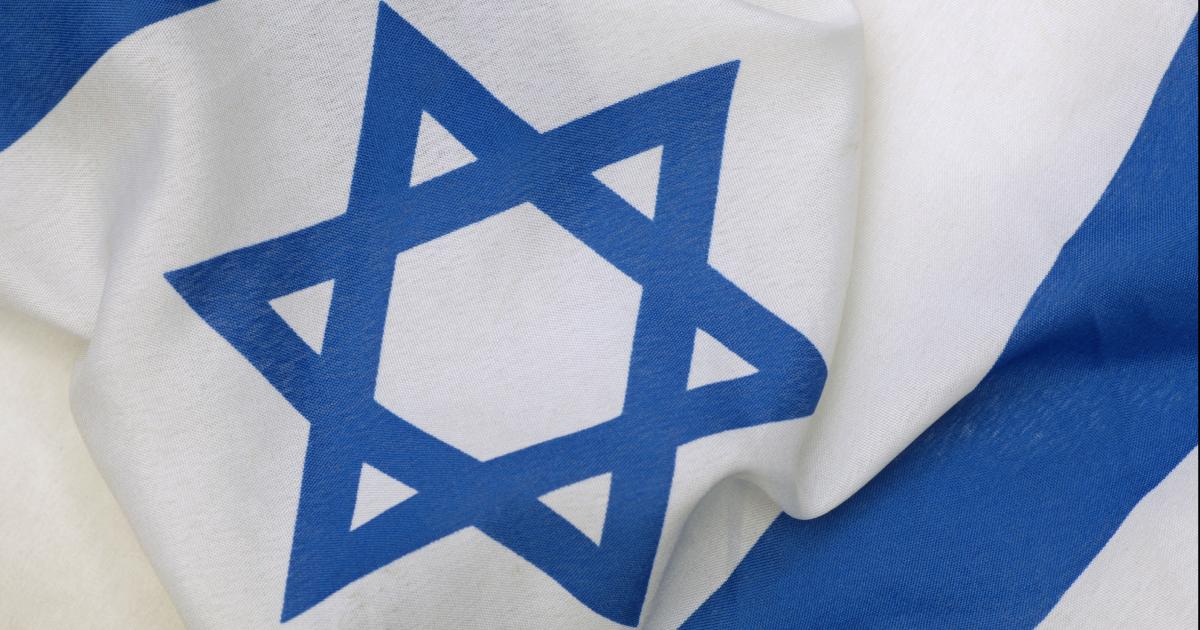 Protracted conflicts are protracted for a reason. They involve deeply-held grievances; ethnic, religious or ideological animosities; territorial disputes; boundary issues; political power struggles; clashes over the distribution of wealth; and competing narratives; among other factors. Protracted conflicts are not static, but rather evolve over time. Conflict management and mitigation, a strategy for dealing with conflicts that appear impervious to resolution, miss the point; for these strategies often do not take into account evolving changes through which conflicts pass.

The Israel-Palestine conflict is no exception. It is a clash between two peoples who claim exclusive ownership and sovereignty over the same land, the area between the Mediterranean Sea and the Jordan River. It pits two peoples with very different social, economic and cultural characteristics against each other. It involves religion, especially as religious practice is attached to contested holy sites. And it rests on competing narratives that are remarkably parallel, almost a mirror reflection of each other.

When I teach this conflict and query the class about narratives, a stunning reality emerges: both sides describe their grievances, history and requirements in essentially the same terms, to wit:

In considering whether the Israeli-Palestinian protracted conflict is resolvable, it is important to think deeply about the issue of narratives. Indeed, the proximate issues in dispute – the core elements that have been the focus of the peace process to date -- are resolvable. Past negotiations have demonstrated how close the parties have come to bridging differences. Past peace efforts have narrowed the gaps substantially.

For example, agreement more or less exists that the border between the two states of Israel and Palestine will be based on the lines of June 4, 1967 with land swaps of approximately equal size and value. The two sides have not reached specific understandings on the size or locations of the swaps, but in 2008, the differences were not large.

Agreement more or less exists also that the State of Palestine will be demilitarized, and that extensive, overlapping security provisions will be necessary. Both sides agree that Palestine will require a robust security force to handle internal security and law enforcement. A classified study by General John Allen produced a substantial body of work on how to meet Israel’s security needs. The Center for New American Security produced a public study on the same subject a couple of years ago. https://www.cnas.org/publications/reports/advancing-the-dialogue-a-security-system-for-the-two-state-solution

Agreement does yet not exist on the Palestinian refugees’ demand for the “right of return” to homes they left in 1948. The Clinton Parameters, however, suggested a number of options for dealing with the issue, and the two sides have held some discussions on numbers and the historical narrative. https://ecf.org.il/media_items/568

Agreement also does not exist regarding Jerusalem, the epicenter of the conflict between Israelis and Palestinians, involving also the interests of Jews, Muslims and Christians worldwide. In the Olmert-Abbas talks in 2008, the two discussed recognizing Jerusalem as the capital of two states for two peoples; assigning sovereignty to Israel for Jewish neighborhoods in East Jerusalem, and to Palestine for Arab neighborhoods in East Jerusalem; and developing a special administrative regime for the Old City and Holy Basin.1[1]Former Secretary of State John Kerry reflected much of this in his valedictory speech in December 2016. Kerry provided his assessment of the parties’ views, summed up his ambitious effort to reach a framework agreement between the parties, and tried to point the way forward on the core issues. https://www.politico.com/story/2016/12/full-text-john-kerry-2016-israel-mideast-peace-speech-transcript-233014

None of this suggests that reaching agreement on these and other substantive issues that divide the parties will be easy. The two most emotionally-charged issues – Jerusalem and refugees – involve not only Israelis and the Palestinian Authority, but also impact the two diasporas whose views are sometimes more extreme than the negotiating parties. Religion and ideology, always present in this conflict, have manifested themselves more dramatically in recent years, and extremist opponents of the process now cloak themselves in the mantle of religious devotion.

At bottom, however, all of these issues – however much they are impacted by religion, ideology, or deep animosities – are amenable to reasonable, rational solutions. Achieving agreed outcomes on the core issues will require the kind of leadership, will and determination that, with few exceptions, has been missing on both sides. And all will require a political and diplomatic leap of faith to cross the substantive chasm that will remain when compromises, concessions and bridging proposals fall short. All of this is tough, extremely so, but not impossible to imagine.

What is even more difficult to imagine is how the two peoples will overcome the narratives divide. Even if leaders were able to reach a breathtaking agreement on all the outstanding issues, would they be able to sell it to their respective publics? More accurately, would leaders even be willing to approach such a breathtaking agreement without knowing in advance whether their publics would support them, and whether the public would be able to withstand the pressures that would surely be exerted by spoilers to prevent or subvert an agreement?

One important, but undervalued element in all past peace efforts has been people-to-people engagement, that is, activities that bring ordinary people together to overcome mutual distrust and to build understanding at the grassroots level. As part of the diplomatic breakthrough of the Madrid peace conference in 1991, multilateral working groups started grappling with issues that had not been addressed because of the underlying conflict, namely water, environment, arms control and regional security, economic development, and refugees. Although the multilateral talks were driven by governments, the participants often came from the professional or private sectors, that is, the real experts and stakeholders. These five working groups and a steering committee, chaired by the United States and Russia, held frequent meetings for several years until the interest of the U.S. administration lapsed. Without strong U.S. leadership, the multilateral negotiations faded away over time.2[2]The Clinton administration also launched a series of public-private economic summits, designed to stimulate investment and business cooperation in the region. Four summits were held in Casablanca, Amman, Cairo and Doha, with hundreds of senior governmental and private sector leaders participating.3 Here, too, however, interest in sustaining this initiative petered out in the late 1990s, corresponding to the failure of the official, bilateral peace process to progress.

Non-governmental organizations, often supported by official government grants, have initiated some people-to-people activities over the years, but these have been drops in the bucket. For example, in the late 1990s, the U.S. Congress authorized $10 million dollars as seed money for Israeli and Palestinian NGOs to work together. It took several years for the money to be granted, and the initial funding was not renewed. The U.S. assistance program for the West Bank and Gaza has had funds for conflict management and mitigation to promote, inter alia, the work of local organizations involved in people-to people activities. However, these grants have not impacted large numbers of people in either community.

Most recently, the Trump administration has fashioned an economic component of what is billed as a larger peace plan, and the administration convened a workshop in Bahrain to try to mobilize support for its plans.4 While this economic plan focuses more on business and investment, at its core it seems designed to look beyond government-government engagement, and to try to stimulate action by the Israeli and Palestinian people. The problem confronting the Trump administration, however, is that its peace policy has been widely scorned, in large part because of administration policies that are seen as punitive against the Palestinian Authority and the Palestine Liberation Organization (PLO), as well as actions that are beneficial only to Israel.

In short, although there is no simple solution to the dilemma of competing narratives, the challenge of bringing people together can be advanced through determined leadership and the willingness to fund people-to-people activities. Even a modest investment in this area can pay huge dividends at some future date were leaders to emerge who were prepared to resolve the Israeli-Palestinian conflict.