Successful competitors are those who bring innovation to the game. 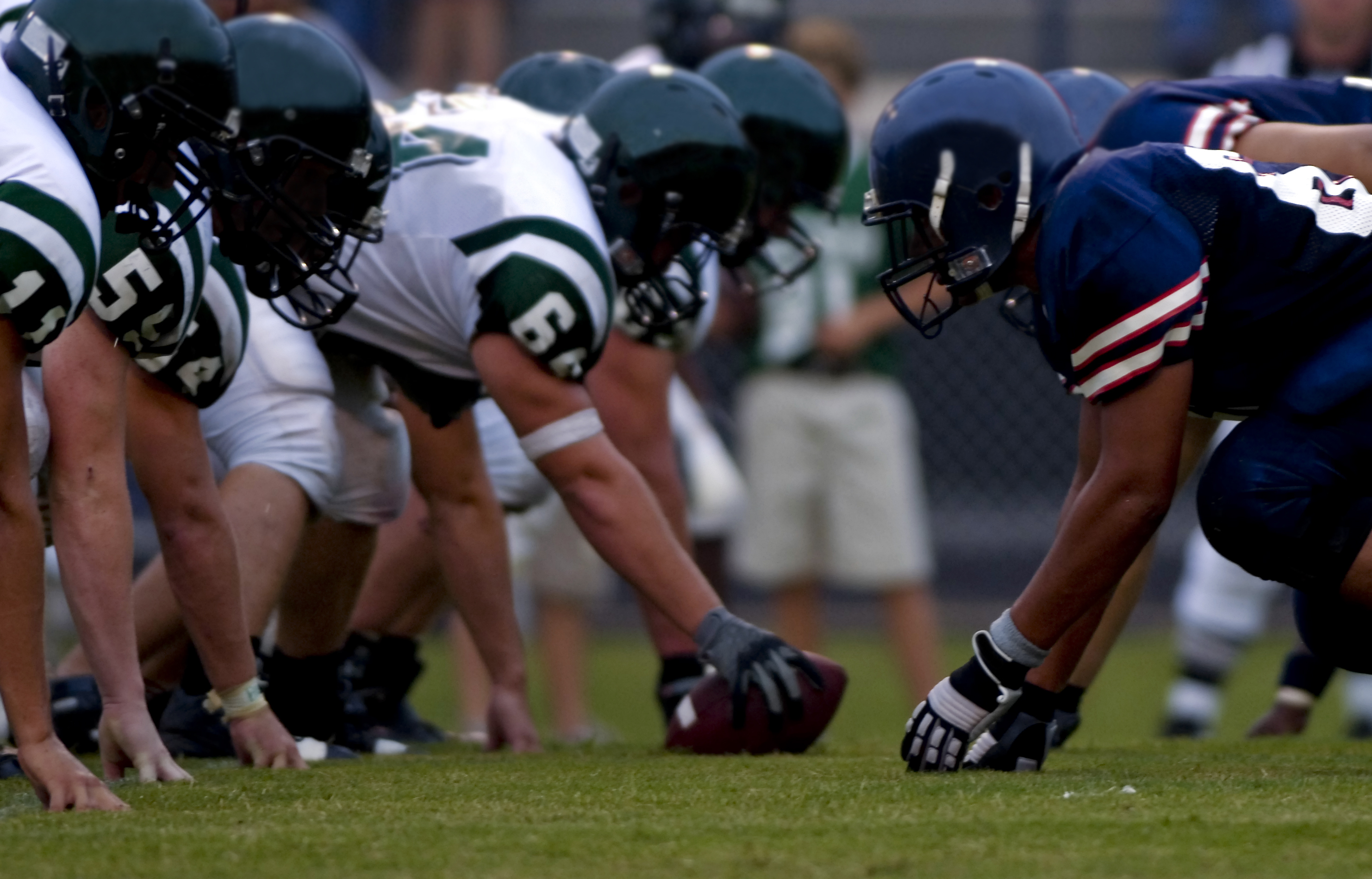 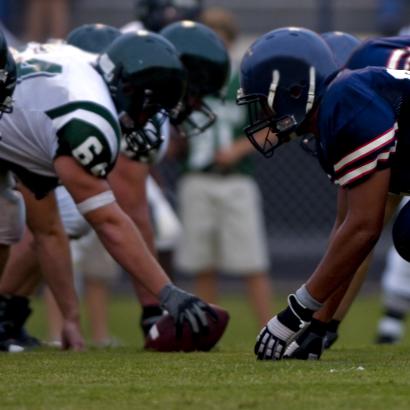 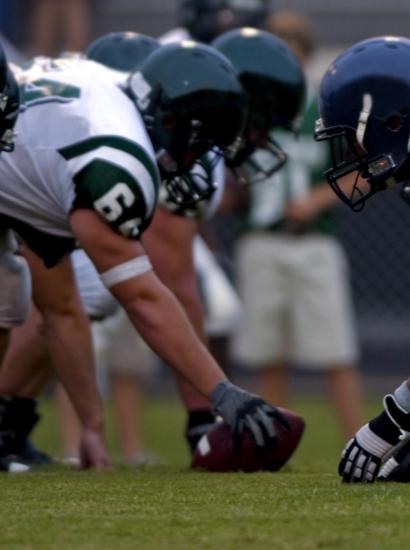 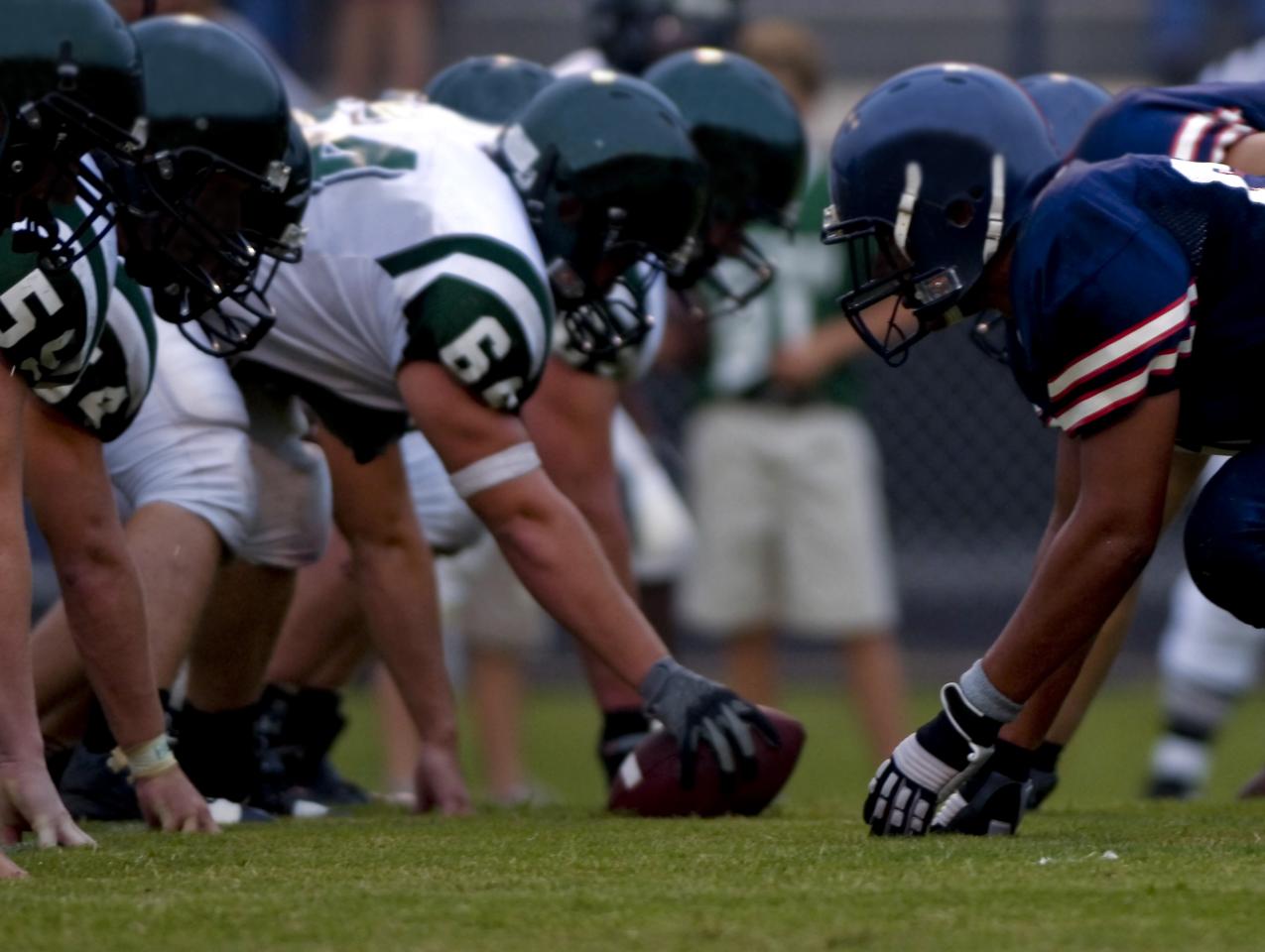 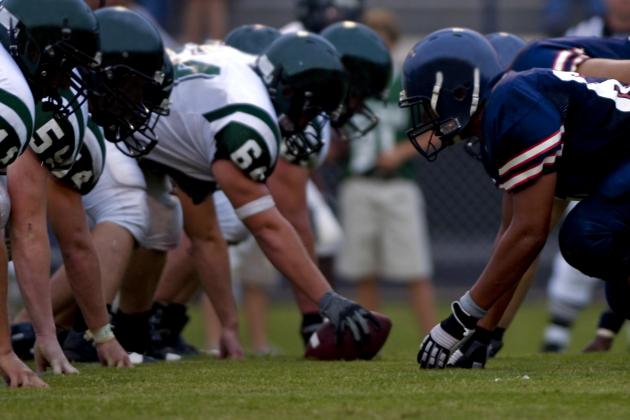 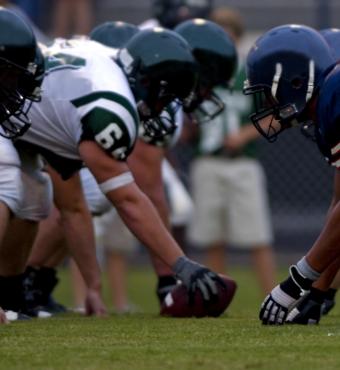 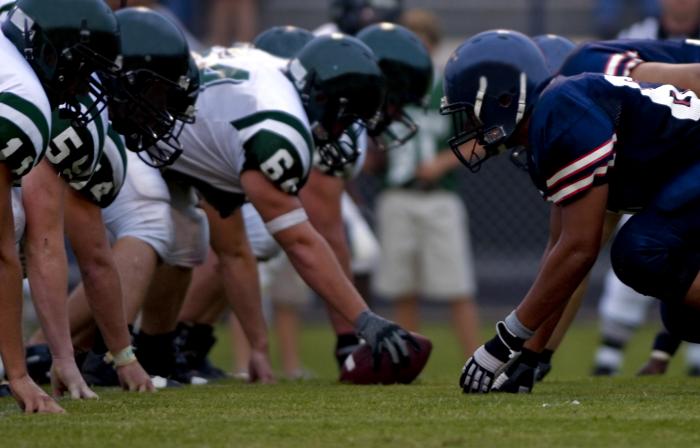 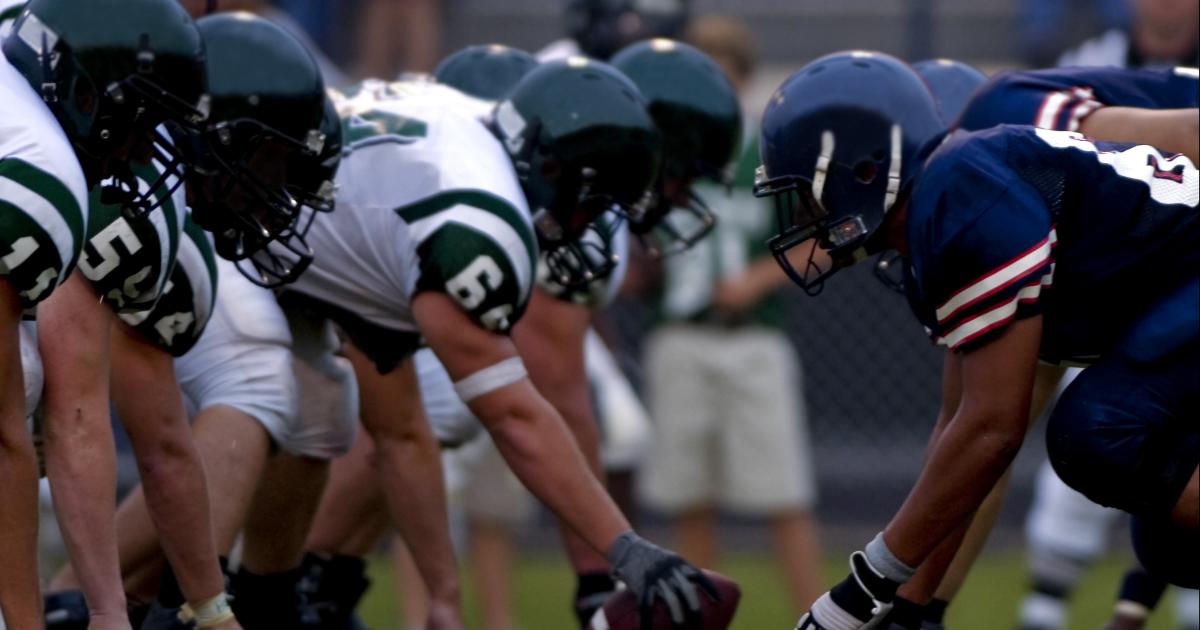 Like many people, I was a fan of John Madden, the NFL coach and game commenter who died last week at age eighty-five. He was a larger-than-life character who made football more understandable to people like me who wanted to watch football on TV but didn’t know what to watch for.

If the only things to comment about were Madden as a person and an expert, and football as a game, it wouldn’t make sense for me, an economist, to write about him. But the history of Madden as commentator, and Fox as his employer, illustrates some important truths about economic competition, truths that many people in the Biden administration either have forgotten or, more likely, never knew. The truths can be summed up in a few pithy statements. First, competition is a tough weed, not a delicate flower. Second, it takes only a few to compete. Third, if you insist on judging the extent of competition by the presence or absence of “perfect competition,” you will miss most of the competition that matters.

Competition is a Tough Weed, Not a Delicate Flower

In a December 2018 article, “The Great NFL Heist: How Fox Paid for and Changed Football Forever,” Bryan Curtis illustrates this with his great discussion of the competition for televising NFL games when Fox entered the picture in the early to mid-1990s. CBS was the established broadcaster of the National Football Conference (NFC) football games. Airing NFC games was valuable to whoever won the competition for two reasons. First, NFC teams had dominated previous Super Bowls and so generated more fan interest. Second, NFC teams tended to be in bigger markets: Philadelphia, Chicago, Washington, Dallas, and San Francisco, to name five. Rupert Murdoch, owner of newcomer Fox, saw that also. But an additional factor made the NFC games even more valuable to him. Trying to establish Fox as the fourth network, he and some of his key advisers saw the TV rights for NFC games as a potential cornerstone around which to build the network and expand into a number of major cities. For that reason, Murdoch was willing to bid substantially more for the NFC rights than CBS was willing to bid. Fox won out.

Notice this simple fact: a newcomer competed successfully with an established firm. Yet many commentators will tell you that large firm X or large firms X, Y, and Z have a particular market wrapped up. You will even see reporters in the business press discussing the percent of an industry’s output that a large firm “controls.” What they miss is that newcomers often compete with established firms. An existing firm doesn’t control a particular share of output. It has to compete against existing firms and, over time, new entrants. CBS learned that the hard way.

An example in the lifetimes of virtually all my readers is Amazon. When Jeff Bezos started Amazon in his garage in 1994, he planned to sell books online. That was it. But gradually, Amazon expanded, carrying thousands of other items, becoming competitive in many retail sectors. We didn’t need antitrust authorities to generate competition: Amazon did it. Parenthetically, what seems to bother Lina Khan, chair of the Federal Trade Commission, and others who want to sic the trustbusters on Amazon is that Amazon succeeded. Apparently, competition is fine as long as competitors aren’t too successful.

It Takes Only a Few to Compete

Often you will hear even economists say that when there are only a few firms in an industry, we don’t have vigorous competition. Their thinking seems to be that with just a few firms, collusion, though illegal, is likely. Yet there is strong evidence against that. John Madden understood that fact when it came to competition for his services.

As Bryan Curtis tells it in his article in The Ringer, once Fox won the competition for NFC games by paying $400 million a year, it wasn’t a big lift to hire commentator John Madden away from CBS by paying what was then an enormous amount of money. At the time, top sportscaster salaries were about $2 million a year. ABC and NBC, competing for John Madden, offered substantially more. Rupert Murdoch was aware of that, and he saw that if he was really going to establish Fox as a football player (pardon the pun) it made sense to get the best and offer Madden even more than ABC and NBC were offering. Murdoch presented Madden’s agent, Barry Frank, with an $8 million offer. That sounds high, but $8 million is not much more than a rounding error on $400 million.

One person who understood that was Dallas Cowboys owner Jerry Jones. Jones used a colorful analogy to make the point: “If you make that kind of commitment [for the NFC rights], you’ll go after and get the best. That’s peanuts. That’s arguing about the price of the seasoning after you’ve paid a fortune for the steak.” The deal was done.

Curtis quotes Matt Millen, a former NFL player, a CBS commentator, and later the president and CEO of the Detroit Lions, asking Madden, “John, how’s it going?” Madden answered, “Matt, let me tell you one thing. If you got one person who wants you, you get a job. If you got two people who want you, you get a great deal. And if you have three or more, you get a bonanza.” Madden saw clearly that even a small number of competitors could lead to intense competition.

Of course, the bidding for Madden’s services was by well-financed firms that wanted to hire him. But the point is more general. It applies also to firms competing to sell their services and products. In an article titled “Monopoly,” economist George J. Stigler, who, as noted above, coined the “tough weed” metaphor, highlighted the work of his University of Chicago colleague, economist Reuben Kessel, showing that small numbers of producers compete intensely.

Kessel studied competition among businesses bidding to underwrite bonds issued by the California state government. Prices were measured as spreads per thousand-dollar face value. So, for example, if an underwriter got the business for a spread of $15, he was paid $15 for every thousand dollars of bonds he sold. And what did Kessel find? With one underwriter bidding for the business, the spread was $15.74. With ten underwriters bidding, the spread was a third lower, at $10.23. But here are the striking findings. With just two underwriters bidding, the spread was $12.64, which was halfway between the presumed monopoly level of $15.74 and the highly competitive level, with ten underwriters, of $10.23. Adding one competitor made that much difference. Also, found Kessel, having only six competitors brought the spread down to $10.71, almost as low as the spread with ten competitors. Commented Stigler, “Kessel’s results, more than any other single study, convinced me that competition is a tough weed, not a delicate flower.” Stigler was focusing on one aspect of competition: price competition. But that’s only one kind.

The Competition that Matters Most: Schumpeter Nailed It

When I was an active, rather than emeritus, economics professor and I taught my students about competition, I would start by asking them to name various kinds of competition. They typically came up with a fairly long list. It included advertising, service, location, guarantees and warranties, and additional features of a product or service that would make it more valuable to consumers, to name five. Occasionally a student would mention competition on price.

Then I would tell them that that’s how I think of competition also but that, if they read the chapter we were about to discuss, they would find the textbook author narrowing competition down to one variable: price. Moreover, I pointed out, even that was a little strange because for economists to regard competition as “perfect,” all the competition on price had to already have happened so that each seller was producing the identical product and charging the same price. I first came across the concept of perfect competition from a textbook by Paul Samuelson when, at age nineteen, I was taking my first course in economics. As I wrote in my book The Joy of Freedom: An Economist’s Odyssey, my first reaction was: “This didn’t seem perfect to me at all. It just seemed boring.”

But it’s worse than boring. It leaves out the essence of competition.

Back to Fox. Once it got the NFC contract, it improved the product in many ways. One was that it used more cameras so that the viewer got to see more angles and missed less action. Another, Curtis writes, was this:

That second point is, I suspect, important to many spectators who, when they watch football, want to understand the coaches’ strategies. In many cases, coaches will choose different plays if they have three minutes left in the half instead of, say, seven minutes. With the clock on the screen all the time, viewers can understand better.

While far too many economics professors still spend way too much time on perfect competition, one economist about eighty years ago got the essence of competition. His name was Joseph Schumpeter. In his 1942 classic, Capitalism, Socialism, and Democracy, Schumpeter wrote:

But in capitalist reality as distinguished from its textbook picture, it is not that kind of competition [price competition] which counts but the competition from the new commodity, the new technology, the new source of supply, the new type of organization . . . competition which commands a decisive cost or quality advantage and which strikes not at the margins of the profits and the outputs of existing firms but at their foundations and their very lives.

What a beautiful way of saying it.

The late nineteenth-century and early-twentieth-century British economist Alfred Marshall defined economics as “a study of mankind in the ordinary business of life.” We can learn a lot about competition by seeing how people and firms actually compete. Many of the textbooks miss that point. But John Madden, Rupert Murdoch, and various executives at Fox got it. Whereas competition might not be great for people and firms who are outcompeted, it’s great for the rest of us.