Judge Koh Is No 5G Wiz

The decision in favor of the FTC and against Qualcomm is a disaster. 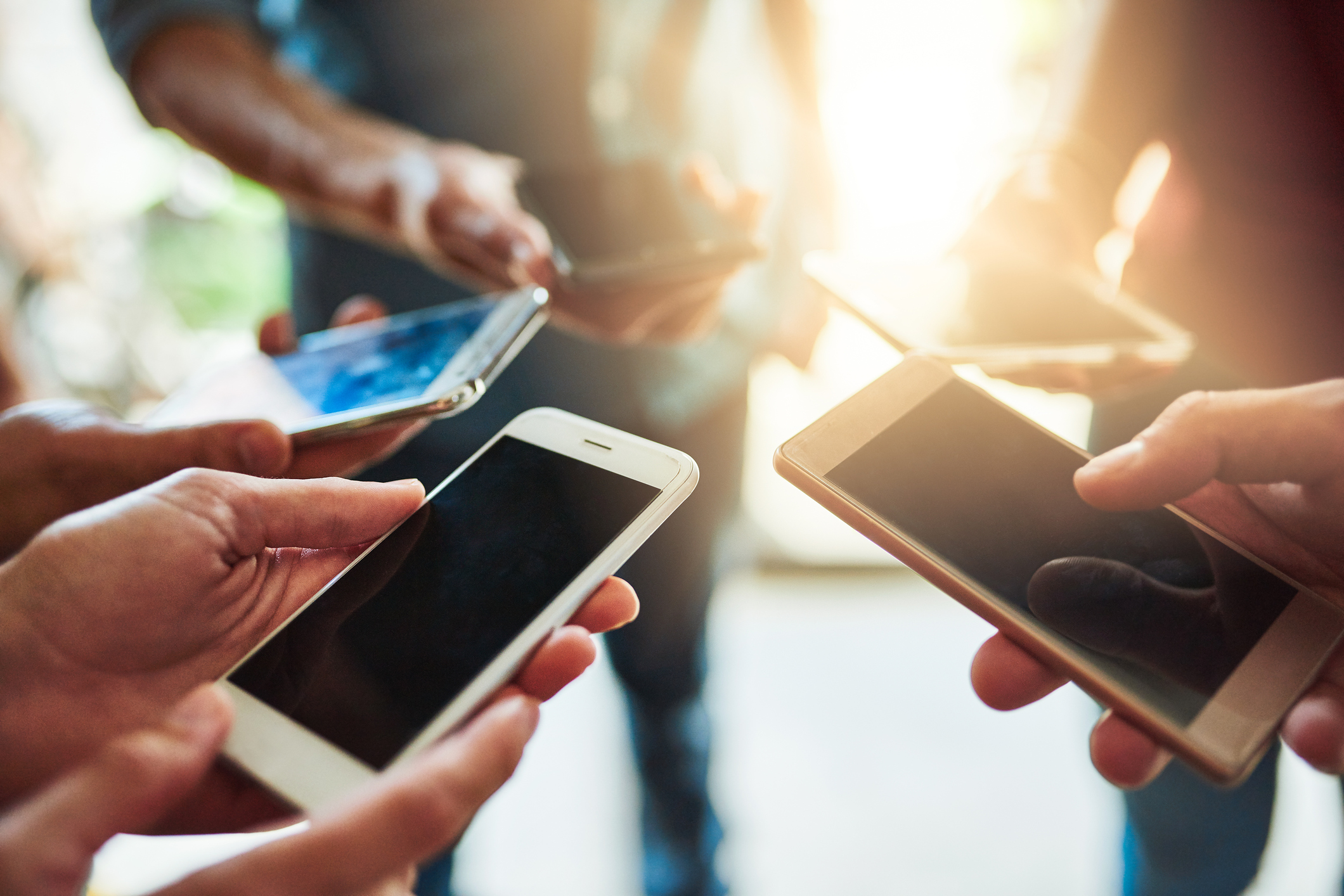 Judge Koh Is No 5G Wiz 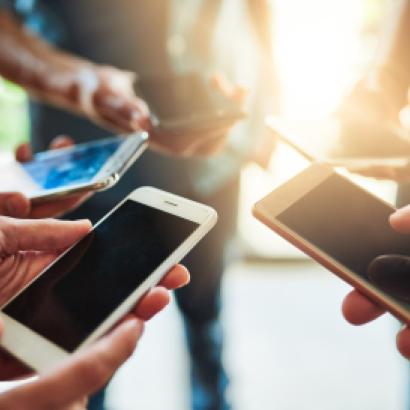 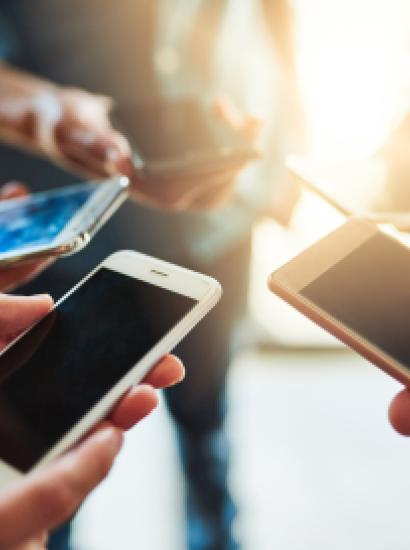 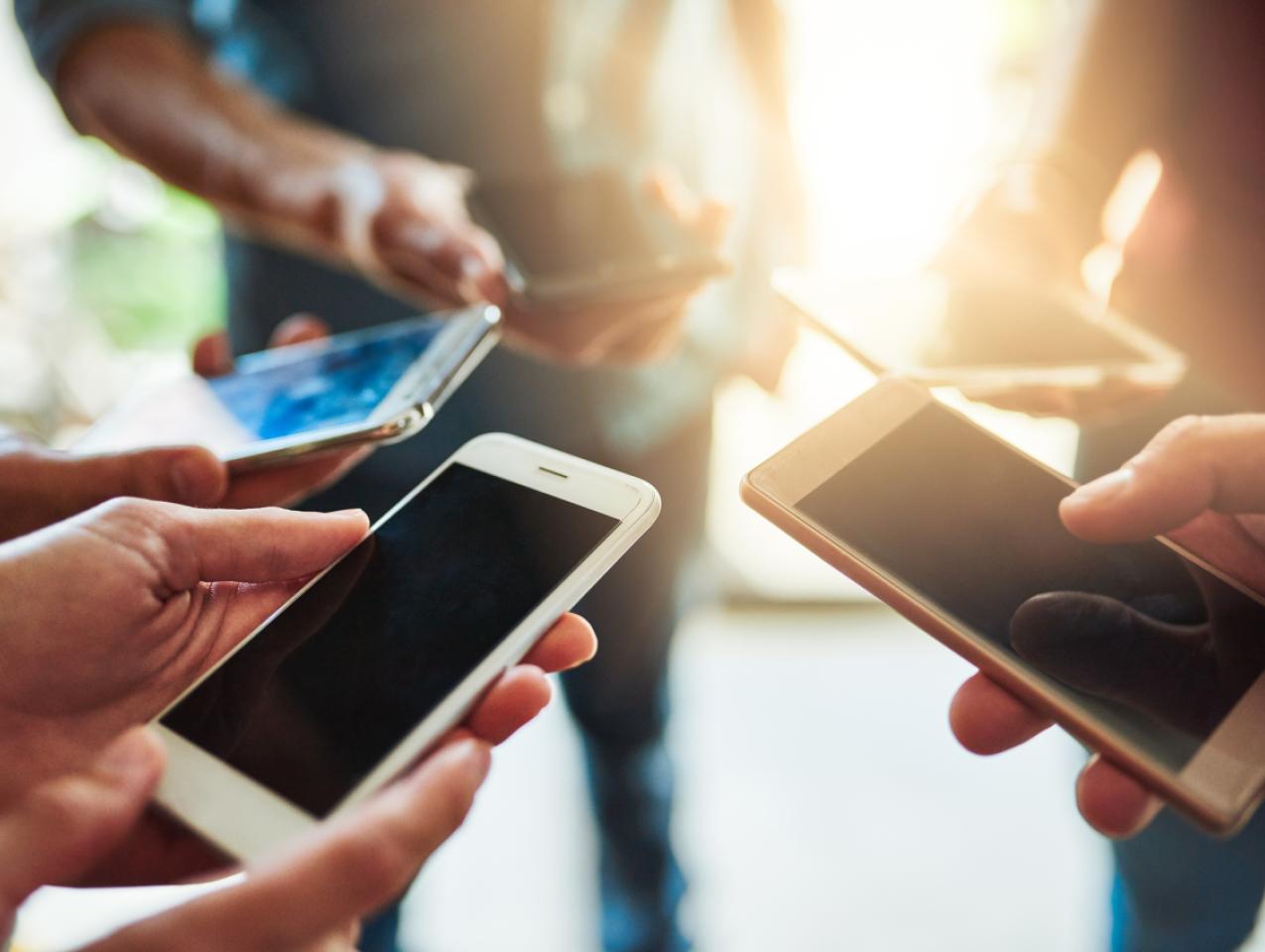 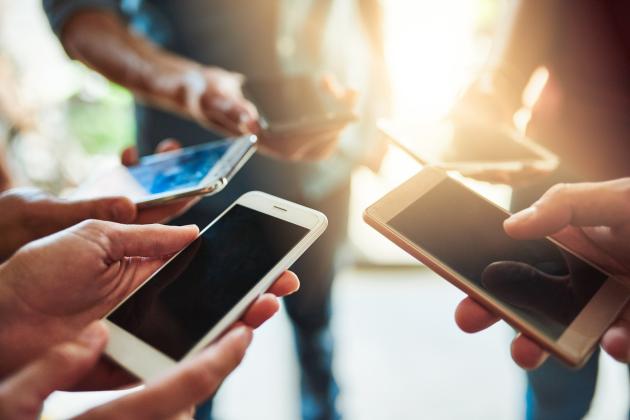 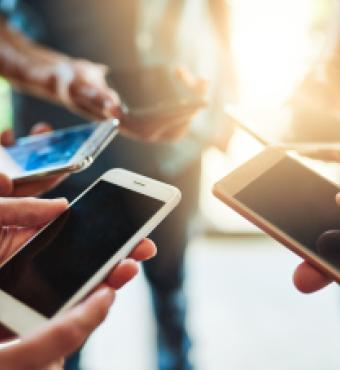 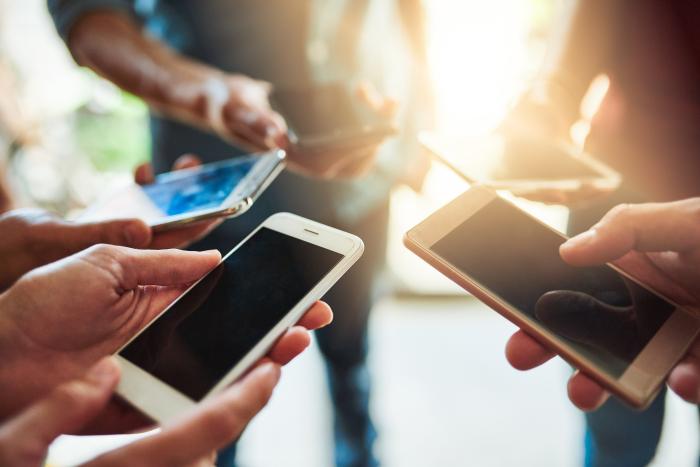 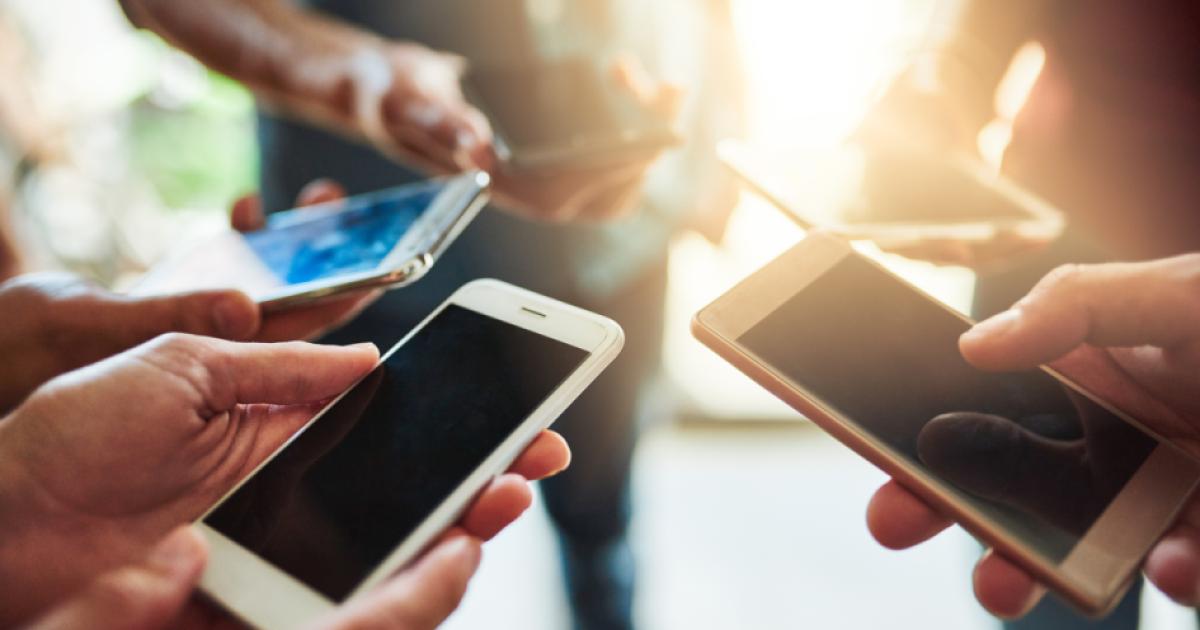 Judge Lucy Koh of the Northern District of California gave the Federal Trade Commission an enormous victory this past week in its antitrust lawsuit against Qualcomm. Her conclusion was that “Qualcomm’s licensing practices have strangled competition” in key markets to the detriment of rivals, original equipment manufacturers (OEMs), and consumers.

Her solution was a stern edict that at a minimum forces Qualcomm to abandon its “no-license, no chip” policy in three key ways. First, as that label suggests, Qualcomm may no longer sell its chips only to parties who have already obtained a license—perfectly proper under patent law—to use chips that contain Qualcomm’s patented technology. Second, Qualcomm must renegotiate all of its contracts worldwide to make sure that it only charges “fair and reasonable rates” for all of its technology and chipsets, including now required sales to its direct competitors in the 5G market. Third, the order prohibits Qualcomm from entering into “any express or de facto exclusive dealing relationships” with its customers. As the Wall Street Journal wrote, Judge Koh’s “Qualcomm coup” effectively “kneecaps” the major American player in the 5G market.

I have worked as a legal advisor and consultant for Qualcomm for many years, and have always been stunned by the huge number of antitrust attacks that are raised against the company solely because it is an industry leader in both the United States and world markets. Treating this issue as a basic matter of patent law, a “pioneer patent”—that is, one that goes to a company that made a major advance in patented technology—has always received the broadest interpretation, and, through that protection, the largest financial rewards. The social judgment here is clear: consumers are far better off paying high royalties for a new product that they desperately want than they are paying no royalties on a product that they cannot obtain.

Judge Koh turns this sensible policy on its head by finding that Qualcomm has imposed barriers to entry in the form of its early and powerful innovations. She laments “that industries that require ‘onerous front-end investments that might deter competition from all but the hardiest and most financially secure investors are characterized by structural entry barriers.”

No. From the standpoint of antitrust law, it is best to think of a barrier to entry as some formal legal obstacle—a regulation, tax, or permit—that is imposed on a subsequent entrant that the initial entrant did not face. To treat the high cost of developing a rival technology “from scratch” as a barrier to entry means that the initial entrant is now forced by law to provide subsidies to its late-coming rivals. This introduces a regime of cross-subsidies that distorts the investment decisions of both early and subsequent players. The point is especially relevant here because Judge Koh makes excuses for Intel, whose then-Chief Strategy Officer, Aicha Evans, complained that Qualcomm had a two decades head start on Intel, which forced Intel to invest “lots of money, billions of dollars, and an army of engineers” to generate a premium LTE modem chip business from scratch.

The point here has an even deeper irony because of the troubled competition between Intel and Qualcomm for Apple’s huge iPhone business. One of the inexcusable features of Judge Koh’s decision is that she writes that nothing that happened after January 17, 2017 bears on whether she should issue an injunction, or the terms on which it should be issued. That January date matters because this law suit was the last critical action of the Obama-controlled FTC, which filed this lawsuit in parallel with a similar lawsuit that Apple brought in its separate litigation against Qualcomm.

The history is more complicated, because it shows how exclusive dealing arrangements can come and go. Until 2016, Qualcomm was the exclusive supplier of chips to Apple. But at that time it acquired some chips from outside sources. In July 2018, Apple then announced that it would include no Qualcomm chips in its new lines debuting that fall, which resulted in the full-scale litigation war between the two companies. But Apple’s deal with Intel became unglued when its chips did not meet Apple’s quality standard. Thus the Apple/Qualcomm litigation unexpectedly settled on April 16, 2019 when Apple entered a comprehensive settlement with Qualcomm, whereby it agreed, in addition to large cash payments, to the kind of exclusive agreement that Judge Koh wrongly assumes stifles competition. Within hours, Intel exited the 5G modem phone market.

It is a fundamental tenet of antitrust law that the disappointed fortunes of one single competitor do not establish an antitrust violation by its successful rival. The entire system of competition necessarily requires weak and outmoded companies to be weeded out—think Blackberry and Texas Instruments. So Judge Koh makes a serious mistake when she attributes the exit of other companies to supposedly illicit contracting practices, when in all likelihood their failures stemmed from their inability to keep up with the pace of innovation of the industry leaders. Ironically, Judge Koh duly recounts the supposed travails of MediaTek, an aggressive Taiwanese competitor in the 5G market, whose successes, as Judge Koh noted, resulted in lower Qualcomm prices, just as standard economic theory predicts. Indeed, speaking generally, before it becomes remotely possible to make out any claim of illegal monopolization, it is necessary to control for quality differentials that could explain persistent price variations in the chipset market.

Judge Koh’s understanding of the situation is indeed still worse than this because she does not have any clear account of what counts as the supposed antitrust violation under either the Sherman Act of 1890 or the Federal Trade Commission Act of 1914. The paradigmatic antitrust violation is combination or collusion by rival sellers in order to restrain output and raise prices. The social loss in such a situation does not consist in the transfer of wealth from consumers to producers. Monopolization losses result from the inability to complete socially beneficial trades at prices above the competitive price point, but below the monopoly price. There were no charges of collusion against Qualcomm, so Judge Koh had to find some unilateral practices of Qualcomm that resulted in the permanent elevation of prices above the competitive level.

That task is doubly difficult because Judge Koh concedes the practices challenged are not “collusive, coercive, predatory or exclusionary in character,” and thus she has to rely on some residual notion of antitrust “unfairness” that has no structure or content. And even then she has to negate any possible efficiency advantages of these practices, like the “no license, no chips” policy which Qualcomm has followed.

At this juncture, her opinion is an utter failure, for she ignores all the sensible reasons why a firm might want to impose a no-license, no chip policy. Just how, for example, is it sensible for a firm to have to first sell its products and then chase after its purchasers in separate suits for patent infringement that are costly to bring and could take years to complete? No buyer of chips wants to pay in advance for the deadweight cost of litigation that the no-license, no chips policy avoids.

Next, Judge Koh mangles Justice Scalia’s important decision in Verizon Communications v. Law Offices of Curtis V. Trinko (2004). Trinko stands for two critical propositions. The first is that contract breaches are not normally antitrust violations. Oftentimes, companies like Qualcomm contribute standard essential patents to set telecommunications standards. Normally these agreements require that the patentees license their product by common carrier rules, requiring that they charge only fair, reasonable and nondiscriminatory rates. Trinko makes it clear duties of this sort are enforced solely by remedies for breach of contract, and not under the antitrust statutes.

Second, Trinko stands for the proposition that, except in rare cases, the antitrust law does not require any firm to do business with its competitors. Justice Scalia wrote that “[w]e have been very cautious in recognizing such exceptions, because of the uncertain virtue of forced sharing and the difficulty of identifying and remedying anticompetitive conduct by a single firm.”

Nonetheless, in dealing with Trinko, Judge Koh threw that caution to the wind, ignored the strong presumption and imposed the comprehensive ratemaking remedy that Justice Scalia warned about. The only case pointing some duty to deal is Aspen Skiing Co. v. Aspen Highlands Skiing Co. (1985), which held, in a much-criticized decision, that it could constitute an antitrust violation for three ski resorts, which previously offered package deals with a fourth, to break off that arrangement. That case involved neither ratemaking nor a new forced association. Judge Koh never addressed this obvious distinction.

Indeed, the efficiency of Qualcomm’s refusal to deal with competitors was not unique. Other firms have long followed a similar practice. As Judge Koh noted: “Following Qualcomm’s lead, other SEP licensors like Nokia and Ericsson have concluded that licensing only OEMs is more lucrative, and structured their practices accordingly.” But she misses the obvious point that the practice may be more lucrative because it is more efficient for all firms regardless of their market power.

Finally, Judge Koh misunderstands the exclusive dealing provision whereby Qualcomm contracts to become the sole supplier of chips. Judge Koh sees some mysterious antitrust violation because Qualcomm offers key customers like Apple a rebate for high volume purchases. But at no point does she even consider the efficiency explanation that the rebates are needed to purchase that loyalty, and in so doing lower the effective rates. All in all, moreover, these rates are stunningly low, at about 3.3 percent of a cell phone price.

All in all, Judge Koh’s disastrous opinion in FTC v. Qualcomm stands for the startling proposition that it is possible to create an antitrust violation out of market success in an industry marked by high levels of innovation and lower prices. Fortunately, the case is subject to an appeal which should, one can only hope, result in the speedy demise of such a spectacularly misguided opinion.