Kavanaugh And The “Chevron Doctrine”

Expect this legal issue to come up during the confirmation hearings.

Kavanaugh And The “Chevron Doctrine” 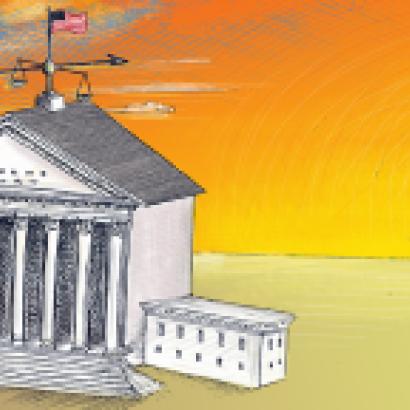 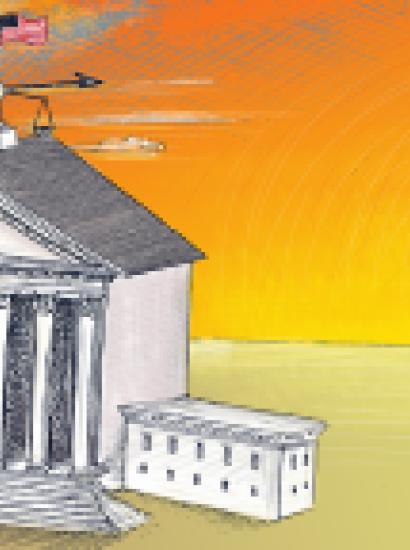 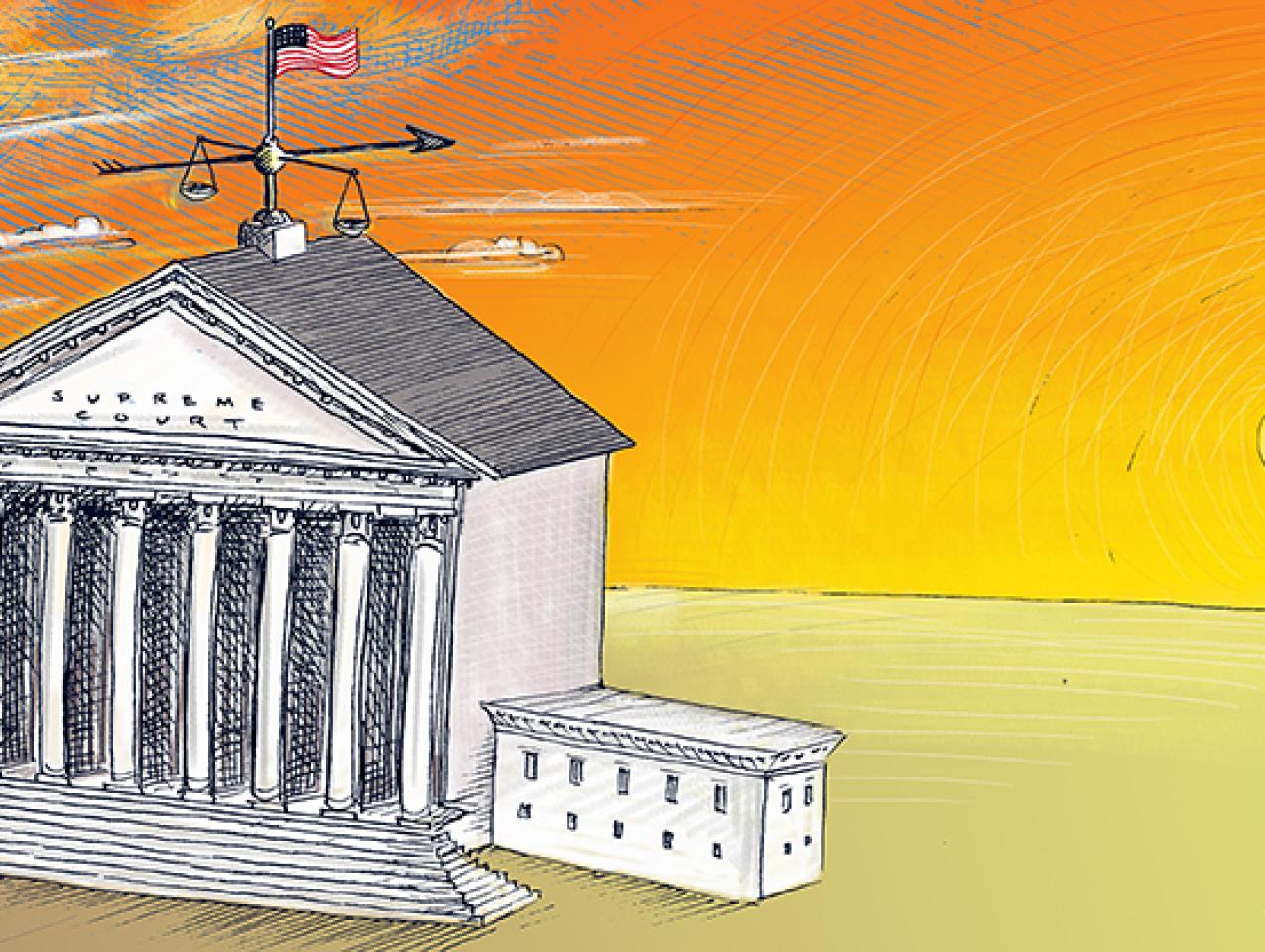 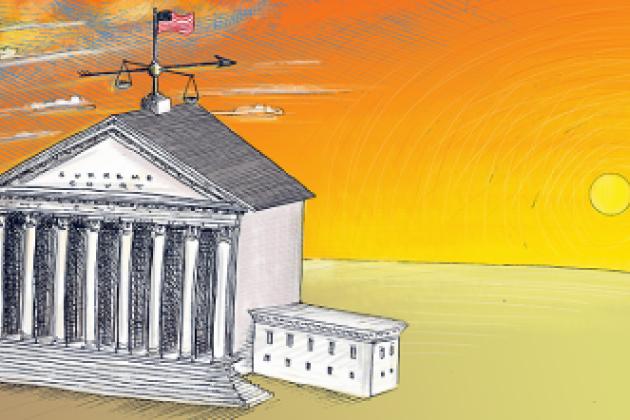 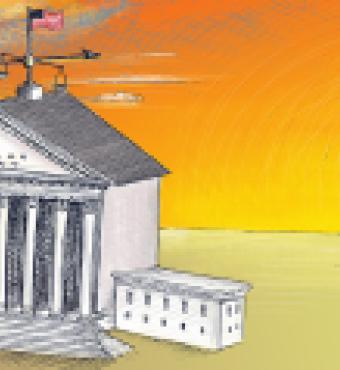 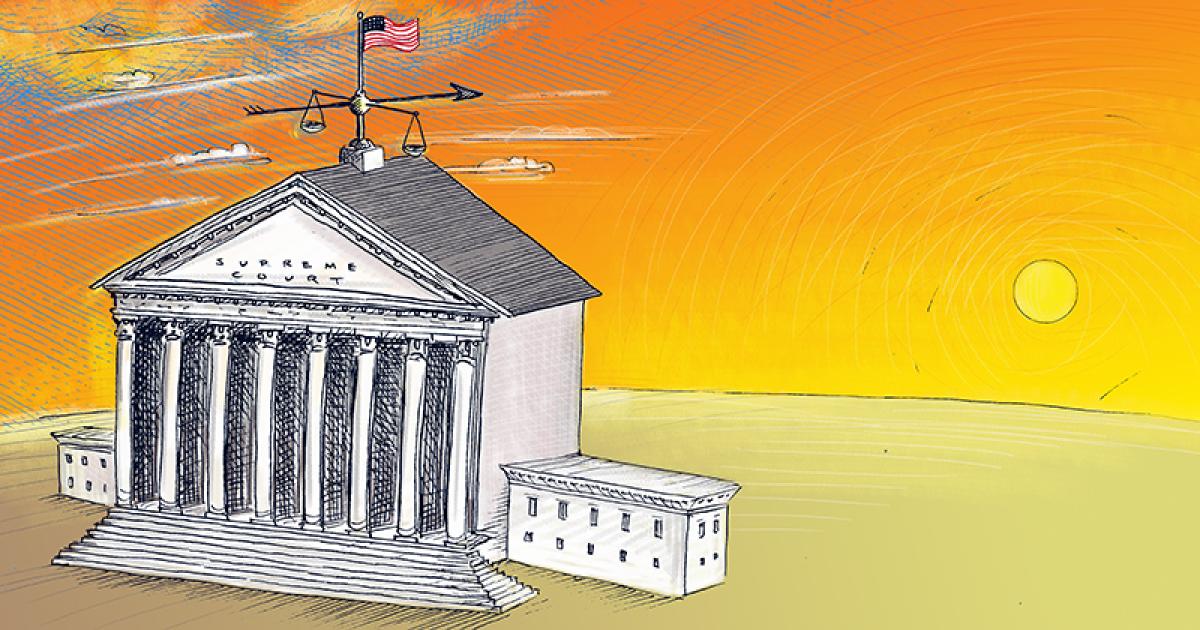 Opposition to Judge Brett Kavanaugh’s appointment to the Supreme Court has almost nothing to do with the nominee himself, who is regarded by almost all serious observers as exceptionally accomplished, experienced, and judicious. He is opposed because his nominator is Donald Trump, and he is opposed because some Democrats feel cheated that President Obama’s 2016 nominee, Judge Merrick Garland, was never given a hearing or a vote. As a practical political matter, that is all that needs be said about the Kavanaugh appointment. Nonetheless, serious issues will be discussed, and one of the most serious and most discussed will be something known to lawyers as the “Chevron doctrine.”

What is the Chevron doctrine? It is the idea that in litigation over federal agency action, the courts will defer to the agency’s own construction of its operating statute, unless that construction is outside the range of reasonableness, usually because the meaning of the statute is clear. The effect is to give the executive branch considerable leeway in determining the scope of its own power. Although first announced in 1984, Chevron deference has become a central pillar of the modern administrative state. It is a systemic thumb-on-the-scales in favor of the government’s view of the meaning of the statute, even if that view changes with political winds and even if it contradicts earlier judicial interpretation.

For just one recent example, the federal Board of Immigration Appeals ordered the deportation of a lawful permanent resident under a statute that calls for removal of persons convicted of “child abuse.” The agency interpreted “child abuse” to include driving under the influence with a child in the car not wearing a seat belt. Just a few days ago, a federal appellate court upheld this order under Chevron – even though “child abuse” is a term that, to most people, connotes a far more hateful and intentional crime. (Martinez-Cedillo v. Sessions (2018)). Obviously, this kind of interpretation can easily shift from administration to administration, effectively converting written law passed by Congress into variable policy molded by executive agencies. Other examples include educational policy, environmental law, transgender issues, patents, election contributions, and health care.

The Chevron doctrine is particularly important when the question is the scope of the agency’s own authority. In the modern administrative state, Congress delegates vast swathes of policy-making power to the regulatory agencies, and the courts no longer even attempt to ensure that the key policy choices are made by the legislative branch. The only practical limitation on excessive delegation is to construe delegations of power strictly, to ensure that the agencies exercise only the quantum of power Congress explicitly delegated to them. Chevron goes the opposite way: it green-lights agency assertions of power, even when it is fairly obvious from the context that Congress had no such intention, so long as the words of the statute can be reasonably stretched to accommodate them.

The late Justice Antonin Scalia was an enthusiast for the Chevron doctrine, at least in its early years, but Judge (now Justice) Neil Gorsuch and Judge (now nominee) Brett Kavanaugh have been powerful critics. They argue that Chevron deference is an abdication of the court’s Article III duty to independently interpret the law, and that it aggrandizes the power of the executive branch at the expense of both the legislative and the judicial. If Kavanaugh is confirmed, it seems likely that one of the most significant changes will be the curtailment if not outright abandonment of Chevron deference.

What has changed in the 35 years since the Court handed down its Chevron decision? Quite a lot. In the 1970s and early 1980s – just before Scalia joined the Court – the Court of Appeals for the District of Columbia Circuit (“the D.C. Circuit”) had assumed effective control over executive branch agencies. (The D.C. Circuit is the court where almost all challenges to federal regulatory actions are litigated.)  This it accomplished in two ways. First, it asserted the power to impose specific new procedural hoops for agency action, well beyond the relatively simple requirement of public notice and comment imposed by the Administrative Procedure Act. Second, it controlled the substance of agency action by aggressive interpretations of the statutes under which the agencies operated. In particular, the D.C. Circuit employed purposive interpretation, as opposed to strictly textual interpretation, holding that agency action was unlawful if the court believed it was not properly serving the purposes of the underlying legislation. This mode of interpretation easily slides into second-guessing the policy choices of the agency.

I was a regulatory lawyer for the executive branch in the early 1980s, and well remember how frustrating it was for well-considered agency policies to be struck down by the D.C. Circuit for no apparent reason other than the judges’ own regulatory policy preferences, which they conveniently, and maybe even un-self-consciously, read into the statutes.

The procedural dimension of this accretion of power by the D.C. Circuit was solved by a 1978 decision, Vermont Yankee Nuclear Power Corp. v. EPA, which held that the courts have no power to impose new agency procedural requirements beyond those dictated by statute (or the Constitution). Significantly, then-Professor Nino Scalia wrote his more important scholarly article on the implications of the Vermont Yankee decision.

Five years later, the Supreme Court tackled the substance of statutory interpretation by regulatory agencies. In Chevron, U.S.A., Inc. v. Natural Resources Defense Council (1984), the Court held that courts have no power to choose particular readings of ambiguous statutes, but must allow the relevant agencies to adopt any reasonable interpretive choice. Although Chevron appeared routine when it came out, it has become the most important doctrine in administrative law. It is not necessarily either “conservative” or “liberal” in its valence, since agencies can swing either way, depending on the administration. (Chevron itself upheld a deregulatory decision by the Reagan EPA.) But the Chevron doctrine has greatly empowered administrative agencies to recast the law in accord with current policy preferences, without having to go to Congress for legislative change.

The reasoning of the Chevron decision was not based on statute, and not genuinely on precedent. The relevant language of the Administrative Procedure Act, which the Supreme Court did not even bother to quote, seems quite opposite to the decision. The Act provides that “a reviewing court shall decide all relevant questions of law” and shall “interpret constitutional and statutory provisions.” In other words, Congress invested the courts, not the regulatory agencies, with the power to interpret the law.

The decision rested instead on two institutional considerations, typical of the “legal process” school of interpretation then dominant in the legal academy. First, the Court emphasized agency expertise. To the extent that statutory interpretation is shaped by how best to effectuate statutory purposes, the Court reasoned that expert agencies are better than generalist courts in making these decisions. “Judge are not experts in the field,” the opinion pointed out. Second, the Court emphasized democratic accountability. Agencies are headed by appointees of the President, and thus are accountable to the people, through the President, for their decisions – unlike judges, who are life-tenured and constitutionally independent of popular will. As the Court expressed it: “Judges . . . are not part of either political branch of the Government. . . . While agencies are not directly accountable to the people, the Chief Executive is.” The Chevron doctrine thus was justified on both technocratic and democratic grounds.

Both of those grounds now seem shaky. The idea that most decisions by regulatory agencies are based on non-political expert judgment now appears naive. The most important regulatory choices are political or ideological in the most fundamental sense, as prioritizing one or another aspect of the public good, or one or another theory of economics or social justice. When the agency adopts one reading of its statute under the Bush Administration and another reading under Obama, it is hard to attribute the change to dispassionate, neutral expertise.

And while it is true that executive agencies have more of a democratic pedigree than the D.C. Circuit, the Chevron doctrine is now seen as undermining democratic accountability by enabling unelected administrators to side-step Congress. Prior to Chevron, agency heads tended to hew reasonably closely to their organic statutes, knowing that the courts would invalidate action that lacked congressional authorization. If an administration wished to embark on a new regulatory initiative, it would go to Congress for new legislation. Once agency lawyers had absorbed the idea of Chevron, however, they realized that agencies could take statutes in new and unexpected directions without serious risk of judicial invalidation. Whole new regulatory programs – such as the Obama Administration’s Clean Power Program, net neutrality, college sexual assault policies, and the like – could be created and implemented without bothering to seek legislative approval. Members of Congress could sputter, but there wasn’t really anything they could do about it.

Neil Gorsuch and Brett Kavanaugh have been among the first lower court judges to question the continued desirability of Chevron deference. This almost certainly will be a leading issue at the Kavanaugh hearings, and it almost certainly will be a major issue for the Supreme Court in the coming decade. It is ironic, in a way, that Donald Trump is the president who is making nominations likely to cut back on Chevron deference and related doctrines. Two things he and his predecessor have in common is a love for the exercise of unilateral presidential power and a disdain for working with Congress. Why negotiate with the other side (or even your own obstreperous “allies”), or suffer the delays and setbacks of the legislative process, when you can toss off an executive order doing exactly what you want? In the short term at least, an attack on Chevron is not in the interest of the Obama-Trump vision of presidential power.

Unlike more focused questions of constitutional law like guns and abortion, the Chevron issue is not plainly a “conservative” or a “liberal” cause. The doctrine cuts both ways; it can be employed by administrations of any stripe. But it raises the deep question of constitutional governance: whether fundamental political questions will be debated and resolved by representatives of the people, or by agencies whose loyalties almost always are to ideological or economic interests. There can be few more important issues for a nation that calls itself a republic.