Drought may not be destiny, but a critical ingredient for democratic societies does seem literally to fall from the skies. By Stephen H. Haber and Victor Menaldo. 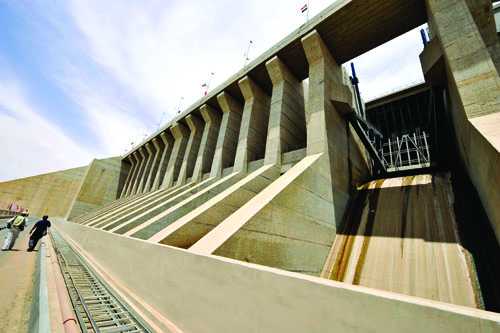 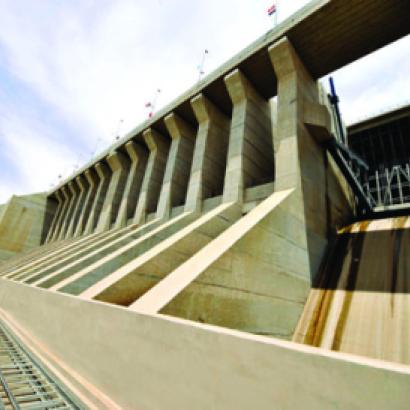 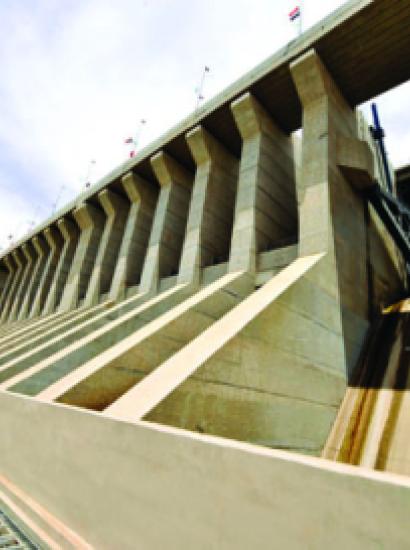 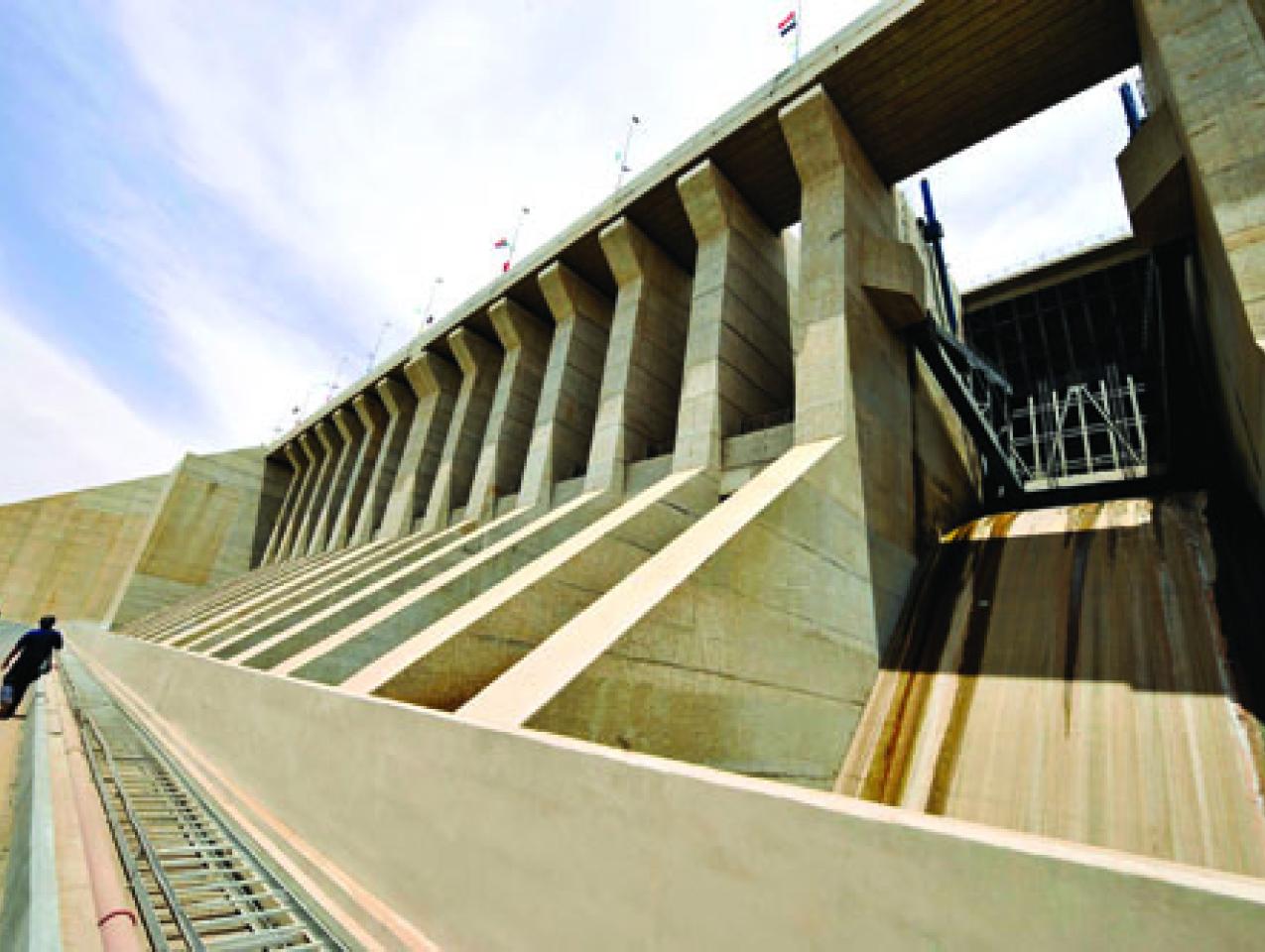 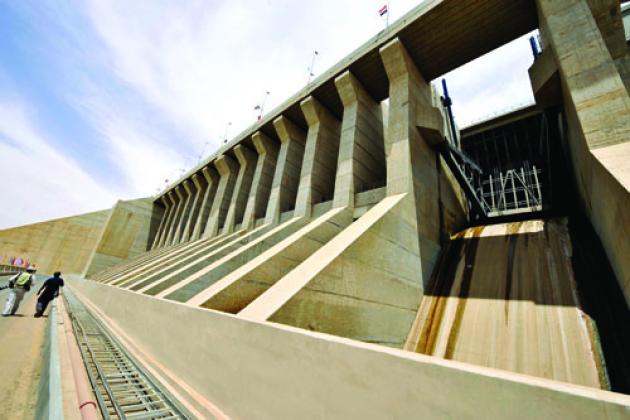 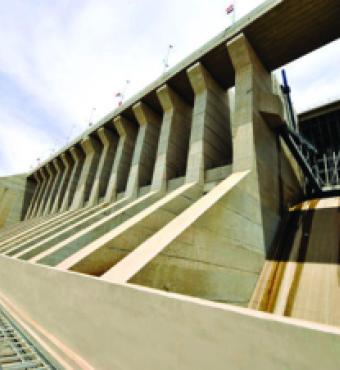 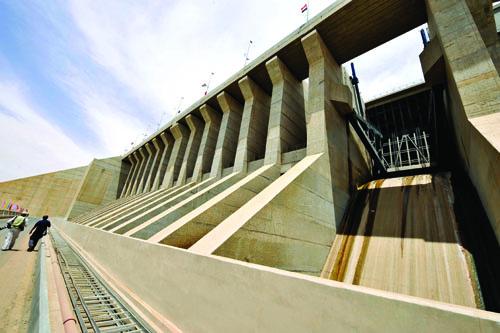 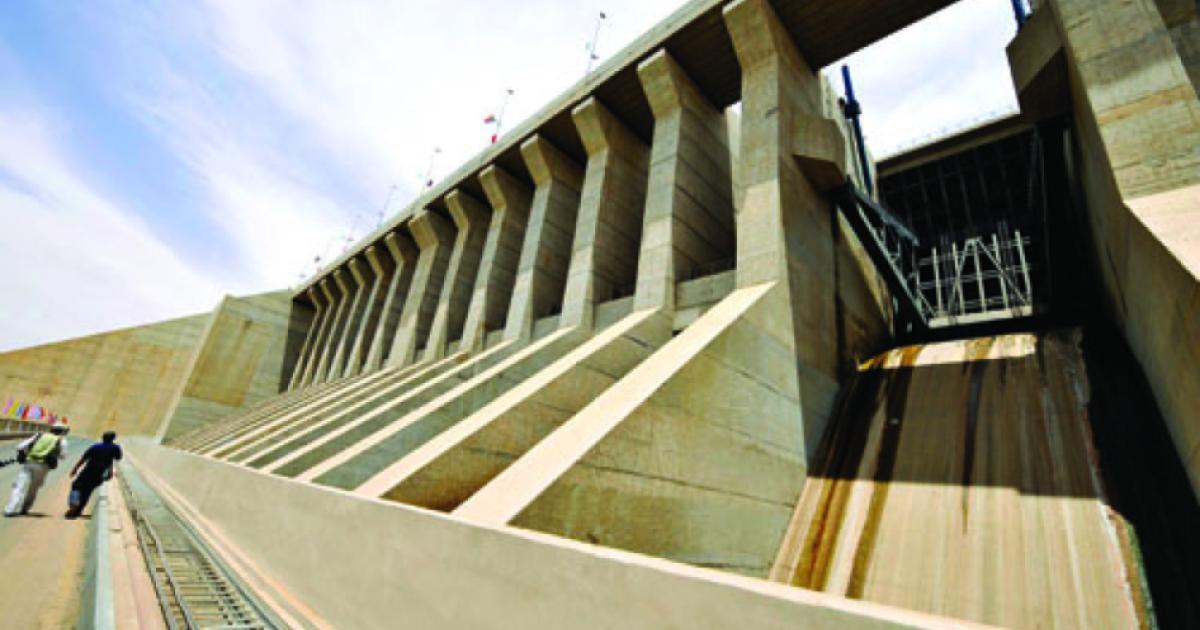 We wish we could say that democracy is coming to the Middle East and North Africa, but there are good reasons to curb our optimism. It is one thing to force a tyrant from the presidential palace. It is quite another to create a durable, democratic political system.

Popular uprisings continue to sweep the Middle East and North Africa. Soon after the year began, Zine el-Abidine Ben Ali, who had ruled Tunisia since 1987, and Hosni Mubarak, ruler of Egypt since 1981, were rapidly—and almost bloodlessly—forced out of power. The following months have witnessed protesters taking to the streets in Bahrain, Iran, Syria, and Yemen, and civil war erupting in Libya. In all these movements the participants demand democracy, an end to corruption, and economic opportunity.

The states that make up the Middle East and North Africa are among the world’s oldest, and since their creation they have persistently settled into patterns of autocratic rule. Egypt has been a territorial state since the first pharaoh in 3150 BC, but it has never once in five millennia experimented with democracy. The overthrow of the Alawiyya dynasty in 1952 did not produce a republic; it resulted in the dictatorship of Gamal Abdel Nasser.

Contrary to popular belief, present-day Iraq has been a recognizable political entity since Sargon of Akkad united the city-states of Mesopotamia by conquest in the twenty-third century BC. Although the last Iraqi monarch was overthrown in 1958, he was eventually replaced by Saddam Hussein. Iran has been a state since the creation of the Persian empire in the sixth century BC. Its last monarch, Mohammad Reza Shah Pahlavi, was overthrown in 1979 but replaced by yet another autocrat, the Ayatollah Ruhollah Khomeini.

Syria also has a long history. Damascus, in fact, is one of the oldest continually inhabited cities on the planet. Even before Bashar Assad and his father, Hafez Assad, created the dynasty that has endured since 1970, Syria was governed by a succession of tyrants. When King Idris of Libya was overthrown in 1969, Muammar Gadhafi came to power. Yemen, too, deposed its monarch in 1962, but he was replaced by the brutal dictatorship of Ali Abdullah Saleh.

Why is autocracy so persistent in this part of the world? Some pundits suspect the region’s oil wealth is the cause. Yet the countries of the Middle East and North Africa were autocracies for centuries before they found oil; moreover, some of them, like Bahrain and Libya, have lots of oil, while others, such as Yemen and Egypt, barely have any.

Others suggest Islam. Yet Indonesia, which has the world’s largest Muslim population, has become a democracy. Moreover, many of the persistent autocracies of the Middle East and North Africa—most notably Iran, Iraq, and Egypt—antedate Islam by more than a millennium.

We see a clue in the protesters’ demands for both democracy and economic opportunity. Briefly stated, societies characterized by extreme inequality tend not to provide fertile ground for representative political institutions. Not surprising, the first democracies—both in antiquity and in the modern era—emerged out of societies whose citizens not only had attained high average levels of education but were relatively equally matched in education and sophistication. 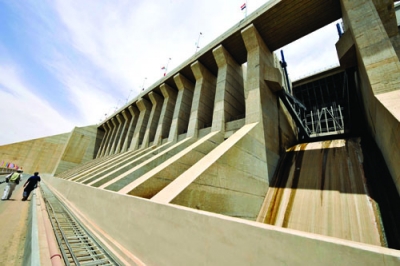 Image credit: © Xinhua/Zhang Ning
The huge Merowe Dam in Sudan is part of a centuries-long effort to tame the Nile River. Save for valleys fed by rivers like the Nile, agriculture is virtually impossible in countries of the Middle East and North Africa, which are among the driest places on earth. From ancient times to the present, access to irrigation has been a natural candidate for concentrated ownership and a barrier to democracy.

Colonial New England is the archetype: a society of highly literate family farmers. What was true about New England was also true about ancient Athens, seventeenth-century Holland, eighteenth-century England, and nineteenth-century Canada. By the standards of the time, they had social structures with a sizable middle class. There is a good reason why democratic political systems tend to flourish in these kinds of societies: any incentive to rip the society apart to redistribute wealth is weak.

Such is not the case in societies where income, education, and opportunity are concentrated in a tiny elite. There, “free and fair elections” become a way for the poor to redistribute wealth. Indeed, there is little to stop the vast, impoverished majority from stopping at wealth; why not deny the elite life and liberty as well?

Readers may wonder why new, democratic governments cannot simply remake social structures, such that populist calls for redistribution fail to find a large audience. They may also wonder why the Middle East and North Africa have such inegalitarian social structures in the first place.

Research we are conducting into the long-run determinants of democratic and autocratic political systems suggests that social structures are the outcomes of long historical processes; they are not created by the stroke of a pen. Our research also suggests that those processes originate in the basic organization of the economy—not just now, but over the course of an economy’s long history.

Here is a brief description. The world’s first and most long-lived democracies were built out of societies of family farmers growing grains and legumes. Such societies gravitated toward family farms because grains and legumes are characterized by modest-scale economies in production. These foods can also be stored almost indefinitely; a society built upon them can generate an economic surplus. Finally, they can be grown using rain-fed methods of production. This last point is crucial: because there is no need to obtain access to an irrigation system, the right to water can neither serve as a barrier to entry nor increase the minimum efficient scale of production. The optimal scale of production is the family farm.

A glance at a world precipitation map quickly reveals why the countries of the Middle East and North Africa have social structures that are not conducive to democracy: they are among the driest places on earth. Except in a few very narrow strips along the Mediterranean, and the river valleys of the Tigris, the Euphrates, and the Nile, agriculture is virtually impossible. As a result, these societies did not evolve out of family farmers who accumulated surpluses that could fuel a long-run process of economic growth, investment in education, and democratization.

Instead, they were populated by tribal, nomadic peoples, such as the Bedouins of the Arabian Peninsula or the Berbers of North Africa, whose economic raison d’etre was to provide long-distance transport across the desert. Grain agriculture was possible only in a few places where a river like the Nile could be harnessed. The economies of scale and barriers to entry imposed by the need to obtain property rights to water gave rise to societies composed of a wealthy elite and a vast, impoverished peasantry. No one owns the rain, but access to irrigation is a natural candidate for concentrated ownership.

A simple exercise helps support our hypothesis. The Middle East and North Africa are part of a much vaster area of low precipitation, the Afro-Asian Dry Belt, which extends from Mauritania (on Africa’s Atlantic Coast) eastward across Mali, Niger, Chad, and Sudan, and northwards across Morocco, Algeria, Libya, Tunisia, and Egypt. It then continues eastward, encompassing all of the nations of the Middle East, Central Asia, Northwestern China, and Mongolia.

Across that vast stretch of the earth, encompassing a broad range of ethnicities, language groups, and colonial experiences, only one country has managed to sustain a democracy: Israel. As an exception it suggests the power of our rule: Israel broke the pattern by means of an immigrant population that brought its human capital along, allowing those immigrants to transform deserts and briny marshes into farmland.

The observations of social scientists, unlike the inscriptions at Karnak and Luxor, are not written in stone. They do, however, provide a guide to the likely outcome of events in the Middle East. And they suggest that political science, not economics, is the true dismal science.