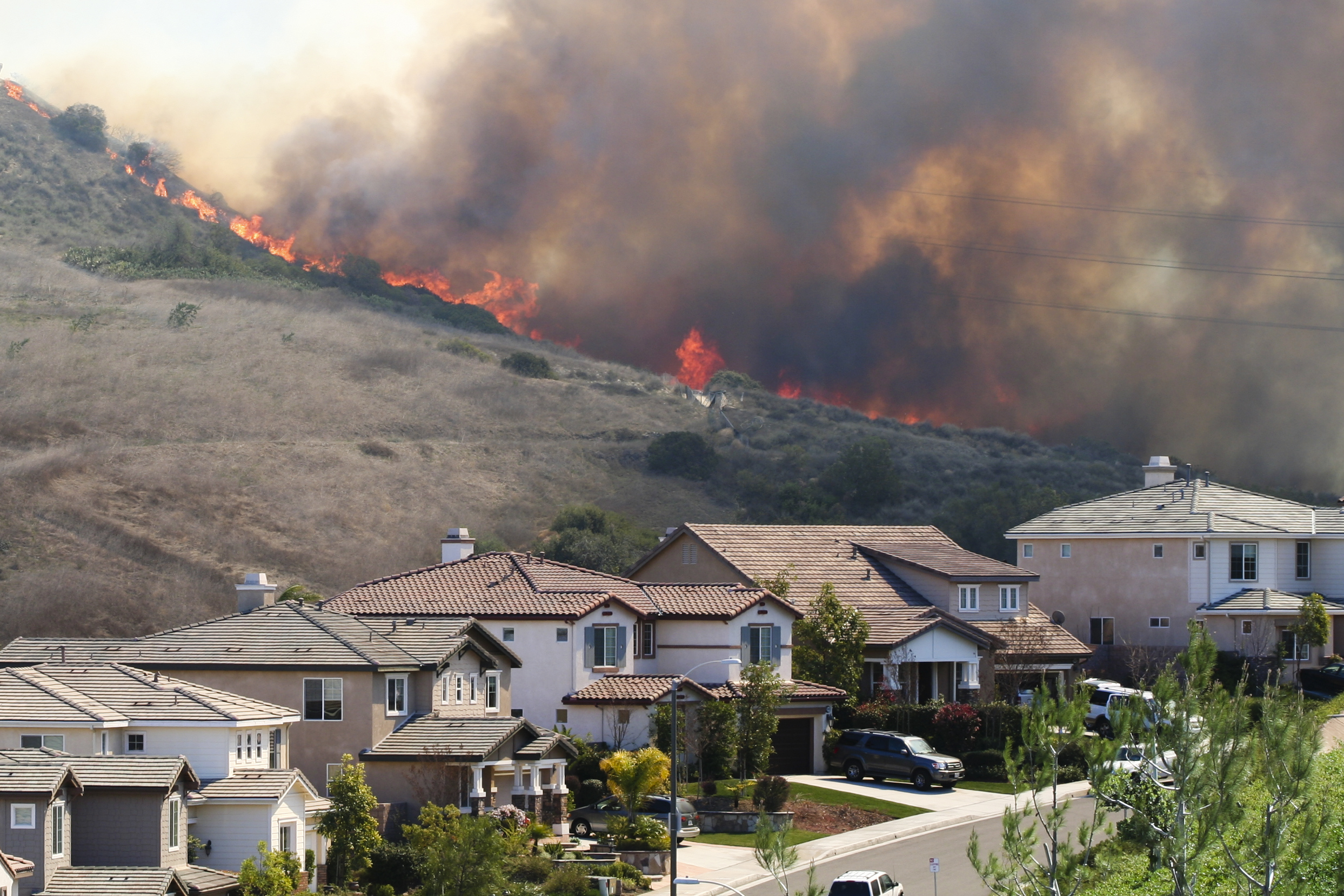 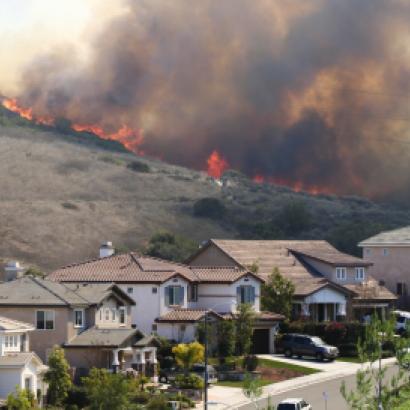 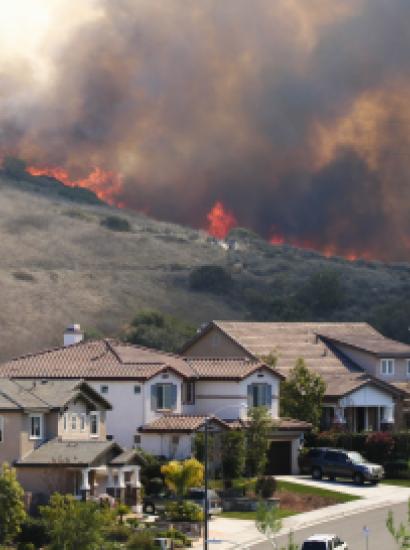 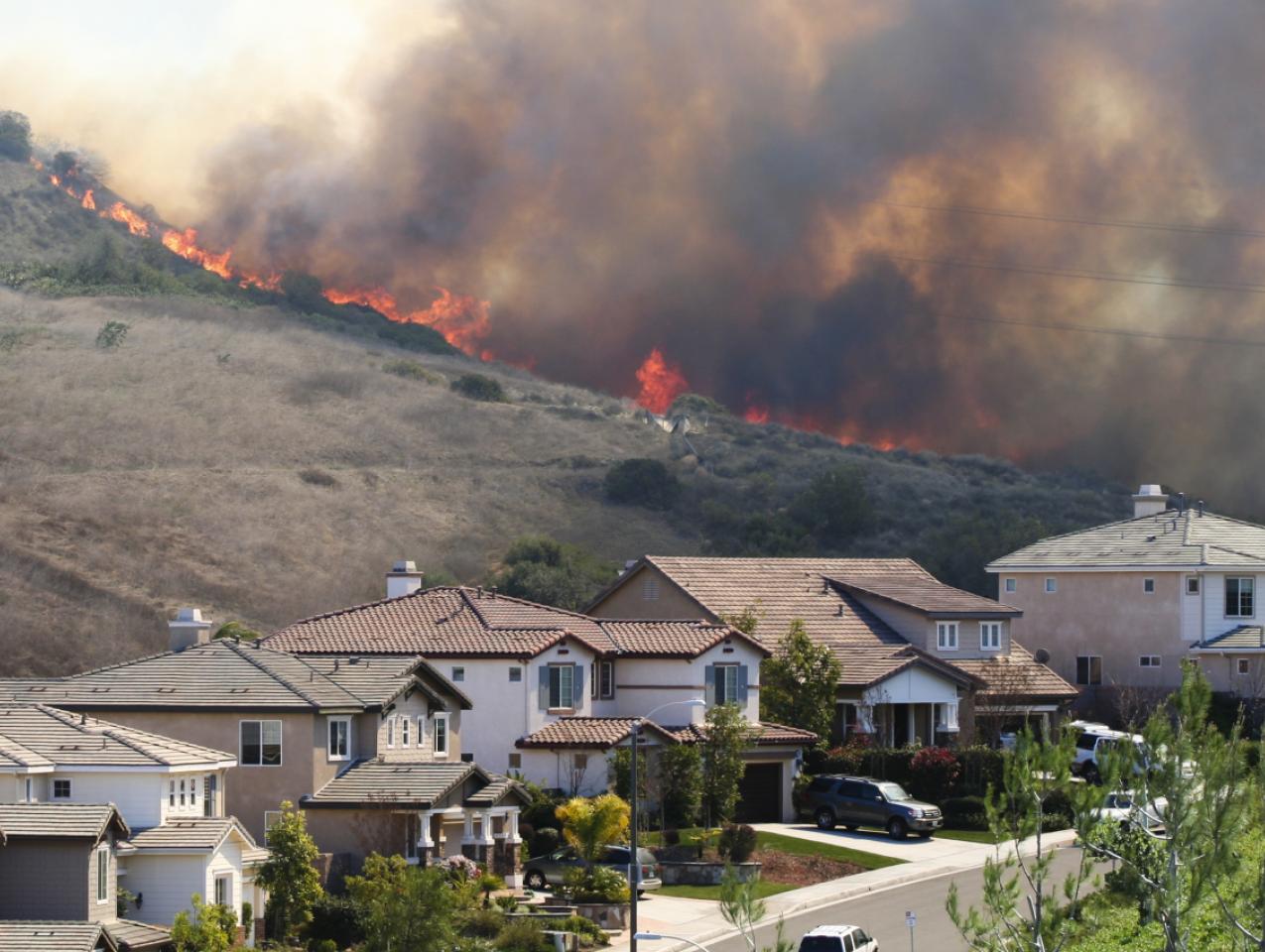 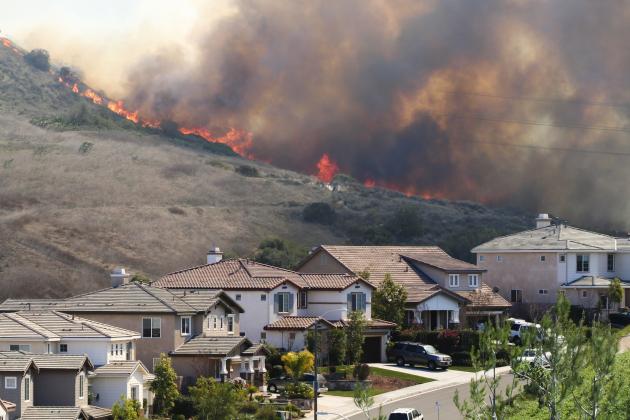 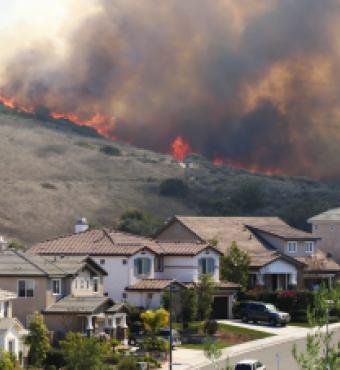 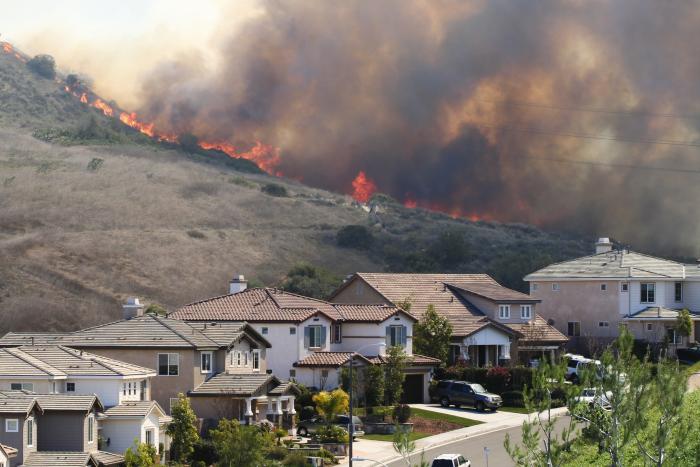 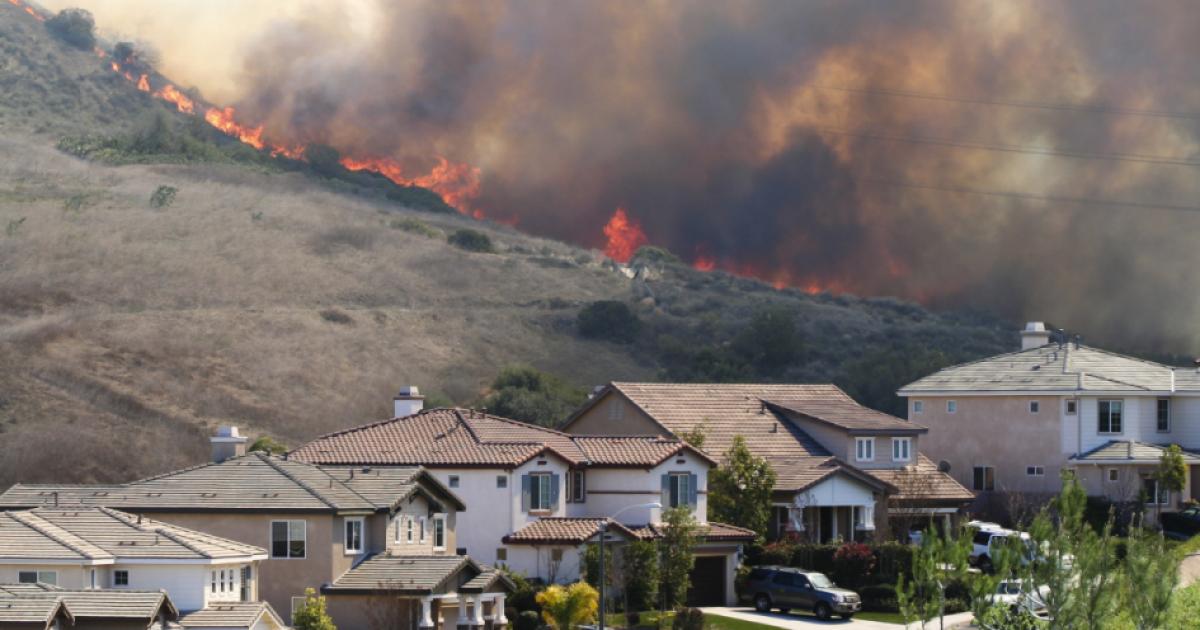 California’s Insurance Commissioner Ricardo Lara took the highly unusual step this past week of instituting a one-year moratorium preventing the state’s insurers from refusing to renew their homeowners insurance policies. He did so to ease an affordability crisis when homeowners insurance rates spiked in response to the $24 billion in claims that these insurers had to pay to cover losses from the disastrous fires across California in 2017 and 2018. Heeding constituent calls, Lara aims to protect homeowners who had “been dropped after decades of premium payment and loyalty.” At a minimum, 800,000 homes are covered by the new policy, with more to come.

The insurance companies have loudly protested this move, but to no avail. They suffer collateral damage from catastrophic losses not of their own making. Unfortunately, it is easy to identify the parties responsible for these devastating losses. Start with Pacific Gas and Electric (PG&E), the heavily regulated public utility company, which recently agreed to a $13.5 billion settlement to be paid for death, personal injury, and property damage claims from the 2017-2018 wildfires. Next is the California legislature, whose ham-handed regulations in the pursuit of “environmental justice” and “diversity and inclusion” have contributed to PG&E’s chronically poor performance. Nonetheless, a strong wall of government immunity for discretionary functions insulates the state treasury from all liability—yet another classic illustration of undue power without correlative responsibility.

The obvious scapegoat for government responsibility and public wrath is global warming. True to form, the New York Times, among others, treats the California nightmare as yet another example of the perils of climate change, without offering a shred of evidence to support that conclusion. In fact, mountains of evidence point in the opposite direction. To most people’s surprise, global temperatures went down in 2017 and 2018. Whether or not part of a trend, the movement undercuts any claim about the short-term effect of global warming. In addition, there has been no substantial change in summertime temperatures in northern California, where the fires raged. Global losses from natural catastrophes from all sources declined from $350 billion in 2017 to $160 billion a year later—a huge drop that cannot be explained by trivial annual changes in global temperature.

Meanwhile, it is easy to pinpoint the national and local policies that have turned public lands into tinder boxes. One illustration is the refusal of government regulators to follow sound forestry policies. As Republican Congressman Tom McClintock noted in 2017, the extent of government mismanagement is evident from a simple aerial inspection: “The [privately] managed forests are green, healthy and thriving. The neglected federal forests are densely overcrowded and often scarred by fire because we can’t even salvage the fire-killed timber while it still has value.”

Climate change thus becomes a convenient scapegoat for the systematic failure of federal and state governments to adopt proven fire prevention strategies: powerline maintenance, tree clearance, and the curbing of new housing developments in fire-prone districts. Unfortunately, Commissioner Lara has no power to order the United States, California, or even PG&E to correct these systemic oversights. All he can do is to shift the risk from beleaguered homeowners to cash-strapped insurance providers. But in so doing, he weakens California’s immediate willingness to tackle the underlying problem.

Worse still, it is clear that his policies are likely to have ruinous consequences in both the short and long terms. Requiring insurance companies to renew current homeowner policies at current rates does nothing to provide coverage for local commercial establishments. In addition, the moratorium makes it less likely that new homeowners will be able to obtain insurance at current market rates. Insurers will rightly fear that they will be locked into future policies at losing rates, thereby shifting the availability crisis to other segments of the market.

So how does Commissioner Lara justify this moratorium? The homeowners insurance industry is intensively competitive, and higher rates for coverage are now fully supported by the added economic risk. In response, Lara claims that the moratorium will give the insurance market breathing room to “stabilize.” But that won’t happen if next year’s losses drive more carriers over the brink. Lara also argues that the California insurance code allows him to reject applications for rate increases because state law requires future rates be based on prior losses, not anticipated ones. In stable markets, that ploy would work, but after the experiences of 2017 and 2018, it is foolish for a regulator to ignore the new information that incontrovertibly shows the inadequacy of limited premium increases.

There is, accordingly, no way that traditional insurance principles can justify the one-year moratorium. But from a political perspective, it makes sense. The moratorium will force California insurance firms to shift the cost of insuring California homes onto their customers in other states. Once local revenues to pay for California losses run dry, multi-state companies will have to dig into their reserves accumulated from other states to pay California claims.

In effect, Commissioner Lara’s decision lets the California legislature avoid taking steps to alleviate a fiscal crisis that is of its own making. After all, the state need not resort to beggaring its neighbors. Instead, the state legislature itself could pony up sufficient funds to cover the premium shortfall. But dream on. As a political matter, raising taxes to offset the incompetence of state policies is a nonstarter. High taxes are a public acknowledgement of the state’s policy failures, which can be conveniently concealed by the insurance rate-hike moratorium, which then neatly exports those added costs to other jurisdictions.

But should this brazen plan be allowed to proceed? Thus far the discussion has assumed that whatever the Insurance Commissioner says pursuant to state law is the final word on rate regulation. Historically, though, that has never been the case. The history of rate regulation shows that, even today, there is a constraint on just how far states can roll back the rates that regulated firms can charge. Originally, rate regulation was properly confined to common carriers and public utilities. Its rationale was to serve as a counterweight to the monopoly power that these institutions, as sole suppliers, enjoyed against the public at large. Indeed, early rate regulation cases, such as Smyth v. Ames (1898), made it clear that the state could not impose confiscatory rates on regulated businesses. Even today, under Duquesne Light Co. v. Barasch (1989), any state system of regulation must allow regulated firms to recover both their capital investments and reasonable rates of return over the life of their operations under some consistent system of regulatory accounting.

However, unlike common carriers and public utilities, the insurance industry is highly competitive, which is a good reason why it should not be subject to any rate regulation at all. But even with today’s onerous regulations, important constitutional constraints on ratemaking remain in place. First, regulated industries cannot be forced to operate at a loss, which is exactly what will happen under Lara’s decree, given that the firms will not be able to recoup the losses they will suffer in the coming years after the moratorium runs its course, if we are to believe it will run its course at all.

Second, under Brooks-Scanlon v. Railroad Commission of Louisiana (1920), the Supreme Court, speaking through Justice Oliver Wendell Holmes, held that a “carrier cannot be compelled to carry on even a branch of business at a loss, much less the whole business of carriage.” The point of rate regulation is to control monopoly abuse to the extent that it is possible, not to create cross-subsidies that lead to overinvestment in some lines of business and underinvestment in others. That constraint is, if anything, more powerful in cases where the regulated industry is already competitive. Indeed, the proper rationale for insurance regulation is not to restrict rates—the market does an adequate job of that already—but to make sure that the companies which receive premiums today will remain solvent when they have to settle claims tomorrow. Given this, the major problem with Lara’s decree is apparent: His starvation diet for insurance companies will increase the likelihood of insurer insolvency not only in California, but across the nation as a whole.

In the end, the principled objections to this system of rate regulation have a strong constitutional pedigree. In Calfarm Insurance Co. v. Deukmejian (1989), the California Supreme Court unanimously struck down Proposition 103, which had peremptorily ordered a 20 percent cut in automobile insurance rates, which were said to be justified as existing rates had become “unaffordable and unavailable to millions of Californians.” The still unspecified cutbacks under Lara’s moratorium could easily prove to be as large or even larger. Yet, in the one case as in the other, public need may justify public subsidies. But such public need never justifies the targeted confiscation being attempted here. The California state legislature should not pass the buck. It should instead pony up the money to atone for its many sins.