Easing regulation and allowing personal choice are always a good start. But there’s no guarantee that government information will be good information. 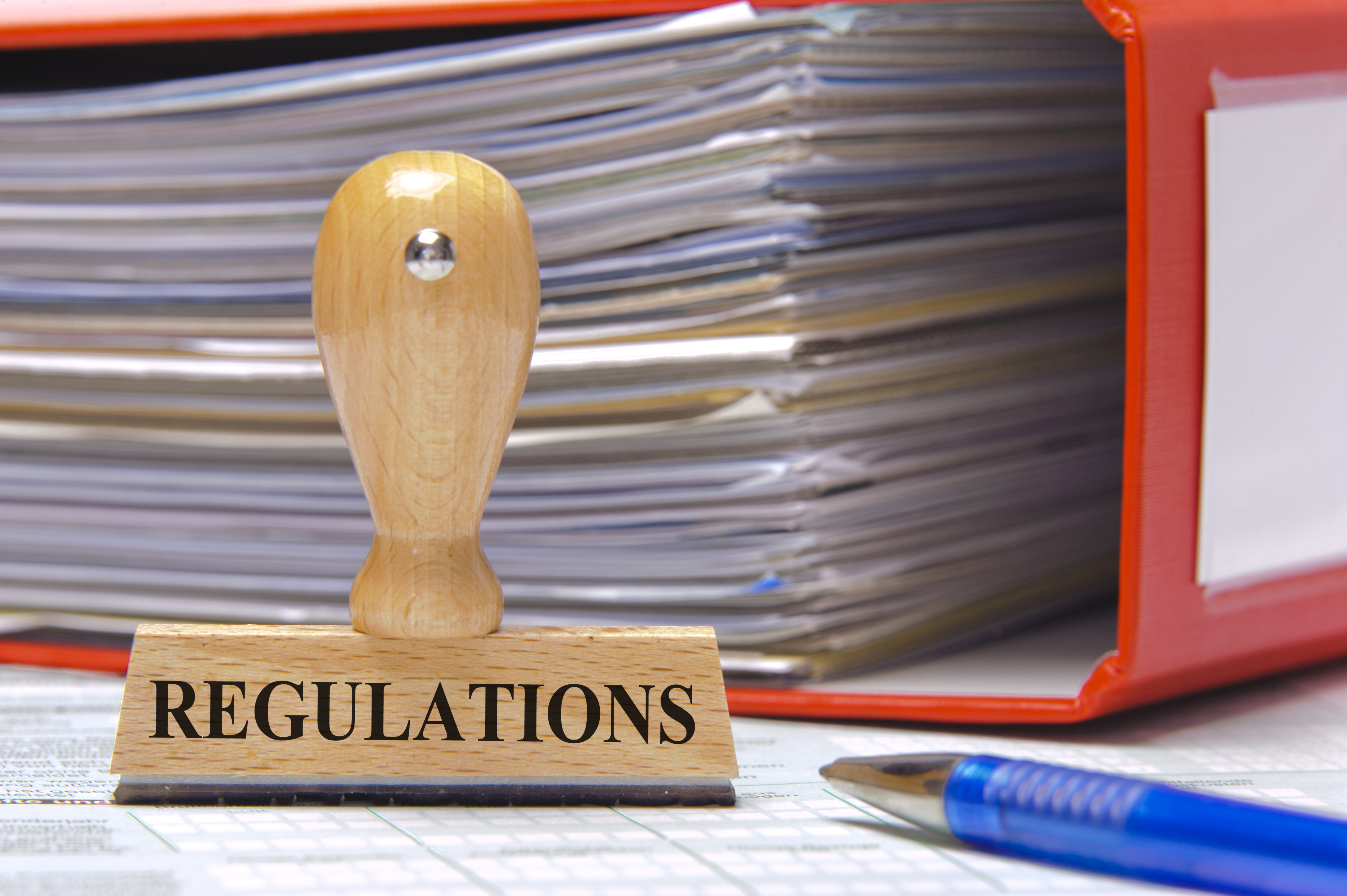 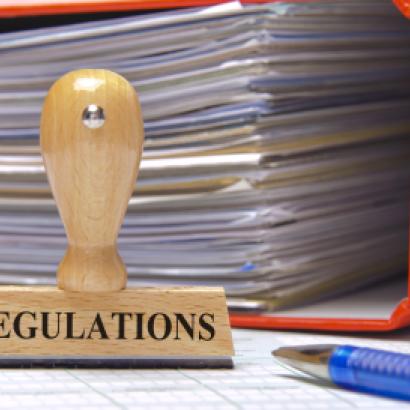 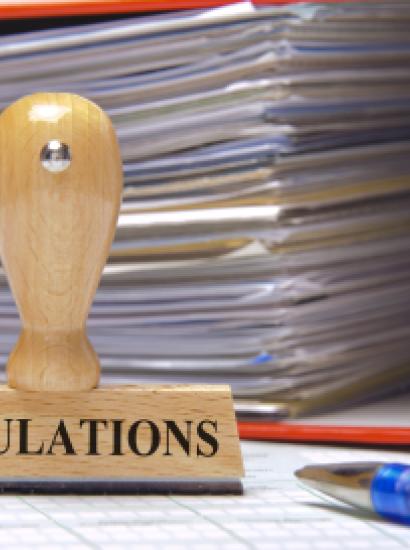 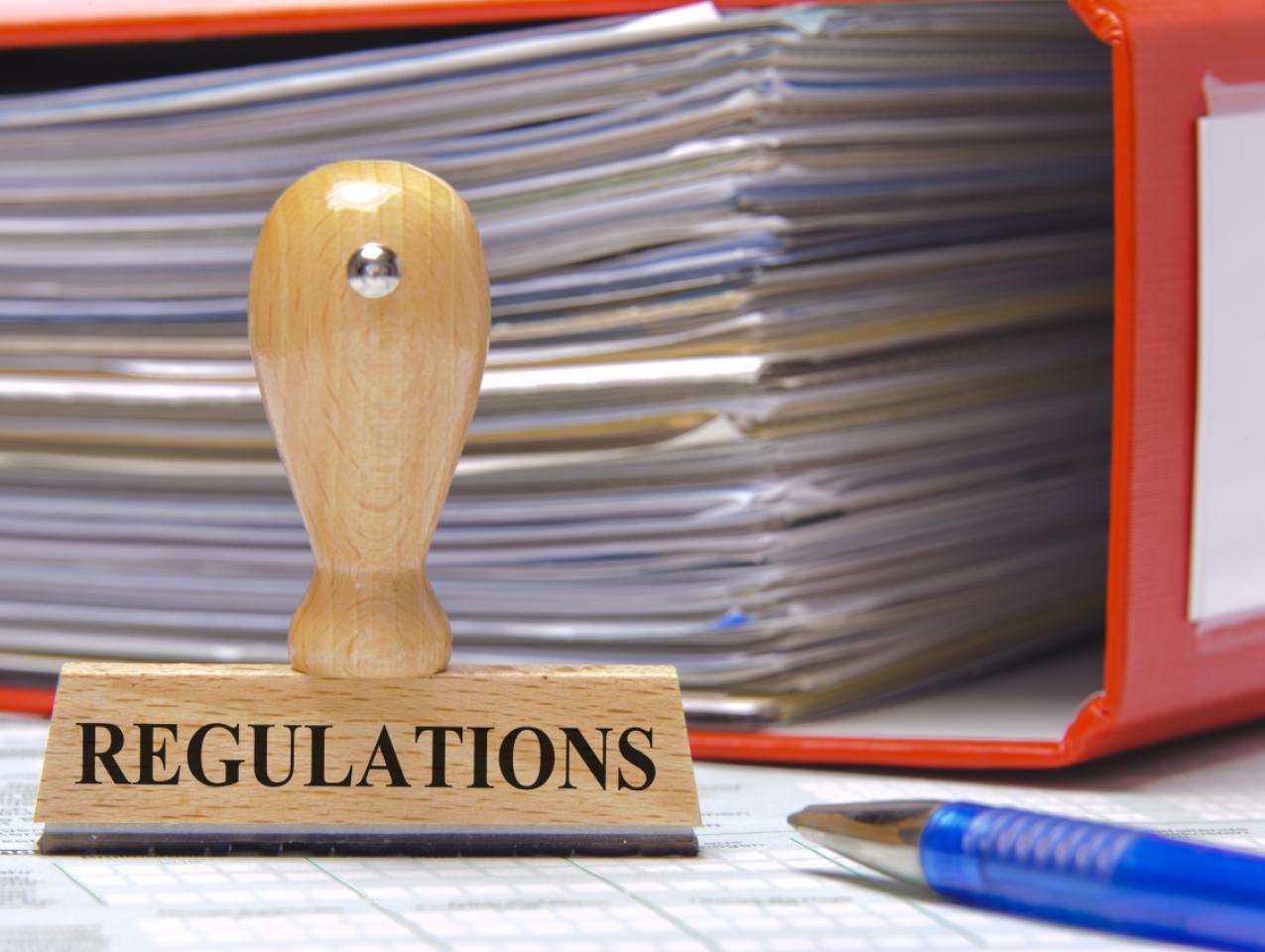 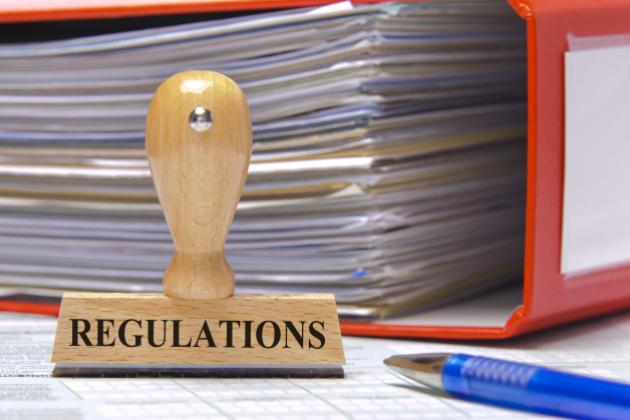 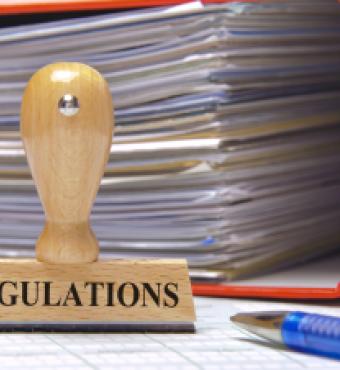 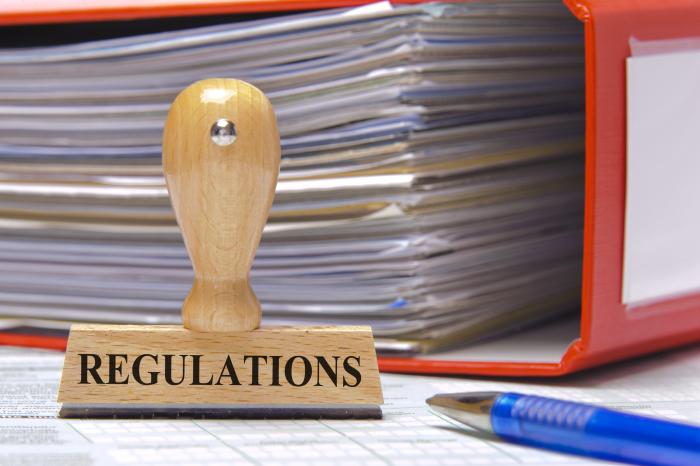 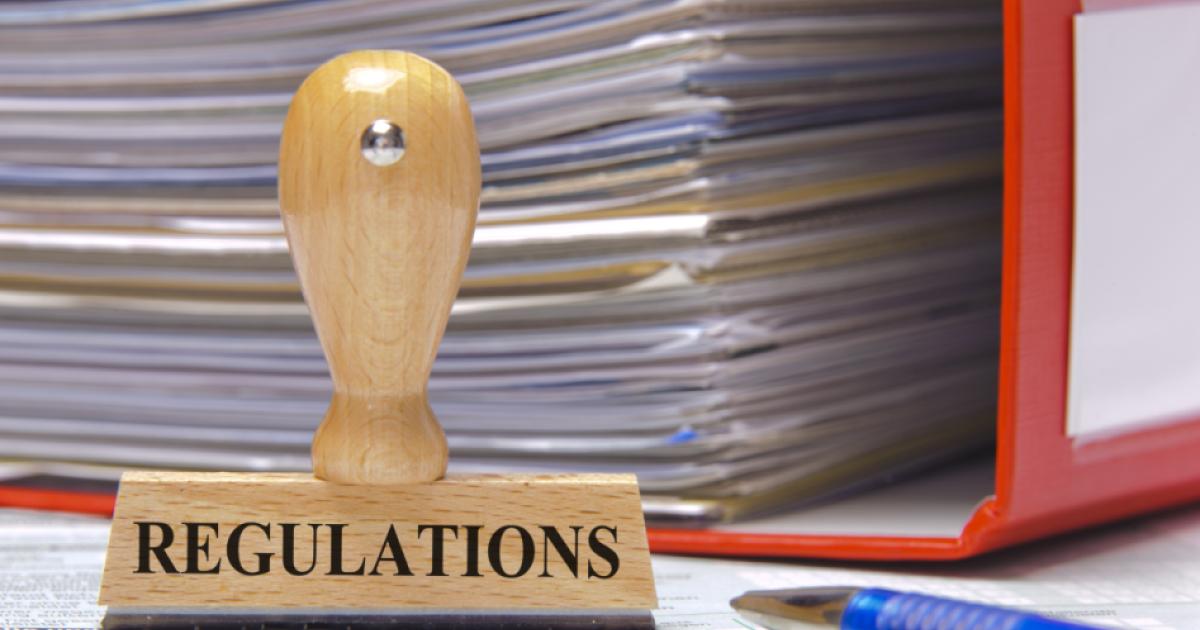 Why Information is Typically Better than Regulation

One can make an argument for government regulation when some people are creating negative externalities. So, for example, if a coal-fired plant pollutes the air, some regulation might be warranted if the owner of the plant doesn’t take account of the damage he imposes on others. But there are many cases in which an externality is absent or small and yet government still regulates because it doesn't trust people to make good decisions for themselves. In such situations it makes more sense for the government to provide information than to regulate.

When government regulates by telling producers and consumers what they are allowed to produce or consume, it plays the role of central planner. It puts itself in the position of deciding for people. That means that it typically does not take account of particular people’s situations.

Here’s how my co-author and former student Charles Hooper put it to me years ago in a discussion of the Food and Drug Administration’s regulations on new drugs:

The choice a patient makes between therapies (with the help of his agent, the doctor) is based on many variables: efficacy, tolerability, side effects, riskiness, monetary cost, nonmonetary cost (e.g., hassle), speed of action. These drug costs and benefits must be judged within the context of many personal values and tradeoffs: the fear of death, the fear of surgery, the fear of the hospital, potential pain, and the individual’s health profile, financial status, value of time, value of health, and risk tolerance. For the FDA to decide what compounds pass this complex tradeoff is preposterous, given that the FDA can never frame the problem from the individual patient’s perspective. One individual’s best alternative could be another’s worst. We have seen this with AIDS patients: “I don’t care if I develop cancer and this costs me $20,000 a year because without it I’m dead in six months.” If, instead of medical therapies, they were telling us what kind of washing machines to buy or where to go on vacation, we would consider it laughable. This is what von Mises [Ludwig von Mises, the noted Austrian economist who showed that information problems would prevent socialism from working] said. Centralized bureaucrats cannot make the proper decisions for individuals because they lack the requisite information.

That insight applies not just to drugs, and not just to washing machines and where to go on vacations, but also to other choices such as whom to hire as a plumber, electrician, or barber. I mention those occupations because in many states the government restricts entry into those occupations, requiring potential entrants to have licenses.

The argument for having government provide information is that people can take this information into account, along with their own knowledge of their own situations, and decide for themselves. Will they always make good decisions? No. But because they can make tradeoffs among factors that government officials are not even aware of, they are likely to make better decisions on average, by their own standards, than those officials would make for them.

One example I gave in my 2001 book, The Joy of Freedom: An Economist’s Odyssey, was the case of Propulsid, a heartburn remedy. The FDA had banned it in July 2000 after linking it to irregular heartbeats in 340 people, 80 of whom had died. A twenty-two-year-old patient named Rob O’Neill suffered while digesting his food because he was no longer allowed to use Propulsid, the only drug that had helped him digest. If, instead of banning the drug, the FDA had simply announced the substantial downsides of using it, O’Neill would have been able to decide for himself, and it was clear from the news story at the time that O’Neill would have continued using it had he been allowed to.

To sum up, providing information and letting people choose is, in cases where there are no large externalities, preferable to having the government prevent people from choosing.

But Does Government Provide Good Information?

It’s hard to generalize about government information since many agencies provide many bits of information every year and have done so for many years.

There are certainly cases we can point to where government agencies provide good information. The National Cancer Institute, part of the National Institutes of Health, reported that in 2018 there were 133 new cases of breast cancer for every 100,000 persons. We almost certainly can trust those important data. It would be difficult for any of us to collect that data independently and doctors, researchers, hospitals, insurance companies, and pharmaceutical companies use it regularly to conduct their work. It’s not clear that a nongovernmental organization couldn’t collect and disseminate those data, but that’s a separate issue.

In one recent and important episode, though, the government record does not look good: the case of COVID-19.

Consider two questions on which accurate information would have been helpful.

First, how at risk of the disease were students in K–12 schools and how at risk were their teachers? On October 9, 2020, the Atlantic published an article by Brown University economist Emily Oster in which she reported some striking numbers. She wrote, “[O]ur data on almost 200,000 kids in 47 states from the last two weeks of September revealed an infection rate of 0.13 percent among students and 0.24 percent among staff.”

I emphasize the article’s date because it was early enough in the school year that officials at public schools, most of which were not open for a normal five-day in-person school week, could have adjusted to this information and returned to normal. To do so, though, many officials thought they needed to follow information promulgated by the federal government’s Centers for Disease Control and Prevention. Did the CDC report Oster’s data? I couldn’t find it anywhere on the CDC’s site and I was looking weekly.

There is increasing data to suggest that schools can safely reopen and that safe reopening does not suggest that teachers need to be vaccinated.

Later that day, though, White House press secretary Jen Psaki stated that Walensky’s statement was not “official guidance” from the CDC. People who are trying to use government information could be forgiven for not knowing which government official to believe.

Interestingly, when the CDC guidance on reopening was published on February 12, it contained language that a strong union, the American Federation of Teachers (AFT), had suggested. The new language, as the New York Post pointed out in a May 1 editorial, softened the guidance somewhat. One such line that had not been in an earlier CDC draft was this: “In the event of high community-transmission results from a new variant of SARS-CoV-2, a new update of these guidelines may be necessary.” One could argue that the AFT has information that the CDC doesn’t. But does anyone really think that the CDC wouldn’t have thought of this on its own? Moreover, if the argument is that the AFT should have input into the CDC guidance based on its knowledge of teachers’ situations, wouldn’t it also have made sense for parents qua parents to have input? Yet it doesn’t appear that they did.

The second area in which good information would have been helpful is in guiding the decisions, not only of state and local governments but also of individuals, about whether to mask while outdoors. It never made much sense to me to wear a mask while walking outdoors unless I was in a densely packed crowd with no movement, the kind of crowd you might see in a “mosh pit” at a rock conference. (Disclosure: I have never been in a mosh pit and plan never to be in one.)

It turns out that my intuition was right. According to Dr. Monica Gandhi, an infectious-disease specialist at the University of California, San Francisco Medical Center, who also holds a master’s degree in public health, “viral particles disperse quickly in the outside air.” Gandhi cites a number of studies that find that well under 1 percent of investigated infections were linked to outdoor transmission. In one study from China, only one case out of 7,324 (0.0137 percent) was contracted outdoors. Yet on April 27, the CDC’s Walensky stated, “Less than 10 percent of documented transmission in many studies has occurred outdoors.” Well, yes. Although one or two studies did find a little less than 10 percent, most found well below 1 percent. So Walensky’s information was true but misleading.

In Walensky’s defense, she was arguing that masking outdoors was generally unnecessary. My guess is that she was trying to do her best as a medical professional but was feeling strong opposition both from within the White House and from members of the public who support President Biden and strongly support masking.

And that brings up the final question: do government officials have strong incentives to get and communicate accurate information?

The answer is no. Government officials face pressures from special interests, from their political employers who themselves are often responding to special interests, and from members of the public who don’t necessarily have good information themselves. A whole school of thought in economics called Public Choice is built on the premise that actors in the political system, whether as politicians, bureaucrats, special interests, or voters, respond to incentives just as people in the economic system do.

Consider again the case of school reopenings. Take the case I noted above in which the AFT persuaded the CDC to change its guidance on school reopenings. The union wanted to delay reopening, partly because of the members’ fear of COVID-19 but also because most members saw personal advantages in not having to return to in-person teaching. (I hasten to add that not all members felt that way. One public school teacher I know of in my town of Pacific Grove went above and beyond during the school closing, going to individual students’ houses and teaching them in the driveway. But she appeared to be the exception rather than the rule.) It’s hard to believe that the CDC would have listened to the teachers’ union if the union hadn’t been powerful.

Those of us who follow politics closely don’t usually have grounds to expect politicians to tell the truth. While government officials who are in their positions in part due to their professional expertise have stronger incentives to tell the truth than politicians have, they still face political constraints. Ultimately, they become, to some extent, politicians. So the odds that government officials will typically give out good information are not high. We should remember that.