Competition, not regulation, is the way to solve the problem of suppressed ideas and speech. 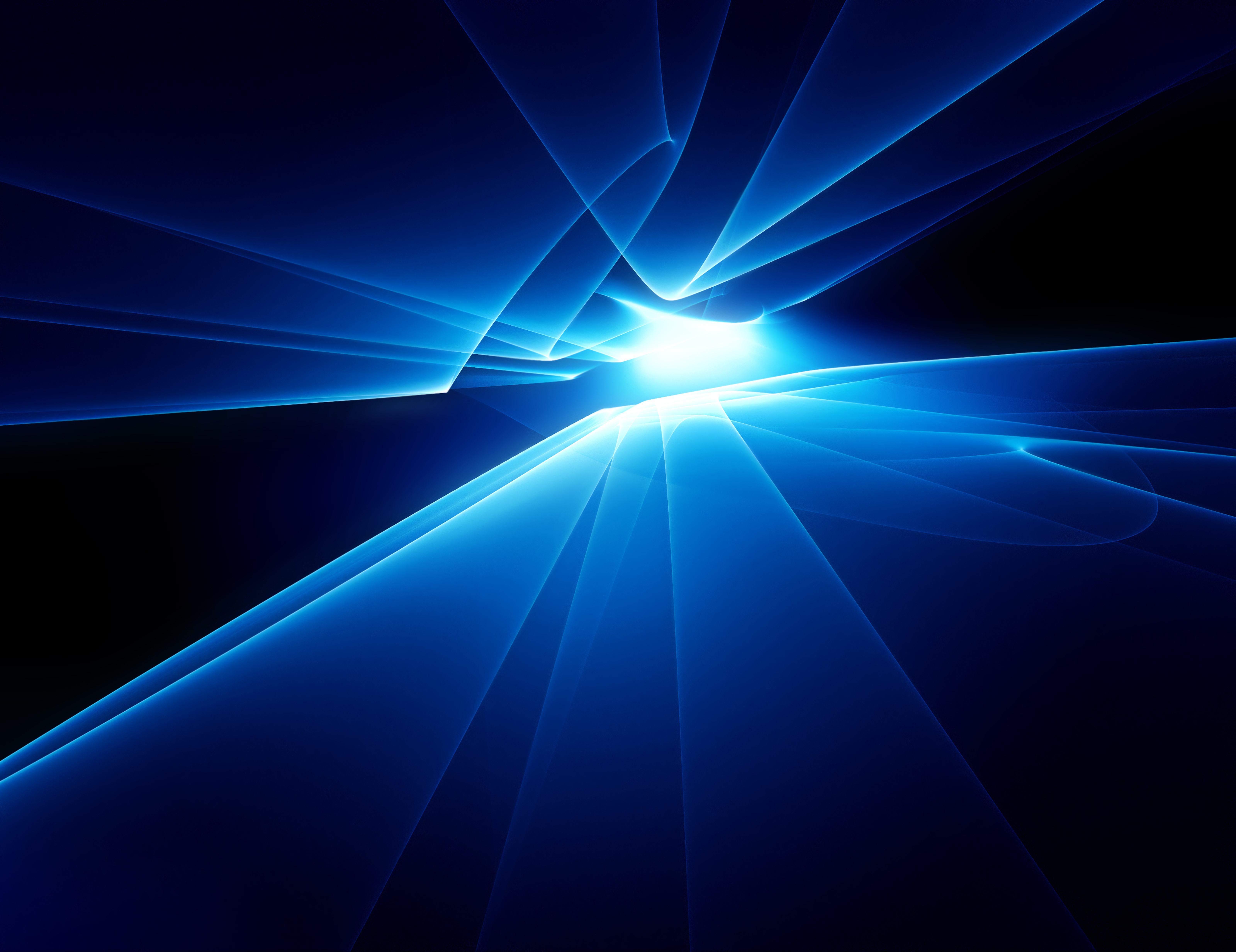 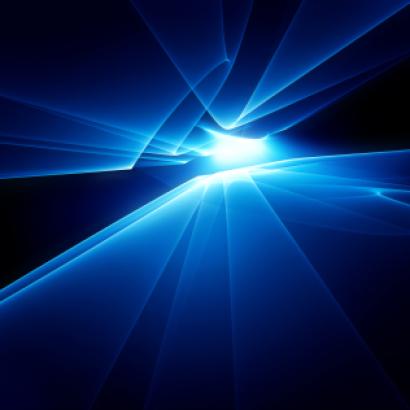 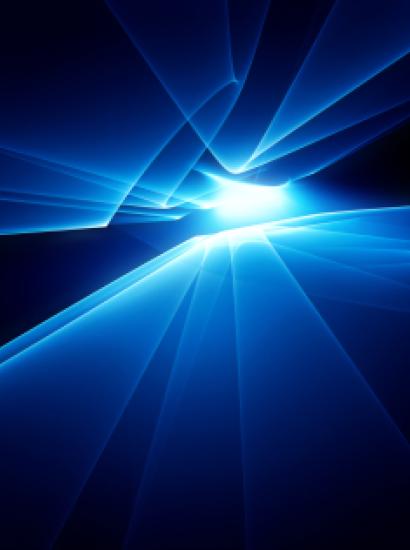 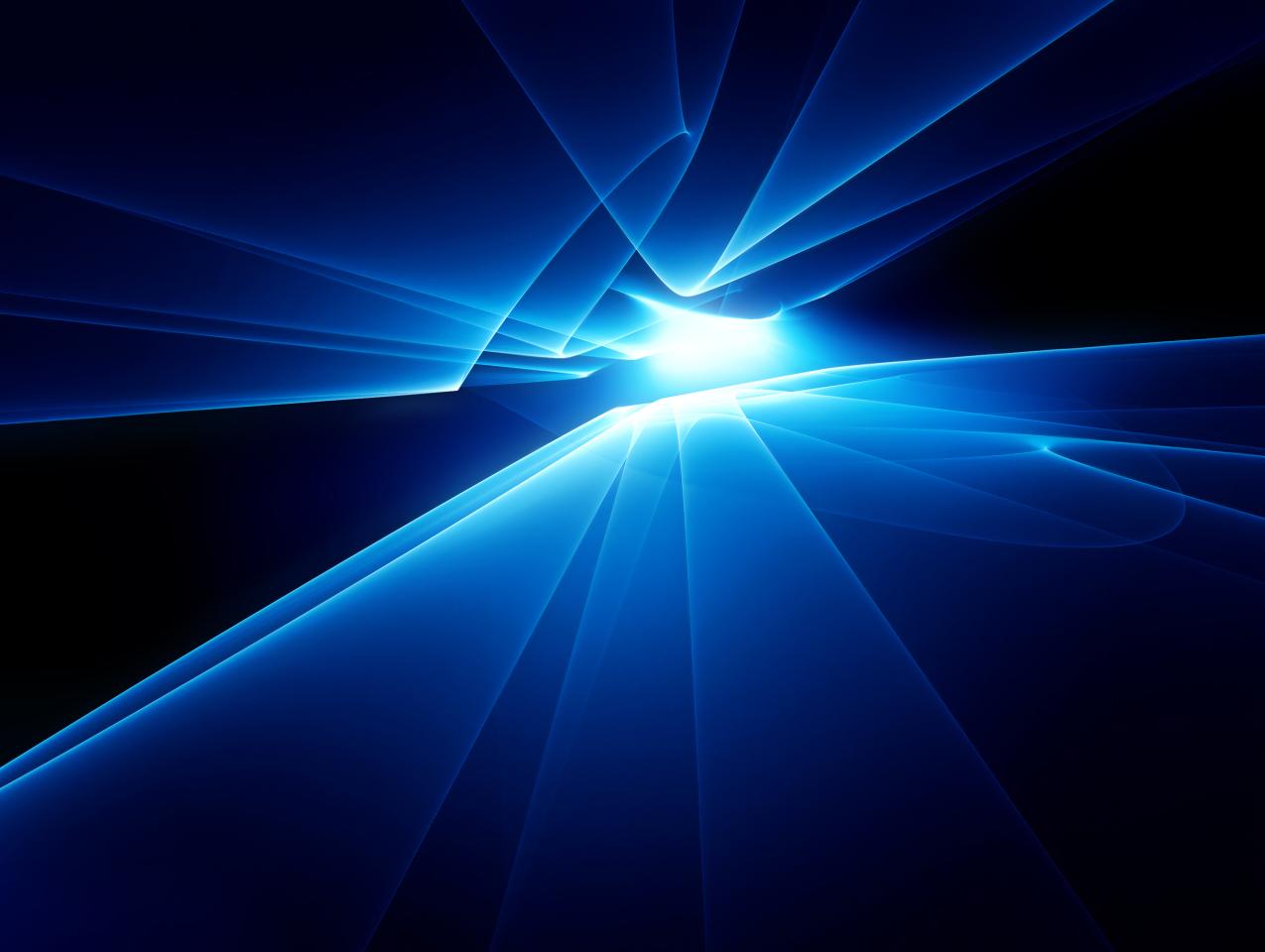 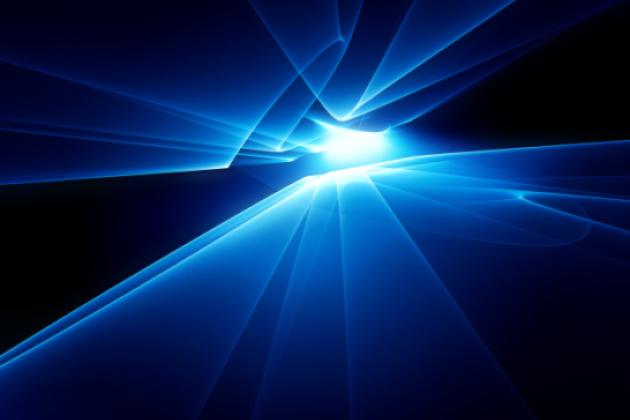 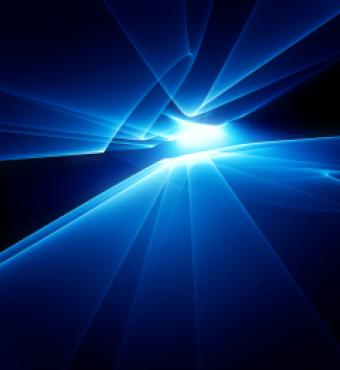 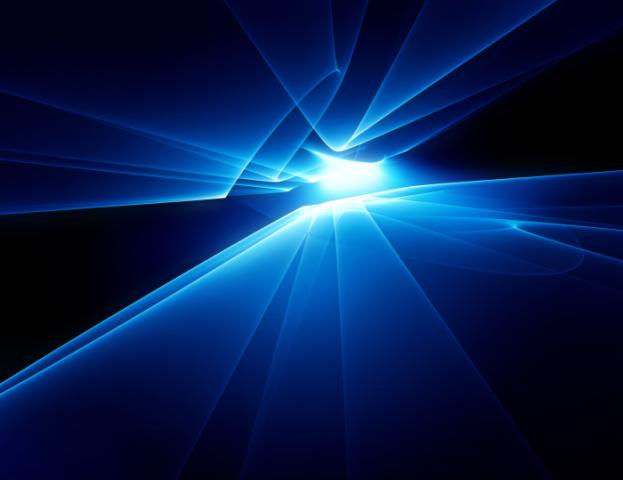 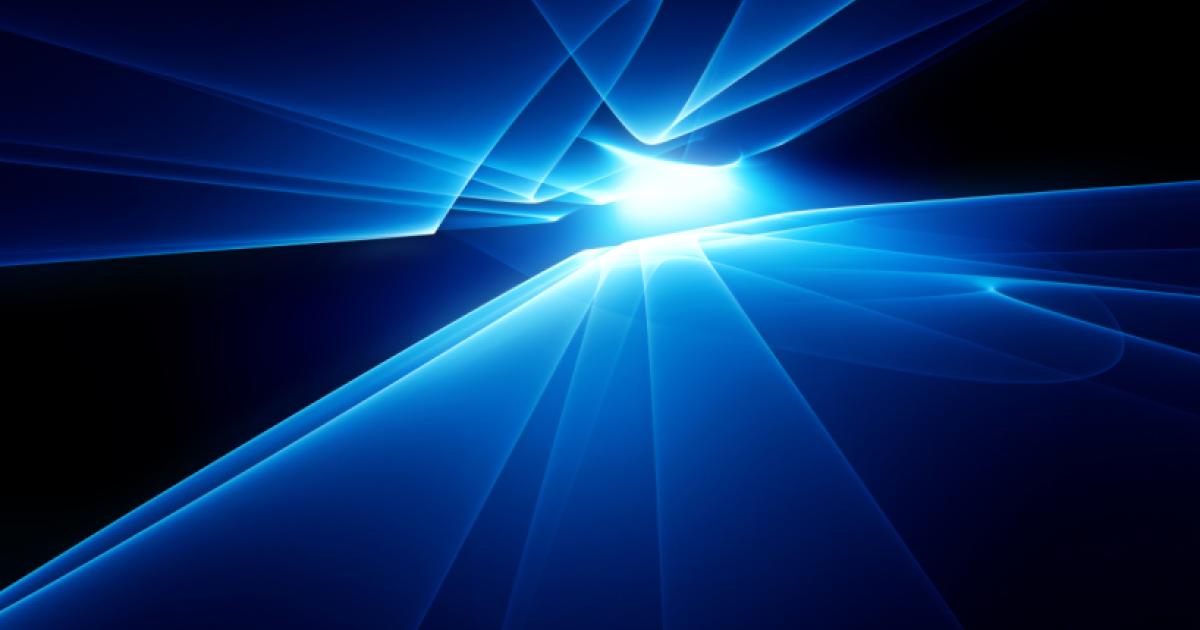 There’s been a lot of push from both left and right for the US government to regulate “Big Tech.” On the right, for example, Betsy McCaughey, a former lieutenant governor of New York, proposes two remedies for censorship by Big Tech. The first is “for Congress to regulate Big Tech like public utilities or common carriers, compelling them to serve all customers without viewpoint discrimination.” The second is for the Supreme Court to “limit Big Tech censorship.” On the left, Senator Amy Klobuchar (D-Minnesota) has a bill titled American Innovation and Choice Online Act (AICO) to regulate large tech companies that she thinks suppress competition. And this is just a shallow dive into the regulatory waters. Both left and right have proposed other regulations of Big Tech.

I’ve got another option: trust freedom to rein in Big Tech. Let other companies compete to provide services that some critics think Big Tech should provide. Will this sometimes happen slowly? Yes, although it will typically happen way more quickly than any government solution. The freedom solution, moreover, will avoid the unintended consequences that come about when government steps in to regulate.

In this article, I’ll focus on the case against what McCaughey advocates. In a subsequent article, I’ll discuss the problems with the kinds of government interventions that Klobuchar and others advocate.

Some major firms that are part of Big Tech, such as Alphabet (owner of Google) and Facebook, suppress the expressions of various viewpoints that some employees of those firms dislike or disagree with. While the reason given for such suppression is typically that the viewpoints are incorrect, there is often reason to think that the viewpoints might well be correct but that some of the firms’ employees simply don’t like those viewpoints.

A case in point is an Uncommon Knowledge interview of Hoover senior fellow Scott W. Atlas by another Hoover fellow, Peter Robinson. In the interview, which appeared on YouTube on June 23, 2020, Atlas argued that the lockdown restrictions to combat COVID-19, which had been put in place earlier that year, were an overreaction. He argued, correctly, that children are at little risk of dying from COVID. He also argued that students in K–12 don’t pose a significant risk to teachers. On September 11, 2020, YouTube, owned by Google, removed the episode on the grounds that it video violated YouTube’s guidelines. How so? An unnamed employee at YouTube stated:

YouTube does not allow content that spreads medical misinformation that contradicts the World Health Organization (WHO) or local health authorities’ medical information about COVID-19, including on methods to prevent, treat, or diagnose COVID-19 and means of transmission of COVID-19.

One of YouTube’s difficulties seemed to be with Atlas’s statement, at about the 17:14 point of the Uncommon Knowledge video, that there is “virtually zero risk” to children from COVID. It seems that the YouTube employees involved did not know what the word “virtually” means. To say that there is “virtually zero risk” is not to say that the risk is zero: it is to say that risk is very small, which, by the way, it is. Another of YouTube’s objections seemed to be with Atlas’s statement that students don’t pose a significant risk to teachers. Of course, whether that’s true depends on the meaning of the word “significant.” Reasonable people can disagree.

YouTube’s action is troubling on two grounds. First, YouTube seems to rely heavily on WHO, a highly political entity, for the truth about medical information. Second, its reliance on WHO is highly selective. While most of the visible US health authorities recommend six-foot spacing between people to slow the spread of COVID, the WHO recommends only three feet (1.5 meters). Has YouTube removed other content from those who advocate a six-foot distance? I’m willing to be informed otherwise, but I doubt it. It seems much more likely that YouTube removed the video because one or some YouTube employees didn’t like Atlas’s message and worked hard to find some basis for their opposition. (YouTube eventually reinstated the video, but only after requiring Uncommon Knowledge to display a disclaimer at two points during the interview.)

In short, the objection to some of Big Tech’s behavior is sound. I don’t think of it as censorship because the term “censorship” has traditionally been used to refer to governments that threaten to use force to prevent people from expressing certain ideas. For example, the Federal Communications Commission, a US government agency, censors. YouTube, by contrast, does not use or threaten force. Instead, it disallows certain viewpoints from being expressed, even if the viewpoints are backed by evidence. That’s troubling and even disgusting, but it’s not censorship. Moreover, YouTube has the right to choose, and should have the right to choose, what content it carries.

The Problems with Regulation

When people see something they dislike, it seems to be a human pattern, if not literally human nature, to advocate government regulation. I see it time after time. I don’t like A; therefore, I want the government to ban A.

Take, for example, the first of Betsy McCaughey’s proposals above. What would happen if various tech companies were made into public utilities that would no longer be free to decide what content to allow? She seems to focus on the content that she (and I, for that matter) would like them to allow. What does she not seem to think about? The content that both she and I would be happy for the tech companies to disallow. What if, for example, some people would like to pose pictures and videos of naked people engaged in sexual activities? If the public utilities can’t decide to disallow such content, then more of it would appear, even on sites that young children might have access to. Or what if the Ku Klux Klan wanted YouTube to show its rallies? Do a search on YouTube for “Ku Klux Klan” and you will find many videos. None of the ones I found were put there by the KKK but, instead, were videos made by critics of the KKK. But if the government were to say that YouTube must take all comers, that would change.

Competition Cures a Lot of Ills

Consider the incident that McCaughey discusses in, and that seemed to motivate, her recent op-ed: the refusal of GoFundMe to turn over to the intended beneficiaries the millions of dollars it collected for the Canadian truckers’ protest. Like her, I was outraged by that. I had had no idea that GoFundMe could refuse to turn over money. GoFundMe’s argument was that the money would be going to lawbreakers. It should be noted that that objection didn’t seem to stop GoFundMe from turning over funds to Antifa in Portland.

But something else happened. Another organization that I had never heard of, GiveSendGo, stated that if people contributed to the Canadian truckers through its site, the funds would actually get to the truckers. In short, along came a competitor. My further research suggests that GiveSendGo has also helped raise funds for some causes that I oppose. But there’s a simple solution: I won’t give money to causes that I oppose. And just as I never thought to boycott GoFundMe over its raising of funds for Antifa, I won’t boycott GiveSendGo unless it tries to pull the kind of switcheroo on donors that GoFundMe pulled on donors to the Canadian truckers’ cause.

In 2020, my wife and I contributed a lot of money to strangers on GoFundMe, especially to people in Minneapolis whose small businesses had been destroyed by arsonist thugs. I’ve probably used GoFundMe at least ten times in the last two years. But I was so upset by GoFundMe’s high-handed attitude that I went on Facebook to denounce the company. Then something interesting happened. Virtually as soon as I posted that I would no longer use GoFundMe, Facebook added another competitor: Facebook itself. Its message said:

When you need to raise money for something or someone important to you, your friends can help. Create a fundraiser on Facebook in a few quick steps.

Would Facebook be as effective as GoFundMe? I don’t know. I would guess that it would refuse to allow funding for some causes. But as long as it did so upfront and did not try to use donors’ funds for its own causes, that would be all right.

Incidentally, while I am not an expert on Ontario law, I tip my hat to GiveSendGo for its announcement that the Ontario government’s restraining order on distributing funds to the protestors will not stop it from doing so.

It should go without saying, but it’s probably worth saying. Nothing in this article should be taken to imply that I favor everything the Canadian protesters are doing. I’ve already denounced the protesters who, to oppose Prime Minister Justin Trudeau’s restrictions on freedom of movement, prevented innocent people from driving from Detroit to Windsor across the Ambassador Bridge.

Here’s another example of competition solving the problem of information suppression, this time by a major search engine. I had never considered using Microsoft’s Bing. Google has been my browser of choice for years. But recently I saw a talk on Zoom in which the speaker said he had been trying, using Google, to find a paper by a Chinese doctor that argued that the coronavirus resulted from a lab leak. He couldn’t find it using Google. He had heard of Bing.

So he went to Bing and put in a few key words and, as he said, “Bing!” There it was.

For an article I’m writing, I had been trying to find a quote from Washington state governor Jay Inslee in which he claimed seriously that he was the only person in Washington state who had the capability to save lives from COVID. Using key words, I had tried for almost an hour on Google to find the quote, but to no avail. So I went to Bing, entered a few key words, and then “Bing!” There it was.

Let freedom ring, and rein in.