Our presidential choices are grim. But we must defend classical liberal principles for the sake of America. 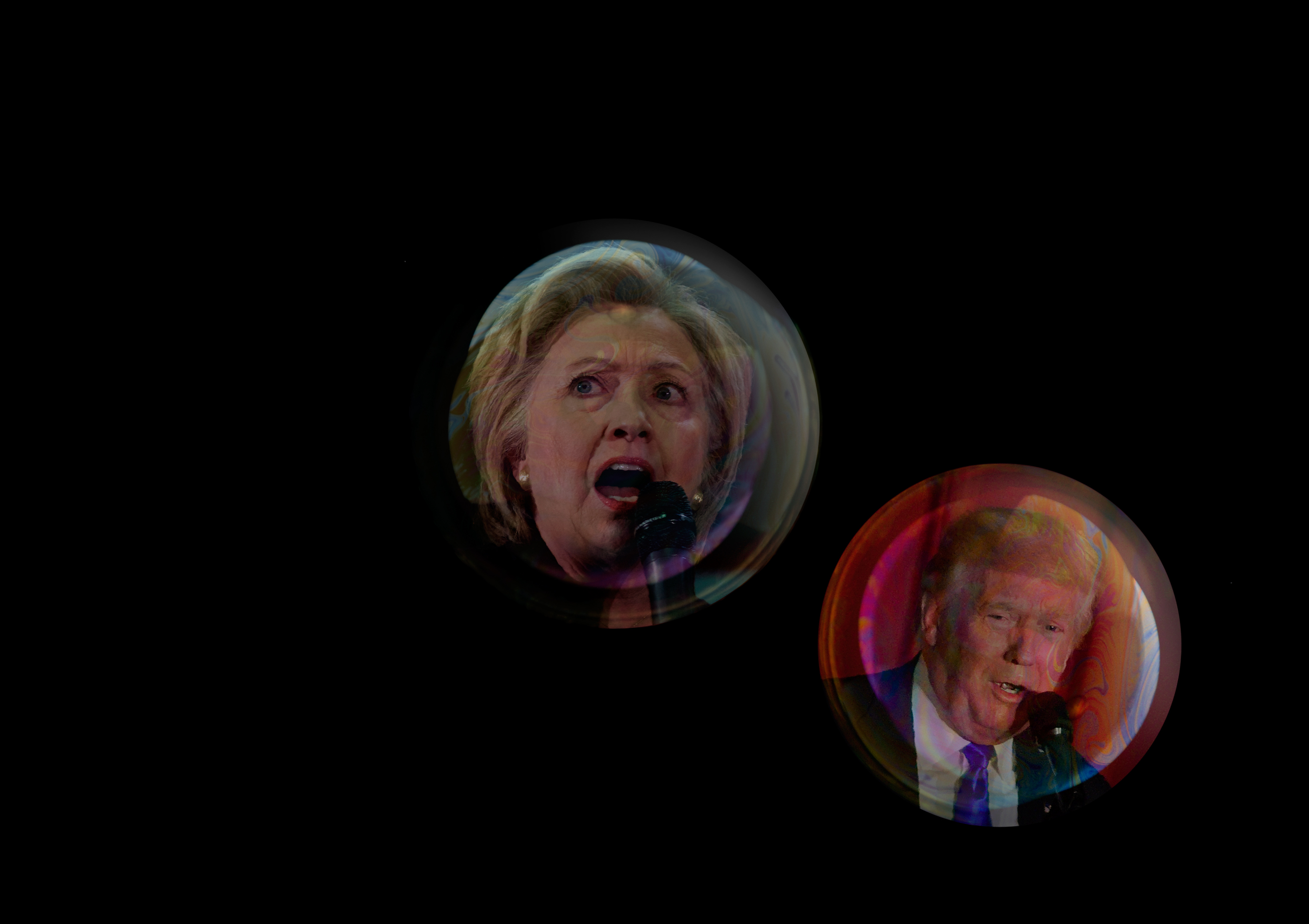 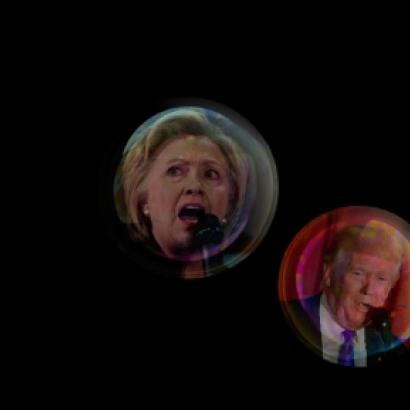 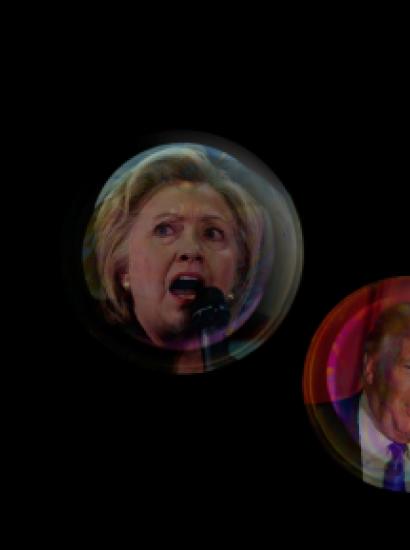 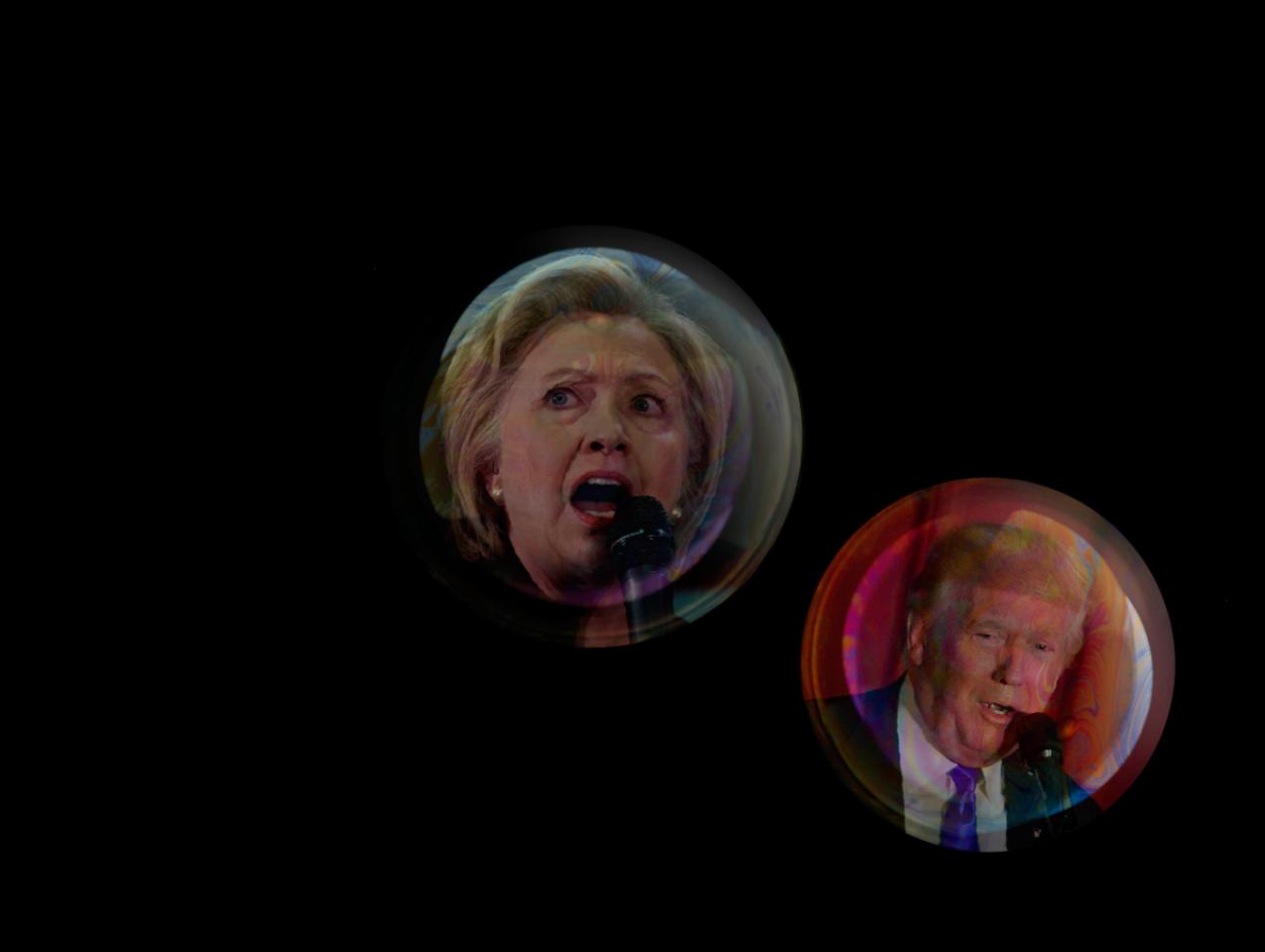 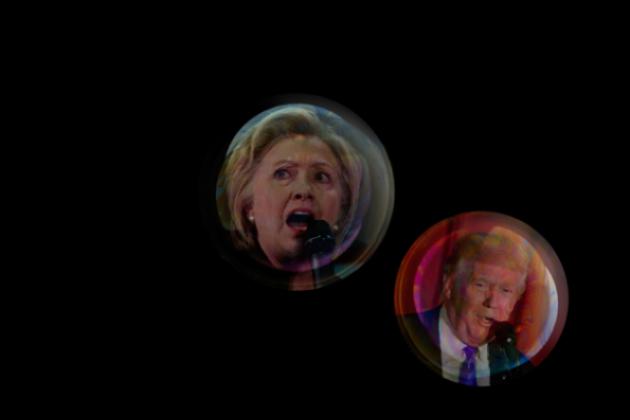 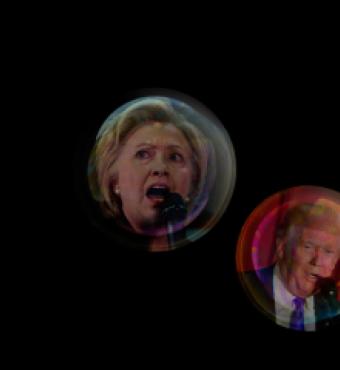 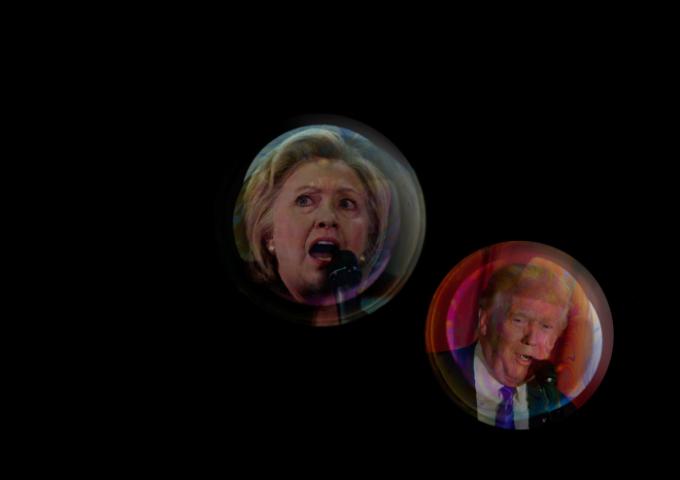 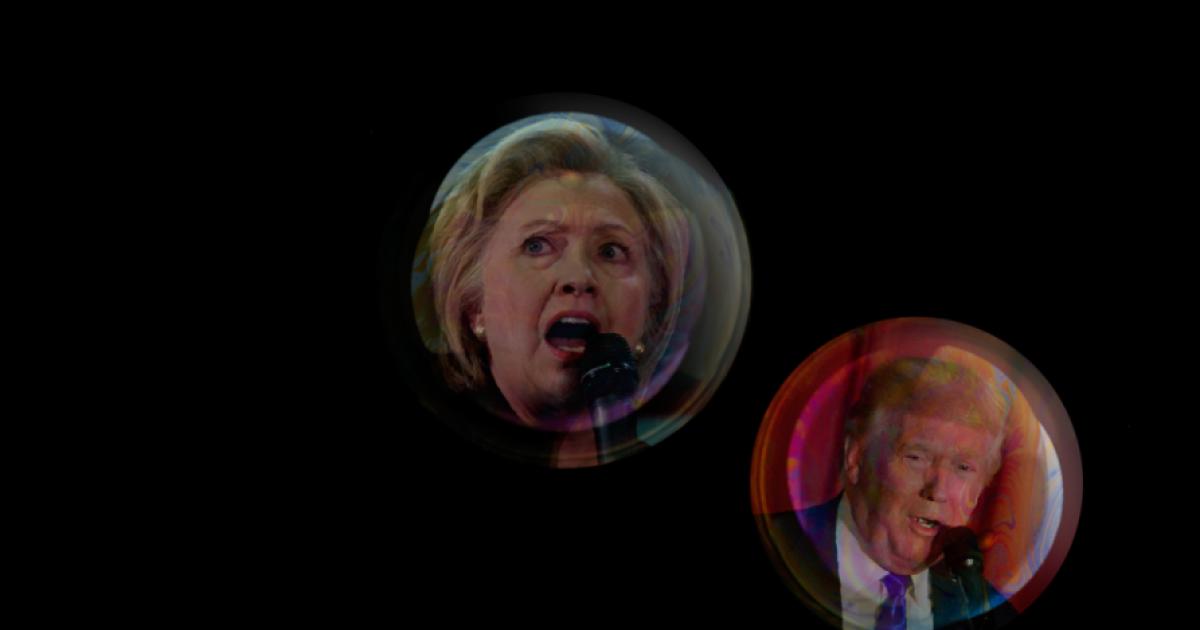 No matter which candidate wins this Tuesday’s election, the nation is likely to continue the downward slide that started with the election of Barack Obama as president in November 2008. In the last eight years, the nation has fractured morally; it has failed to grow economically; and it has been continuously embarrassed in its foreign affairs. As a lame duck president, Obama will likely do nothing to reverse these downward trends. But now consider our alternatives to replace him.

Hillary Clinton, the likely winner, has moved to the left of Barack Obama on many domestic issues: We can expect to see higher taxes, more regulation of the labor markets, futile and misguided efforts to rehabilitate the Affordable Care Act, hostility to free trade, enforcement of repressive environmental regulations, and a stoking of racial tensions. There is not a single major domestic policy issue on which she promises material improvement from her misguided and dogmatic predecessor. She speaks and thinks like a diehard progressive with scant respect for, or sympathy with, market institutions. On foreign affairs, she was once thought to be more hawkish than Obama. But as of late, she has fallen under the spell of the Sanders wing of the Democratic Party. She has also shown little unhappiness with Obama’s ill-conceived Iran nuclear deal.  Thus, she is unlikely to do much, if anything, to reinvigorate a weak American military establishment, and I fear she will continue with a passive policy of disengagement with the Russians, Chinese, and Iranians. Her recent policy pronouncements are a continuation of Obama’s, which means they could lead to a further erosion of American influence abroad, and, ultimately, the escalation of conflict in the Middle East.

Last, but by no means least, is that the stench of scandal will hang over her even if she is elected. The relentless exposure of her various lapses, rigorously dissected by Andrew McCarthy and Kimberly Strassel, among others, will not abate if she is elected president. She will have to fight a doomed three-front war dealing with the shenanigans of the Clinton Foundation, the palpable irregularities of her email server, and the lies and distortions that have come out even as the Department of Justice and FBI have slow-walked their criminal investigations of her conduct. Future waves of embarrassing disclosures could make it impossible for her to govern effectively.

She may well be put over the top by the recent Comey letter that stated that the FBI examination of the Abedin/Wiener server revealed no new information. But anyone who was skeptical of Comey for his suspect July 5 decision not to go further with the Clinton investigation will not be assuaged in the slightest by his most recent statement. Nor is it beyond the realm of possibility that she could be forced from office by some as-yet-unknown political time bomb.  No one can say.

But lest one be too critical of Hillary, there is Donald Trump, whose personal baggage means that his election carries the risk of bringing buffoonery, decadence, and political instability into the Oval Office, as well as possible investigations into sexual assault and fraud for his previous behaviors. On policy matters, he talks as if he is still cutting real estate deals in Atlantic City. His erratic behavior leads many to fear his control over our nuclear arsenal in his position of commander-in-chief and to doubt his respect of constitutional norms on such key matters as the rule of law and the separation of powers. His belligerent insistence on renegotiating international trade deals could lead to a major trade war that would cause incalculable damage to the United States and all of its many trading partners. Trump, it appears, has never heard of the principle of comparative advantage, and thus looks at American trade deals exclusively through the lens of the perceived “losers,” with scant appreciation of the systematic gains from trade. It is no wonder that most corporate executives have shunned his candidacy, given his apparent willingness to freeze out international markets. Likewise, his shrill immigration policy threatens to make it more difficult to run the domestic economy and stabilize his relations with Latin America and Muslim nations.

On most domestic issues, he is an empty vessel who has no political experience or intellectual skills to guide the nation forward. On social issues, he has the rare capacity to inflame racial tensions without cause, and to engage in gratuitous sexual slurs that further outrage public opinion. On foreign affairs, his oft-expressed disdain for treaties could usher in pandemonium on the most central military and economic issues.

It is not a pretty choice. What makes the current situation still more distressing is the polarizing impact that this campaign has had on the American electorate. It takes no sociological wizard to realize the deep antipathy that ardent Trump supporters have for Clinton, whom they think represents the bicoastal liberal elites and their favored minority groups. Clinton supporters return the favor by denouncing everyone who supports Trump as racists, homophobes, and kooks. Harsh talk like this has tended to abate during previous presidential elections. Traditionally, Democratic candidates tacked left while Republican candidates tacked right during the primaries to secure the nomination—only to both inch back to the middle in the general election in order to appeal to the ,median voter, on whom the outcome of elections was thought to hinge.

Unfortunately, this time around that movement to the center does not seem to be taking place. Instead, both parties have assiduously cultivated their respective bases in order to increase their turnout in the national election. To the extent that each tries to win over undecided voters, it is not with appeals to policy, but with denunciations of the character and temperament of the opposing candidate. And so the electorate has become more split, guaranteeing that the supporters of the losing candidate will bitterly resent the new president. There will be no honeymoon period, no reconciliation, only massive distrust. In one likely scenario, a Clinton presidency met by a Republican Congress will lead to renewed exercises of unilateral executive power, along with gridlock on just about every issue, including Supreme Court nominations, given that the president cannot move without the cooperation of Congress on such measures.

Faced with this unappetizing set of prospects, it is interesting to observe the different responses of the intellectual elites on the Democratic and Republican sides. Both are right to castigate the evident weaknesses of the other. But the Democrats are far too likely to whitewash Clinton’s many flaws and to claim that there are strong positive policy reasons to support her candidacy. After all, they don’t have any qualms with her aggressive brand of progressive politics. Interestingly, the response of Republican elites has been much more fragmented. There are many distinguished Republicans who so fear the erratic Trump that they are willing to support the Clinton nomination, warts and all. At the same time, many other Republicans find the prospect of a politically destructive and morally bankrupt Clinton administration too much to bear, so they are supporting Trump’s election and hope to restrain him while in office. And then there are those, like myself, who find the entire situation so unsettling, and both candidates so lacking in merit, that they will not vote for either.

I do not regard this last choice as irresponsible. I am thinking of my vote not just as a way to determine the outcome of an election, but also as an expression of the policies and public officials whom I am prepared to defend. The selection of one candidate over the other is like the purchase of a complex market-basket of goods. The only choice given to anyone in an election is to purchase all the goods in a particular basket or none. In most elections, it is commonly possible to have enough confidence in a candidate and a party platform to make this kind of choice. But in this election, my strong doubts about the character and integrity of both candidates, and my deep reservations regarding the substantive positions of both candidates, lead me to one conclusion. I cannot adopt the theory of vote for the lesser evil when both evils are so unacceptable.

I know that nothing that I could say would influence the decision of a President Clinton or her supporters on domestic issues if they were to control government. Our intellectual and ideological differences are so profound that I doubt that there is any common ground for discussion. One prevailing view is that Clinton has no abiding principles, and thus is always open to moving one way or the other depending on what’s most politically expedient at the moment. Yet my own sense is that she will resist any fundamental shifts in policy, such as reform of the ill-fated individual mandate under the Affordable Care Act. On foreign affairs, she is harder to read, although it is disappointing that she has not distanced herself from the Obama policies on Iraq, Iran, and Israel.

On the Trump side, the situation is more complex. On most policy matters, Trump is a blank slate, ill-prepared for office. Should he be elected, there are two questions to consider: first, will he listen to anyone, and, second, will he listen to the right people? On the former question, the odds are not good, given his willingness to disregard his staff and stumble down his own self-destructive paths. It’s impossible to answer the latter question, but the best thing Trump can do is to include in his inner circle the very conservatives and libertarians who, for compelling reasons, have most fiercely opposed his nomination. They will be reluctant to serve, but, in the end, many of them will overlook their seasickness in an effort to right the ship of state before it runs into the shoals.

Learning how to take advice is no easy art. All too many people assured me in 2008 that Barack Obama would be a fine president because he would get good advisors. What we got in the end was Valerie Jarrett, who drove away other potential advisors notwithstanding her utter want of substantive qualifications. Presidents always have a tendency to draw the wagons close around them when faced with these threats.

Nonetheless, regardless of whether Clinton or Trump is elected president, classical liberals like myself will be shut out of political influence. At this point, the only thing that we can do is to act as the loyal opposition. Economic growth is not necessarily doomed. It can be reinvigorated by sticking to the core principle of defending a limited government that understands its primary economic and social mission is not to purify the hearts and minds of those who disagree with its leaders, but to allow strong institutions, such as private property and the freedom of contract, to flourish, while offsetting the otherwise overweening power of the state. That mission requires strong opposition to the unilateral power of executive action and the unbounded power of administrative agencies. Abroad, it requires that the future president not withdraw from foreign affairs, or take a categorical stance against the use of force against those who attack or threaten our friends and allies in Western Europe, the Middle East, and in Asia.

These principles make sense no matter which party is in office. The job of the political and legal theorist is to keep steady on the course, and to demonstrate, time and again, the necessity for classical liberal positions on the full range of substantive issues. That third voice has to be heard, and heard often, in the impending political struggles that are likely to engulf the nation in the months and years ahead.