With the departure of Sepp Blatter, FIFA should look to hockey and basketball to reform its game. 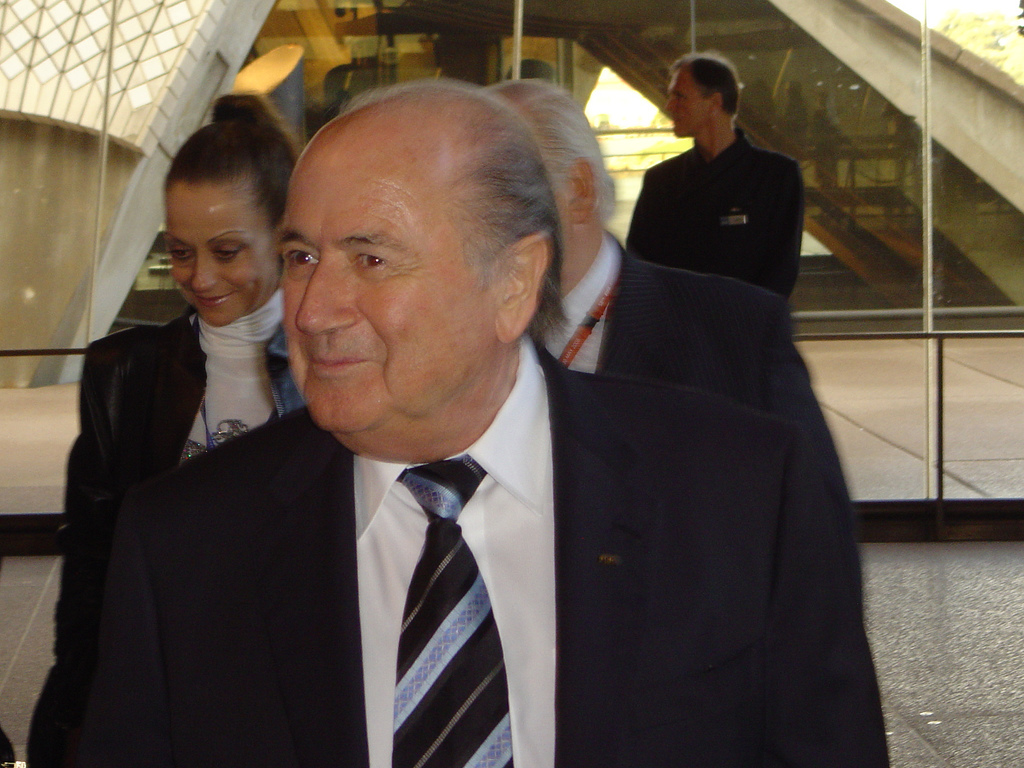 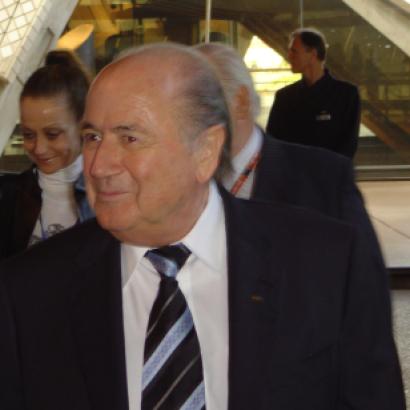 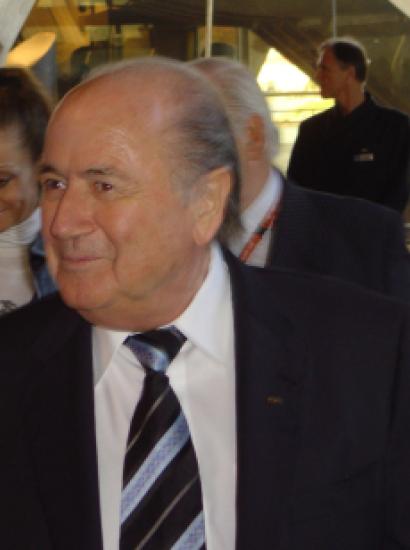 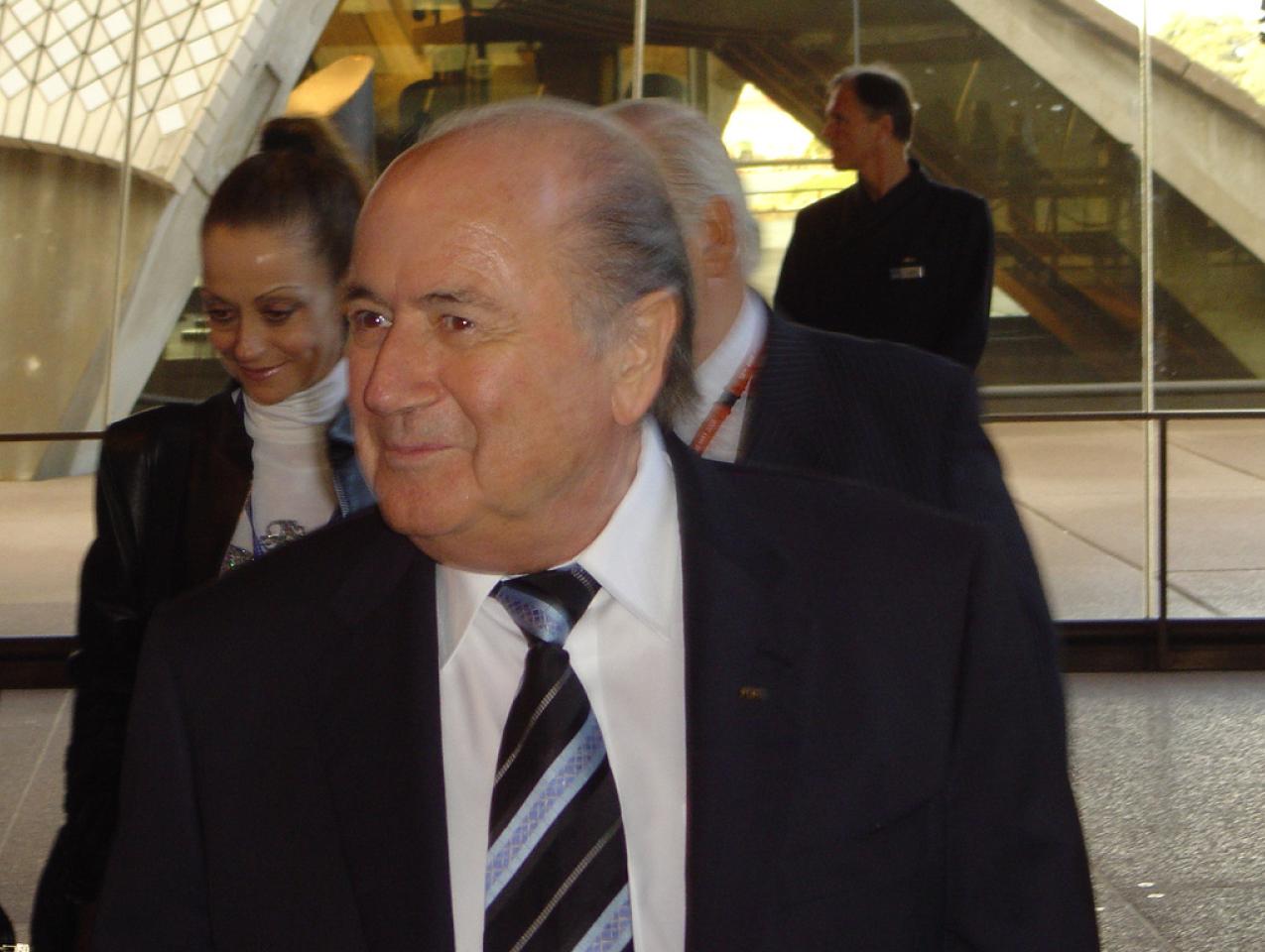 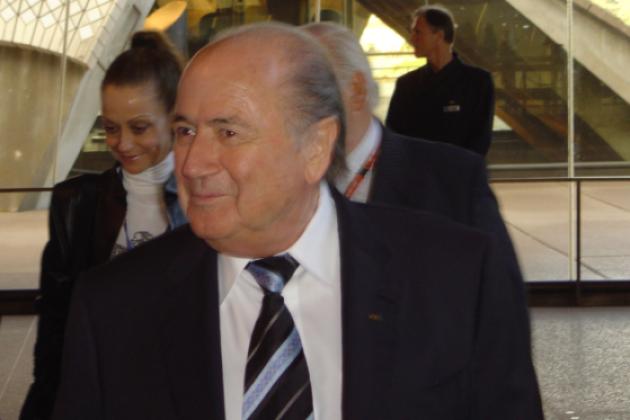 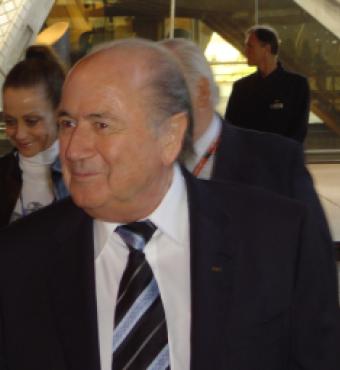 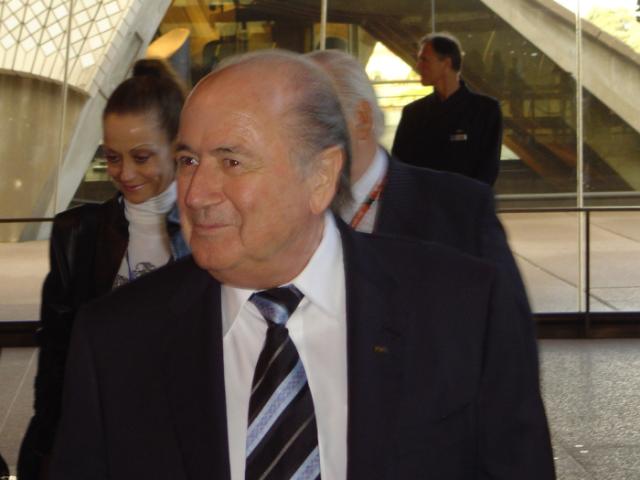 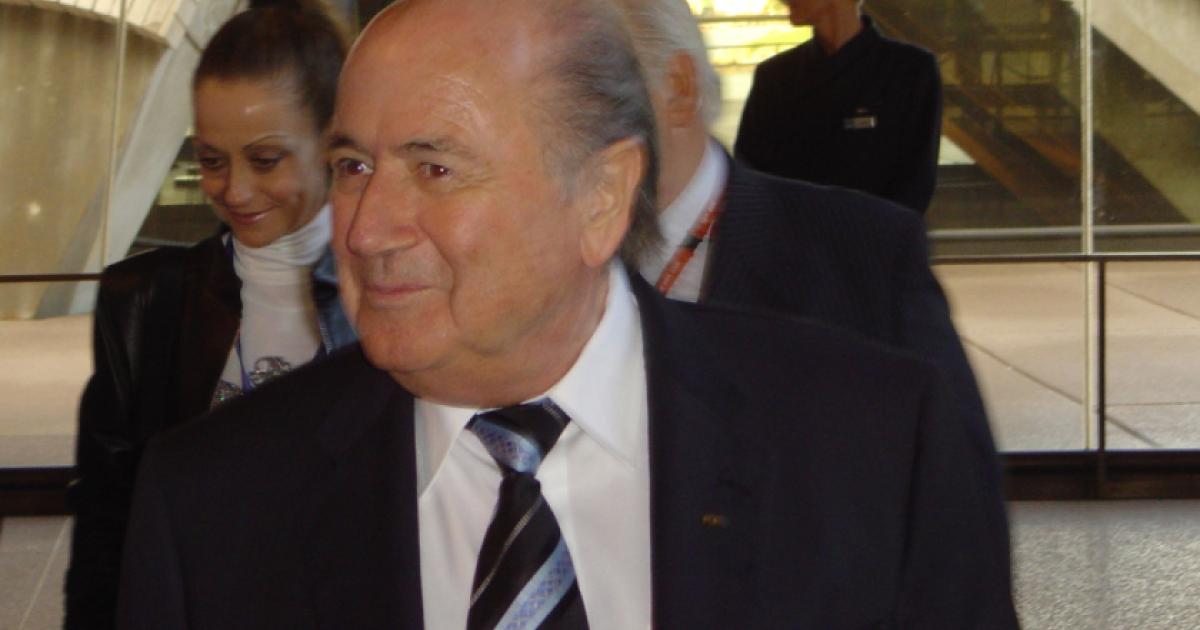 Football—or as we Americans call it, soccer—has been shaken to its roots with the recent FIFA scandal. It would be convenient to assign the blame to the greed or incompetence of certain individuals who hold high places inside of the organization. But that explanation leaves a lot out of the total picture.

Of course, some people are to blame. High officials in FIFA have been accused of taking bribes. Then there were the corrupt deals that resulted in the simultaneous selection Russia and Qatar to host the 2018 and 2022 World Cups respectively. And, of course, FIFA’s former president Sepp Blatter resigned in part because the pending investigations have yet to address the question of how much he knew of the corruption and even whether he was involved in it.

But the list of particular derelictions, however long it may be, takes the worm’s eye view of the subject. This cascade of errors does not happen by accident. It takes place in large measure because of the faulty governance structure inside of FIFA. The dangers here are obvious. The worldwide popularity of soccer generates huge sources of wealth over which there is no clear ownership structure. It therefore pays for all sorts of unscrupulous actors to work overtime to direct some of that cash in their own direction. The only possible counter to that problem lies in finding an internal constitution that puts in place safeguards against that eventuality.

One obvious solution is for the president of FIFA to be subject to a strict two-term limit on service in office. Rotation in office has long been one of the best protections against abuse. Next, the fact that FIFA operates under a “one nation one vote” policy makes it look like the dysfunctional United Nations without a Security Council. Votes are power, and when power is not distributed in accordance with the size of stakes, small nations can hold up large ones for a greater share of power and resources. There is no obvious fix for this issue, but surely FIFA should consider a more complicated institutional structure that gives the major (and I dare say less corrupt) nations greater control over its operations.

It would be wrong, however, to assume that the difficulties with FIFA stop at the institutional level. In the United States, the basketball and hockey playoffs have taken center stage. Anyone who watches all three sports will quickly realize that the defects in FIFA’s governance structure are not only felt in the boardroom, but also on the playing fields. As a game, I leave it to others to decide which sport they prefer. But as a set of game rules, as I have long argued, soccer is so sadly deficient that much has to be done to fix the sport. Much of the responsibility for the sad state of the rules lies with the Blatter. During the many officiating problems of the 2010 World Cup, he said that “uncertainty and subjectivity boost the sport.”

They actually do the exact opposite. Here are some of the most serious problems with soccer:

First, soccer is an underofficiated game. A soccer field is larger than an American football field, yet on the field the game has only one referee and two linesmen, each of whom patrols only one half the field from the sideline. Basketball uses three officials on a far smaller court. Hockey has two referees, two linesmen, and a video judge for goals. The thin officiating corps leads to all sorts of unnecessary errors that are apparent to every fan who has the benefit of replay equipment. Doubling the number of officials should reduce the number of errors. Having a video camera review of all apparent goals should reduce the number of times that good goals have been disallowed and bad ones counted.

Second, soccer has an atrocious penalty structure for various infractions. Its penalties are either too severe or too lax. Often a free kick does nothing to help a team, even if it comes as a result of a serious infraction. Yet, on the other hand, yellow and red cards are usually far too severe if they result in the expulsion of a player, without the opportunity of substitution. The situation gets even worse whenever yellow cards are carried over from one game to another. In every game all the players should have the benefit of a fresh start.

In this regard, the hockey rules are far superior. Each infraction is treated as a discrete event, where minor penalties require a team to play short-handed for two minutes, after which the player can return to the ice. These are complemented by major penalties that last five minutes. During that time, the short-handed plays open up strategic possibilities that are not available when the teams are at equal strength. Double penalties make the game more open still. When an individual player is expelled from the game, another player may take his place after the penalty period expires. There is no situation where an ejection for a red card or a second yellow card in the early minutes of the game leaves a team short-handed for the rest of the game.

Not having penalties proportionate to the offense creates perverse incentive effects on players and officials alike. The definitions of all infractions, especially those that turn on intent, are often subject to disputation. Players will try to inch closer to the line, daring the referee to respond with the nuclear option. Lower the stakes, and referees will be less reluctant to impose a penalty that now fits the offense. Players will respond by avoiding silly plays that can subject them to penalties.

Another great weakness in the penalty structure comes from penalty kicks for various offenses, some quite trivial, inside the penalty area. Here the punishment is too severe for the crime, as it makes no sense to have a tied game where one team gets a hard-earned goal and the other a dubious penalty goal. Two corrections seem in order. The more modest of these is to move the penalty spot back a meter, which would reduce the likelihood of a successful conversion.

The second is to change the scoring system to bring it in line with the rules of basketball, which awards one point for a foul and two or three points for a basket. I doubt that anyone could make the case for a three-point line in soccer, but it would make eminently good sense to allow two points for a regular goal and only one for a penalty. Getting the right relative weights should lead to fairer outcomes and fewer draws, and reduce the enormous stress from penalty calls. Soccer made a major improvement when it decided to award three points for a win and only one point for a draw, precisely because it improved the incentive structure for the game. The same should be done here.

Finally, soccer should consider the adoption of the same free substitution rules that are allowed in basketball, hockey, and football to replace its current regime that allows for only three one-time substitutes into a game. It is evident from watching the 2014 World Cup that the fresh legs of a new player matter, especially for games that go into overtime. The entire pace of the game would pick up if teams were permitted to make unlimited substitutes during any timeout. Any player who is taken out of the game should be allowed to return at the next time out without limitations.

The traditional soccer purist claims that soccer’s substitution rules put a premium on athletes’ conditioning, which is of course an attribute to be prized. But anyone who has watched the helter-skelter pace of basketball and hockey knows full well that the athletes in those sports are highly conditioned as well. The free substitution rules thus have two huge advantages over the current system.

Soccer games last 90 minutes, and no superbly conditioned athlete can keep up maximum pace for more than a small fraction of that time, so they have to loaf a bit to regain their strength. Allowing unlimited substitutions would speed up play, as fresh legs would be met with fresh legs throughout the game. In hockey, continuous line changes usually take place every minute, which allows for the furious intensity of the game. In basketball, where there are more rest periods, players have more opportunities to recharge.

Every team knows that it has to rest its stars in order to succeed, which in turn puts a greater premium on it finding back-up role players to fill those critical minutes. The rate of injuries would likely go down as well, as players, especially in overtime games, would not be pushed to the brink of exhaustion and beyond, thereby jeopardizing their ability to play in future games.

The second advantage relates to the greater role of coaches, who would now be faced with more strategic choices on whom to substitute in, when, and for how long. Match-ups between star players could be made more explicit. Players who are a bit lost could be called over to the sideline for a bit of coaching. A team that is behind could introduce more attacking players into the mix. A team that is ahead could rely more heavily on defensive specialists. At the end of the game, the overall speed can increase when the starters come back in for their final push.

But will these changes really work? The best way to find out is to introduce them gradually, first in friendly matches and then in serious competition, which should allow for an orderly transition. But the time to get started on this transformation is, well, now. None of these changes alter the essential characteristics of the game or reduce the level of skill that is needed to excel in it. In all likelihood, what the rule changes would do is to improve the overall level of play on the field at any given time, which can only increase fan enjoyment of the sport. Now that Sepp Blatter is gone, the new management should rethink the rules of the game from the ground up. Better governance in the boardroom should lead to a better product on the field.